Journey to the Marche, among villages and shops 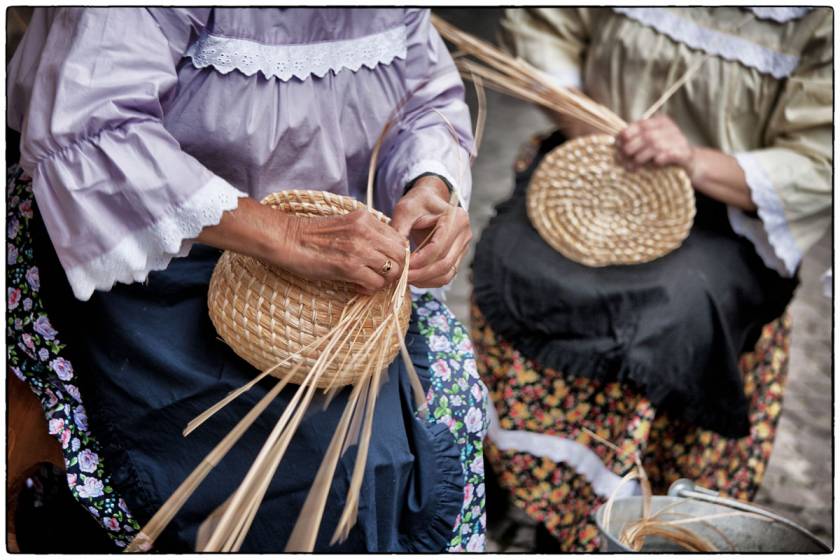 Slow tourism, the one that goes to the discovery of destinations, savoring the details and the genuineness of the genius loci with all five senses, finds in the Marche infinite and fascinating itineraries to follow, uncontaminated landscapes of rare beauty in which to get lost without the hassle of timetable, scenic historic villages that seem suspended in time. And among alleys and streets that invite you to slow down, visitors can only let themselves be guided by the scents of local products and traditional dishes and by the noises of ancient knowledge that resound from workshops and artisan shops.

Arts and crafts
An ideal journey in search of the typical "know-how" of the Marche region can only start from the delightful village of Offida, in the province of Ascoli Piceno, famous all over the world for the tradition of bobbin lace, an art whose origins are lost in the night of time - it is thought to date back to around the fourteenth century - and which Offida also celebrates with a monument dedicated to the lacemakers at the beginning of the inhabited harvest.

Also in the province of Ascoli, moving to Acquaviva Picena, it is possible to admire the ancient art of paiarole, the baskets made by the women of the village with wheat straw, wicker and various types of marsh reeds, while in Force they can still be seen at opera i ramai - interesting is the dedicated museum, inside Palazzo Canestrari - intent on creating everyday objects in glittering copper.

And if the story has it that this process was started by the Farfensi monks, the legend tells instead that it was brought by a skilled gypsy coppersmith: lost his voice due to the envy of another gypsy, the man begins to teach young people the working of copper expresses itself through incomprehensible sounds, which have taken the name of “baccajamento”, the original Forcese dialect often identified as the language of the coppersmiths.

Ascoli Piceno too, with its splendid square-lounge, boasts an ancient artisan tradition, that of ceramic processing, dating back to the end of the fourteenth century with majolica factories specialized in enamel decoration and which today is told in the Museum of Ceramic Art set up in the thirteenth-century church of San Tommaso.

Go for "capitals"
Moving to the province of Fermo, we meet Montappone, recognized as the European capital of the straw hat - to which a delicious museum is also dedicated -: already in the eighteenth century, in fact, sharecroppers gathered in the stables to spin, weave and weave baskets, hats and brooms of sorghum, using straw. Over the centuries, the country has been able to refine the manufacturing techniques to create a real industry in the sector, still flourishing today.

From one "capital" to another, Castelfidardo, in the province of Ancona, is the internationally recognized homeland of the accordion, invented by Paolo Soprani from Castelfidardo who, in 1863, sensed the potential of the accordion and adapted it to tastes and styles music of the period.

Not far away is another artisan excellence, particularly paper processing, which earned Fabriano the nomination of Unesco Creative City. The filigree technique that makes Fabriano paper unique was invented by local master papermakers in the second half of the 13th century and even today Fabriano remains one of the few places in the world where paper is produced by hand, as the interesting museum housed at the inside the convent of San Domenico.

Finally, the province of Pesaro Urbino also boasts noteworthy artisanal and artistic productions, such as the pottery made on the lathe with the typical black aubergine or reddish brown color of Fratte Rosa, the precious historiated majolica of Urbania, the refined ceramics with Raphaelesque-inspired decorations of Pesaro and the precious worked stone of S. Ippolito, which embellishes almost every building in the choreographic village with friezes, niches, images, portals, shelves and frames.www.turismo.marche.it