Myanmar: from dictatorship to tourist destination

Known as Burma, Myanmar is a nation in Southeast Asia with more than 100 ethnic groups. It is a country that offers a great deal to its visitors, from cities and religious buildings to natural beauty. 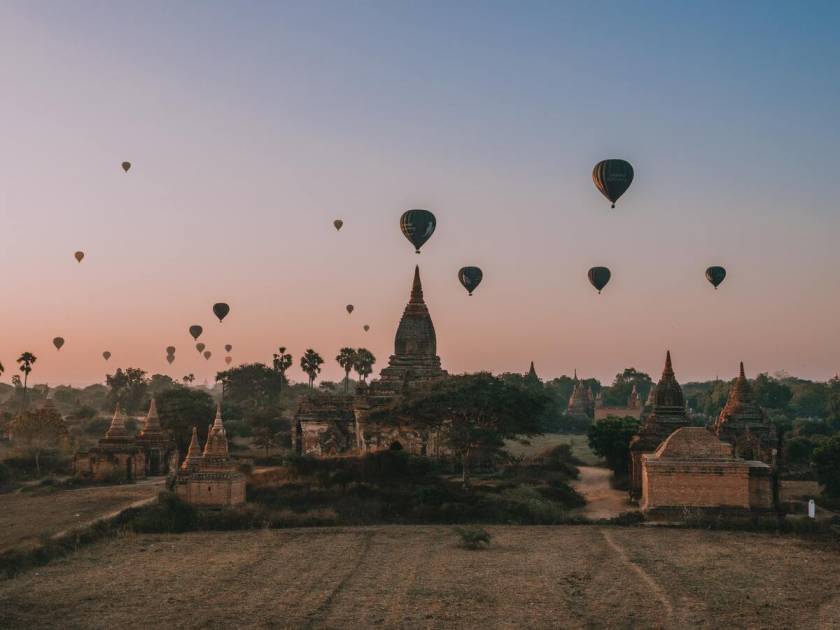 Myanmar (formerly Burma) has an eventful history. After a succession of kingdoms in the Middle Ages, the British army defeated the Burmese army for the first time in 1824. When the Southeast Asian country managed to free itself from British colonial authority in 1948, a military dictatorship was imposed. Since then, Myanmar has changed a lot and even managed to become a popular destination for tourists. But again, at the beginning of 2021, the country suffered a new coup d'état.

Before the colonial period

From the 15th century onwards, the Burmese established relations with the Venetians. In the 18th century, they came into contact with the French. Although traces of earlier settlements have been found, the Pagan Kingdom, founded in 849, is considered the first Burmese kingdom. The new kingdom forged very close ties with India and China and became extremely prosperous. During this historical period, artistic masterpieces were built, including many temples and monasteries that can still be visited today.
After the fall of the Pagan Kingdom - the capital of the ancient kingdom - Burma was divided into three new kingdoms: the Kingdom of Mrauk U in the Arakan region, the Kingdom of Hanthawaddy, whose capital was Pegu, and the Kingdom of Ava. The latter was later able to reconquer the whole country. 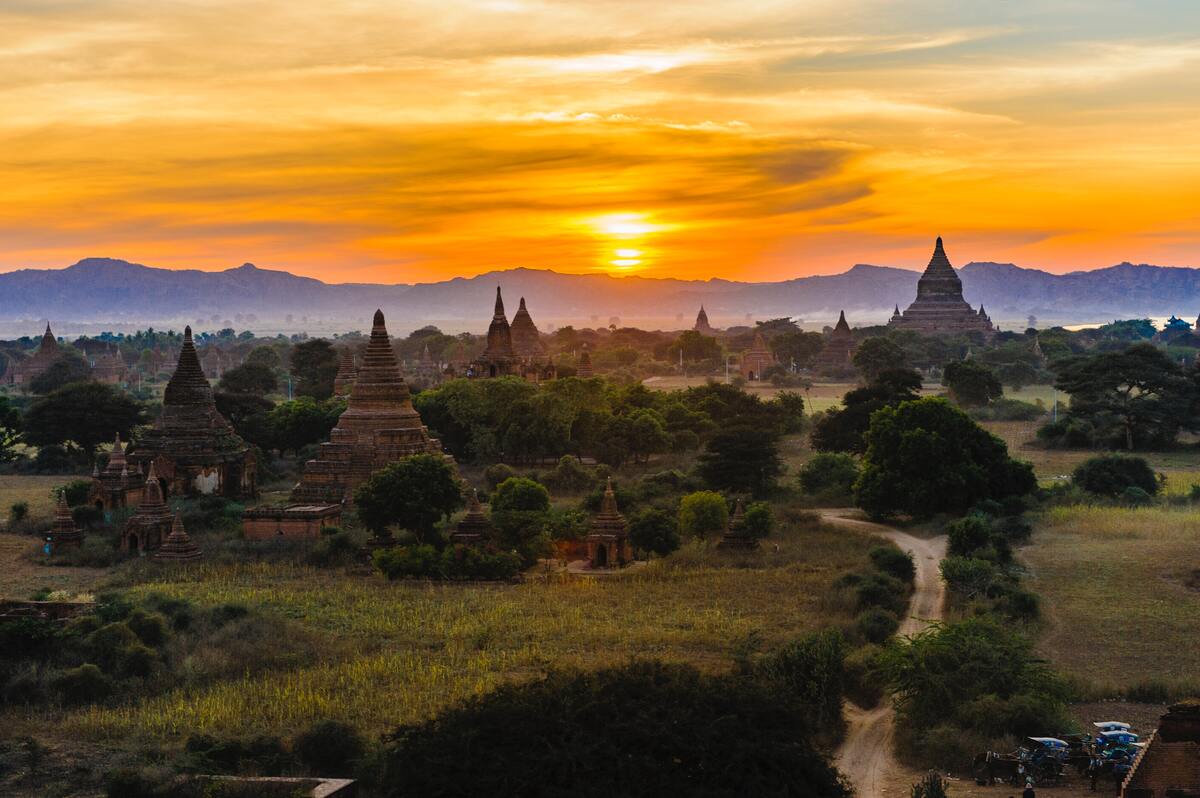 Valley of the Temples in Bagan - Alexander Schimmeck

The first victory of the British army against the Burmese army took place in 1824. The British then decided to annex the kingdom and open a gap between India and Singapore. In 1886 Burma officially became a province of British India, with Yangon as its capital. In 1930, tensions began to rise and nationalists seized the opportunity of the Second World War to break free from the British. On 4 January 1948, after the assassination by U Saw assassins, Aung San, Burmese general and politician, Burma was declared independent. 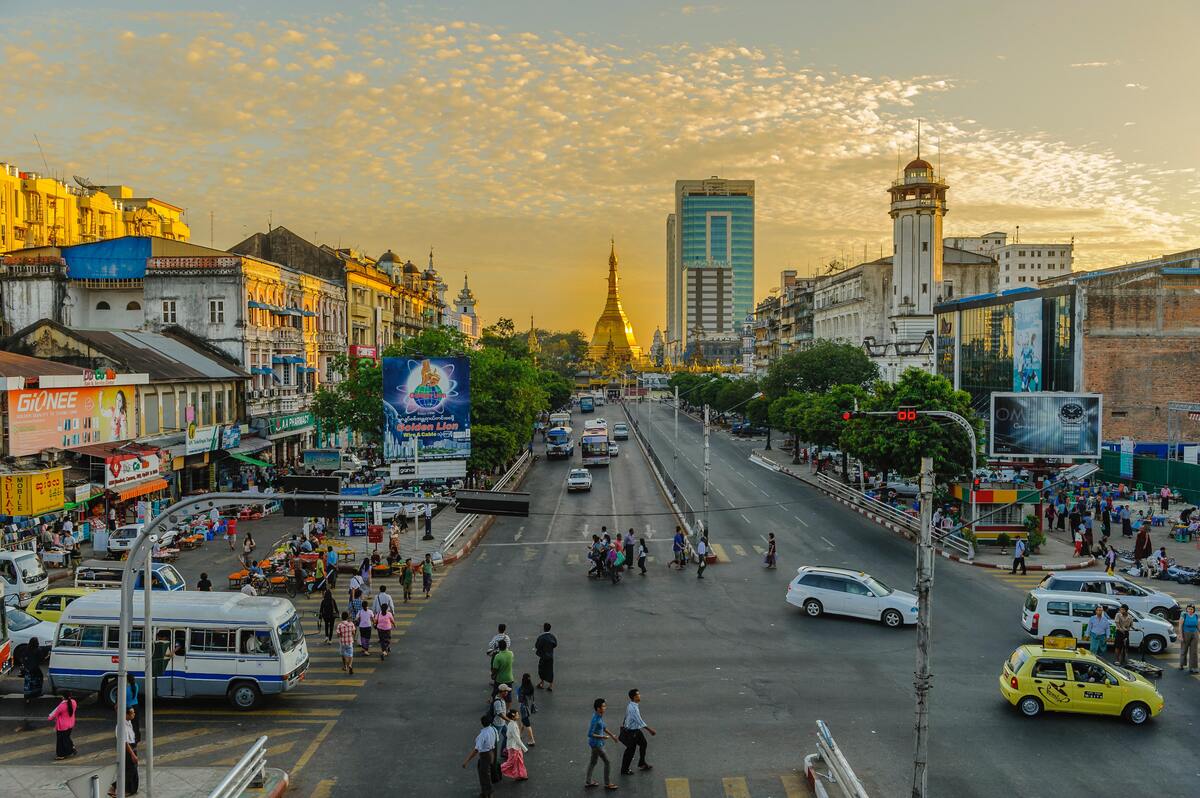 On 2 March 1962, the government was overthrown by a military dictatorship that imposed its power. Several dictatorships followed. Aung San Suu Kyi, Aung San's daughter, who had already been exiled in the past, returned to the country to found the National League for Democracy (NLD). In 1989, the military junta changed the country's name to Myanmar. The following year, Aung San Suu Kii's party won the elections, but the ruling government banned her party.
The military junta was officially dissolved in 2011 after a natural disaster struck the country in 2008. Burma was then able to open up to the rest of the world. On 8 November 2015, Aung San Suu Kii's Democratic Party won the elections and the country entered a period of democracy. 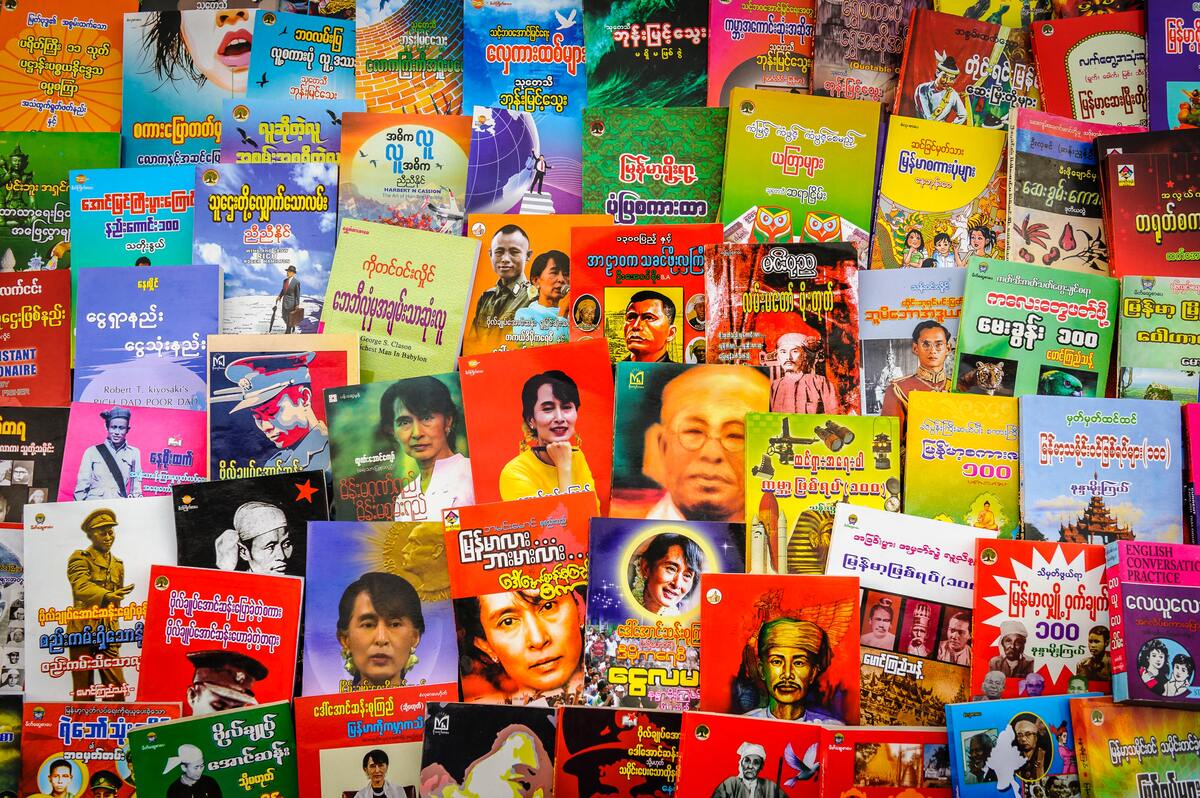 Books at the market - Alexander Schimmeck

What to visit in Myanmar

Since then, Myanmar has become an increasingly popular tourist destination. It is a country that offers a great deal to its visitors, from its cities and religious buildings to its natural beauty. For city lovers, Naypyidaw, the country's capital, is best known for its pagodas, such as Uppatasanti Pagoda - also known as the "Peace Pagoda" - fountains and museums. In addition to the capital city of Naypyidaw, the economic heart of the country, Yangon, also offers many attractions. The city's buildings give tourists a glimpse of the country's history and the city's markets, such as Bogyoke Aung San Market, offer an insight into local life.
Religious sites impress tourists not only with the beauty of their architecture, but also with their solemn and embracing atmosphere. Yangon is home to the Shwedagon Pagoda, a 2018 candidate for UNESCO World Heritage status. The Bagan Valley, also known as the Valley of Temples, offers an unmistakable panorama that combines the sinuous lines of the buildings with the harsher lines of the landscape. Not to mention the Golden Rock, the Kyaiktiyo pagoda, the third most important place of Buddhist pilgrimage. Finally, for those who prefer to immerse themselves in nature, a visit to Inle Lake is recommended, to stay in one of the small hotels in the area and explore the small shops and bazaars along the lake. Mount Popa is another popular destination. It is a volcano on top of which an imposing monastery was built, a place that leaves you speechless at its majesty. 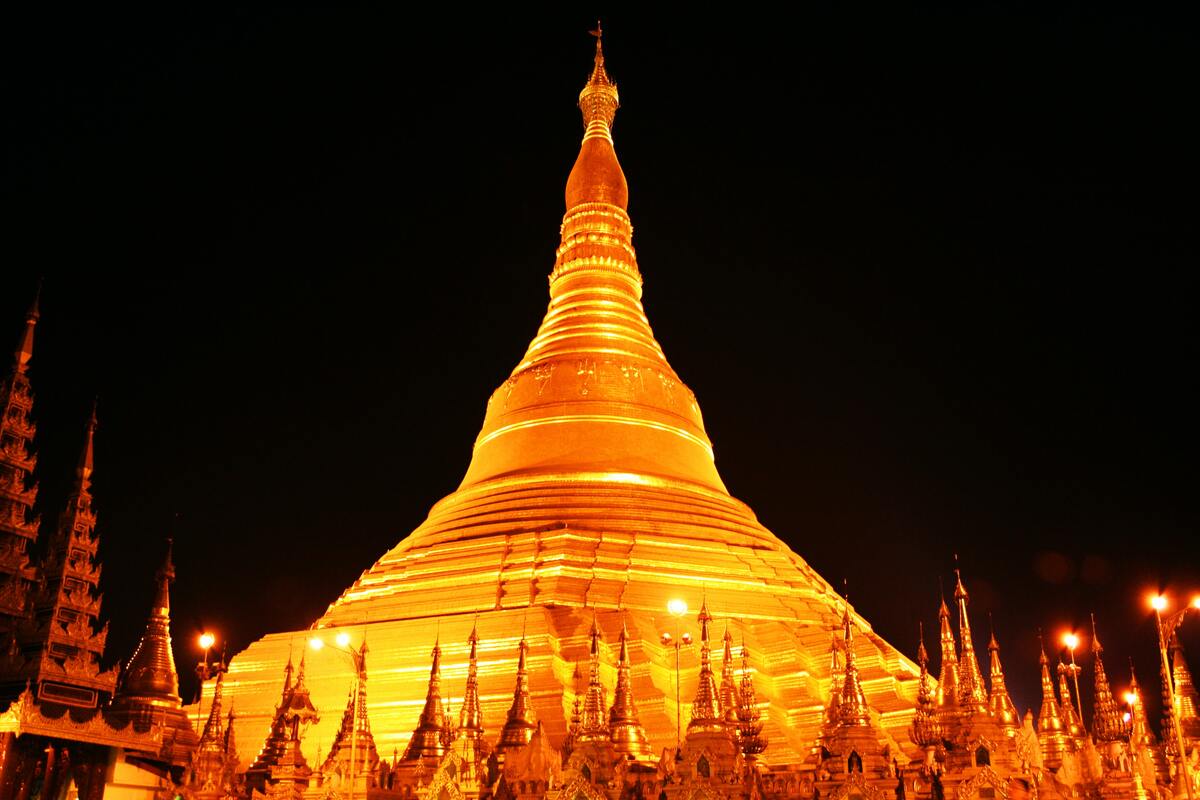 To discover all the wonders Myanmar has to offer, you need to apply for a visa. In order to boost tourism, Myanmar has introduced an electronic visa system. Myanmar visa can be applied for conveniently online, saving tourists long queues at the airport. On arrival, simply make your way to passport control.
The electronic version of the visa for Myanmar is valid for 90 days and allows you to stay in the country for up to 28 days. It can also be applied for by all EU citizens.

However, the country's history continues to unfold. Just this year, Myanmar suffered a new coup d'état. State councillor Aung San Suu Kyi, the country's president and other leaders of the ruling party were arrested and detained by the Tatmadaw, Myanmar's army, which then declared a year-long state of emergency. Power was handed over to the commander-in-chief of the armed forces and the coup sparked huge protests across the country. Therefore, before travelling to Myanmar, it is advisable to consult the dedicated page on the website of the Ministry of Foreign Affairs, available at https://www.viaggiaresicuri.it/country/MMR.

4 amazing places to discover in New Zealand
Menorca: the classroom where nature teaches
5 villages along the spectacular north coast of...
More...