Share
The Tuscia Viterbese is one of the most fascinating areas of Lazio, not only from a naturalistic point of view but also from a historical one: this is the land of the Etruscans, an ancient pre-Roman civilisation that has left many traces on the territory, in particular the necropolis of Tuscania and Tarquinia. Just 39 km from Viterbo is the small village of Oriolo Romano, located about 400 metres above sea level in the Sabatini Mountains, in the heart of the Bracciano-Martignano Regional Natural Park, surrounded by the ancient beech woods of Monte Raschio, a UNESCO World Heritage Site. A stone's throw from Oriolo Romano is also "Olmate", a beautiful complex of avenues lined with shady beech trees that lead to the seventeenth-century Hermitage of Montevirginio, just 3 km from Oriolo Romano. 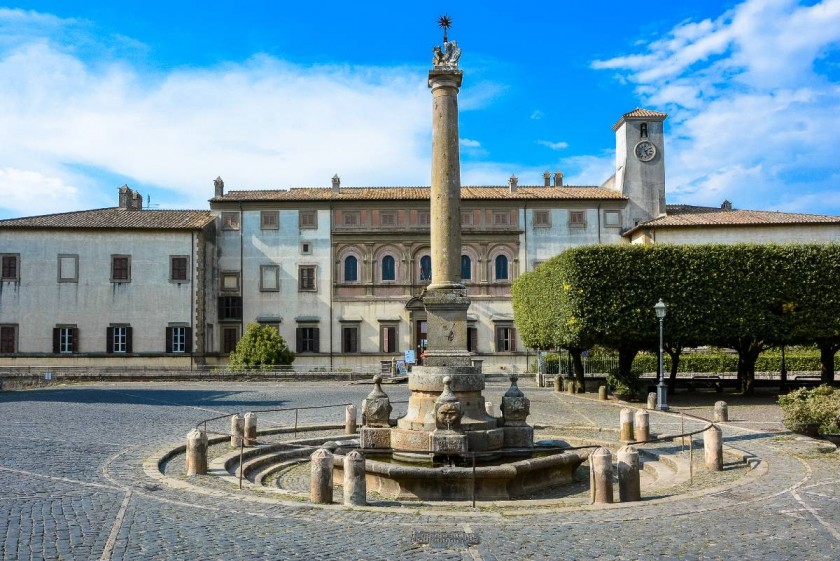 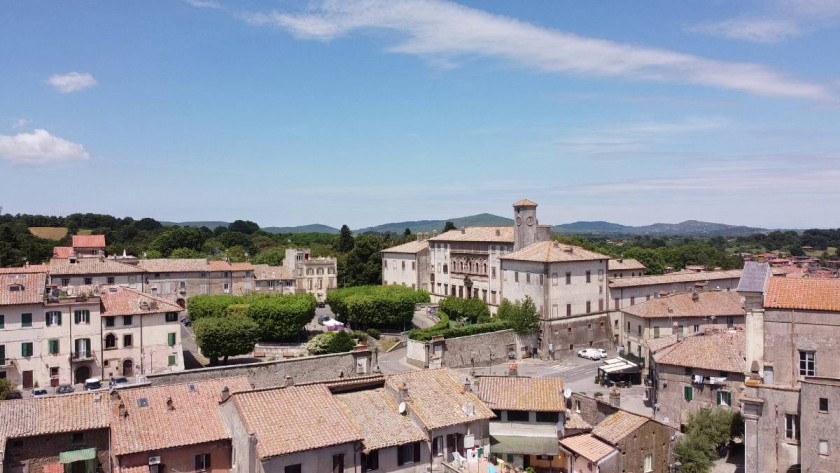 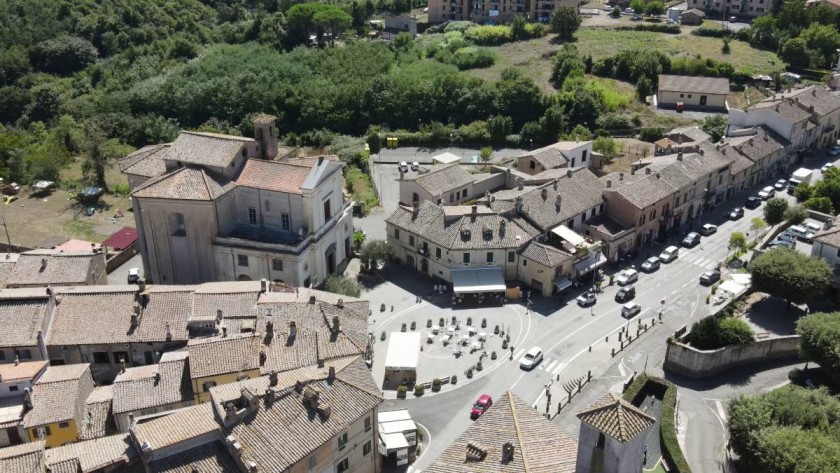 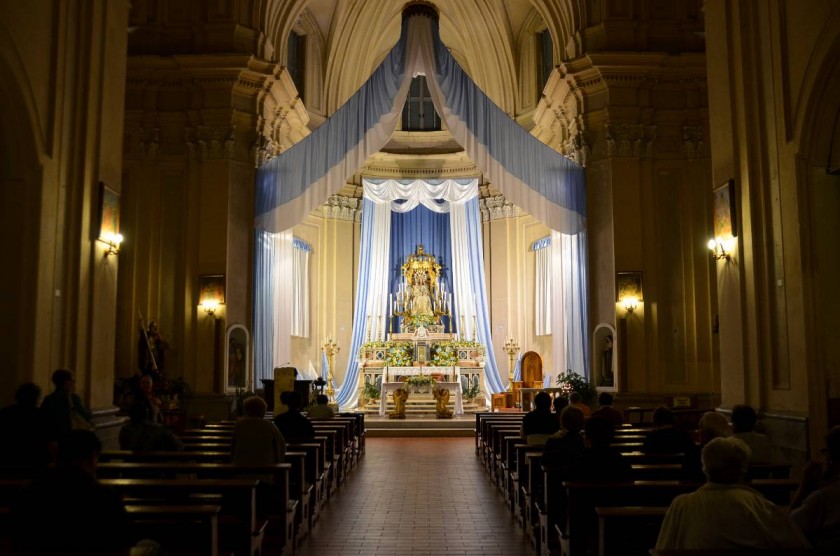 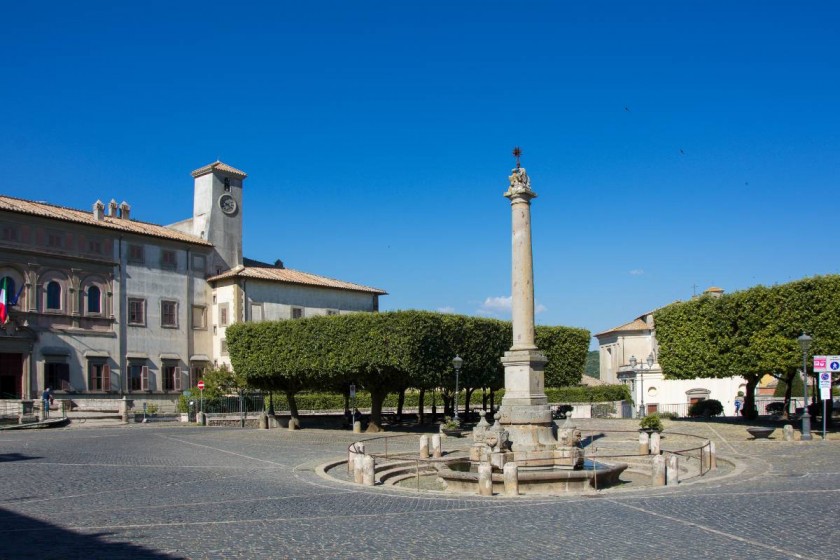 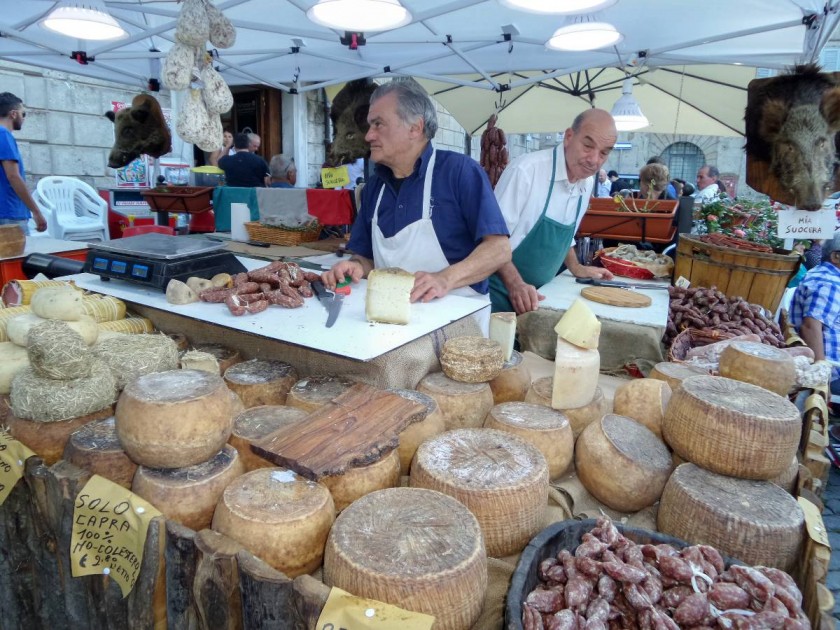 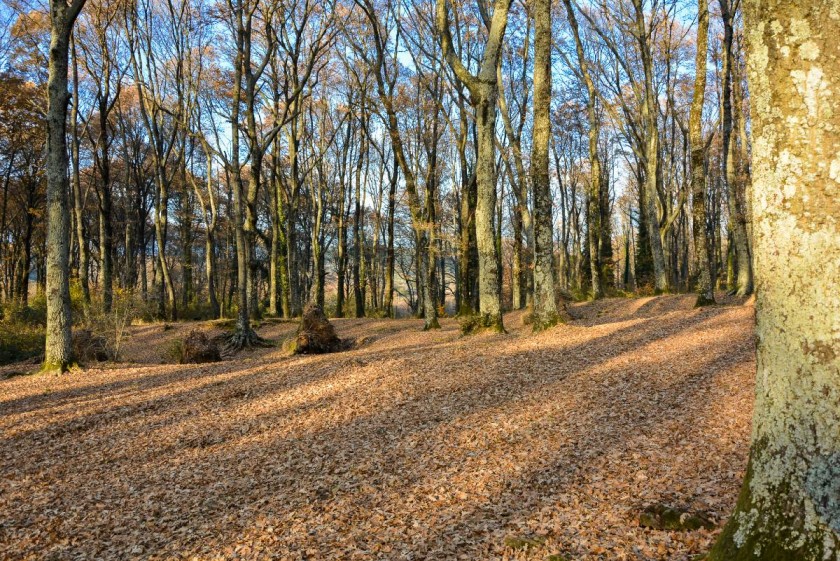 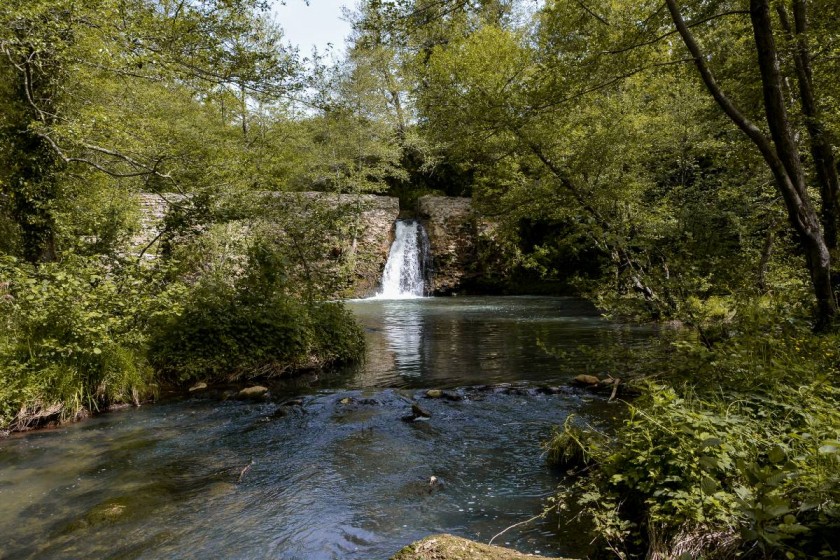 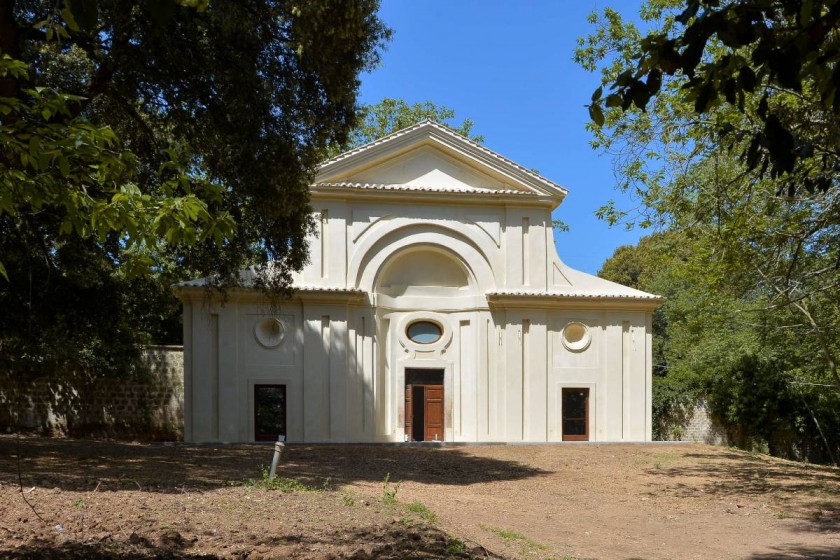 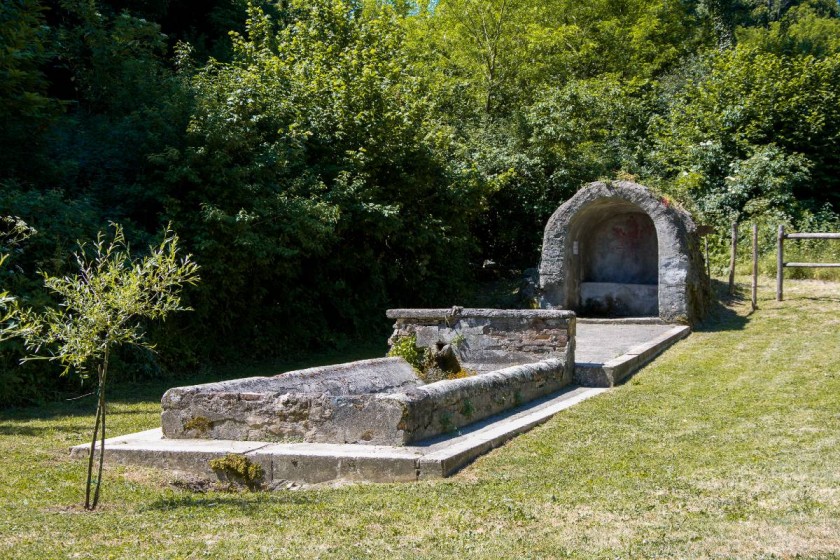 Historical notes and what to see
The presence of Etruscan tombs and the remains of the Roman praefectura Forum Clodii show that the territory where Oriolo Romano stands today has been inhabited by man since ancient times. The actual village dates back to 1560, when the Orsini family ceded a fiefdom to the nobleman Giorgio Santacroce, who started a deforestation project and founded an agricultural village. In order to create what Santacroce described as an 'ideal and happy town', farmers, shepherds and woodcutters were drawn from nearby Tuscany and Umbria, so much so that the first inhabitants of Oriolo Romano were mainly of Umbrian origin.

The origin of the name Oriolo Romano is somewhat doubtful: some think it derives from the Latin horariolum in reference to the clock of Palazzo Altieri and others from forum (which later became foriolum) in relation to Via Clodia, along which roads leading in different directions crossed.
Oriolo Romano is considered to be one of the very first medieval villages with a modern urban layout present from the time of its birth: according to Sangiorgi's project, it was to be surrounded by walls, punctuated by bastions, for aesthetic and mannerist purposes only, but these fortifications were not completed.

Strolling through Oriolo Romano we come across many churches, from the late Baroque Church of San Giorgio to the Church of Sant'Antonio da Padova, dating from the mid-17th century and with five sundials inside.
Also worth a visit are the Palazzaccio, the town's very first public building, where council meetings were held from 1588, and the Colombario Romano, dating back to the 1st-2nd century AD and still containing the remains of a black and white mosaic.

Discovering Palazzo Altieri
The symbolic building of Oriolo Romano is Palazzo Altieri, in front of which stands the beautiful Fontana delle Picche, attributed to Jacopo Barozzi da Vignola: it was built in 1782 in honour of the wedding between Livia Borghese and Emilio Carlo Altieri and the water comes out of four masks pointing to four cardinal points.
Palazzo Altieri was built at the behest of Giorgio Santacroce between the 16th and 17th centuries and shows a distinct Mannerist style, similar to a fortress with a moat, two corner bastions and two wings of the palace that give it its typical U shape.

Visiting the palace, which was the set of the famous film "Il Marchese del Grillo", means admiring period floors and furniture, with windows with original glass panes and absolutely original decorated wooden shutters. The rooms are all beautifully frescoed, some with portraits of Caravaggio, Titian and Raphael, while others show landscape scenes with the Vicariello, Monterano and Rota Castle. The 65-metre-long Galleria dei Papi (Gallery of the Popes) is not to be missed, embellished with portraits of all the popes: these paintings are said to have inspired the medallions in the Roman church of St Paul Outside the Walls.

A visit to Oriolo Romano must include a taste of its gastronomic specialities, from the porcini mushrooms gathered in the spectacular beech woods of Monte Raschio to Acquacotta, a soup of peasant origin eaten by the cowboys while driving their herds through the vast countryside of the Maremma Laziale.
In this regard, we must mention the curious Rodeo dei Butteri Maremmani (Maremma cowboys' rodeo), which takes place on 14 August, together with the Festa della Madonna della Stella: on this occasion, young men on horseback challenge each other in an attempt to capture small bulls.

Piazza Farnese, 1, Caprarola (Viterbo)
20.71 Kilometers from Oriolo Romano
The Castle of Santa Severa
Castle Santa Severa, is one of the most suggestive places of Lazio, near Rome.

Via del Castello, Santa Marinella (Roma)
21.25 Kilometers from Oriolo Romano
Museum of prehistory of Tuscia and Rocca Farnese
The museum is housed in the Rocca Farnese and consists of prehistoric, medieval, renaissance and ...

Piazza della Vittoria, 11, Valentano (Viterbo)
51.40 Kilometers from Oriolo Romano
Flower Museum
The Flower Museum is located near the village of Acquapendente, in Lazio.

Località Giardino, Torre Alfina, Acquapendente (Viterbo)
66.07 Kilometers from Oriolo Romano
Porta Magenta
Also known as Porta del Vignola, it was built in 1777 after the collapse of the original Porta Ro...

Piazza Cavour, 11, Valentano (Viterbo)
51.44 Kilometers from Oriolo Romano
Farnese Fortress
At the top of one of Valentano's highest hills stands the Rocca Farnese, which houses the Scala S...

Find where to sleep in Oriolo Romano

Travel proposals in Oriolo Romano and in its territory

Feast of Our Lady of the Star