Share
Cetona is located in the extreme southern slopes of Siena, in Tuscany, almost on the border with Lazio. Its urban physiognomy is that of a small Tuscan village with stone and brickwork. An aspect that rises even further, against the green of the forests of Monte Cetona, which is the fifth in the country. 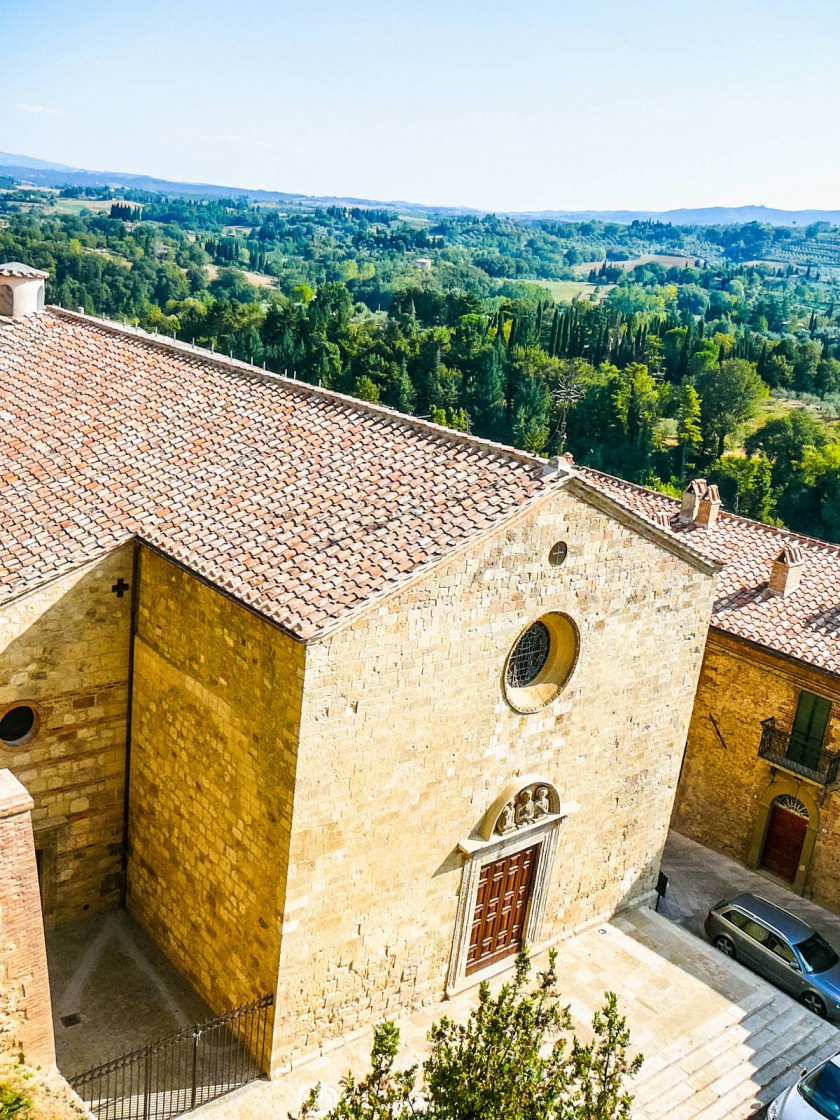 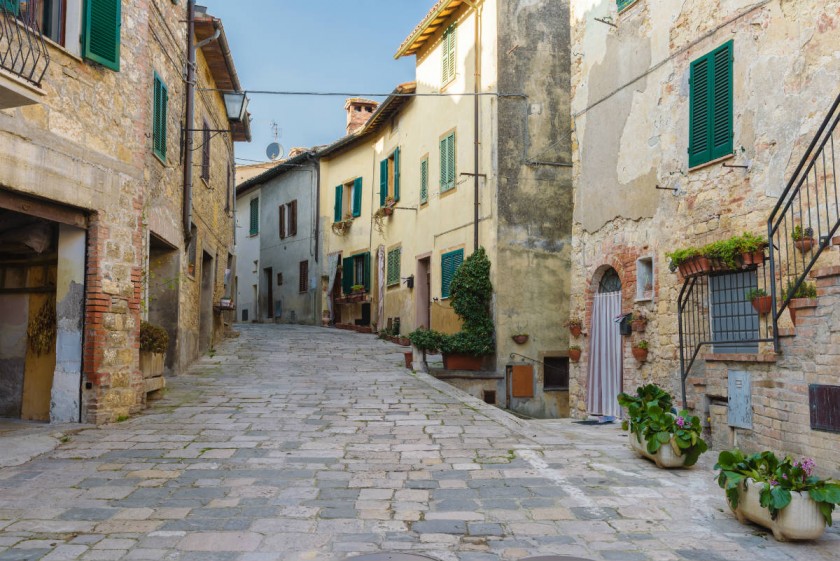 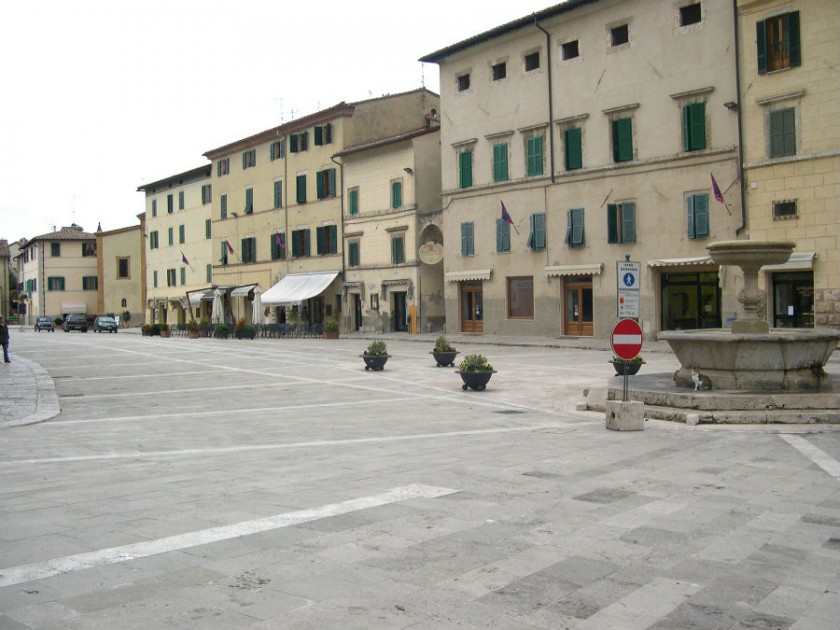 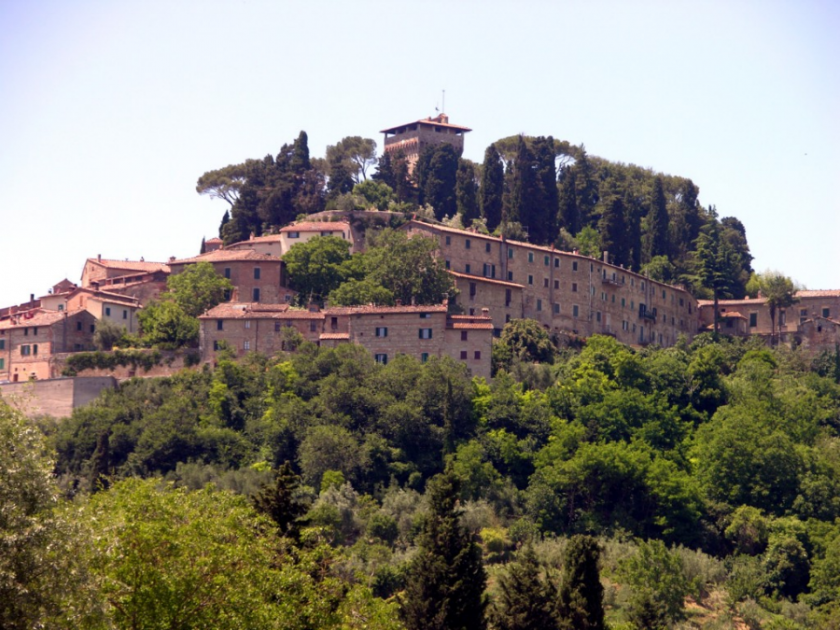 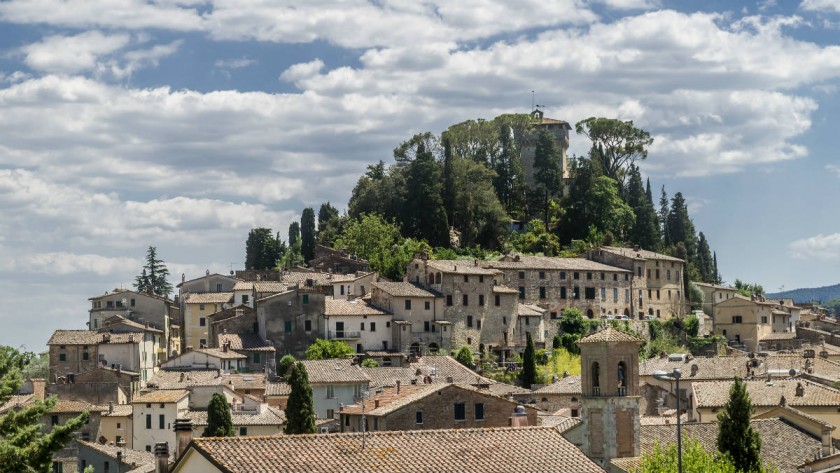 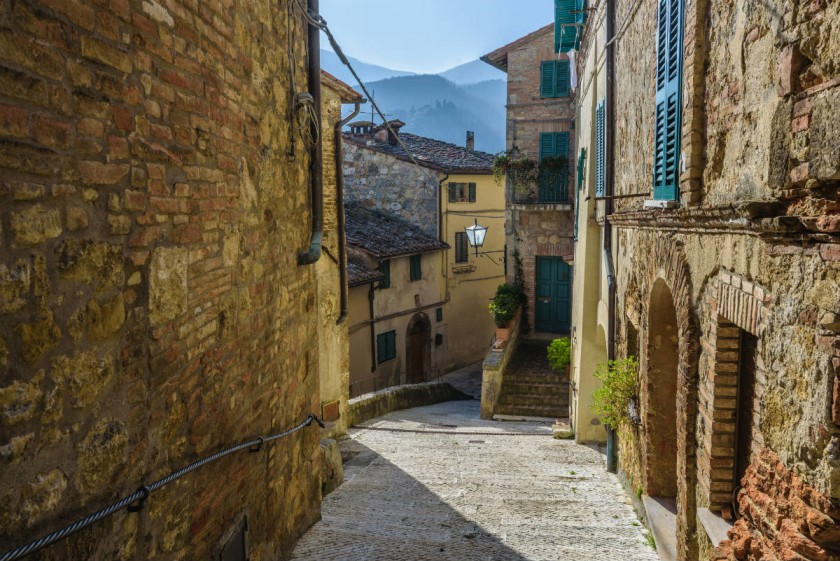 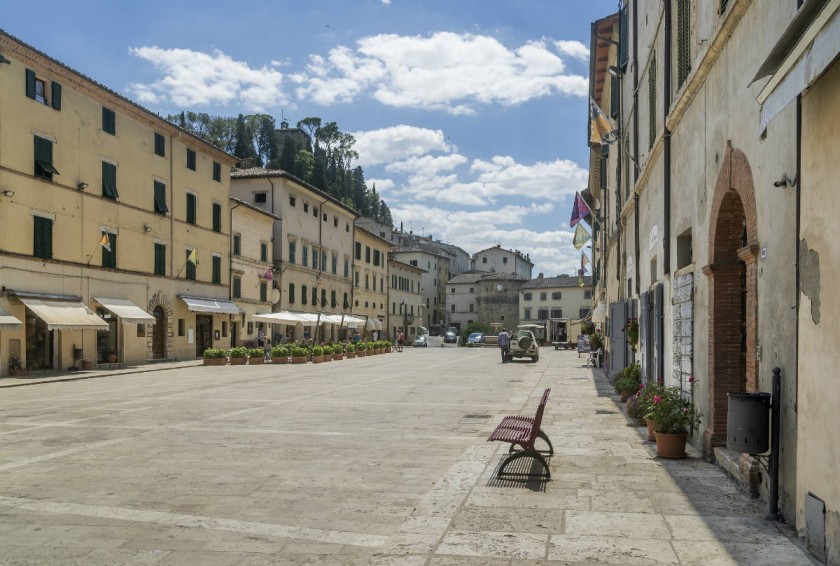 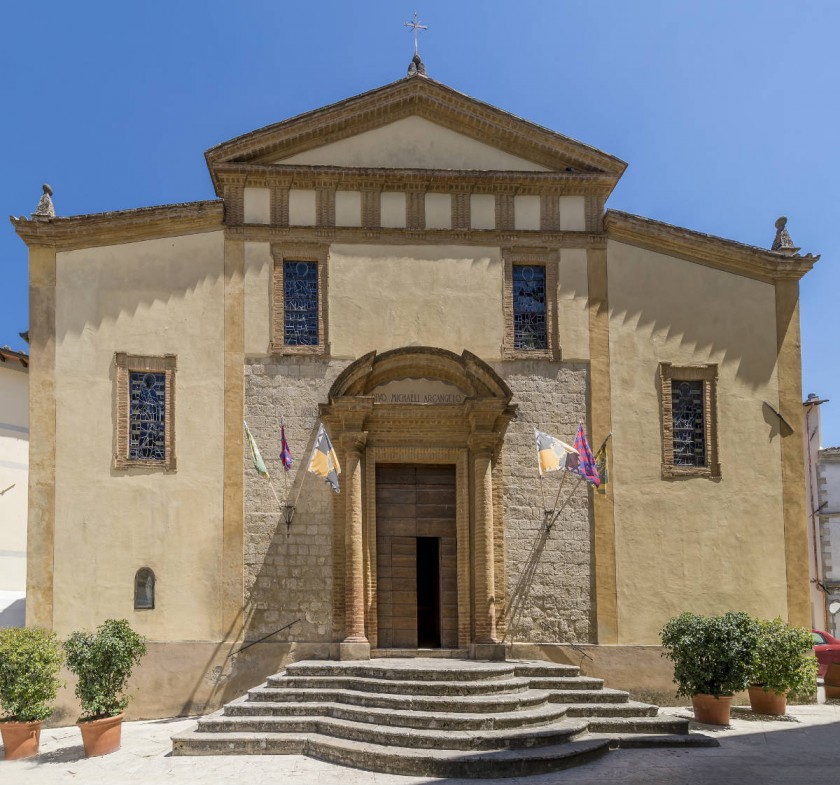 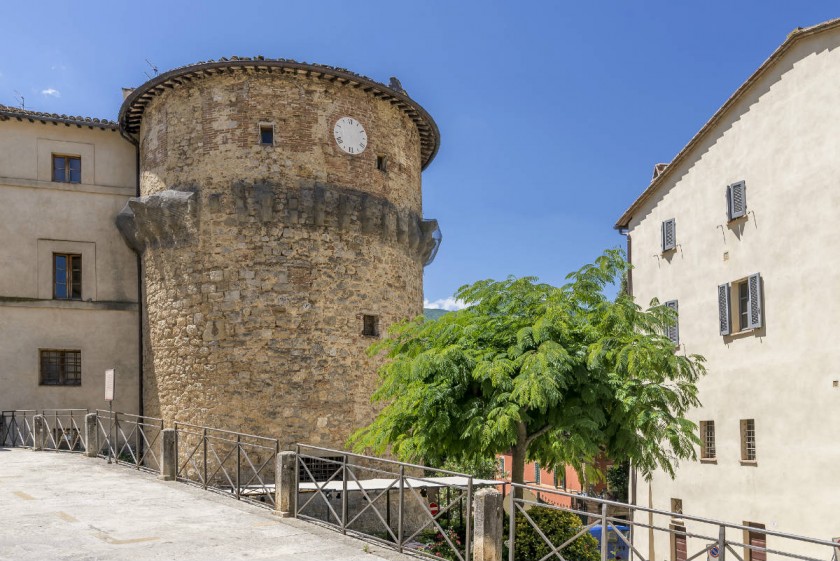 The Cetona landmark probably derives from an ancient early Christian church, cited in documents such as Sancti Johannis de Queneto or Queteno baptisterium, perhaps referring to the Chieteno torrent that runs to the south. In a text of 1275 this church is reported as a plebs by Sancti Johannis de Scetona. Archaeological finds were found around the city at the Lattaia tomb. It is worth mentioning in the area the medieval village and the church of San Giovanni Battista in Camposervoli, the Civic Museum for the prehistory of Monte Cetona and Villa La Vagnola.

Between the 7th and 6th centuries BC, Etruscan villages are located on the hills of Chiusi and Sarteano. At Cetona the settlement is documented near Camposervoli. In 1207 there is the first mention of the Cetona castle. In 1260 the village passed to the Republic of Orvieto after a long dispute with that of Siena. In 1418 it passed to the Republic of Siena. In 1556, faithful to Siena for nearly a century and a half, the inhabitants, decimated by plagues and wars, surrender without fighting the imperial army in Tuscany when it comes under the walls. The village is thus embedded in the Grand Duchy of Tuscany. In 1558-69, Cetona was given a feud from Grand Duke Cosimo I to the Vitelli family. With the calf marquette begins a golden age for the town. Back in 1770 to become part of the Grand Duchy of Tuscany, it follows its up to the Risorgimento and the unity of Italy.

The naturalness with which the stone of its buildings blends with the almost pictorial delicateness of the tuscan landscape establishes the wonder of Cetona. It is enough to climb to the narrow cobbled streets called "coste", because it flanks the mountain, or enter into the "Cittadella", the ancient lump of houses that dominates the renaissance square, to seize the poetry of this place a "joy of serene forms", as wrote Piero Grassini. The countryside around Cetona is so beautiful that they appear to be almost a “oleografica” representation of a renaissance landscape. The walls once had three laps, today preserved in the round tower of Rivellino, dating back to the second half of the XVI century, the most important track of the third circle. The urban structure is affected by the war events of the medieval period, when Cetona was juggling between Siena and Orvieto. This valley dotted with churches and glittering with olive, pine and cypress trees, in the past has enchanted intellectuals and travelers like Bernard Berenson, Romain Rolland, Paul Bourget, and at the present offers more prosaic shelter, between the ancient houses of the village or in the farmhouses in the countryside, personalities from the world of economy, culture, fashion. The writer Angela Bianchini lives in Cetona since many years in the house which belonged to the painter Lionello Balestrieri, and in a secluded dwelling houses Guido Ceronetti, desecrating writer writes: "Today almost the entire campaign with agricultural machinery, agrochemical, monoculture, money, the abandonment, the dimming of infinite voices, is well the eve of Italoshima" (Albergo Italia, 1985). But with its serene beauty Cetona is the right place to "give calm and refreshment from the hotel of the malaise" in which our life is reduced.

Village of Cetona
The Municipality of Cetona

Via del Forte, 57, Sarteano (Siena)
3.99 Kilometers from Cetona
The Museum of the Cathedral and the Labyrinth of Porsenna
The name derives from the description of Plinius the Elder of the mausoleum of Porsenna, the lege...

Piazza Duomo, 2, Chiusi (Siena)
6.92 Kilometers from Cetona
Concattedrale of San Secondiano
The Concathedral of San Secondiano, in the village of Chiusi, is characterized for its isolated b...

Via Ricasoli, 31, Montalcino (Siena)
34.99 Kilometers from Cetona
= distances as the crow flies

Find where to sleep in Cetona

Strada Provinciale di Pieve a Salti , Buonconvento (Siena)
36.57 Kilometers from Cetona
Lupaia
An agritourism resort in the heart of Tuscany, between Pienza Montepulciano. La Lupaia is a luxur...

Travel proposals in Cetona and in its territory

Explore the cellars of Brunello di Montalcino - from 160 €
Sip one of the most important wines in Italy and explore the wineries where it is produced
| Travel proposal valid until: Saturday 31 december 2022
full day | June to December 2022 | Max: 8 people
Interested villages: Montalcino
A Vespa tour from Siena with lunch at a winery in Chianti - from 129 €
Set off from Siena on a Vespa scooter and enjoy splendid views of the rolling hills, vineyards and olive groves of the Tuscan countryside.
| Travel proposal valid until: Monday 31 october 2022
Approx. 8 hours
Interested villages: Monteriggioni, Radda in Chianti
Hot air balloon flight over Tuscany from Siena - from 290 €
Enjoy aerial views of the Tuscan countryside during a 1 hour hot air balloon flight
| Travel proposal valid until: Saturday 31 december 2022
3 hours | Valid all year round | Max: 6 participants