Share
Located on the coast of the Riviera di Ponente, Noli is a typical seaside village whose historic center is a treasure chest full of treasures that, enclosed in the medieval walls, tell its past as a strong and proud Fifth Maritime Republic, always allied with nearby Genoa. Today it shows its tourists the beautiful towers, the castle overlooking the city, the cathedral and all the palaces and monuments of great historical and artistic value. 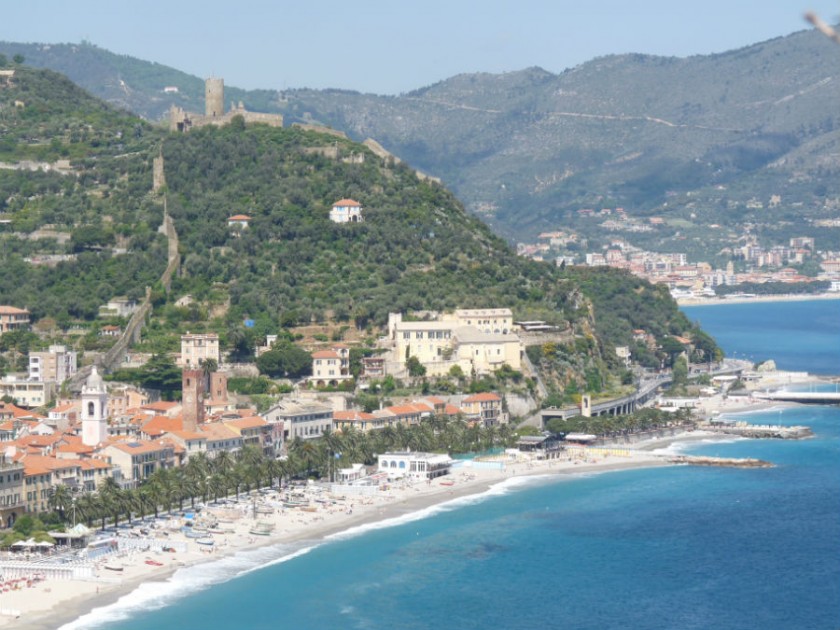 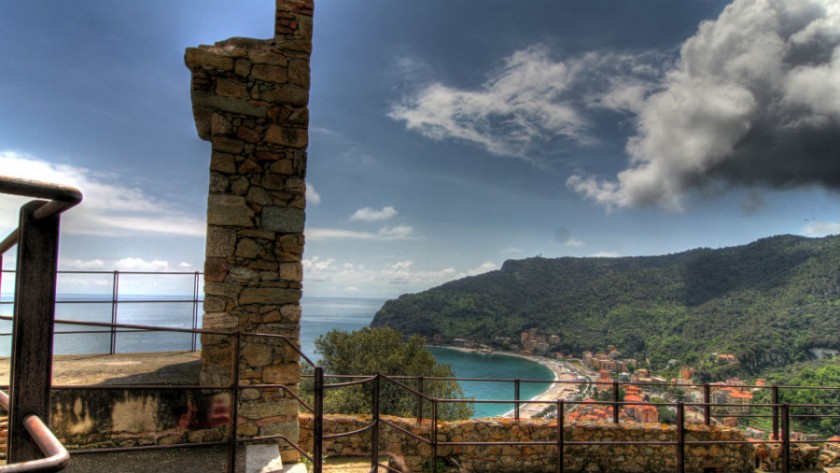 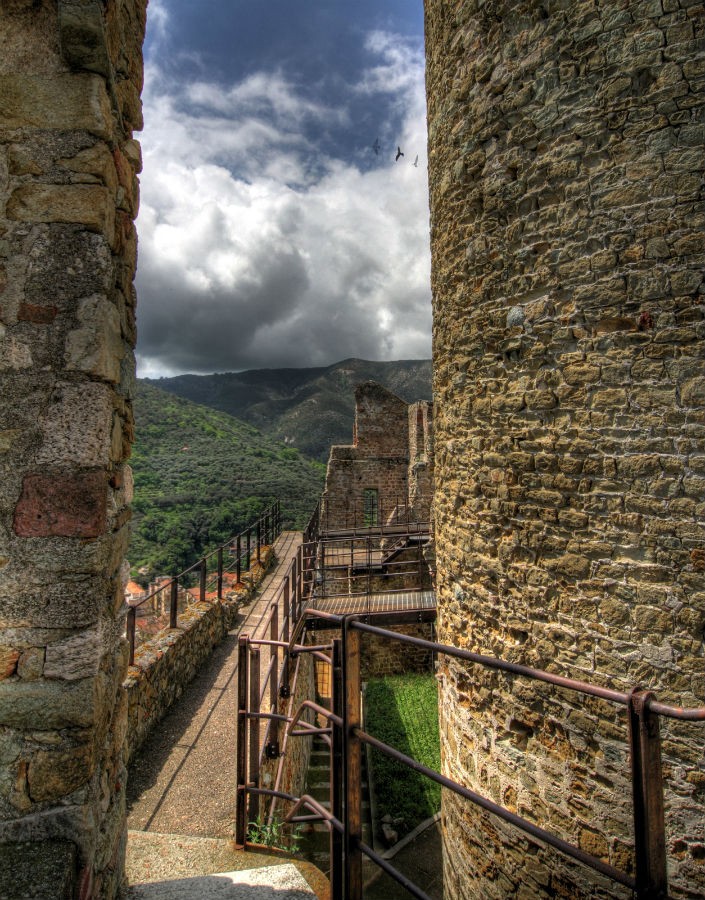 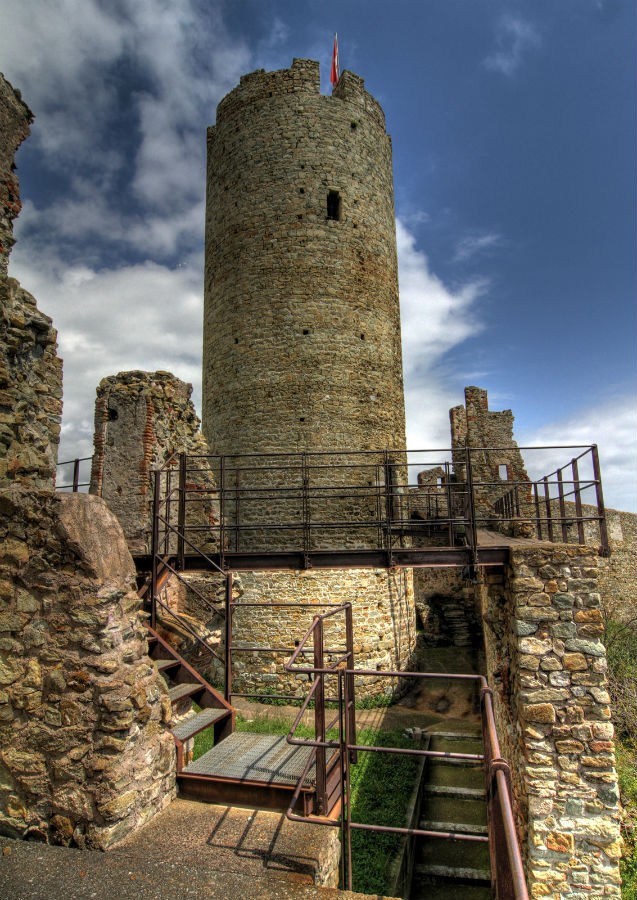 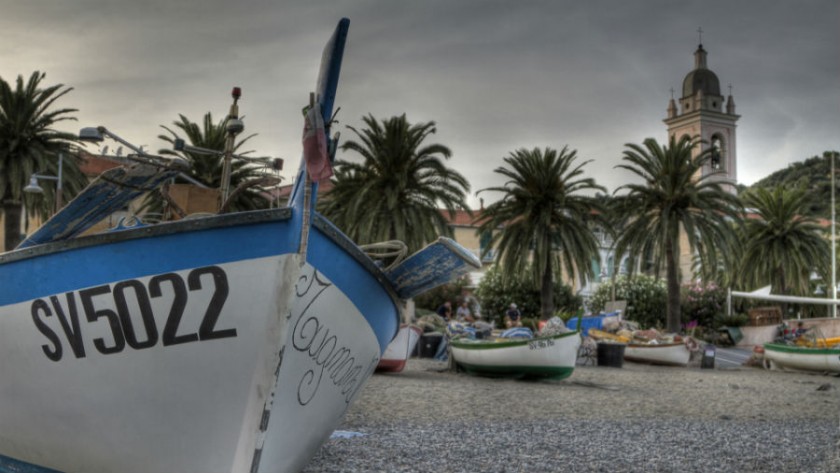 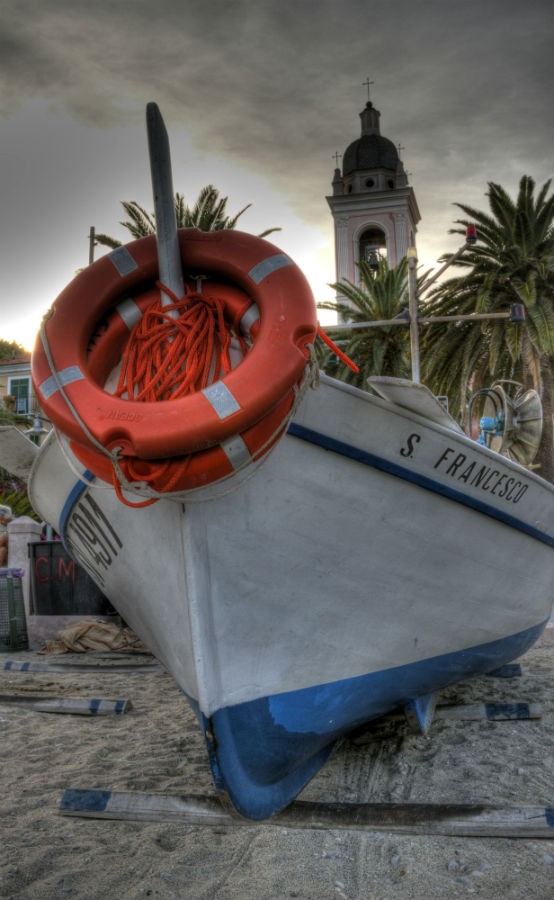 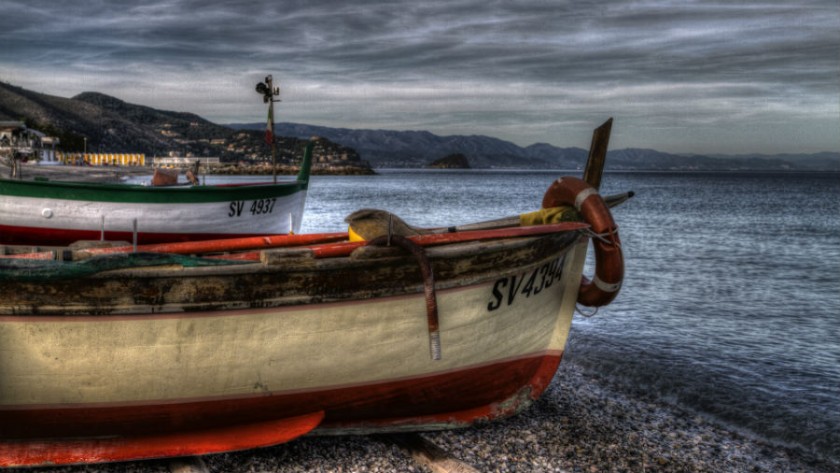 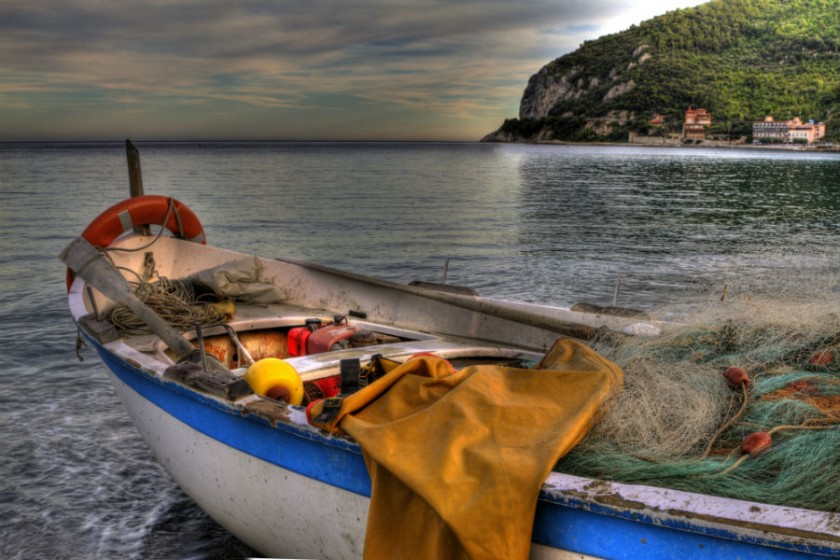 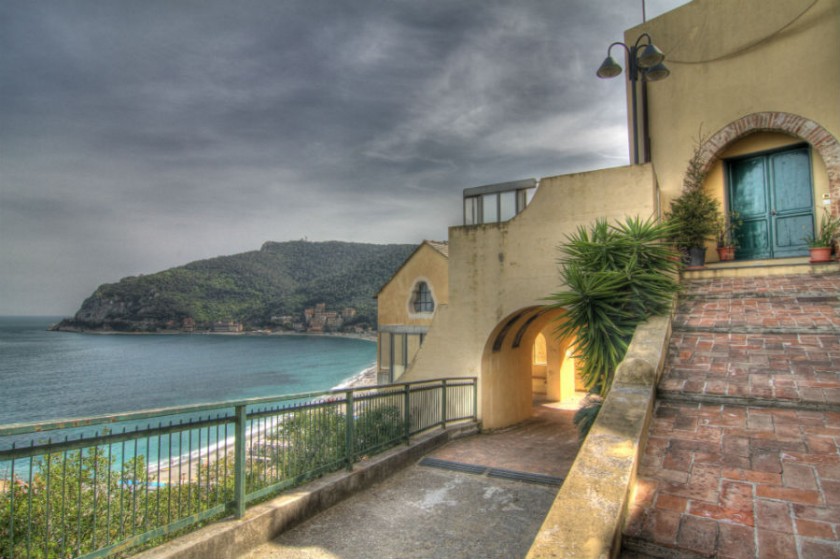 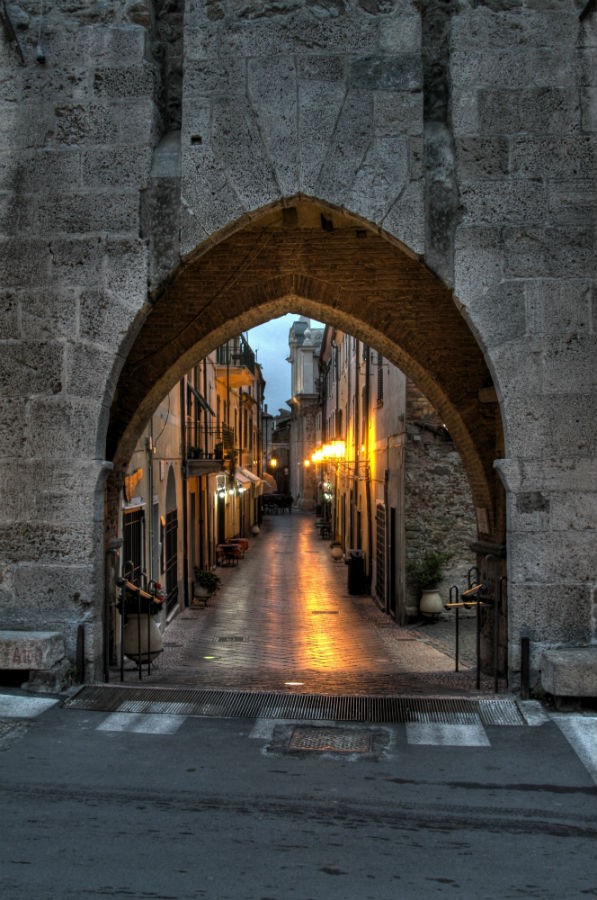 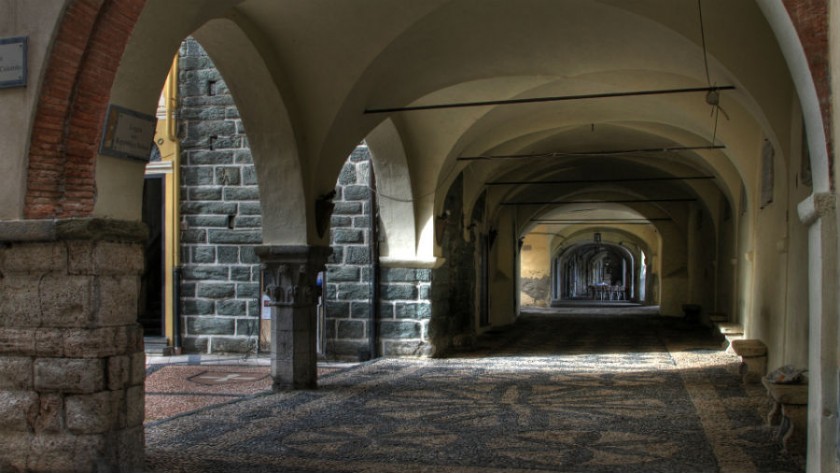 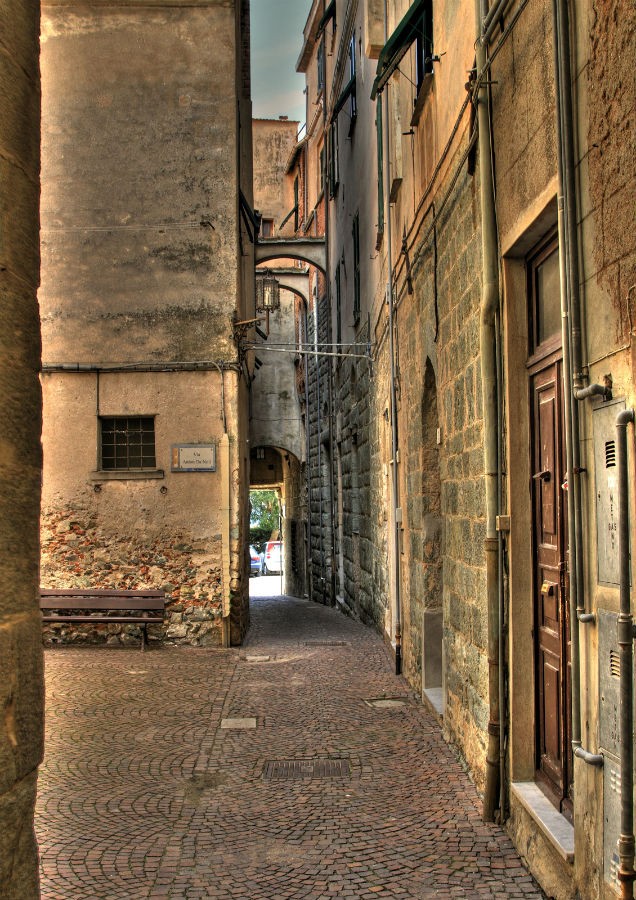 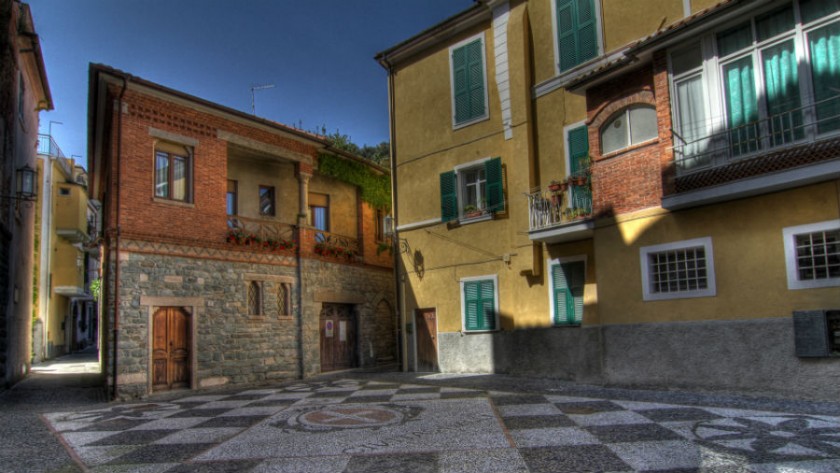 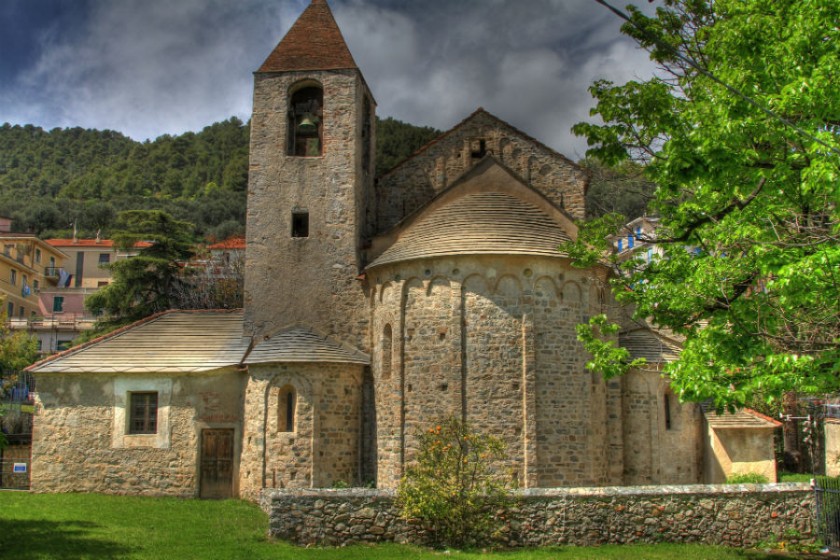 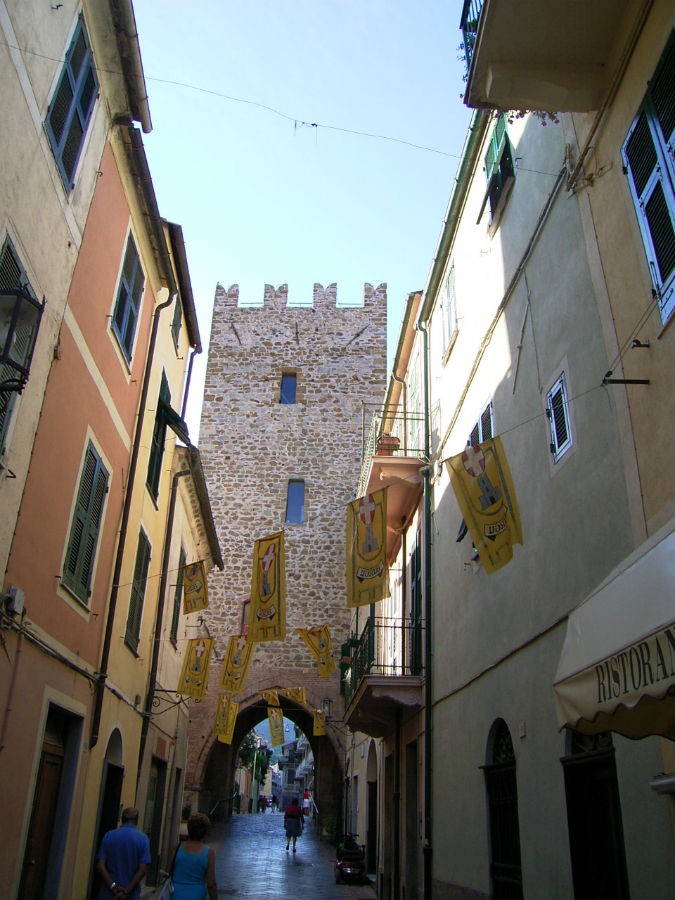 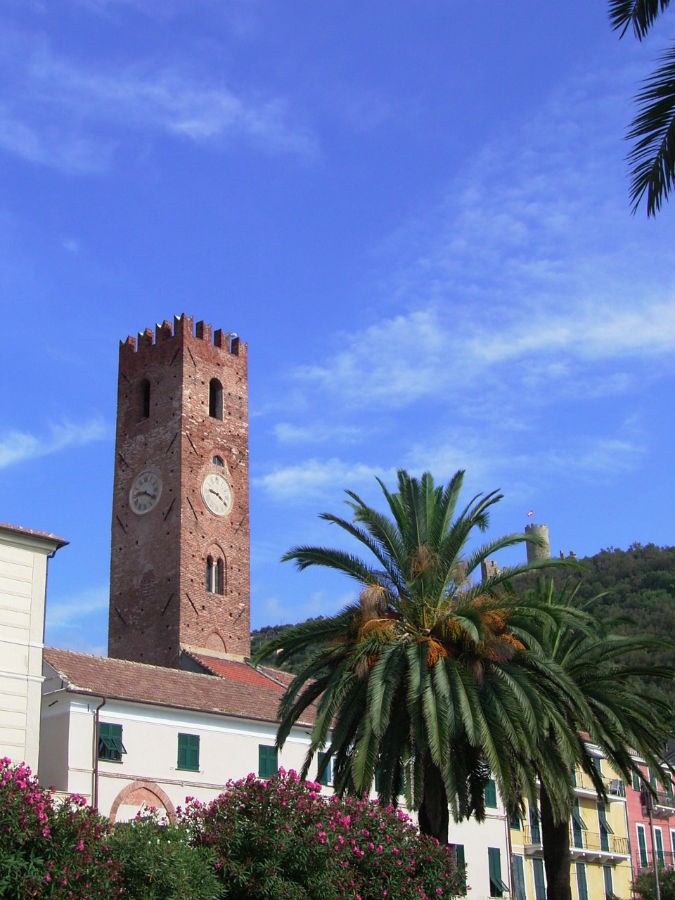 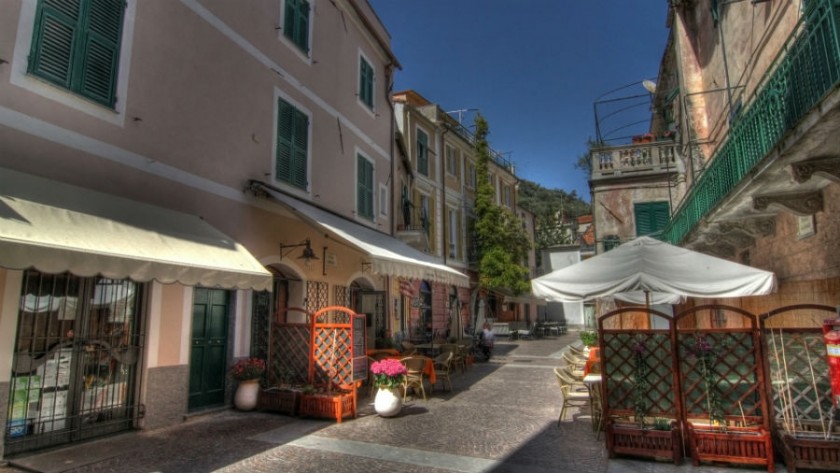 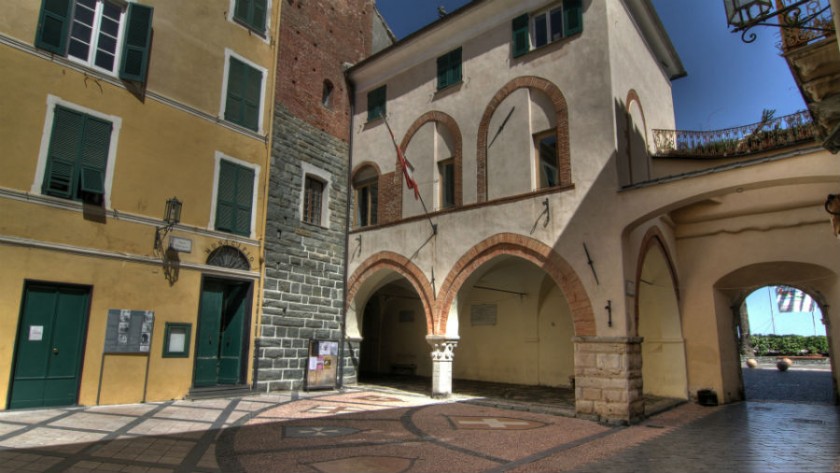 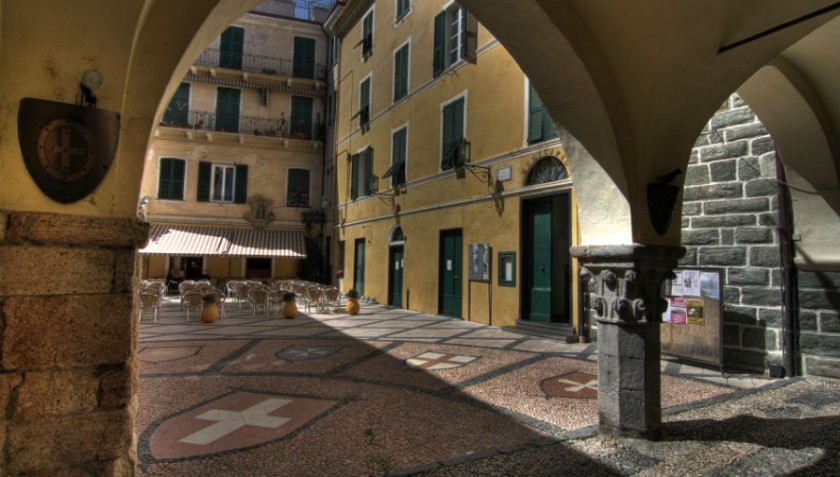 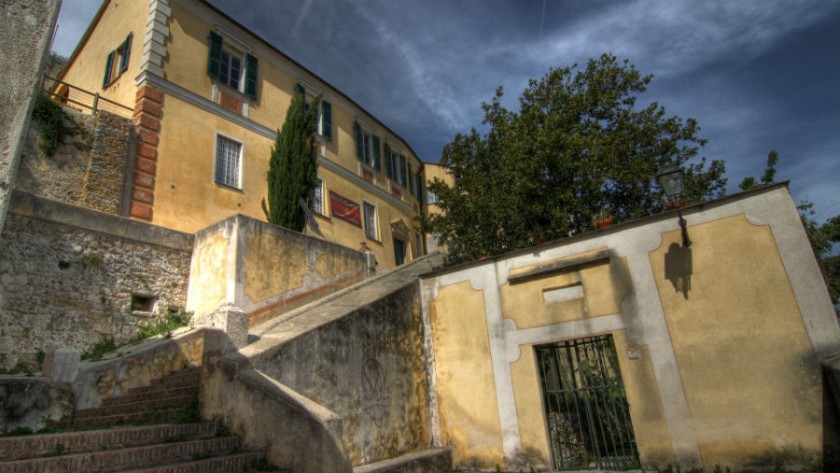 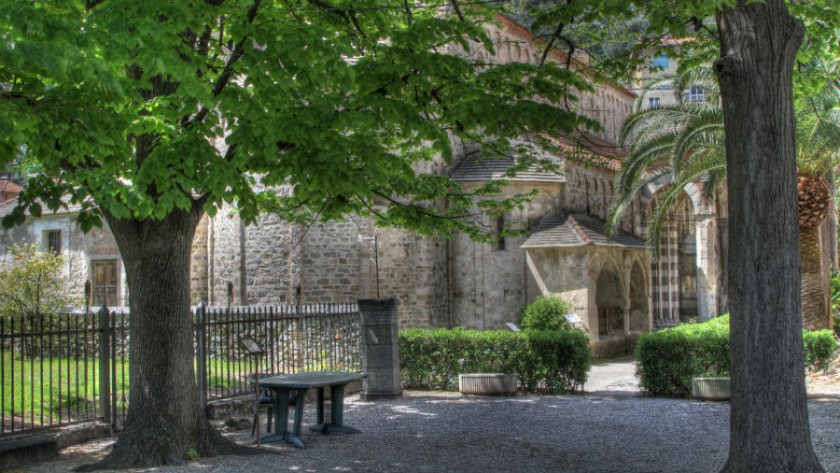 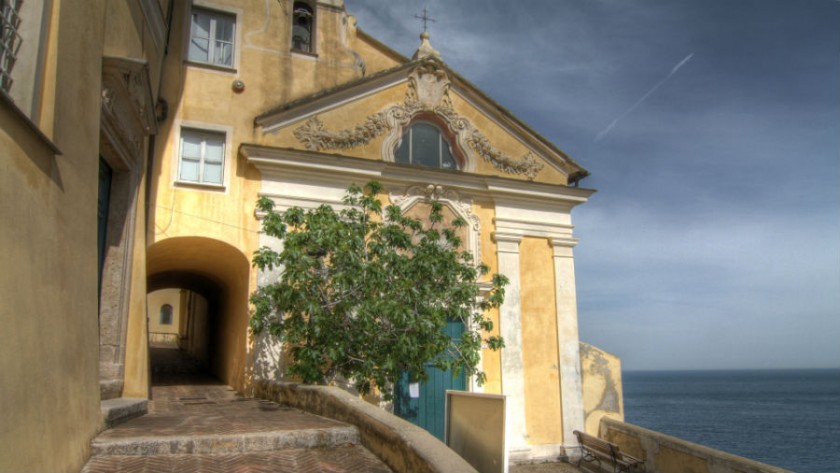 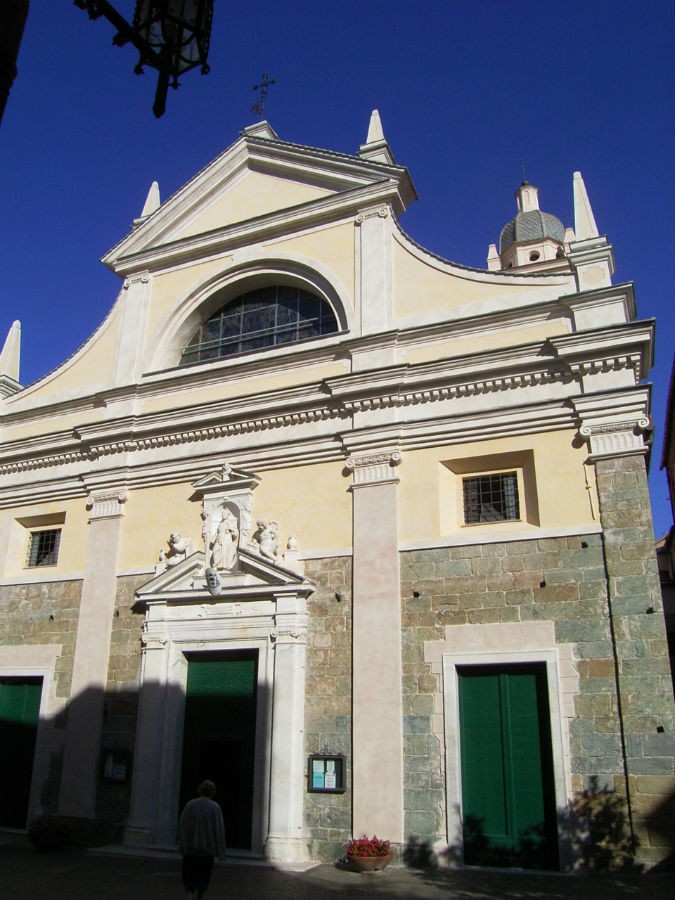 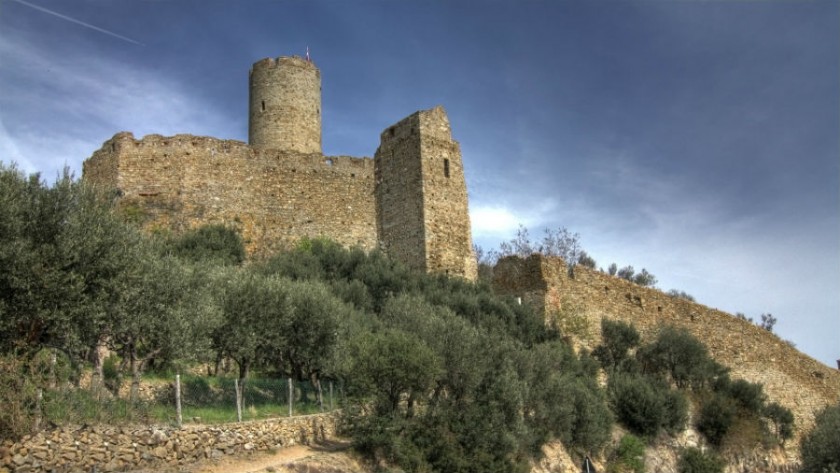 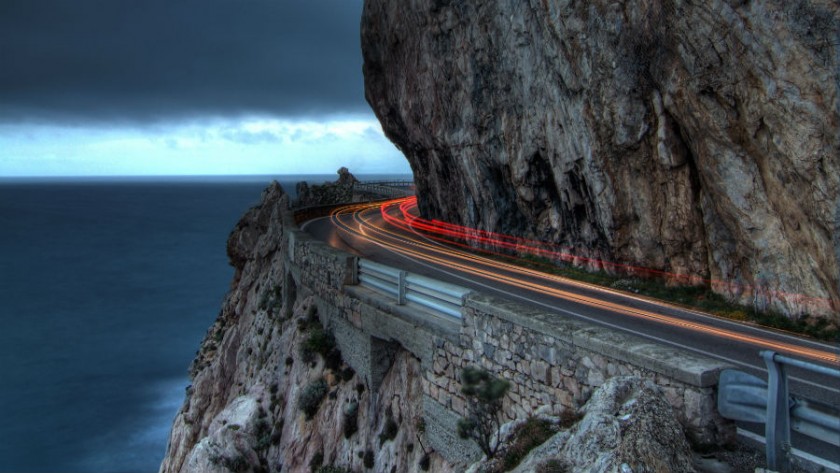 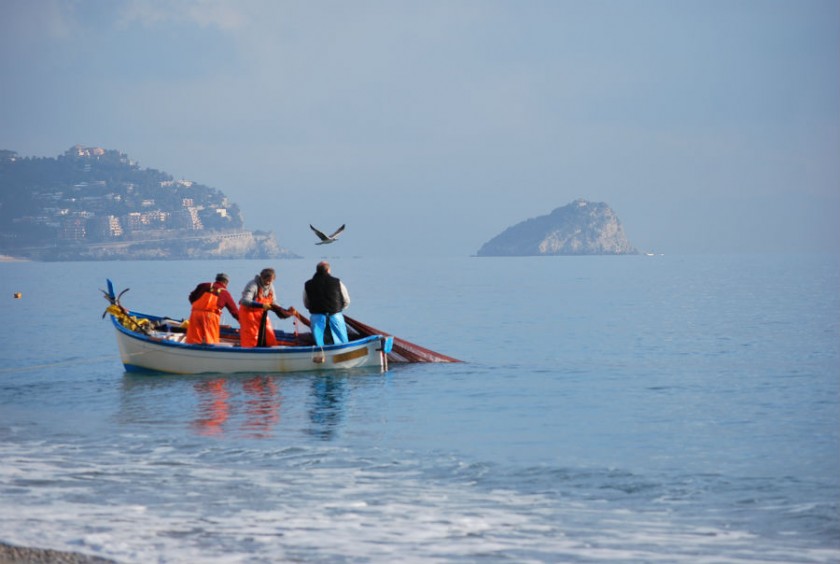 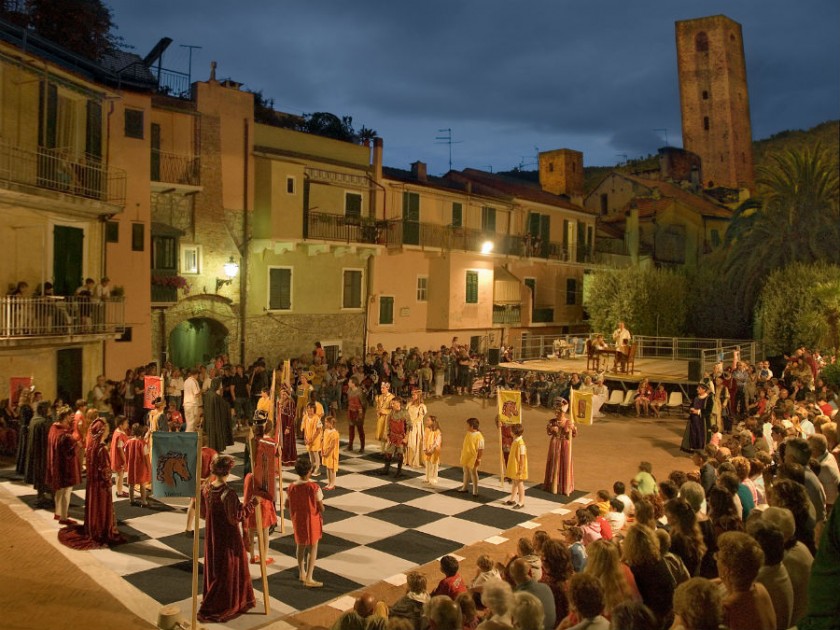 from 1192 to 1797, the village of Noli was the capital of the homonymous republic that, albeit tied to the fate of the Republic of Genoa and other centers of local power, enjoyed to sections of a certain formal independence. It is situated on the coast of the Riviera di Ponente, in a cove closed east from Bergeggi Island and south-west from the homonymous cape on the mouth of the river Luminella. Note seaside resort of the Riviera di Ponente, Noli is distinguished by the evocative Antico Borgo Marinaro, characterized by narrow alleyways (carüggi), many of which are surmounted by small arches carriers. The town has remained one of the few coastal villages to still have fishermen of the place that every night, come out at sea with their small motor boats and return in the morning with the little fish that offers the gulf. The agricultural activity is mainly based on the production of wine and olive oil. Among the most precious wines the Lumassina, produced in the valleys between freight rates and Finale Ligure. It should also be noted the production of Cicciarelli, dish fish which has obtained the recognition of "a Slow Food".

The ancient center of the Liguri, was town hall in Roman times. His name, mentioned in some documents of 1004 and 1005 with the name of Naboli, probably derives from Neapolis, derivation greek and latin for "new town". In the middle ages it was the basis of Byzantine and became a domain of the Lombards, who destroyed in 641, was completely rebuilt near the sea. It was also domain of the Franks of Carlo Magno. Dismemberment of the Carolingian empire was inserted, together with the nearby Varigotti, of the possessions of the Aleramica and of the Del Carretto family of branch of Savona. Became an important marine center, with a conspicuous and prepared the naval fleet on a par with other large centers of marinari of Liguria, participated in 1099 to the first crusade receiving political privileges, but above all commercial, by the king of Jerusalem Baldwin I, from the Lord the feudatory Boemondo d'Antiochia and Tancredi di Sicilia. The expansion of the Republic of Noli - that at its maximum splendour reached the domination in the close villages of Orco, Mallare, sign and Vado - lasted until the end of the XIV century when the small harbor, who offered refuge and stability during the medieval era, was instead now inadequate for the important commercial dealings of the epoch, leading almost Noli to a maritime isolation; villagers themselves by skillful and daring sailors were transformed soon in simple fishermen. Throughout the Sixteenth and Seventeenth Century Noli and its small repubblica marinara knew therefore difficulties internal policies, aggravated by the increasingly exhausting struggle with the marquisate finale and Savona, invasions of pirates, nearby Piedmontese dominations, Lombardy and Spanish by famines and epidemics. In 1673 a conspiracy of some inhabitants of Noli risked dropping the republic in the hands of the Duchy of Savoy ; the intervention of senator Antonio Viale, sent by the genoese senate on request of the consuls nolesi placò, the short revolt. As well as the Republic of Genoa and the rest of Liguria was occupied by the Napoleonic troops in 1797, despite the heavy naval bombardment from part of the English fleet in 1795 against the French. With the French domination the territory of Noli returned from 2 December 1797 in the Department of Letimbro, with capital Savona, incorporating the former republic nolese inside of the Ligurian Republic. In 1815 Noli was incorporated in the Kingdom of Sardinia, as well as established the Congress of Vienna in 1814, and subsequently in the Kingdom of Italy from 1861.

The historic center is - today on the Aurelia, a time directly on the beach by the sea - with a front porch. This was originally the center of the maritime village, in the same way in which the portico of Sottoripa it was for Genoa. Connected to the portico is the medieval Palazzo del Comune with the civic tower.

Village of Noli
Municipality of Noli

The Municipality is part of:
Borghi più belli d'Italia

Church of San Paragorio
The Church of San Paragorio in the village of Noli is an important and historical site of Romanes...
Via Cesare Battisti, 11, Noli
Mount Ursino Castle
The Mount Ursino Castle rises in defense of the historic center of Noli, in Liguria.
Strada Provinciale, 54, Noli
St. Catherine's Convent
The St. Catherine's Convent is in the homonymous square of the village of Finale, in Liguria.

Strada per Castel Gavone, Finale Ligure (Savona)
8.14 Kilometers from Noli
Valdemino Caves
The Valdemino Caves are a cavities complex near the village of Verezzi, in Liguria.

Via Battorezza, 5, Borgio Verezzi (Savona)
10.12 Kilometers from Noli
Parish Church of San Michele
The church of S. Michael is one of the first appearances built on place. The distance from the se...

Via Vincenzo Maglione, 19, Laigueglia (Savona)
32.52 Kilometers from Noli
Parish Church of San Michele
The church of S. Michael is one of the first appearances built on place. The distance from the se...

Strada per Castel Gavone, Finale Ligure (Savona)
8.14 Kilometers from Noli
Valdemino Caves
The Valdemino Caves are a cavities complex near the village of Verezzi, in Liguria.

Via Aurelia 35, 17026, Noli
Hotel Capo Noli
In a strategic position, directly on the sea, overlooking the natural Gulf of Noli, the Hotel Cap...

Via Vittorio Veneto 4, Borgio Verezzi (Savona)
10.07 Kilometers from Noli
Hotel Ideal
The structure was born in the early '900 as a private house and then in 1988 it was converted int...

Viale Colombo 44 - 17022, Borgio Verezzi (Savona)
10.16 Kilometers from Noli
Hotel Giannina
An unforgettable holiday in Laigueglia, a fabulous tourist resort on the western side of the Ligu...

Via A. Volta, 4 - 17053, Laigueglia (Savona)
32.34 Kilometers from Noli
Hotel Tre Ciuffi
In a climate of warm yet professional friendship, GARASSINO family since 1976 ensures maximum com...

Piazza Roma, 1 - 17026, Noli
Restaurant Controcorrente
The elegant bourg of Noli (Liguria) is enriched by this high-quality culinary offer. The restaura...

Via Colombo 101-17026, Noli
Bistrot Sirito
A bistrot with a refined anfd exquisite style where flavours meet art and music

Piazza S. Agostino 9, Borgio Verezzi (Savona)
9.38 Kilometers from Noli
Ristorante A Topia
In the heart of the village Verezzi.

Piazza S. Agostino 9, Borgio Verezzi (Savona)
9.38 Kilometers from Noli
Pasticceria Scalvini
The choice of prime ingredients and the faithfulness to the best recipes of the bakery tradition...

Via Cristoforo Colombo, 3 - 17026 , Noli
Opiﬁcio di Verezzi
The factory is located in the main street of the wonderful village of Verezzi.

Via Roma 6, Borgio Verezzi (Savona)
9.38 Kilometers from Noli
Martini Tobacco Shop 1937
This famous tobacco shop was established back in 1937. The passion for tobacco has been passed al...

Passeggiata C. Colombo - 17053, Laigueglia (Savona)
32.18 Kilometers from Noli
Le Palme bathing establishment
If you want to enjoy a relaxing and peaceful beach holiday, this is the place for you.

Feast of the saints Peter and Paul

Feast of the saints Anna and Joachim

Cibo Nostrum, sea mouth’s watering
Blue sea, light blue Italy. Not only on the football pitches. In our country which is kissed by the waves of the sea the food specialities from the sea offer a wide range of tastes that share the touch of salted water. Starting with the anchovies that become a gourmet dressing even by using their “scrap liquids”: we are talking about the dripping of the anchovies, a Slow Food product of the charming village of Cetara along the Amalfi coast. You get it from the liquid that is produced when you cover the anchovies with the salt ...
Continue