Share
The characteristic panorama is certainly one of the most beautiful in Sardinia: Aggius appears immersed in granite rocks with strange and bizarre shapes, dry stone walls, centuries-old forests of holm oaks, cork oaks, Mediterranean scrub, pastures and vineyards, to which the changing of the seasons gives variegated and pictorial aspects and colors. 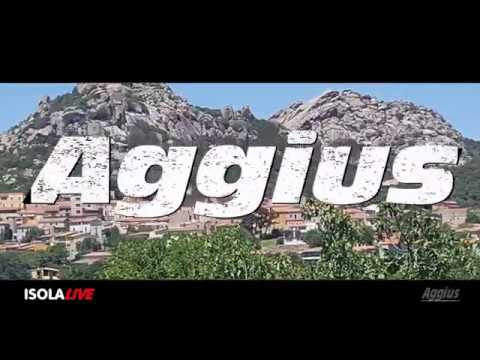 Located at 514 meters above the sea level, in the historic region of Gallura, Aggius rises at the foot of the serrated mountain ridge called "Monti di Aggius", which includes different uplands, all comprised between 600 and 800 meters of elevation. The landscape that can be admired from here extends from the Asinara island to the Maddalena archipelago and the Costa Smeralda. On a clear day you can admire the airy Strait of Bonifacio and the nearby Corsica with the recognizable cliffs of Capo Pertusato.

The origins of the village date back to prehistoric times, but it was only the Spanish domination, which took possession of it around the year 200, that influenced dialects, traditions and local customs in a very marked way. This dominion lasted about 400 years, until in 1720 Aggius passed under the dominion of the Savoia family. Aggius in the first half of the XVI century went down as a center of counterfeiters. The 'Mint' would have been found on one of its mountains, and for this reason it was called Fraili (the blacksmith's forge). Only a few people know the curious event that occurred in 1848, when Aggius became a Republic for forty-eight hours, invested by that movement which in Europe took the name of "Springtime of the Peoples".

In the old town centre of the village, the predominant element is the visible granite that can be found in the walls of the buildings and in the flooring of the streets, alleys and squares. The place names have preserved their ancient names: The Aldia (guard post, tollhouse), Paràula, Speslunga, Lu Cunventu and Piazza di li Baddhi (square of the dances). Do not miss the Ethnographical Museum "Oliva Carta Cannas", dedicated to domestic environment and everydaily life, and the Museum of Banditry.

Finally, the gastronomy of Gallura uses local products, fruit of the land and the breeding. The most known and celebrated typical dish of Aggius is the gallurese soup (the suppa cuata), prepared with slices of stale bread, alternated with slices of fresh cheese, grated cheese, mixed with parsley and a pinch of pepper. Other typical dishes are: the gnocchetti (li ciusoni), ravioli stuffed with ricotta cheese or other cheese (li bruglioni); the faa oglia, prepared with whole pods of fresh broad beans, salted lard and pork meat. Among the dairy products, instead, you can find the mazzafrissa (cream with semolina). Among the sweets you will find the azzuleddi, braided dough and fritters, Li Frisgioli Longhi.

Ethnographic Museum Oliva Carta Cannas
A structure suggestive that masterfully integrates the majesty of granite with green spaces and c...
Via Monti di Lizu, 6 , Aggius
The Banditry Museum
the aim of The Banditry Museum is to disseminate positive values for the construction of a mental...
Via Pretura, Aggius
Church of Santa Vittoria
The church of Santa Vittoria is located in the historic center of the village of Aggius, in Gallura.
Via Vecchia,10, Aggius
Santa Degna Park
A short distance from the village of Aggius, the Santa Degna Lake is a wild place and of enchanti...
Via Li Rucchitti, 11, Aggius
Valley of the Moon
in the valley of the moon, outside Aggius, you can visit one of the nuraghic structures the most ...
SP 74, Aggius
Porta Terra Tower
The Torre di Porta Terra, located in the square of Alghero, has been the main entrance to the cit...

07024, La Maddalena (Sassari)
42.92 Kilometers from Aggius
Pelosa Tower
The Pelosa Tower is situated between Piana Island and Capo Falcone at the entrance of the Asinara...

Via Manganella, 54, Castelsardo (Sassari)
29.54 Kilometers from Aggius
MUT Tonnara Museum
The Tonnara Museum of Stintino, in Sardinia, tells of a time that there's no more.

Via Lepanto, 36, Stintino (Sassari)
70.26 Kilometers from Aggius
Biddas - Sardinia's Abandoned Villages Museum
The Biddas Museum of Sorso, in Sardinia, is the first italian museum dedicated to the abandoned ...

Loc. Fraiga, Aggius
B&B Gianella
This bed & breakfast is located in the village of Aggius, in the province of Olbia-Tempio, Sardinia.

Corso Italia, 143 - 07031, Castelsardo (Sassari)
32.34 Kilometers from Aggius
Bajaloglia Resort
An oasis of wellbeing and relaxation, where the scent of the Mediterranean vegetation will inebri...

Località Bajaloglia - 07031 , Castelsardo (Sassari)
30.80 Kilometers from Aggius
Castelsardo Domus Beach
It is the ideal place to relax alone, as a couple or with the whole family.

Itinerary among 5 of the most suggestive villages of northern Sardinia
Our journey begins after a ferry crossing to Olbia where, after visiting the historic center and its wonders, we will be able to leave by car following the SS125 northwards, to Palau, to board a boat bound for our first destination , the island of La Maddalena and its village. The journey, starting mid-morning from the port city, should last about an hour and a half, therefore, upon arrival we can enjoy an excellent fish-based lunch in one of ...
Continue
A weekend between the villages of Castelsardo and Aggius
It is from the city of the fountain of the Rosello, an architectural jewel of Sassari, which begins this weekend in the far north of Sardinia. And 'the state road dell'Anglona that takes us from the capital to the first leg of the weekend, Castelsardo. Suggestive center of the coast, on the Gulf of Asinara, preserves, in its most ancient part, the typical medieval structure. The fortress of the Castello dei Doria dominates the inhabited ar...
Continue
Discovering 7 villages in Sardinia choosing the right ferry
Summer is almost upon us and the desire for holidays is increasingly felt. Among the most popular destinations in Italy, Sardinia offers innumerable tourist solutions, among which, of course, the Sardinian villages, which with their traditions, cultures and typicality, are the spearhead of a slow tourism, sought and absolutely surprising. Reaching these little jewels furrowing the seas of the Tyrrhenian coast of our boot represents an experie...
Continue
Recipe: Mirto, sips of well-being from the villages of Sardinia
"One enjoys one drinks as much as one's thirst". Thus wrote the great Italian poet Dante Alighieri (1265-1321) in the 20th canto of Purgatory of his universally known Divine Comedy. In the same period, "spirit" drinks began their unstoppable journey towards popularity. The elixir of Sardinia is the Mirto (myrtle), a liqueur with an alcohol content of 30-35 degrees obtained by cold hydroalcoholic infusion or dark purple berries or leaves: with the first one obtains the red myrtle, with the second the white myrtle is there. Both delicious w...
Continue
Recipe: Gallurese Soup
Zuppa Gallurese is one of the oldest dishes in Gallura (Sardinia) and one of the typical dishes of the village of Aggius which was served at important lunches and weddings. In ancient times, "a chidd'anni" we say in Gallura dialect, not everyone had a wood-burning oven and therefore the soup was prepared "a fogu cu lu lu caldari innantu a la tribbita", in a large saucepan placed on the fire above a three footer: the layers of bread and cheese were put with the broth and finished in the saucepan on the fire.
Continue