Share
La Maddalena gives its name to the archipelago of which it is the largest island and to the national park of which it is the administrative center. Renowned tourist resort, it has many beaches in its territory, such as the famous Spiaggia Rosa, a beach with maximum environmental protection located northwest of the Archipelago on the island of Budelli, famous for being the set of the film The red desert by Michelangelo Antonioni. 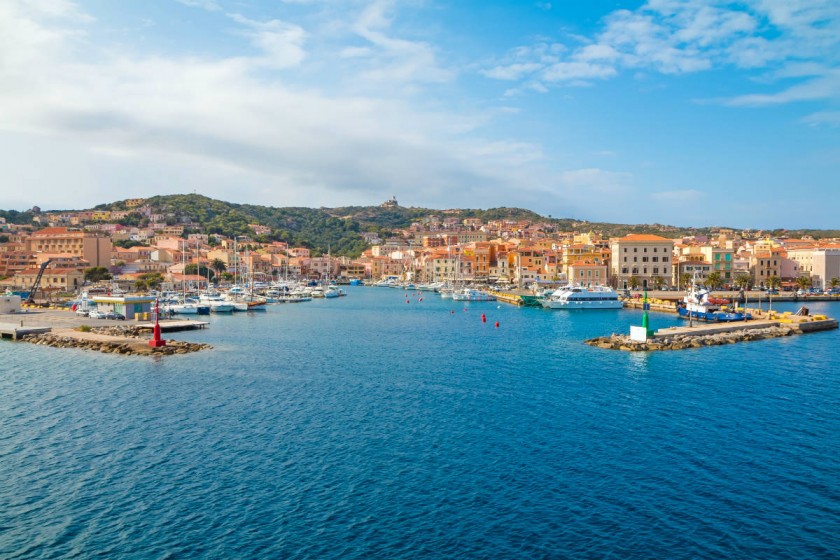 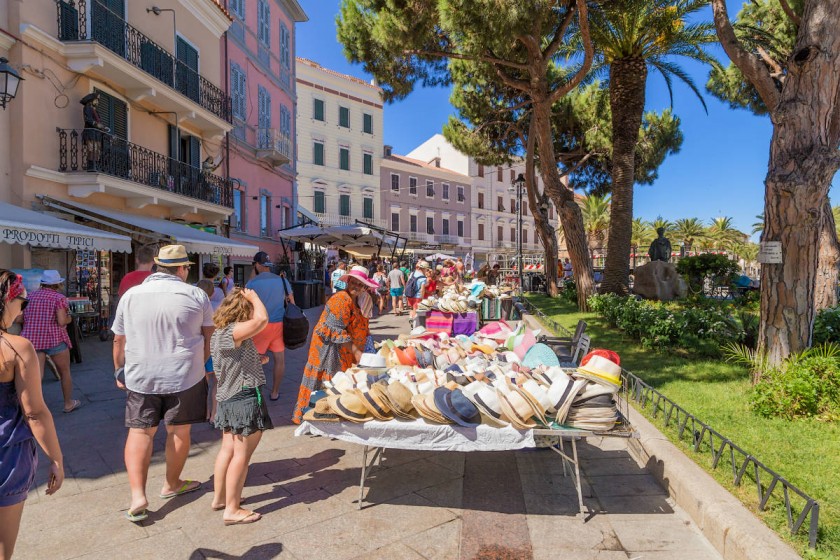 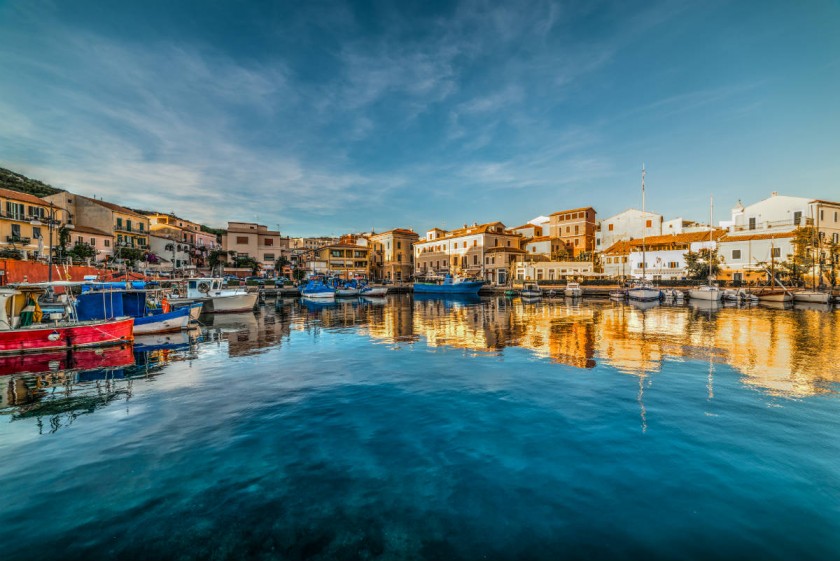 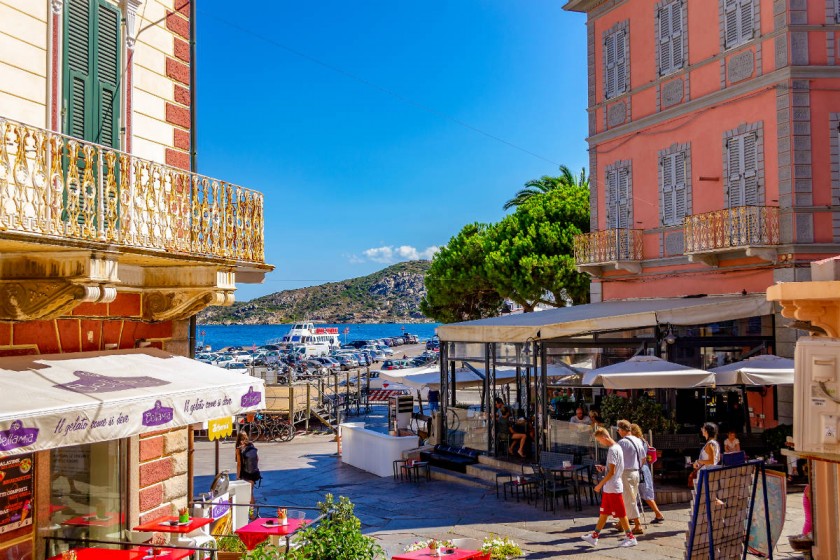 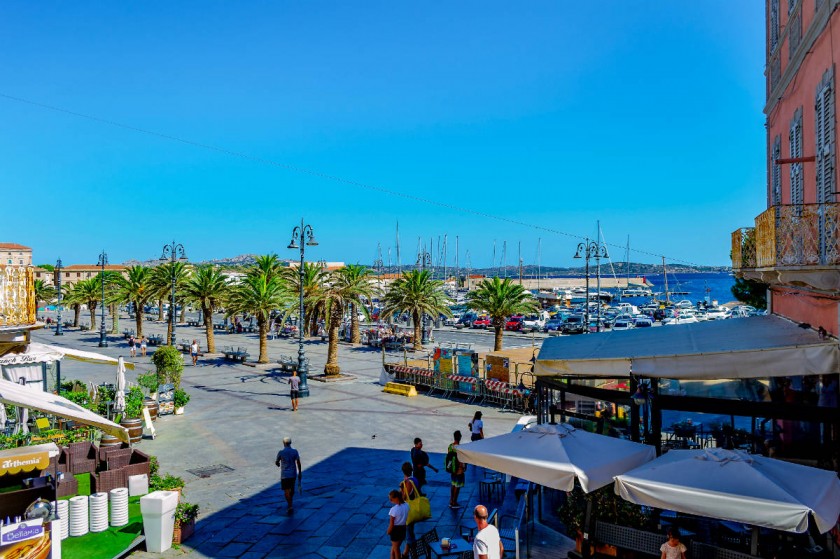 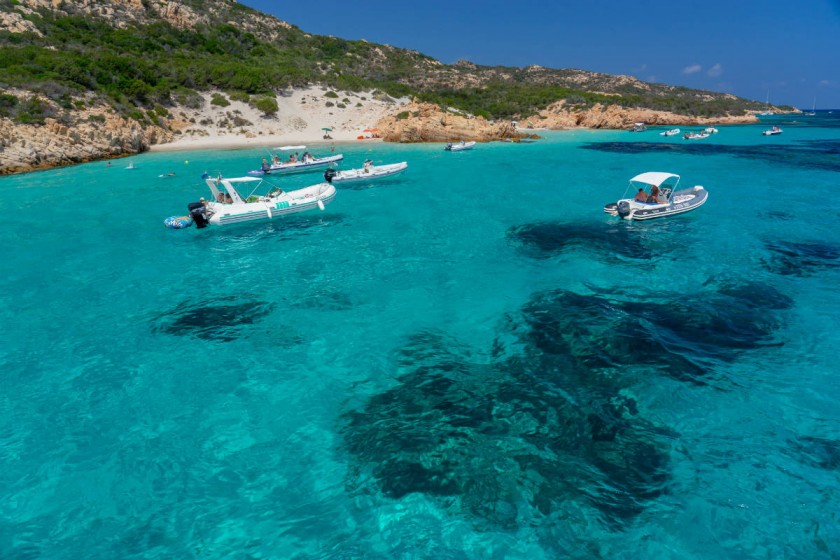 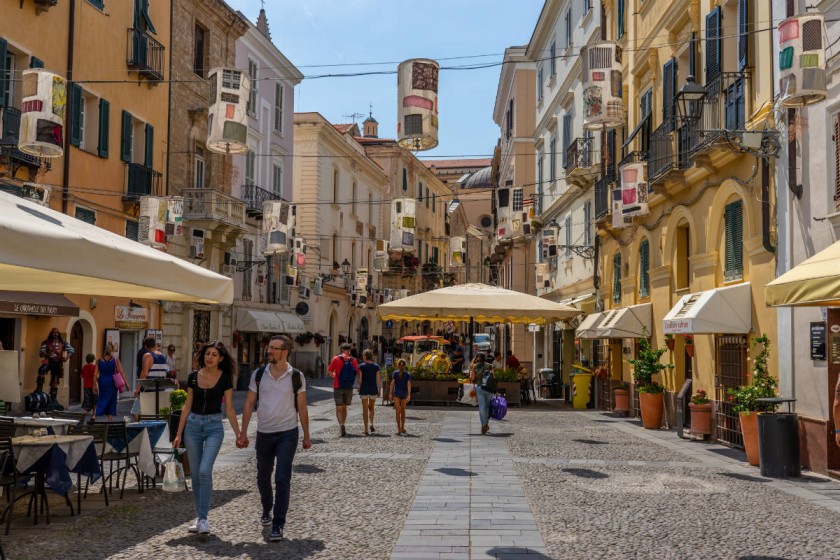 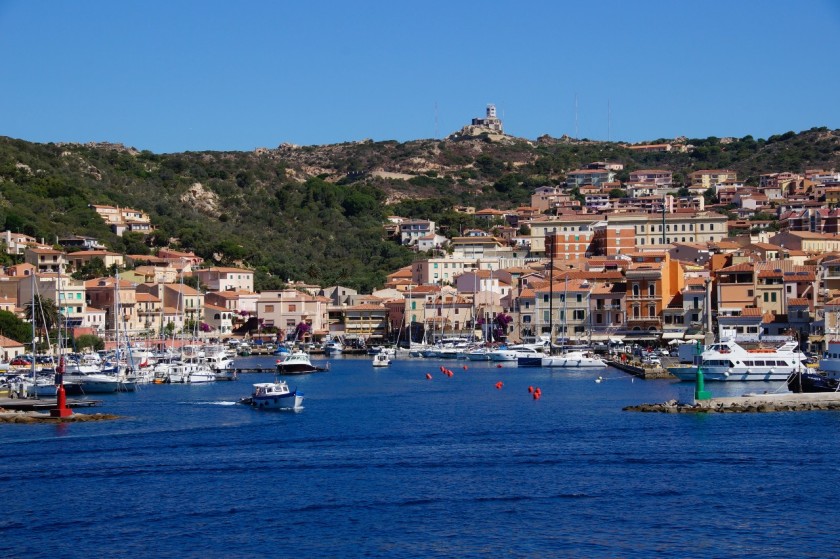 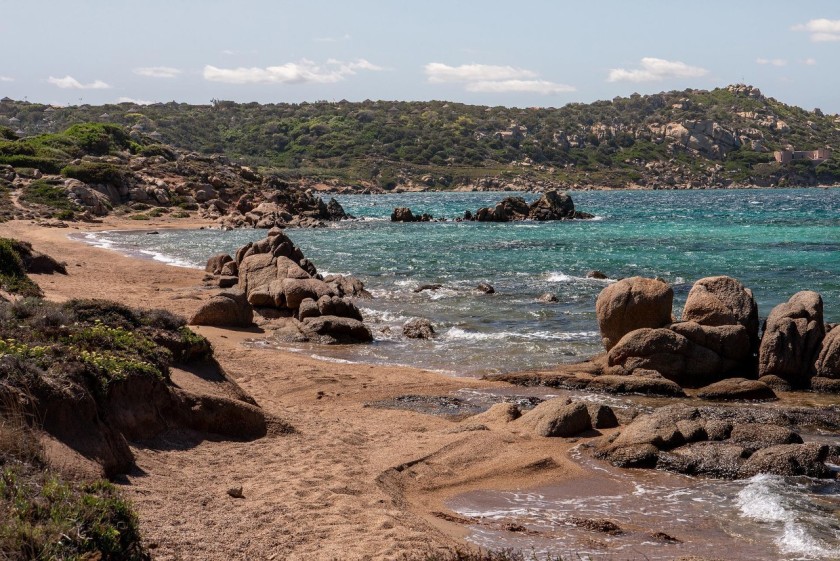 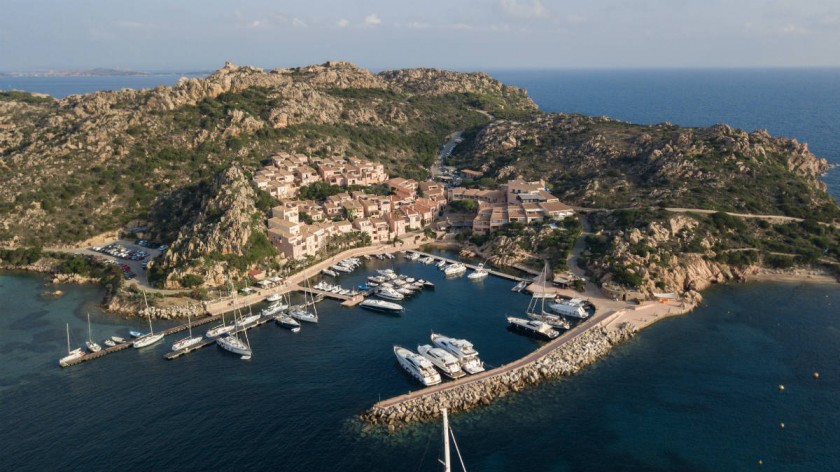 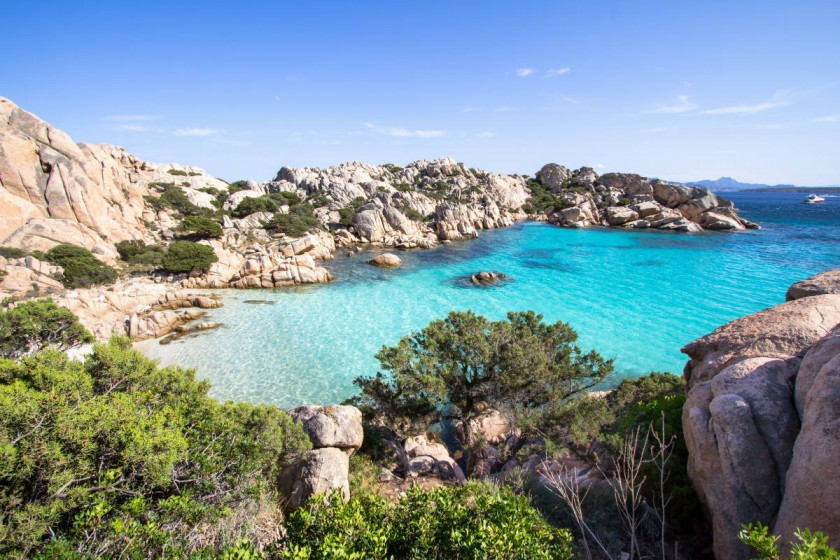 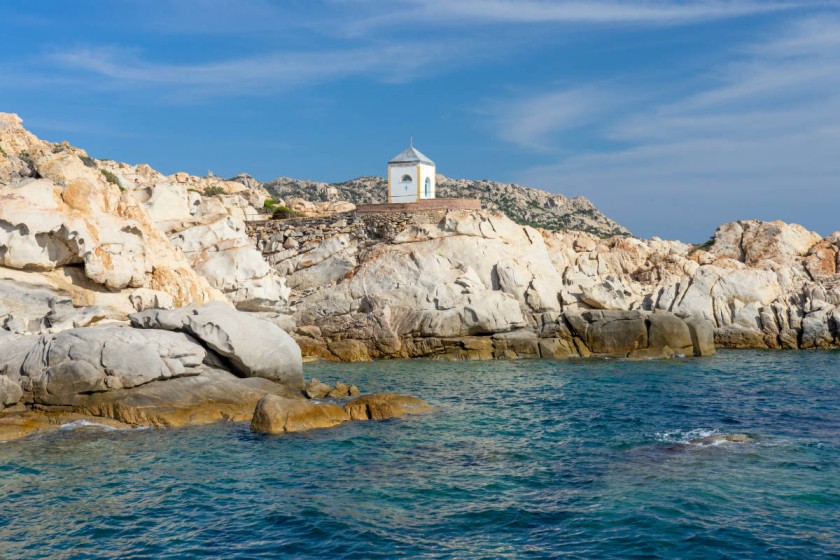 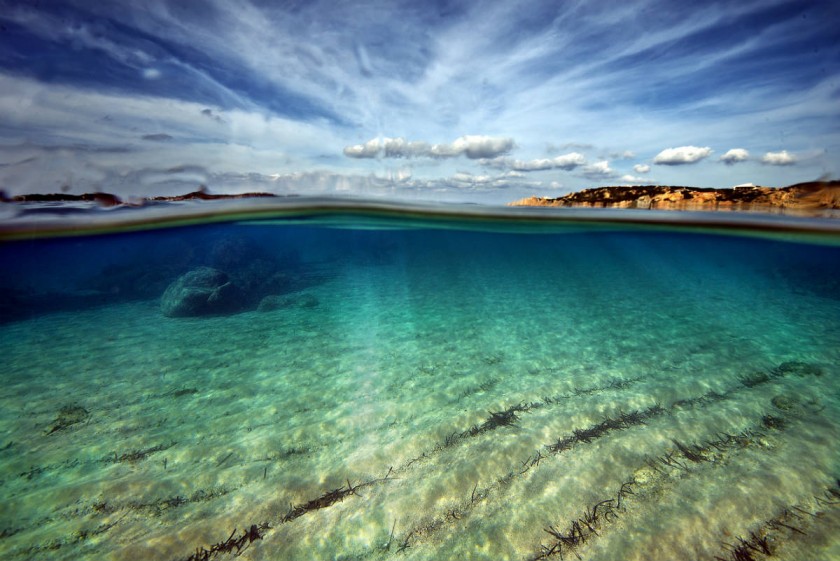 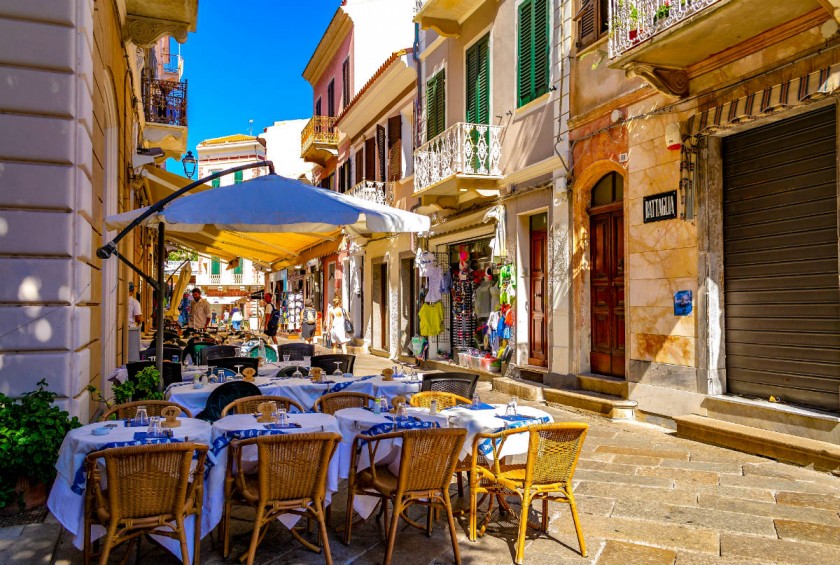 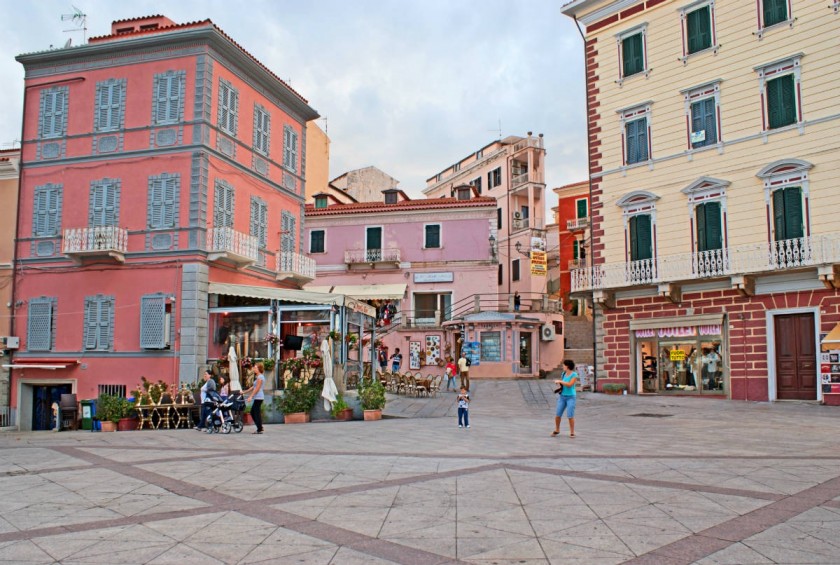 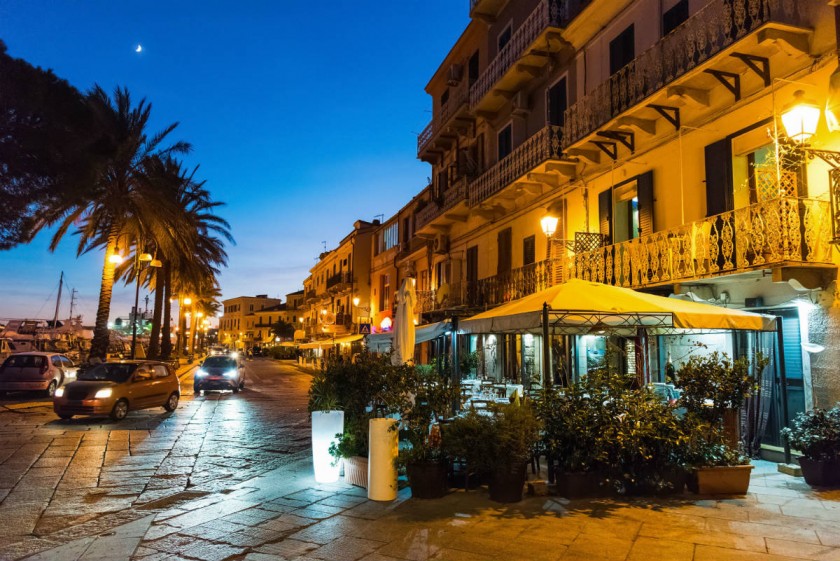 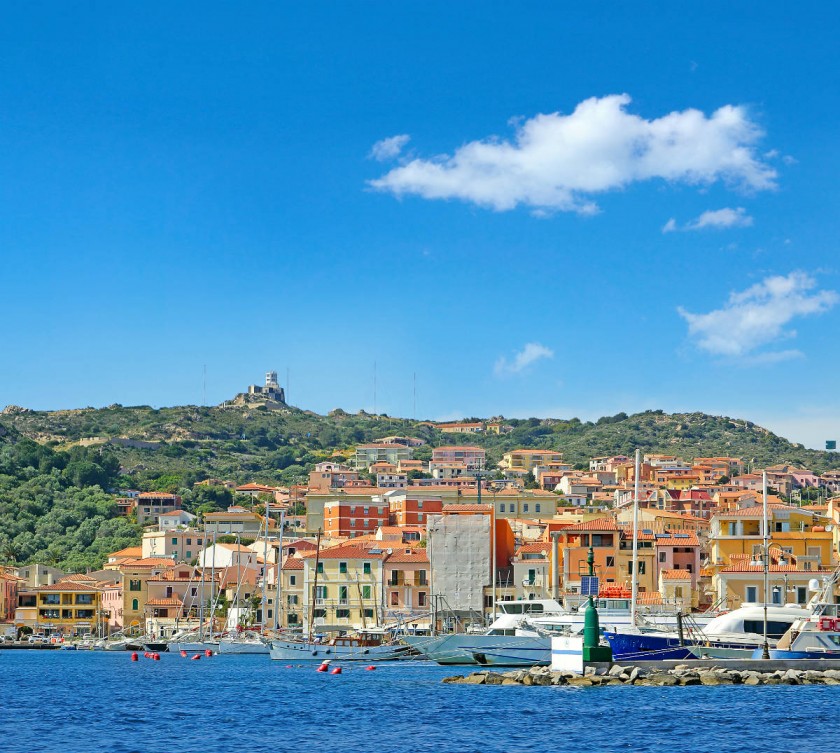 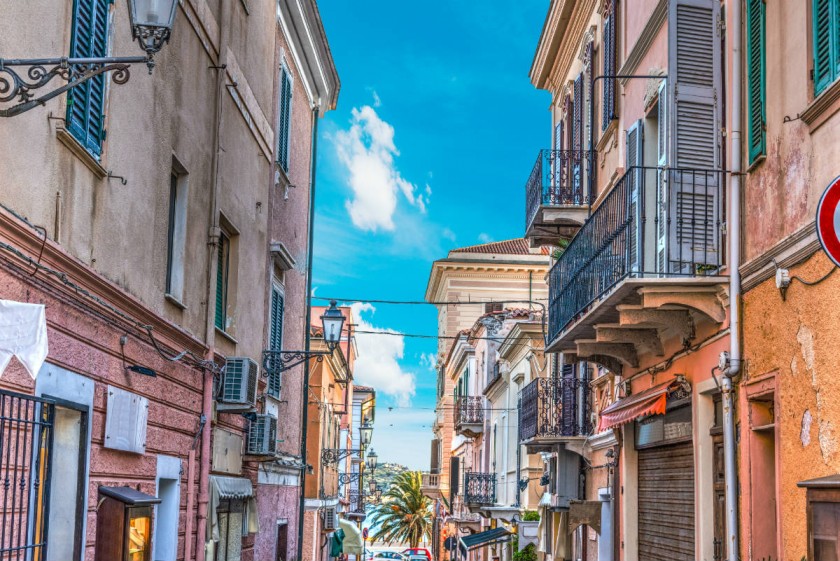 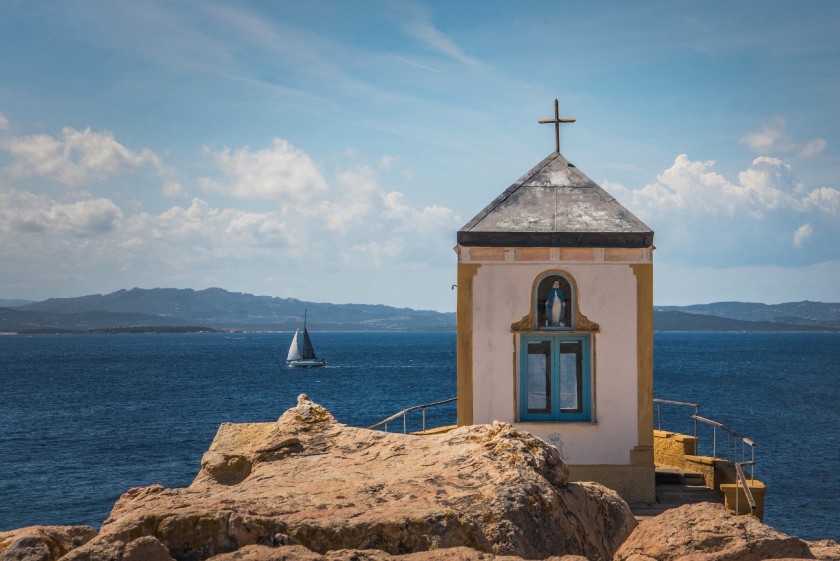 Chapel of the Madonnetta
Eszter Miller 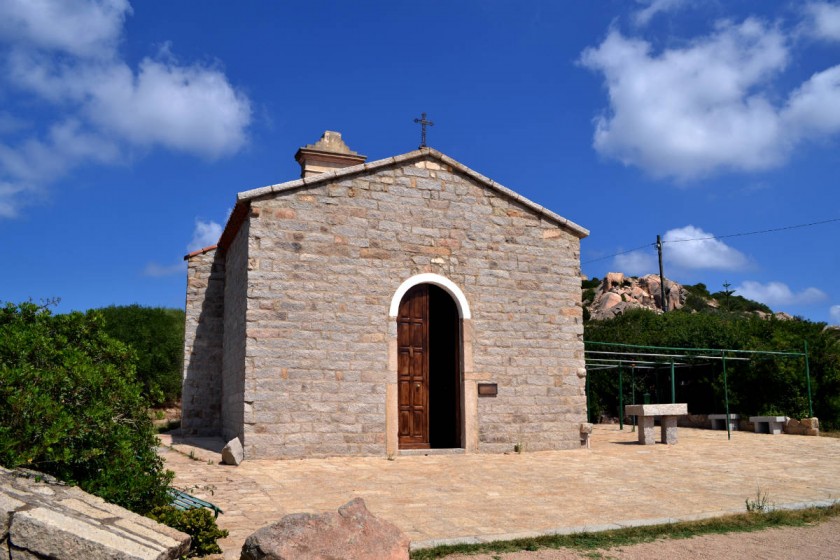 Church of the Holy Trinity
miqu77

A look at La Maddalena

The village of La Maddalena (A Madalena in Gallura, Sa Madalena in Sardinian) is located on the main island of the homonymous archipelago, constituted by the following islands: La Maddalena, Caprera, Santo Stefano, Spargi, Budelli, Santa Maria, Razzoli; other small islands as: Giardinelli, Mortorio, Chiesa, Spargiotto more other smaller islets.

Frequented since the Neolithic (there were findings in tafoni toward the beaches of Spalmatore), following the fall of the Roman Empire of the West the archipelago of La Maddalena was abandoned by man until the seventeenth century, when there dwelt corsican shepherds coming from the Alta Rocca. The village of La Maddalena, dating back to the eighteenth century, rises to the south of the main island and overlooks toward Palau.

On 23 February 1793 the island had to cope with the attempt of the invasion of the French army to control which there was a young journal course named Napoleon Bonaparte. The French were detained by the Sardinian fleet controlled by Maddalena Domenico Millelire, who became the first gold medal for military valor of the Italian Navy.

La Maddalena and the whole archipelago are included inside the National Park of the Archipelago of La Maddalena, a protected area marine and terrestrial of national and Community interest. The renowned tourist resort, has in its territory many beaches, like the famous Pink Beach, arenile to maximum environmental protection located north west of the Archipelago in the island of Budelli, famous for being the set of the film red desert of Michelangelo Antonioni.

The archipelago is also known for being the last residence of the hero of the two worlds of Giuseppe Garibaldi who built, at Caprera the famous "White House", today Home Museum open to the public and where you can visit the tomb where it rests.

The dialect of Maddalena (isulanu), similar to the gallurese, being the result of immigrations from Corsica eighteenth, nineteenth-century (and therefore relatively recent) is what more has affinity with the modern dialects of course, in particular with the hinterland of Bonifacio and Porto Vecchio, while other dialects Gallura are more similar to the conservative variants of Sartenese and of the Alta Rocca, even if with some nuances characteristics because of the genoese contamination, in the area of La Spezia and ponzesi.

The military stronghold has represented the main economic resource for at least a century but today has lost much of its strategic importance also considered that the US base of submarines support present on the island of Santo Stefano was divested definitively on 25 January 2008. However, the island still hosts a school commissioned officers of the Italian Navy, in addition to being the seat of the Maritime and important center of control of maritime traffic in the Strait of Bonifacio.

Very important for the economy of La Maddalena was for almost two centuries the granite quarry located at Cala Francese, renowned for the quality of the material: in fact the 'works' formed by the stonecutters maddalenini were required throughout the world, a metropolitan legend would like the granite base of the Statue of Liberty was made of granite of Maddalena. Important was also the market of La Maddalena, situated close to the Municipality, which over the years has lost many shops interiors. Fishing is little practiced and almost exclusively with pots and networks because of the area rocky and protected park.

The seaside tourism naturalistic and thanks also to the marine park borders, without doubt represents the future of this archipelago. La Maddalena is renowned throughout the world for its beaches and for the clarity and the transparency of its waters that resemble those of the Caribbean.

the Municipality is part of:
I Borghi più belli d'Italia
Unione Gallura

Via Vecchia,10, Aggius (Sassari)
42.76 Kilometers from La Maddalena
Biddas - Sardinia's Abandoned Villages Museum
The Biddas Museum of Sorso, in Sardinia, is the first italian museum dedicated to the abandoned ...

via Convento, 10, Sorso (Sassari)
83.63 Kilometers from La Maddalena
Valley of the Moon
in the valley of the moon, outside Aggius, you can visit one of the nuraghic structures the most ...

Via Monti di Lizu, 6 , Aggius (Sassari)
42.83 Kilometers from La Maddalena
Porta Terra Tower
The Torre di Porta Terra, located in the square of Alghero, has been the main entrance to the cit...

Str. Vicinale Paris Giega, Alghero (Sassari)
113.52 Kilometers from La Maddalena
Bajaloglia Resort
An oasis of wellbeing and relaxation, where the scent of the Mediterranean vegetation will inebri...

Travel proposals in La Maddalena and in its territory

La Maddalena is present in issue 4 of our digital magazine e-borghi travel.
Read it now! 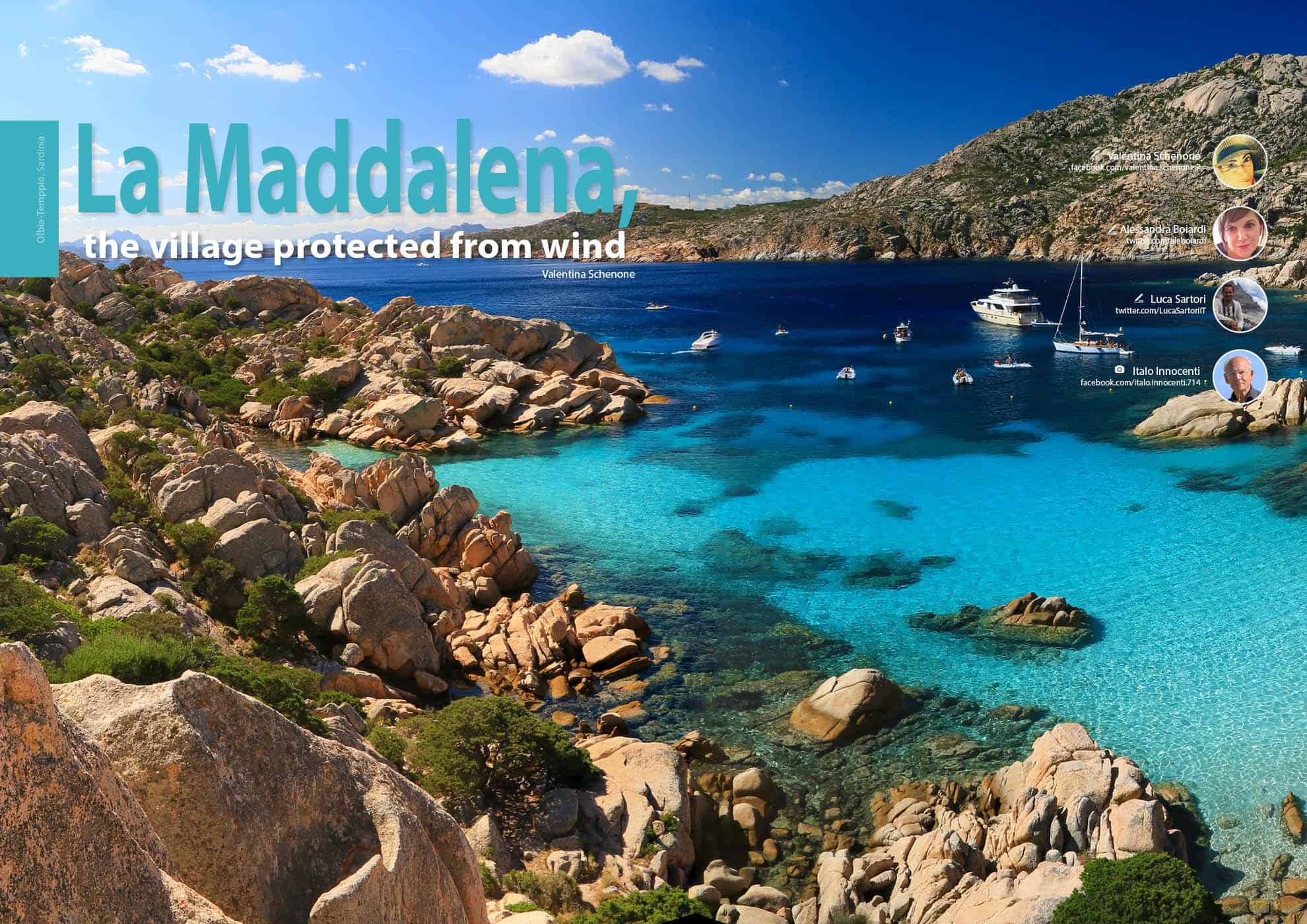 La Maddalena: a dream archipelago
About sixty islands, islets and rocks form the first Historical and Environmental Geominerary Park in the world, but also the first national park in Sardinia, protected since 1994; in 2017 Legambiente and the Touring Club awarded the area five sails for the quality of bathing water and efficiency of services. Beyond the awards and numbers, the Maddalena Archipelago National Park fascinates for its unique mix of crystal clear waters with incred...
Continue
Itinerary among 5 of the most suggestive villages of northern Sardinia
Our journey begins after a ferry crossing to Olbia where, after visiting the historic center and its wonders, we will be able to leave by car following the SS125 northwards, to Palau, to board a boat bound for our first destination , the island of La Maddalena and its village. The journey, starting mid-morning from the port city, should last about an hour and a half, therefore, upon arrival we can enjoy an excellent fish-based lunch in one of ...
Continue
Discovering 7 villages in Sardinia choosing the right ferry
Summer is almost upon us and the desire for holidays is increasingly felt. Among the most popular destinations in Italy, Sardinia offers innumerable tourist solutions, among which, of course, the Sardinian villages, which with their traditions, cultures and typicality, are the spearhead of a slow tourism, sought and absolutely surprising. Reaching these little jewels furrowing the seas of the Tyrrhenian coast of our boot represents an experie...
Continue
Recipe: Mirto, sips of well-being from the villages of Sardinia
"One enjoys one drinks as much as one's thirst". Thus wrote the great Italian poet Dante Alighieri (1265-1321) in the 20th canto of Purgatory of his universally known Divine Comedy. In the same period, "spirit" drinks began their unstoppable journey towards popularity. The elixir of Sardinia is the Mirto (myrtle), a liqueur with an alcohol content of 30-35 degrees obtained by cold hydroalcoholic infusion or dark purple berries or leaves: with the first one obtains the red myrtle, with the second the white myrtle is there. Both delicious w...
Continue