Share
A small jewel of the Amalfi Coast, located just 43 km from Salerno, Positano is the destination of many noble lords as a summer holiday destination since Roman times: in fact, in addition to today's international jet-set, in the past the upper classes of Rome chose Positano to build their homes of which you can still see extraordinary remains. 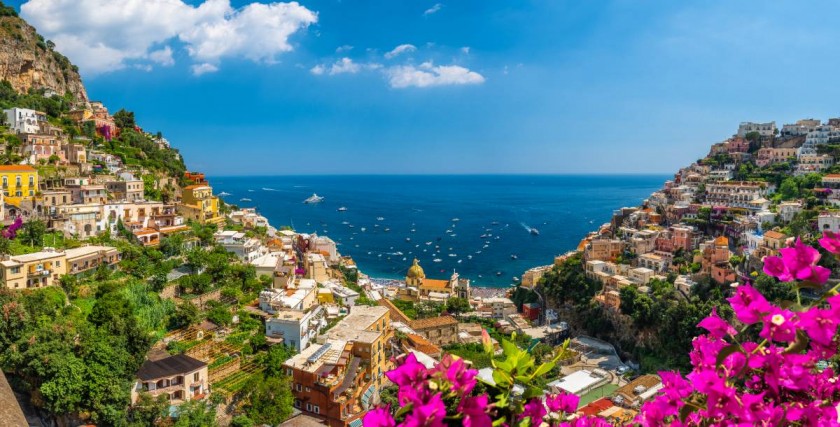 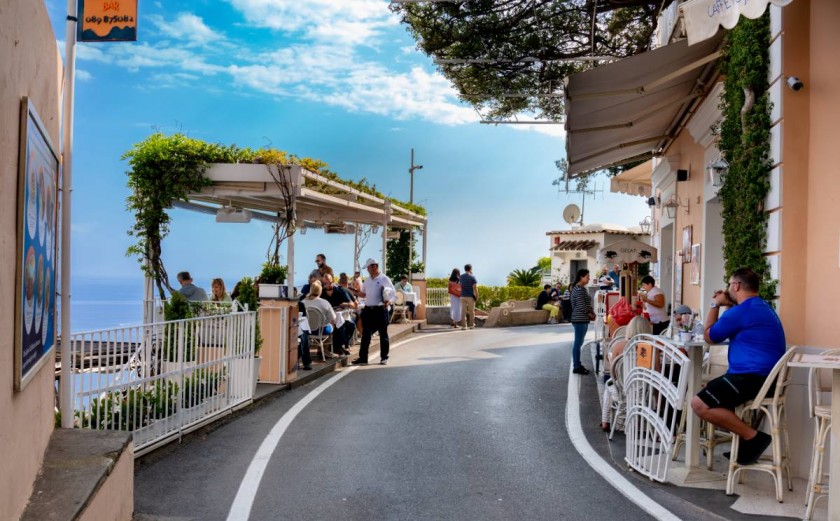 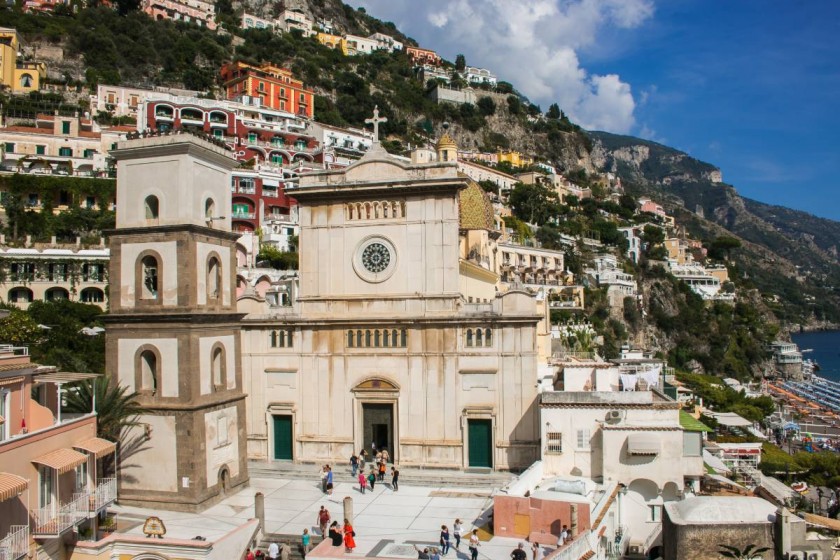 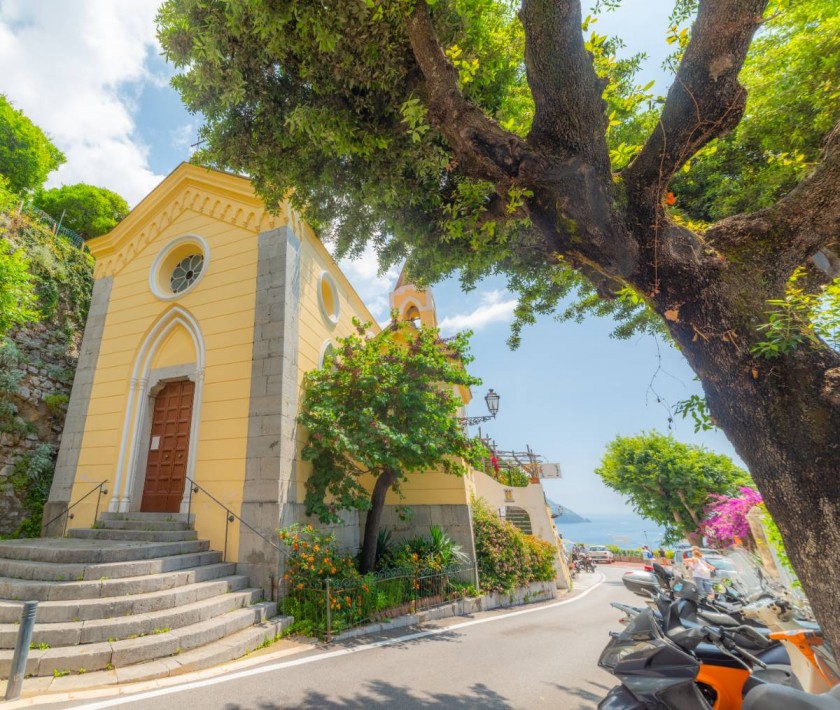 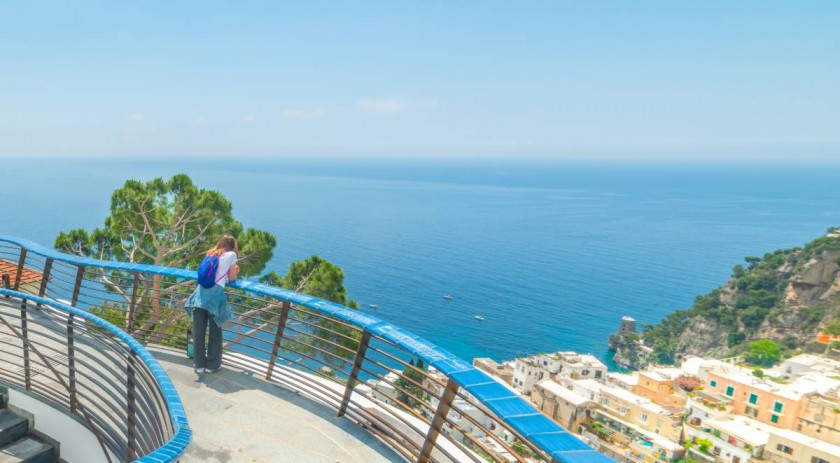 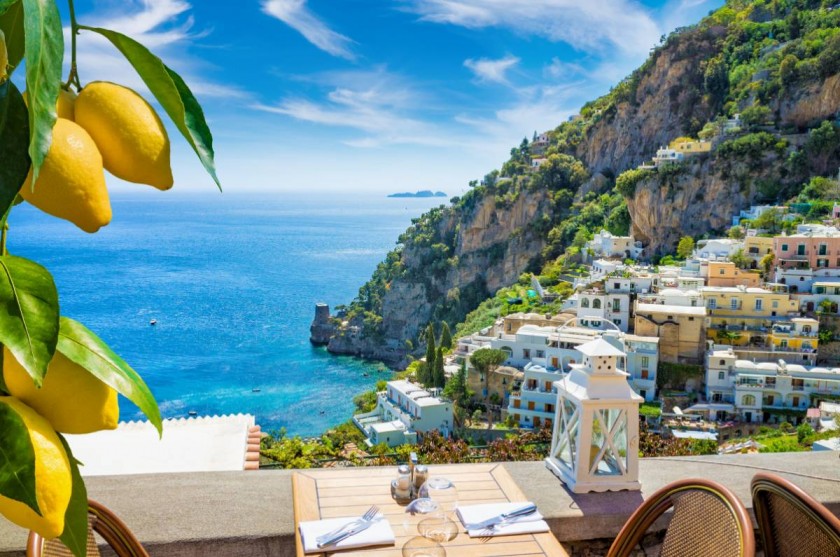 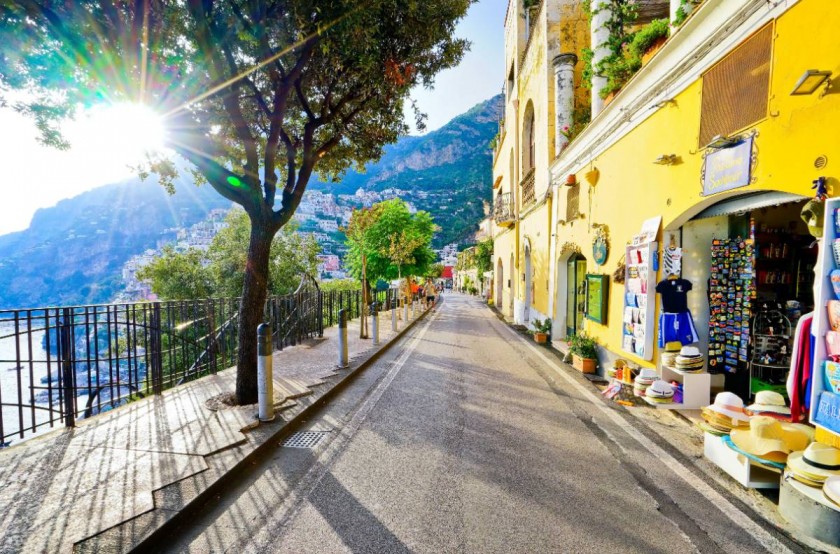 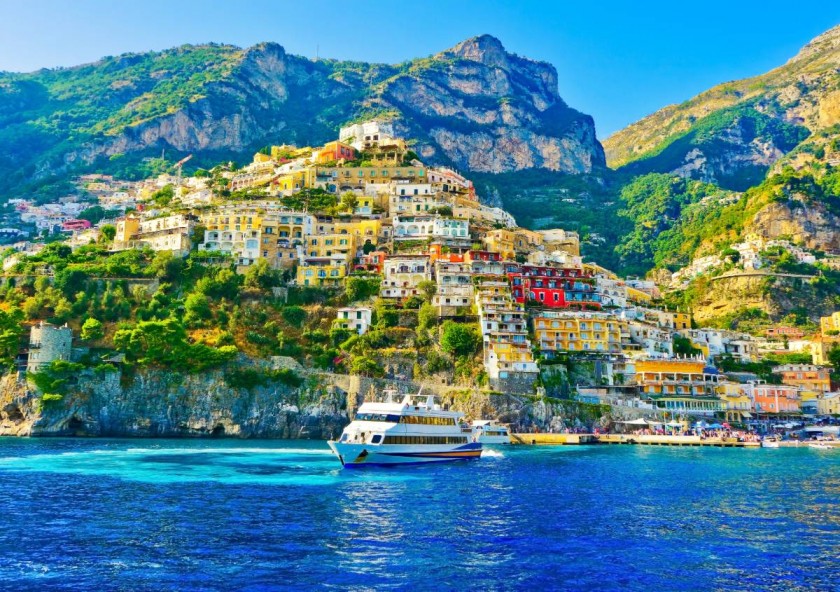 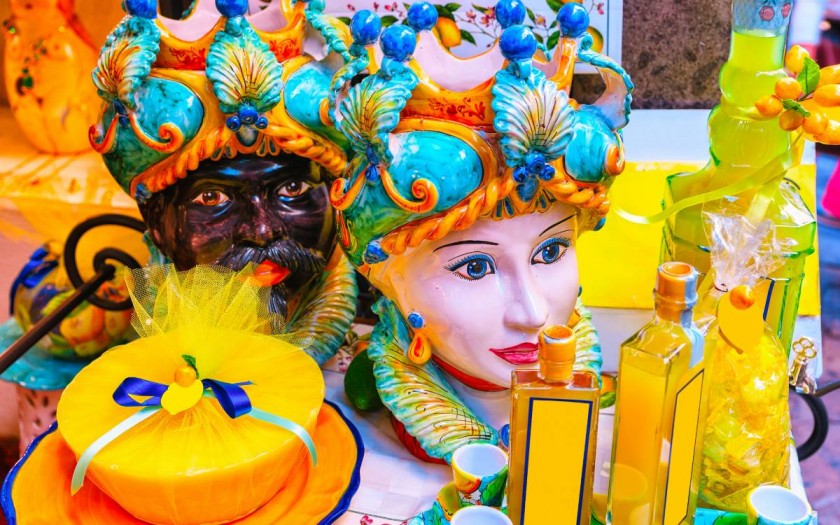 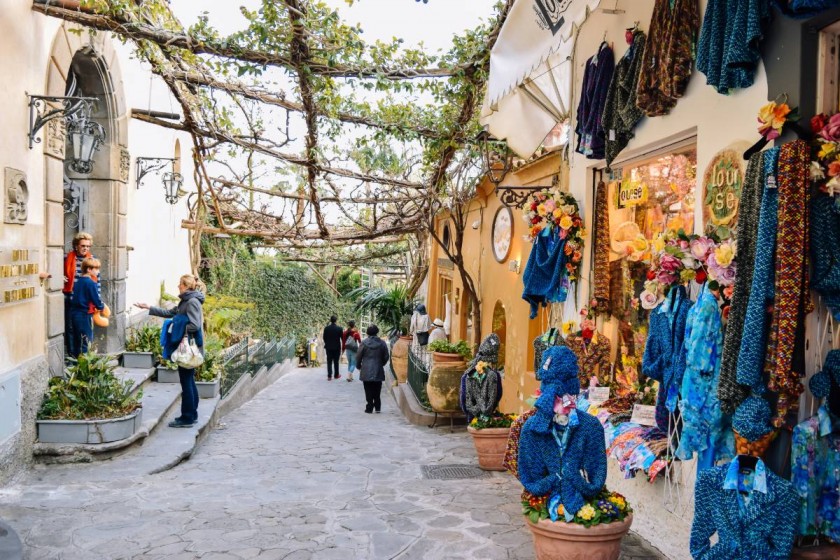 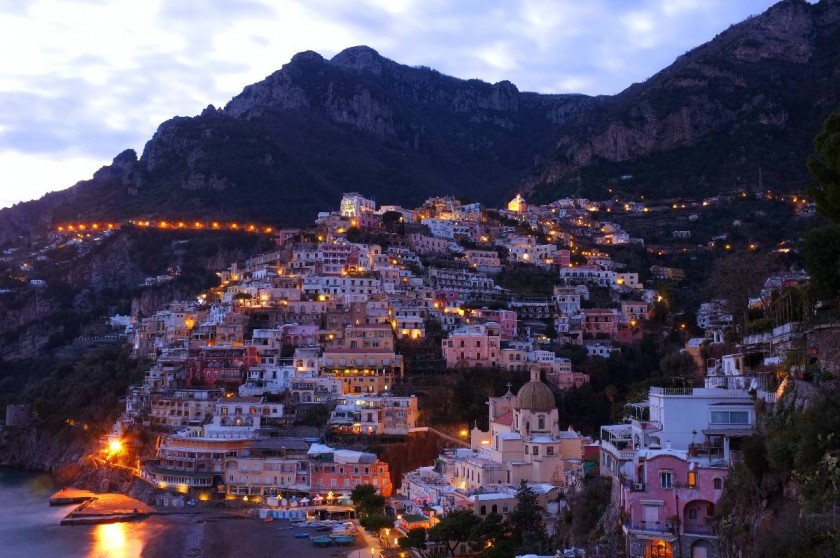 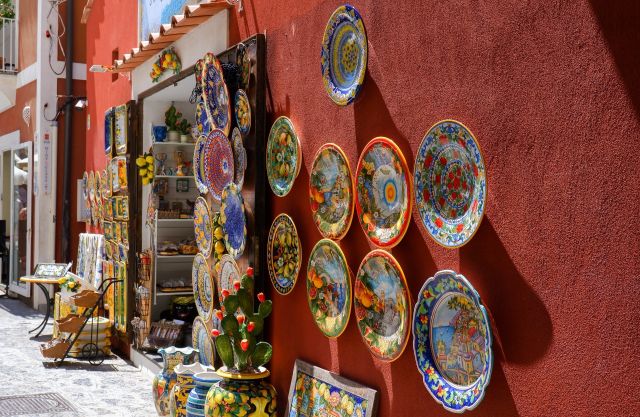 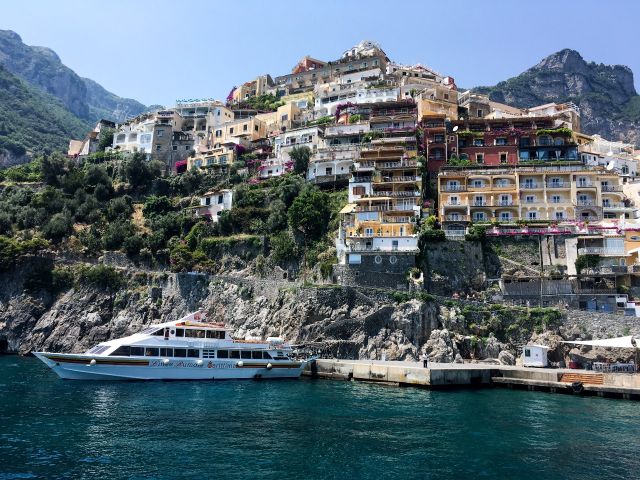 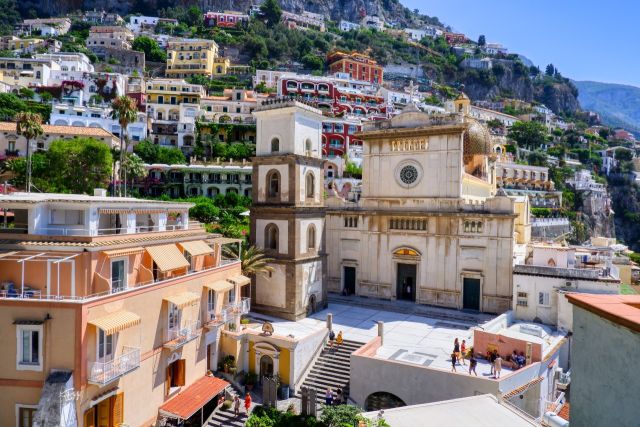 A look at Positano

The Amalfi coast has always fascinated for the spectacular combination of nature and man's work: on the sides of green mountains and overlooking the Gulf of Naples there are villages that seem to come out of the brushstrokes of the most romantic of painters. Among these there is the beautiful Positano, a small jewel located just 43 km from Salerno, chosen by noble lords as a summer holiday destination since Roman times: in fact, in addition to today's international jet-set, in the past the upper classes of Rome chose Positano to build their residences of which you can still see extraordinary remains.

Discovering Positano
The transalpine traveller Astolphe de Custine described Positano with these simple but explanatory words: "In this incomprehensible landscape, only the sea is horizontal, and everything that is dry land is almost perpendicular". Well, walking through the picturesque alleys of Positano you will find yourself crossing steps and ups and downs that follow the morphology of the ridge of the Lattari Mountains, along which the coastal village rises.

You'll walk under characteristic pergolas dotted with lemon trees, among pastel-coloured houses and shops where you can discover the traditional craftsmanship of the place: handmade sandals, coloured ceramics, linen dresses and straw hats are just some of the specificities of the place, without forgetting its delicious cuisine. If you are in Positano you can't help but stop in one of the characteristic little restaurants of the village, where real delicacies such as fresh fish, mozzarella served on lemon leaves, pasta seasoned with the dripping of anchovies from nearby Cetara, the inevitable limoncello and the Delizie al Limone, sweets that you can't do without anymore.

The center of Positano revolves around its symbol, the Church of Santa Maria Teresa dell'Assunta: its dome, decorated with green and yellow majolica tiles glittering in the sun of the Amalfi Coast, characterizes the skyline of Positano, especially seen from the sea. Inside the church, between columns with golden Ionic capitals, there is the Byzantine icon representing the Black Virgin and Child: the story goes that this ancient image arrived in Positano by the Benedictines, but the legend tells another fascinating story.
It is said that the icon was stolen around the 12th century by a group of sailors and loaded on a ship. Close to the coast where Positano stands today, a good luck stopped the ship completely and the sailors decided to go to another port: suddenly a female voice was heard repeating the words "Posa! Posa!" and suddenly the lullaby stopped. The sailors reached the shore and since then the fishing village that stood here was renamed Positano.
Also worth seeing is the Upper Crypt dating back to the period between the 16th and 17th centuries, with its dolphin-shaped drains where the bodies of the dead monks were placed before being buried.

What to See
Visiting the Upper Crypt of the Church of Santa Maria Teresa dell'Assunta you will see a series of objects found in the basement of the church, part of the MAR, the Roman Archaeological Museum of Santa Maria Assunta. This room with a macabre past has a glass floor, through which you will see what awaits you at a depth of 11 meters: in the basement in fact, the remains of a Roman domus were discovered in 1758, buried by lapilli transported here in 79 AD following the historic eruption of Vesuvius that wiped out Pompeii.

The villa, probably dating back to the beginning of the 1st century A.D., belonged to the freedman Posides: the triclinum, open directly on the splendid sea of Positano, has been recovered, showing itself today in all its ancient splendour. On its 5 mt high walls you can admire a wonderful mosaic of the Fourth Style with a marine theme: tritons, seahorses, mermaids, cupids, birds and peacocks are depicted in bright colors where the inevitable Pompeian red prevails. Then there is the scene of Chiron, the centaur who teaches Achilles to play the lyre in the presence of Dionysius.
Visiting the Archaeological Museum you will be able to see close up finds linked to ancient Roman civilization such as bronze cups, amphorae, various crockery and above all a cast imprinted in the mud of a wooden portal literally thrown by the fury of the explosion of Vesuvius.

The beaches of Positano and the legend of Montepertuso
A holiday in Positano also requires afternoons spent at the sea, on beaches set in spectacular natural settings: if Fornillo is the smallest but also the quietest beach, the Spiaggia Grande is perhaps the most spectacular with the view that sweeps from the Lattari Mountains to the Li Galli archipelago, the place where, according to legend, lived those sirens whose song was challenged by the brave Ulysses according to the Homeric Odyssey.
The two beaches are connected by a romantic promenade, along which you can also see some of the towers that dot the coast, built in '500 to sight the Saracen pirates who threatened the coast.
Looking up, you will notice that Positano is dominated by an impressive rock face with holes: well, it is Montepertuso and according to legend the hole was drilled by the Virgin with the purpose of throwing the Devil into the void, which seems to have left its monumental imprint in the ground. The event would have occurred on July 2, the date on which the traditional Feast of Our Lady of Grace takes place.

Church of Santa Maria Assunta
Located in the center of Positano, the abbey is known for its suggestive majolica dome.
Via Marina Grande, 84017, Positano
Ziro Tower
Located on Mount Aureo, Ziro Tower overhangs Amalfi and Atrani, in Campania.

Strada Statale Amalfitana, 43, Maiori (Salerno)
15.46 Kilometers from Positano
Torre Vicereale
One of the tourist attractions of the Amalfi Coast is the Tower of Cetara.

Via Galaffi, 23, località Prepezzano, Giffoni Sei Casali (Salerno)
35.98 Kilometers from Positano
Torre Vicereale
One of the tourist attractions of the Amalfi Coast is the Tower of Cetara.

Travel proposals in Positano and in its territory

From Naples to the Amalfi Coast a tour of Art Treasures and Gast... - from 925 €
A tour of 6 days and 5 nights among the wonders of Campania: from Naples to the beautiful Amalfi Coast
| Travel proposal valid until: Saturday 20 august 2022
6 days / 5 nights | September 14, 2022
Interested villages: Positano

Find where to sleep in Positano

Via dei Dogi, 15A - 84010, Atrani (Salerno)
4.48 Kilometers from Positano
Hostaria di Bacco - Albergo Diffuso Bacco Furore
One of the most comfortable structures in the village of Furore, in the splendid setting of the A...

Via Trasita 9, Furore (Salerno)
5.90 Kilometers from Positano
Hotel Palazzo Ferraioli
Palazzo Ferraioli is a 4 star hotel with wellness center on the Amalfi Coast, precisely in Atrani

Via Campo, 16, Atrani (Salerno)
10.38 Kilometers from Positano
Lae Domus
Lae Domus is located in the heart of the Amalfi Coast, precisely in Atrani.

Via Monastero, 11, Atrani (Salerno)
10.43 Kilometers from Positano
Cetara Albergo Diffuso
Just a few minutes from Salerno, at the gateway to the magnificent Amalfi Coast, the Albergo Diff...

Piazza Martiri Ungheresi n. 14/16 - 84010 , Cetara (Salerno)
15.80 Kilometers from Positano
Hostaria di Bacco - Albergo Diffuso Bacco Furore
One of the most comfortable structures in the village of Furore, in the splendid setting of the A...

Via Giambattista Lama, 9, Furore (Salerno)
5.40 Kilometers from Positano
Lae Domus
Lae Domus is located in the heart of the Amalfi Coast, precisely in Atrani.

Via Trasita 9, Furore (Salerno)
5.90 Kilometers from Positano
Cetara Albergo Diffuso
Just a few minutes from Salerno, at the gateway to the magnificent Amalfi Coast, the Albergo Diff...

The 10 most beautiful villages set in the rock
The Italian territory is rich in wonderful landscapes. Some of the places able to combine history and charm are the villages. From north to south, the villages are numerous and scattered in every region. They can be found in the most varied places: from islands to inland areas, from lakes to mountains, from hidden bays to jagged cliffs. But each of them is capable of making anyone who takes the time to visit them fall in love. Among the most c...
Continue