Share
Poggio Torriana brings together three distinct villages (the main ones) in its territory: Torriana, Montebello and Poggio Berni. The Castle of Saiano, the Castle of Scorticata and the Sanctuary-Hermitage of the Beata Vergine del Carmelo di Saiano are certainly worth a visit, 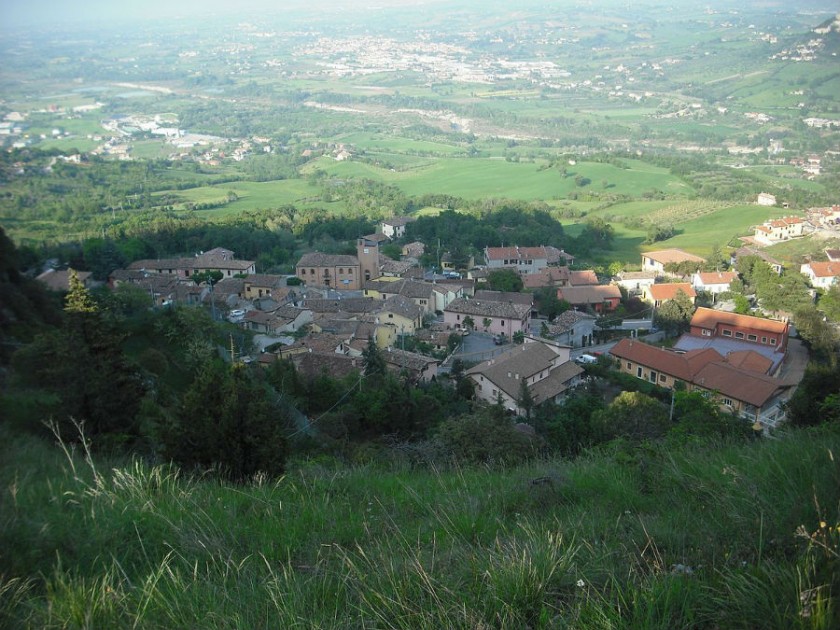 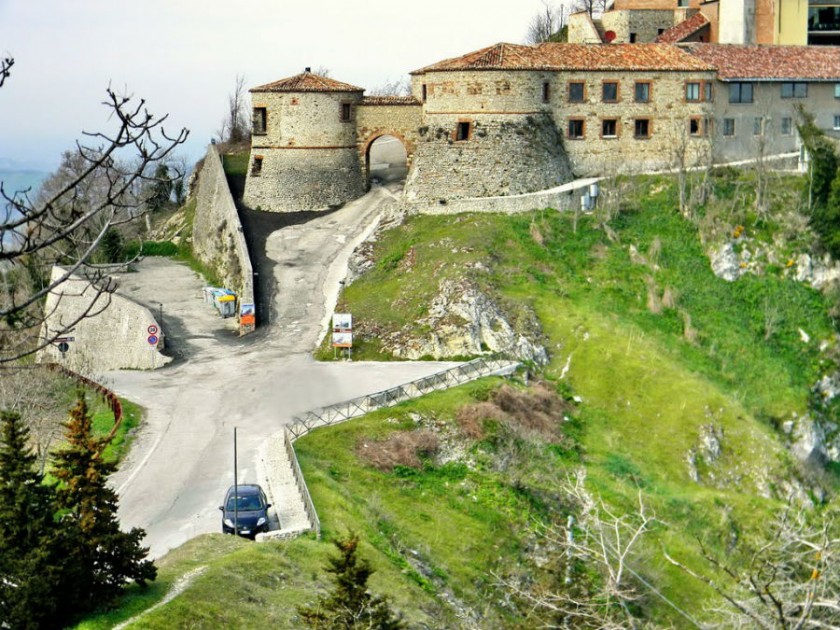 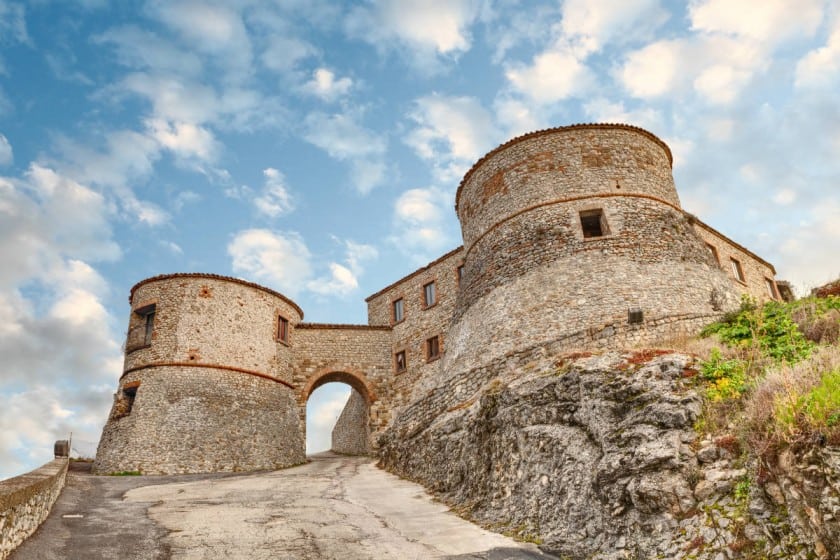 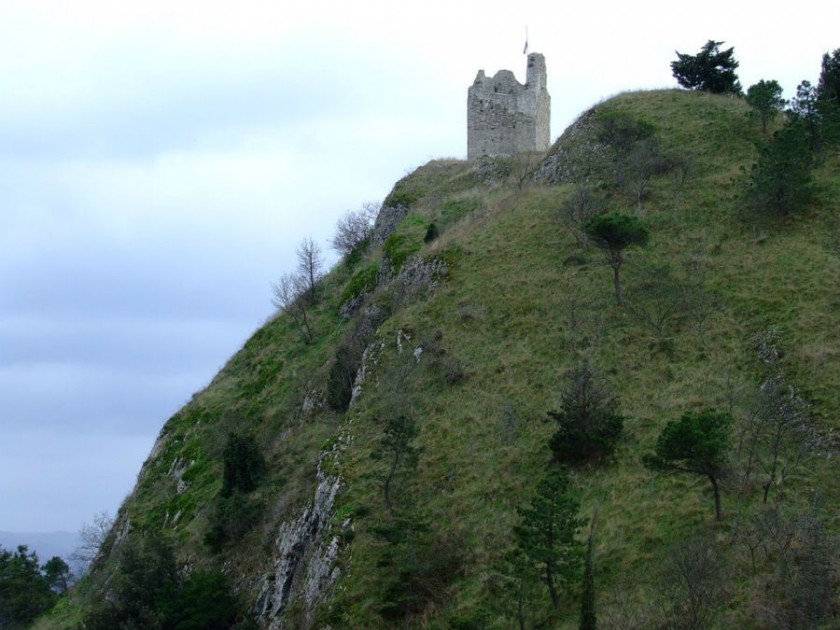 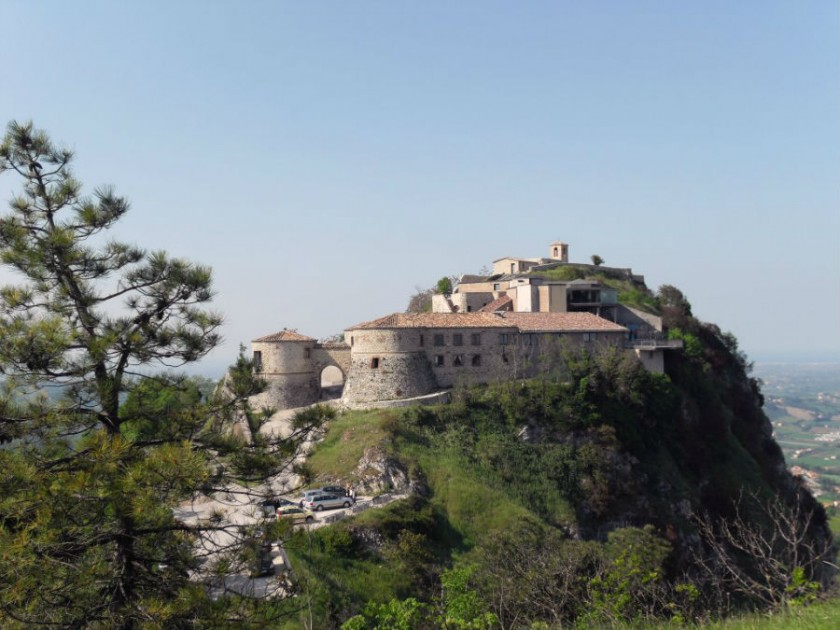 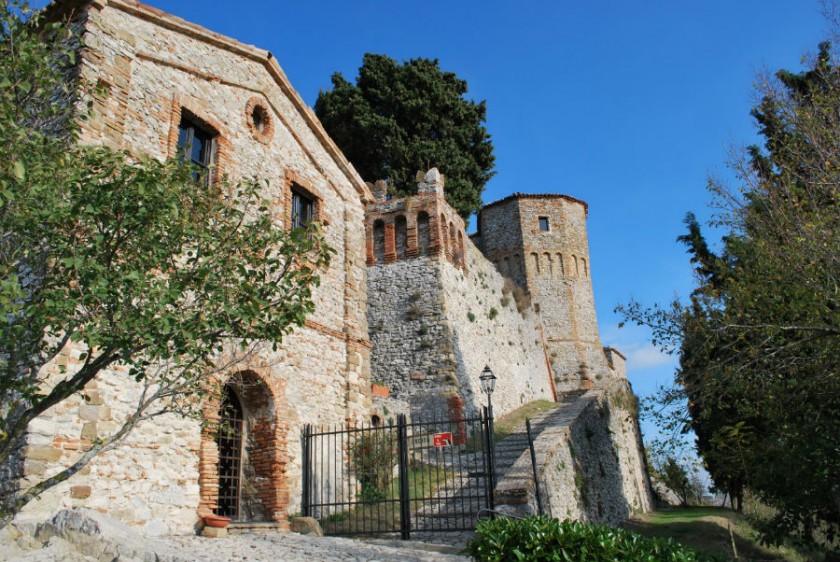 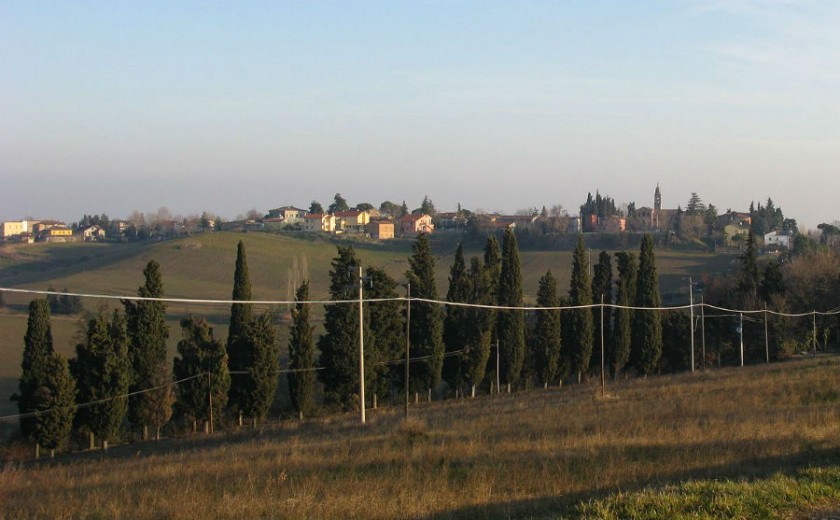 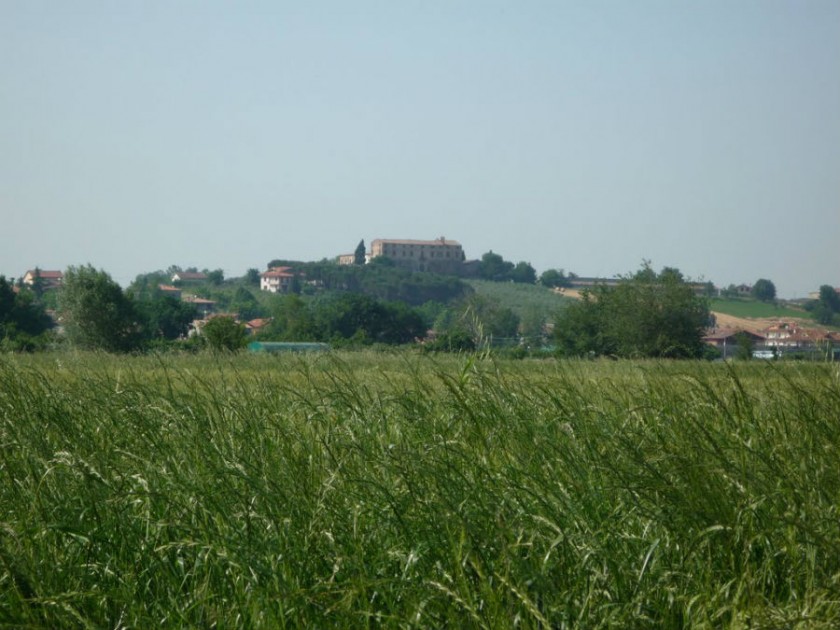 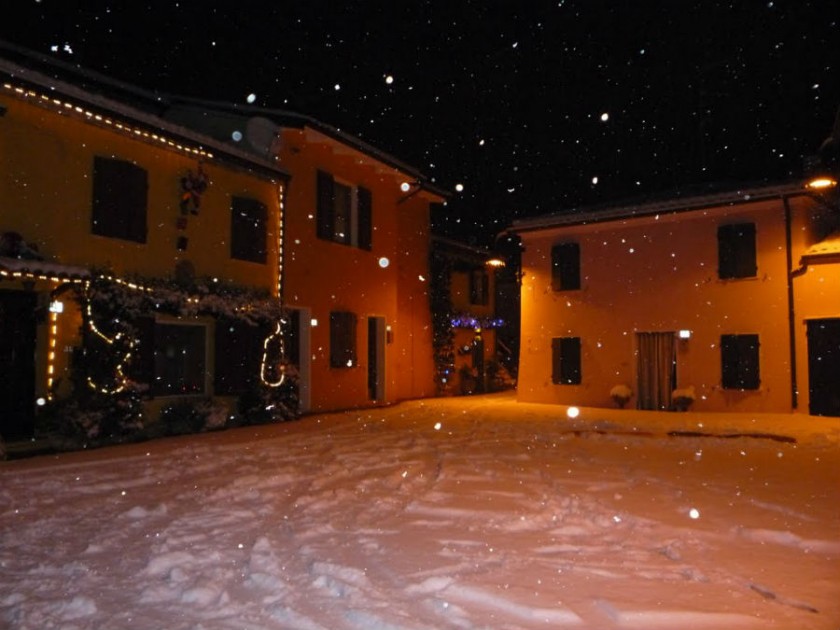 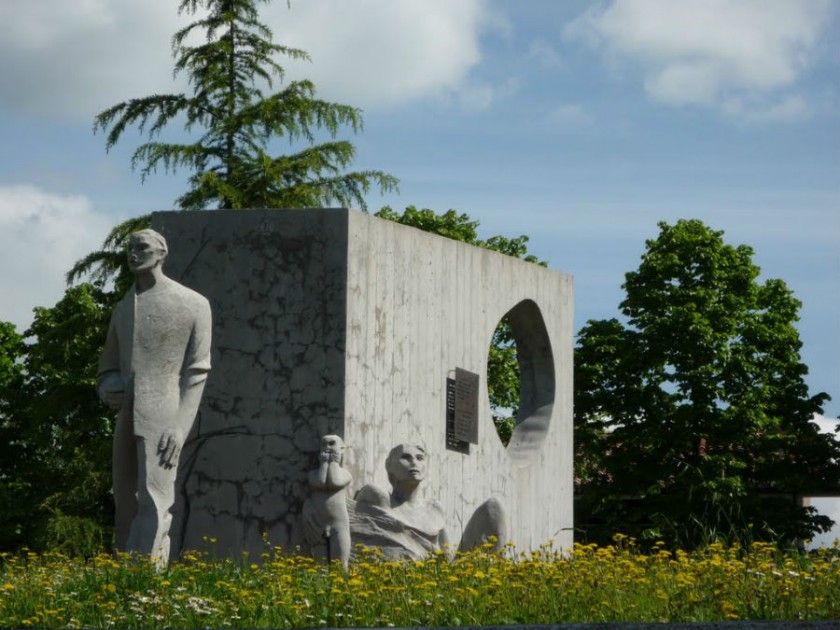 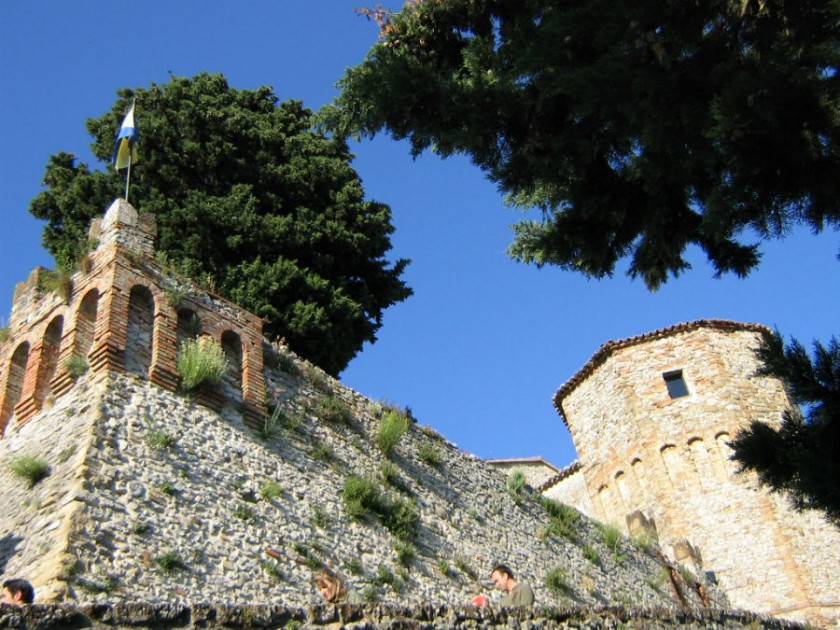 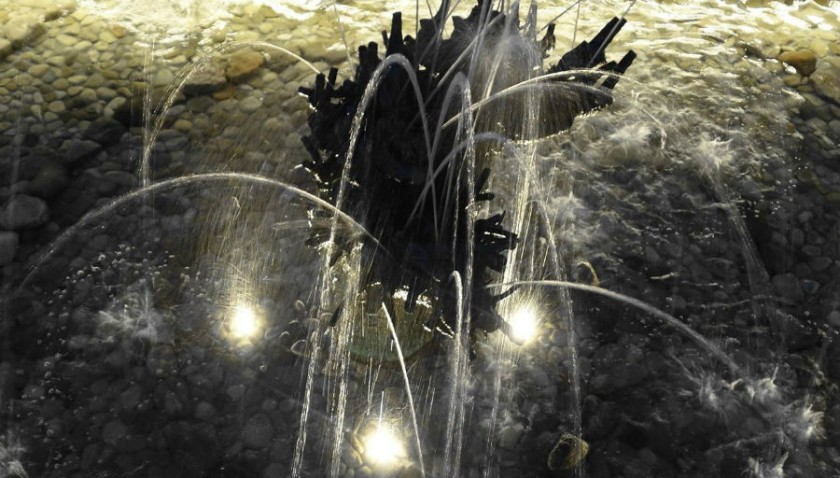 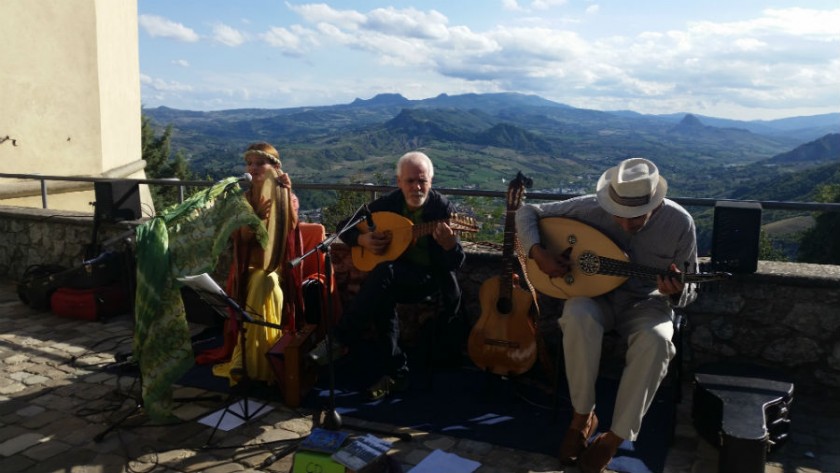 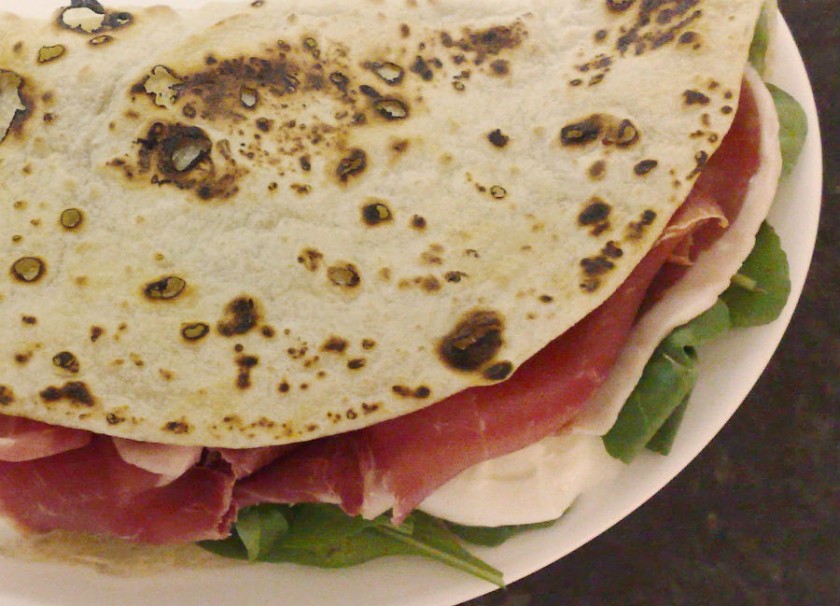 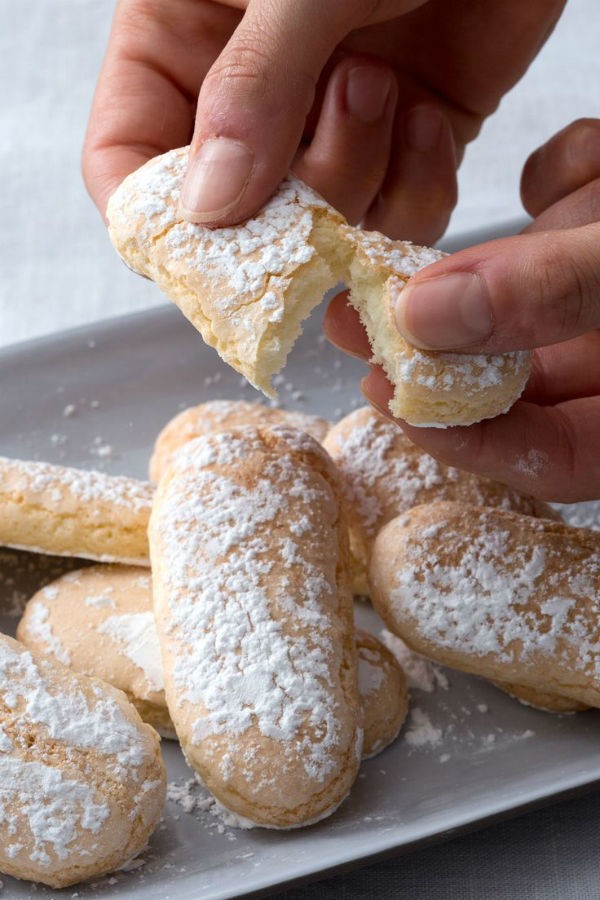 A look at Poggio Torriana

Poggio Torriana gathers in its territory three (main) distincted villages: Torriana, Montebello and Poggio Berni. Born on 1 January 2014 from the merger of the municipalities of Poggio Berni and Torriana, its municipal seat now is located in Poggio Berni.

Torriana
Scurghèda or e' bórg, in Romagna dialect, is a center historically linked to the Italian emigration in the direction of France, especially toward the Lorraine and first of all to the town of Hussigny-Godbrange where marked is in fact the use of dialect romagnolo both by making the popular name of Hussigny in French as "Basse-Italie" - and in English "Hussigny-little Italy". Certainly deserve a visitail Castle of Saiano, Castle Scorticata and The Sanctuary- Hermitage of Our Lady of Carmel of Saiano, the latter dating back to the XIV with two 16th century frescoes and a statue of the XVI century.

Montebello
According to a legend, the Montebello Castle would be inhabited by a ghost of Guendalina Malatesta, better known as Azzurrina. The village is very interesting from a historical point of view, its origins risalirebbero to pre-Roman times, it seems that the first inhabitants of this site were the Celtic populations and at the foot of the cliff, seems to exist a their place of worship.

The tower with a square plan is of Roman age (III century), now inserted in the structure of the castle. The medieval settlement later brought in legacy the latin name Mons Belli (upstream of the war). The first news you have in 1186, when the castle was sold by Ugolinuccio of Maltalone to Giovanni Malatesta. The Malatesta sited castle fortifications, being on the border with the territory of Montefeltro, historic enemies of the family of Rimini. In 1393 the Montefeltro, with an audacious coup, succeeded to storm the fortress.

In 1438 Sigismondo Pandolfo Malatesta managed to reclaim it. But the luck military of Malatesta declined until, in 1462, was defeated at Pian della Marotta, at Senigallia, by the hand of the papal army sent by Pope Pius II Piccolomini and guided by Federico da Montefeltro. Following the defeat, Montebello was supportive in 1464, by the Guidi Counts of bathroom. Since then, the family of the Counts Guidi is still the owner of the Rocca. After the sixteenth century the fortress underwent of interventions in order to adapt it to a noble residence. With respect to the structure of the 1464, the Guidi have renovated a whole wing of the castle to ala noble.

Between 1968 and 1973 the castle has undergone a major restoration to restore the fortress by the enormous damage of the bombardments of the second world war and then became a museum since 1989. By the same 1989 is open to visitors and is inserted between the monuments of the Italian National Heritage for its high historical value.

Poggio Berni
The origin of the name (Póz and in Romagna) is Latin: Podium Hibernorum literally means "Podium of winter camps", in fact on the Poggio there was a Roman military camp built in winter.

During the Middle Ages it was a feud of the Malatesta following the fortunes of the same and events. And by the noble family was fortified to duty. In 1600 it passed by hand: to sustain the fate of green village was the family of Tuscany Montemaggi principles, passed into history for their humanity. It was this don Sebastiano to strive with the Grand Dukes to provide poor girls from husband an adequate dowry. Don Giacomo, instead, the altruistic interest to make less inhuman prison to prisoners detained in caves full of water.

In 1763 it was purchased by Pope Clement XIII and became part of the Papal State (Legation of Romagna). In 1816, with the division of the territory of Romagna in two legations, was assigned to the Legation of Forlì. With the plebiscite of March 1860 Poggio Berni became part of the Kingdom of Sardinia, that the year after he became the Kingdom of Italy.

Little has remained of the medieval castle was fortified in 1335 by the Malatesta family. Soars, instead, wisely restored the fifteenth-century Palazzo Marcosanti, a time fortified farm. With the "grave" Palazzo Tosi offers in the eyes of the tourists two splendid examples, albeit from different eras, architecture of the past.

Territorial Museum
The Territory Museum collects about 6,000 finds coming from the territory of Longiano and from th...

Via Giannini, 16, Longiano (Forli Cesena)
9.85 Kilometers from Poggio Torriana
Malatesta Castle and Balestra Collection
The Malatesta Castle of Longiano is the permanent home of the contemporary art collection of the ...

Via Porta del Girone, 14, Longiano (Forli Cesena)
9.87 Kilometers from Poggio Torriana
Italian Museum of Cast Iron
The Neri Foundation, who for years is dedicated to the recovery and study of these elements, hand...

Via II Giugno, Montefiore Conca (Rimini)
21.31 Kilometers from Poggio Torriana
Rural Arts Museum
The Rural Arts Museum of Sant'Agata Feltria, in Valmarecchia, is fitted inside the Convent of San...

Via Santa Maria, 2, Longiano (Forli Cesena)
9.87 Kilometers from Poggio Torriana
Agriturismo Il Sentiero
Located in the middle of the hills of Montefiore Conca.

Via Gemmano, 1050 - 47834, Montefiore Conca (Rimini)
21.31 Kilometers from Poggio Torriana
Agriturismo Il Sentiero
Located in the middle of the hills of Montefiore Conca.

Where to spend Easter vacations 2022
The Easter vacations are always highly anticipated because, although short and far from the summer ones, give in any case a few days of carefree relaxation. There are many who decide to take a trip out of town, looking for intimate places surrounded by nature, choosing a quiet and authentic atmosphere. We of e-borghi recommend some places not to be missed. Spending your vacations in Trentino-Alto Adige and Emilia-Romagna In Trentino-Alto Adi...
Continue
Recipe: the Spoja Lorda Romagnola
The spoja lorda romagnola is a typical feast dish that every real azdora (the real lady of the kitchen in Romagna) could do with your eyes closed! Also called the stuffed soup the spoja (puff pastry in dialect) is a delicate egg pasta (very similar to the Emilian puff pastry) filled with cream cheese, cooked in capon broth or hen which is then 'dirtied' (gross from which gross) with the stuffing. They have the appearance of small squares, about two centimeters on each side, made with the spur, the typic...
Continue
The legend of the ghost of Azzurrina of the castle of Montebello
We are in the castle of Borgo Montebello, a hamlet of the municipality of Poggio Torriana, Rimini, where strange things seem to happen every five years. Since the opening of the castle museum in 1990, some visitors and researchers claim to have heard noises that would remind them of a child's crying or laughing. A "different" girl who disappeared in that castle without a trace. The story of the disappearance of Azzurrina has been handed down for about three centuries, when, around 1600, a parish priest of the area put it in w...
Continue