Share
Lying on the north-eastern shores of Lake Turano, Castel di Tora is a delightful village set in a very picturesque landscape, surrounded by a dense wood of Mediterranean scrub and Mount Nevagna, from the top of which, on clear days, it is possible to admire a wonderful view directly over the town. 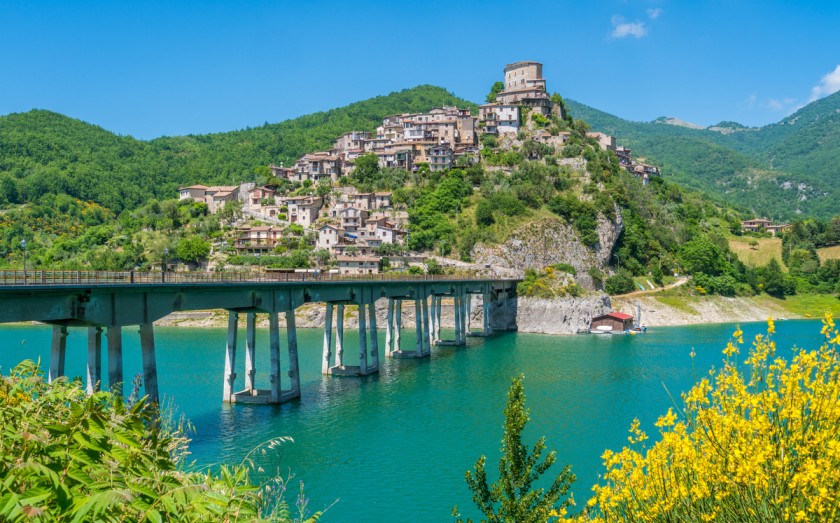 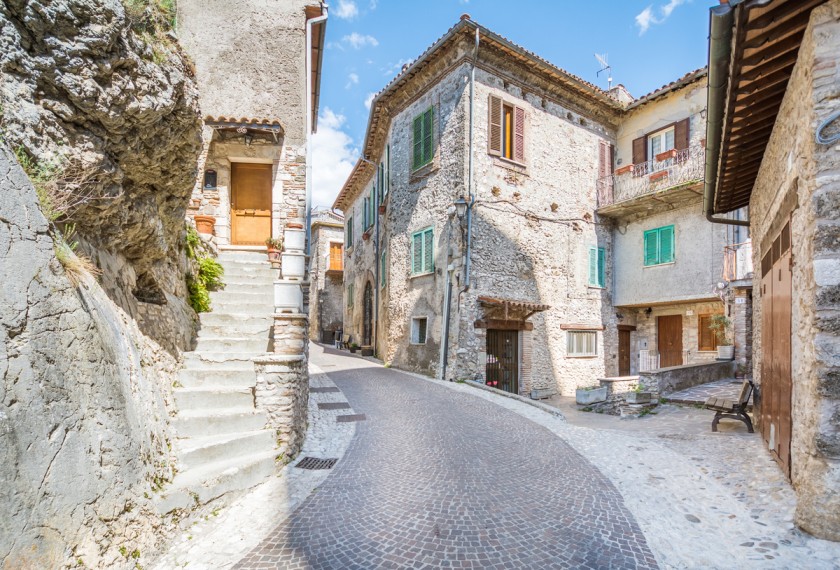 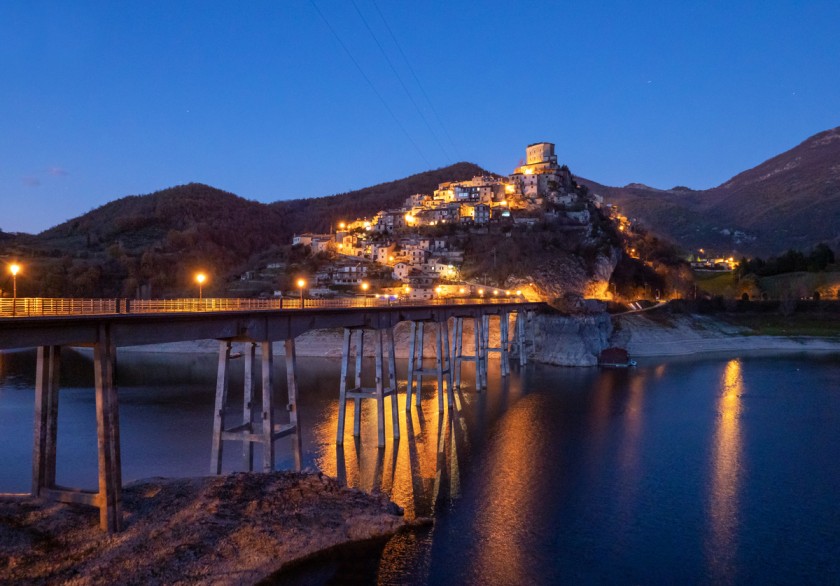 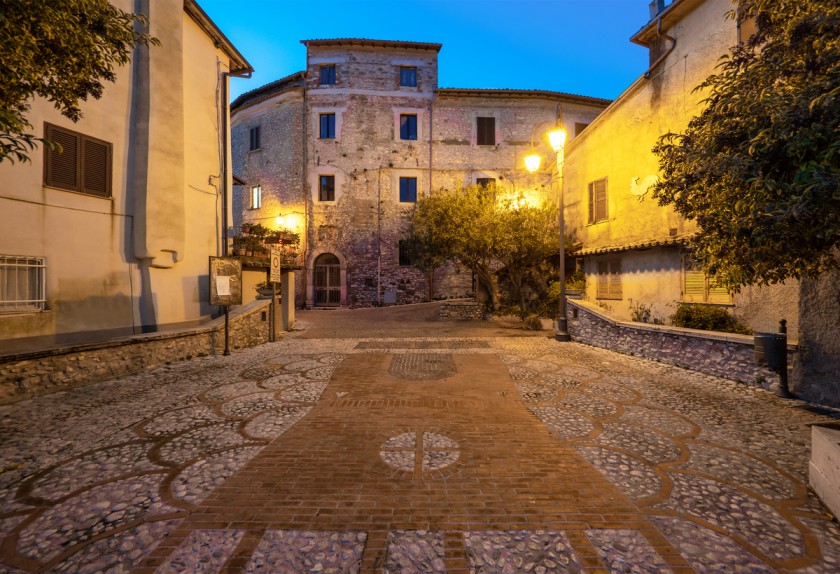 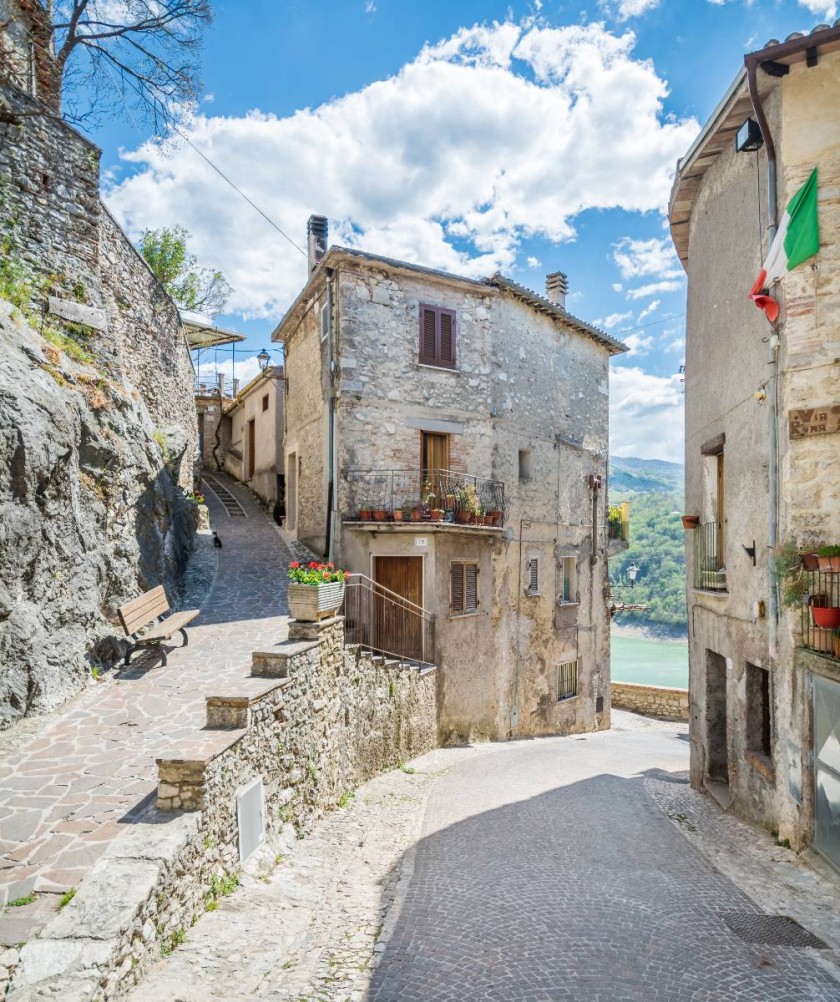 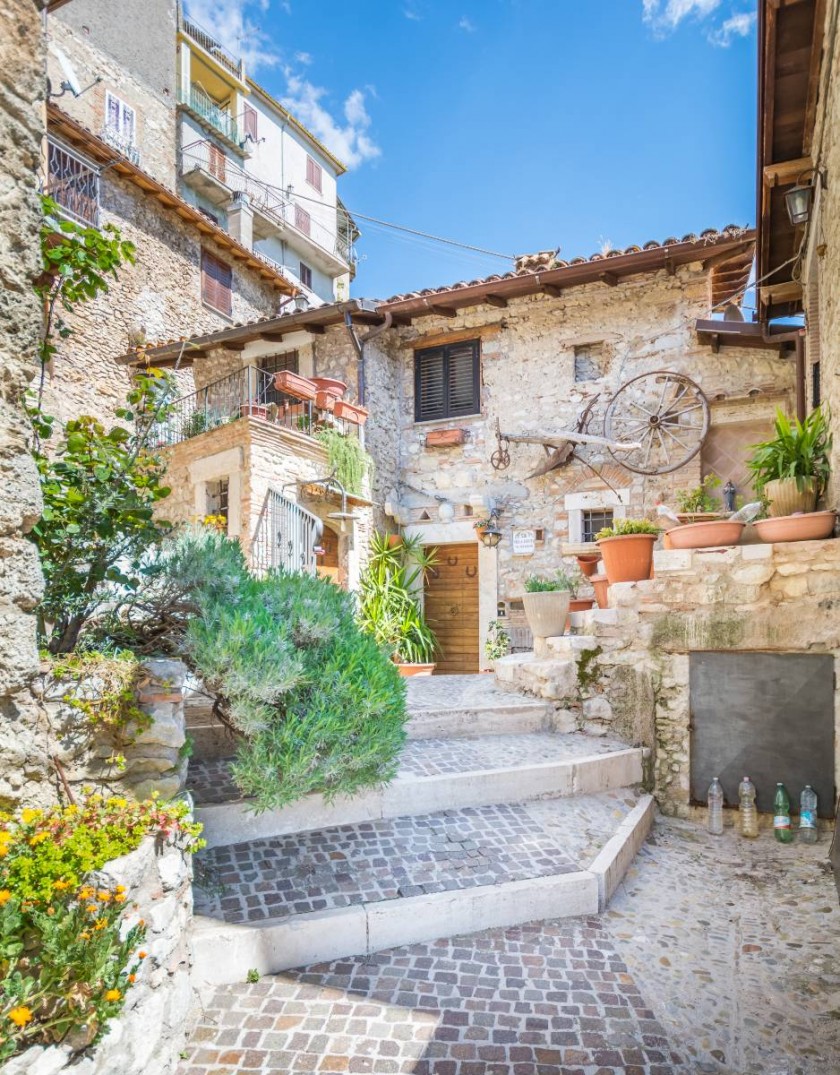 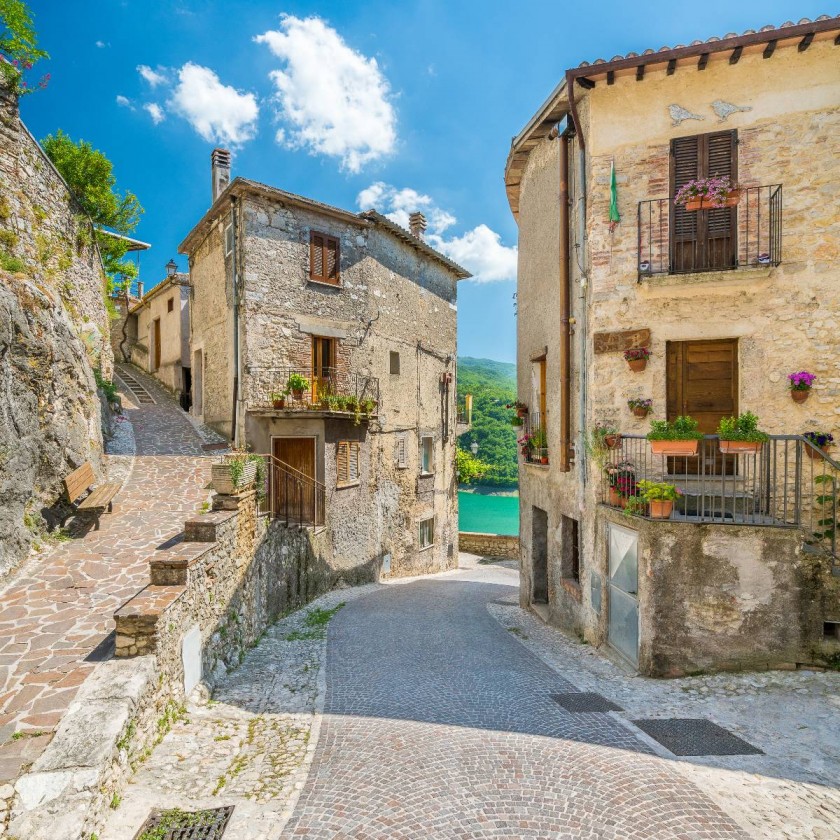 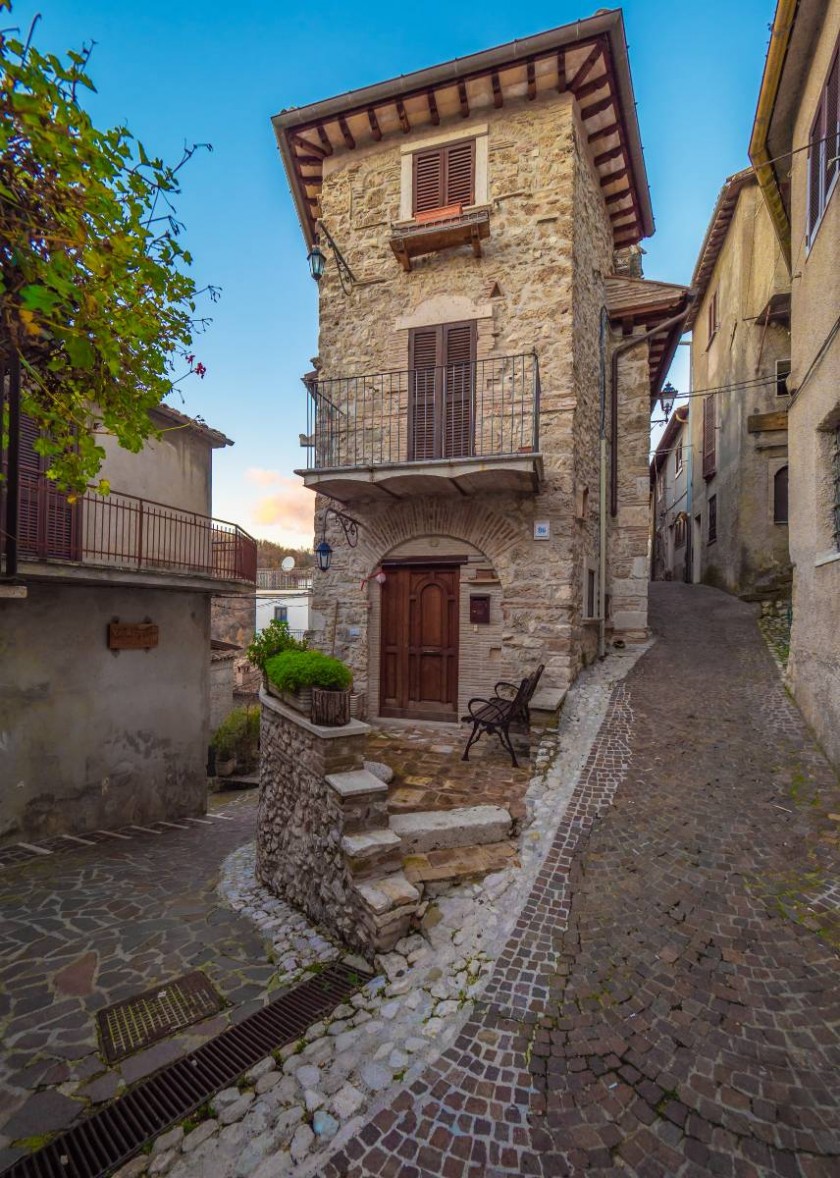 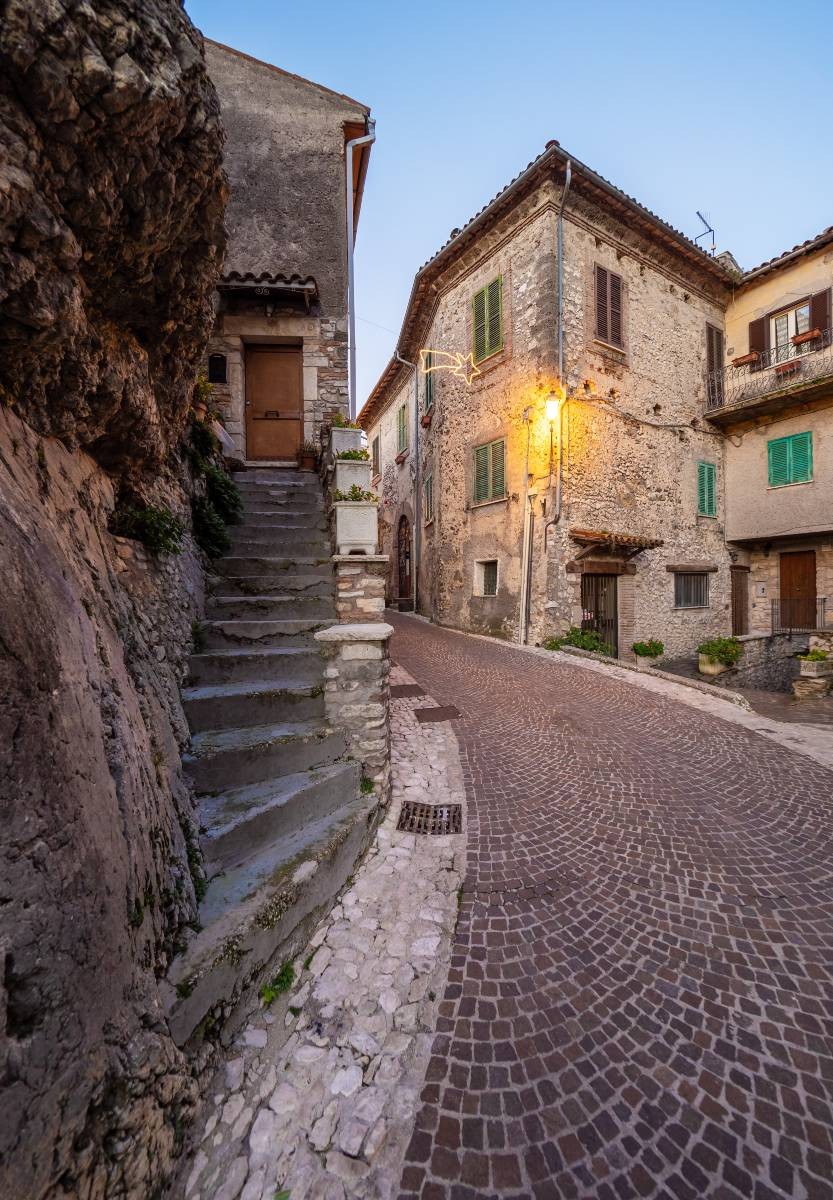 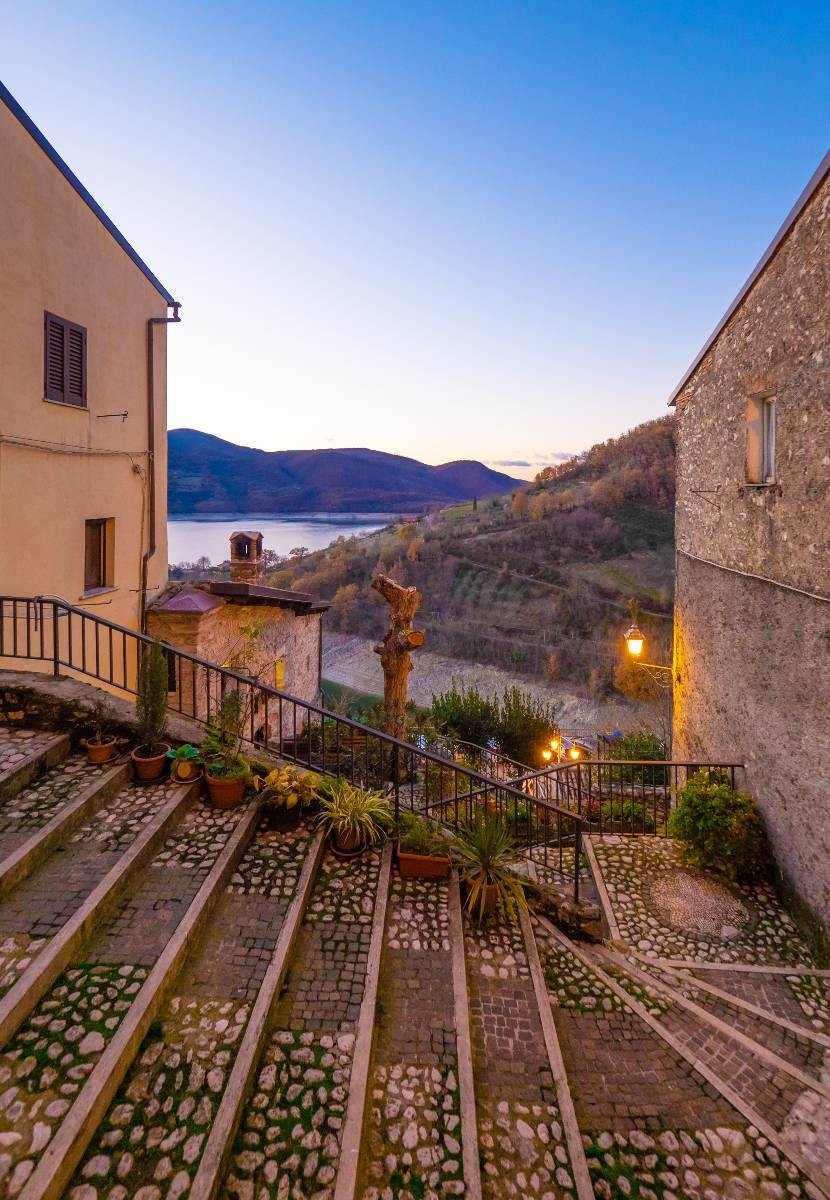 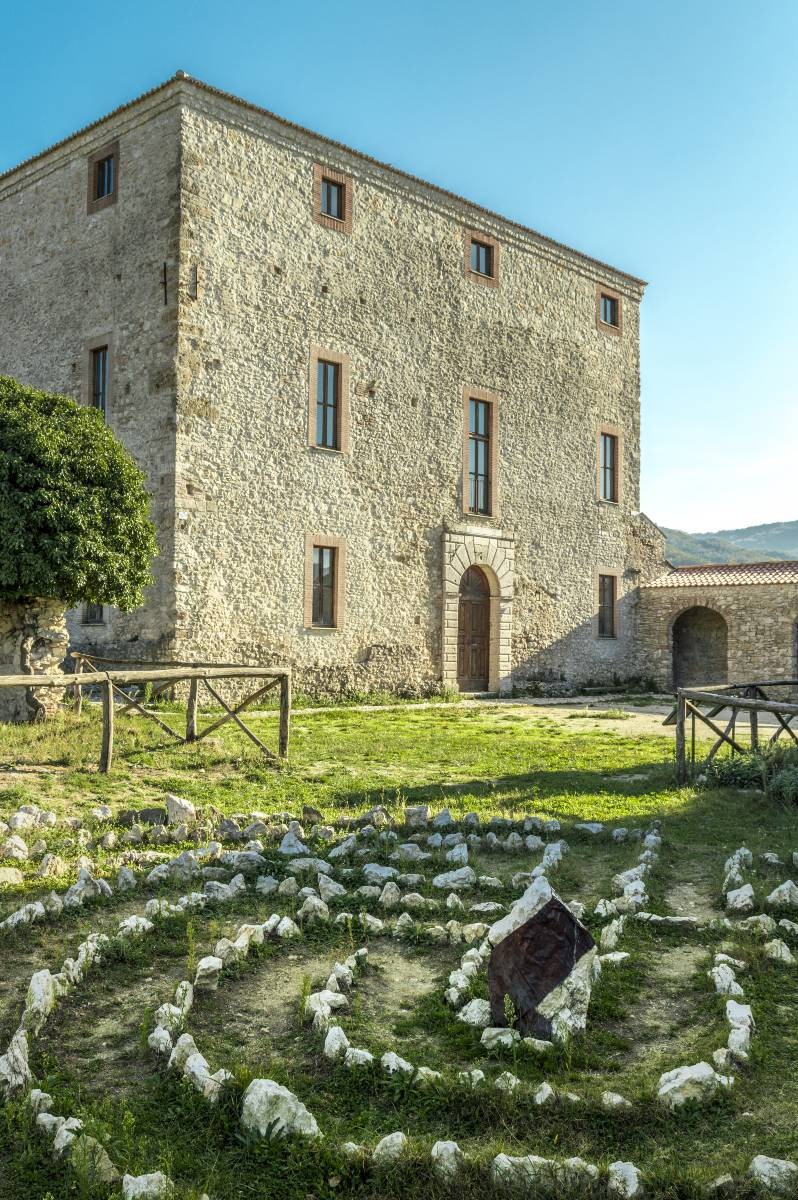 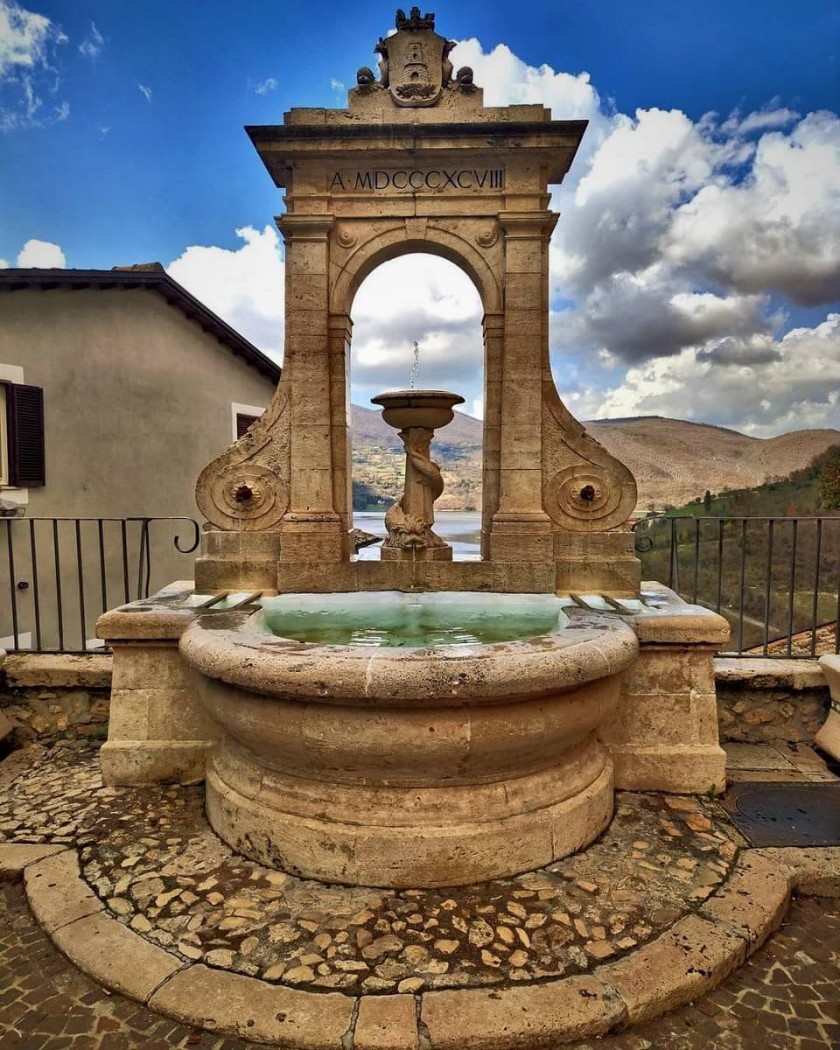 Castel di Tora is one of the villages surroundi...
Desiree LoBartolo - e-borghi Community

The municipality is located almost completely within the "Monte Nevagna and Monte Cervia Nature Reserve", thus offering numerous naturalistic cues for trekking lovers, with various paths and routes to be discovered.
In the ancient village you cannot miss a visit to the "Church of San Giovanni Evangelista" and the beautiful "Fontana del Tritone", located in the centre of the village, in its main square.
Castel di Tora is characterised by very small streets, full of arches and houses leaning against each other. Between a flight of steps and a narrow passage, getting lost in the alleys, tourists can admire romantic views and suggestive panoramas over the green waters of the lake, as well as numerous caves and natural cellars dug directly into the rock face.

There is no shortage of interesting tourist attractions near the village: the Castle of Antuni, very close to the small village, is definitely one of the places to stop if you visit the area. It is a very old building perched on a very steep hill overlooking Lake Turano. In spring, when the intense green of the trees contrasts with the blue of the lake, a very special play of colours is created. A beautiful panorama can be admired by walking up the hill to reach the castle and then continuing along the road that runs alongside the structure.

The "Natural Reserve of Mount Navegna and Mount Cervia" is a place to be discovered: inside there are wild environments rich in thick woods, prairies and breathtaking gorges such as the Vallone dell'Obito. There are also streams and numerous specimens of faunal interest, as well as an enviable variety of flora. Finally, for history lovers, a visit to the Castle of Rocca Sinibalda, located about 15 km from the town of Castel di Tora, is highly recommended. The medieval building has recently been restored and can now be visited.

Traditions and curiosities
Castel di Tora hosts two very popular gastronomic events. The Polentone Feast, during which the traditional polenta is seasoned with a lean sauce based on fish such as cod, tuna and herring. It takes place on the first Sunday of Lent to celebrate the period of prayer and reflection.
On the last Sunday of September, the Sagra degli Strigliozzi takes place, a culinary day dedicated to the typical local cuisine, represented by this long pasta, handmade according to the oldest tradition of the village women.
Another popular event is the festival dedicated to Sant'Anatolia, which takes place on the second Sunday in July.
The festival lasts three days, during which a statue of the saint is carried in procession by men dressed in white robes to the monastery of St. Anatolia and brought back to the church of St. John the Evangelist in the centre of the village at dawn the next day. The festival ends with the traditional "Pantasima" dance and a fireworks display over the lake.

A bit of history
Until 1864, Castel di Tora was called Castel Vecchio, while the new name is linked to the ancient Sabine town "Thora", which later became a Roman village. The first documents in which the centre is mentioned date back to around 1035, when Castel di Tora is mentioned in the documents of the Abbey of Farfa. The village was subdued for a period by the Abbey, which in turn received it as a gift from the Lombards. After this short period, Castel Vecchio, as well as "Castrum Antoni" (the present abandoned village of Antuni) and Colle Piccolo, came under the rule of the Brancaleoni first and then the Mareri.
In 1241, Frederick of Swabia conquered it and confiscated it, only to hand it back to the lords in 1250. In 1400, the feud was annexed to the Papal State and remained with the Orsini until 1634.

After the unification of Italy in 1870, Castel di Tora became part of the province of Perugia and it was only in 1920 that it passed to the province of Rome, moving into Lazio, while from 1927 it became part of the province of Rieti.
In the years between 1935 and 1938, the dam was built together with the Turano artificial lake, the change of which drove a large part of the population to emigrate, from about 1000 inhabitants to 300. The lake, in fact, submerged much of the cultivated land in the valley and inevitably changed the local economy, which was based mainly on sheep farming and agriculture. Today Castel di Tora focuses on craftsmanship and tourism and, together with the "dead town" of Antuni, is an ideal destination for a trip out of town, just a short distance from Rome.

67067 Castelvecchio, Sante Marie (L'Aquila)
24.56 Kilometers from Castel di Tora
Valdevarri
Valdevarri, not far from Sante Marie, is the fraction of spirituality and mystery.

02100, Cantalice (Rieti)
31.57 Kilometers from Castel di Tora
Farnesiana Fountain
Located in the main square of Leonessa, the fountain has an octagonal plan and consists of a basi...

Piazzale San Francesco, 1, Greccio (Rieti)
32.34 Kilometers from Castel di Tora
St. Susanna Mill
Situated on the Santa Susanna spring in the municipality of Rivodutri, the mill is a water mill.

Find where to sleep in Castel di Tora

Grande Albergo Quattro Stagioni
In the historic centre of Rieti, in Piazza Cesare Battisti, guests visiting the town can stay in ...

Via Campigliano, 29, Rivodutri (Rieti)
32.28 Kilometers from Castel di Tora
= distances as the crow flies
Antiche Fonti di Cottorella
A guarantee for the countless beneficial properties of its water, which comes directly from the u...

Viale Matteucci, 86/88/90, Rieti (Rieti)
22.86 Kilometers from Castel di Tora
Antica Pasta Sabina
It was born in the 80s with the idea of reproducing the traditional homemade pasta. The careful c...

Via Limiti Sud, 92 – 02045, Greccio (Rieti)
105.81 Kilometers from Castel di Tora
= distances as the crow flies
Bottiglia da 1,5 litri - Frizzante
A pure and light water for the well-being of the whole family, rich in properties and with no con...

Faraglia - Torrefazione Olimpica, Rieti (Rieti)
Bottiglia da 1,5 litri - Naturale
A pure and light water for the well-being of the whole family, rich in properties and with no con...

Faraglia - Torrefazione Olimpica, Rieti (Rieti)
Bottiglia da 1,5 litri - Leggermente frizzante
A pure and light water for the well-being of the whole family, rich in properties and with no con...

Traditional Singing of the Pasquarella