Share
In the province of Rieti lies the village of Rivodutri, a small municipality of only 1,000 inhabitants but known for its great history. The oldest finds date back to the 12th century BC and since then the village has always been the cradle of innovations and important historical events. 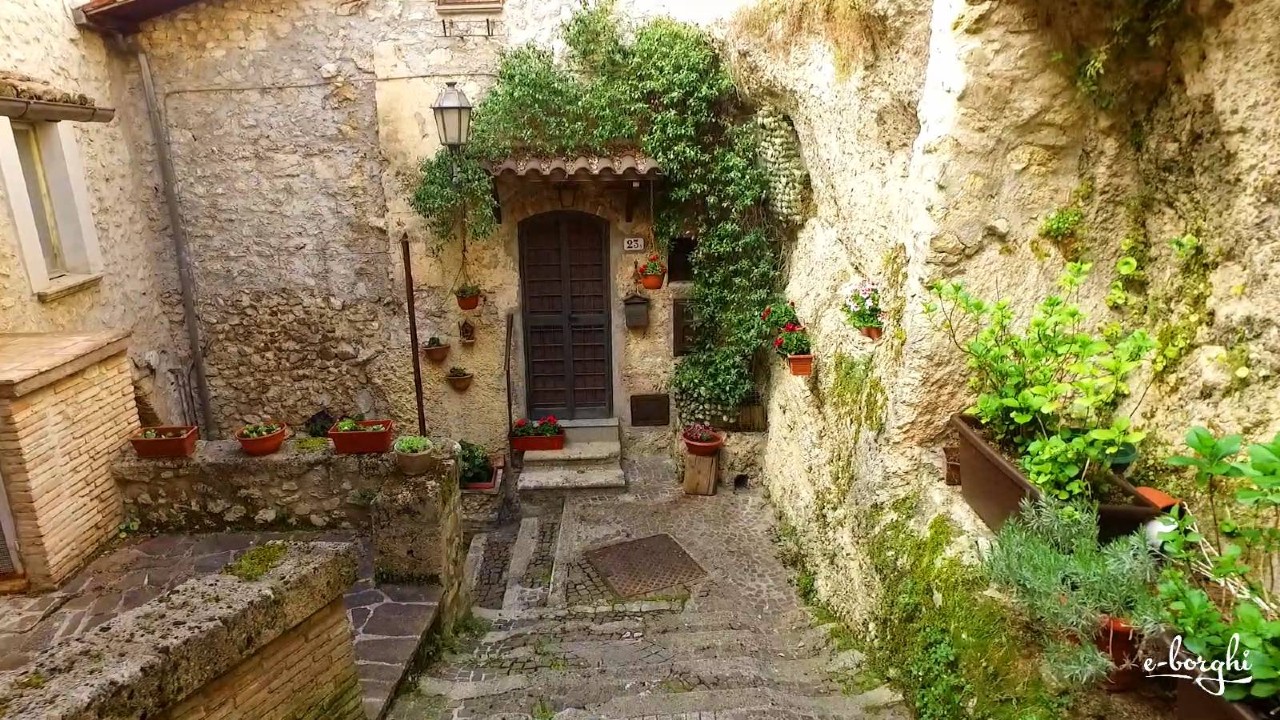 An itinerary through history, nature and tradition. We start in Rieti, in the centre of Italy, a tow... 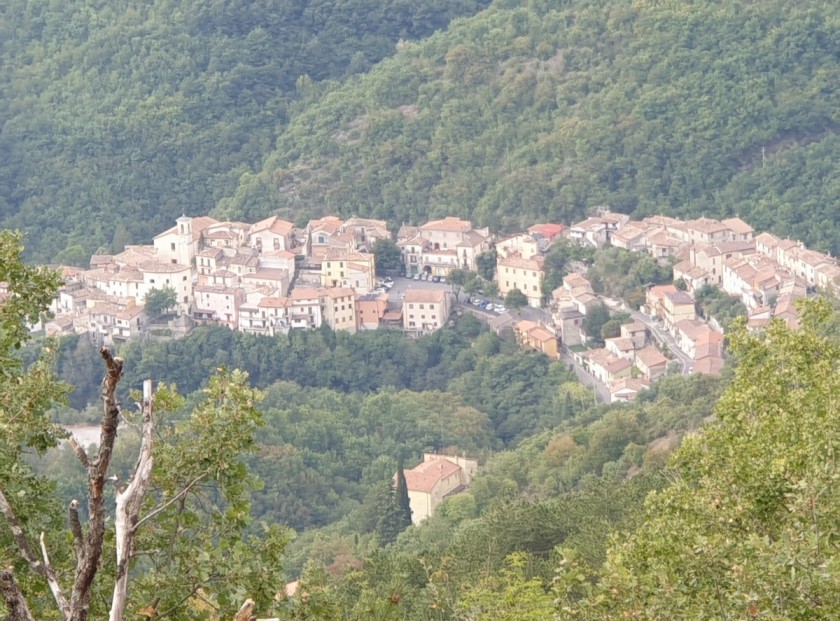 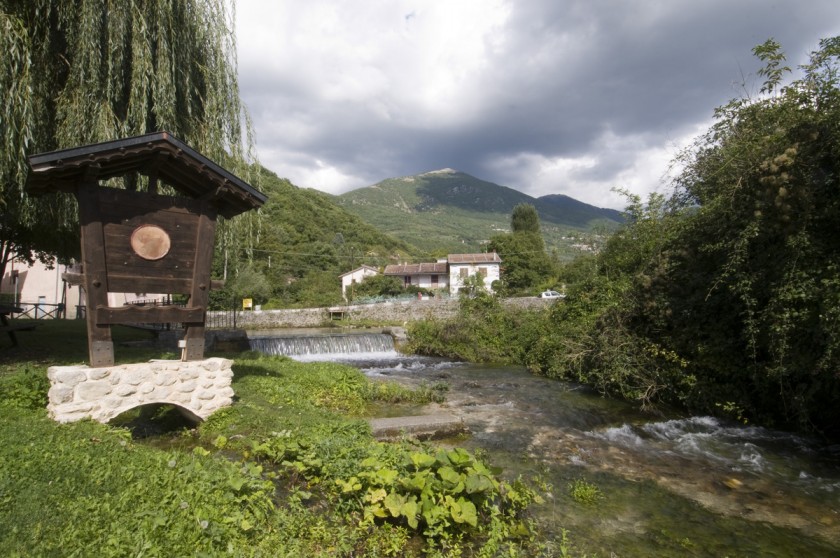 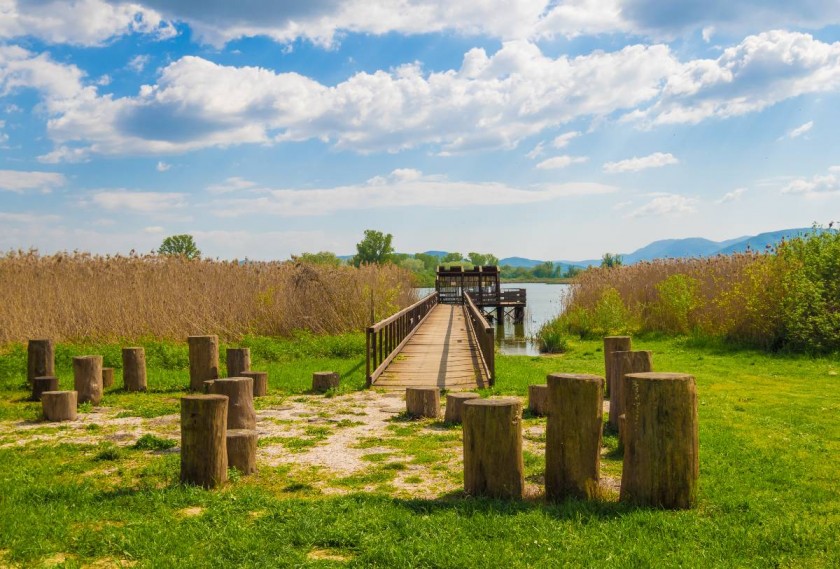 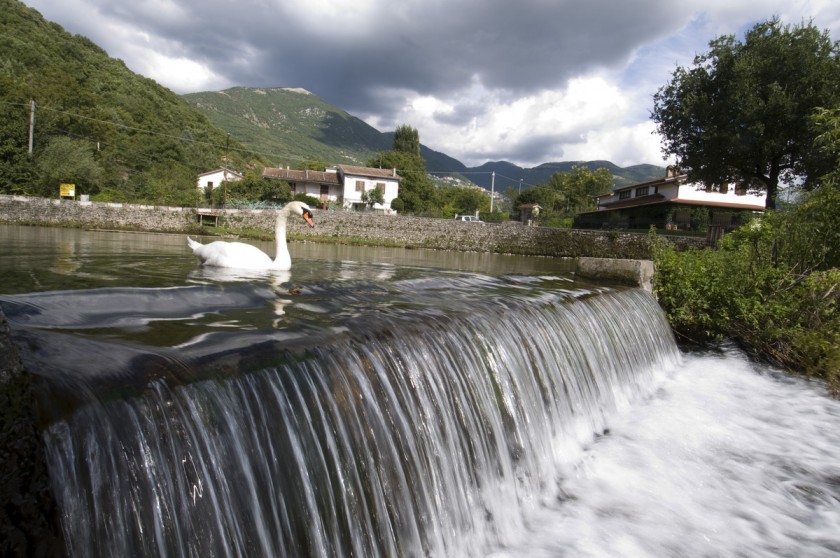 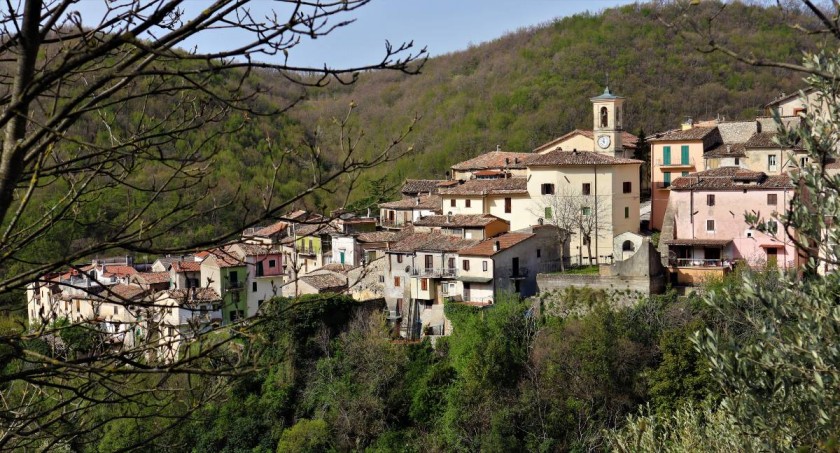 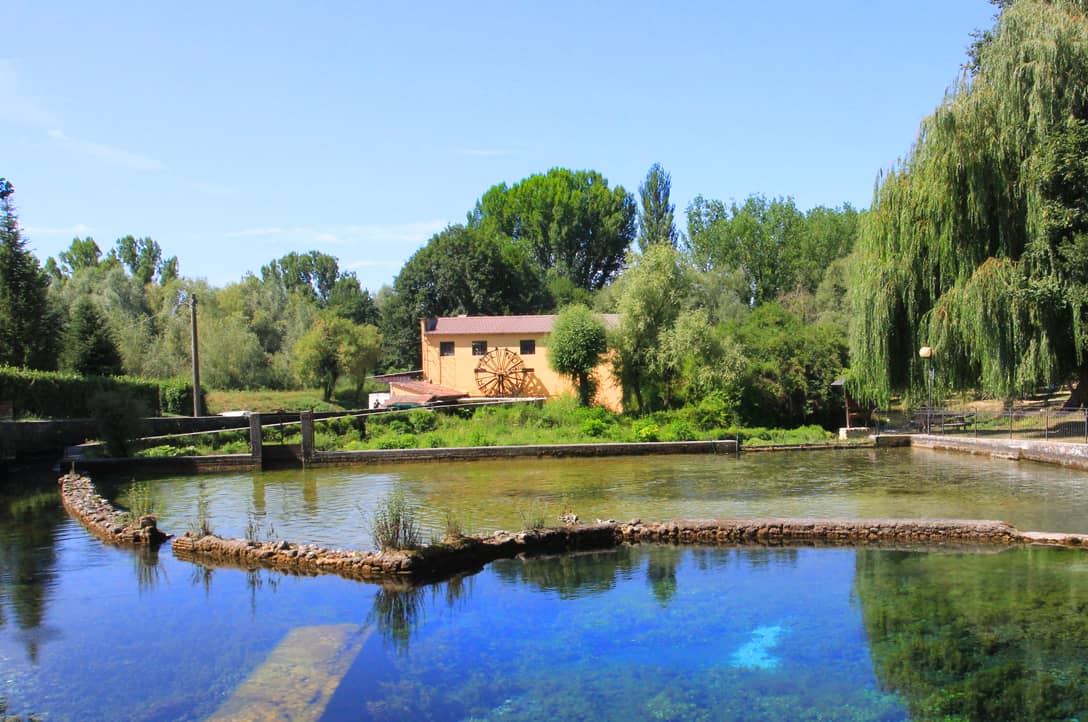 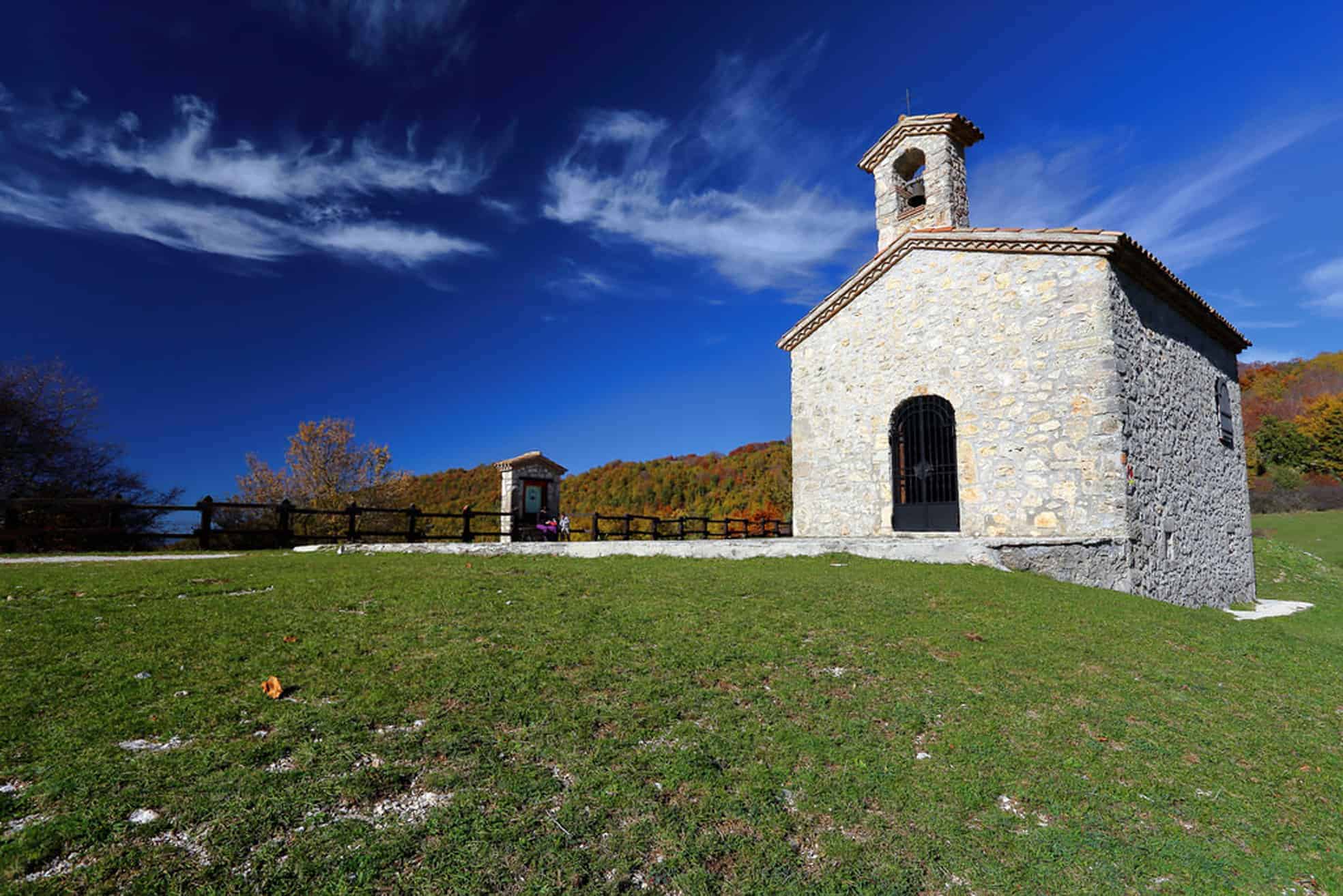 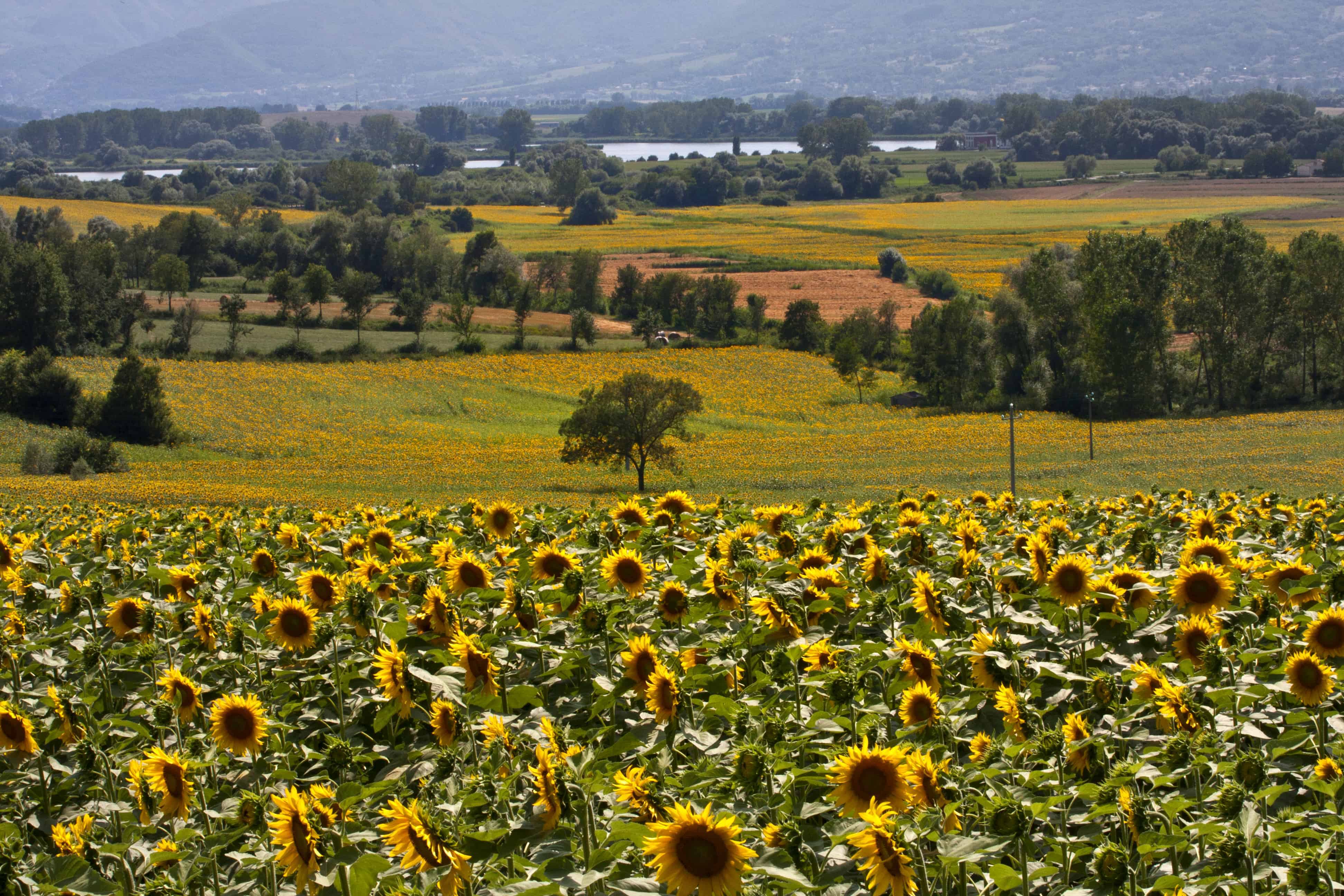 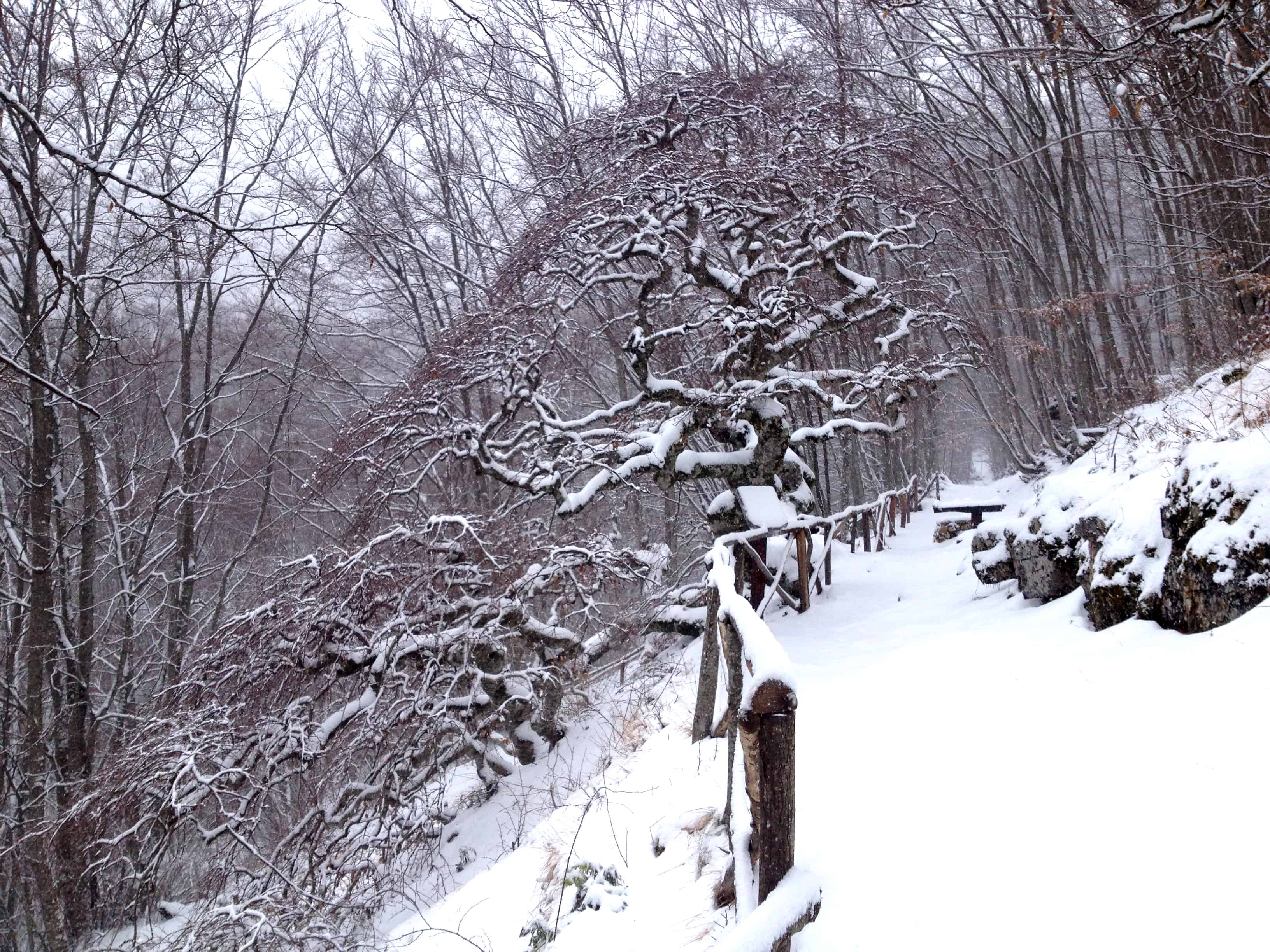 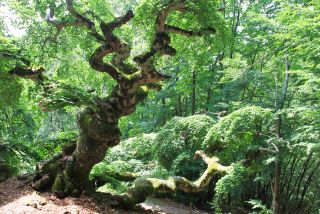 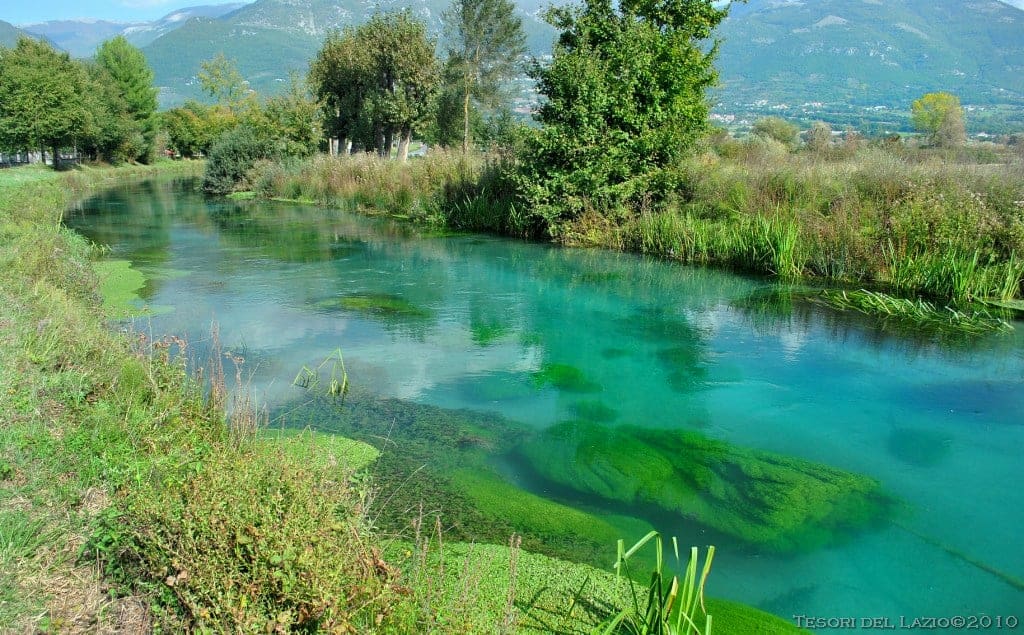 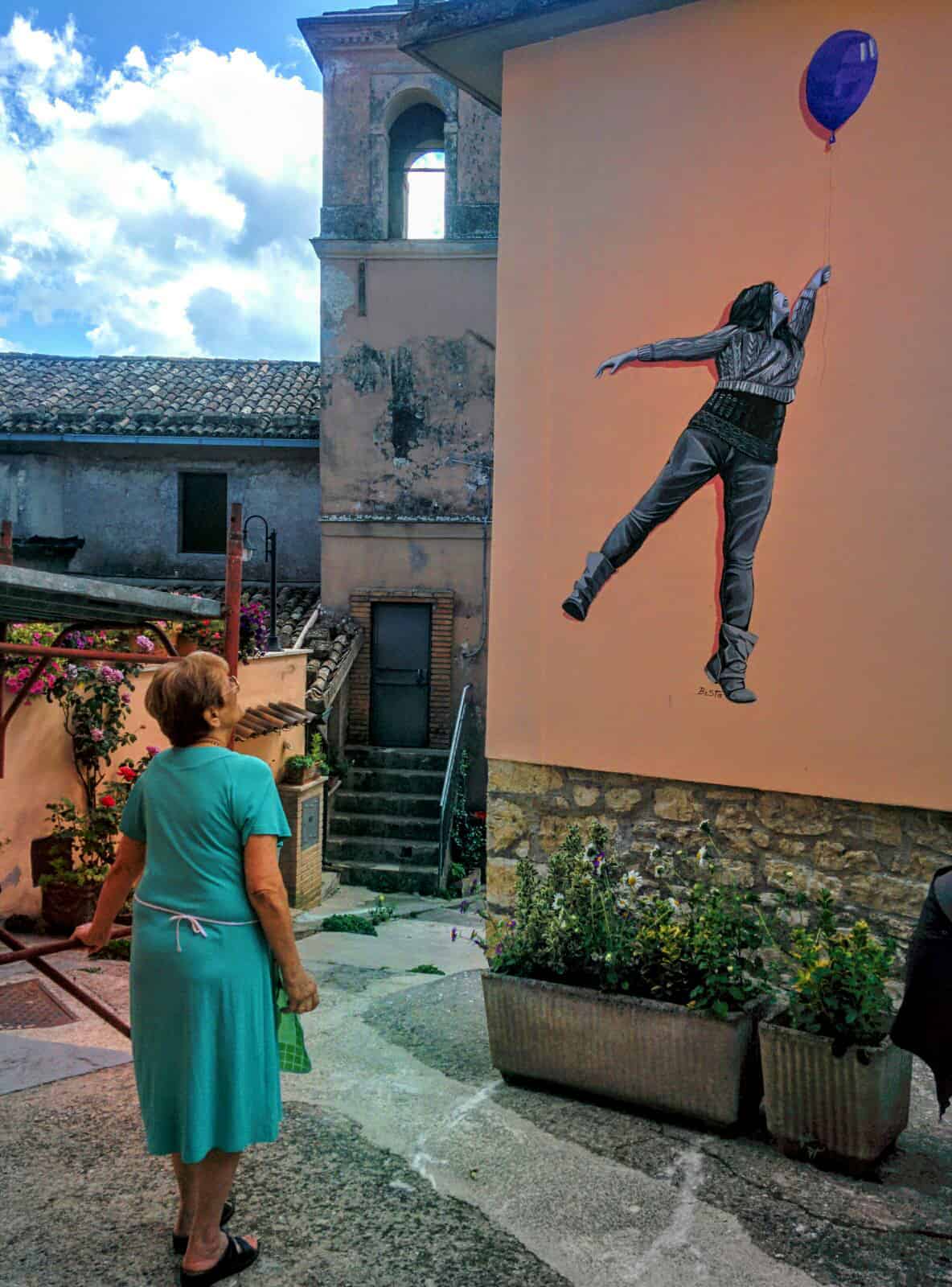 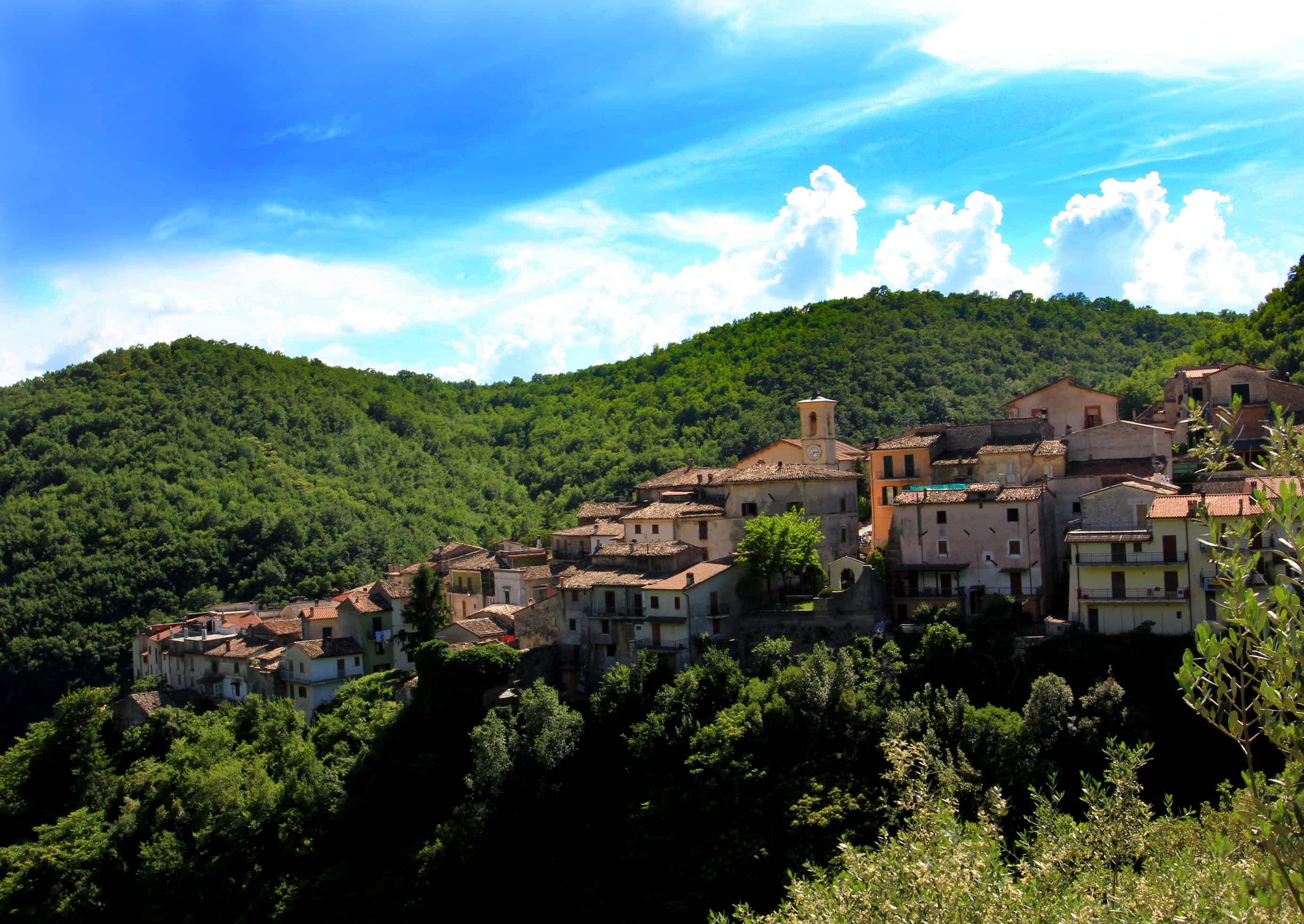 The village of Rivodutri has always been a particularly popular place for all those who want to enjoy moments of reflection in contact with nature. It is no coincidence, in fact, that the village was chosen by Saint Francis himself during his pilgrimages.

One of Rivodutri's most iconic monuments is the Porta Alchemica, also known as the 'Magic Door'. This structure dates back to the second half of the 17th century and is now the only surviving one of five other gates of Villa Palombara, a large aristocratic residence that stood on this large green space. The door takes its name from a legend according to which an alchemist, after spending the night in the gardens of the villa, mysteriously disappeared through the door, leaving behind some golden straws. The same symbols engraved on the door, in fact, depict the illustrations of alchemy and esoteric philosophy that were so popular in the 1600s. After all, the same family members who owned the palace and adjacent garden were known for their esoteric research and practice of the so-called occult sciences.

Visiting this village is a bit like stepping back in time, living in a world where time seems to stand still. In particular, in the historical centre you can admire the Parish Church of San Michele Arcangelo, a church dating back to the 15th century that still preserves in good condition a 17th-century chapel with a beautiful fresco depicting the Madonna del Rosario.

Another must-see point of interest is the Faggio di San Francesco. It is located on a beautiful path in the middle of nature, characterised by a very particular conformation of the branches. Instead of rising upwards, the branches of the shrub bend downwards to form a sort of umbrella. Legend has it that it was the branches themselves that bent during a heavy thunderstorm to give St Francis shelter.

What to do
If you love fishing, you can't miss a sport fishing session at the Alle Noci Park. This reserve rises from a former trout farm and the stretch of water is generated by the underground passage of the S. Susanna springs. The spring water is now naturalised with earth, grass and gravel pools, which form a small lake ideal for sports fishing.

Also not to be missed is a visit to the Lungo and Ripasottile Lakes Nature Reserve. Taking the time to make an excursion to these areas will be a perfect opportunity to relax in an unforgettable natural landscape. The lakes, surrounded by reeds and cultivated land, are also a favourite haunt of many birds and other animal species. If you're patient, you'll only have to wait a little while to see various wild animals make their appearance and complete the picture of natural beauty you have in front of you.

For cycling enthusiasts, there are numerous routes around the village, especially for mountain bikes, which you can rent. The routes are suitable for all ages: you can simply enjoy a relaxing day in the midst of lush nature or test yourself on more challenging routes.

What to eat
Like every Italian village or town, Rivodutri has its typical dishes that you should not miss during your holiday. The typical dish par excellence is stringozzi with meat sauce, a traditional first course that is very well known and appreciated. In addition to stringozzi, Rivodutri is known for its fried pizza, famously accompanied by pecorino cheese.

If you visit the village in August, you can take part in the organic trout festival, so you can taste a healthy, wholesome fish with an unmistakable flavour. But that's not all, during this festival you can also taste delicious prawns and exclusive specialities such as carp with sesame.

To end the meal with something sweet, the village of Rivodutri offers the Christmas serpentone, typically Christmas but now to be enjoyed at any time of year, made with walnuts, dried figs, hazelnuts and almonds.

Some curiosities
Rivodutri is not only a place of history, excursions and good food. The town, despite its few inhabitants, is also known for its carnival mask, called the Zanno. This mask was one of the first to be created in the province of Rieti. The Zanno was used to stage the Moresca, an ancient Arab dance that wanted to represent the struggle between good and evil.

St. Susanna Mill
Situated on the Santa Susanna spring in the municipality of Rivodutri, the mill is a water mill.
Via S. Susanna, 23 - 02010, Rivodutri
Sanctuary of St James
Dominating the Sacred Valley below, the Sanctuary of St James is one of the most mystical places ...

Via G. B. Valentini, 20 - 02014, Cantalice (Rieti)
6.95 Kilometers from Rivodutri
Angioina Tower
Medieval observation tower outside the town of Leonessa

Piazza Giuseppe Garibaldi, 23, Arrone (Terni)
10.28 Kilometers from Rivodutri
Lake Turano
An artificial basin created by the province of Rieti and surrounded by greenery, on the banks of ...

02020, Castel di Tora (Rieti)
35.79 Kilometers from Rivodutri
Church of St. Anatolia
A building erected on the site of the martyrdom of Anatolia, a young Roman woman from a noble fam...

Via G. B. Valentini, 20 - 02014, Cantalice (Rieti)
6.95 Kilometers from Rivodutri
Vallocchie waterfall
A splendid waterfall near Castel di Tora, in the Rieti area. A path leads to the scenic Vallocchi...

02020, Castel di Tora (Rieti)
34.02 Kilometers from Rivodutri
Farnesiana Fountain
Located in the main square of Leonessa, the fountain has an octagonal plan and consists of a basi...

02100, Cantalice (Rieti)
4.18 Kilometers from Rivodutri
= distances as the crow flies

From Terni: Take the SS 79, cross Marmore and continue to Rivodutri.

Farmhouse Tenuta Due Laghi
A wonderful agriturismo in the heart of the Sacred Valley, just a few kilometres from Rieti, perf...

Via Campigliano, 29, Rivodutri
Grande Albergo Quattro Stagioni
In the historic centre of Rieti, in Piazza Cesare Battisti, guests visiting the town can stay in ...

Piazza Cesare Battisti 14 - 02100, Rieti (Rieti)
12.69 Kilometers from Rivodutri
Torre del Nera Albergo diffuso & Spa
An albergo diffuso in the medieval village of Scheggino. At the center of the village there are 1...

Viale Matteucci, 86/88/90, Rieti (Rieti)
12.80 Kilometers from Rivodutri
Antiche Fonti di Cottorella
A guarantee for the countless beneficial properties of its water, which comes directly from the u...

Via di Fonte Cottorella, 19, Rieti (Rieti)
14.10 Kilometers from Rivodutri
Antica Pasta Sabina
It was born in the 80s with the idea of reproducing the traditional homemade pasta. The careful c...

Via Limiti Sud, 92 – 02045, Greccio (Rieti)
138.02 Kilometers from Rivodutri
Antiche Fonti di Cottorella
A guarantee for the countless beneficial properties of its water, which comes directly from the u...

Via di Fonte Cottorella, 19, Rieti (Rieti)
14.10 Kilometers from Rivodutri
= distances as the crow flies
Bottiglia da 1,5 litri - Naturale
A pure and light water for the well-being of the whole family, rich in properties and with no con...

Antiche Fonti di Cottorella, Rieti (Rieti)
Bottiglia da 1,5 litri - Leggermente frizzante
A pure and light water for the well-being of the whole family, rich in properties and with no con...

Faraglia - Torrefazione Olimpica, Rieti (Rieti)
Bottiglia da 1,5 litri - Frizzante
A pure and light water for the well-being of the whole family, rich in properties and with no con...

Where to spend Easter vacations 2022
The Easter vacations are always highly anticipated because, although short and far from the summer ones, give in any case a few days of carefree relaxation. There are many who decide to take a trip out of town, looking for intimate places surrounded by nature, choosing a quiet and authentic atmosphere. We of e-borghi recommend some places not to be missed. Spending your vacations in Trentino-Alto Adige and Emilia-Romagna In Trentino-Alto Adi...
Continue
Video: A journey through the Rieti area between medieval villages and naturalistic areas
Latium's natural, historical and artistic heritage is truly remarkable, and a trip to the Rieti area is all you need to understand this. This area hides medieval villages, hermitages, ancient castles and natural areas with roots in the distant past.Embracing the Rieti area is the Lungo and Ripasottile Lake Nature Reserve: this beautiful natural area takes its name from two small lakes that bear witness to the ancient presence of Lake Veli...
Continue