Share
In the heart of the Pollino National Park lies one of the most charming and authentic villages in Basilicata and Italy: Rotonda. The village is located on a small rock 580 metres above sea level in the centre of the fertile Mercure Valley, where the Pliocene Lake once stood, in the shadow of peaks almost 1900 metres high. 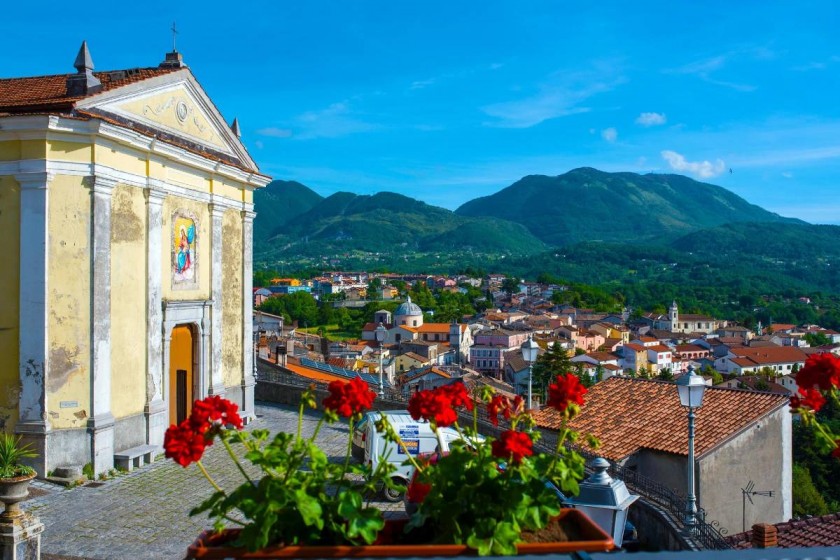 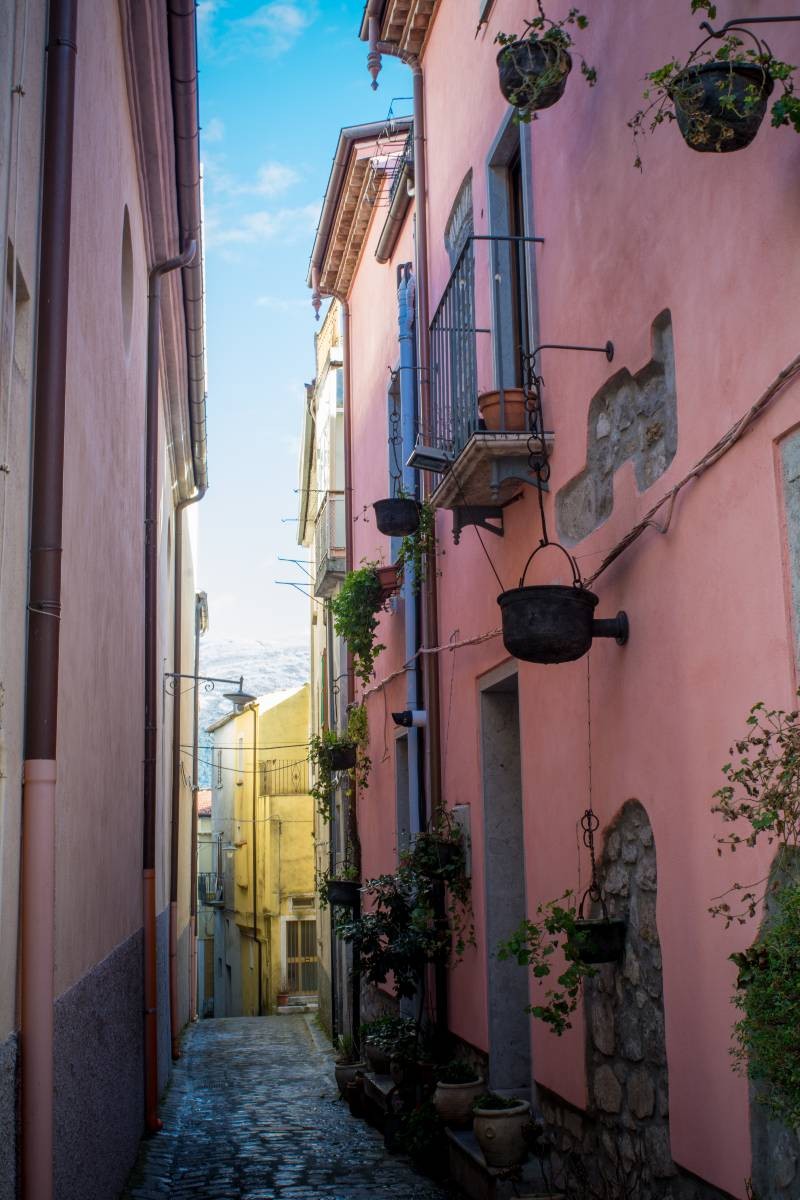 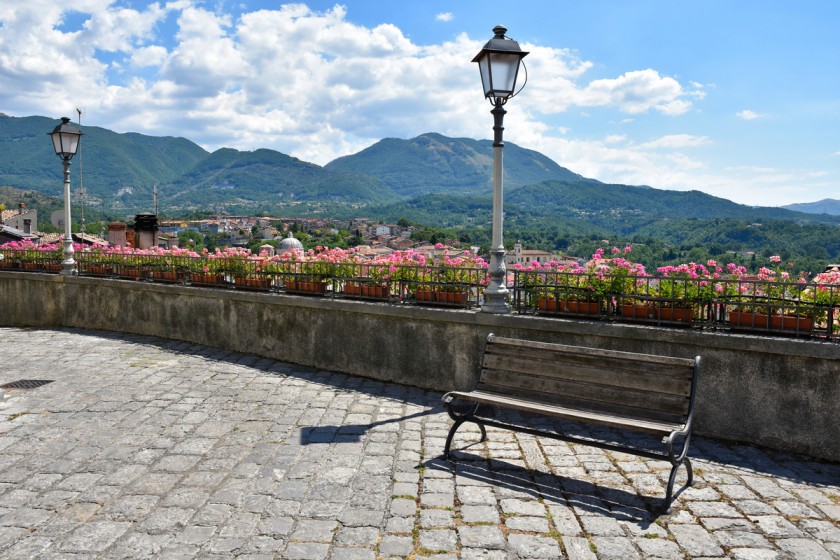 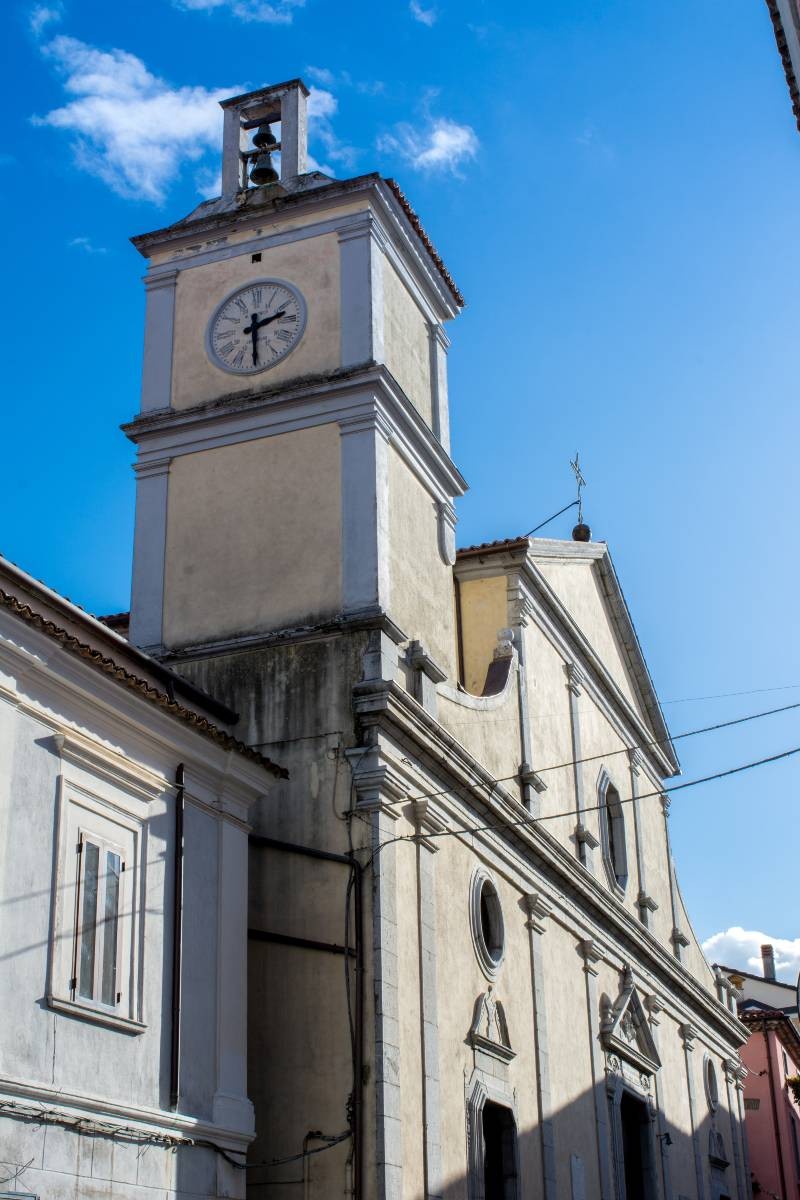 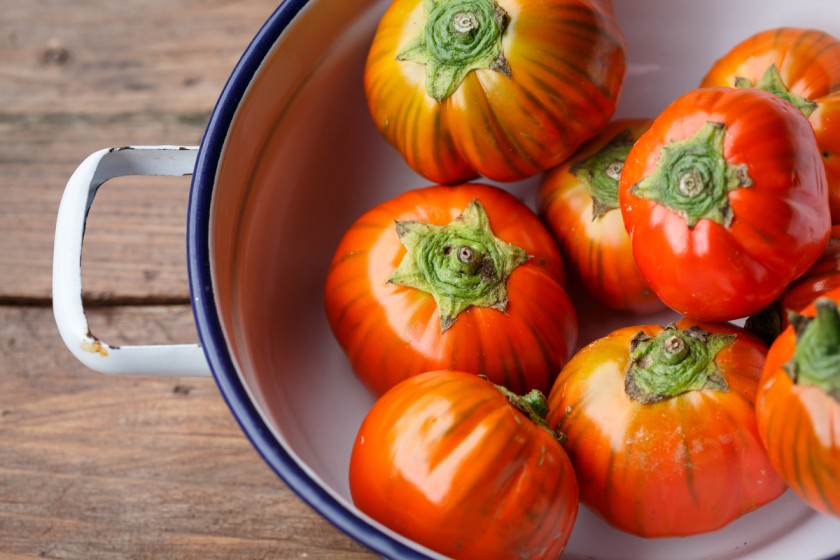 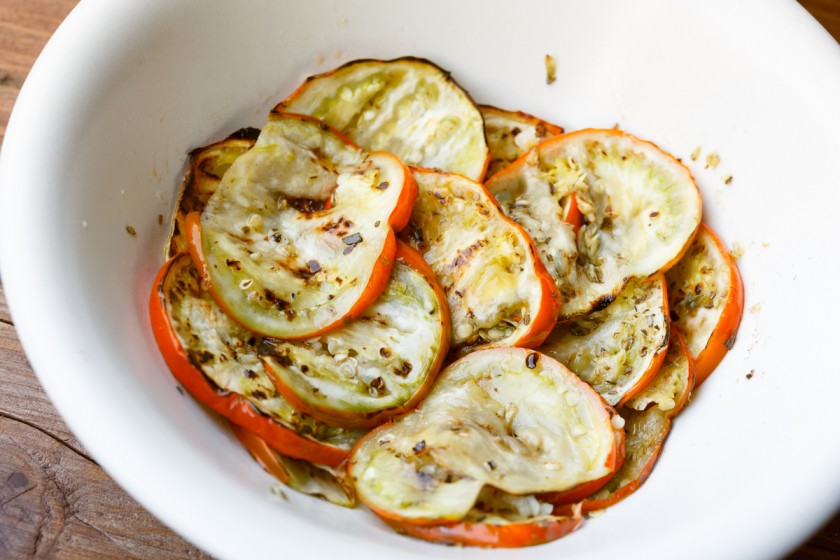 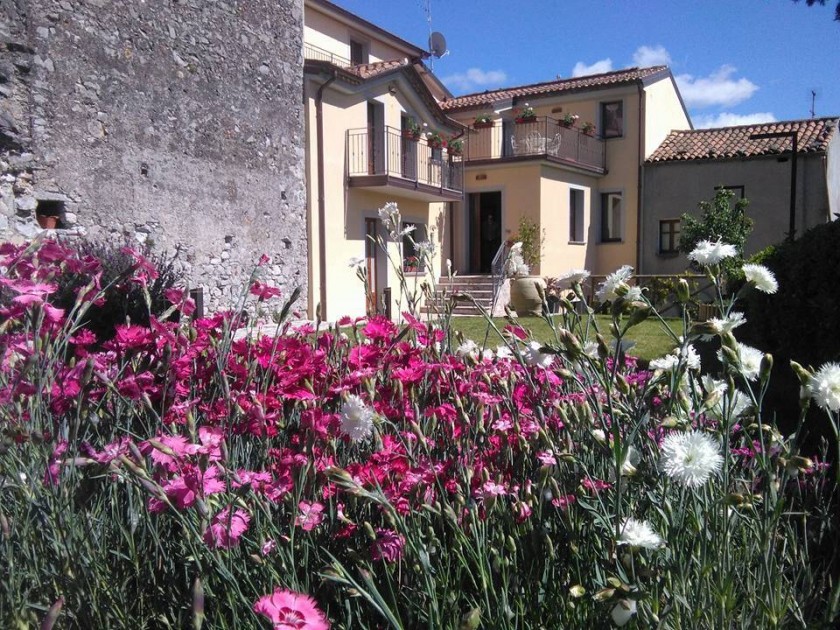 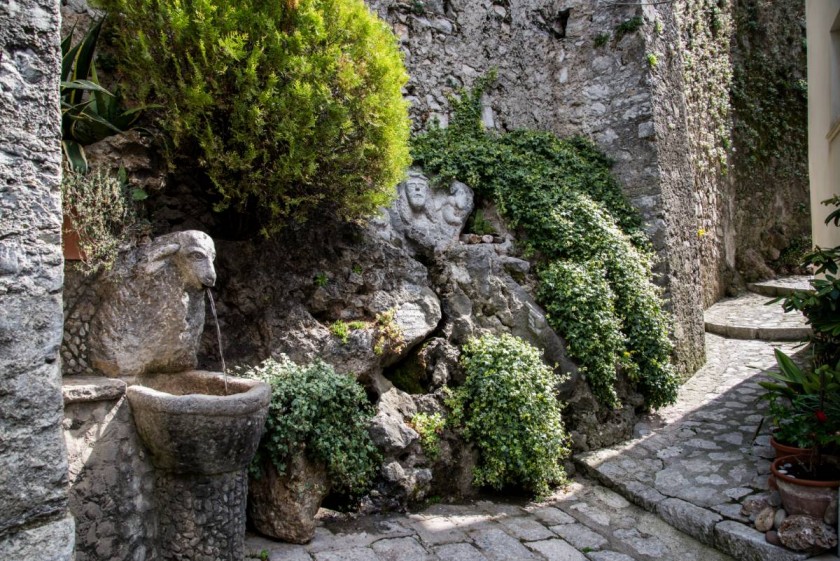 A stone's throw from Rotonda there are enchanting naturalistic jewels to be discovered, perhaps through beautiful excursions: the Faggetta Vetusta di Cozzo Ferriero, a UNESCO World Heritage Site, the Piano Ruggio with its loricate pines, symbol of the Pollino National Park, and the thunderous Paraturo waterfall, literally set in the thickest and most luxuriant vegetation.

Historical notes
The curious name of Rotonda, which officially appears in a document dating back to 1083, is said to derive from the position of the houses, arranged as a rounded block at the foot of the ruined castle.
Rotonda probably arose on the remains of the ancient Lucanian town of Nerulum founded in the 6th century BC, at a point where many Roman communication roads met. The centre was fortified by the Lombards, with the aim of opposing the advances of the Goths.

With the arrival of Robert Guiscard, Rotonda began a long period in which it came under the rule of various noble families, from the Scannasorice of Naples to the Sanseverino of Bisignano in the 15th century, to whom the construction of the fortress is linked.
The Aragonese and the Bourbons then arrived, but from the 16th to the 18th century there are no more traces of Rotonda, coming back into vogue when it hosted Giuseppe Garibaldi.

Discovering the historic centre
The village of Rotonda is made up of the more modern area in the valley and the historic centre clinging to the fortress, in the shadow of the ruins of the Castle, of which only a medieval tower remains today. Strolling through the labyrinthine maze of alleyways in the village, you will come across ancient wash-houses, flowerpots, fountains, holy-water fonts and stairways that have one common denominator: stone.

The elegant and highly decorated portals that can be seen along the streets are the result of the valuable work of ancient stonemasons, whose art is part of the artistic and cultural heritage of the village.
The historical centre of Rotonda is full of buildings and churches worth visiting, such as the Church of the Nativity of the Virgin Mary, dating back to the 18th century, which houses a 16th century marble sculpture of the Madonna. Equally enchanting is the Church of the Santissimo Rosario, built between 1100 and 1200, embellished with remarkable frescoes in gold, pink and white.

Among the most important churches in Rotonda, we must not forget the Church of Sant'Antonio, to which the ancestral Sagra dell'Abete (Festival of the Fir Tree) is linked, where the sacred and the profane merge: in June, in addition to the procession of the saint, there is a marriage between the trees, a typically Lucanian arboreal rite performed to propitiate fertility. The two trees, a beech (a pitu) and a fir (la rocca) are cut from the surrounding woods (in particular from the Pedarreto locality and the forests of Terranova del Pollino) and transported to the village with the help of oxen. In the main square of Rotonda, they are hoisted one on top of the other, creating a single trunk about 30 metres high, which is then felled with an axe: all this takes place in an atmosphere of jubilation and celebration, with singing, tasting and dancing, not forgetting the veneration of Saint Anthony of Padua.

Rotonda's museums and typical products
A visit to Rotonda must include a visit to Palazzo Tancredi, the ancient home of the Fasanelli family: the palace is famous for having hosted Giuseppe Garibaldi on 2 September 1860, who, after his victorious conquest of Calabria and Sicily, was preparing to fight Francis II.

It is said that the Hero of the Two Worlds appreciated Rotonda's cuisine, especially the Fagioli Bianchi DOP, so much so that he managed to sow some on the island of Caprera. In addition to these tasty pulses, among the specificities of the place there are also the red aubergines of Rotonda DOP, small, fruity and spicy: it is said that they were imported from Africa by the native soldiers of Rotonda on their return home.
A festival is dedicated to both the white beans and the red aubergines of Rotonda at the end of August, the perfect occasion to get to know the historical and gastronomic heritage of this Lucanian village.

Returning to the must-sees in Rotonda, the Naturalistic and Palaeontological Museum takes visitors on a journey of discovery through the Mercure Valley from prehistoric times. The museum houses the colossal skeletons of the Hippopotamus Antiquus Italicus, the Elephas Antiquus Italicus (of which there is also a scale reconstruction) and numerous other fossil remains, all of which lived between 400,000 and 700,000 years ago. Also of interest are the Bronze Age shards and the remains of a Bronze Age hut.

Another must-see exhibition is that of the Pollino Ecomuseum, located (together with the Pollino National Park headquarters) inside the 16th-century Sanctuary of Santa Maria della Consolazione, totally immersed in nature and only 1 km away from Rotonda. The building was built on the site where a shepherdess had a vision of the Virgin Mary saving the village from the plagues that were claiming victims elsewhere. The Eco-museum is a true sensory experience for young and old who will learn more about the beauty and history of the Pollino Park through audio-visual installations, tactile settings and spectacular 3D reconstructions.

the municipality is part of:
Borghi Autentici d'Italia

Piazza Umberto I, 5, Viggianello (Potenza)
5.16 Kilometers from Rotonda
Castle of Viggianello
in the highest point of the village of Viggianello, in Basilicata, stands the castle.

Via Castello, 6, Morano Calabro (Cosenza)
14.71 Kilometers from Rotonda
Collegiate church of Santa Maria Maddalena
The ancient nucleus of the Collegiate of Morano Calabro, in Calabria, dates back to 1097.

Via Porto Alegre, 10, Morano Calabro (Cosenza)
15.25 Kilometers from Rotonda
Andrea Alfano Art Gallery
Located in the premises of Mastromarchi Palace, the civic art gallery of Saracena is entitled to ...

Via Calvario - 85050, Sasso di Castalda (Potenza)
67.00 Kilometers from Rotonda
St. Andrew's Cathedral
The Renaissance Cathedral of St Andrew the Apostle is located in Venosa, in Basilicata.

Via S. Rocco, 15 - 85050, Sasso di Castalda (Potenza)
67.03 Kilometers from Rotonda
Museum of Arbëreshe Culture
It preserves, protects and enhances the culture of an ethnic-linguistic minority of Albanian orig...

Via Mordini, 1 - 85048, Rotonda
Farmhouse Colloreto
The Agriturismo Colloreto, in the village of Morano Calabro, offers to all its guests a relaxing ...

Contrada Colloreto s.n.c. - 87016, Morano Calabro (Cosenza)
15.28 Kilometers from Rotonda
B&B Il Sasso
A very convenient structure for any destination, without having to use the car, a stone's throw f...

Via San Nicola, 9, Sasso di Castalda (Potenza)
67.14 Kilometers from Rotonda
Casa del Mago
Located in the center of the medieval village of Castelmezzano, the Casa del Mago is an ancient a...

Corso Vittorio Emanuele II°, 17, Castelmezzano (Potenza)
64.47 Kilometers from Rotonda
B&B Petra Castalda
A lovely B & B in the heart of the historic center of Sasso di Castalda, whose location allows yo...

Via Roma, 46, Sasso di Castalda (Potenza)
66.96 Kilometers from Rotonda
Katoqi - Tourist house
For a stay in the historic centre of São Paulo Albanian, Katoqui - Tourist House is ideal. A part...

Via Casale 15 - 85050, Sasso di Castalda (Potenza)
67.03 Kilometers from Rotonda
CasArancio
A vacation home near the Museum of Arbëreshe Culture in San Paolo Albanese

Via Carrara, 26 - 85050 , Sasso di Castalda (Potenza)
66.55 Kilometers from Rotonda
Time Bridge Pub
A place with a warm atmosphere and a destination not to be missed during a stop in the village of...

Contrada San Giovanni, 85030 , San Paolo Albanese (Potenza)
26.27 Kilometers from Rotonda
Farmhouse Fattoriabio
A company with a long tradition that has carried on its business in full respect of the surroundi...

c.da Serra, 16, Satriano di Lucania (Potenza)
74.42 Kilometers from Rotonda
= distances as the crow flies
Bridge to the Moon
The Ponte alla Luna bridge in Sasso di Castalda is a spectacular Tibetan bridge with the longest ...

Our news about Rotonda

Where to spend Easter vacations 2022
The Easter vacations are always highly anticipated because, although short and far from the summer ones, give in any case a few days of carefree relaxation. There are many who decide to take a trip out of town, looking for intimate places surrounded by nature, choosing a quiet and authentic atmosphere. We of e-borghi recommend some places not to be missed. Spending your vacations in Trentino-Alto Adige and Emilia-Romagna In Trentino-Alto Adi...
Continue