Share
The village of Valvasone maintains its medieval aspect intact, consisting of pretty streets and ancient houses with arcades. The imposing castle, which dominates the square of the same name, contains late Gothic and Renaissance frescoes and a precious 18th century wooden theater. The castle, surrounded by the moat and the ancient city walls, preserves two rooms with stuccos, an eighteenth-century theater, a rich picture gallery. 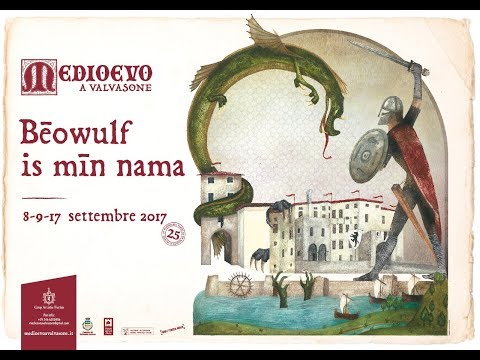 Video by MEDIOEVO A VALVASONE

Valvasone Arzene (Voleson Darzin in Friulian) is located in Friuli Venezia Giulia. Risen in correspondence of one of the last fords on the river Tagliamento open to traffic for most of the year; more south you pass in the low plains and the flow of the river is greater and distributed in a large part of the year. The transit of goods and people made him a privileged position for the Castle of the Counts Valvason, recently renovated but not yet open to the public. The power of the accounts was such that it was built a cathedral to preserve the sacred cloth and the remains of the Eucharistic miracle occurred in Gruaro (20 km further south). With the advent of the railway and automotive traffic has moved more to the south, along the route that connects Pordenone Udine, affecting the towns of Casarsa della Delizia and Codroipo.

Worth a visit the Castle of Valvasone and the Church of SS. Body of Christ.

At Valvasone, next to the Italian language, population uses the western friulano, a variant of the Friulian language.

Piazza Castello, 4, Sesto al Reghena (Pordenone)
16.82 Kilometers from Valvasone
Cordovado Castle
The Castle of Cordovado was built around the 11th century to defend the territory against the rai...

Via Castello 3 - 33075, Cordovado (Pordenone)
16.89 Kilometers from Valvasone
Ippolito Nievo Literary Park
The Literary park dedicated to Ippolito Nievo also winds through some points of interest of the v...

Via Lisignana, 40, Fagagna (Udine)
22.23 Kilometers from Valvasone
Parish church of Santa Maria Assunta
In Fagagna, going back up the road that from the area of Quadris leads to the Colle del Castello,...

Vicolo del Teatro, 1, località Coltura, Polcenigo (Pordenone)
28.15 Kilometers from Valvasone
Livenza's Swamp
Livenza's Swamp is at the foot of the mountains of Polcenigo, in Friuli.

Via Longone, 34, Polcenigo (Pordenone)
29.10 Kilometers from Valvasone
Ippolito Nievo Literary Park
The Literary park dedicated to Ippolito Nievo also winds through some points of interest of the v...

Via Cesare Battisti, 4, Valvasone
Agriturismo VI Pietra Miliare
The Agriturismo offers the best refreshment to those who travel while the accommodations are idea...

Borgo Alpi, 5, Valvasone
La Becjarie
Daniele and Raffaele of Becjarie of Valvasone, in Friuli, are waiting for you to make you taste t...

Valvasone is present in issue 5 of our digital magazine e-borghi travel.
Read it now!

Pordenone: trip to Valvasone Arzene and Cordovado
It is from the heart of the Friulian lands that this itinerary of art and culture starts between the plains and the mountains. We leave the city of Pordenone and go along the state road 13 to Casarsa della Delizia and then continue, through the countryside, along the provincial road 1 up to Valvasone Arzene, where people speak the western Friulian, the first stop on our itinerary in the west lands of the Friuli, lands of waters and cou...
Continue
The Valvasone Becjarie: Made in Friuli meat passion
At the Becjarie in the village of Valvasone, in Friuli Venezia Giulia Region, there is always an air of celebration. A beer, the grid that spreads in the air the intense smell of grilled meat, laughters, small talking and the joy profused from whom works meats literally from a life. Daniele Comuzzi, art son of a buthers family since 1730 (native from Rivignano, will first move to Bertiolo before arriving at Valvasone to seize the opportun...
Continue
Recipe: Jota, the tasty minestrone of the Friulian villages
In the past, the jota was based on essential and protein ingredients: sauerkraut, beans and cornmeal. The only concession to the throat was given by the pestat, a mixture of lard and aromatic herbs. Nowadays this typical cuisine cooked in the villages of Friuli-Venezia Giulia - also present on the tables of the provincial capitals - is served all year round and, depending on the climate, hot, cold or lukewarm, usually accompanied by wine glasses of the Carso that enhance its flavor. The jota also represents the pleasure of meeting and lig...
Continue