Share
An enchanting medieval village on the Pistoia Apennines, Cutigliano preserves the aristocratic aspect of which it was the protagonist, with buildings dating back to the period of feudalism, including the towers of Montestuccioli, Cacioli and Cornia, placed in strategic areas, with the function of dominating and guard the town. 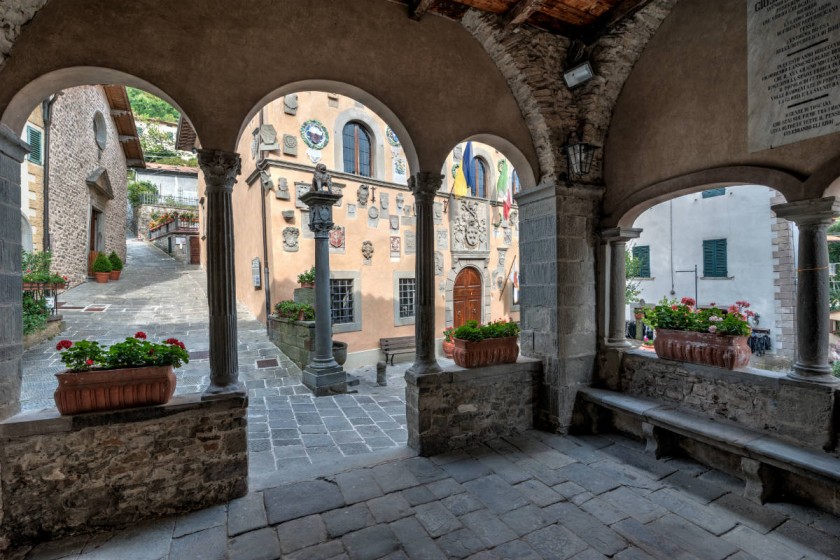 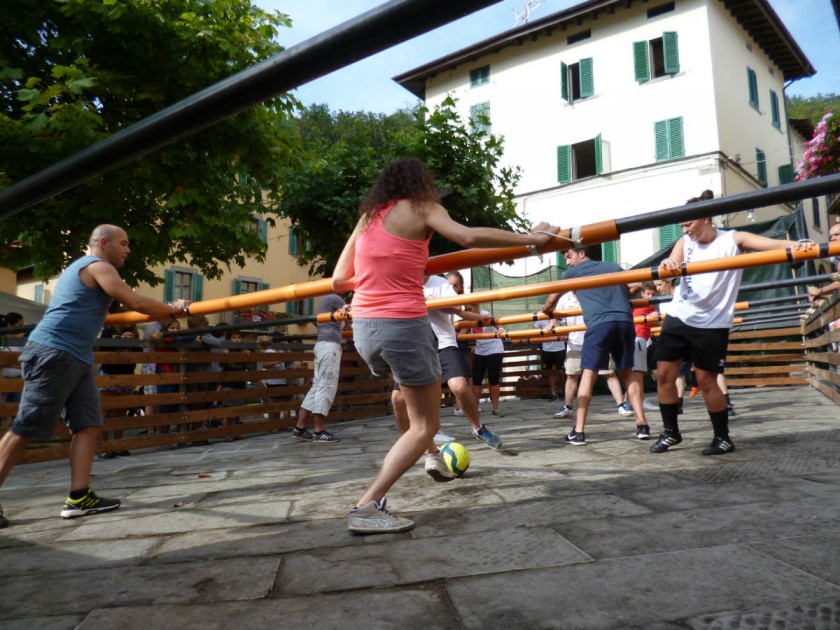 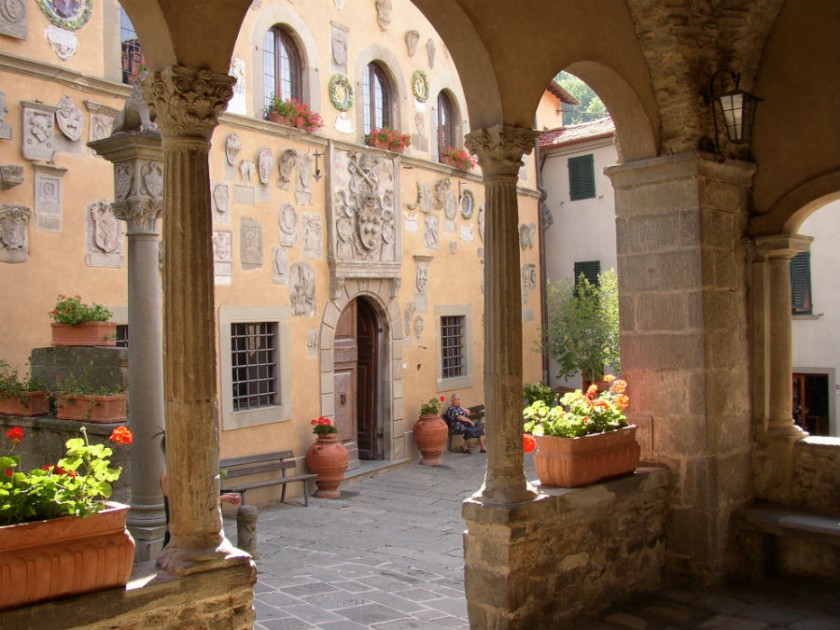 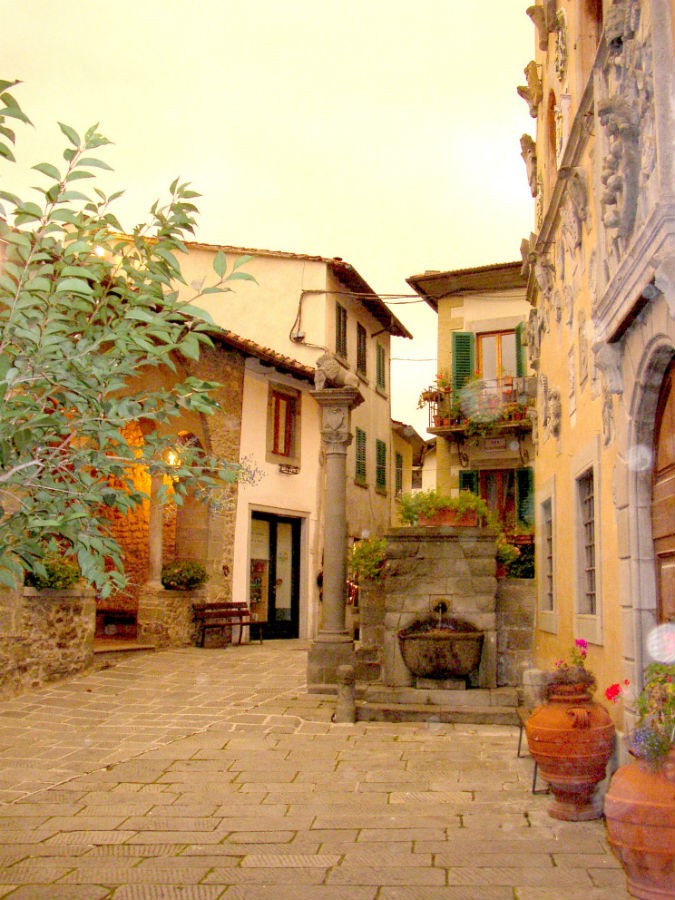 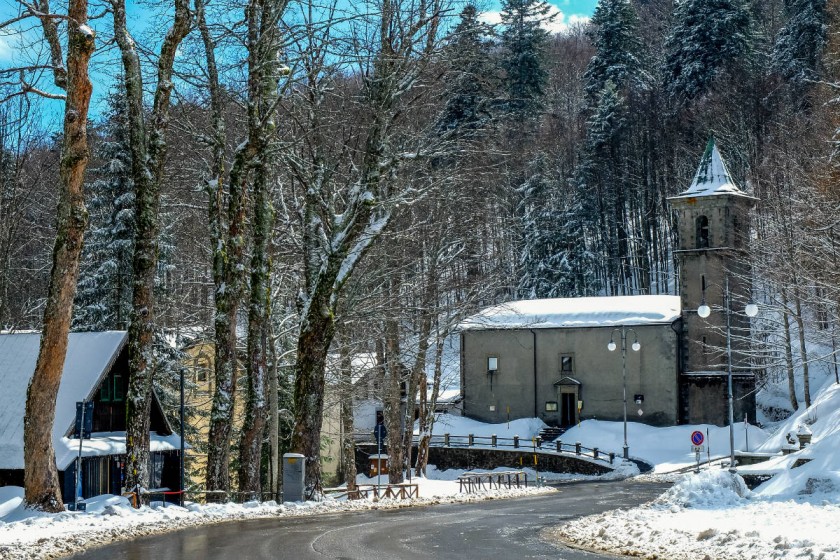 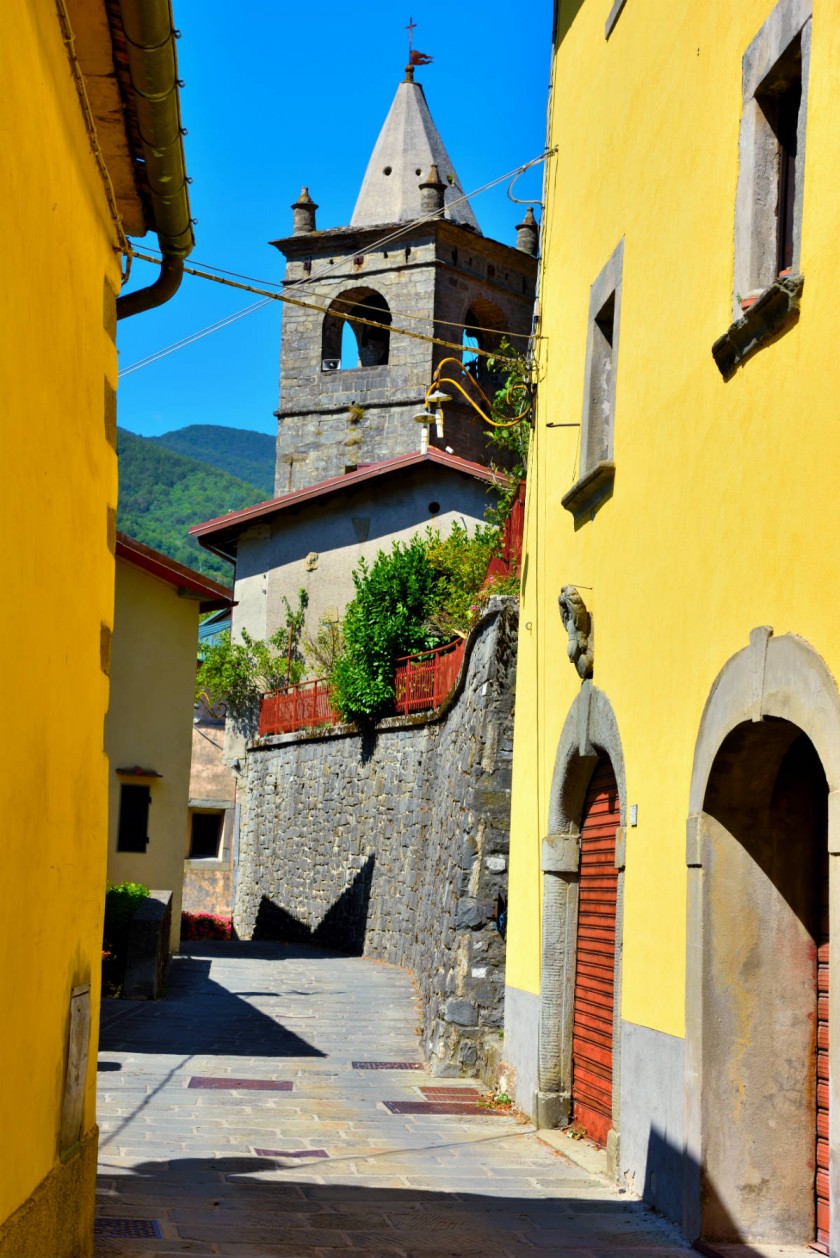 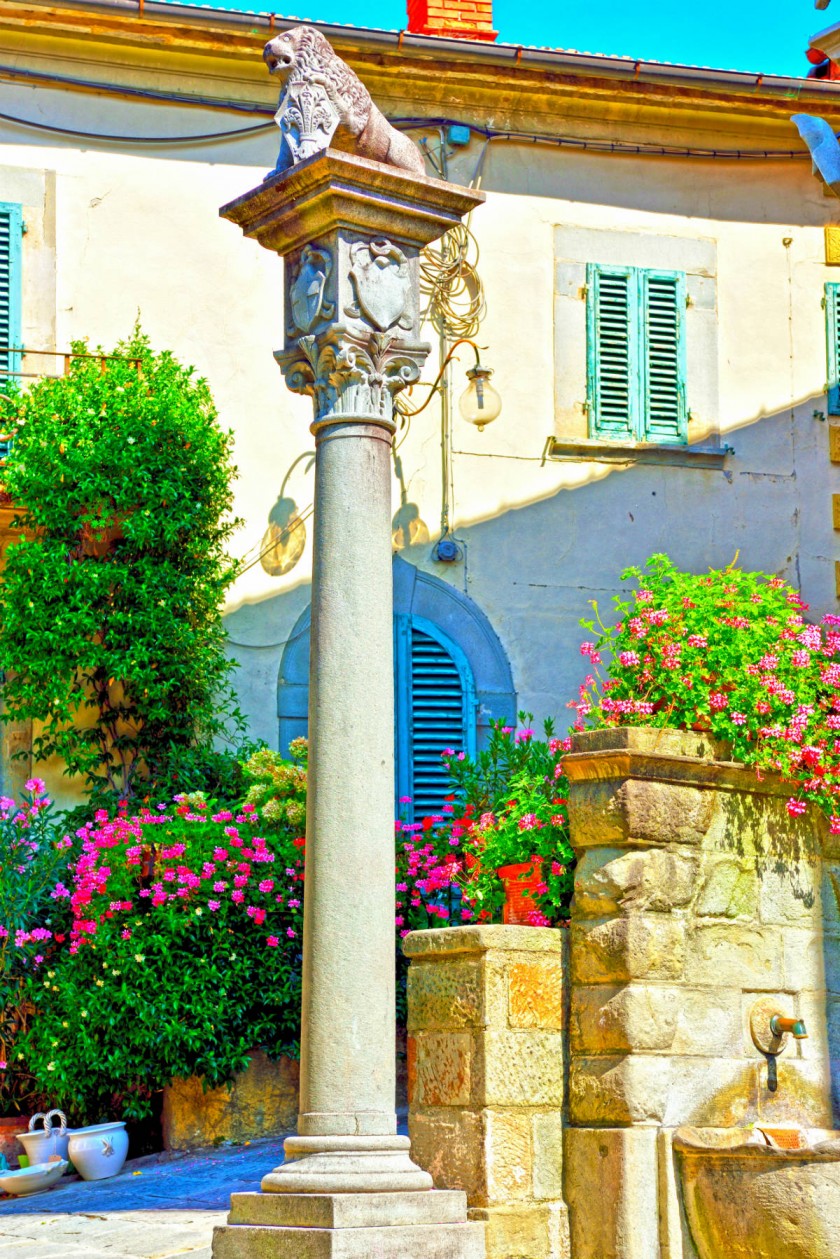 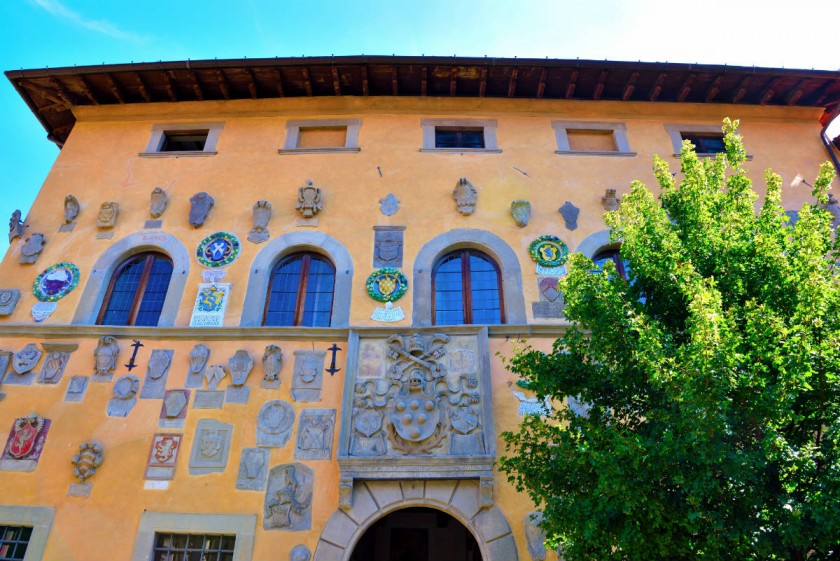 Palace of the Captains of the Mountain
maudanros/shutterstock 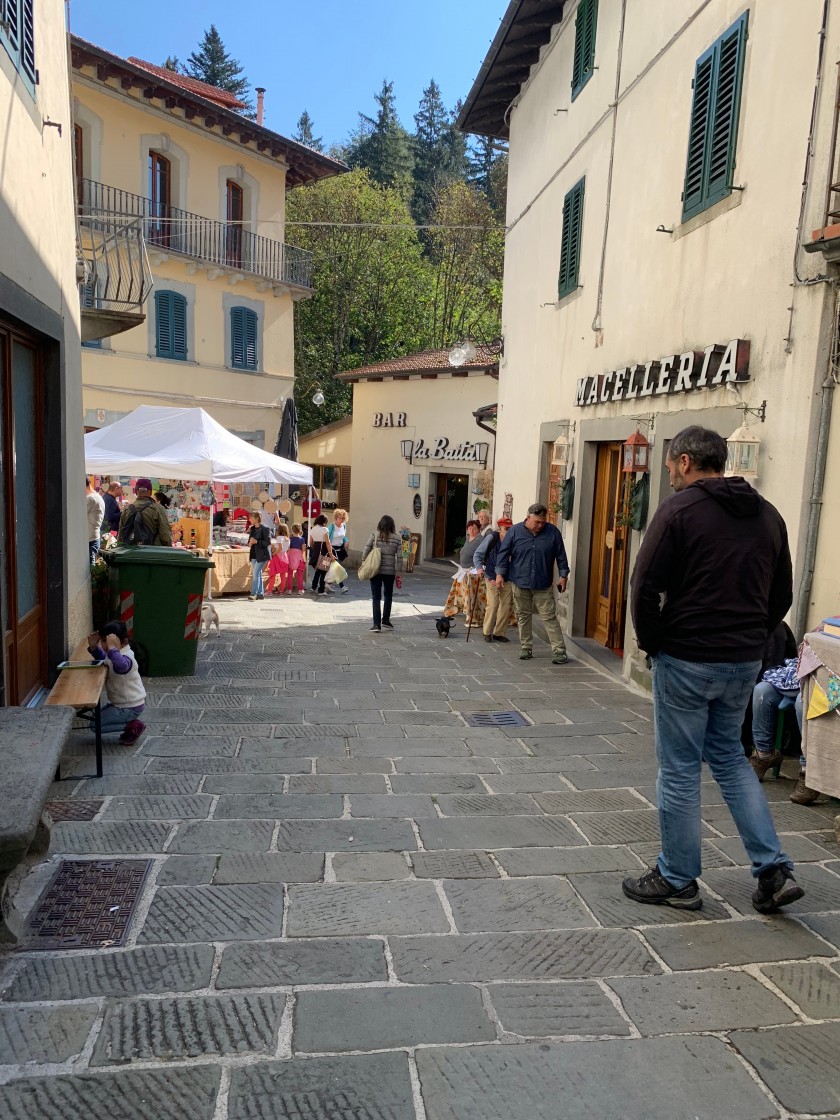 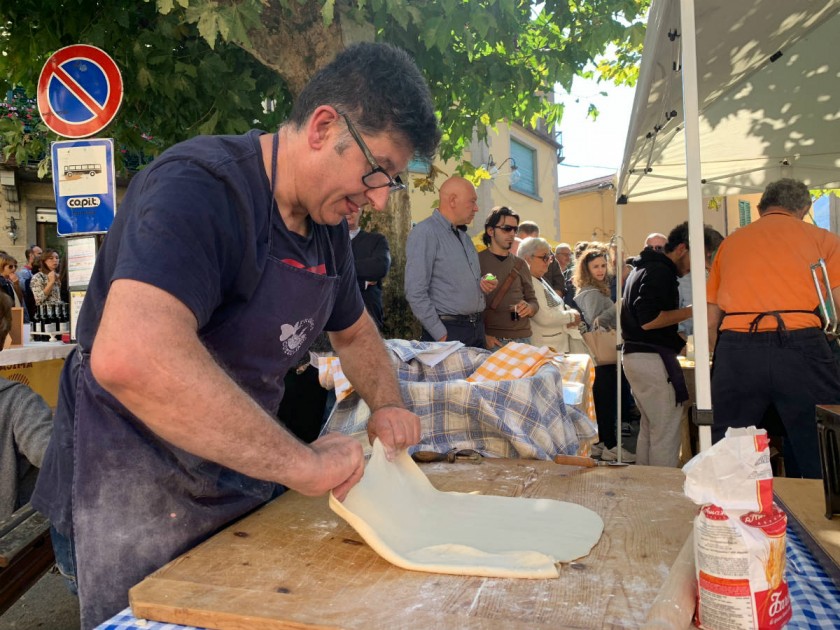 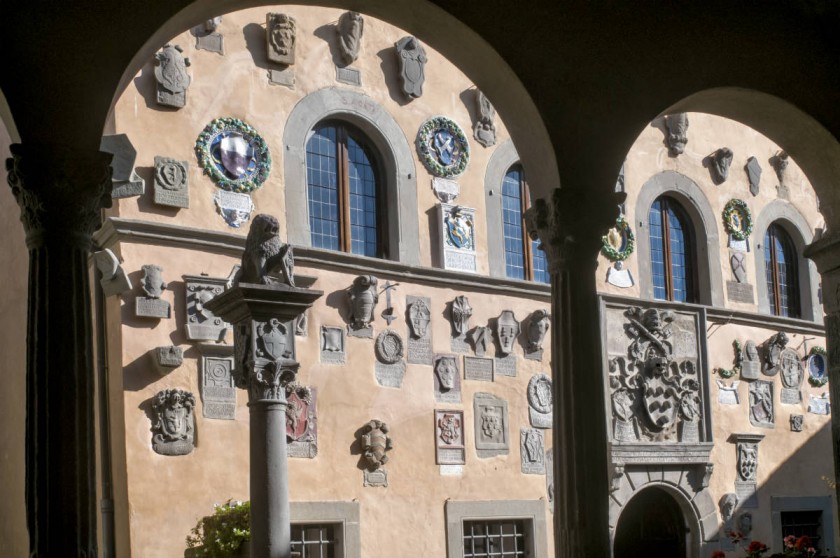 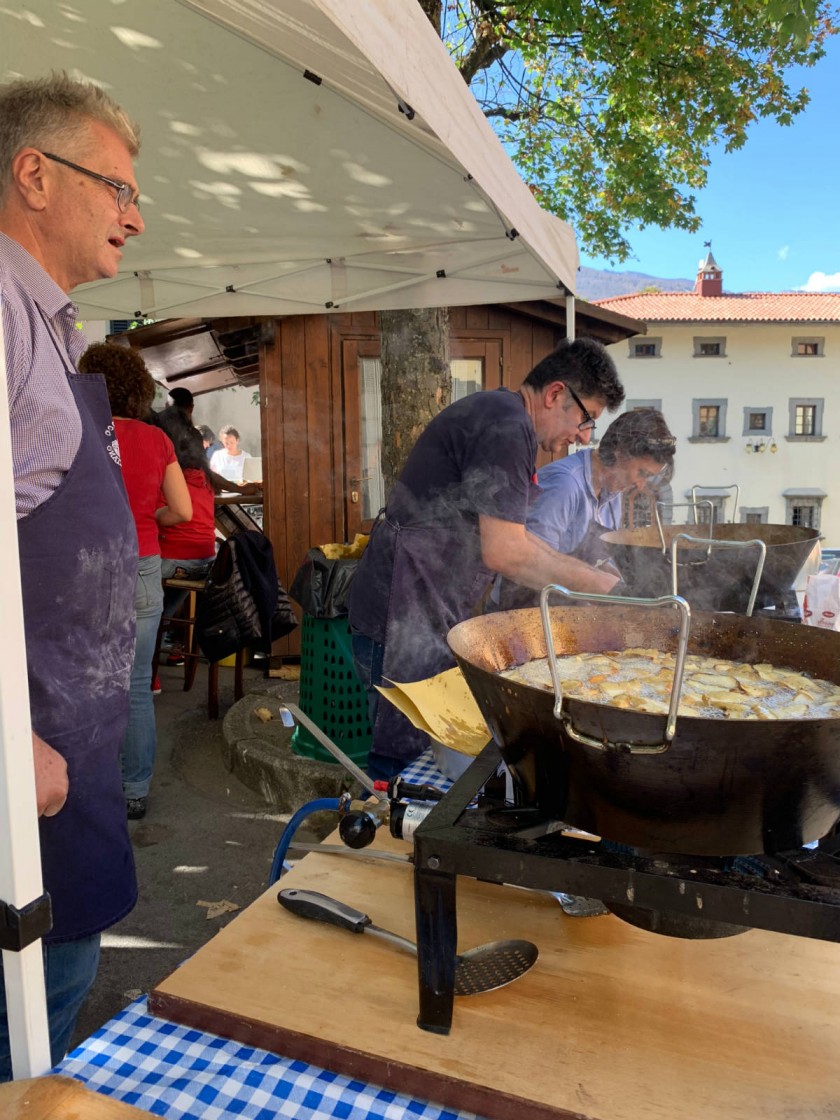 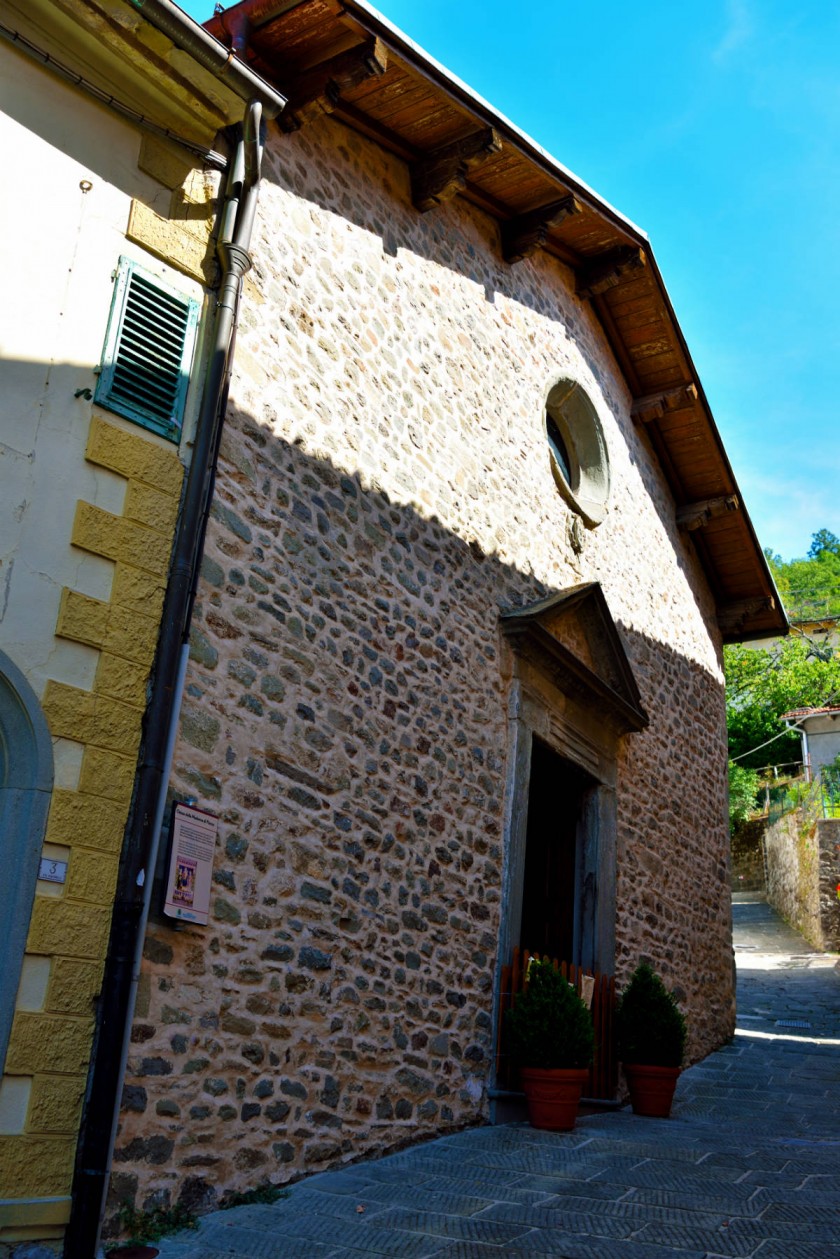 Church of the Madonna
maudanros/shutterstock

Cutigliano, a charming medieval village on the Pistoia Apennines, is the capital of the scattered municipality of Abetone Cutigliano.
Even today, the village retains the aristocratic aspect of which it was the protagonist, with buildings dating back to the period of feudalism, including the Towers of Montestuccioli, Cacioli and Cornia, located in strategic areas, with the function of dominating and guarding the town.
Founded in the year one thousand, the period of greatest splendor was with the establishment of the Captaincy of the Mountain, whose office belonged to a particularly valiant knight.
The Captain in charge was forced to change abode every six months, initially he was in San Marcello, then in Castel di Mura, in Lizzano and finally, in 1373, in Cutigliano.
The Palazzo Pretorio or the Palazzo dei Capitani della Montagna, the Church of the Madonna di Piazza, date back to this period, and inside it there is a precious work in glazed terracotta and the Church of San Bartolomeo, which was once the center of bloody battles.

Cutigliano as well as having historical elements is surrounded by natural beauties whose sporting possibilities have made the village one of the most visited of the mountain.
Skiing is certainly the main activity of the area and the slopes of Abetone, Doganaccia and Val di Luce are within easy reach. For lovers of trekking, mountain biking and long walks in the open air, you have the opportunity to have fun thanks to the many dirt roads that depart from the town to cross the surrounding woods that lead to environments of incredible natural value such as the Lake Scaffaiolo, the source of the Sestaione stream, the Corno alle Scale and the Monte Lancino.

The sandstone and the chestnut wood are the elements of this village of noble grace, ancient and sought holiday resort. Cutigliano is located in the pistoiese Apennine mountains, at the foot of the Abetone, in the ski resort area of Doganaccia. It is situated in the green of the woods under the shade of the chestnut trees and beeches and between the limpid waters of the fountains. Squares and paved streets preserve the memory of the government of the captains of the mountain, marked by force on the coats of arms on the palace which harbored them. In the margins of the maquis lived here in the Nineteenth Century a shepherd poetess, Bugelli Beatrice, who wanted to be the voice of nature. Her poetry was spread along the mule tracks, where shine the fruits of the undergrowth. Lived here, even before his stay at Abetone, Giacomo Puccini, host of Villa Magrini. We used to come to Cutigliano for the "comfortable walks among the shady woods de' castagni", wrote in 1887 the Marquis Carega for its readers that were also the first hikers. Here came also a painter, one evening in 1570: forced to stop in the country due to an abundant snowfall that had him seized during the journey home. He paid his hospitality debt by painting the picture hanging behind the high altar in the church of San Bartolomeo. The characters that animate the canvas are men and women of Cutigliano really existed, taken as a model by the artist, the veronese Bastiano Vini.

Via del Duomo, 1, Barga (Lucca)
21.85 Kilometers from Cutigliano
House Museum of Giovanni Pascoli
The Cardoso-Carrara Villa, situated at the Caproni di Castelvecchio, near the village of Barga, i...

Via delle Cartiere, 1, Pescia (Pistoia)
23.72 Kilometers from Cutigliano
Pinocchio Park
The Pinocchio Park is located in the village of Collodi, in Tuscany.

Via San Gennaro, 3 - 51012, Pescia (Pistoia)
23.75 Kilometers from Cutigliano
Villa Garzoni
Villa Garzoni is located in the village of Collodi, in Tuscany.

Via delle Cartiere, 1, Pescia (Pistoia)
23.72 Kilometers from Cutigliano
= distances as the crow flies

Find where to sleep in Cutigliano

Via Versurone - Loc. Doccia del Cimone, Fiumalbo (Modena)
12.46 Kilometers from Cutigliano
Hotel Manzoni
In the heart of Montecatini Terme, the 4-star hotel has everything to satisfy the needs of guests...

Viale Manzoni, 28 - 51016, Montecatini-Terme (Pistoia)
24.03 Kilometers from Cutigliano
Hotel Manzoni
In the heart of Montecatini Terme, the 4-star hotel has everything to satisfy the needs of guests...

Viale Manzoni, 28 - 51016, Montecatini-Terme (Pistoia)
24.03 Kilometers from Cutigliano
= distances as the crow flies
Rosellini Sirio Farm
A family farm specializing in the production of ornamental citrus and potted olive trees in the t...

Via Umberto Saba, 4, Pescia (Pistoia)
25.04 Kilometers from Cutigliano
= distances as the crow flies 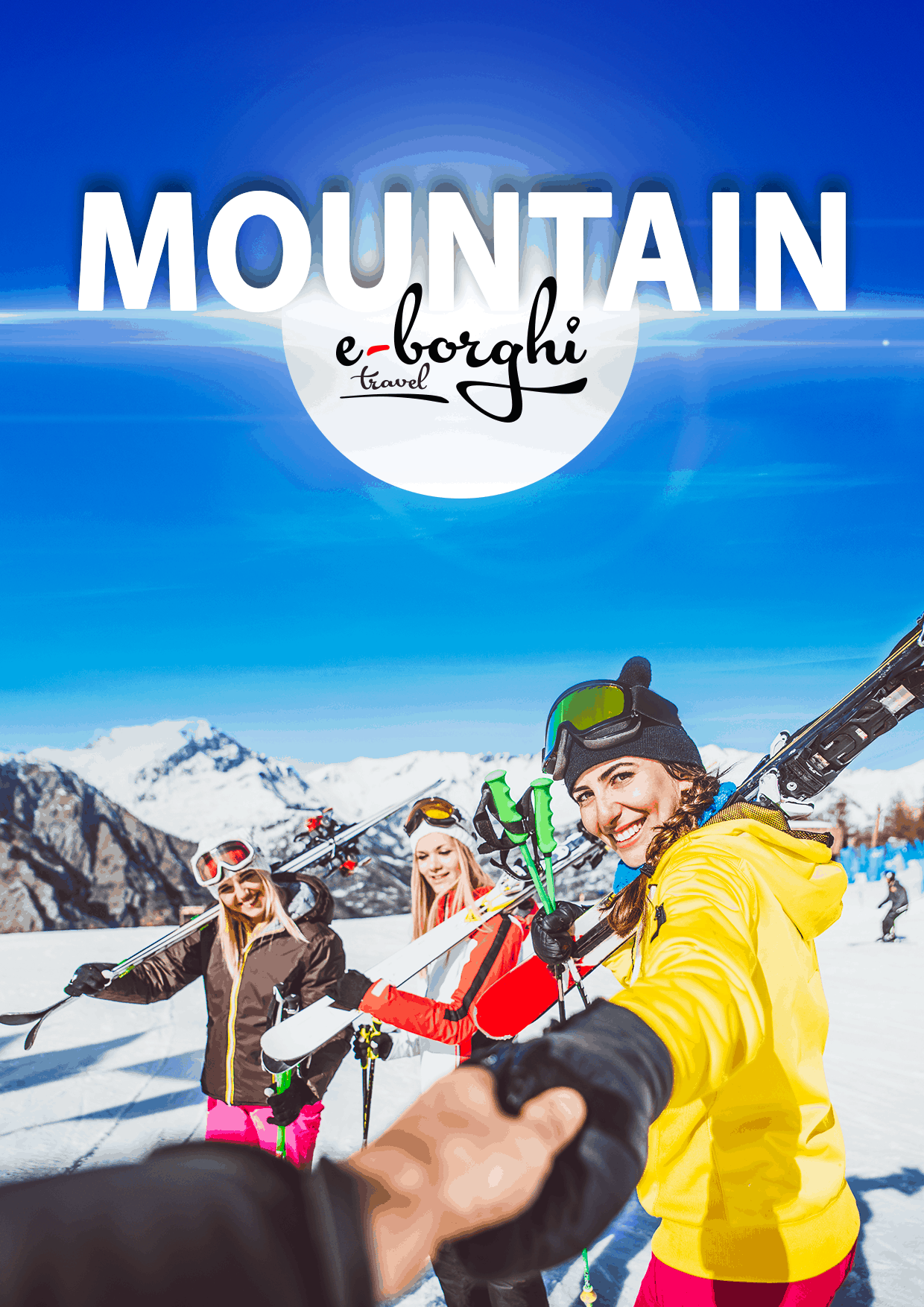 Cutigliano is present in issue 1 of our digital magazine e-borghi travel.
Read it now! 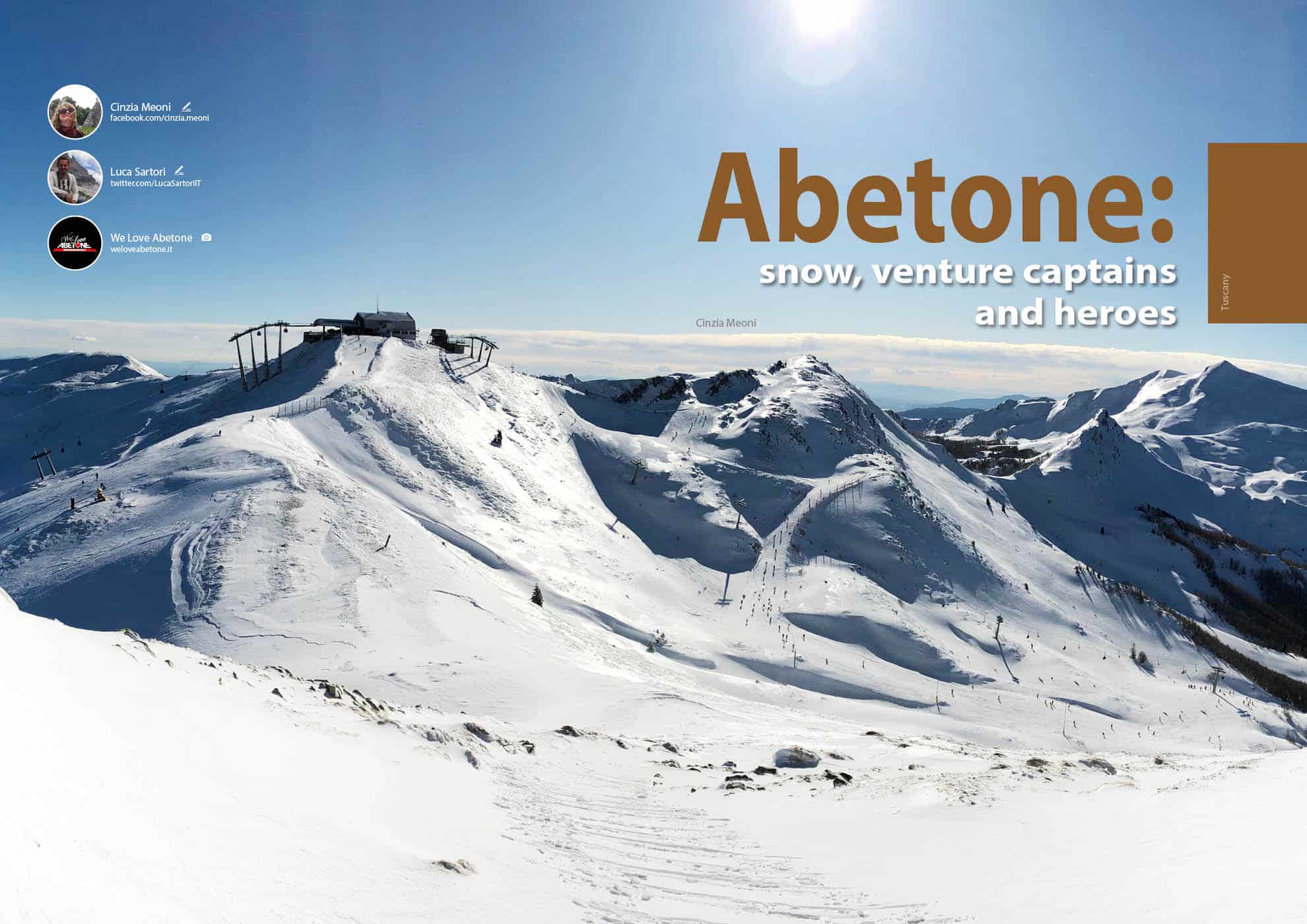 5 villages for skiing and having fun in the snow
Villages nestled among mountains and in the purity of the snow. To go skiing, have fun with sledding or snowshoeing, discover white forests with cross-country skiing or strolling through history. Surrounded by postcard landscapes that give emotions. Snow and joy, sport and fun. In winter the villages seem even more magical, with the snow games and the ice drawings of the fountains, which look like sculptures sculpted by the wind. The spa...
Continue
Recipe: Castagnaccio, the dessert of the Tuscan villages that smell of wood
A taste that comes from the past, a "convict" taste that made people fall in love, a poor and ancient sweet of Tuscan cuisine that enriches the table in the fall. The castagnaccio is a characteristic autumn dessert of the villages in the Apennine areas of Tuscany, Liguria, Emilia and Piedmont and, depending on the region in which it is cooked, presents some differences. In Tuscany, for example, the cake is about a centimeter tall and according to the traditional recipe should be made with chestnut flour from the Mount Amiata. One of ...
Continue
Recipe: Rolled Crespelle au gratin from Cutigliano
ALSO FOR VEGETERIANS There are infinite varieties: with champignon mushrooms, grilled zucchini, provola cheese, bacon, ham, asparagus and many other stuffing... The crepes recipes are always extremely appreciated even by the most demanding palates, because the union of the pastry, together with the most varied fillings, always create a rich and balanced taste, that everyone can enjoy. In addition, it is so easy to realize that the preparation of crepes can also...
Continue
From the village to the ski slope. Since Saturday, the slopes are open on the Abetone
We get from Abetone Cutigliano the news that from tomorrow, November 18, 2017, thanks to the first snow that has fallen on the slopes in the past few days, some plants can be opened, thus inaugurating the Pistoise ski season. It is not yet clear the map of the plants that will be operational, but it may seem to be already largely in both the areas of Abetone and Doganaccia. A great news given the serious delays in the opening that these plants suffered in the past seasons, especially last year. Over 60 centimeters of snow ...
Continue
Unique Tuscan villages to Love - Download a free travel guide to the 51 certified Tuscan villages
It has recently been made available a free travel guide by Toscana Promozione Turistica, in Italian and English, about 51 Tuscan villages certified in the Borghi più Belli D'Italia, Paesi Bandiera Arancione, Mibact's Gioielli d'Italia and UNESCO World Heritage Sites. The volume, edited by Claudio Bacillieri, director in chief for Borghi Magazine, accompany th...
Continue