Share
Ancient Benedictine monastery, Montescudaio rises in the Val di Cecina. The center of the village is made up of Piazza Matteotti, near which is the birthplace of the successful sculptor Italo Griselli. Montescudaio is also the City of Bread, the tasteless Tuscan classic cooked in a wood oven. 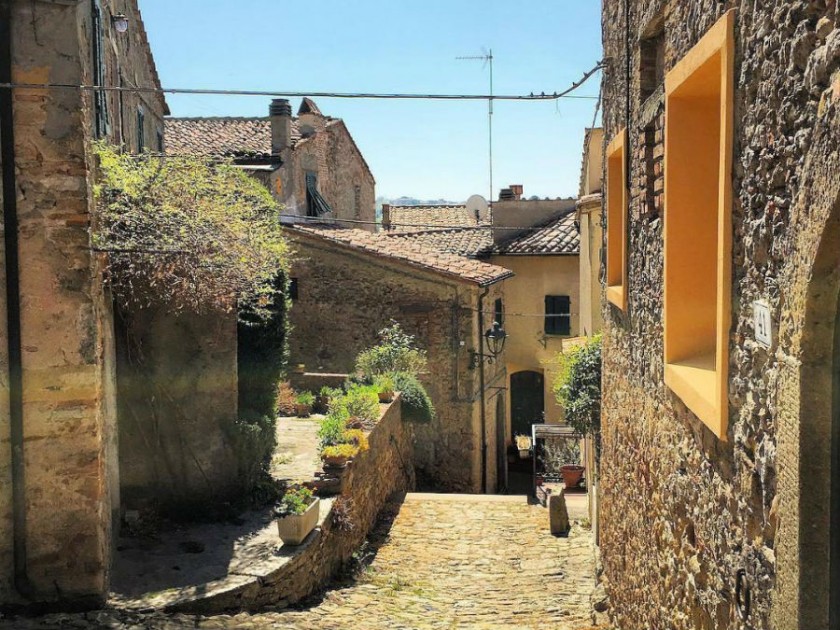 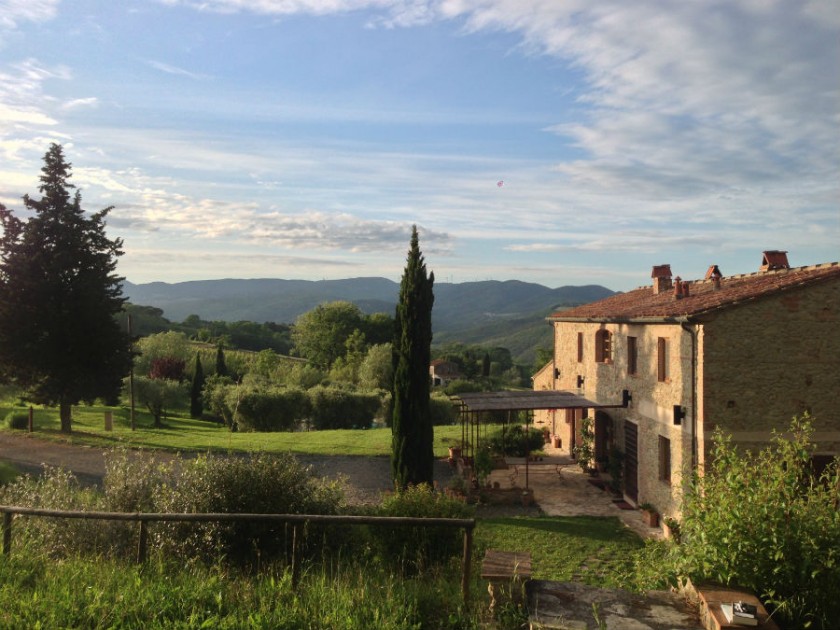 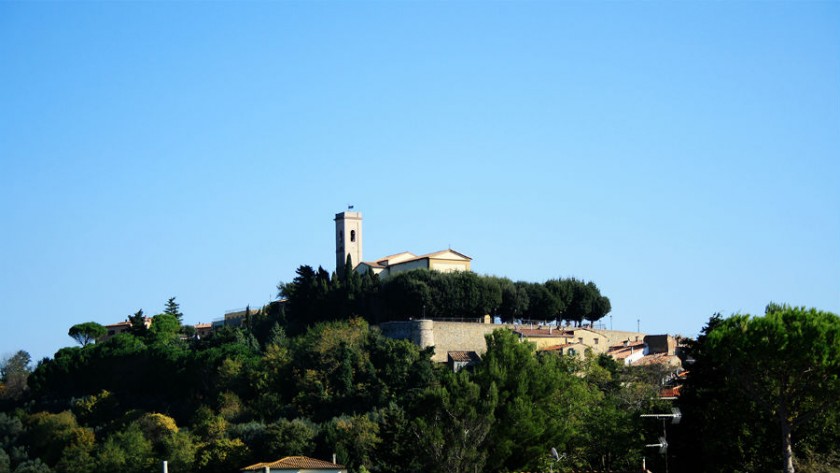 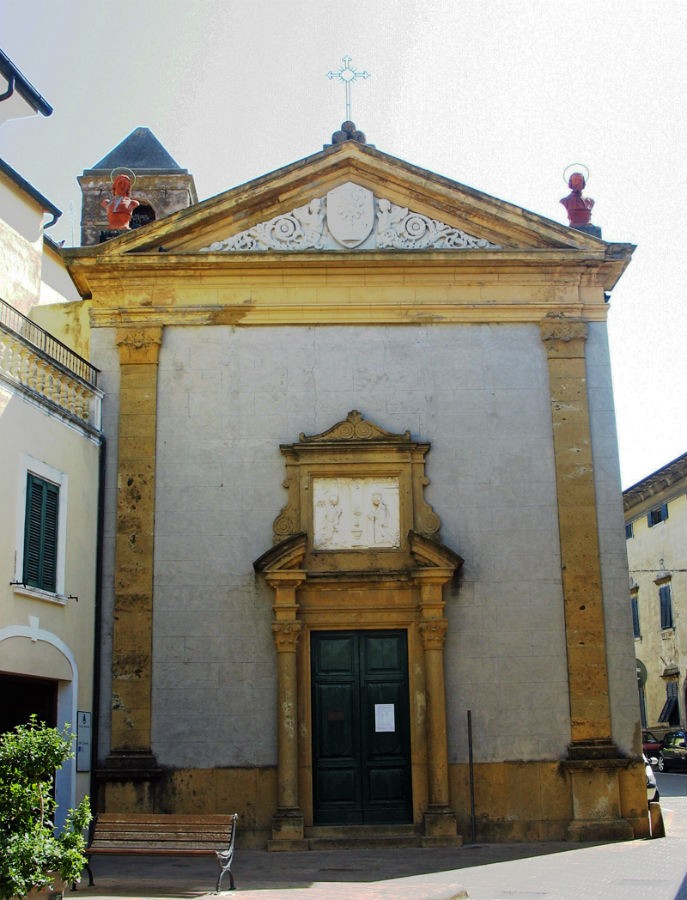 The village of Montescudaio is located in the Val di Cecina and is part of the Maremma Pisana, in Tuscany. The toponym of the Longobard stronghold is certified for the first time in 1091. The second element of the name derives from the latin scutarius ("manufacturer of Shields"). Scutarius is also the name of a person romano. In every case the settlement is much more ancient; in fact, numerous archaeological finds testify human presence in this area since the Villanova. For others the toponym instead means upstream of the Skuldhais (Sculdascio), from the lombard Skuld (debt) haitan (Call, require). Montescudaio then takes its name from the official local government responsible for levying of taxs, to resolving disputes minors and the military organization of the area. Not far another longobard toponym is Guardistallo, from Warda (guard) Stal (shelter, accommodation), probably the seat of a military detachment.

The first historical documents you have around the XI century, an era in which the town was constituted by a castle owned by the Della Gherardesca family and the Abbey of Santa Maria. The "Counts of Montescudaio" became the protagonists of the various acts of rebellion against the Republic of Pisa, which in medieval times dominated these territories. The revolts were domate, but in 1406, when Pisa and the whole county were sold to Florence, the auditors hasted to credited at the court of the new lords, thereby managing to get the appointment of vicars in Maremma. However, the inhabitants of Montescudaio, with the authorization of Florence, is constituted in common; is sited new statutes and managed to oust the accounts from the castle. The municipality ceased to exist as of 10 May 1648, when the whole area became a feud of the Marquis Ridolfi of Florence.

The center of the country is constituted from piazza Matteotti, near which there is the birthplace of the stated sculptor Italo Griselli. The same Griselli sculpted the monument to the Fallen located in via Vittorio Veneto (1924). Along the path of freedom are the villa Marchionneschi, at the end of the Nineteenth Century, and the palazzo Surbone, which was the residence of the Marquis Ridolfi and where he was hosted the Grand Duke Leopold II of Tuscany during the visit on the occasion of the earthquake of 1846. A short distance away stands the Church of Santissima Annunziata, of the fifteenth century, but much altered in the thirties of the twentieth century. Adjacent to the oratory is located in the Palazzo del Municipio. The Civic Tower marks the entrance to the medieval castle. It dates back to the XII century in the lower part, but the top was rebuilt around 1850. In the area of the castle in a scenographic setting, is located the church of Santa Maria Assunta, which also had the title of Abbey; it was rebuilt after the earthquake of 1846 and dedicated to Santa Maria Assunta. Before the church, in the north-west corner of the vast piazza is la Guardiola, the only tower of the country, today used as belvedere.

Suspended between land and sea, the "mountain of the Shields" is a small village of Val Cecina that, from its old castle walls, watch the Tyrrhenian Sea and its islands. Sentinel is the beautiful tower of Guardiola, panoramic point where the thoughts are uncertain between quiet hills and the sea adventure. Among the alleys paved in stone that carry the scent of bread baked in wood ovens, it seems to live in a soft cage, where willingly we are captured and then we flee and then we return. The warm air accompanies the gaze the olive trees, rows of vines, fruit trees, and it is not difficult to imagine the goddess of abundance that arrives from the countryside with a basket full of good products of this land: wine, oil, bread, could cuts.
From the square of the Castle, when the sky is clear you can see the islands of Gorgona and Capraia, and if you are lucky, even the northern tip of Cape Corso. Leaving your gaze wander down by walls, there are the hundred huts of the village below with their characteristic roofs covered with Tuscany tiles. Close to Via del Borgo is located the Civic Tower, the lower part of which dates back to the XII century: it was the point of access to a medieval castle, near which stood the house of the tax collector. Along the perimeter of the castle we can find the imposing city walls, up to 15 meters high, which retain the original masonry in the north and the south sections, and in particular in the guardhouse, the only tower remaining.

Piazza Teresa, 3 - 57022, Castagneto Carducci (Livorno)
10.36 Kilometers from Montescudaio
Carducci Archive Museum
The Archive Museum is part of the literary park dedicated to Giosué Carducci in the village of Ca...

Via Don Giovanni Minzoni, 13, Volterra (Pisa)
20.86 Kilometers from Montescudaio
Lombroso Museum
The former asylum in Volterra is now open to the public on a regular basis.

Viale Franco Porretti, 41, Volterra (Pisa)
20.69 Kilometers from Montescudaio
Volterra Art Gallery and Civic Museum
It houses a collection of works of great historical and artistic value, housed in the rooms of th...

Find where to sleep in Montescudaio