Share
Acqualagna, near the magnificent Gola del Furlo, is nationally called the Capital of the Truffle. The village is a popular destination both for those who love gastronomic itineraries and for those who want to visit and stay in places where you can breathe an atmosphere that has remained unchanged over time. 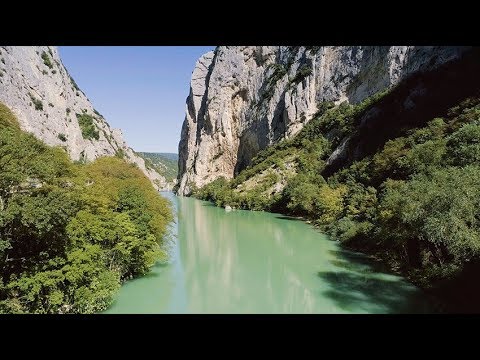 Acqualagna is a Marche village located in the hinterland of the province of Pesaro and Urbino, near the magnificent Gola del Furlo and is nationally called the Capital of the Truffle.
Located in a strategic position due to its proximity to the highest mountains in the area, the Catria and the Nerone, Acqualagna allows you to take paths on foot, by bike and on horseback in both winter and summer. Fascinating naturalistic itineraries that will bring its guests to discover the most unexplored territory.

Acqualagna, therefore, represents a sought-after destination and, at the same time, far from traditional circuits, both for those who love gastronomic itineraries and for those who want to visit and stay in places where you can breathe an atmosphere that has remained unchanged over time.
But nature is not everything, because both in Acqualagna and in all neighboring municipalities there is a history and culture that starts from the Roman era to evolve up to the present day.

Near the current center, in ancient times there was a Roman town, Pitinum Mergens, destroyed by Alaric; the surviving inhabitants later founded the castle of Montefalcone from which, in the late Middle Ages, the village was formed.
Today, right in the center of the village, there is the "Antiquarium Pitinum Mergens" Museum, where exhibits from the excavation of the rustic villa found in Colombara di Acqualagna are exhibited.
Archaeological remains relevant to the route of the ancient Via Flaminia, the main Roman artery in the area, opened in 220 BC, were also found near Acqualagna. by Gaio Flaminio to connect Rome to Ariminum (Rimini), representing in ancient times the fundamental road axis for the connection between Rome and northern Italy.
Going to discover the village you can also see many churches and convents that connect us to the past: the church of Santa Lucia, San Vincenzo, San Paterniano, that of the Santissima Annunziata and the Santissimo Sacramento.

Acqualagna is known worldwide for the artistic processing of stone, one of the craft activities that have made the name of the village famous. A centuries-old tradition that has its roots in the work of the ancient stonemasons of Furlo, who thanks to their ability and the easy availability of the material in the "quarries", also created important works and architectural structures in Urbino.

One of the most important events of the village is the National Truffle Fair, which takes place on the last weekend of October and the first of November. It is the most important appointment in central Italy dedicated to the Tuber Magnatum Pico, during which you can get in touch with truffle sellers, taste the culinary news, attend themed conferences and learn about the simplicity of a unique place of its kind.
In addition to this appointment, Acqualagna offers two other fairs: the first in February dedicated to the prized black truffle and the second in July where the Regional Summer Black Truffle Fair is held.

Acqualagna is surrounded by as many villages that tell the story and culture of the Pesaro hinterland. A few kilometers from the Truffle Capital it is possible to reach: Piobbico; Urbania, known nationally for the art of working with ceramics and majolica; Apecchio, located at the foot of Monte Nerone a few kilometers from Piobbico; Cagli, located at the foot of the Catria and Petrano mountains.

Acqualagna offers many food and wine ideas to satisfy the culinary needs of its guests. Starting from the beloved white winter truffle, throughout the year you can taste typical dishes and seasonal specialties thanks to the restaurants in the area. The first to attract attention is definitely the truffle king who sees his maximum power in the village of Acqualagna.
The territory, following its ancient traditions, manages to offer the group of tourists a set of typical products from the farms in the area, which produce fruits of the earth, ranging from vegetables and legumes, from meat to cheeses, from cold cuts to oils, to wines. All this to excite the guests, making them live in a parallel reality full of taste.

Via Pergamino, 23, Fossombrone (Pesaro e Urbino)
12.35 Kilometers from Acqualagna
Concordia Bridge
the bridge on Metauro river at Fossombrone, said 'Concordia bridge', is the symbol of the village.

Via Santa Maria in Val d'Abisso, Piobbico (Pesaro e Urbino)
13.61 Kilometers from Acqualagna
Brancaleoni Castle
the ancient Brancaleoni Castle is the symbol of the village of Piobbico, in Marche region.

Via Crucis, località Buonconsiglio, Frontone (Pesaro e Urbino)
14.56 Kilometers from Acqualagna
Brancaleoni Castle
the ancient Brancaleoni Castle is the symbol of the village of Piobbico, in Marche region.

Via del Palazzo, Piobbico (Pesaro e Urbino)
13.70 Kilometers from Acqualagna
The mill of Pontevecchio
Before you get to the village of Frontino, on the right you will find an ancient milling complex,...

Via Santa Maria in Val d'Abisso, Piobbico (Pesaro e Urbino)
13.61 Kilometers from Acqualagna
Roveresca Fortess
The Fortress of Mondavio represents one of the most important testimonies of the project activity...

Via Giuseppe Mazzini, 4, Monte Grimano Terme (Pesaro e Urbino)
31.49 Kilometers from Acqualagna
Gradara Castle
The Castle of Gradara is in the Marche Region.

Via Farneto, 1 - 61012, Gradara (Pesaro e Urbino)
36.30 Kilometers from Acqualagna
La Loggia Relais and Emporio
The Loggia Emporio and Relais is located in the heart of the village of Gradara, in the Marche Re...

Via Dante Alighieri, 2, Gradara (Pesaro e Urbino)
35.98 Kilometers from Acqualagna
B&B Dimora della Rovere
At the border between Romagna and Marche, this bed&breakfast is steeped in history and immersed i...

Via della Rovere, 4 - 61012 , Gradara (Pesaro e Urbino)
36.00 Kilometers from Acqualagna
Locanda Le Querce - Country House B&B
This beautiful hotel is located in the region of Montefeltro, between Tuscany and Romagna.

Via Giovanni XXIII, 1 - 61021, Frontino (Pesaro e Urbino)
28.62 Kilometers from Acqualagna
Bar Ex Corpo di Guardia
This historical bar is your chance to go back in time and to live an amazing experience into the ...

Acqualagna is present in issue 8 of our digital magazine e-borghi travel.
Read it now!

The villages of truffles: the perfume of the good soil

The villages of truffles: the perfume of the good soil
Besides being the king of the kitchen, what is a truffle exactly? It’s a sort of spontaneous underground mushroom: its value is due to the fact that you can’t cultivate it so you must search for it in the forests (thanks to the dogs’ nose) and it must be strictly picked up by hand. There are different types of truffles and among the thirteen ones that you can pick up in Italy the most precious one is with no doubt the Tuber Magnatum, the white truffle. So we can’t help starting our roundup with the “Internati...
Continue