Share
Gradara is known above all for its beautiful fortress, which together with its fortified village and its walls represent a characteristic example of medieval architecture. Around it you can walk the path of lovers that surrounds the hill, from which you can admire the sharecropping landscape of the Pesaro area, where cultivated fields and woodland patches mix. 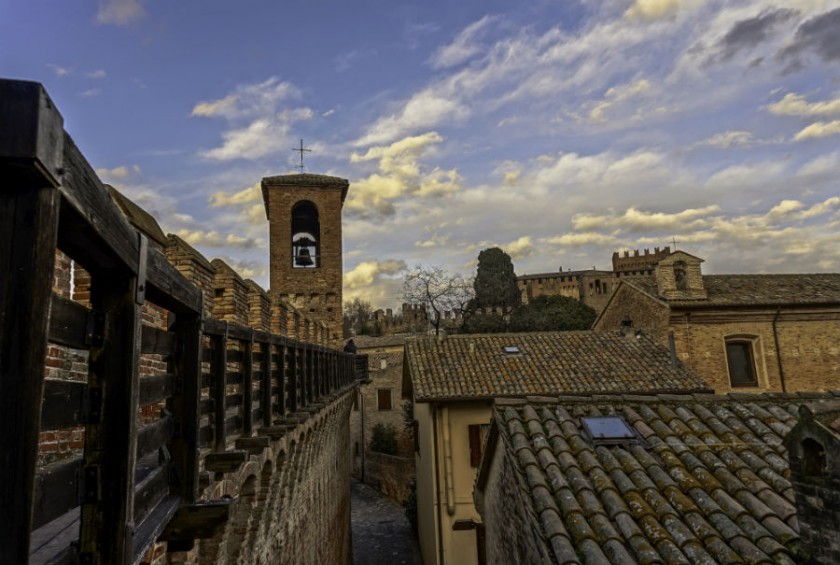 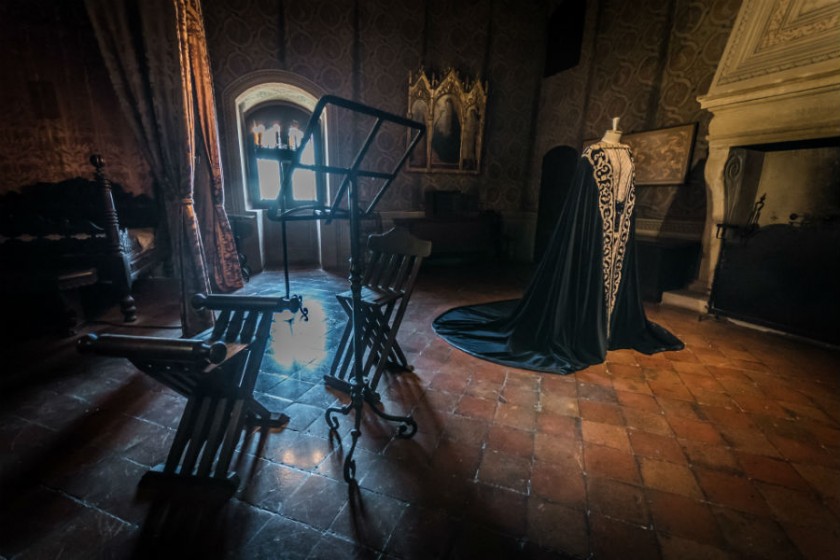 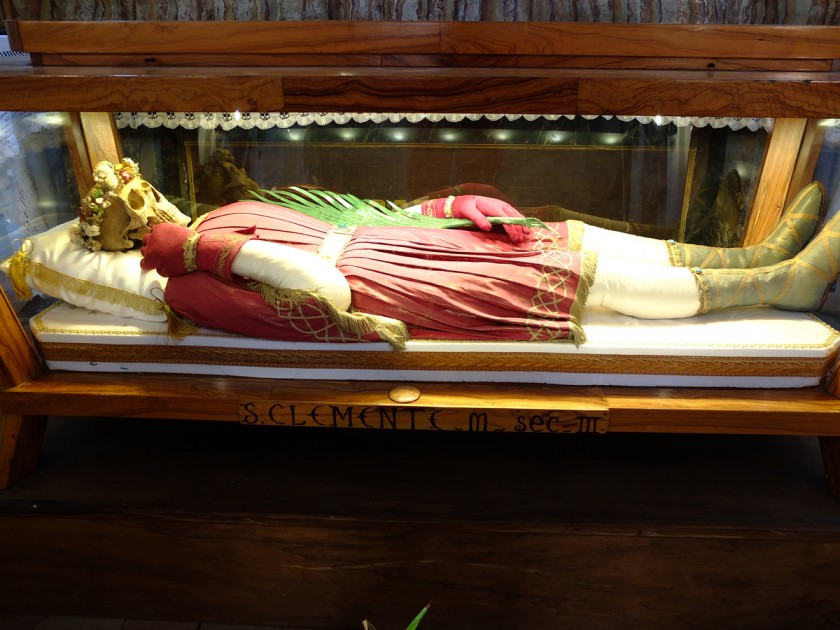 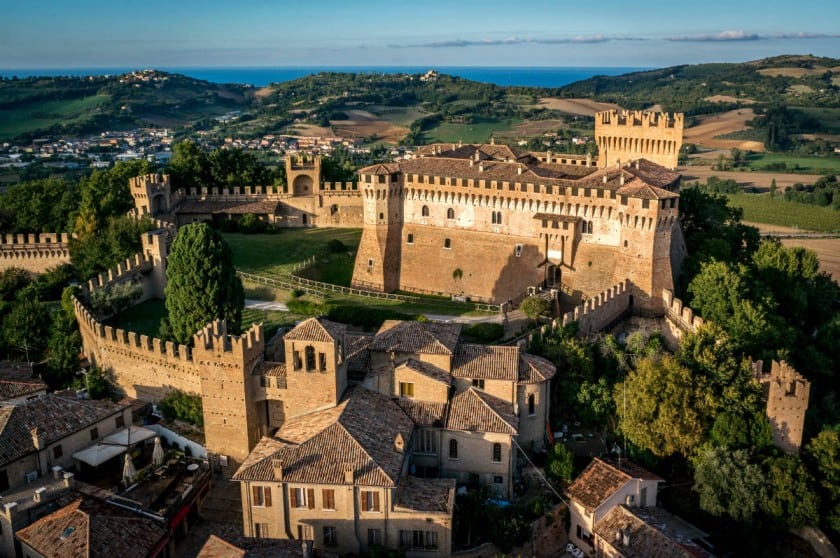 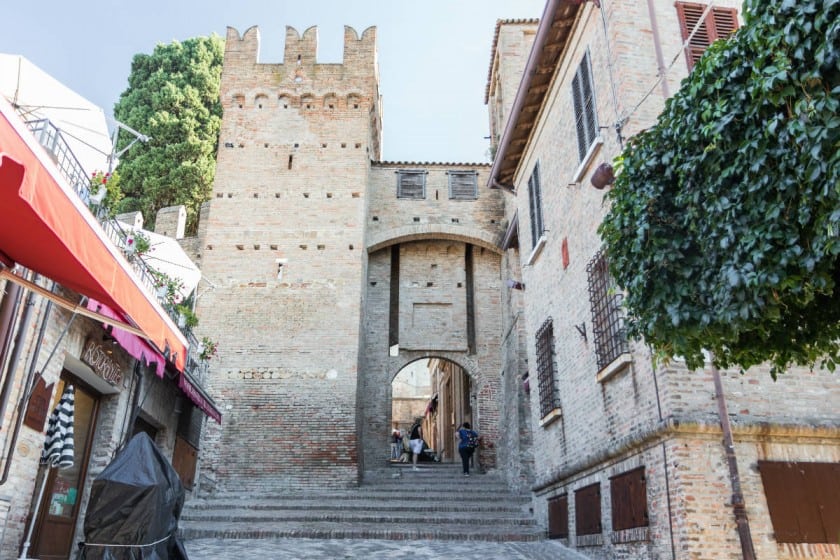 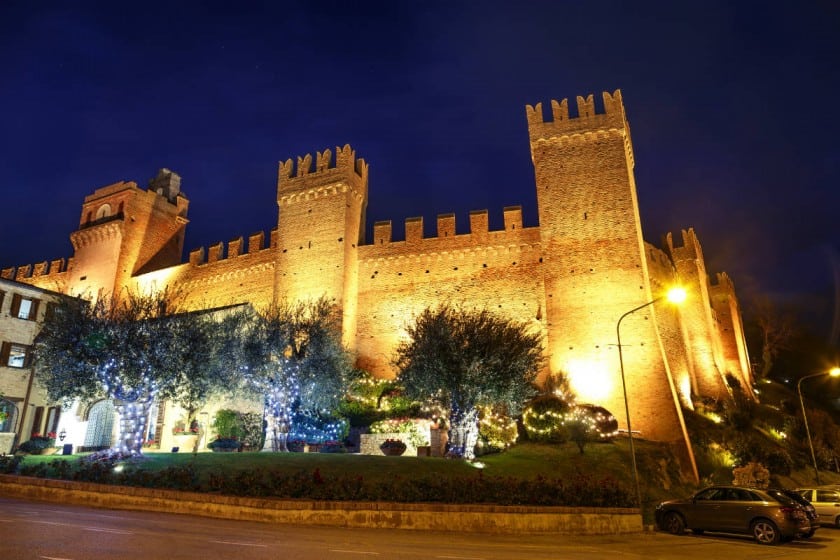 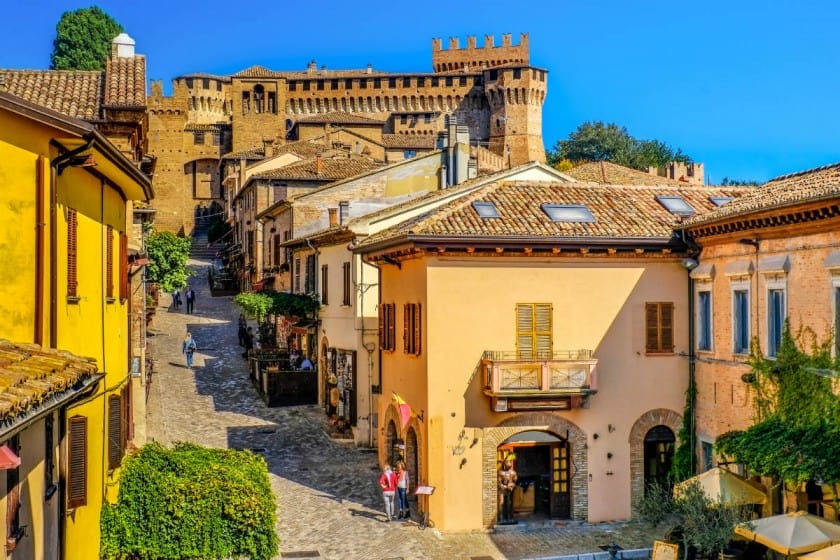 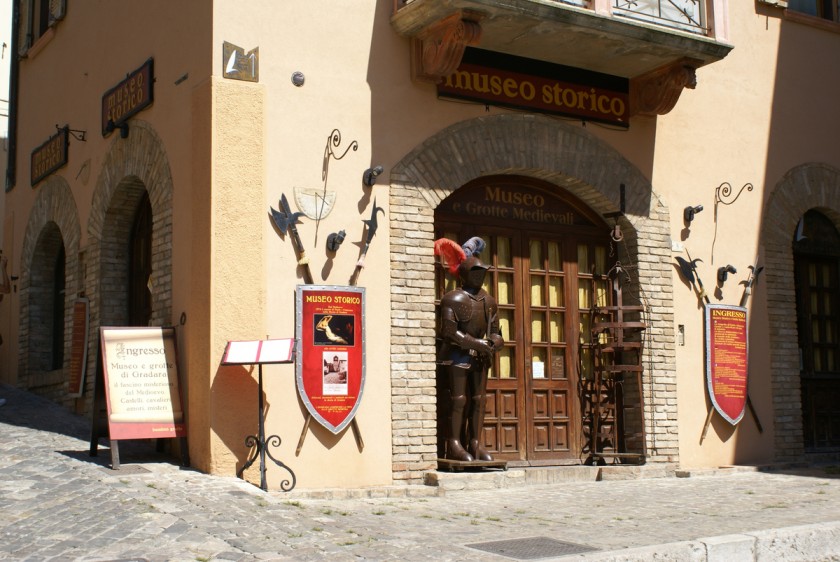 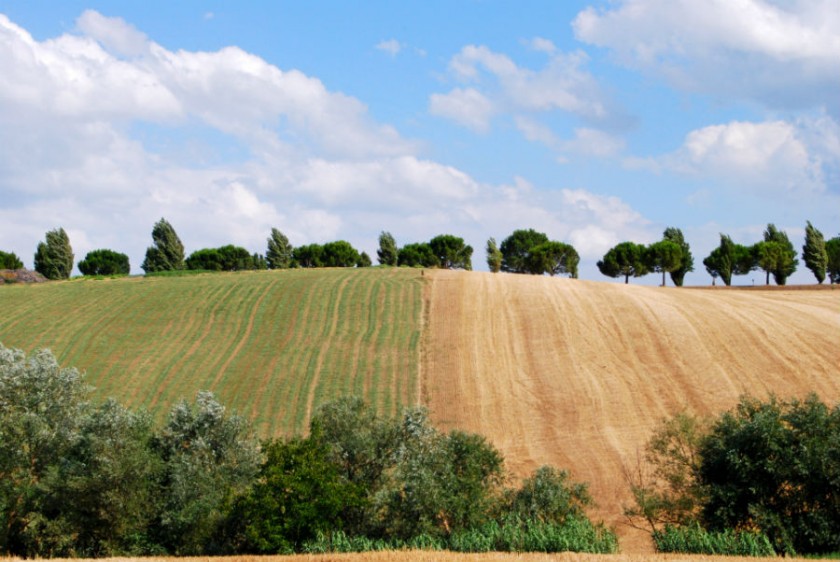 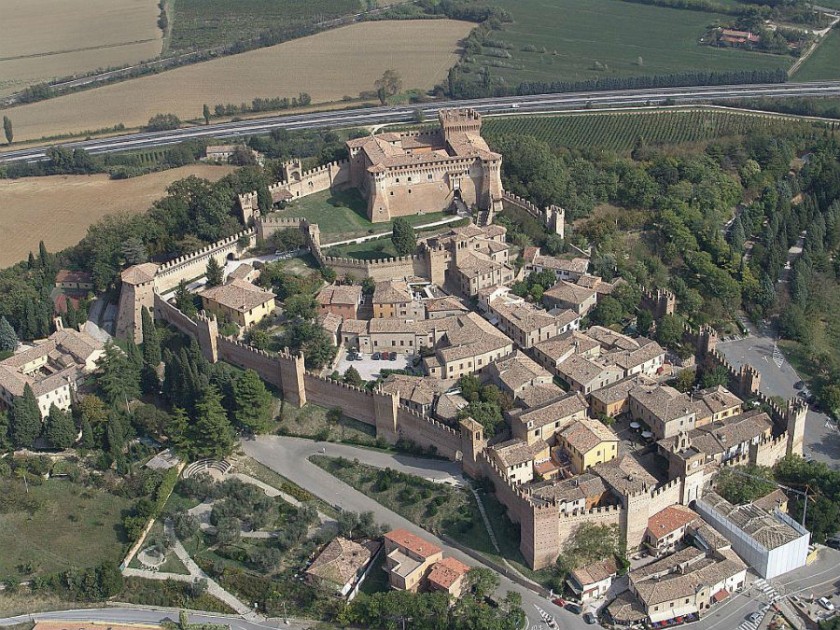 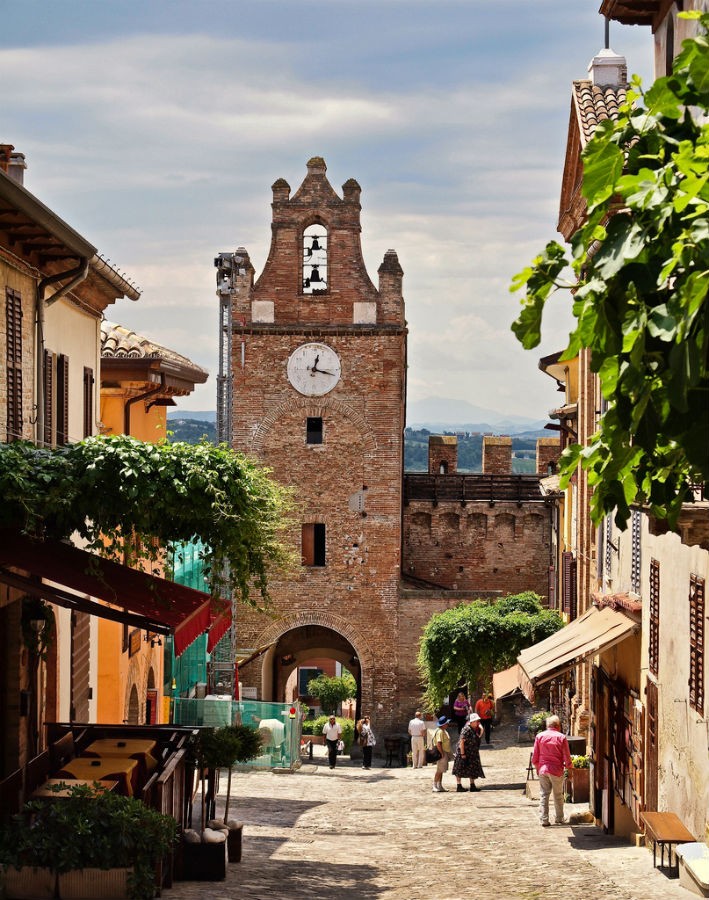 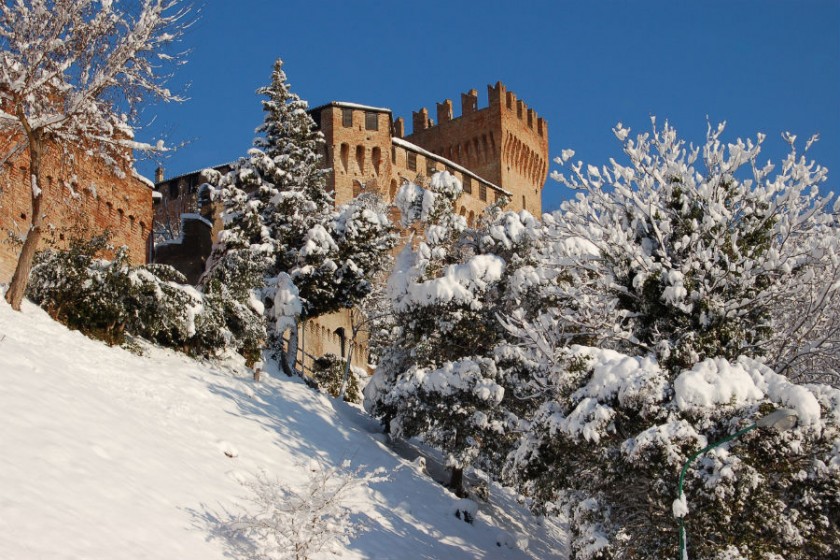 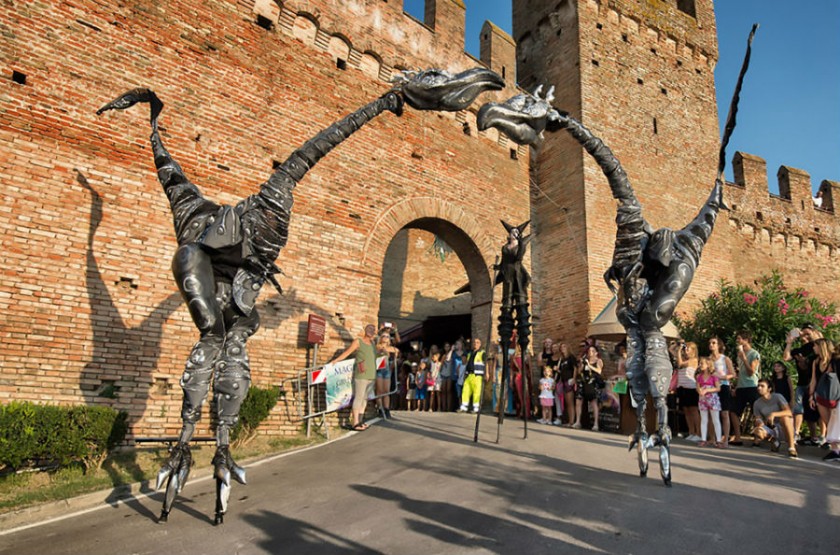 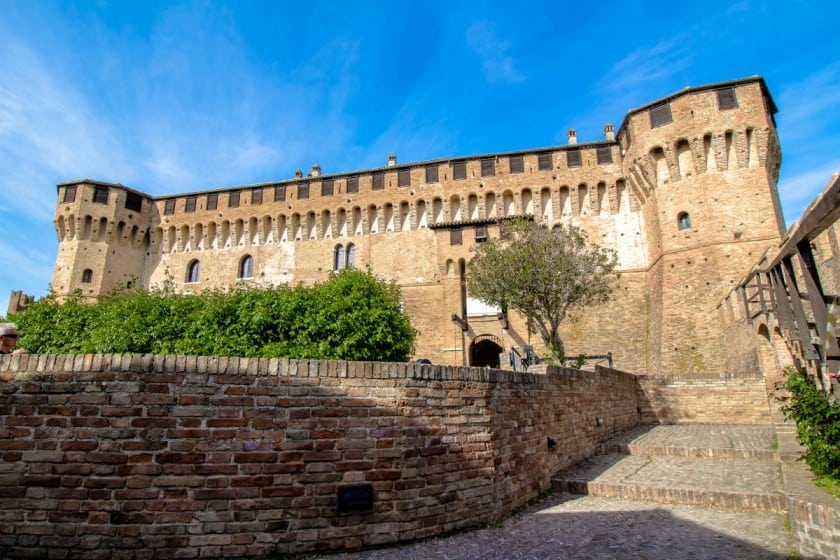 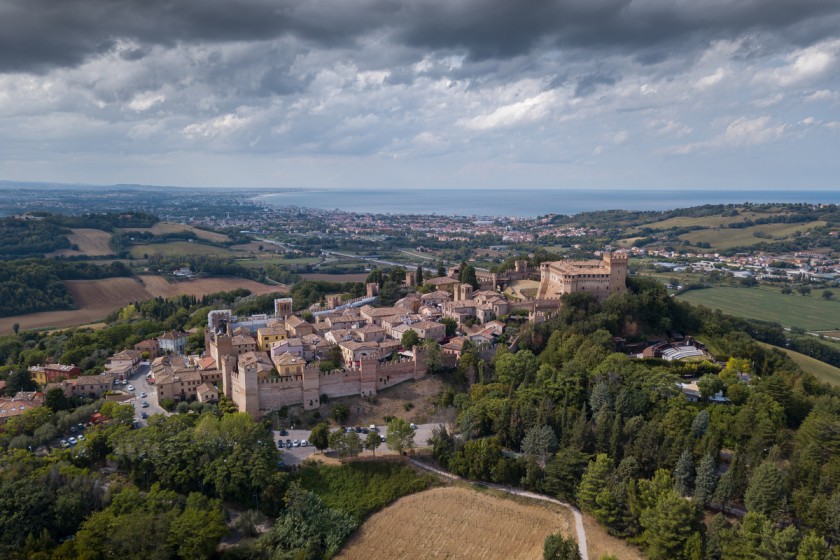 A look at Gradara 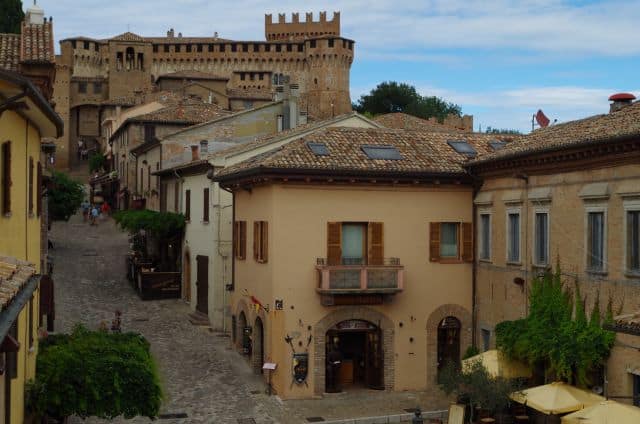 The town of Gradara has been proclaimed "Borgo ...
Francesco Santelli - e-borghi Community 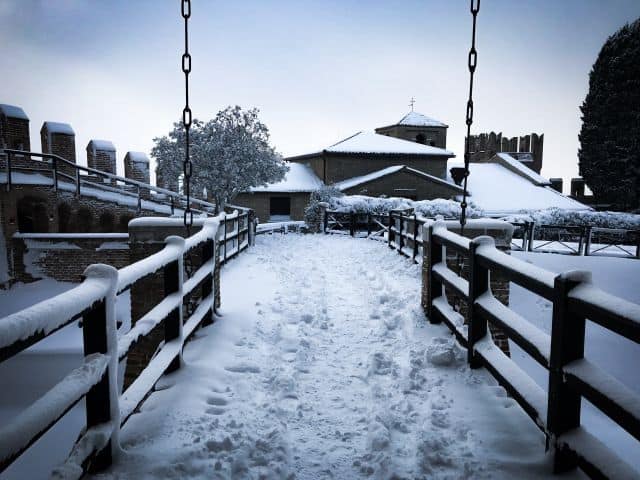 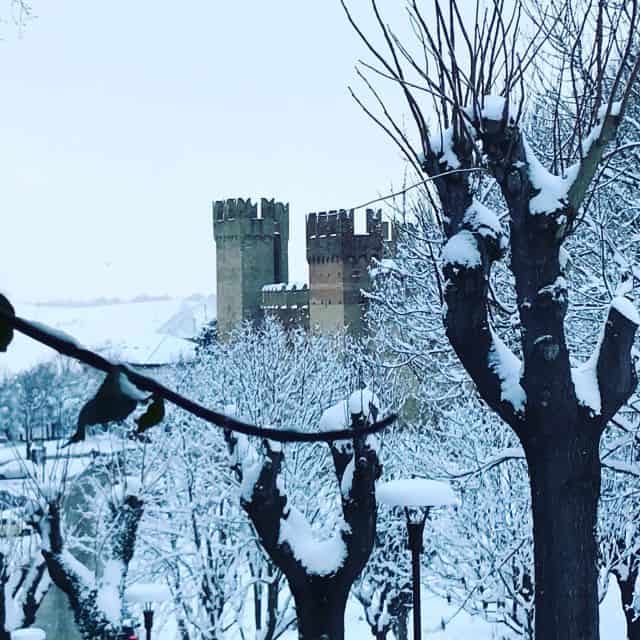 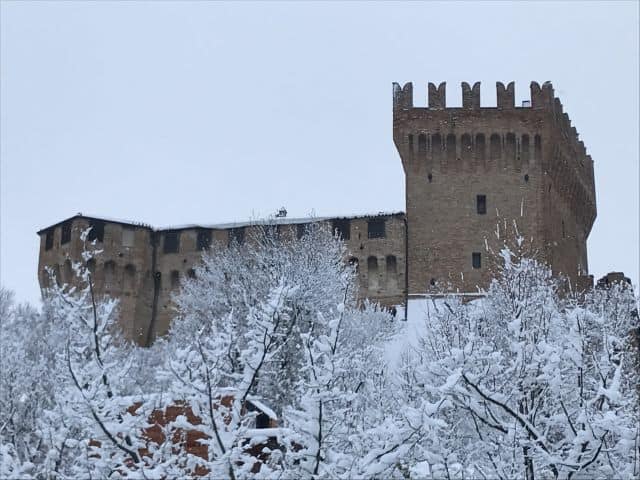 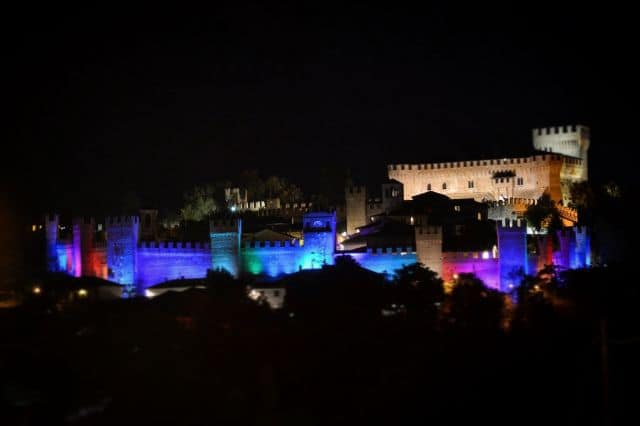 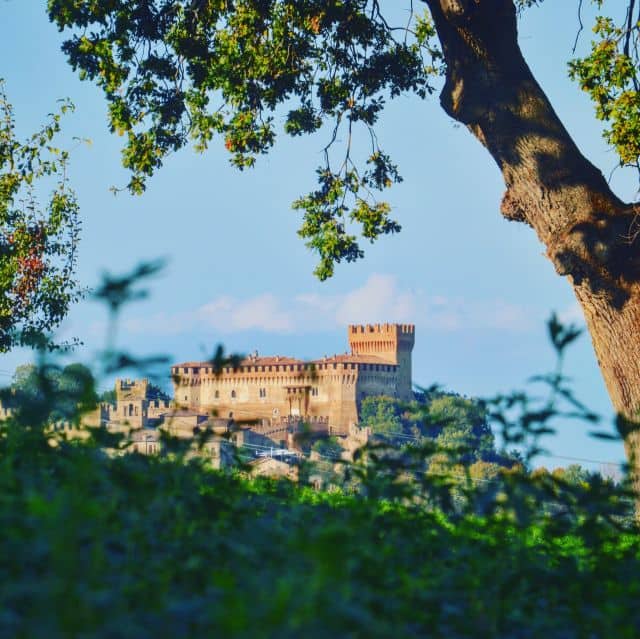 The village of Gradara is located in the Marche Region. Located in the hinterland between Marche and the Riviera romagnola, not far from the sea and with a nice hilly landscape - extreme offshoot of the Apennines. It is especially known for its historic Malatesta Fortress, which together with its fortified village and its walls represent a characteristic example of medieval architecture, fruit of a careful restoration implemented at the beginning of the XX century.

The ancient history of Gradara is closely linked to the vicissitudes of its castle, subject over the centuries to the domain of families Malatesta, Sforza, Della Rovere and Moscow. According to legend, it found the death Paolo Malatesta and Francesca da Polenta, killed for jealousy by his brother Paul, Gianciotto Malatesta.

The borgo, perfectly preserved in its interior is a jewel of which the inhabitants take care with the pride and awareness to be privileged to live in this little corner of paradise. Flowered balconies, scented pergolas and green corners are the path that leads the visitor to the second wall that surrounds the fortress.

Piazza Giovanni della Rovere, 61040, Mondavio (Pesaro e Urbino)
33.61 Kilometers from Gradara
Civic Tower
All that remains of the old castle is the 15th-century municipal tower, located in a charming lit...

Via Farneto, 1 - 61012, Gradara
Agriturismo Il Sentiero
Located in the middle of the hills of Montefiore Conca.

Via Giovanni XXIII, 1 - 61021, Frontino (Pesaro e Urbino)
37.51 Kilometers from Gradara
Villa del Cucco
Located in the hills of the Metauro Valley near Fossombrone, in the province of Pesaro and Urbino...

Via Caracciole snc, Fossombrone (Pesaro e Urbino)
33.71 Kilometers from Gradara
Cà le Cerque
A lovely villa nestled in the typical hilly landscape of the Marche region in the village of Foss...

Via Antonio Cecchi, 12, Fossombrone (Pesaro e Urbino)
31.65 Kilometers from Gradara
B&B Casa Sponge
B&B Casa sponge is a small corner of tranquility and art immersed in the hills around the Pergola...

Via Mezzanotte, 84, Pergola (Pesaro e Urbino)
43.37 Kilometers from Gradara
= distances as the crow flies
Bar Ex Corpo di Guardia
This historical bar is your chance to go back in time and to live an amazing experience into the ...

Our news about Gradara