Share
Zavattarello is located in the area of Northern Italy called "Four Regions", because it is the meeting point of: Lombardy, Piedmont, Emilia Romagna and Liguria. Small medieval village in the Oltrepò Pavese, it consists of a central core dominated by the Dal Verme Castle. 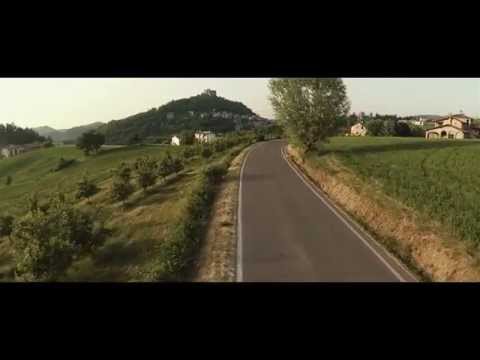 Zavattarello is a small medieval village located in Oltrepò Pavese, in Lombardy. Since ancient times in a strategic position, the village is situated in the area of Northern Italy defined "Four regions", because the point of encounter of four regions: Lombardy, Piedmont, Emilia Romagna and Liguria. These valleys are united by traditions and typical dishes and historical events.

Now it is known that the name "Zavattarello" derives from the craft more practiced in the Middle Ages, that of ciabattini: in fact the vulgar savatarellum indicates exactly where slippers have been handmade (savatte).

The village is made up of a central nucleus dominated by the castle Dal Verme, where the houses have maintained the patina of the centuries: it is the ancient village of medieval and that the villagers call "on the inside" because in the past it was surrounded by strong defensive walls. More under develops the new country, cut from the provincial road that joins the SS412 of Valtidone to SS461 of the Penice.

The characteristic old country lying around the castle is accessed from Piazza Luchino Dal Verme, passing under the stone arch of a tower of medieval input. It should be noted this tower is the entrance arch in sandstone. Other three towers as this constituted the defensive system of the "On the inside", together with the walls of the fortified walls, still in part visible from the outside of the village. That today appears as a narrow lane was at one time the town main street, leading up to the castle at the top of the hill. On the left, exceeded this "voltone", you see the "guard", a narrow compartment is intended to accommodate the squires of sentry. The first track which climbs to the right after a building renovated which was the seat of the district prisons of the nineteenth century, is the vicolo dell'Abate, one of the most picturesque of "On the inside". His name is due to the ancient presence of a monastery.

The visit to the old country can reserve pleasant discoveries: to the attentive observer will not fail to note, above the door jamb in sandstone of an ancient house, a tile in terracotta depicting a Madonna with Child, a valuable work of an unknown artist from the seventeenth century. Under this tile, at the center of the architrave of the entrance, is carved a characteristic cross, which is also found on other lintels of doors and windows of the oldest houses in the village. Even the more recent part of the country has attractions. The main square, surrounded by the typical stone houses in view, is dominated on one side by a big nineteenth-century palace: in origin the dwelling place of the Dal Verme, became in the seventies the municipal headquarters, then the middle school, and now houses the municipal library and the seats of the associations of the territory. Higher up on the right side before the carriage road that leads to the castle, an imposing seventeenth-century building housed the pretura and prisons in use up to the middle of the Nineteenth Century. At the entrance of the square meets the fourteenth-century Oratory of San Rocco. It was originally part of a Cistercian monastery unfortunately now disappeared, whose buildings included probably also the current town hall. The high altar has a superb 17th-century altarpiece in gilded wood that Ambrogio Corona (in "Zavattarello pearl of the Oltrepò") has defined "a masterpiece of baroque art".

The parish church of San Paolo is almost to the edges of the country in the direction of Varzi, on a small hill that the latest research say was the seat of an ancient pagan shrine. Precisely by the divinity venerated, Saturn, seems to derive the most ancient name of Zavattarello Sarturanum. The current appearance of the Church is that of the Sixteenth Century remake, even if the building seems to be the most ancient of the castle. In fact precisely in this church stopped the monks of Bobbio in 929 during their trip to bring the relics of S. Columban to Pavia, along the route known as the Via Santi Colombani. Remarkable, behind the building, the octagonal cemetery from the seventeenth century, which also houses the tombs of the family of the Counts Dal Verme. A little later, along the provincial road, you will meet the "Warehouse of memories" Museum, which through a path of daily life allows the discovery of over a century of traditions: a cultural heritage that has its roots in the mists of time and is testimony to the long, rich, painful story of work and in the toil of man. Not to be missed are the educational activities and initiatives for young and old alike.

Zavattarello is the ideal place for lovers of peace and silence as for those who are looking for a place alive from the rich cultural offer and entertainment.

Via di Dentro, 9, Varzi (Pavia)
7.41 Kilometers from Zavattarello
Reds' Church
The Reds' Church is located in the village of Varzi in Lombardy.

Via di Dentro, 2, Varzi (Pavia)
7.43 Kilometers from Zavattarello
Capuchins' Church
The Capuchins' Church, dedicated to San Germano, is located in the village of Varzi, in Lombardy.

Piazzetta della Chiesa, 1, Fortunago (Pavia)
8.68 Kilometers from Zavattarello
The Sanctuary of Santa Maria in Monte Penice
Place in a particularly panoramic place, from its large square you can enjoy a wide view not only...

Strada del Torrino, 1/3, Bobbio (Piacenza)
14.53 Kilometers from Zavattarello
Capuchins' Church
The Capuchins' Church, dedicated to San Germano, is located in the village of Varzi, in Lombardy.

Via Cappuccini, 1, Varzi (Pavia)
7.85 Kilometers from Zavattarello
Reds' Church
The Reds' Church is located in the village of Varzi in Lombardy.

Via San Nicola 11, Bobbio (Piacenza)
14.77 Kilometers from Zavattarello
Bar Pasticceria Davico
The pastry's war-horse are the brioches filled with handmade creams with special flavours such as...

Piazza Duomo 10, Bobbio (Piacenza)
14.85 Kilometers from Zavattarello
Bocù – Bottegacucina
BOCU’, in the village of Garbagna, is a restaurant with daily culinary proposals, inspired by the...

Zavattarello: discovering the "honey village"
A castle cloaked in gloomy legends, a lush park and many bees: these and many others are the ingredients that make up the soul of this village of Pavia located in the heart of the lush and unspoiled Val Tidone.In Zavattarello time stopped when the streets of the village resounded with the sounds of the cobbler who made shoes or the beekeepers who produced the tasty honey that still makes Zavattarello famous throughout Lombardy and beyond. Zav...
Continue
Trains of desires towards lake and among the villages
Spring are closing in and the desire of out-of-town sundays grows, better if spent on a historic train, with different final destinations. Lake Iseo, for example, also with a ride on a boat or tasting the typical products of the Lombard tradition. All this is possible from May until December with the Italian Touristic Railways (F.T.I.) with the Lombard sections of Lower Sebino Railroad and Camuna Touristic Railroad, in collaboration ...
Continue
Medieval Ferragosto at the court of Peter the Verme
Like every year on August 15 and 16, the Zavattarello Castle Verme will re-evoke its historical past and organize an event to commemorate Chiara Sforza's engagement with the most famous inhabitant of the castle: Pietro dal Verme. Throughout the event you can plunge in 15th century and experience two days of great party with ladies and knights, artisans and courtiers, who will animate the village with reenactment of battles, dances, medieval games and much more ... During these two days, Piazza Verme will b...
Continue