Share
The village stands on the slope of the mountain from which you can see the ancient Tindari, in an enchanting natural scenery downstream of an imposing spur of rock, the Rocca Salvatesta, which reaches 1340 m. The small huddled houses, the texture of alleys and alleys sometimes surmounted by arches, the decorations of the facades, the elegance of the buildings, the sumptuousness of the churches give charm to a medieval urban layout.

A look at Novara di Sicilia 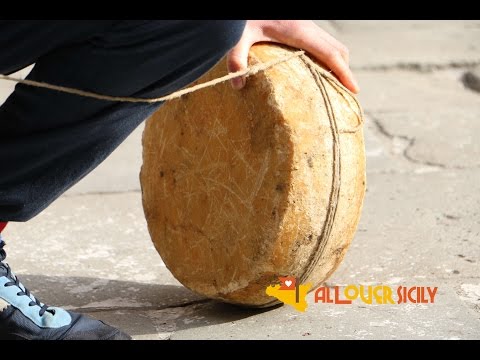 Video by All Over Sicily Blog

Novara di Sicilia (Nuè in dialect galloitalico; Nuarra in Sicilian) is located on the border between the Monti Nebrodi and Peloritani mountains. The findings in contrada Casalini and the rudimentary dwellings dug into the rock Sperlinga document the existence of a complex mesolithic. The ancient Roman city of Noa is mentioned by Pliny, that calls its inhabitants "noeni". In the IX century the Saracens build a castle that becomes the new center of civil life by replacing the one in the current contrada Casalini, lived up to all the Byzantine era. Around 1061-72 sits a Lombardi colony of Catholic religion with the Latin rite, probably in the places in which rises the current country.
In 1171 founded by Sant'Ugo, under the reign of King Ruggero II, the abbey of Santa Maria Nucaria, first Cistercense building in Sicily. In the XIII century was built a fortified structure by Ruggero di Lauria; in 1298 the town of Novara is already censured as castrum Nucariae. The XIV century, the earth and the castle are in the possession of the family of Norman origin Palizzi in people of Nicolò 1299 and Matteo in 1337 and then of Vinciguerra d'Aragona in 1364 under the reign of Frederick IV of Aragon. In the XVII century the village reaches its maximum development.

The village is situated on the slope of the mountain from which one sees the ancient Tindari, in an enchanting natural scenery downstream of an impressive rock spur, La Rocca Salvatesta, which reaches 1340 m. The small houses affastellate, the texture of alleys and narrow streets sometimes surmounted by arches, the decorations of the facades, the elegance of the palaces, the sumptuousness of the Churches give charm to an urban structure of the medieval imprint.

The streets, mostly paved with cobblestones squeezed between two longitudinal rows of local sandstone, contribute to enhance the architecture of the historic center. The sandstone was used in civil construction and with elaborations of great merit in the religious ones, where there are also many architectural elements made of cipolin, another local stone, red marble. The use of stone, that the territory emerges a little everywhere, testifies to the importance of the art of the stonemason you tramandava from father to son, until the unfortunate arrival of cement (but today the noble profession is resumed with good results).

The ancient castle, which today remains the ruins, was situated on a cliff overhanging that preserves unchanged its beauty, even if the top of the hill was not protected by thoughtless building interventions. From the top you can enjoy the amplitude of the valley that descends toward the sea: pushing the gaze up to the horizon you can see the Aeolian islands.

Certainly deserves a visit to the Abbey of Santa Maria di Novara.

There is an ancient dialect gallo-Italico. The inhabitants of Novara are in fact descendants of the settlers and soldiers from northern Italy and the south of France that settled in these areas with the Norman conquest of Sicily.

The traditional dish of the feast of Mid-august is pasta 'Ncasciada seasoned with veal sauce and castrated, crumbled meatballs, aubergines, egg and breadcrumbs.Another typical dish from the beautiful name of Lempi and trori (lightning and thunder), is prepared with beans, chickling vetch, maize, lentils and wheat boiled and then seasoned. For robust mountain appetites there are the frittui, pork mixed with lard, boiled together with pork rind, tripe, lung, heart and liver of the same pig.

History
The Majorchine Game, so called from the local cheese, dates to the beginning of the Seventeenth century and was practiced in the Nebrodi and Peloritani mountains' area. Currently only survives in Novara di Sicilia. the origin of the tournament dates back to the tradition of the dairymen who, to check the seasoning of the forms, until a century ago had as the only possibility to make them roll on the road, to testify its resistance. On the occasion of the game, is set up a veritable sheepfold with the pastors who wear characteristic garments and prepare the ricotta and the tumma cheese which are then distributed to the participants.

Rules
The launch of the Majorchine consists in launching a whole cheese weighing ten kilos, levering on the support foot stationary on a point marked, without the rush. During the launch, the cheese is free of lazzàda (the shoemaker twine in which is rolled), jumps and turns on itself in an unforeseeable way. Divided into two teams, players battle it out two by two along the path. Wins the team that, at equalà Lanci, va più away. In the case you broke the Majorcan during the race, it marks the point where it stops the most great workpiece and the player uses another form. A contingency that did not regret to the public, whatì has a way to enjoy this delicious pecorino.

the Municipality is part of:
I Borghi più belli d'Italia
Città dei sapori

Via Vittorio Emanuele, 3-9, Floresta (Messina)
20.88 Kilometers from Novara di Sicilia
Laurel's Cave
The Laurel's Cave is located inside of the massif of the Rocche del Crasto in Alcara li Fusi, in ...

Via Vittorio Emanuele, 3-9, Floresta (Messina)
20.88 Kilometers from Novara di Sicilia
The Castle of Brolo
ll Castello del borgo di Brolo, in Sicily, goes back to the X century A.D. and is located on a pi...

Piazza Duomo, 7, Montalbano Elicona (Messina)
10.60 Kilometers from Novara di Sicilia
Hercules' Temple
the greek temple of Hercules in the village of San Marco d'Alunzio, in Sicily, dates back to the ...

Feast of the Assunta

Visit Sicily and the Egadi Islands by ferry? Here are the easiest villages to reach
Taking a ferry to visit Sicily or the Egadi Islands is undoubtedly a way to enjoy these places in comfort. With departures from Genoa, Livorno, Civitavecchia, Naples, Salerno, Vibo Valentia, Reggio Calabria, Cagliari or even from Tunis, discovering the land of Trinacria has never been so simple. By relying on some online portals we will have the opportunity to choose the best ferries and destinations with just one click to better plan our holi...
Continue
Messina Swordfish Rolls
Messina Swordfish Rolls are a tribute to Neptune and represent a tasty second course with the advantage of being cooked in a short time: between preparation and cooking, in fact, it takes more or less twenty minutes. Protagonist on the tables throughout the year, this second course is ideal in spring and summer and accompanies the discovery of the amazing villages of the province of Messina, for example Milazzo, then Brolo, or Montalbano Elicona or Alcara li Fusi. Finally, from a nutritional point of view, swordfish has excellent meat and...
Continue
The Recipe: Sicilian cannoli
Sicilian cannoli’s name derives from river canes to which the shell was rolled up during the preparation since a few decades ago and it is one of the typical pastries of Italian confectionary. Ingredients FOR THE DOUGH: Rice flour 800 gr Cornmeal 200 gr, cornstarch 300 gr, xanthan gum 10 gr Granulated sugar 120 gr Unsweetened cocoa powder 15 gr, baking powder 15 gr Mars...
Continue