Share
Tourist destination and ideal starting point for the Aeolian Islands, the Nebrodi and Tindari Park, the cultural heritage of Milazzo is based on the presence of churches, convents, monasteries and noble palaces. The most important monument of the city is the Castle of Federico II: a national and European Union asset, it covers an area of over 7 hectares, it constitutes a real citadel. 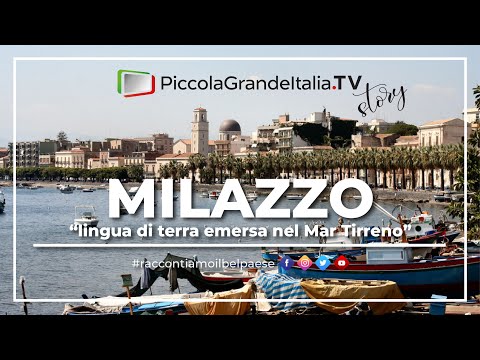 Feast of Wizards and Witches

Milazzo, in Sicily, is placed between the two gulfs, the Eponymous to the east and that of Patti, to the west, in a strategic place of north-eastern Sicily. Tourist destination and is the ideal point of departure for the Aeolian Islands, the Parco dei Nebrodi and Tindari. The name of the city appears to be tied to that of the river Mela that, until the second half of the Sixteenth Century, ended in the natural harbor and characterizes all the hydrology of alluvial plain at the foot of the Monti Peloritani. The origin of the idronimo is to be found in Akkadian "melu" or "milu", with the meaning of "river that occasionally flows".

The monumental heritage received, constituted by churches, convents and monasteries, and palaces, testifies to the formation of the implant of the primitive village between the XV and XVIII century. The increase in population, the growing urban development, the need to acquire new spaces, a relative safety due to the lessening of the attacks of the barbarians or pirates thanks to new defensive systems, the exercise of fishing activities and the seafaring in general, leads to the establishment of settlements and working places outside of the perimeter of the walled city. On the road north - south and eastwards arise settlements outside the walls which give rise to the primitive ancient village of Milazzo. The offshoots of constituting borgo reach the slopes of marine Levante and Ponente due to the intensification of fishing activities while further south are concentrated in the port activities and commercial that perpetuate the millenary traditions of the population Milazzese. The equal of the Arabs in the work of the urbanization unconsciously are destroyed or covered or uncovered or partially remodulated interesting settlements of various eras. The most important monument of the town is the castle of Frederick II: good national and European Union, extends over an area of over 7 hectares, constitutes a veritable citadel. The first fortifications are datable to the intervention romano-Byzantine, with a castrum. In 843 the arabs gave life to the first nucleus of today's castle, on the ruins of the old dominations. Subsequently, the Normans and Swabians, added other structures, the Aragons it went along the defensive system, the Spaniards the encircled with a mighty walls. Particularly interesting is a stylized drawing the lava stone in a corner of the medieval walls. Become fortified citadels, in 1860 was the last of the bourbon bastion before the conquest of Messina by part of the Thousand of Garibaldi.

founded by Greeks of Zancle (Messina), Milazzo was inhabited already before starting from 4000 B.C. (Neolithic age). Mylae became independent from Zancle until 550 B.C. In 427 B.C., it was besieged by the Athenian Lachete. After successive and numerous historical events that saw contention, the city was subtracted to Mamertini, in 270 BC, from Syracuse Gerone II emerged victorious from a difficult battle fought in "Fields Milesi". In 260 B.C. the waters of Mylae again became the scene of battles, with the outbreak of the first punic war, which saw the triumph Navale di Caio Duilio on the army of the Carthaginians of Hannibal boat. This allowed the emergence of Roman hegemony on the sea. In 36 B.C. came a further decisive battle between the Emperor Octavian and Sextus Pompey. The city became an important naval base, so much so that the Roman Emperor granted the civic recognition with Aquila and with the motto "Aquila imposita seas- Sexto Pompeo exceeded". Under the dominion of the Byzantines, Milazzo was among the first episcopalian seats of Sicily. With its espugnazione occurred in 843 by Fadhl Ibn Giafar, began the Muslim domination. During this period was put at the head of a new territorial constituency called "Vallo di Milazzo" and became a thriving agricultural and commercial center. In 1101 it was occupied by Ruggero d'Altavilla or the Norman, was incorporated into the royal property and saw the enhancement of the important castle by Frederick II of Swabia and Alfonso V of Aragon, inserted between the "castra exenta" under the direct jurisdiction real. The ancient Vallo di Milazzo it took the name of "Comarca of Milazzo" with a power reserved to the civic magistrates, military and judicial process that lasted until the XVIII century. In the war of the Vespro of 1282 Milazzo was alternately occupied by the two sovereigns contenders Charles I of Anjou and Peter of Aragon. In the last months of 1295 was held the meeting of the real House of Sicily convened by Frederick III of Aragon, to evaluate the betrayal of the Brother Giacomo who undertook to divest, after having chased the brother, the entire island to Charles I of Anjou. Increased importance and again enhanced by imposing fortifications for opera of Spaniards, was several times the seat of the Viceroy and the lieutenants of Sicily. Had numerous privileges civil, military and economic thanks to the Spanish monarchs, but already had previously by Frederick of Swabia, Frederick of Aragon, James II of Aragon, Martino II and Alfonso V.In 1523 the viceroy Ettore Pignatelli there overwhelmed the conspiracy against the crown of Spain promoted by the brothers Emperor; in 1539 there he found refuge the viceroy Ferdinando Gonzaga by popular revolt of Messina. Vain assailed in July 1544 from the barbaresca army of Hajreddin Barbarossa, in August 1571 was chosen to Don John of Austria as a center for gathering and boarding of the quota-siculo spanish aggregated to the Christian army at anchor in Messina and next to achieve the victory over the Turks at the Battle of Lepanto. The latest leaps of the spanish dominion died in 1713 when the sovereignty of Sicily passed to Vittorio Amedeo II of Savoy. During the uprisings of the risorgimento 1848 Milazzo was at the center of the events linked to the siege and the heroic defense of Messina. On 20 July 1860, Giuseppe Garibaldi, crowned with the bloody battle won on Bourbon, laid the foundation for the liberation of the whole Southern Italy and for the fulfilment of national unity. With the advent of the Kingdom of Italy, the city lost its strategic importance - military and the Castle in 1880, on national order, was downgraded from real stronghold a prison.

The Municipality is part of:
I Borghi più belli d'Italia - Honorary Guest
Sea Villages
City of wine
The Wine Road of the province of Messina

Via Vittorio Emanuele, 3-9, Floresta (Messina)
40.21 Kilometers from Milazzo
Laurel's Cave
The Laurel's Cave is located inside of the massif of the Rocche del Crasto in Alcara li Fusi, in ...

SP 161 bis, Alcara Li Fusi (Messina)
50.33 Kilometers from Milazzo
Hercules' Temple
the greek temple of Hercules in the village of San Marco d'Alunzio, in Sicily, dates back to the ...

Piazza Duomo, 7, Montalbano Elicona (Messina)
29.70 Kilometers from Milazzo
Abbot Fountain
the Abbot Fountain is located in the historical center of the village of Alcara li Fusi, in Sicily.

Piazza Abate, 31, Alcara Li Fusi (Messina)
52.03 Kilometers from Milazzo
The Castle of Brolo
ll Castello del borgo di Brolo, in Sicily, goes back to the X century A.D. and is located on a pi...

Visit Sicily and the Egadi Islands by ferry? Here are the easiest villages to reach
Taking a ferry to visit Sicily or the Egadi Islands is undoubtedly a way to enjoy these places in comfort. With departures from Genoa, Livorno, Civitavecchia, Naples, Salerno, Vibo Valentia, Reggio Calabria, Cagliari or even from Tunis, discovering the land of Trinacria has never been so simple. By relying on some online portals we will have the opportunity to choose the best ferries and destinations with just one click to better plan our holi...
Continue
Messina Swordfish Rolls
Messina Swordfish Rolls are a tribute to Neptune and represent a tasty second course with the advantage of being cooked in a short time: between preparation and cooking, in fact, it takes more or less twenty minutes. Protagonist on the tables throughout the year, this second course is ideal in spring and summer and accompanies the discovery of the amazing villages of the province of Messina, for example Milazzo, then Brolo, or Montalbano Elicona or Alcara li Fusi. Finally, from a nutritional point of view, swordfish has excellent meat and...
Continue
The Recipe: Sicilian cannoli
Sicilian cannoli’s name derives from river canes to which the shell was rolled up during the preparation since a few decades ago and it is one of the typical pastries of Italian confectionary. Ingredients FOR THE DOUGH: Rice flour 800 gr Cornmeal 200 gr, cornstarch 300 gr, xanthan gum 10 gr Granulated sugar 120 gr Unsweetened cocoa powder 15 gr, baking powder 15 gr Mars...
Continue