Share
Sea, nature and archeology make Metaponto one of the most popular destinations in Basilicata, which in this point of its territory totally changes its "face". The winding roads and barren landscapes give way to vast areas of Mediterranean scrub and suggestive pine forests that border on the golden beaches bathed by the crystal clear waters of the Ionian Sea. 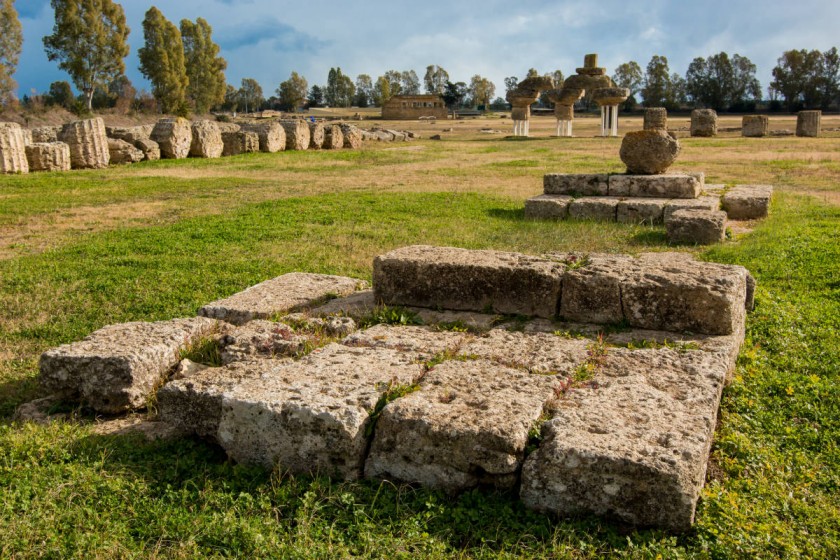 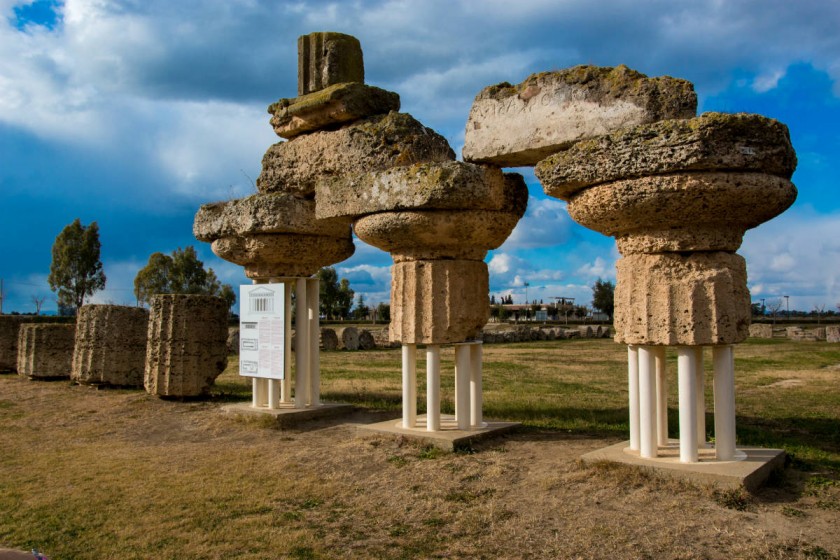 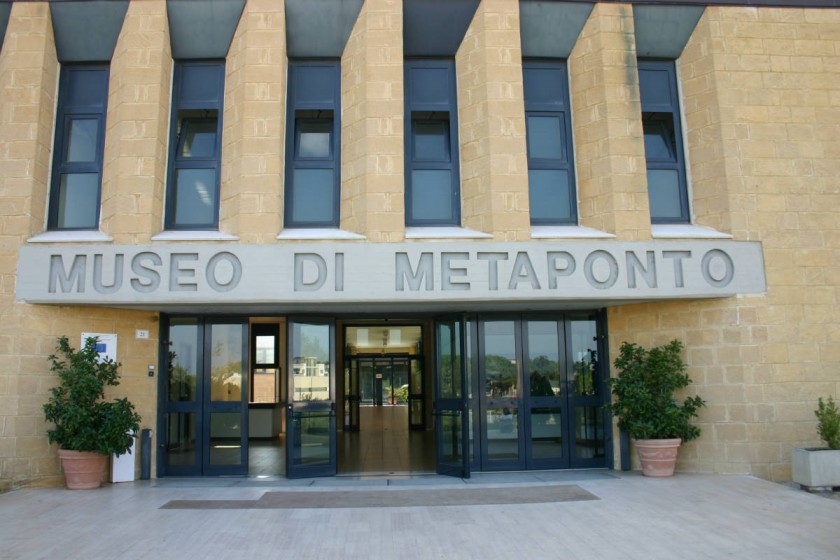 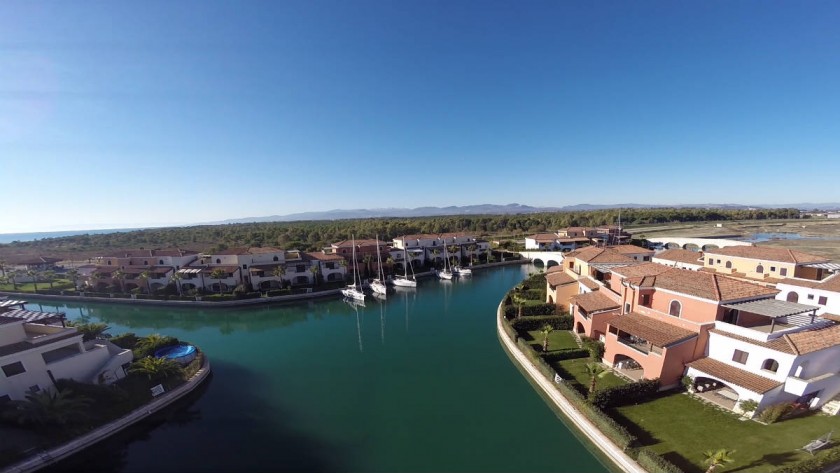 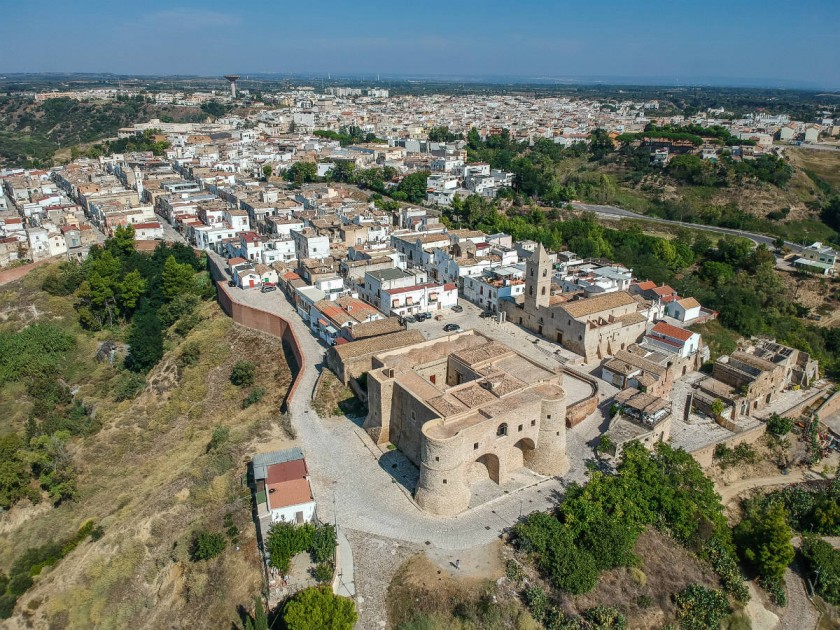 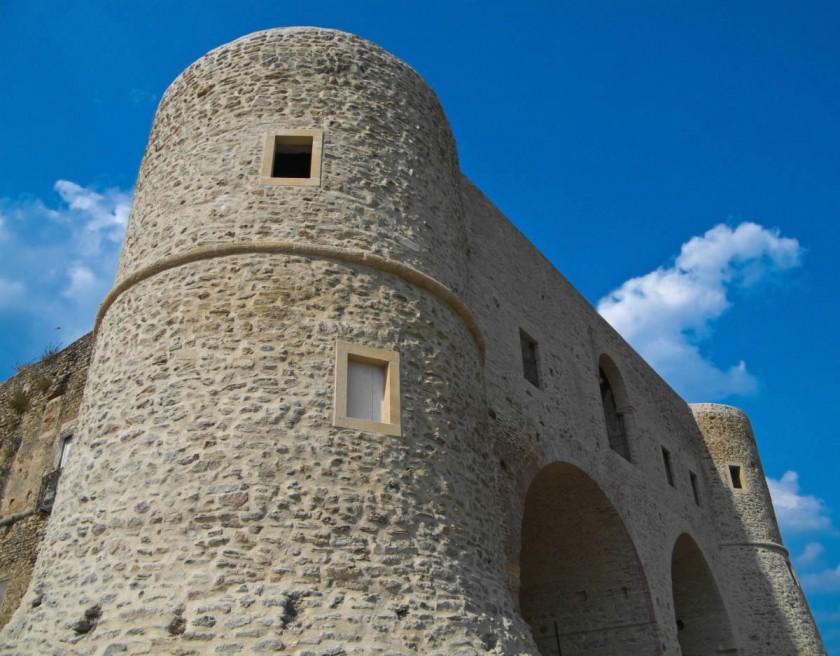 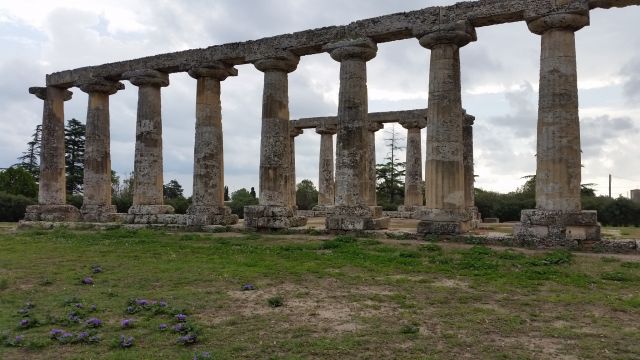 Metaponto rises on the plain to which the city itself gives its name, the Metapontino, between the Bradano and Basento rivers, and is one of the most important seaside resorts on the Ionian coast of Basilicata.

Metaponto was founded by Greek colonists from the Achaia, in the second half of the 7th century BC, whose name means "beyond the sea", becoming very soon one of the most important cities of Magna Graecia.

The figure of Pythagoras is linked to Metaponto, who lived and worked until the end of his days in 490 BC, founding one of his schools.

The real development of the town lies between the second half of the sixth and the first half of the fourth century BC, while in Roman times it experienced a period of great decline.

Its economic wealth came mainly from the fertility of its territory, evidenced by the ear of barley that was depicted on the coins of Metaponto and which became the very symbol of the city and which it sent as a gift to Delphi.

A short distance from the modern village is located the archaeological area of Metaponto with its ruins among which the famous Tavole Palatine and the National Archaeological Museum of Metaponto.

Not only culture, archeology and the sea, the Ionian coast is also a sport to practice by taking advantage of the extraordinary natural and landscape resources it offers.

Metaponto is the ideal place for lovers of walking and horseback riding, even on the beautiful golden beaches that characterize this point of the Ionian coast.

Fans of outdoor activities can let themselves go by bike or by boat, as well as guided tours of the vast expanses of the Mediterranean maquis.

The Municipality is part of:
Città bio

Via Cristoforo Colombo, 33, Policoro (Matera)
21.11 Kilometers from Metaponto
Norman Castle
The Norman Castle of Montescaglioso, to which the church of Santa Caterina is annexed, was built ...

Via Salita Castello, 18, Valsinni (Matera)
38.71 Kilometers from Metaponto
Norman Tower
The Norman Tower in San Mauro Forte, in a dominant position in the center of the square, is what ...

Via Santa Caterina, 75024, Montescaglioso (Matera)
23.13 Kilometers from Metaponto
= distances as the crow flies

Find where to sleep in Metaponto

Travel proposals in Metaponto and in its territory

Wines and typical products from Lucania: a tasting tour not to b... - from 20 €
An itinerary to discover the flavors of Basilicata, from its wines to typical Lucanian products
Travel proposal valid until: Thursday 14 december 2023
2 hours | Valid all year round

Our news about Metaponto

Christmas vacation... with flakes
In the mood for gifts? Instead of the usual box to openwe can give ourselves a relaxing break to discovernew corners of our wonderful Italy Christmas is approaching and people are starting to think about gifts: if those for friends are an exchange of small thoughts when it comes to the dearest people - close family members and partners - the choice becomes more complicated. So why not think of something alternative, a gift that is an experien...
Continue
Metaponto, Cerveteri, Volterra and Populonia: discovering some of Italy's most beautiful archaeological sites
Italy is a country with an ancient history that goes well beyond the glorious Roman civilisation, reaching times when Greek and Etruscan settlers alternated on Italian soil. It is to these peoples that some of Italy's oldest and most fascinating archaeological sites are linked: Populonia, Cerveteri, Metaponto and Volterra. Metapontum and Cerveteri In the 7th century BC, the Achaeans arrived in southern Italy. They were a Greek people who fou...
Continue
What to see and what to do in Metaponto Lido
Basilicata as well as other regions of Italy is a land rich in history and culture, crossed by the ancient Greeks and Romans and enriched by the Gothic and Romanesque styles that will leave you breathless. The village of Metaponto has very ancient origins, since 1950 is a hamlet of Bernalda in the province of Matera and the inhabitants have been able to preserve and pass on the beauty of the place, starting with the castle built in 1060 ...
Continue
Matera 2019 is now around the corner. But there's not only Matera
An area dotted with rock churches, suggestive places such as the lake produced by the San Giuliano dam and villages: Miglionico with its castle, Ferrandina, Bernalda with the archaeological beauties of the Metaponto marina, the Greek Heraclea (today Policoro) and Grassano , where Carlo Levi was confined before going to the Aliano dei calanchi.But it is above all on Irsina, Montescaglioso and Miglionico that we want to attract your at...
Continue
Kalidria Hotel & Thalasso Spa, set in the Etra Reserve and among the Apulian seductions
The surprise and wonder start with the environmental context: the location, in fact, is within the biogenetic reserve of Stornara in which a lush pine forest of Aleppo becomes the trait d'union with a pristine beach, five kilometers long. We are at the Ethra Reserve complex - already known as Nova Yardinia -, profoundly redesigned and renovated, with expanded facilities and redeveloped greenery: everything has been designed to offer guests an ...
Continue