Share
In the heart of the Marche region, in the middle of the expanse of Maceratese hills, stands the medieval village of Montecassiano, enclosed by high walls, it dominates the valley of the Potenza river. The walls are well preserved, but of the ancient medieval gates only Porta San Lorenzo remains, which opens towards the east, the main access door to the village and the only one since the end of the nineteenth century. 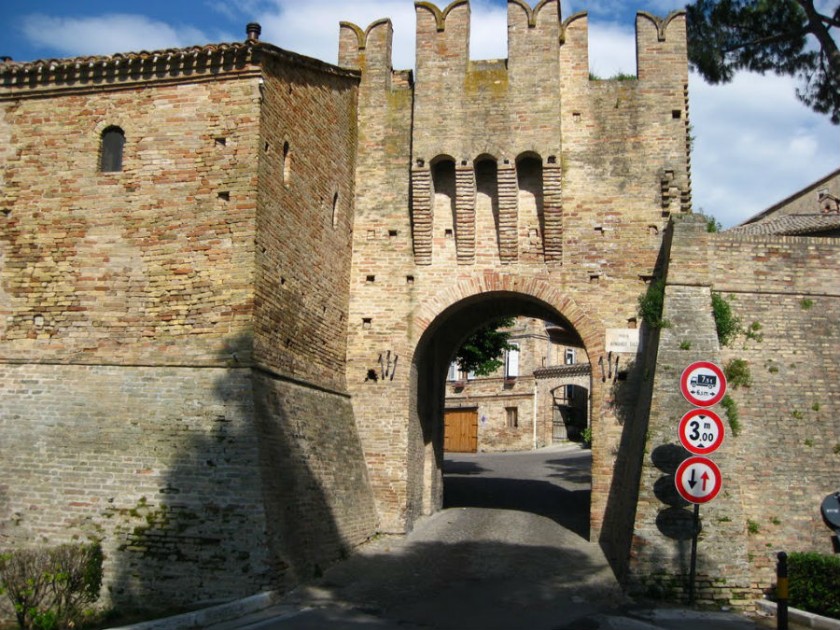 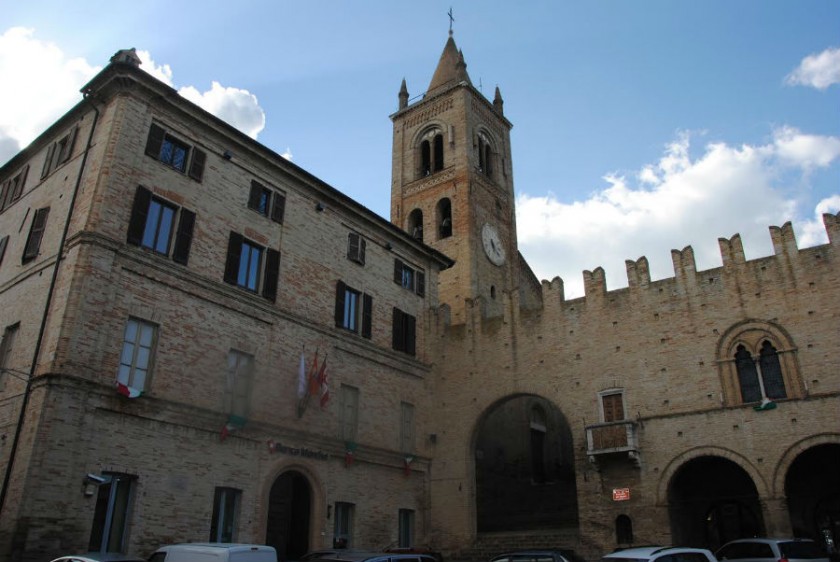 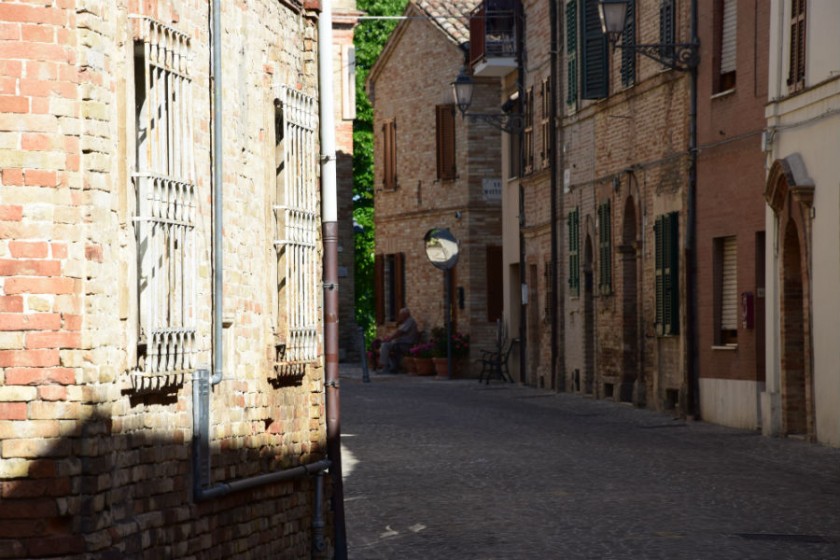 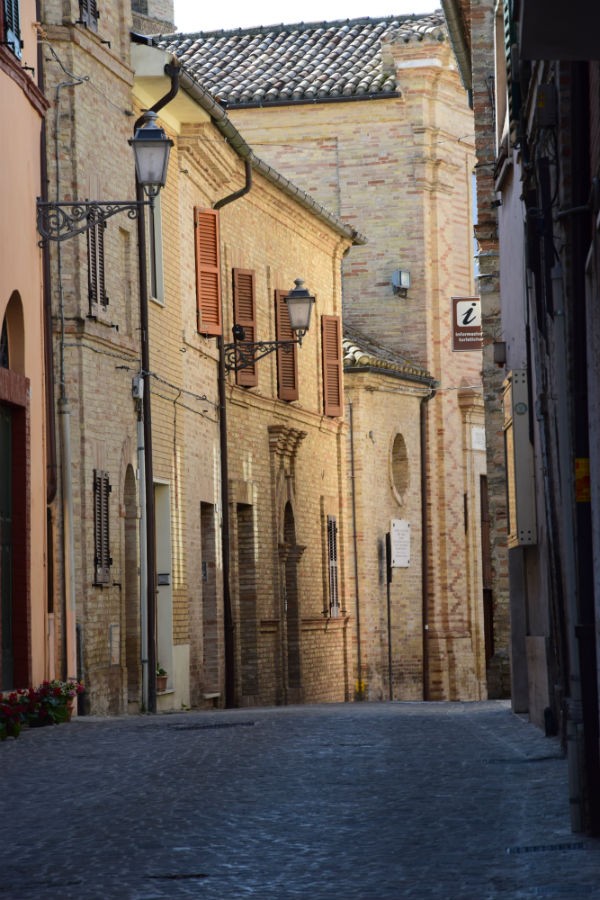 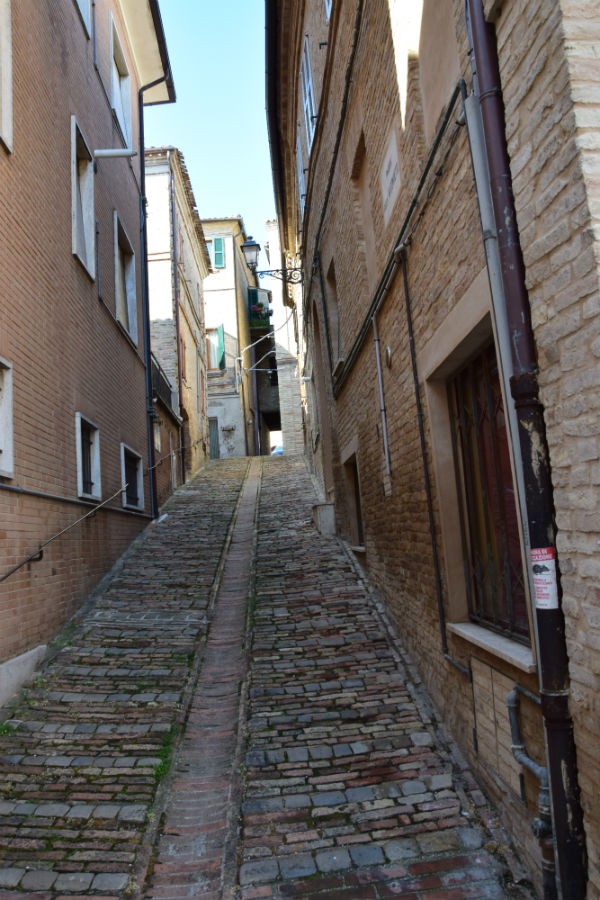 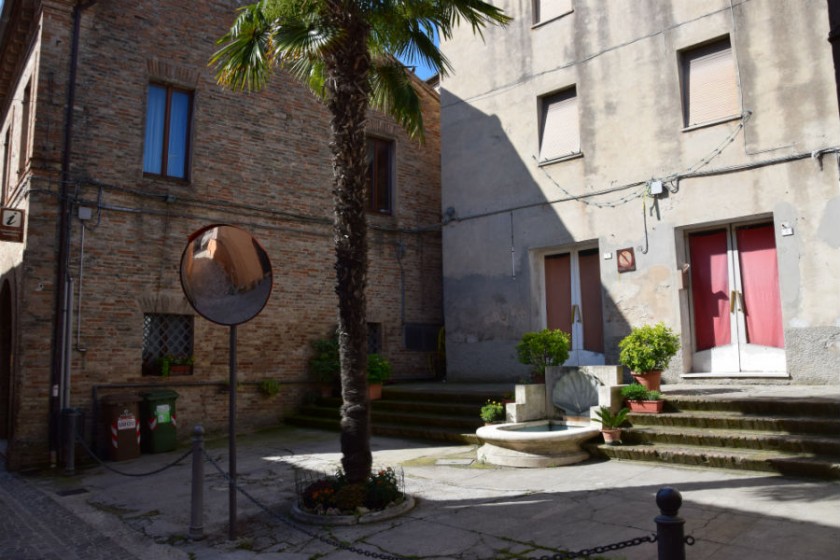 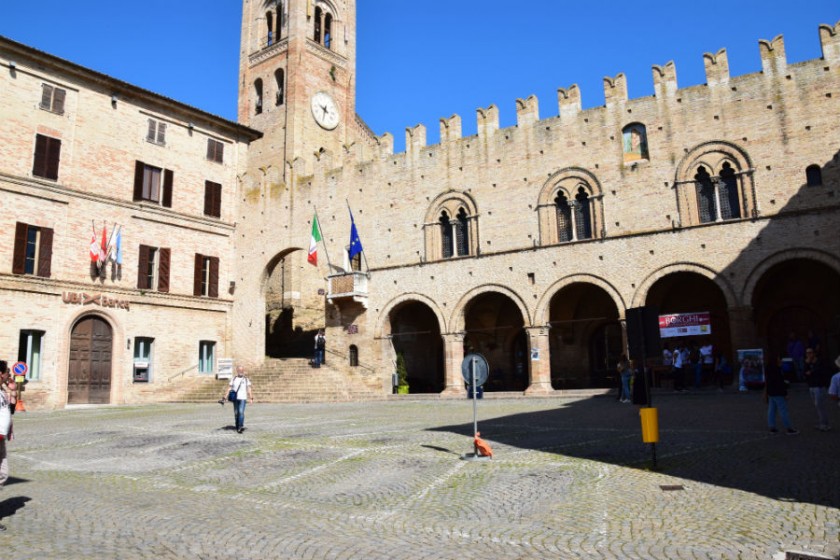 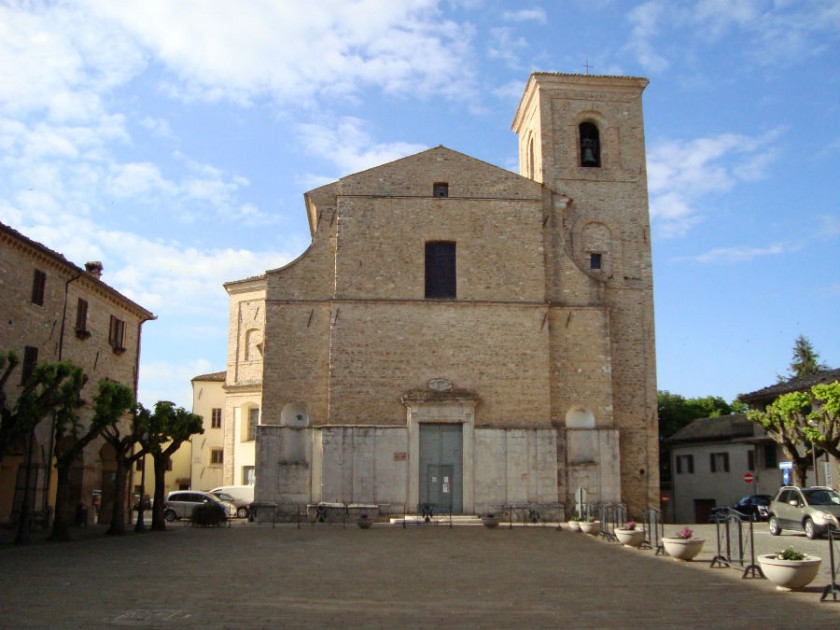 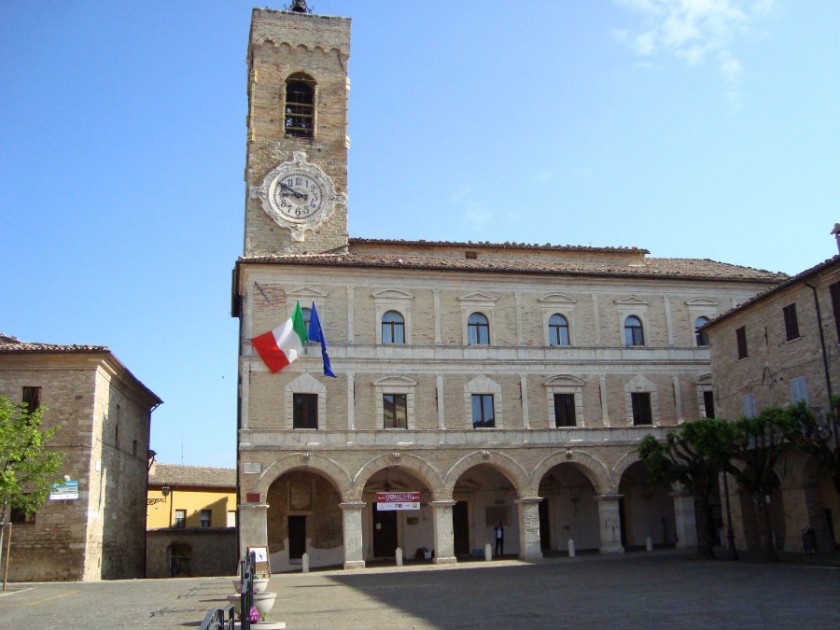 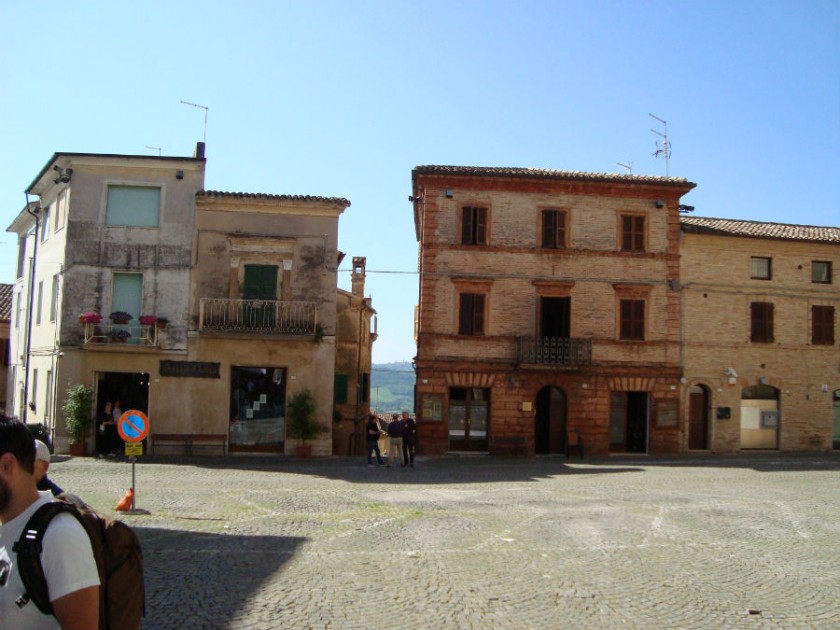 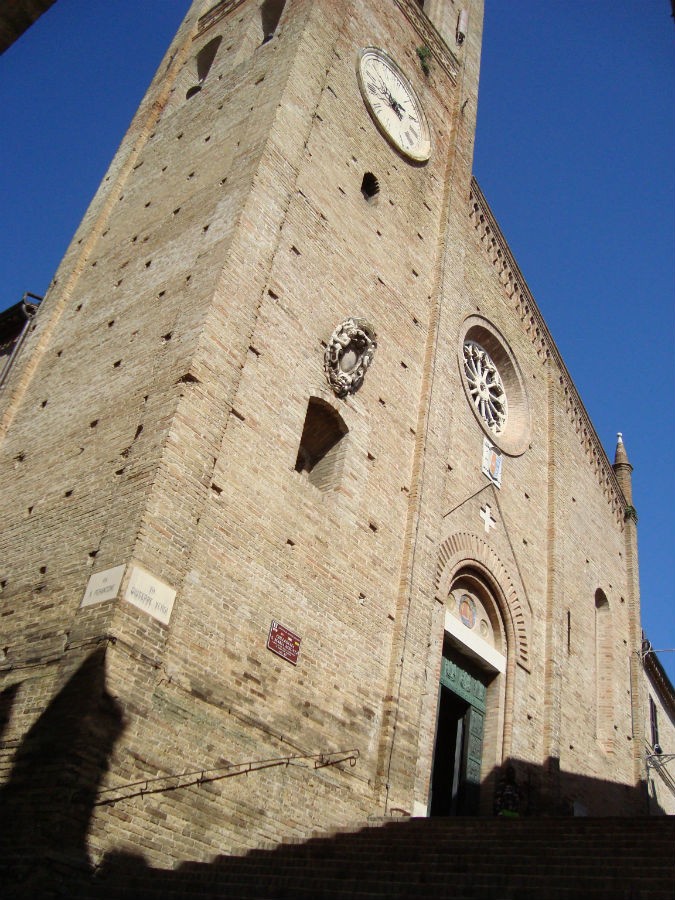 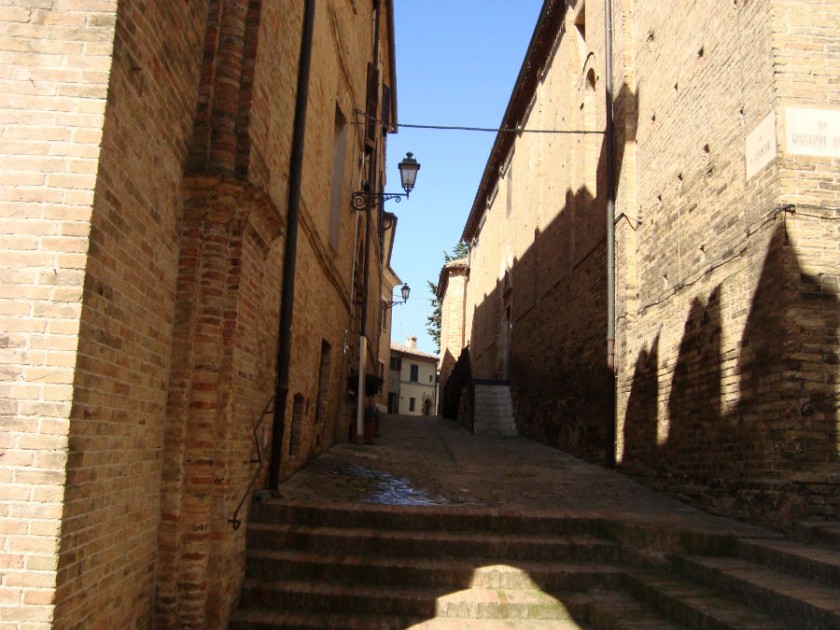 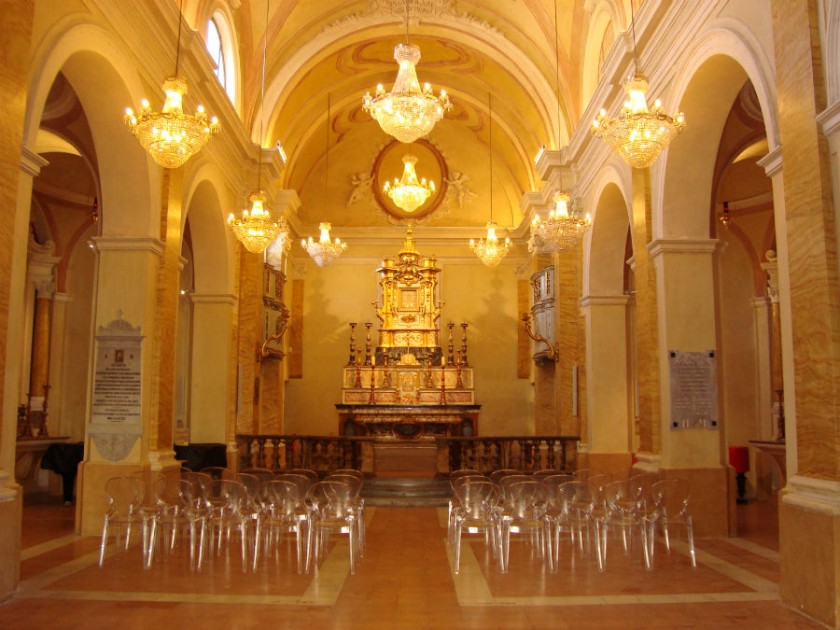 The village of Montecassiano overlooks the valley of the River Potenza, in the Marche region. There are documents dating back to the 12th and 13th centuries, which already witness settlements of Roman or Late Roman origin. The oldest Roman stone, a funeral altar dating back to the I century AD, was found in Montecassiano in 1602, near Valle Cascia. In the Middle Ages Montecassiano turned out to be a harbor village; It will soon deploy with the Ghibelline faction, and at the end of 1100, It participated in the struggle between the Ghibellines Recanatesi against the Allies associated with Ancona, Fermo and Civitanova, in which the Montecasians had the worst. He later faced other battles with Macerata and at the same time passed from domination to the other: the Malatesta followed the Da Varano and these Francesco Sforza, who in the meantime had started his descent into Central Italy; who, encamped at the mill of Sant'Egidio, imposed on his monasteries in Montecassiano. Subsequent rebellion against the pope and forgiveness requests were particularly frequent. Since he wanted to remain faithful to the Church, Montecassian sustained wars, incursions, looting and raids, resulting in a sharp fall in revenue. Thanks to Marchese Andrea Tomacelli, brother of Pope Bonifacio IX, the country was subject to a lighter tax burden and managed to get the total exemption. During the seventeenth century, Montecassiano was struck by many famines; in the early eighteenth century it had to face, like the rest of the region, the serious economic consequences caused by the passage of Austrian imperial troops to ecclesiastical territories; at the end of the same century the French invasion.

The late-medieval urban structure still preserves the elements and characteristics typical of the village. They are worth visiting the Palazzo dei Priori, in the main square of the village.

Via Santissima Annunziata, 27, Montecosaro (Macerata)
18.90 Kilometers from Montecassiano
Caves of Camerano
The Caves of Camerano are located below the historical center of Camerano, in Marche Region.

Via Santissima Annunziata, 27, Montecosaro (Macerata)
18.89 Kilometers from Montecassiano
Canfaito beech forest
Elcito is one of the places of the Regional Natural Reserve of Monte San Vicino and Monte Canfait...

Via Casette, 19 - 62022, San Severino Marche (Macerata)
27.03 Kilometers from Montecassiano
Abbey of Valfucina
The evocative abbey of Valfucina is located in the territory of the small village of Elcito, in t...

Find where to sleep in Montecassiano

Via Umberto I', 1, Mogliano (Macerata)
20.11 Kilometers from Montecassiano
= distances as the crow flies

Travel proposals in Montecassiano and in its territory

Award ceremony: Monte Carlo Master of Olive Oil Contest 2021
On June 5, the Principality of Monaco hosted the most important companies producing oils at the gardens Princesse Antoinette, with an event-prizes of great international scope.The Monte Carlo Master of Olive Oil Contest 2021 has seen the participation of 170 oils from 3 continents who have competed for the various awards divided into categories and assigned by the jury of experts. An event to promote the excellence of the olive oil sectorThe competition, now in its fifth edition, has b...
Continue
Borghi Photo Marathon 2018: photos and the award ceremony at the TTG in Rimini
Yesterday at the TTG Travel Experience, the main B2B tourism marketplace in Italy, was the award ceremony of the Borghi Photo Marathon 2018, a photo event organized by Yallers Italia in collaboration with Borghi Magazine, which saw photography enthusiasts working to capture the best of the colors and emotions of the selected villages. The president of the Yallers Italia association, Giorgio Monticelli, presented the award ceremony showing all the spirit of the association and, congratulating all the collaborators and sponsors, "di...
Continue