Share
Barga, considered the most important and well-known locality of the Garfagnana, offers those who visit it really interesting cultural, architectural and religious elements. Among the most proposed buildings, we recommend: the Casa Pascoli and the Teatro dei Differenti, both linked to one of the most important characters of Italian literature ever: Giovanni Pascoli. 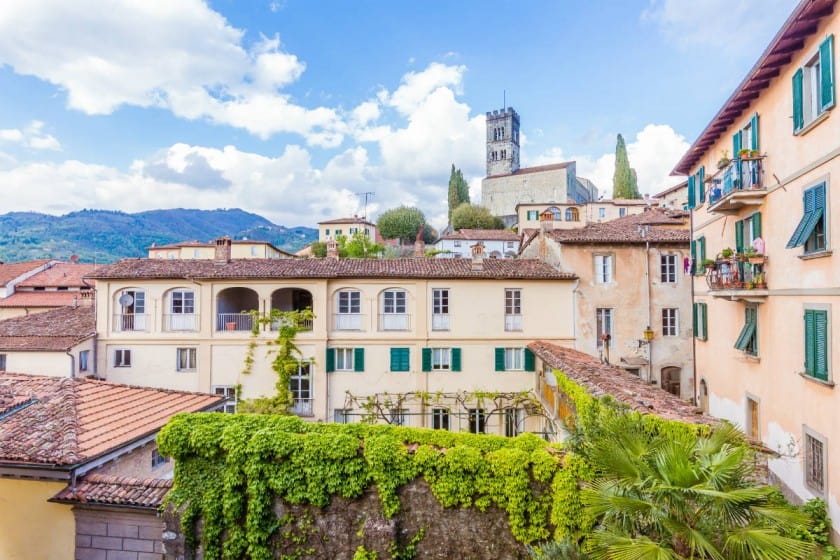 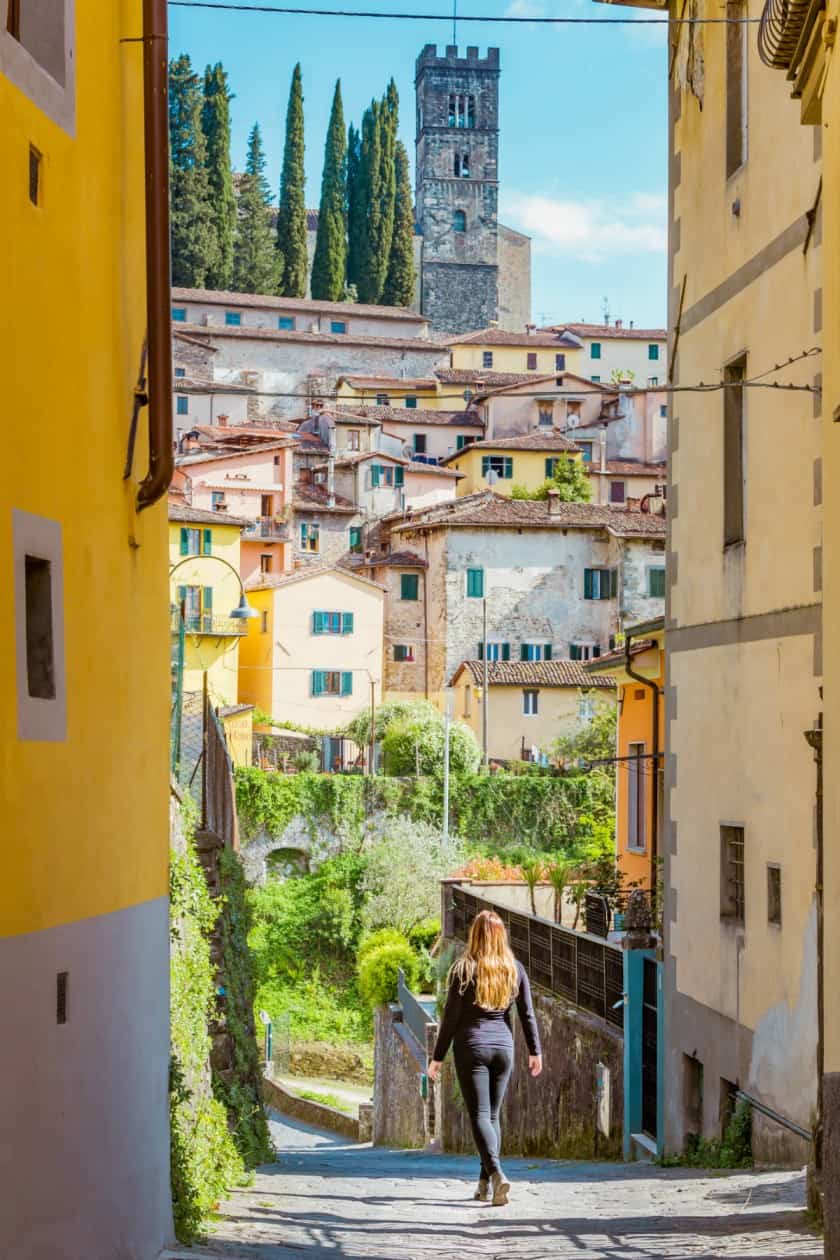 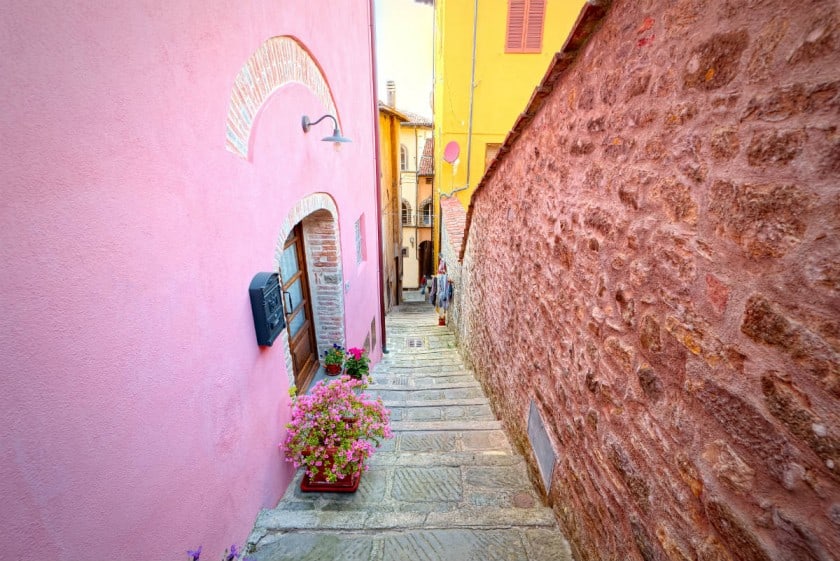 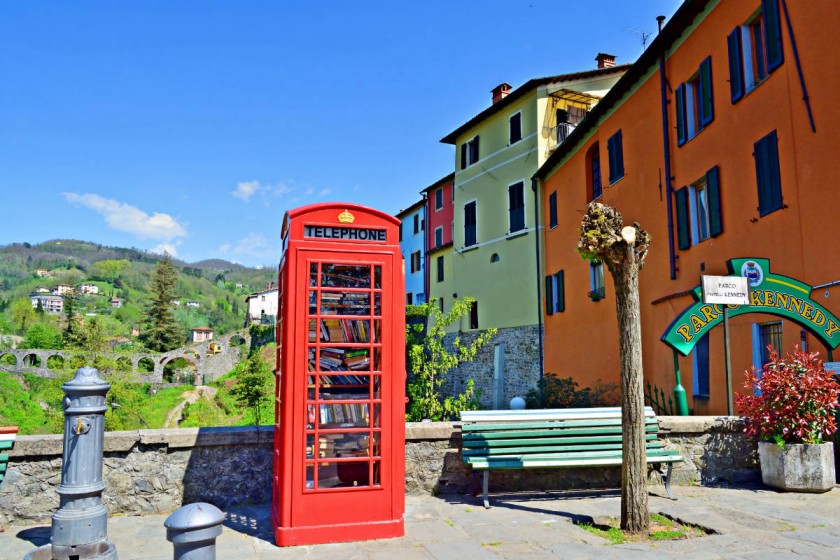 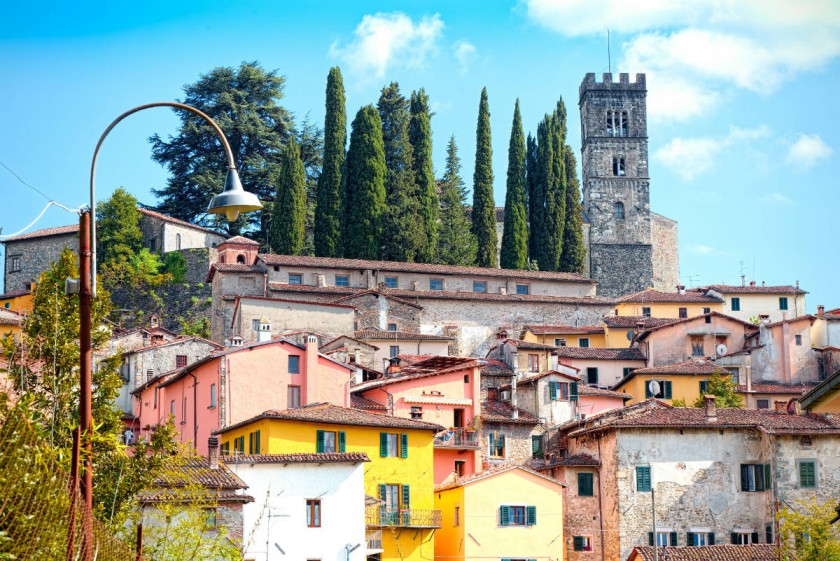 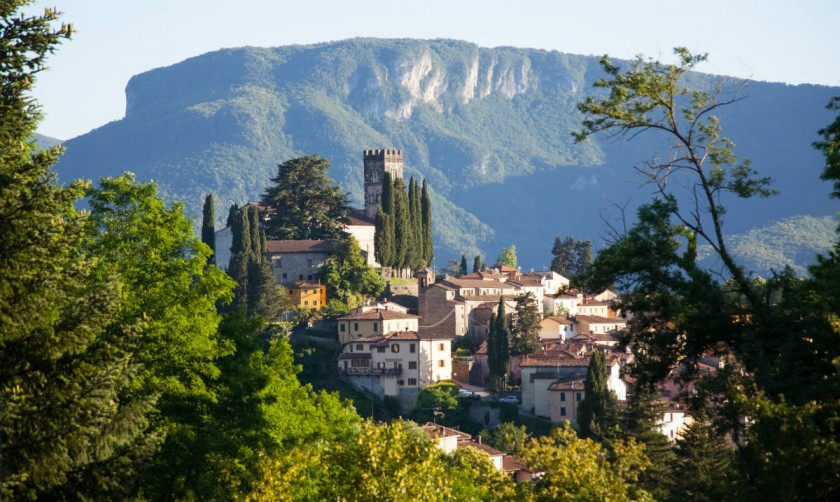 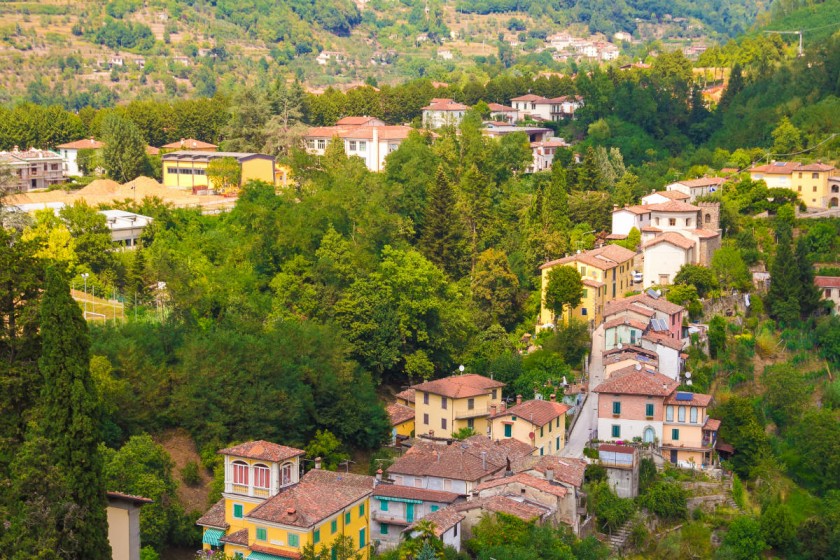 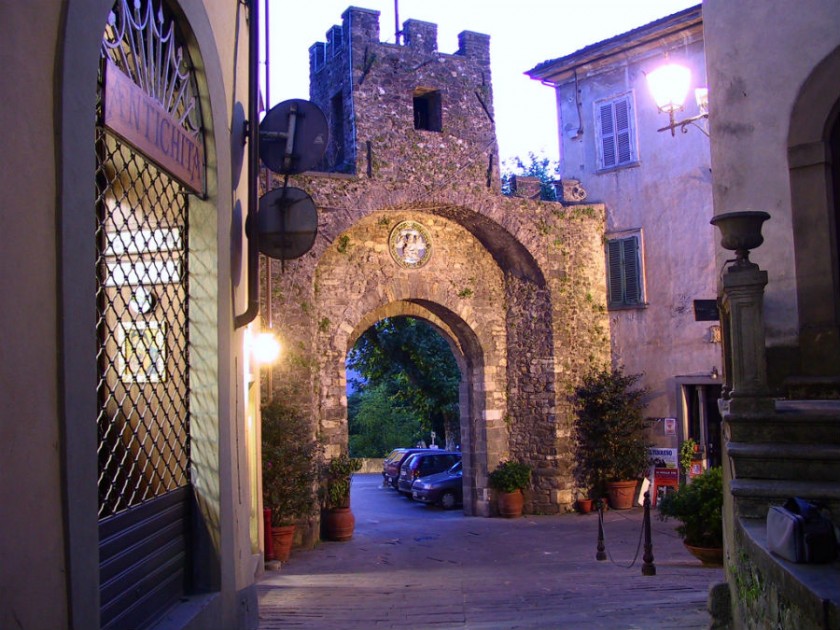 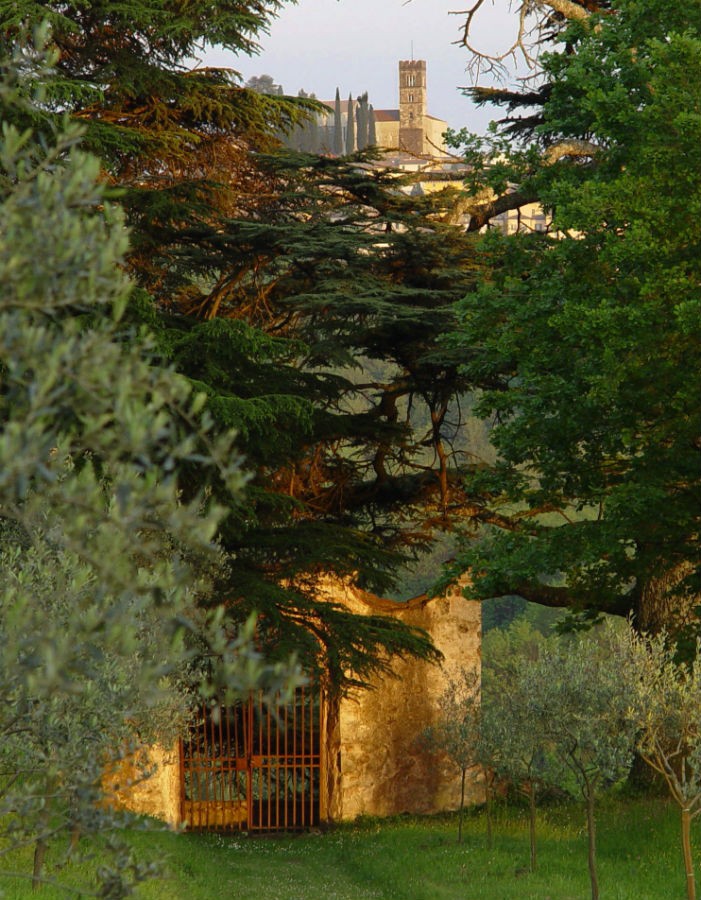 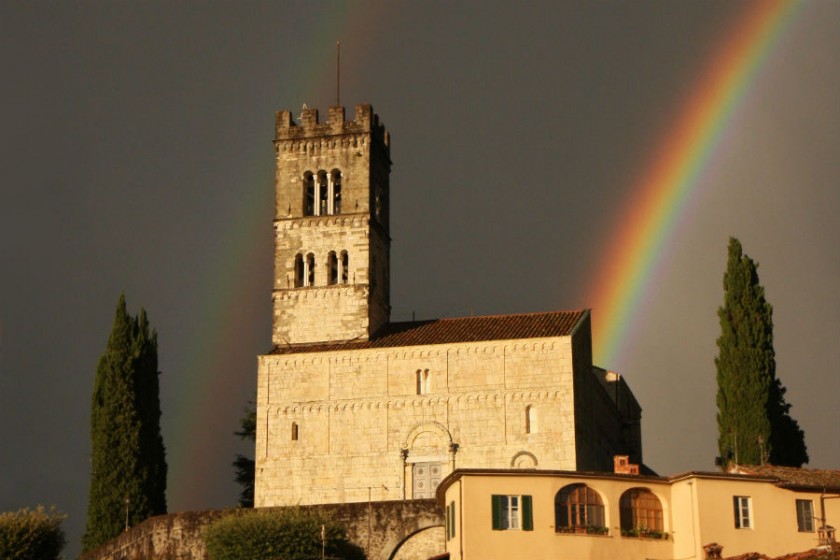 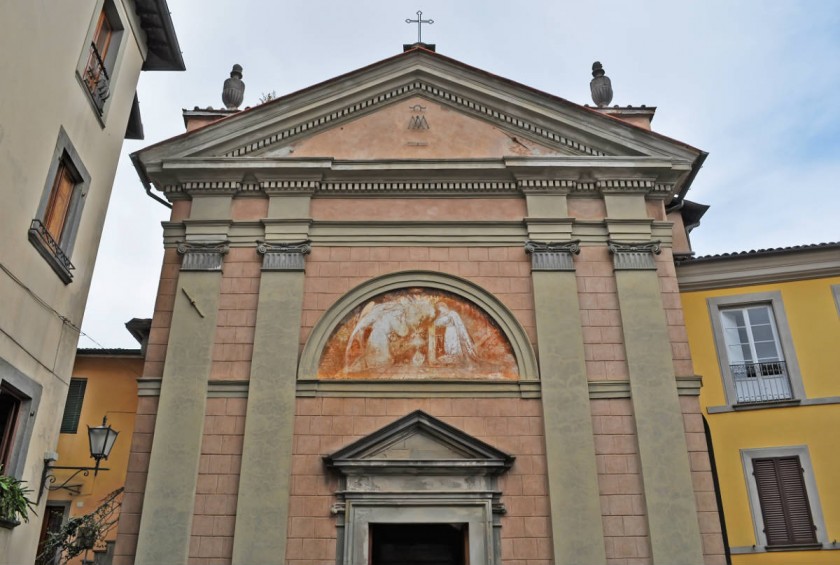 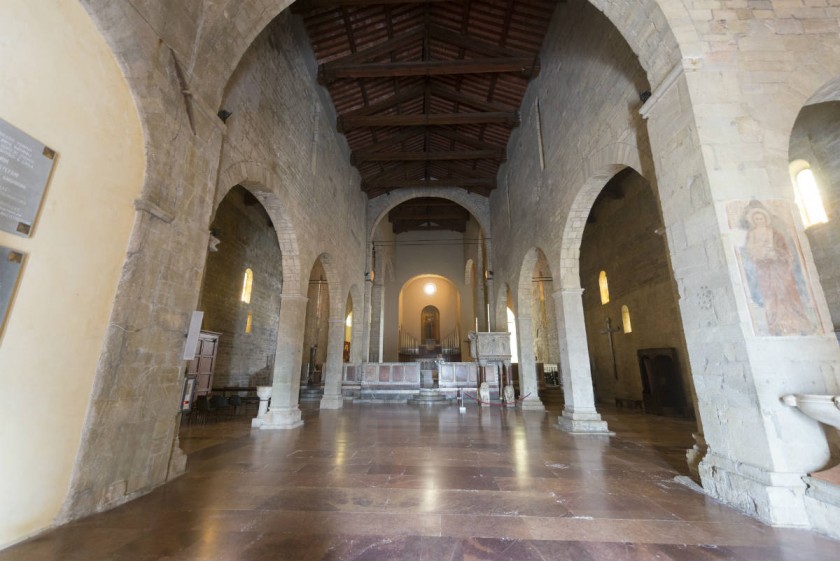 A look at Barga

Archaeological findings document that the territory has been inhabited since the prehistory; in historical age the Ligures resided there, but was then subjugated by the Romans in the II century B.C. during their expansion towards the north. We know that Barga in the IX century was a feud of the Langobardic family Rolandinghi and subsequently, through the marquis of Tuscany, was subjected to the Empire, although keeping a broad independence. In the municipal period the territory suffered continual sieges by the Lucchesi and Pisans, until in 1341 Barga chose to submit to Florence.
This represents the period of greater splendour: the House of Medici took great interest in this area from which they benefited important raw materials and granted privileges and tax exemptions which allowed the development of flourishing commercial activities.

The church of San Cristoforo, the most important religious building of Barga, was built in different periods. The original construction dates back before the year 1000. In the following enlargements, architectural and decorative elements of evocative beauty that go from Romanesque to gothic style, appeared. This context is dominated by the bell tower with the ancient bells, among which the small one is dated 1580; the chiming of these bells inspired the poet Giovanni Pascoli's poem "L'ora di Barga". The arringo is the vast lawn between the cathedral and the Palazzo Pretorio, where people gathered as Parliament. From each side of the square, you can watch the magnificent panorama that surrounds Barga, represented by the mountains of the Pizzorne, by the Apuan Alps and the Appennines.

Barga is Giovanni Pascoli's adoptive land. In the old town centre there is the Teatro dei Differenti where the poet said the famous speech "La grande proletaria s'è mossa" (1911) and on the Colle di Caprona, in the district of Castelvecchio Pascoli, you can visit the Casa Museo Pascoli. Situated on the Colle di Caprona, it was built around the middle of the XVIII century by the Cardosi Carrara family as a countryside villa and was Giovanni Pascoli's home from 1895 to 1912. The building retains its structure, the furnishings and the arrangement of the space that were the same ones of when the poet died; here are also preserved his books and his manuscripts. Attached to the villa there is the chapel where Pascoli is buried. Barga cuisine is mainly based on the Florentine one, with adaptations that became inevitable for the characteristics and the typical products of the territory. Among the specialties of Florentine origin that you can easily find in Barga (unlike the rest of the Province of Lucca) there are: pane sciocco (without salt or Toscano), chicken liver crostini, ribollita, baccalà alla fiorentina, peposo alla fornacina, fagioli all'uccelletto, farinata, castagnaccio (a cake of necci in the rest of the Lucchesia), cenci, fried necci, schiacciata toscana (focaccia in the rest of the Lucchesia) and the zuccotto. There have been, over the centuries, various influences of the Lucchese, Garfagnana and Pisan cuisine, that you can find in the following dishes: crostini with vegetable sauces, Frantoiana soup, spelt soup, pappardelle al cinghiale, grilled trout, manafatoli, local pork salami, local pecorino and goat cheese, a variety of fried fresh vegetables and buccellato with raisins.

In Castelvecchio di Barga, the poet Giovanni Pascoli set his residence in 1895. The house on the Colle di Caprona was realizing a dream: to rebuild, in a relaxing beauty spot, that nest of San Mauro di Romagna that had been destroyed by the violent death of his father. Barga was the right place, situated on the green hills framed by the Apuan Alps and the Apennines, where the sound of the hours looked like a voice that invited him to rummage among the humble things in order to discover mysterious correspondences. In the nest of Barga, Pascoli cultivated his love for latin poetry revisiting the classical world with modern sensibility. Here he oversaw the editions of Myricae collections, composed the Canti di Castelvecchio, and here he rests in peace together with his sister Mariù. On many buildings facades you can notice small stone sculptures of anthropomorphic smileys. Originally they were considered propitiatory for fertility. To this day what remained is the habit of making a wish while holding the index and middle fingers of the right hand on these smileys. Allegedly, the wish will come true. Venturing into the driveways and in the alleys of the village, the visitor will reach the Arringo's lawn to have a bird's eye-view of the millenial Duomo, with the screeching of swallows that spring suddenly into the patch of sky between the houses, in the toll of the hours that go along with the steps. Barga is immersed in the green and rustic beauty of the Garfagnana, wrapped in healthy and scented woods, dotted with ancient hamlets whose lights twinkle in the evening among the dark forests.

Via San Pietro, 3, Castiglione di Garfagnana (Lucca)
10.33 Kilometers from Barga
Theatre of the Reassured
In the Teatro dei Rassicurati of Montecarlo concerts and performances of prose and amateur theatr...

Find where to sleep in Barga

Via Versurone - Loc. Doccia del Cimone, Fiumalbo (Modena)
19.90 Kilometers from Barga
B&B Antica Fattoria La Verdina
An ancient farmhouse of the eighteenth century used as a B & B, located in the beautiful countrys...

Via della Verdina, 36, Camaiore (Lucca)
20.53 Kilometers from Barga
B&B Antica Fattoria La Verdina
An ancient farmhouse of the eighteenth century used as a B & B, located in the beautiful countrys...

Via della Verdina, 36, Camaiore (Lucca)
20.52 Kilometers from Barga
= distances as the crow flies

Our news about Barga

Recipe: the Befana, the traditional Epiphany biscuit from the village of Barga
In the village of Barga it is tradition for the Epiphany to prepare a particular dry biscuit called, in fact, the "B...
Continue
Recipe: Castagnaccio, the dessert of the Tuscan villages that smell of wood
A taste that comes from the past, a "convict" taste that made people fall in love, a poor and ancient sweet of Tuscan cuisine that enriches the table in the fall. The castagnaccio is a characteristic autumn dessert of the villages in the Apennine areas of Tuscany, Liguria, Emilia and Piedmont and, depending on the region in which it is cooked, presents some differences. In Tuscany, for example, the cake is about a centimeter tall and according to the traditional recipe should be made with chestnut flour from the Mount Amiata. One of ...
Continue
Susan Sarandon in Coreglia Antelminelli? The Stars of Hollywood and the villages of their ancestors
The curiosities about Hollywood actors never finish. Especially when you discover their origins from italian villages. Did you know for example that the father of Robert De Niro was from the village of Ferrazzano, in Molise? Or that the Father and the mother of Al Pacino came respectively from the villages, both Sicilian, San Fratello and Corleone? Just today someone on the network has pointed out that a few years ago, the B...
Continue
36th Fish and Chips Festival at Barga: a bargo-scottish event
Perhaps you do not know, but the famous fish and chips, a typical dish of Anglo-Saxon tradition mad...
Continue
Unique Tuscan villages to Love - Download a free travel guide to the 51 certified Tuscan villages
It has recently been made available a free travel guide by Toscana Promozione Turistica, in Italian and English, about 51 Tuscan villages certified in the Borghi più Belli D'Italia, Paesi Bandiera Arancione, Mibact's Gioielli d'Italia and UNESCO World Heritage Sites. The volume, edited by Claudio Bacillieri, director in chief for Borghi Magazine, accompany th...
Continue