Share
Known for the beautiful scenery of the Viale dei Cipressi, which leads to the gates of the town, Bolgheri is the place to which the poet Giosuè Carducci dedicated one of his most famous poems: "Davanti a San Guido".

A look at Bolgheri 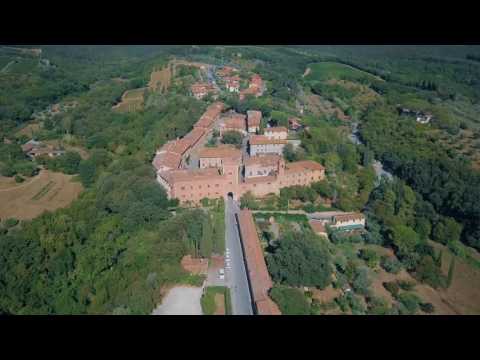 Bolgheri, an ancient village in the heart of the Maremma, is inextricably linked to the verses of one of the most beloved Italian poets: Giosuè Carducci. His family, in fact, lived here for about a decade, from 1838, in conditions of great poverty.
Carducci dedicated one of his most famous poems, "Davanti a San Guido", to the cypress avenue that leads to the town, and the first lines say: «I cipressi che a Bólgheri alti e schietti van da San Guido in duplice filar, quasi in corsa giganti giovinett mi balzarono incontro e mi guardar».
In the Bolgheri cemetery, immersed in nature and in total tranquility, lies the tomb of grandmother Lucia, to whom Carducci was very close. Being a part of the municipality of Castagneto Carducci, in the province of Livorno, Bolgheri rises just under ten kilometers from the Costa degli Etruschi, the stretch of the Livorno coast that preserves several necropolises.
The name "Bolgheri" appeared for the first time in 1075 inside a papal bull, in which, however, the village was called "Sala del Duca Allone". Like many other towns in Tuscany, Bolgheri also fell under the dominion of Florence in 1406.

In the eighteenth century Bolgheri experienced a period of growth and prosperity, thanks to the administration of the counts of Gherardesca (whose coat of arms is still visible on the walls of the village ) who decided to provide the inhabitants with an aqueduct and to devote themselves to the development of the agricultural sector. Bolgheri, over the centuries until today, has become one of the cornerstones of Tuscan wine production. The village, in fact, is famous for its wines, such as Cabernet and Merlot, and there is the Bolgheri DOC Consortium, which brings together about thirty wineries and guarantees the excellence of these products.

As we said above, in Bolgheri you arrive along the Viale dei Cipressi (also called Viale San Guido), a typical country road accompanied by a long row of cypress trees, about 2540, many of which date back to the nineteenth century, and they extend for almost five kilometers. Along the way, you will meet the Oratory of San Guido, the Church of Sant’Antonio, the Church of San Sebastiano and an obelisk dedicated to Carducci. At the end of the avenue, there is the symbol of the village: the Bolgheri Castle, with its entrance walls and its imposing tower.

Via Don Pietro Nardini, 14, Casale Marittimo (Pisa)
7.06 Kilometers from Bolgheri
Carducci Archive Museum
The Archive Museum is part of the literary park dedicated to Giosué Carducci in the village of Ca...

Via della Madonna, 37-39, Montescudaio (Pisa)
10.32 Kilometers from Bolgheri
Parish Church of San Giusto
The Church, remembered since 923, is wedged between the walls and the main access door to the vil...

57021, Campiglia Marittima (Livorno)
19.35 Kilometers from Bolgheri
Specola Palace
The Specola Palace is a fortified complex situated on the island of Pianosa.

Localita' Palazzine Nuove, 80, Isola di Pianosa, Campo nell'Elba (Livorno)
83.23 Kilometers from Bolgheri
Fortress of the Appiani
The Rocca degli Appiani or Forte is located in a panoramic position in the homonymous hamlet of P...

Località Poggetto Masino 169, Suvereto (Livorno)
18.45 Kilometers from Bolgheri
Agriturismo Gualdo del Re
A family business with a total area of about 40 hectares

Località Notri, 77- 57028 , Suvereto (Livorno)
19.77 Kilometers from Bolgheri
Agriturismo Gualdo del Re
A family business with a total area of about 40 hectares

Località Poggetto Masino 169, Suvereto (Livorno)
18.44 Kilometers from Bolgheri
Ristorante Dal Cacini
The good Cacini is a must for those arriving in Val Cornia.

Via del Crociﬁsso, 3, Suvereto (Livorno)
17.87 Kilometers from Bolgheri
Petra Wine
A unique wine cellar in a unique place, Petra receives the mysterious secret from the skies and...

Recipe: Fillet of mullet alla livornese
Leghorn mullets are a symbol of this Tuscan city inseparably linked to the sea and derive from an ancient Sephardic recipe, the "mullet alla mosaica". The ingredients needed to make the mullets of Livorno are of extraordinary simplicity: fresh mullets and tomato pulp. And now a look at the characteristics of red mullet: small fish, has a reddish color on the back and pink or orange on the sides. To be prec...
Continue