Share
Specchia boasts one of the most fascinating historical centers of Salento. The old village is a maze of intricate alleys, of courtyard houses with flowered balconies, at every crossroads the ancient niche of a saint peeks out and suddenly, the noble profile of the Risolo Castle or the harmonic lines of the Franciscan Convent appears Neri or the curious Column of Immunity, which was enough to touch to escape from arrest. 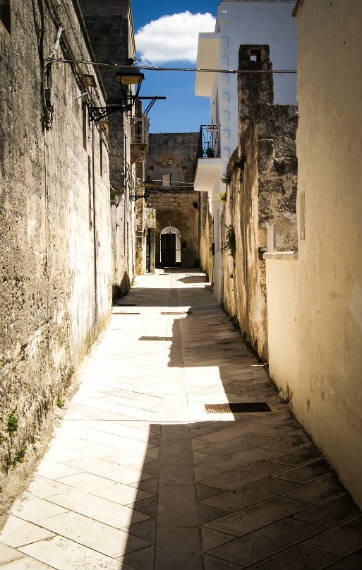 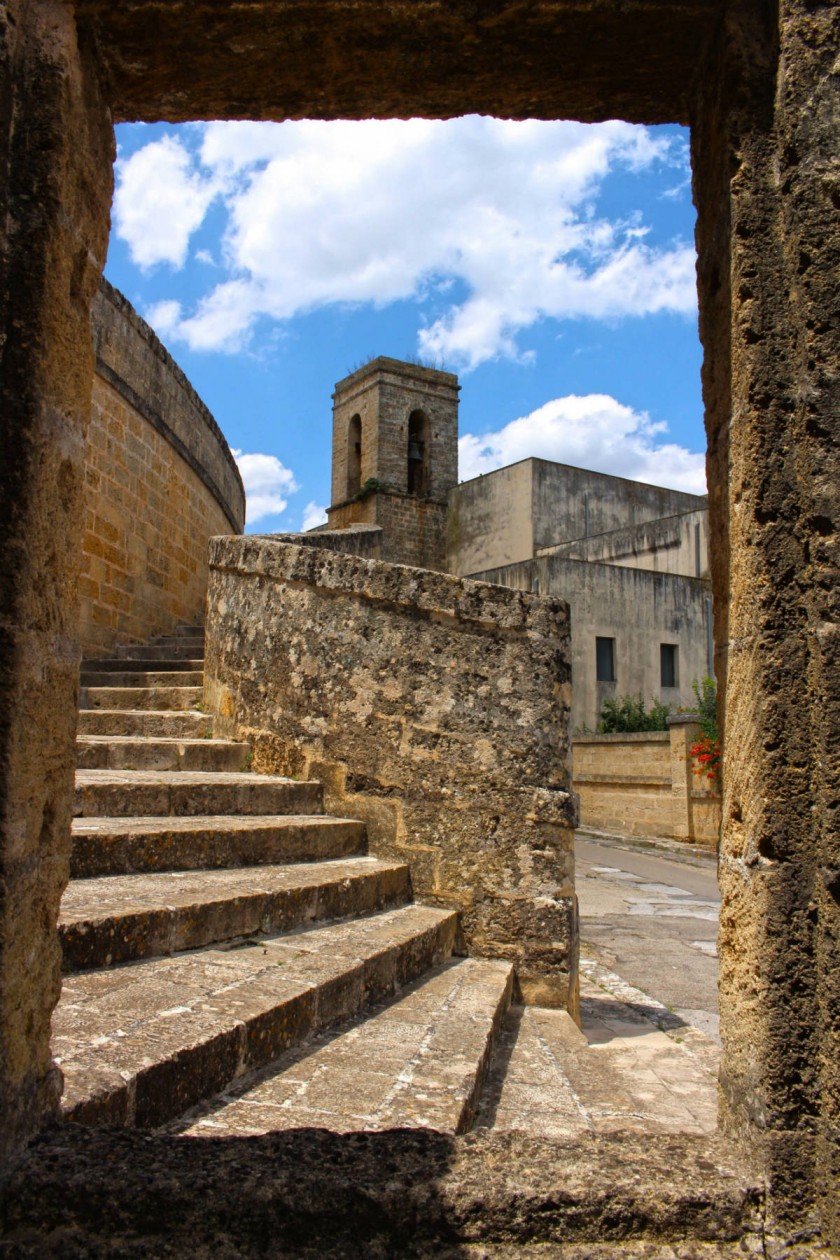 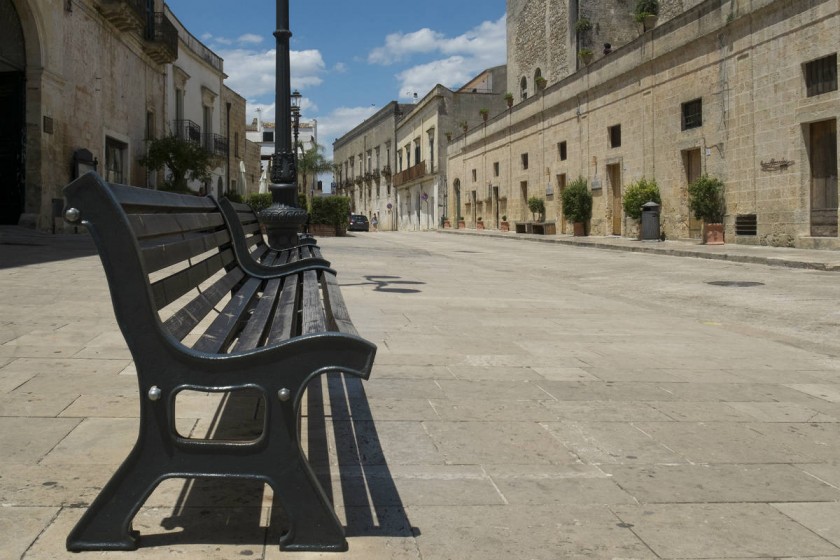 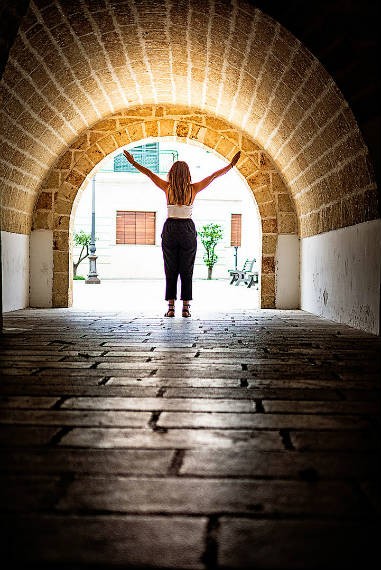 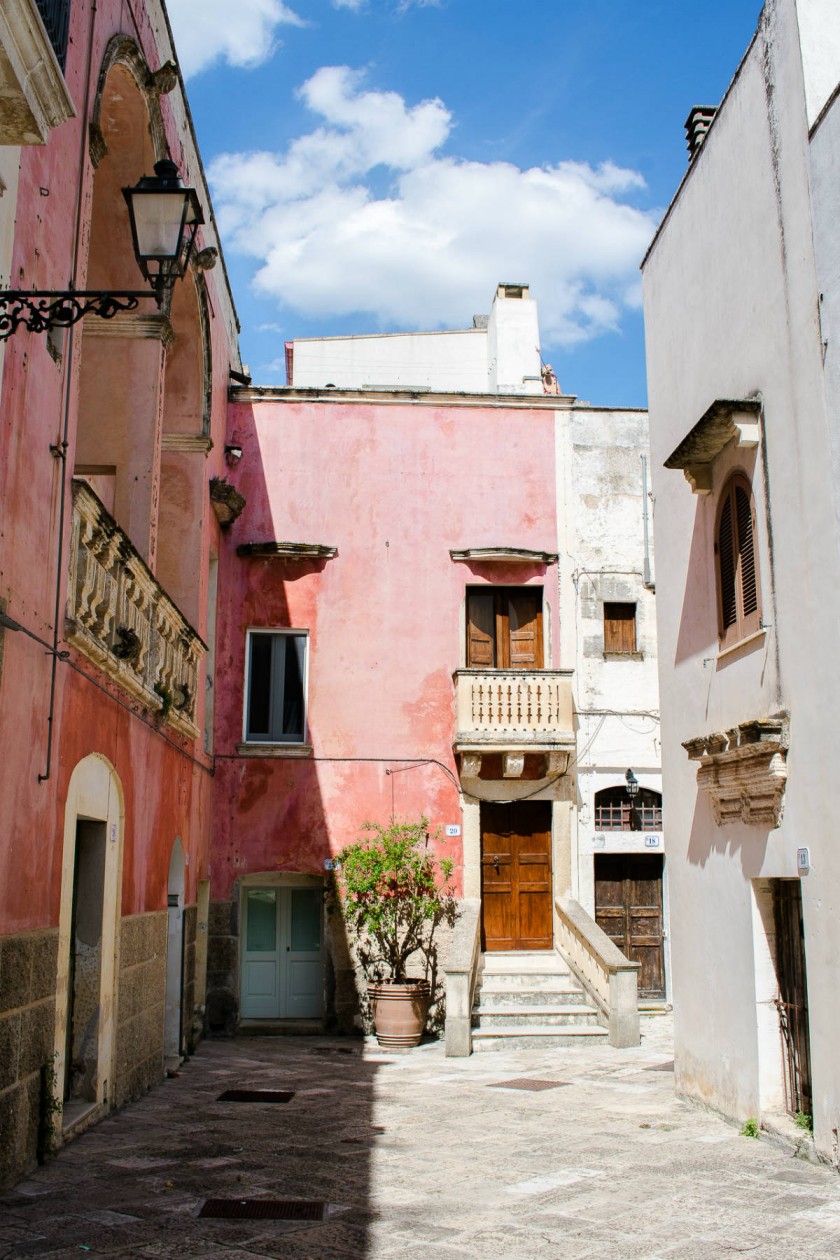 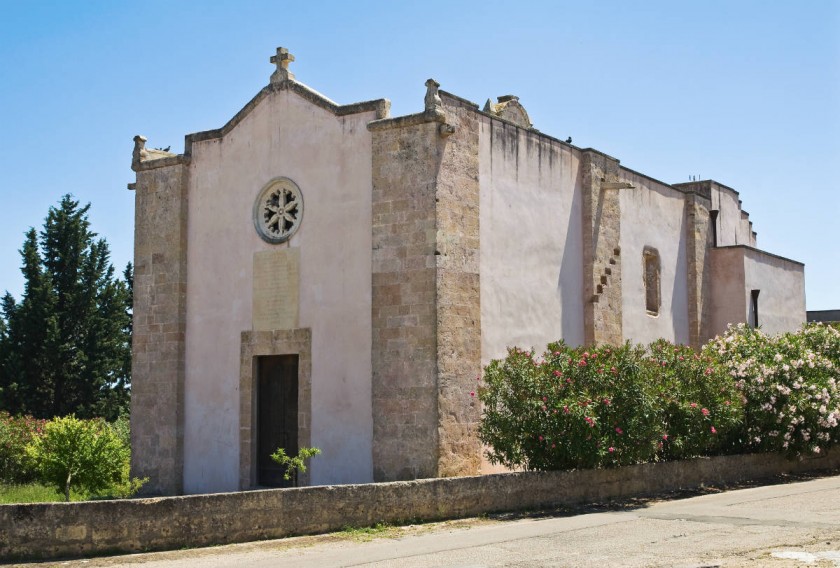 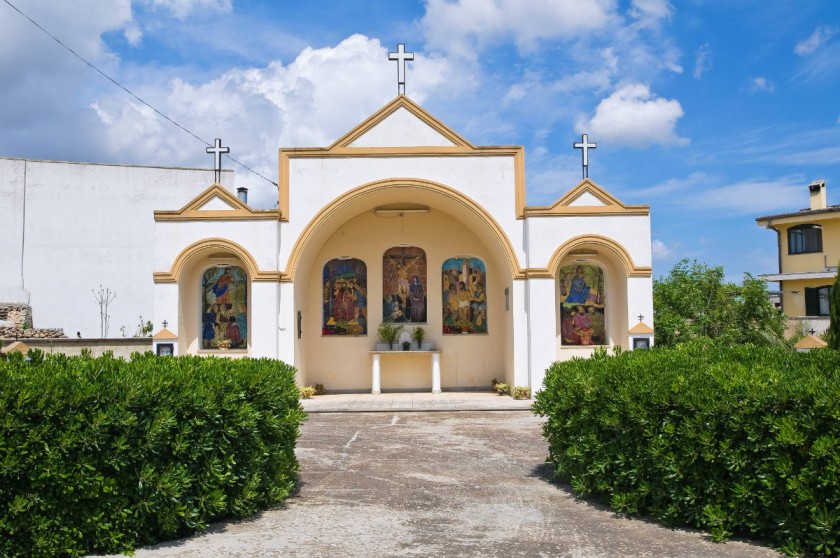 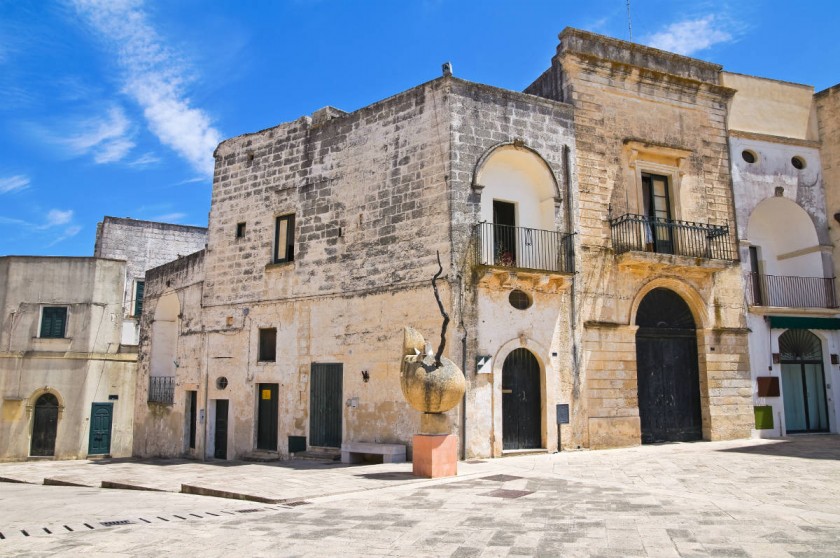 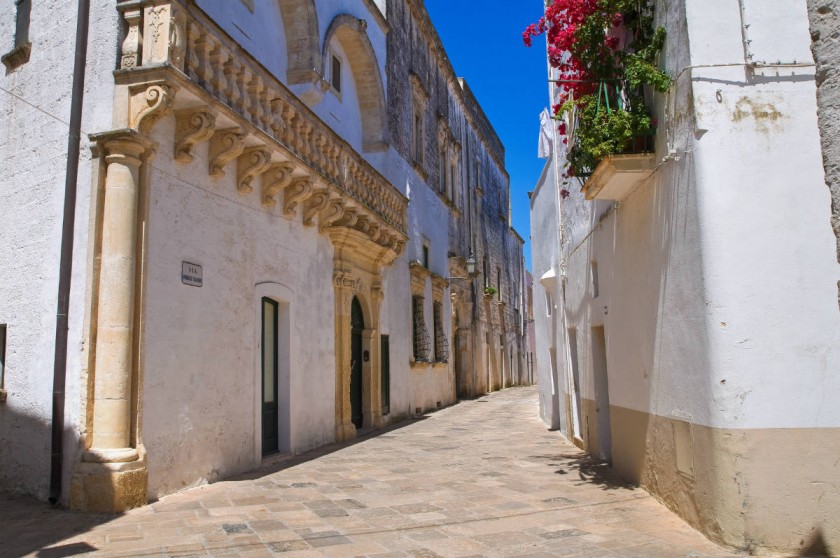 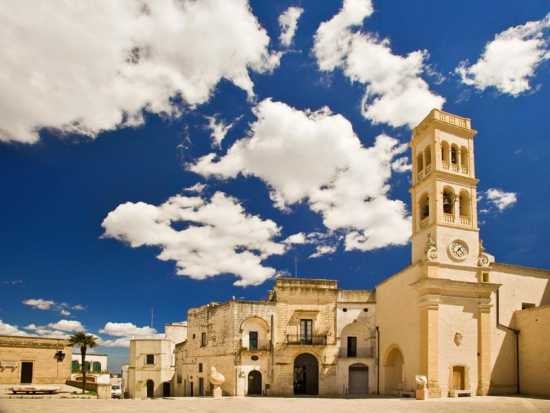 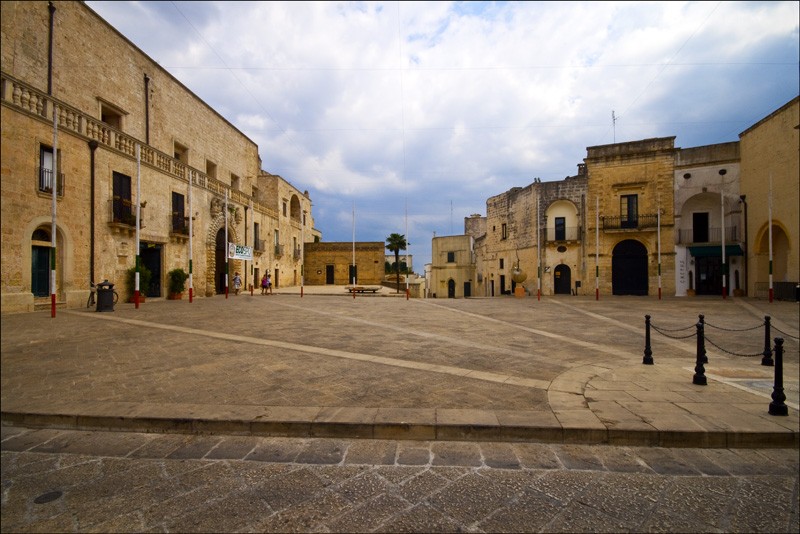 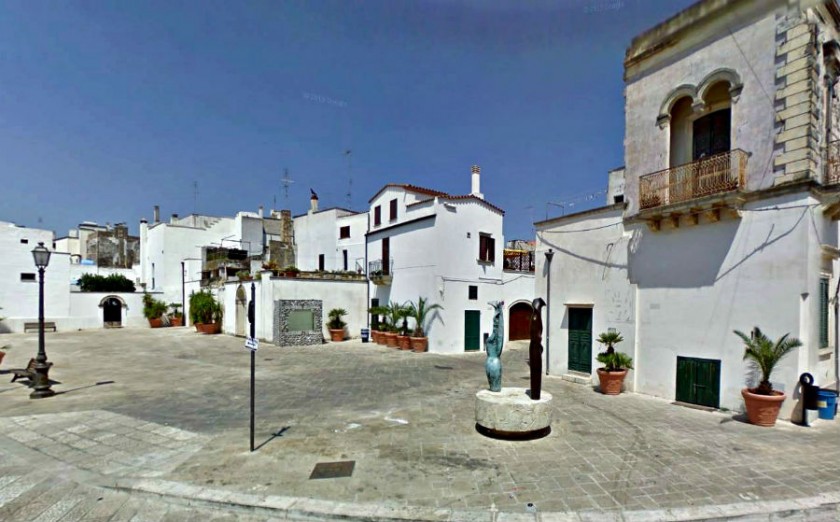 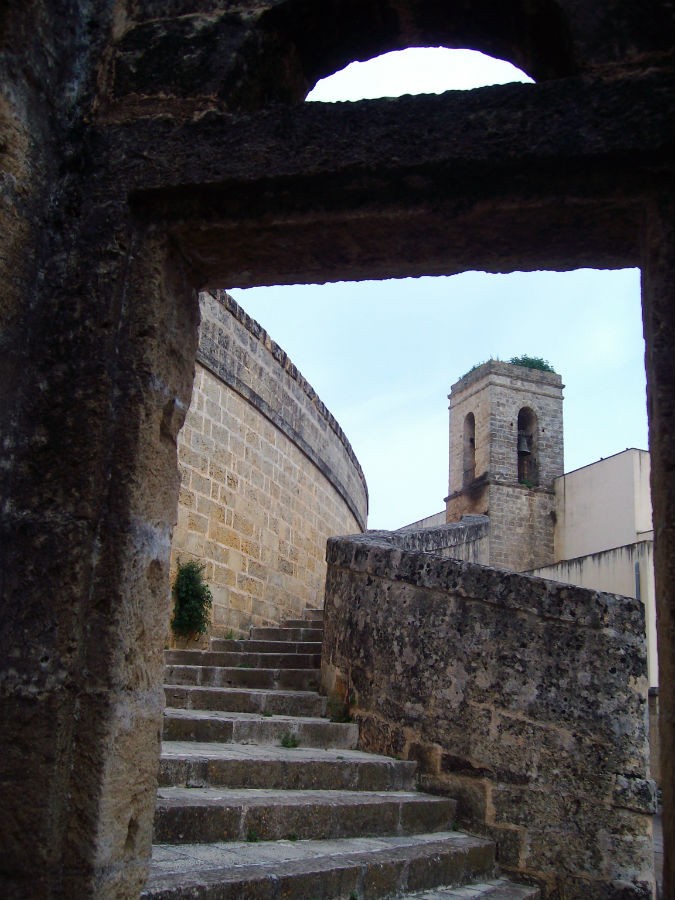 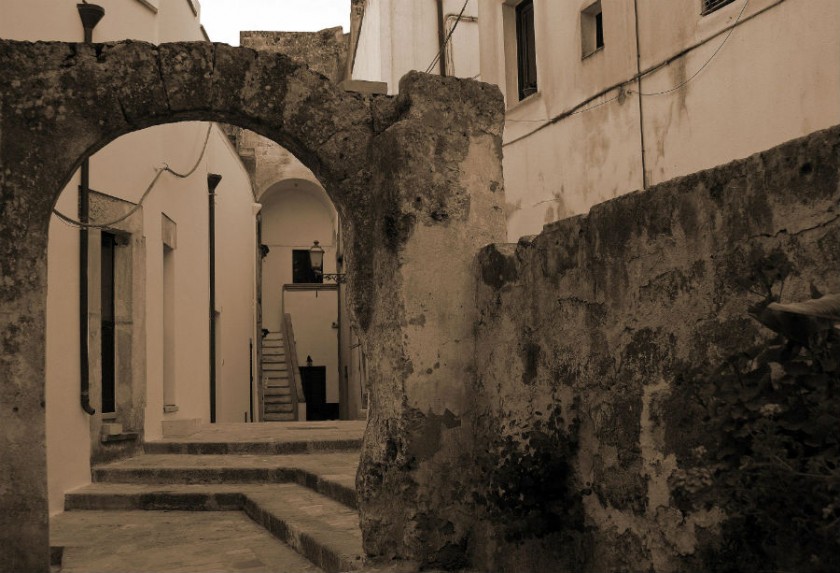 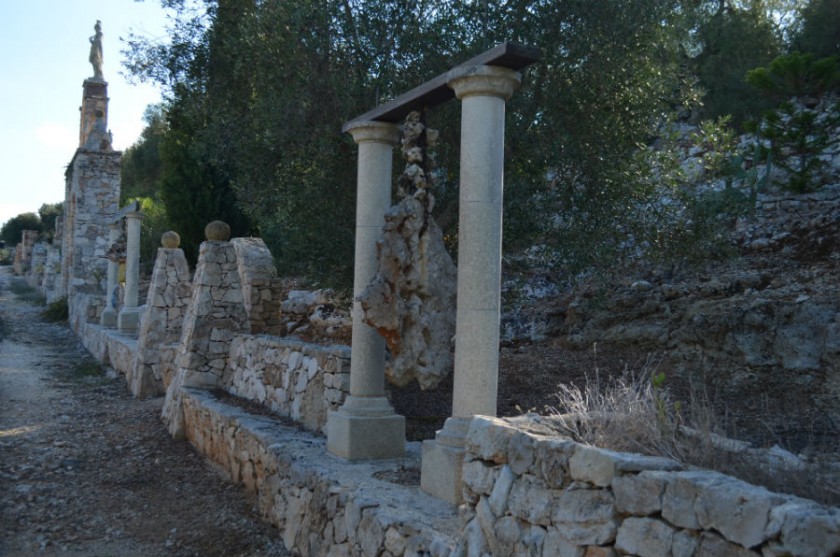 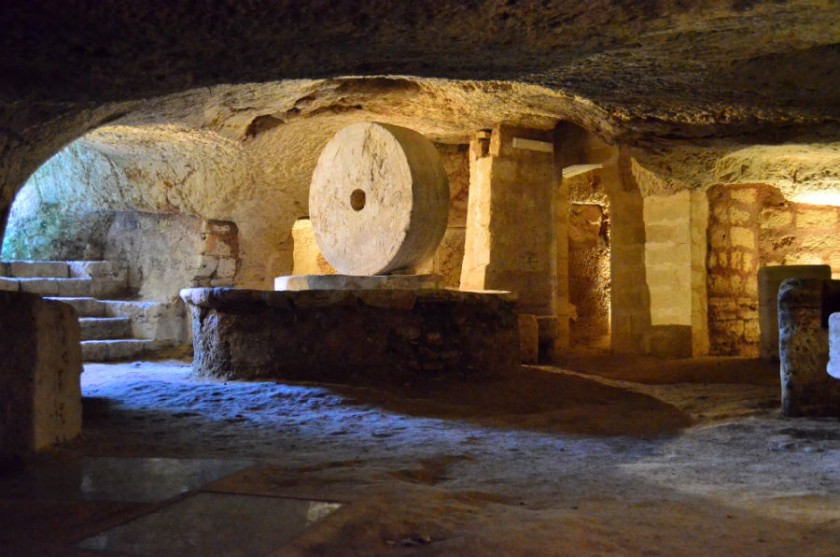 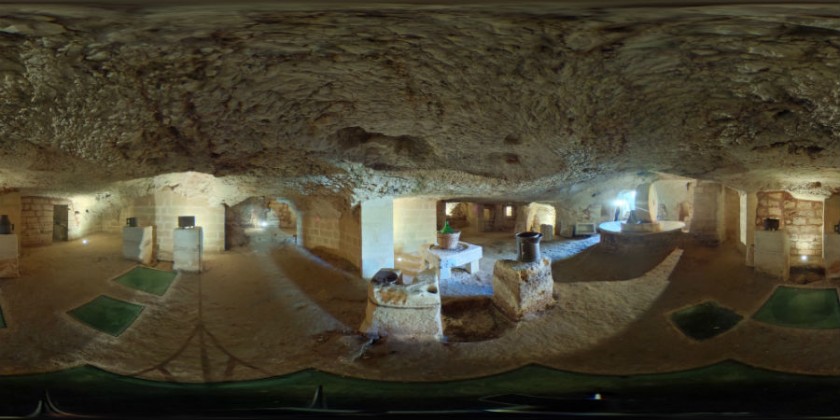 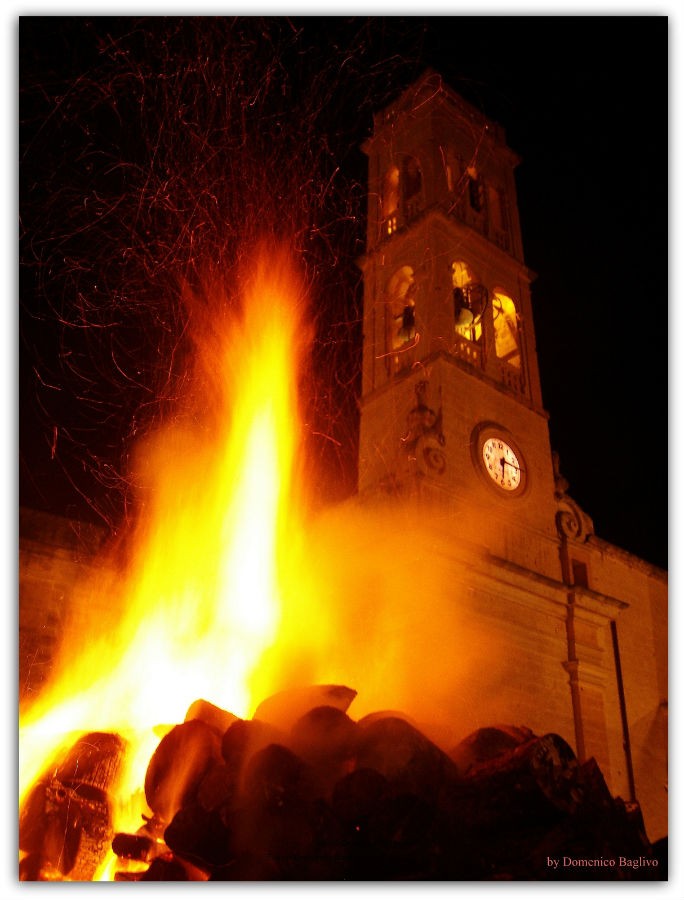 A look at Specchia 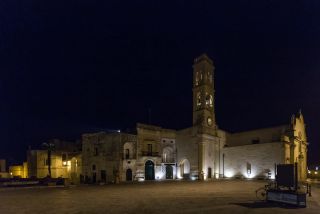 The village of Specchia owes its name from the accumulation of dry stones that the Messapians used as defense works and watch stations. In the Middle Ages, Specchia was called Speda de Amygdalis and over the centuries had also been called Specchia Mendolia. The name indicates that in the past the area of Specchia was rich in almond trees. An almond tree which grows on a mound of stone is represented, in fact, even on the civic coat of arms of the village. According to the legend, Specchia was founded by the Roman matron Lucrezia Amendolara, to whom is dedicated the main street of the village. The full name was "Specchia Preti", but after the Unification of Italy people felt the need to clear the epithet "Preti" (priests) and King Vittorio Emanuele II welcomed the request in 1873.

The first news about the existence of the hamlet of Specchia date back to the XI century when, probably, a small nucleus of peasants and shepherds, to shelter from the frequent Saracen raids, occupied this hill that was high enough and far from the sea. The hill began to be surrounded by large walls, towers and other military works, but nothing remained. In memory of that, there is only the name of two roads: Mura di Ponente and Mura di Levante. As for the fifteenth-century towers only two has remained, even if they are incorporated in subsequent constructions.

The old town centre is the highest expression of life and history of the population, and the one of Specchia is considered the most beautiful of the Salento area. Still today, it reveals a medieval system enclosed in a 700 meters long circle, that corresponds with the perimeter of the ancient walls. Around the primitive nucleus, constituted by the castle, a series of houses and roads were slowly built around it, as the population increased significantly. The most striking thing is the one placed behind the castle. Here the steep nature of the place transformed the streets in stairways creating a prospective game and a scenography that you can't see easily in the rest of Salento.

Everywhere you can see short, narrow streets that sometimes reveal glimpses of the plain below and other times end in alleys or open up onto courts, almost like small squares, with stacks made with the local stone to wash clothes, with the common tank and the cultivated flowers. These courts represent the ancient lounges of the people, who spent great part of the day outdoors and came into the house only to eat and sleep.
But the old town centre of Specchia does not only hide great things on every street corner, but also below them. You must absolutely visit the undeground olive oil mills, that date back to a period of time between 1500 and 1800.
They were built underground for two reasons: the simplicity of excavation was more convenient than building on the ground level; moreover, it was easier to keep a constant temperature of about 20°C degrees: this is the optimal temperature for the separation of the so-called santina from the oil itself.
Another expedient was to place the mouth of the mill to south, to defend themselves better from the north winds.

The story tells that during the Kingdom of Naples, Salento had the supremacy in the olive oil production; in fact, Capo di Leuca is full of these architectural structures that are now abandoned.
Olive oil mills were the fundamental economic resource of this land.

Risolo Castle
Risolo Castle is a sixteenth century building located in the historical center of Specchia.
Via Umberto I, 3, Specchia
Mother Church
The Mother Church of Specchia dates back to 1605 and has a Baroque architecture.
Via Umberto I, 25, Specchia
Black Franciscans' Convent
The Church of the Black Franciscans of Specchia and the adjoining Convent have a certain date, th...
Via Giuseppe Garibaldi, 27, Specchia
Girolamo Comi Museum
The Girolamo Comi Museum is hosted inside the homonymous palace of Lucugnano, in Puglia.

SP184, rione Sant’Eufemia, Tricase (Lecce)
3.78 Kilometers from Specchia
Bitonti Palace
The Bitonti palace, in the village of Montesano Salentino, in Puglia, was built around 1821.

Via S. Donato, 2, Montesano Salentino (Lecce)
4.32 Kilometers from Specchia
Tutino Castle
The Tutino Castle is located near Tricase, in Puglia.

Piazza Castello dei Trane, rione Tutino, Tricase (Lecce)
4.32 Kilometers from Specchia
Padula Mancina
The "Padula Mancina" is an environment acquitrinoso situated to the west of the territory of Mont...

Via S. Donato, 2, Montesano Salentino (Lecce)
4.32 Kilometers from Specchia
Calvary
an apse of a hypothetical church where the nave is the road, side walls are the scenes road and t...

Via S. Donato, 101, Montesano Salentino (Lecce)
4.50 Kilometers from Specchia
Aragonese castle
The castle of Otranto, in Salento, gave the name to the first gothic novel of history.

Via Papa Costantino I, Otranto (Lecce)
27.92 Kilometers from Specchia
= distances as the crow flies

Strada Provinciale per Miggiano, km 1, n. 53, Specchia
Masseria Uccio
Entirely made with stones and tuffs of the place is a testimony of the ancient peasant civilizati...

Via Madonna del Passo 68, 73028 , Otranto (Lecce)
27.85 Kilometers from Specchia
B&B Centro Storico
The Bed & Breakfast Centro Storico rises in the heart of Otranto, on the ground floor of the anci...

Fair of the Madonna del Passo

Our news about Specchia

Villa La Tonnara in Porto Cesareo, Salento and villages for connoisseurs
Specchia, Presicce, Seclì. A set of axes of villages that the Salento shows off on its carpet of seductions. Atmospheres suspended in time, with the harmony of the architectures, the slow rhythms, the art choreographies framed by the succession of olive trees with silver foliage while on the coast the beaches are facing crystal waves. And to enjoy the best of Salento, you need to know how to choose the right place to stay. Vil...
Continue
Recipe: Potato pitta
A typical dish of Salento cuisine suitable for a dinner or an appetizer, to be enjoyed both hot and cold. The pizzaiola potato pitta consists of a kind of rustic two-layer focaccia baked in the oven based on potatoes, cheese, breadcrumbs and eggs and with a filling of fried onion, tomato sauce, black olives and capers.Let's see how to prepare it. Ingredients 1 kg of yellow-fleshed potatoes1 large egg200 gr of grated pecorino / parmiggianoo...
Continue
Recipe: Pasticciotto Leccese
The Pasticciotto Leccese has a long history behind it. Born as a simple makeshift dessert, obtained from what the fantasy suggested, back in 1475, to the Galtina pastry chef, Nicola Ascalone. It is said that on the occasion of the celebrations in honor of St. Paul, the Patron Saint of Galatina, Ascalone did not know what sweet to do for the many pilgrims who came for the party. Finding pastry leftovers with shortcrust pastry and simple custard, he had the idea of covering oval-shaped molds with pastry, pour in some cream ...
Continue
Borghi Photo Marathon 2018: photos and the award ceremony at the TTG in Rimini
Yesterday at the TTG Travel Experience, the main B2B tourism marketplace in Italy, was the award ceremony of the Borghi Photo Marathon 2018, a photo event organized by Yallers Italia in collaboration with Borghi Magazine, which saw photography enthusiasts working to capture the best of the colors and emotions of the selected villages. The president of the Yallers Italia association, Giorgio Monticelli, presented the award ceremony showing all the spirit of the association and, congratulating all the collaborators and sponsors, "di...
Continue