Share
Triora is a beautiful medieval village, located in the Western Ligurian Riviera, perched in the beautiful Argentina Valley. It owes its name to "Tria-Ora" (three mouths) indicating the three main products of the place (wheat, vines and chestnuts). But it is due to the tragic story that occurred in the years 1587-89 that it is still known as the Country of Witches. 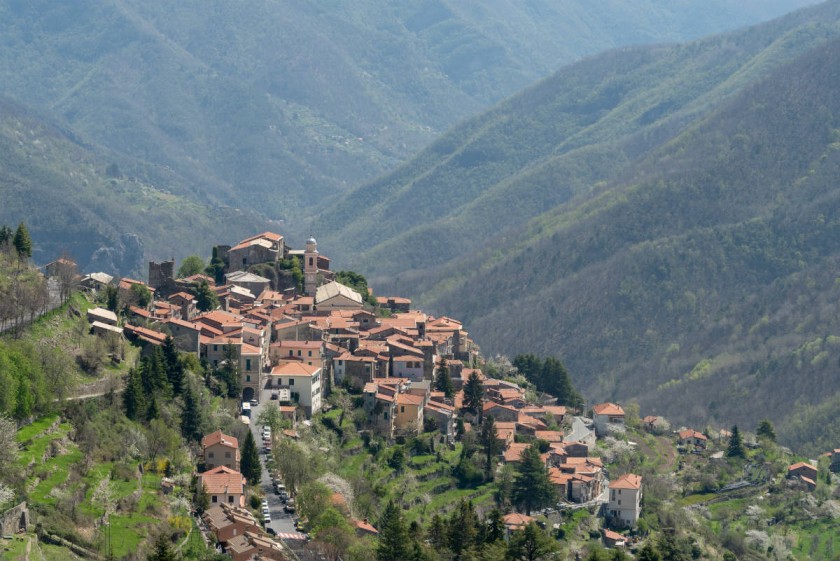 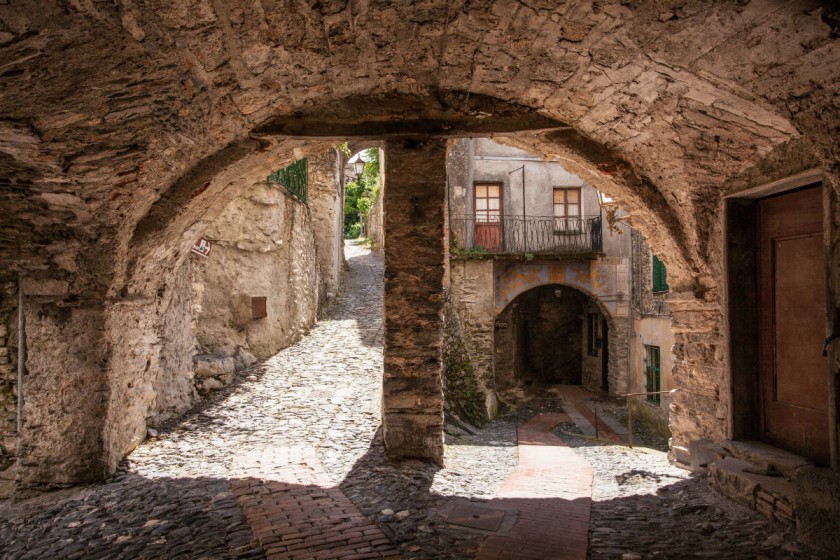 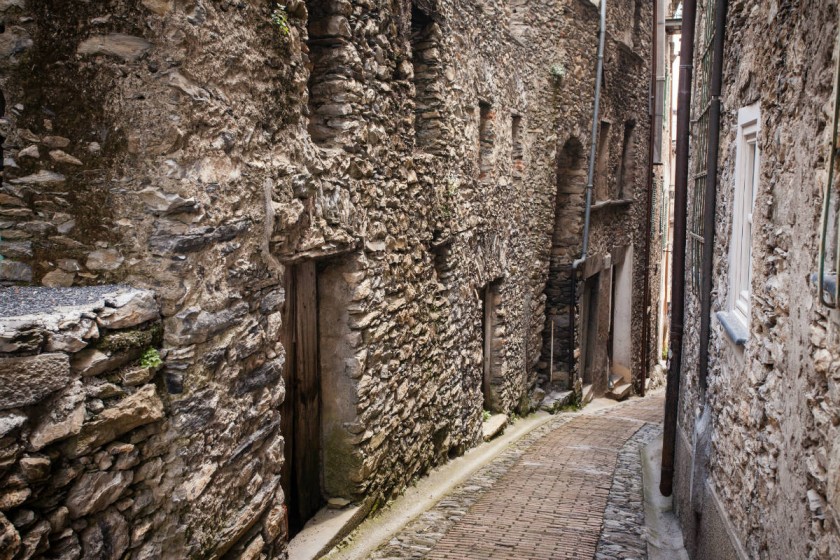 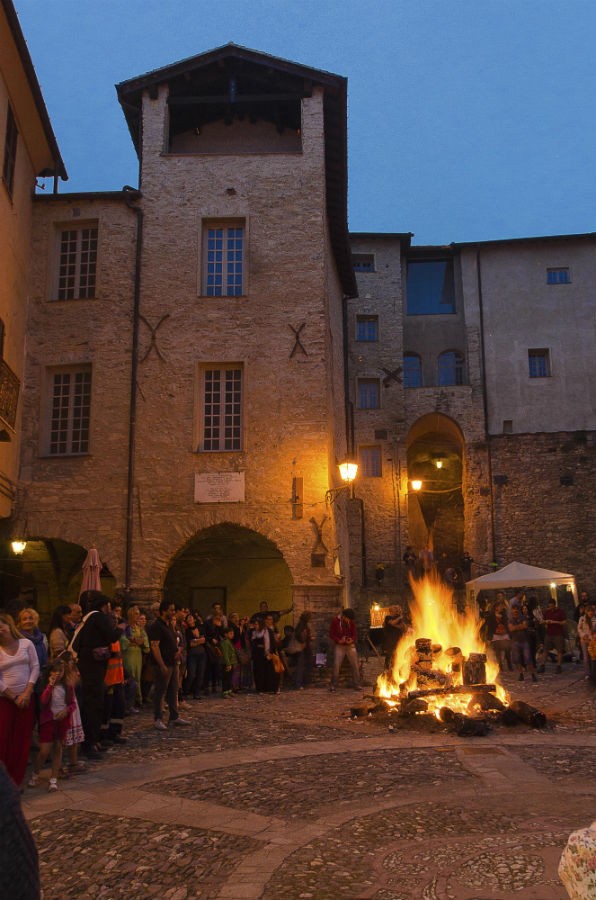 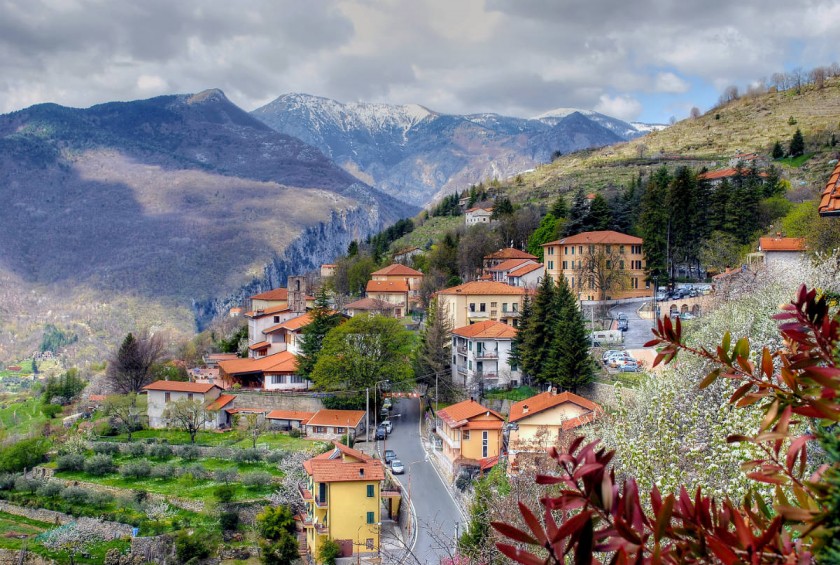 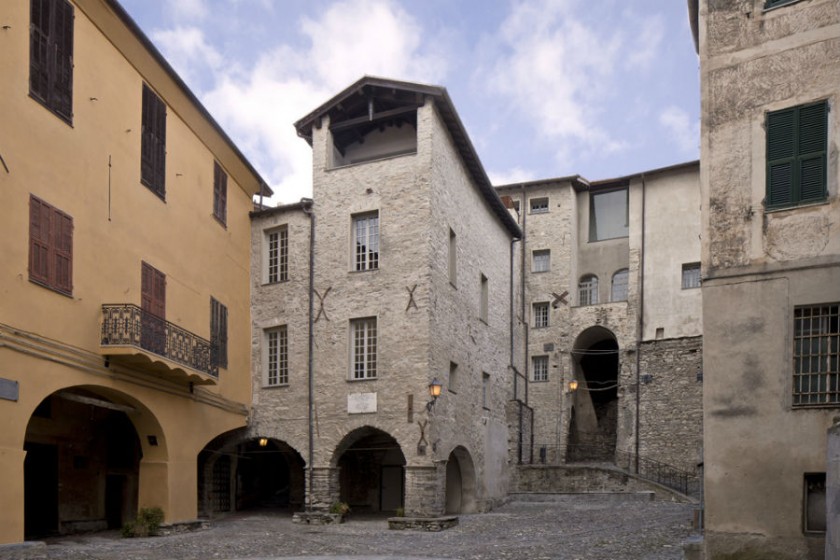 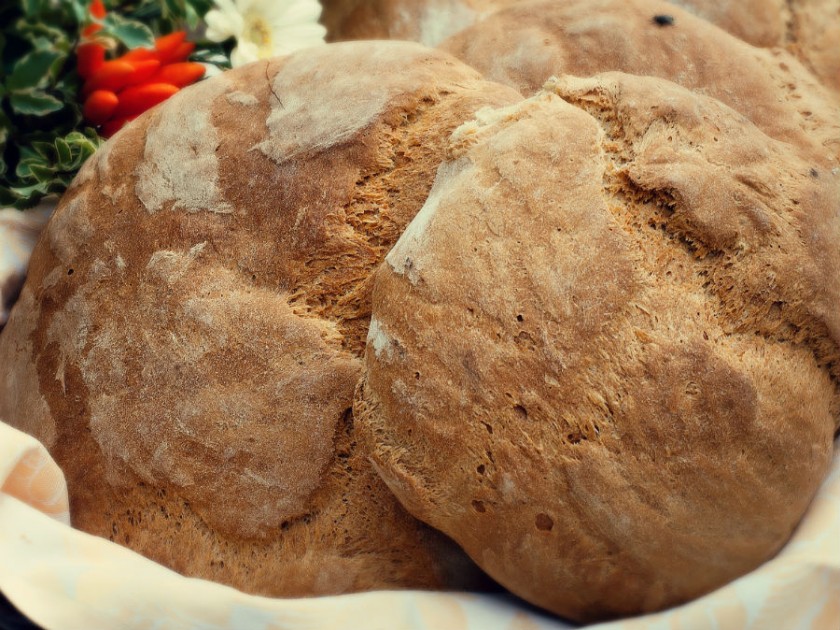 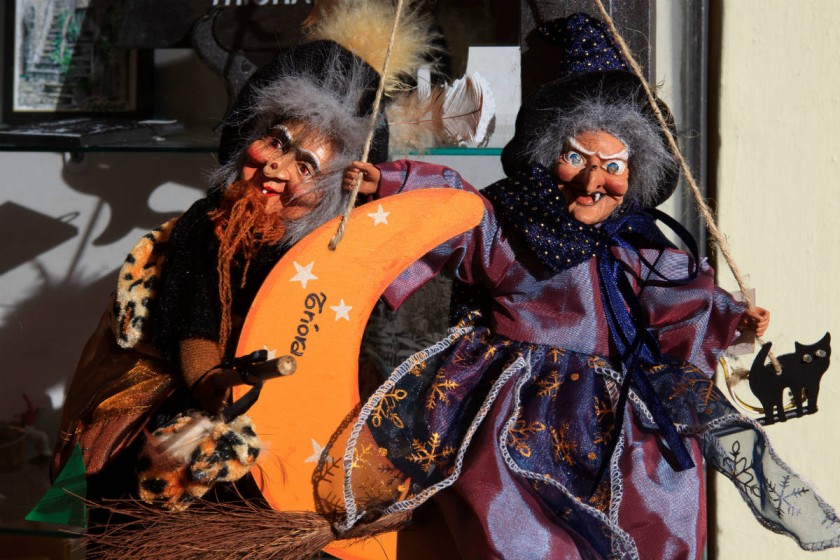 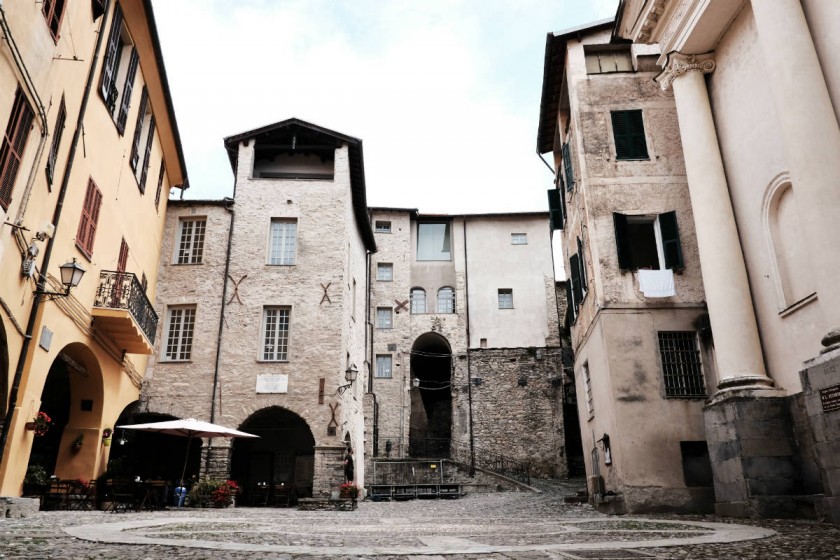 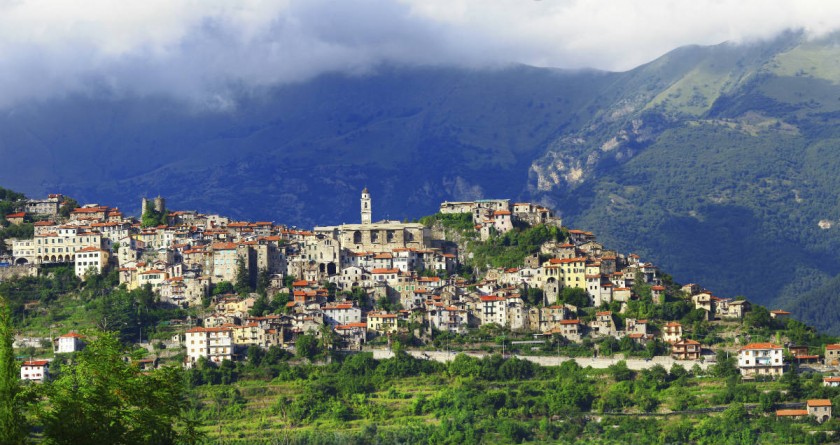 A look at Triora

The village of Triora is located in the Argentina Valley, in Liguria. It originated in Roman times, from the tribe of the Ligurian Montani, who submitted themselves to the Roman Empire after long struggles in the territory. Later it became a possession of Count Badalucco (politically dependent on the accounts of Ventimiglia), around the twelfth century, and began to establish alliances with neighboring villages and villages, especially those closest to the expansionist policy of the Republic of Genoa.

The close political proximity with Genoa led to the passage of Triora as a new feud of the Genoese Republic in an act of 4 March 1261, which was then signed on 8 November 1267. The transfer of property greatly benefited the country and the village - especially for the many concessions offered by the Genoan capital, including the free capital punishment - so as to become the commonplace of the new podesteria including the villages - now commonly used for all - of Molini of Triora, Montalto Ligure, Badalucco, Castel Vittorio, Ceriana and Baiardo.

The creation of new walls and the erection of five defensive castles created a sort of fortified, almost inexpressible nucleus, which put the troops of Emperor Charles IV in the tenth conquest of the village tough. In spite of the disagreements created, the population responded positively to war calls, especially in the famous Battle of Meloria of 1284, where Triora and his podesteria sent in the naval battle against Pisa about two hundred and fifty whippers in support of Genoa.

After a period of peace from the 15th to the 16th century, where churches and other works of art were built, Triora's local history testifies to the famous witchcraft of 1587 to 1589. Some local women were accused of being the artifacts of the pestilences, acid rain, killing livestock and even cannibalism towards children in bands. Condemnations for alleged witchcraft caused the death of several girls and even a boy. Even today the country is known for its witches (or presumptions) that subsequently triggered similar reactions in other Ligurian and Italian villages.

In 1625 the Piedmontese army of the Duchy of Savoy sought in vain the conquest of the village, which defended its lands unambiguously, unlike other neighboring countries that - given to the flames - surrendered to the Savoy. In the course of the 20th century, Triora's history suffered, according to some, for continued clashes between directors, considerable governmental controversies, especially in the municipal territory, also following the establishment of the Molini di Triora in 1903. The Second World War contributed drastically to the collapse of the commune, where Nazi fury fluttered furiously on July 2 and 3, 1944. The village was burned down and broke into the entire quarters of the city, causing its sudden depopulation.

The village is characterized by the typical medieval urban structure common to other stone villages in the Ligurian hinterland. The peculiarity lies above all in the ancient part of the village, a collection of alleyways and stone houses lying just below the highest part of the borough, as if it were buried. Here you can see very ancient structures, such as an old storeroom for the preservation of salt or votive nicchiette at fountains and washbasins. The atmosphere that pervades the village is strongly suggestive, especially on a daunting day.

They are worth a visit to Triora Castle and the Regional Ethnographic Museum and Witchcraft.

The village of Triora is also famous for the excellence of some typical gastromy products, first of all the Bread of Triora, traditional local bread, cooked in low shapes and wide weights of about 850 grams. Other excellence is the Alporia cheese from Triora and Bruss, a traditional milk derivative similar to a creamy cheese that can be spread very strongly.

Village of Triora
Municipality of Triora

Triora Witchcraft Museum
The Witchcraft Museum is situated in the village of Triora, in Liguria.
Corso Italia, 1, Triora
Church of San Bernardo
Inside the church you can admire the cycle of frescoes by Giovanni Canavesio on Passion and the F...

Piazza Umberto I, 1,, Pigna (Imperia)
10.53 Kilometers from Triora
'The land and the Memory' Museum
The museum is hosted in the local "sottopiazza" of the medieval village of Pigna, accompanies the...

Via Borgo, 2, Pigna (Imperia)
10.57 Kilometers from Triora
Castle of the Lizard
The Feudal castle was erected in the X century approximately by the counts of Ventimiglia and bel...

Piazza Vittorio Emanuele, 3, Apricale (Imperia)
15.12 Kilometers from Triora
Church of the purification of the Virgin Mary
on the top of the bell tower was fixed a bicycle facing upwards.

Via Fiume, 1, Apricale (Imperia)
15.16 Kilometers from Triora
The Church of Santa Maria degli Angeli
The Church fortress of the Madonna degli Angeli dates back to the year 1000. Transformed into a p...

Via degli Angeli, Apricale (Imperia)
15.28 Kilometers from Triora
Ancient Musical Instruments Museum
The Museum of ancient musical instruments is located in the village of Seborga, in Liguria.

Piazza Don Francesco Lombardi, 4, Bussana Nuova, Sanremo (Imperia)
19.52 Kilometers from Triora
Church of the purification of the Virgin Mary
on the top of the bell tower was fixed a bicycle facing upwards.

Via Fiume, 1, Apricale (Imperia)
15.16 Kilometers from Triora
= distances as the crow flies

Find where to sleep in Triora

Via S. Nicola 9, Cervo (Imperia)
28.75 Kilometers from Triora
= distances as the crow flies

Feast of St. John the Baptist

Patronal Feast of the Assumption

Patronal Feast of the Nativity of the Virgin Mary

5 villages with ghosts and witches for Halloween
Five villages to be discovered during Halloween, atmospheres full of charm and mystery, spirits that linger in castles and witches who wink from the darkness: 1. Triora (Imperia) It is par excellence "
Continue
For all the witches of the village of Triora
Walking through the alleys of the village in the province of Imperia, it is clear that the place has something mysterious. In the maze of narrow streets, passing under a bow and another among the slate houses, a magical, macabre, charm amidst the atmosphere of the Witchland, Salem Italiana, Triora. Famous for its bread and for the terrible court case of witches in the second half of the 1500s, Triora almost seems to boast that charm. Many details in the village, between the sacred and the profane,...
Continue