Share
Very characteristic are the roads, streets, alleys of the town, such as c'nant, downhill alleys composed of steps that allow easy passage from one road to another. The oldest nucleus of the town developed around the building improperly called Castello: in fact, rather than a castle, it is a ducal palace. The renovations and modernizations of the past thirty years have made the country lose its oldest, most ancient and authentic face. 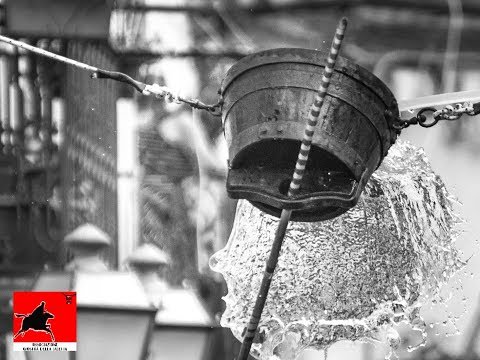 the village of San Marco la Catola was founded by some veterans of the sixth crusade. An ancient tradition tells that in 1228 Federico II, the supreme head of the sixth crusade, after the conquest of Jerusalem, freed many Christians made prisoners in previous crusades; several of them followed the king in Puglia, and, with your permission, stood on the hill where now stands the country, building, in addition to their homes, even a small church dedicated to the evangelist San Marco.

According to official documents, in 1369 the queen Giovanna I of Naples revoked the exemption from taxs of which the inhabitants of San Marco had hitherto benefited. In 1441 Alfonso I of Aragon entrusted the country to Leone di Sant'Agapito, coming from a noble family of Lucera. In 1505, with the marriage between Midea of Sant'Agapito and Carlo Gaetano, the feud passed to the family Gaetani d'Aragona. In 1637 Francesco Gaetani d'Aragona was appointed the first duke of San Marco. When Violante Gaetani, last descendant of the family, who had inherited the fief, married Pompeo Pignatelli, brought a dowry in the feud of San Marco. The Pignatelli maintained the feudal until the eversion of feudalism (1806). In 1821 Giovanni Pignatelli ceded the properties of the palazzo ducale for 1000 Ducati, and also sold the land of his property in the countryside of San Marco.

Starting from 1860 and 1863 the surrounding territory San Marco was affected by the phenomenon of brigandage, so to induce the Government official responsible, Lieutenant Colonel Fantoni, to adopt in January 1862 a decree of interdiction of the woods of San Marco and the surrounding municipalities of citizens who were unable to work or pass through. On 22 October 1863 in a gunfight with the mobile guard was wounded and captured the bandit Titta Varanelli, which was then shot in piazza and left for two days to admonition of the population.

Certainly deserve a visit the Sanctuary of the Madonna of Josafat and the castle, also called Palazzo Ducale.

The carousel of Jaletta ("U jòc from Jalètt" in dialect sammarchese) is an equestrian tournament, which rotates around a tub of wood staves with below a slit ring: jaletta precisely. At San Marco la Catola 20 August each year, the day after the feast of the patron saint San Liberato Martyr, beneath the walls of the castle of the Duke Pignatelli takes place this ancient knightly game - perhaps the only one of its kind in the entire region of Puglia.

For the occasion will face 4 Knights for each district (for a total of 7 districts that include: Vall Saccon, Via Nov d Sott, Tired Cavall, U Giardin, Saint Lorenz, Port The ammont and Port The abbasc) in an attempt to slide the rod (in dialect sammarchese "vérja") into the slot under the jaletta, which filled with water is hung to a rope between two balconies. Every time that a knight, in an attempt to insert the rod in the Jaletta, Everts on him the bucket full of water, it triggers the laughter of the public and supporters; when instead manages in the undertaking, receives the premiums and a score depending on the pace of the horse: 5 points to the gallop, 3 points for the trot and 1 point for the step. It goes without saying that the faster pace and the lower the risk of getting wet. The score is assigned by a jury composed of a variable number of components.

At the end of the carousel will be the winner the rione will have scored the most points. An announcer directs the motion of the race and the comments in dialect, appellando knights with their nicknames and taking around those more clumsy. The tournament is held in the afternoon; but already from the morning the town comes to life with a parade of all the teams on horseback. The teams, in addition to the 4 horsemen, are composed also by a head-team, which has the task of representing the team at the jury and a bridesmaid in representation of the rione.

The oral tradition attesterebbe that a time (perhaps even two centuries ago) in place of the carousel of the Jaletta at San Marco la Catola they used to do the Carousel del Saraceno: a puppet mobile, rotating around a rod with a stretched out arm and ready to strike the knight, in the case in which the latter, instead of inserting the rod into the ring hung in the other hand of the "Saracino", had accidentally hit the bust of the latter. With the passing of time instead of "Saracino" it was thought to hang a big secchia bearing fixed on the bottom of a hole in the shape of a ring.

Piazza Umberto I, 1 , Celenza Valfortore (Foggia)
4.58 Kilometers from San Marco la Catola
Norman Tower
From the top of the Normar Tower you can enjoy a wonderful panorama upon the village of Pietramon...

Via Arco Ducale, Pietramontecorvino (Foggia)
10.22 Kilometers from San Marco la Catola
The Church of Annunziata
Probably built in the course of the XVI century, outside the walls of the ancient town center, is...

Piazza Cavour, Pietramontecorvino (Foggia)
10.26 Kilometers from San Marco la Catola
Prior's Tower
The Palace and the Tower of the Grand Prior of Alberona, in Puglia, dates back to the XII century.

Via Arco Ducale, Pietramontecorvino (Foggia)
10.18 Kilometers from San Marco la Catola
Saint Michael Archangel Cave
This cave is one of the most important places of pilgrimage in the region of Gargano, Apulia.

Via Monte Girone, 23/25, Bovino (Foggia)
41.34 Kilometers from San Marco la Catola
Residence 'La Falesia di Paola'
La Falesia di Paola is located in a small and pacific point of the village of Vieste on the Garga...

Via Marie Petit Pierre, 1/7, Faeto (Foggia)
26.06 Kilometers from San Marco la Catola
Cantina Il Trappeto
The surrounding area is the basic ingredient of the genuine dishes of the Casentino and Tuscan tr...

Via Asiago 1 , Pietramontecorvino (Foggia)
10.17 Kilometers from San Marco la Catola
Punto & Pasta
In the village centre there is this pastry shop-bakery that produces orecchiette, cavatelli, home...

Villages between Puglia and Irpinia
Foggiano and Irpinia. You said everything, you said a lot. Think of the province of Foggia. Very extensive. From the countries immediately after the Bari and the Bat, here already Cerignola, historical and big agricultural reality, the city of the trade unionist Di Vittorio. From here we go inside, going towards Candela and the Subappennino Dauno, 49 villages set in the not very high mountains of this particular southern and Apulian mountain r...
Continue