Share
Surrounded by mountains, it is located in a territory, half flat and variously cultivated with traditional methods and the rest hilly. Of medieval origin, it was surrounded by walls and equipped with a ducal fortress. The underlying herringbone-shaped historical core, with its intertwining of narrow and twisted alleys, is called Terravecchia. 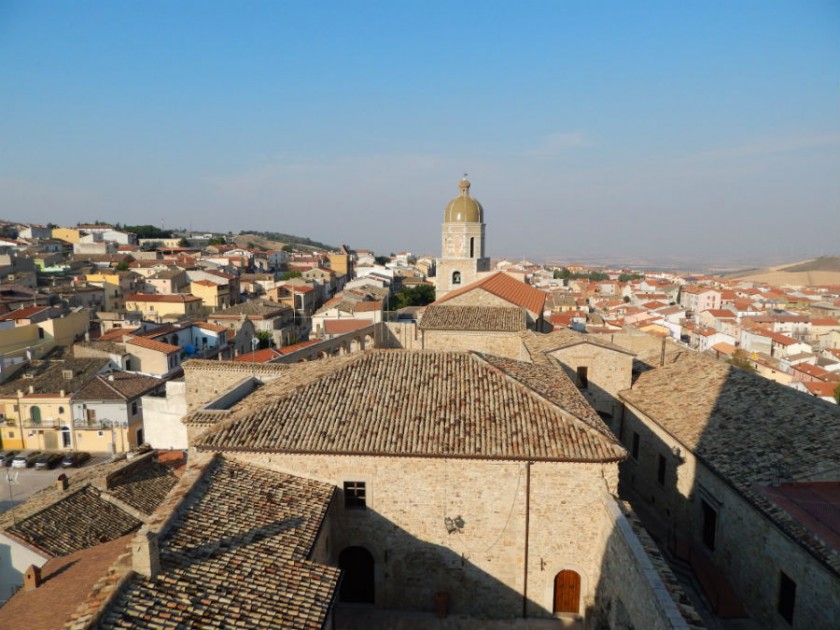 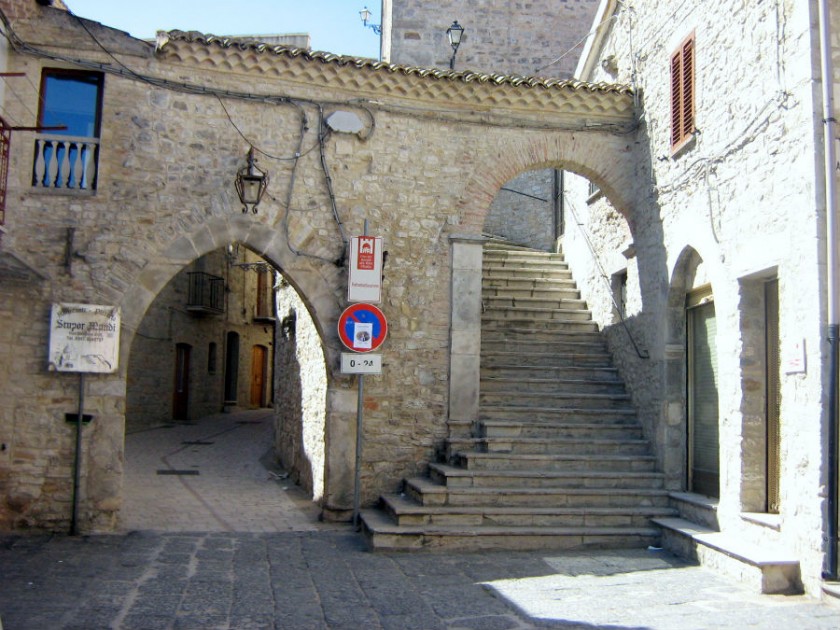 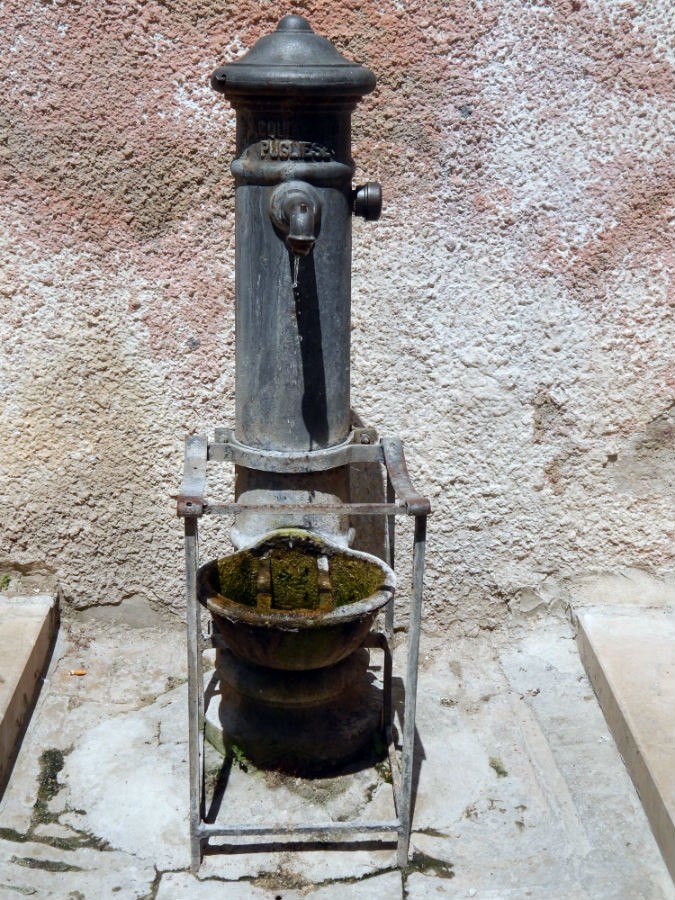 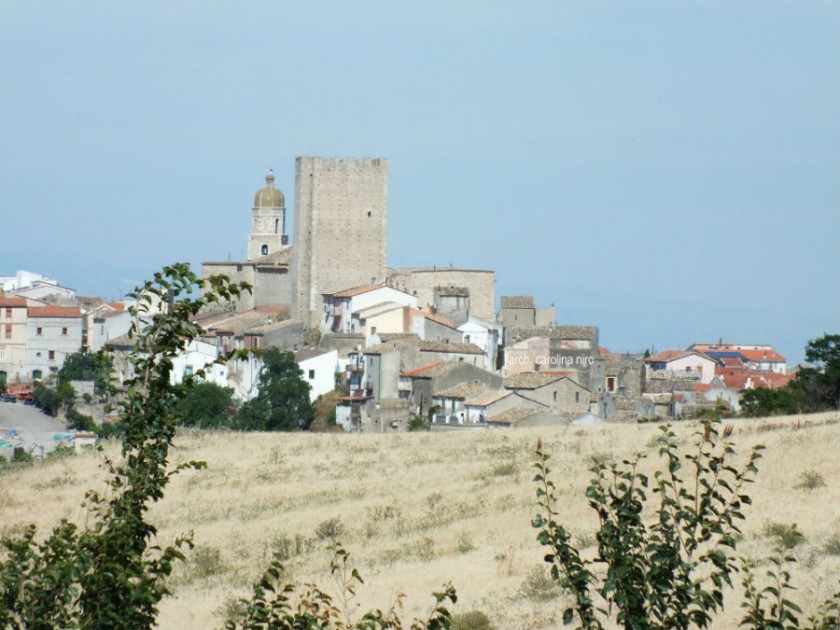 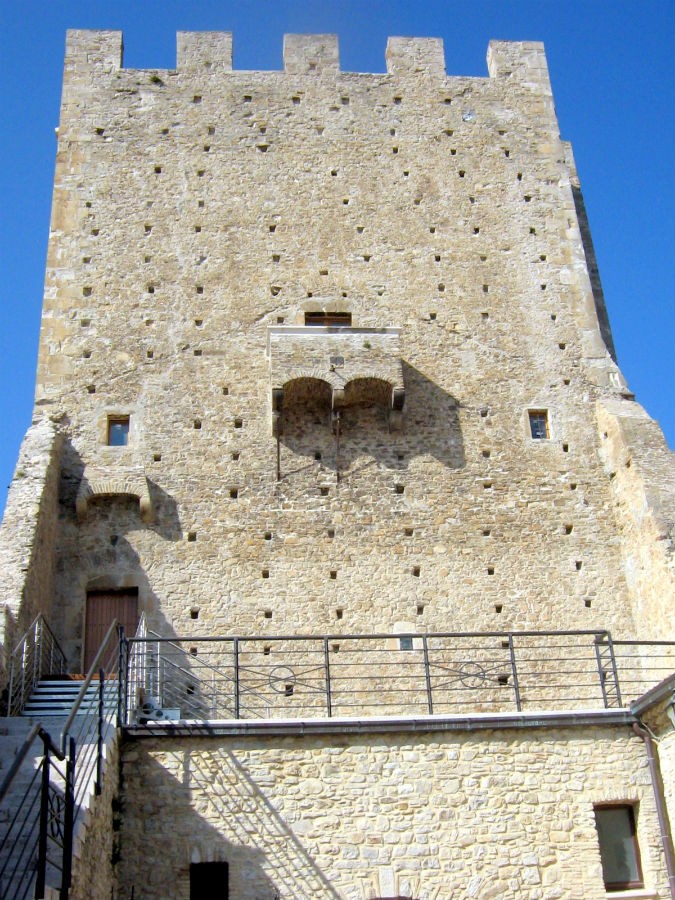 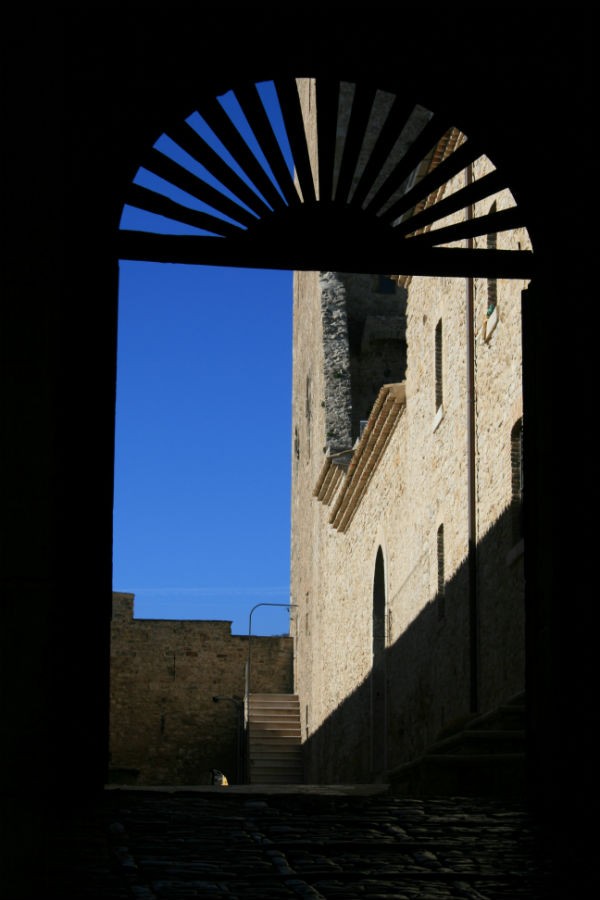 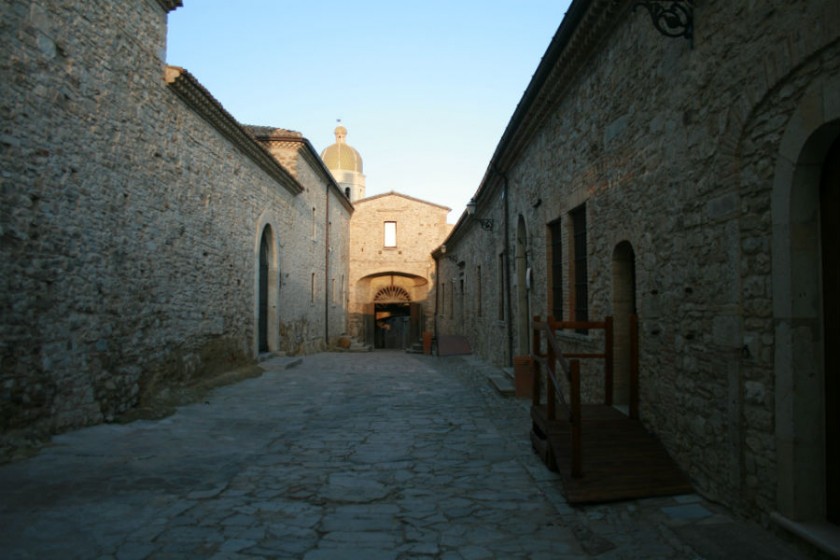 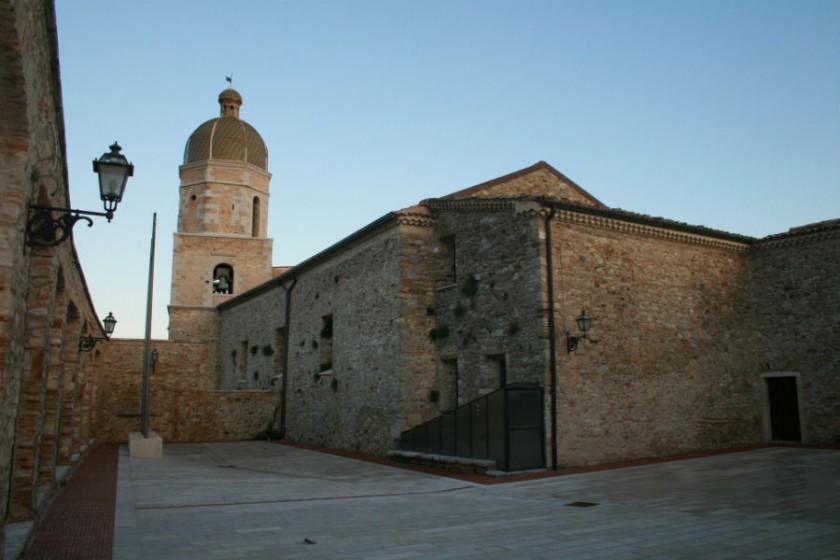 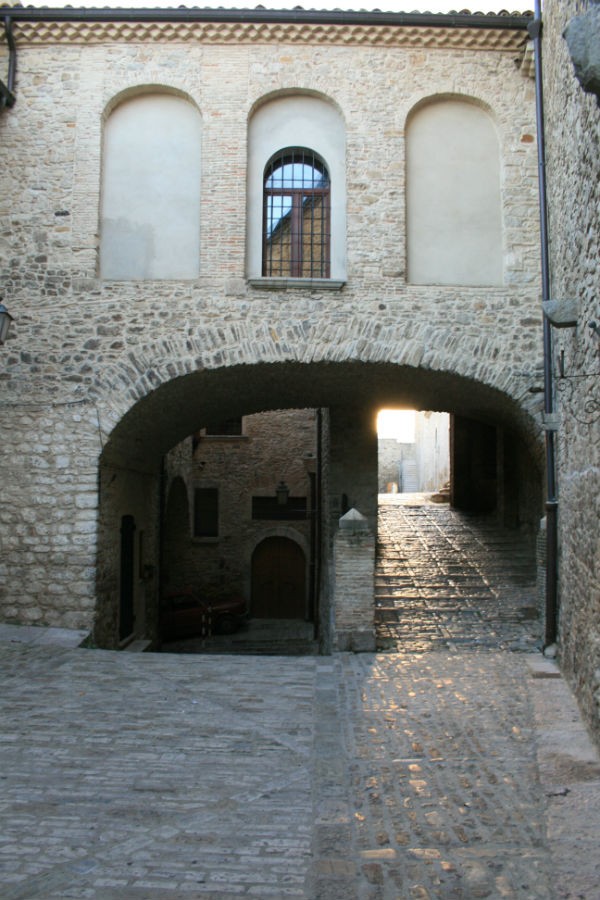 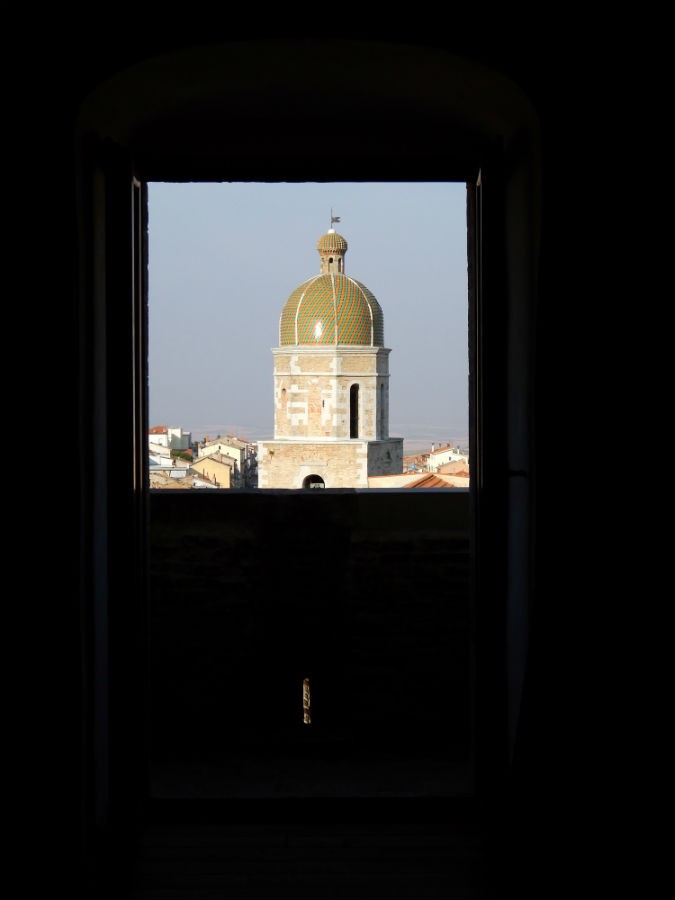 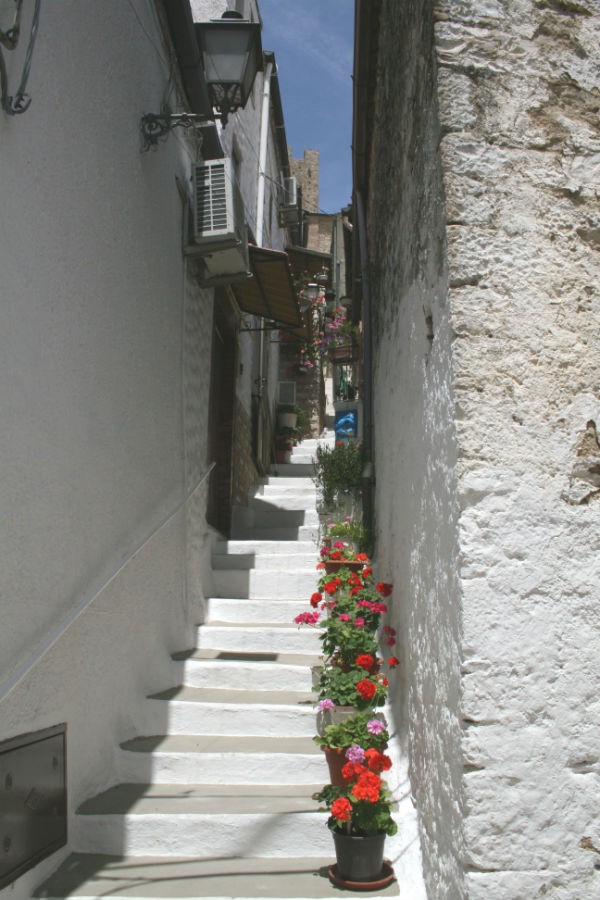 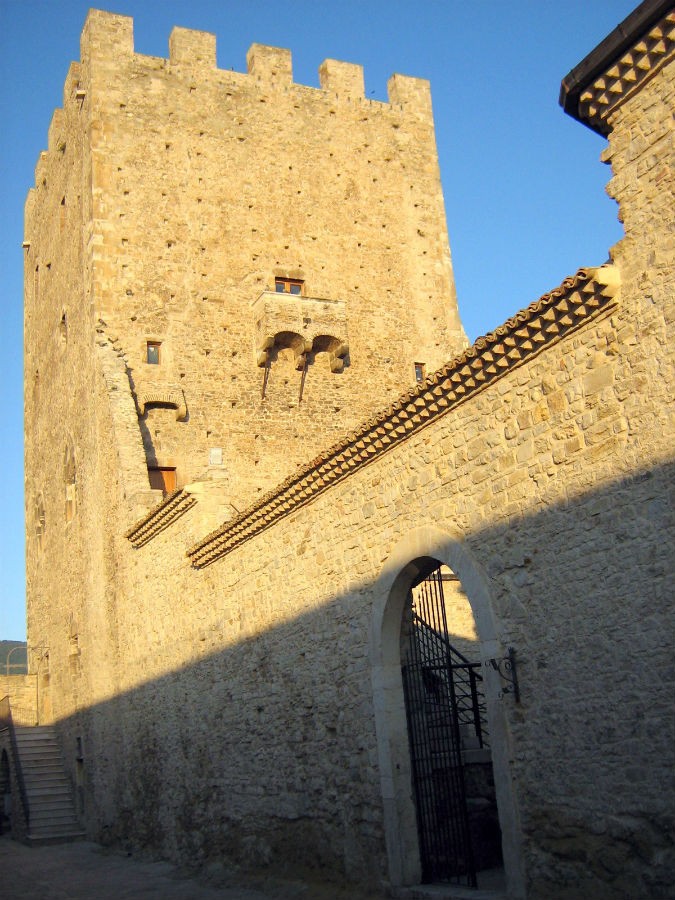 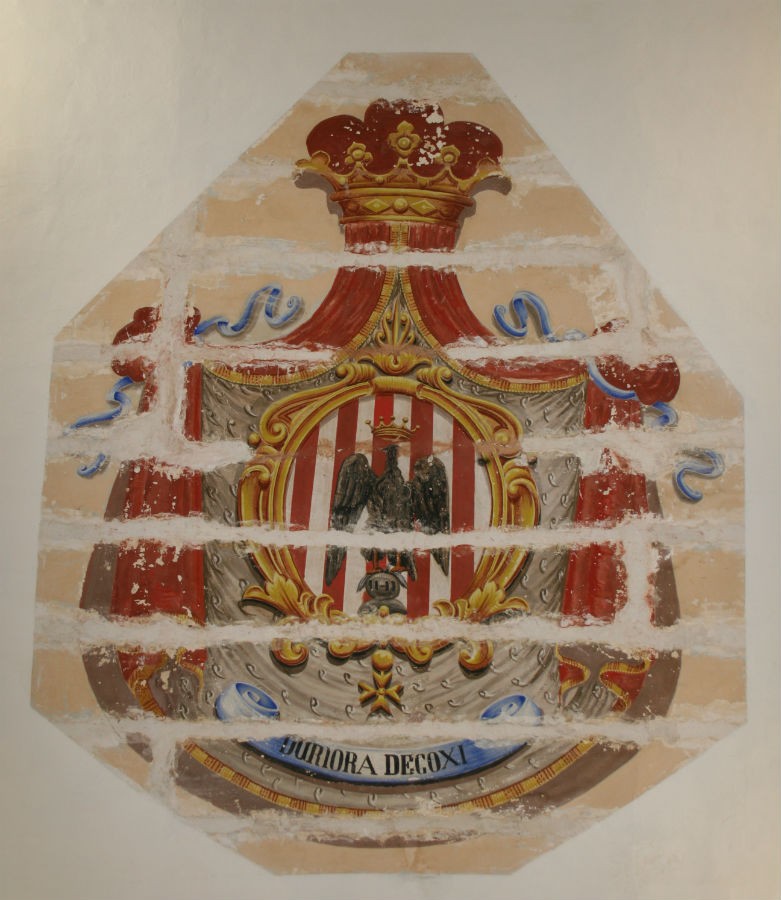 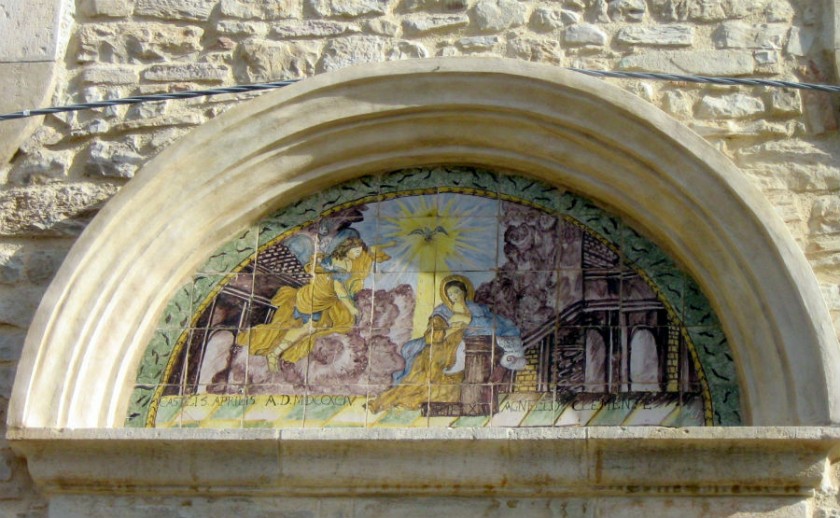 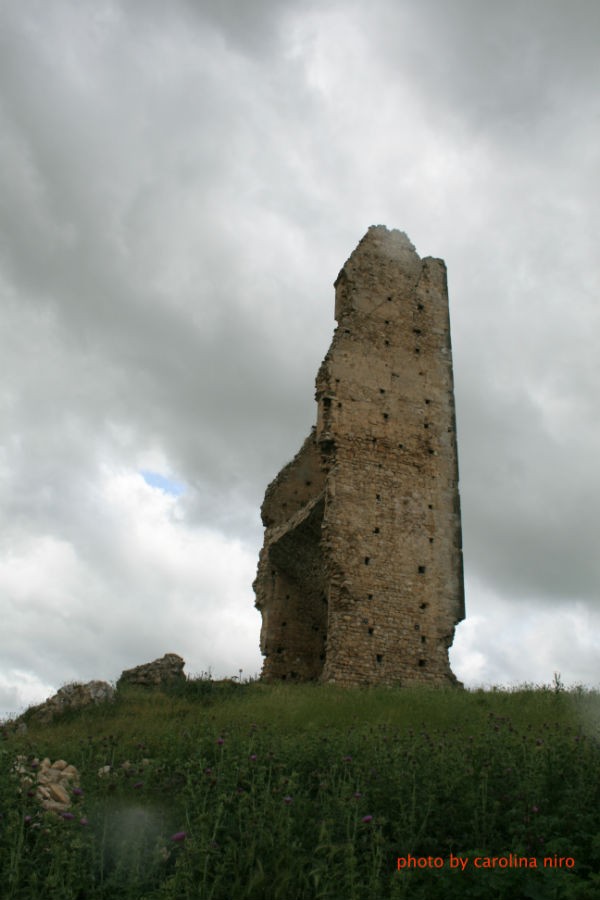 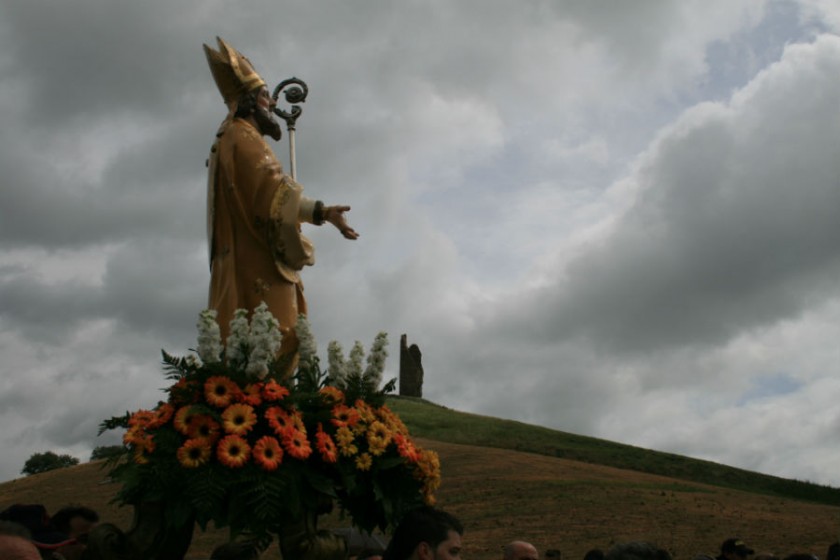 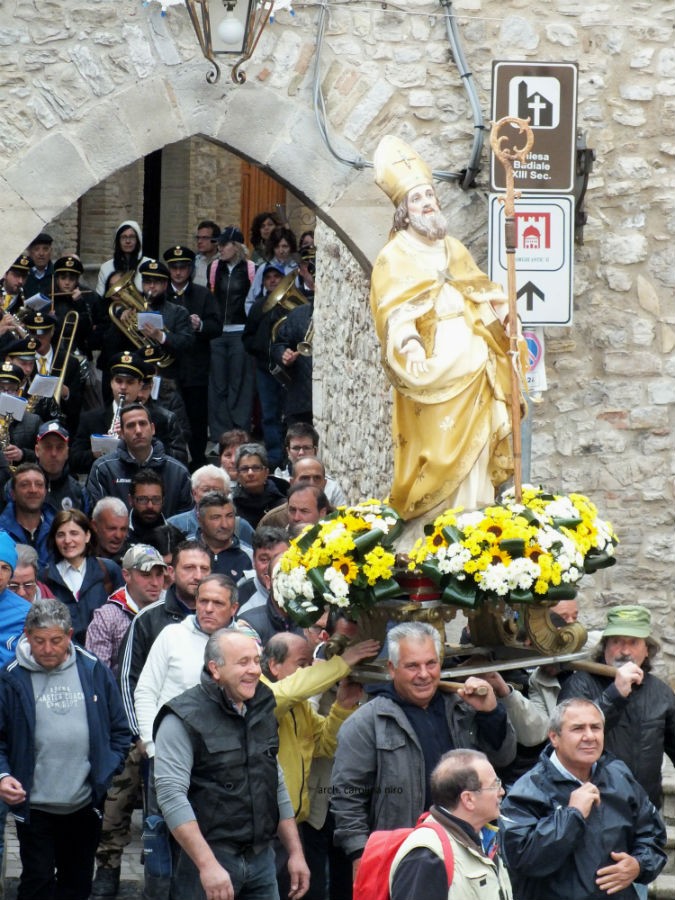 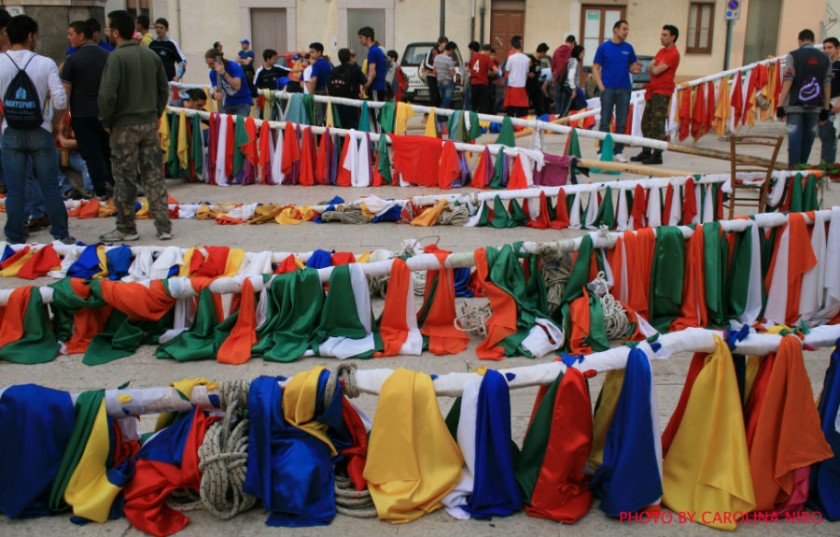 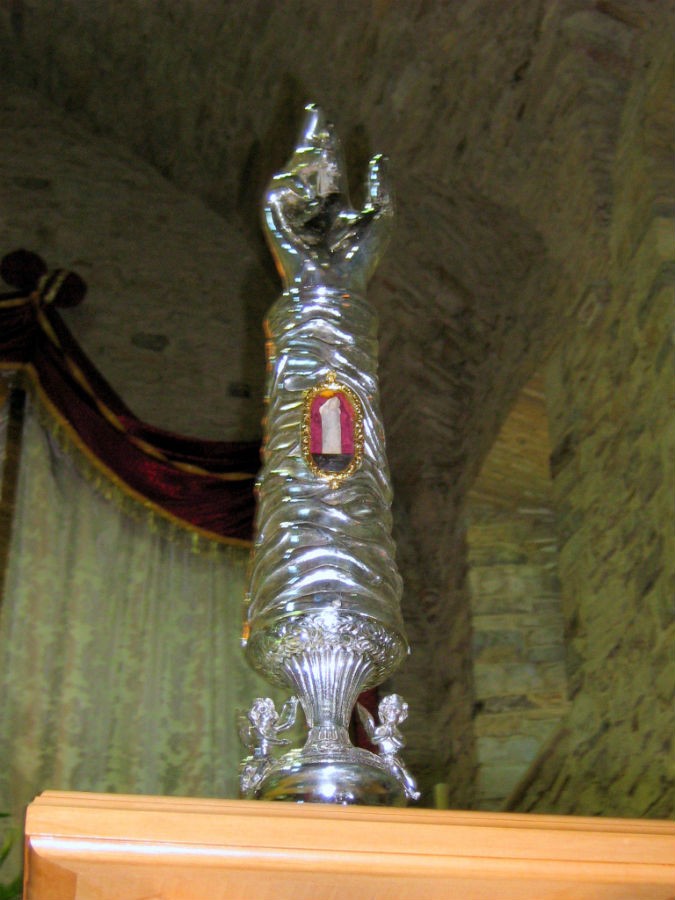 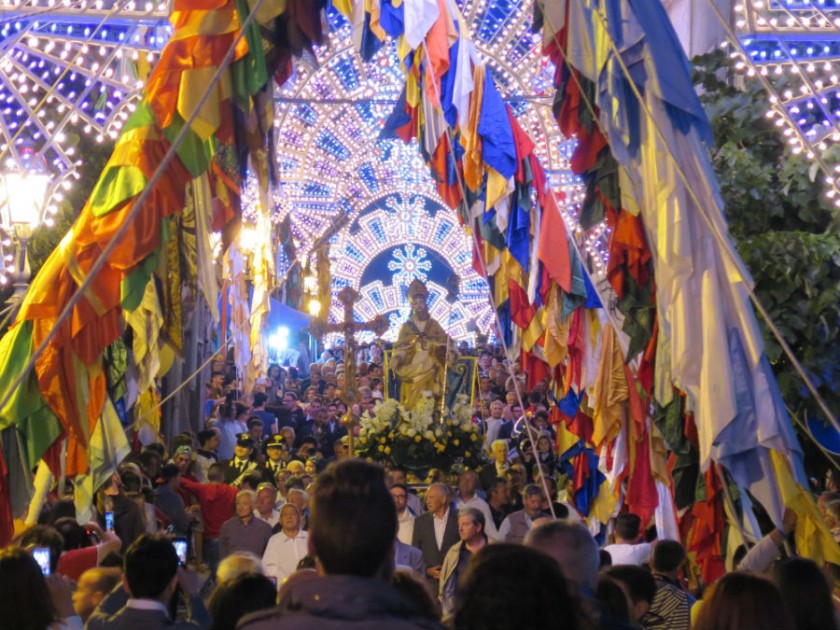 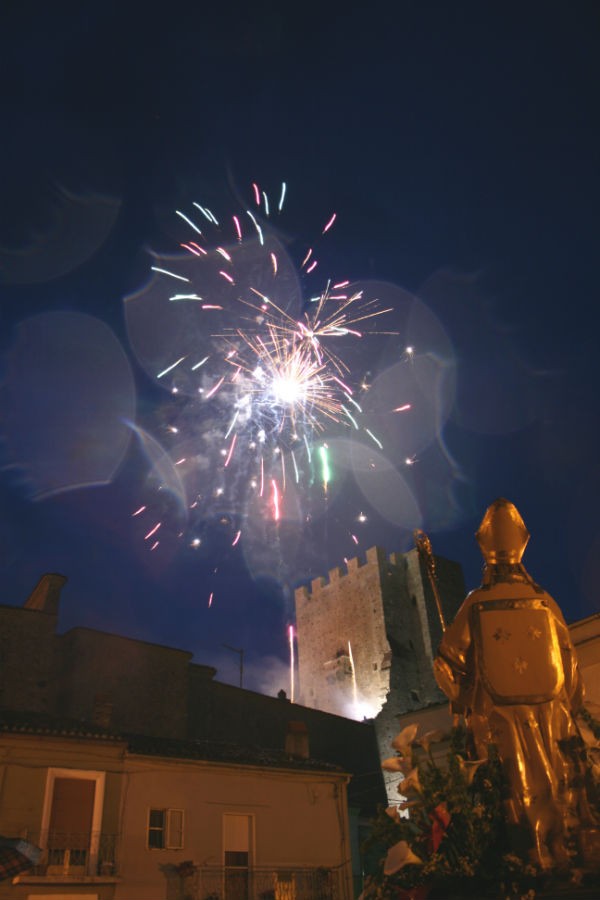 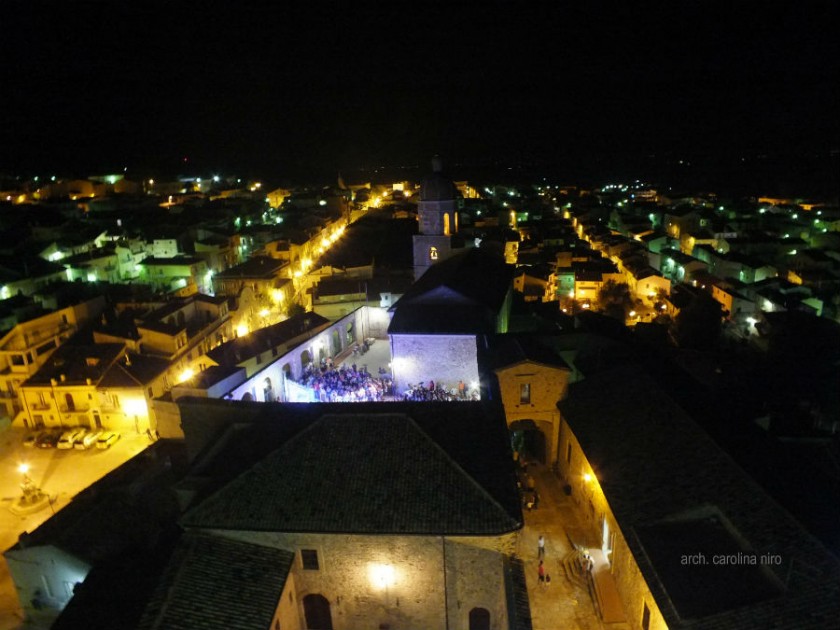 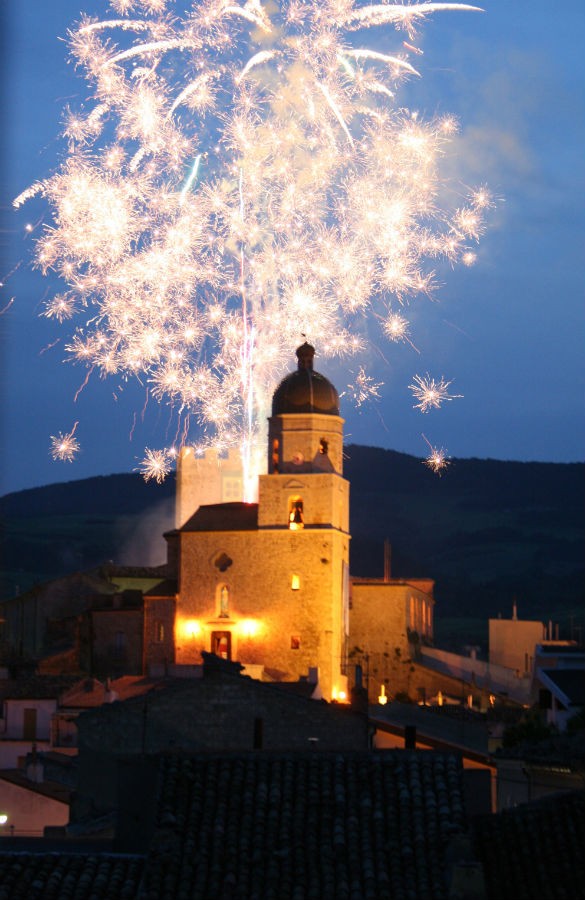 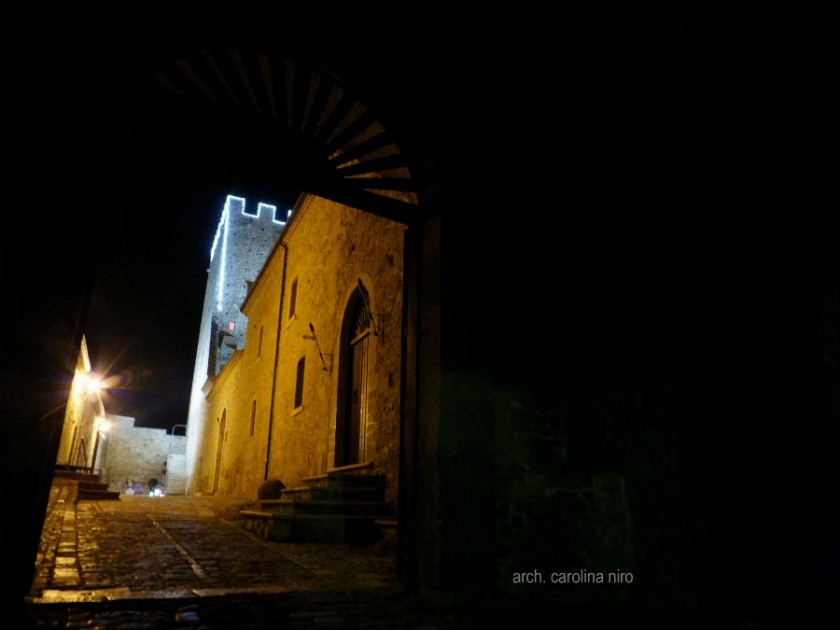 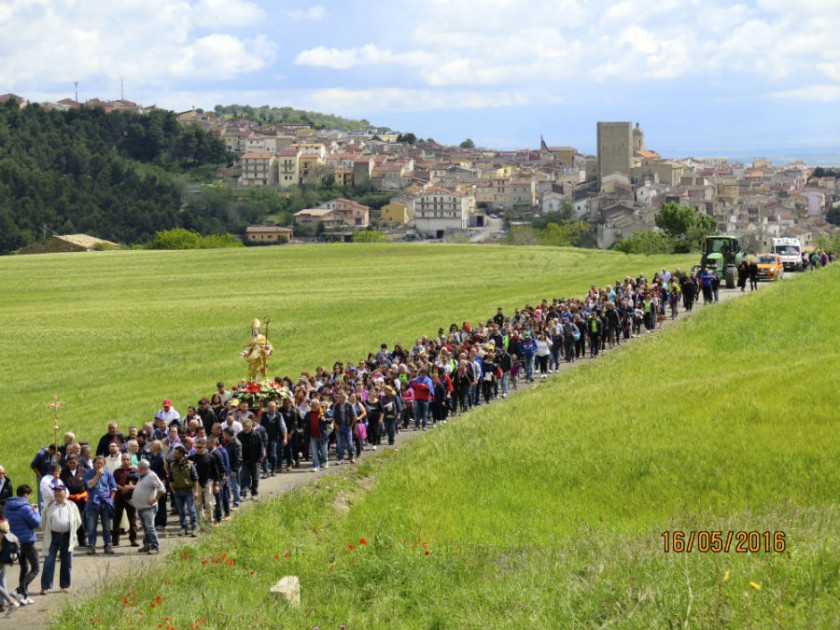 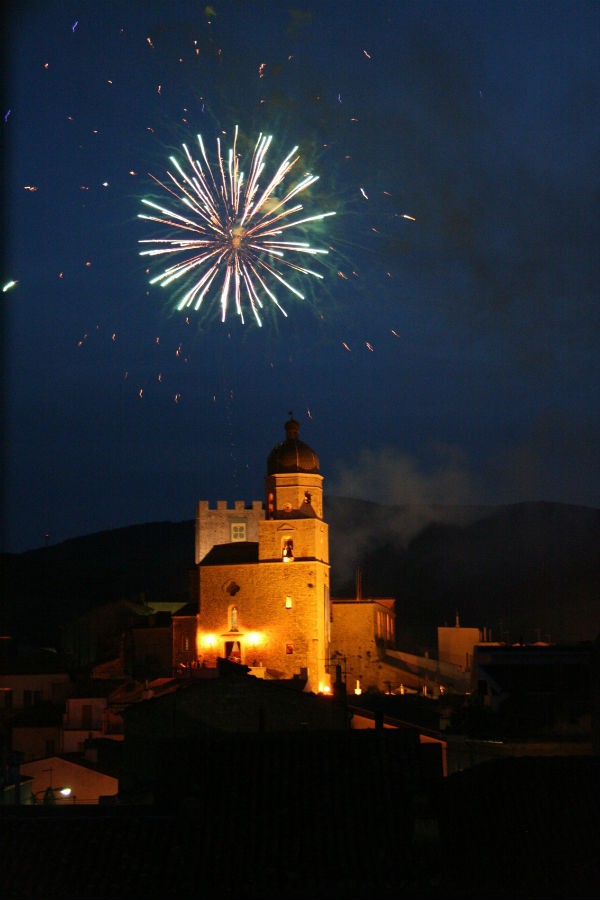 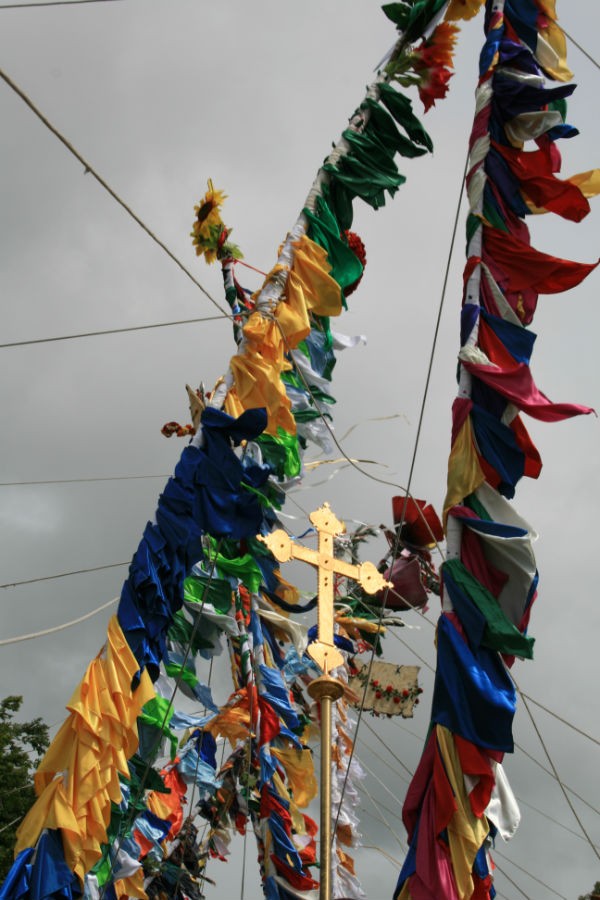 Between thick woods and clear springs of the Northern Dauni Mountains, stands Pietramontecorvino, in Puglia. besides having a healthy environment and intact (the waters, the forest of Sant'Onofrio, enogastronomy), still preserves a beautiful historic center with the characteristic houses-caves. Site in the wide valley of the ford of the hooks, Pietramontecorvino leads into his name the memory of the bond with the ancient medieval center of Montecorvino.
Founded around the year 1000 and disappeared in the XV century, today it is an archaeological site at about 7 km away from the village. The ruins of a Norman tower and the cathedral are the only testimonies sent up to us of his existence. The few surviving inhabitants found refuge on the hills and the surrounding mountains, precisely in those houses-caves carved in stone. Montecorvino was a fortress built by the Byzantine catapano Basilio Bojoannes around 1018, the episcopal seat, and has passed through the five historical periods of Southern Italy: Byzantine, Norman, Swabian, Angevin and Aragonese.

The first document that is memory of stone, instead, designates it as "feud of two soldiers": the "Catalog of Barons", dating back to the second half of the XII century. Crossing the beautiful gothic arch of Port'Alta the visitor who comes to Pietramontecorvino relives a moment in the past by visiting the ancient rione, called "Terravecchia", still almost intact, with its sixteenth-century Palazzo Ducale, the Norman Tower and the Mother Church, that dominate on the houses arranged as a comb along the degrading of the hill between stairs, arches and alleys. The patron saint of the village is Sant'Alberto: the only "living stone" of the now disappeared town of Montecorvino who lives only for a few hours, every year, on 16 May. Some miracles characterize, in life, his figure. Today Stone we retain only a bone of the forearm in new case of silver in the shape of an arm: the arm of Sant'Alberto. Since 1889, every year, on 16 May, the people of Stone went on pilgrimage to the ruins of the ancient city, bringing in a procession with the statue of the Saint, preserved in the mother church of stone. The cult of Saint Alberto dates back to the XII century. After the Mass, is also carried out a ceremony of propitiatory type of the agricultural world: the "blessing of cardinal points". The statue of the Saint is carried to the four sides of the ruins of the cathedral and arranged with the face turned to the fields: in this way is imparted the blessing to crops. The statue of the saint is accompanied along the entire path from the characteristic "palij": Question of long drums of trees covered with multicolored handkerchiefs that form the "palio". Before the World War II the palio was unique and not exceeding 4 m, today also reaches the 20 m. of height. The team of the carriers is now composed of 6 to a maximum of 10 Persons: 3-4 working to support the palio at the base where it is placed in horizontal, a steel rod, while the rest of the components is assigned to support the palio with ropes hooked around it so that you can check and keep it in equilibrium. The Palio is "dressed" 3-4 days before the feast with gussets and shawls held together with bands for babies, collected from house to house and that were returned after the feast. Who gave a gusset for the Palio is deprived of an object very staff to be able to fly in honor of the Holy and to obtain the graces; who gave the band of your child protection requested for the Son. At the top of each palio are added long colored ribbons and a plume. The territory of Pietramontecorvino is finally rich of green areas. Here we have one of the most beautiful areas of the Monti Dauni, in the locality called cells, characterized by the archaeological site of Sant'Onofrio and two fresh sources: the "Stack of  the thief" and "stack of Sant'Onofrio". Sant'Onofrio, represents a beautiful agglomeration of trees of various species and associates, to the ecological interest for this uncontaminated place, a precious historical testimony. Among secular trees in fact there are the ruins of an old convent whose construction, according to some historical citations, is attributed to the Franciscans who dedicated to Sant'Onofrio, from which the forest took the name.

the Municipality is part of:
I Borghi più belli d'Italia
Paesi bandiera arancione

SP2, 55, San Marco la Catola (Foggia)
10.58 Kilometers from Pietramontecorvino
Prior's Tower
The Palace and the Tower of the Grand Prior of Alberona, in Puglia, dates back to the XII century.

Via Municipio, 7, Biccari (Foggia)
17.12 Kilometers from Pietramontecorvino
Byzantine tower
the imposing Byzantine tower, dominating the village of Biccari, in Daunia, is situated in Puglia.

Piazza Torre, 11, Biccari (Foggia)
17.15 Kilometers from Pietramontecorvino
The house of the Captain
This is one of the historic buildings more interesting in the village of Faeto. Therein lies the ...

Vico Valentino, 1, Faeto (Foggia)
24.49 Kilometers from Pietramontecorvino
The Ducal Castle
The rooms of the Palazzo Ducale di Bovino offer the possibility to visit the small but charming p...

Via Chiesa Madre, 30, Vico del Gargano (Foggia)
78.82 Kilometers from Pietramontecorvino
Castle of Vieste
The castle, that dominates with its imposing the medieval district is traced back to the second h...

Via F. A. Nobile, Vieste (Foggia)
94.87 Kilometers from Pietramontecorvino
Prior's Tower
The Palace and the Tower of the Grand Prior of Alberona, in Puglia, dates back to the XII century.

Find where to sleep in Pietramontecorvino

The Most Holy Mary of Constantinopoli

5 magical Apulian villages in winter
Intriguing and exciting. These are the Apulian villages, which when winter arrives allow a journey through time enriched by suggestive atmospheres, with little squares and alleyways illuminated by lights, while the snow spreads its mantle on the landscape and the emotions are sky-high. The face and the seductions of the Apulian villages when winter comes: a mosaic of atmosphere to live intensely to discover the soul of the past in the choreog...
Continue
Global Greening 2021: here are the sites in Puglia that will be coloured green
St Patrick's Day is celebrated on 17 March all over the world. Some people think that the saint is most loved and celebrated in Ireland, the island he converted to Christianity by driving out paganism for good. In fact, in every country where Irish immigrants live there are celebratory events from Chicago, where the river is tinged with green, to Canada and Italy. Since 2010, one more initiative has embraced the world in the name of St Patrick: Global Greening. Puglia sites part of Global Greening 2021Global...
Continue
Borgo dei Borghi 2021: Vota il borgo del tuo cuore entro il 21 marzo
Photo © Copyright ANSA The television programme "Il Borgo dei Borghi", now in its eighth edition, officially starts again this year. An exciting challenge involving 20 of Italy's most beautiful villages, hosted by the talented Camila Raznovich. Italian villages encapsulate culture, gastronomy and age-old traditions that allow tourists to get to know the true essence of that place.It is precisely for this rea...
Continue