Share
Located inside the Pollino National Park, the village of Saracena rises around the baronial castle. The urban center is characterized by the alleys of Islamic conception.

A look at Saracena 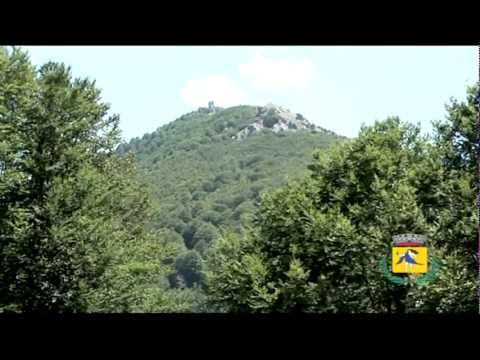 tradition wants that the village of Saracena descend from the ancient Sestio, a city founded by the Enotri in 1744 B.C. In 900 about it was conquered by the Saracens, which there dwelt a their colony. Subsequently, the Byzantine Army destroyed the city and freed from Saudi Arabia. According to legend the army would have been guided by a woman ignuda dissolute and wrapped in a linen shroud. The memory of this legend is depicted in an ancient fresco visible on the front page of the chapel of Sant'Antonio, on a sixteenth-century polyptych preserved in the sacristy of the church of Santa Maria del Gamio, in municipal stamp and in the Gonfalon of Saracen, on which is retracted a woman who flees, wrapped in a shroud, with around the inscription: "Universitas Saracinae terrae".

Rebuilt the city, in a site not far (current) and more defensible from sudden external attacks, had thus beginning the Byzantine period, where the first cultural influences social and dates back to the eighth century with the action of the greek monasticism, inserted in the broader phenomenon of the monastic experience of Mercurion. In the X century the Byzantine administration created the Catepanato d'Italia, which included the entire territory of Calabria. The new village, built around the baronial castle, walled (now destroyed or embedded in the walls of the houses) and fortified with four gates (Porta Del Vaglio, Porta San Pietro, Porta Nuova and Porta of Scarano), with the arrival of the Normans, happened in the second half of the XI century, became feudal domain.

In the XIV century the toponym with which was referred to the locality was Castrum Sarracene, while at the beginning of 1500 the place was known as the Saracena. The fief of Saracen initially belonged to the dukes of San Marco, while starting from the second half of the fourteenth century to the lineage of Sanseverino, first as auditors and dukes and later with the rank of principles of Bisignano, title that preserved for more than two hundred years. In 1718 the feud of Saracena passed to Francesco Maria Spinelli Principe Di Scalea until 1806, the year in which, for want of Napoleon Bonaparte, was enacted the law eversiva of feudalism, with which this was abolished. During the Risorgimento Saracena was very active on the Patriotic Front and antiborbonico. In the first years of the new millennium Saracena was awarded the title of city Garibaldi.

In the premises of Palazzo Mastromarchi is hosted the Pinacoteca Andrea Alfano, who guards over 230 paintings, drawings and sculptures by italian and foreign artists of the Twentieth Century. The Museum of Sacred Art, housed inside the church of Santa Maria del Gamio, on the other hand, hosts two interesting monstrances eighteenth century of the silversmith Old Salvatore, a processional cross in the middle of the seventeenth century and a painting of the Madonna of the purity made onto a metal plate between the XVII and the XVIII century.

The urban fabric is characterized by an intricate maze of narrow streets of Islamic conception, which extend toward the north until you get to the old municipal house, situated at about 606 meters asl characteristic of this area of the inhabited center are external stairs (both those dwellings which those of union between superimposed arteries), the sudden changes of direction of roads, the sudden plazas and covered alleys to time or with beams said vutànt, whose function is that of arcs of connection between a dwelling and the other.

In the gastronomic sector there are many dishes and typical products. The homemade pasta, for example: macaroni've managed with iron, lagane e ceci, orecchiette, gnocchi. Among the main dishes we find the baked kid, the fried lamb, the mazzacorde, the aubergines stuffed. Among the salami the soppressata, sausages, capocollo, the pillow. Finally sweets: cannaricoli, grispelle, cuddure, zuccariddi, taralli.

The Protector of the city from 1630, San Leo is celebrated twice a year: 19-20 February and the second Sunday of August. The torchlight procession is made festive by the chants and folk dances that a part of the Participants decide spontaneously to perform.

The fireworks add another color to the slow procession once it comes into the vicinity of the Rione Scarano, in the historic center. The torchlight procession concludes inside the church of the patron, and here again between songs and dances, rose cries exalting the holy: "Viva Santə Liùnə!, sèmpə Santə Liùnə!" ("Viva San Leone!, always San Leone!").

Leaving the church, everyone is directed toward its own fucarazzo: this is the great bonfires are lit in all the districts of the country and around which until the following morning, you sing, dance, sounds and you can taste local products, among which salami, cakes (for example the "cannaricoli"), wine and moscato.

Andrea Alfano Art Gallery
Located in the premises of Mastromarchi Palace, the civic art gallery of Saracena is entitled to ...
Via Carlo Pisacane, Saracena
Church of San Leone
the church of San Leone Saracena was built on the remains of a pre-existing byzantine church.
Via Carlo Pisacane, Saracena
Church of Santa Maria del Gamio
The church of Santa Maria del Gamio in Saracena is one of the oldest in the entire area of the Po...
Via Santa Maria Maddalena, Saracena
Monastery of San Bernardino da Siena
The Monastery of San Bernardino di Morano Calabro is one of the best examples of Franciscan archi...

Via Porto Alegre, 10, Morano Calabro (Cosenza)
7.37 Kilometers from Saracena
Collegiate church of Santa Maria Maddalena
The ancient nucleus of the Collegiate of Morano Calabro, in Calabria, dates back to 1097.

Piazza Tommaso Campanella, 9 - 87042, Altomonte (Cosenza)
8.91 Kilometers from Saracena
Convent of the Dominicans
Today the Dominican Convent is home to the Civic Museum and houses the Civic Library, the Histori...

Via della Montagna, 24, Frascineto (Cosenza)
10.92 Kilometers from Saracena
Cirella
Cirella is located near the seaside village of Diamante, in Calabria.