Share
Salorno is located near the homonymous Chiusala Cascata di Salorno, which marks the point of contact of the Italian-speaking area with the German-speaking area outside the southern limit not only of South Tyrol, but of the entire German territory including the Alps. 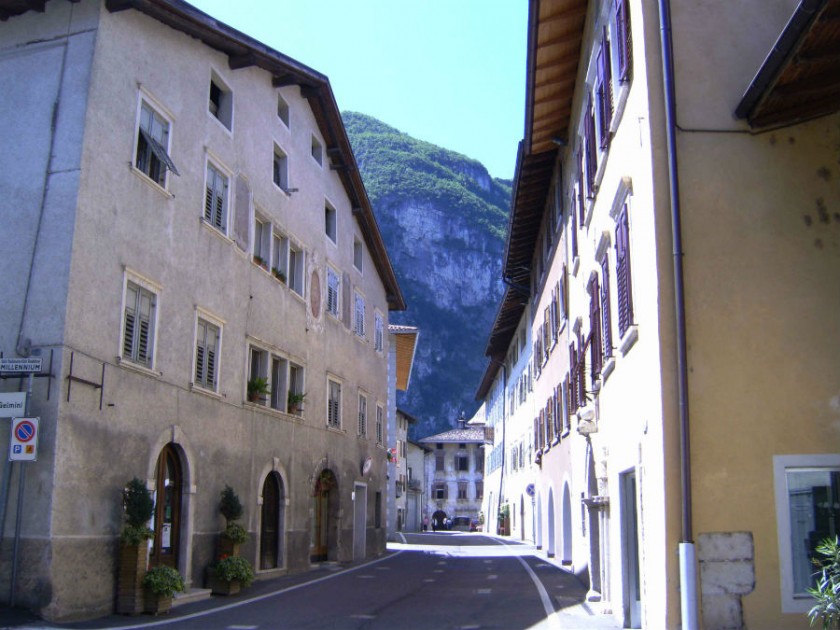 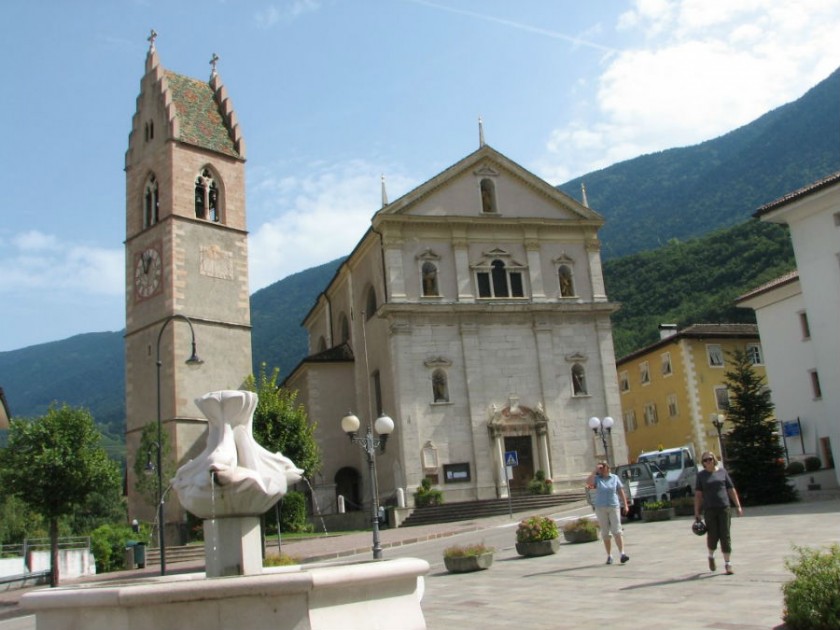 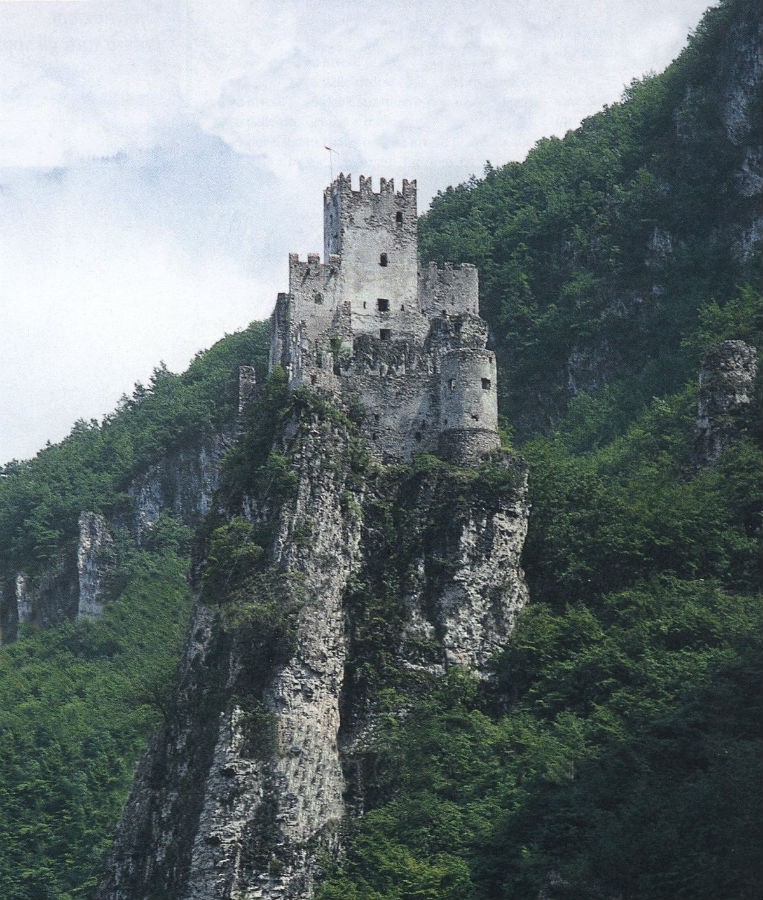 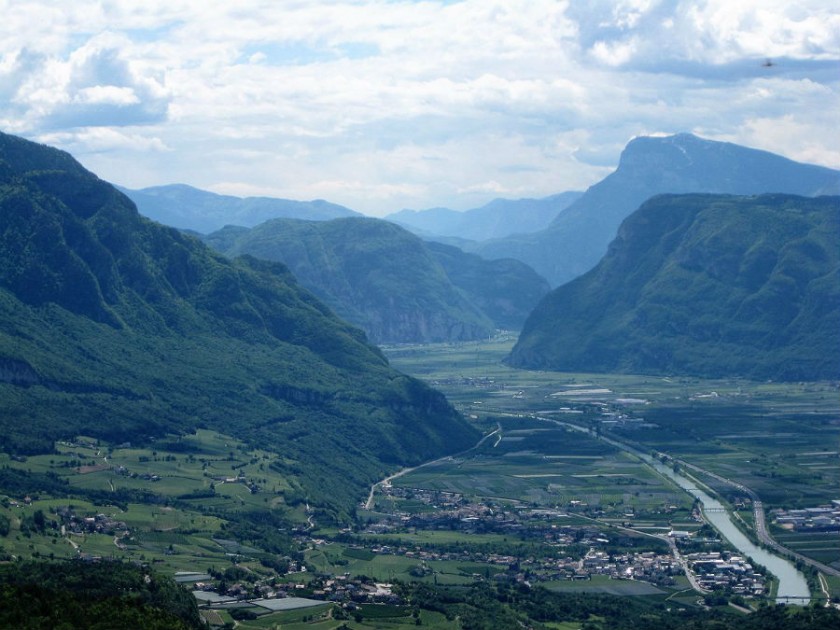 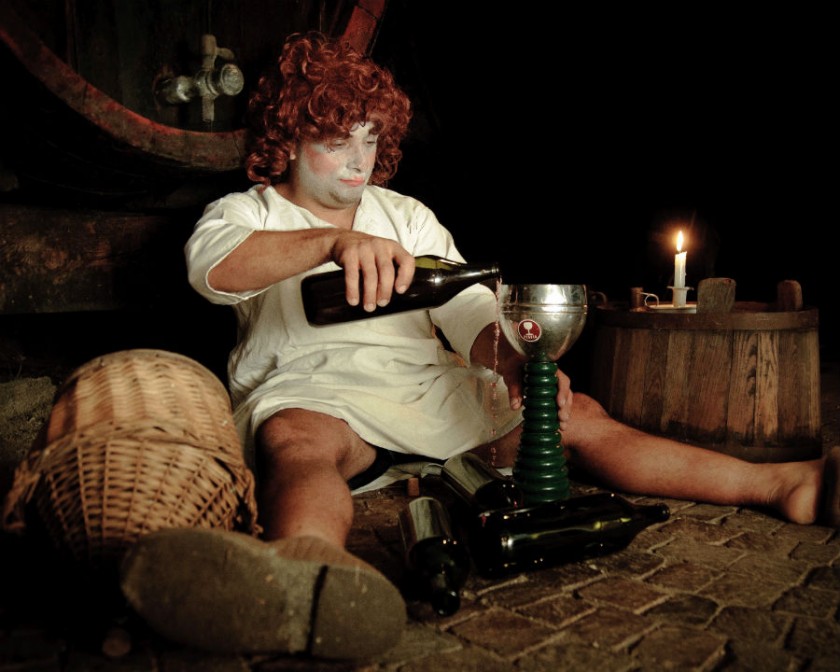 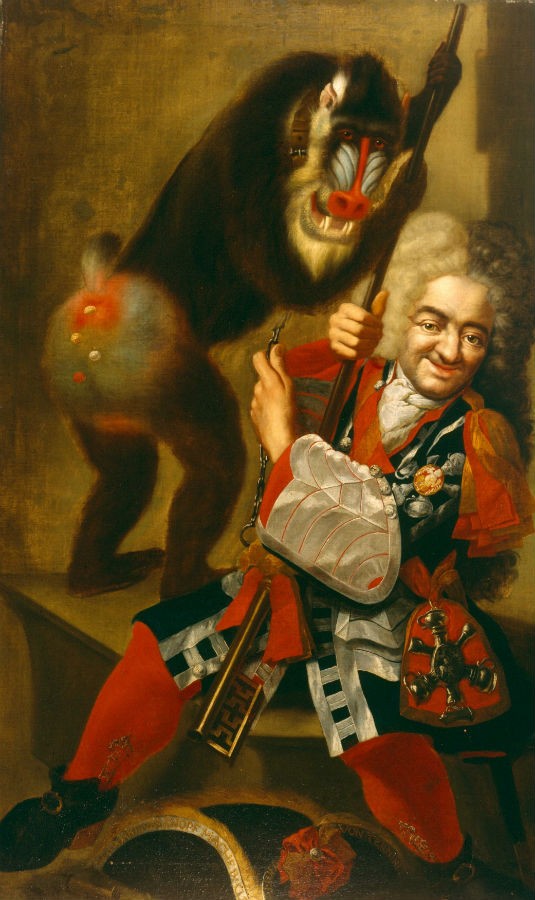 Near Salorno (Salurn in German, Salórn in Trentino dialect) the Adige Valley narrows, forming the closed Salorno (Salurner Klause). In the last two centuries the closed has constituted a symbolic barrier between the German-speaking part and italofona (now Trentino) of historical Tyrol and is traditionally considered the language border between the area of Germanic language and that of the Italian language in Val d'Adige. Today the majority of salornesi is in italian language. A good part of its territory is part of the Natural Park Monte Corno. Another area is the biotope Paludèl.

The toponym is attested as Salurnis in the second half of the VIII century, as Salurne in 1184-1186 and Salurn as in 1288. Probably derives from a theme preromano hall with the meaning of swamp. Since the thirteenth century the Counts of Tyrol obtained control of the village. Is the 1403 the important Weistum (Statute of rule) that defines the rights of the Community toward the Hapsburg power, completely written in German language. Until the First World War Salorno was once part of the Austro-Hungarian Empire, following the Italian victory sanctioned by the Treaty of Saint-Germain-en-Laye was annexd to the Reign of Italy.

During the Fascist period the town of Salorno was aggregated to the province of Trento, together with the entire Unterland to facilitate italianizzazione. The use of the german in public and his teaching were banned but the minority of German language is organized by establishing clandestine classes in which you taught the german language (the so-called Katakombenschulen): The salornese Josef Noldin was one of the main organizers and it was for this deported by the fascist government on the island of Lipari. In 1948 Salorno passed to the province of Bolzano as established by the first statute of autonomy of the Trentino-Alto Adige and in view also of the intention expressed by the German-speaking population of Unterland.

Certainly deserves a visit the Castello di Salorno, situated to the south of the village. Some typical dishes of the local cuisine are the strudel, canederli, sauerkraut, sausages, the strauben and Speck.

Lac del Vedes
It is certainly one of the most beautiful and best preserved peat bogs in Trentino. It is an anci...

38030, Grumes (Trento)
4.20 Kilometers from Salorno - Salurn
Holy Lake
An excellent starting point for excursions along the Dürerweg and the European Path E5, the lake ...

38030, Grauno (Trento)
6.58 Kilometers from Salorno - Salurn
San Martino Parish Church
Built on the site of the original church of Grauno dedicated to St Christopher, it has a precious...

Piazza S. Pietro, 31 - 38034, Cembra (Trento)
7.12 Kilometers from Salorno - Salurn
Earth pyramids of Segonzano
The Pyramids of Terra di Segonzano, about 6 km from Cembra, are a natural phenomenon not to be mi...

Baita delle Fate
A small structure immersed in the dense woods of Val di Fiemme, precisely in Valfloriana, which a...

Via Antoniazzi, 16, Cavalese (Trento)
19.87 Kilometers from Salorno - Salurn
Pensione Serenetta
Gracious and welcoming, Pensione Serenetta is located in an excellent panoramic position in the v...

Masseria 22 - 39040 Ridanna, Racines (Bolzano)
76.25 Kilometers from Salorno - Salurn
Hotel Walther von der Vogelweide
In our opinion it is the best place to have a stay in Chiusa. It is located in a building in the ...

Città Alta 66, Chiusa (Bolzano)
52.36 Kilometers from Salorno - Salurn
Hotel Zur Post
In the heart of the medieval town of Glorenza, in the middle of the Venosta Valley, Hotel Posta o...

Via F.lli Bronzetti, 60, Cavalese (Trento)
20.05 Kilometers from Salorno - Salurn
Road of Wine and Tastes of Trentino
An ideal path, a collection of excellence, a world of pleasures for the palate, in the north-east...

Lana: apple orchards, orchids and villages
A pink and white carpet. Those are the colors of the flowering of the apple orchards that dot the territory of Lana, in the province of Bolzano. It is a landscape that in spring is pervaded by a sweet fragrance - Lana is the largest European country by extension of apple orchards -, while the foliage of the trees are covered with a bright green and the water courses gurgle foaming for the abundance of water that comes from melting snow. L...
Continue