Share
Campo Tures is located in the heart of the Aurina Valley, in the Vedrette di Ries-Aurina Natural Park. Dominating the whole village is the imposing Castle, one of the most beautiful in all of South Tyrol and for having been for a long time the residence of the nobles of Tures, among the most important aristocrats of Tyrol.

A look at Sand in Taufers 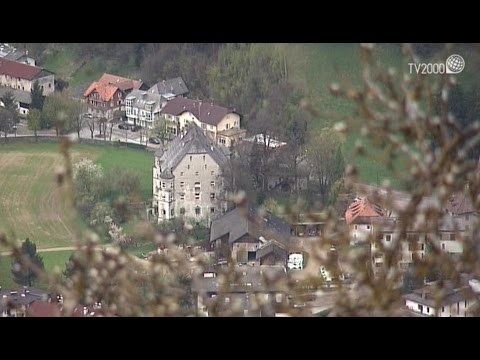 Campo Tures (Sand in Taufers in German) is a village in Trentino Alto Adige, located in Val di Tures. The village is divided into several sub-districts, among which are Molini di Tures (Mühlen), small agglomerate of residence, and Caminata (Kematen). There is also Moritzen, the old center with the church dedicated to Saint Maurice. Along Campo Tures flows the Aurino stream. Near the village are the waterfalls of Riva (Reinbachfälle), which can be visited by taking a light stroll in the woods, starting from the Winkel bath.

While "Field" is the Italianization of the German Sand (which actually means "sand, arena"), the name "Tures" (Taufers) is attested for the first time around 1050-1060 as Tufres, Tuvers, Tufers, Touveres and Taufers, with the meaning of "ravine". Sand itself is attested in 1410 as am Sant and in 1439 as am Sandt in Tawffers, while the Tauferer Feld (Tures Plans) appear in 1334 as Touvererfeld and in 1360 as Taufferser feld. Ultimately the literal translation of Sand in Taufers would be "sand of Tures" which would indicate that the area was an alluvial plain and that the Aurino stream was usually flooded by the area.

The country's history is closely linked to the medieval lords of Taufers, whose most well-known representative was Hugo von Taufers, who was particularly linked to King Rodolfo I of Habsburg. The house was lazy at the church and feudate of the bishopric princes of Bressanone. Between 1908 and 1957 the town was connected to Bruneck via the Brunico-Campo Tures railway. Noteworthy is the Neumelans residence, at the entrance of the village, a late-Renaissance construction of 1582-83, erected by Hans Fieger, who was the mining judge of the area, and then owned by the patriarchal families of Zeiller, Ottenthal and finally Schober . Since 1989, the Tauferer Musikwoche, a biennial event of classical music, was created by Cosentino Mario Russo and directed by 1993 until 1993.

The village is one of the most beautiful castles of the Alpine arch, the Tures (Burg Taufers) castle, where many exhibitions are held throughout the year, in addition to guided tours to the castle. In it, in 1972, he was filmed The Best Night of My Life by Ettore Scola, protagonist Alberto Sordi, while in 1999 were filmed some scenes of television fiction The Wings of Life. Two kilometers beyond the village of Campo Tures, you will find the Speikboden ski resort, which lies along the side of Mount Spico. The ski lifts include two eight-seater cabins and three four-seat chairlifts, as well as other small beginner facilities.

As far as craftsmanship is concerned, it is important to know that the production of typical furniture and furnishings are typical of the countryside.

Campo Tures was also the location of the first chapter of fiction on Channel 5 Wings of Life, directed by Stefano Reali.

Località Churburg, 1, Sluderno, Sluderno (Bolzano)
107.62 Kilometers from Campo Tures - Sand in Taufers
Paul Flora Museum
Inside the church tower of Glurns was set up this exhibition dedicated to the illustrator Paul Fl...

Strada Tor, 65, San Martino in Badia (Bolzano)
26.88 Kilometers from Campo Tures - Sand in Taufers
Sabiona Monastery
The Sabiona monastery rises on a high cliff that supervises the village of Chiusa in Isarco Valley.

Via Henrik Ibsen 17, I - 39040 , Castelrotto (Bolzano)
50.89 Kilometers from Campo Tures - Sand in Taufers
Hotel-Garni Glurnserhof
Here you will find a perfect hospitality.

Via B.-J.-Grasser. 4 - 39020, Glorenza (Bolzano)
109.72 Kilometers from Campo Tures - Sand in Taufers
Albergo Zur Post
In the heart of the medieval town of Glorenza, in the middle of the Venosta Valley, Hotel Posta o...

Via Flora 15 - 39020, Glorenza (Bolzano)
109.93 Kilometers from Campo Tures - Sand in Taufers
Zum Turm Hotel
Historic hotel in the enchanting village of Castelrotto is embraced by the Dolomites and is the p...

Kofelgasse 8 I-39040, Castelrotto (Bolzano)
49.13 Kilometers from Campo Tures - Sand in Taufers
Hotel Walther von der Vogelweide
In our opinion it is the best place to have a stay in Chiusa. It is located in a building in the ...

Via Flora 9, Glorenza (Bolzano)
110.00 Kilometers from Campo Tures - Sand in Taufers
Johannserhof
Open from October to March, the farmstead run by the Brunner family produces an excellent Müller ...

Erzweg 25, Villandro (Bolzano)
42.98 Kilometers from Campo Tures - Sand in Taufers
PUNI distilleria
Outside the mighty walls of Glorenza there is the PUNI distillery, the first and only whisky dist...

Via Mühlbach 2, Glorenza (Bolzano)
109.44 Kilometers from Campo Tures - Sand in Taufers
Cantina Valle Isarco
The winery is suitable for aromatic and fruity whites.

Sotto i Portici 3, Glorenza (Bolzano)
65.10 Kilometers from Campo Tures - Sand in Taufers
Laimburg Winery
Laimburg Winery, in the province of Bolzano, is part of one of the towns on the South Tyrolean Wi...

5 villages for skiing and having fun in the snow
Villages nestled among mountains and in the purity of the snow. To go skiing, have fun with sledding or snowshoeing, discover white forests with cross-country skiing or strolling through history. Surrounded by postcard landscapes that give emotions. Snow and joy, sport and fun. In winter the villages seem even more magical, with the snow games and the ice drawings of the fountains, which look like sculptures sculpted by the wind. The spa...
Continue
The legend and the parades of the fearsome Krampus
The Krampus are goat men with long pointed horns. Their skin is covered with a thick sheep fur, the face is hidden behind a terrifying wooden mask and dressed in dirty and untidy rags. Their arrival is announced by violent cowbells, sinister grins and chilling screams. Krampus roam the streets with whips and chains. Their mission is to unleash their anger against whoever they encounter on their way but above all they are looking for children who have been bad during the year, to punish them.
Continue