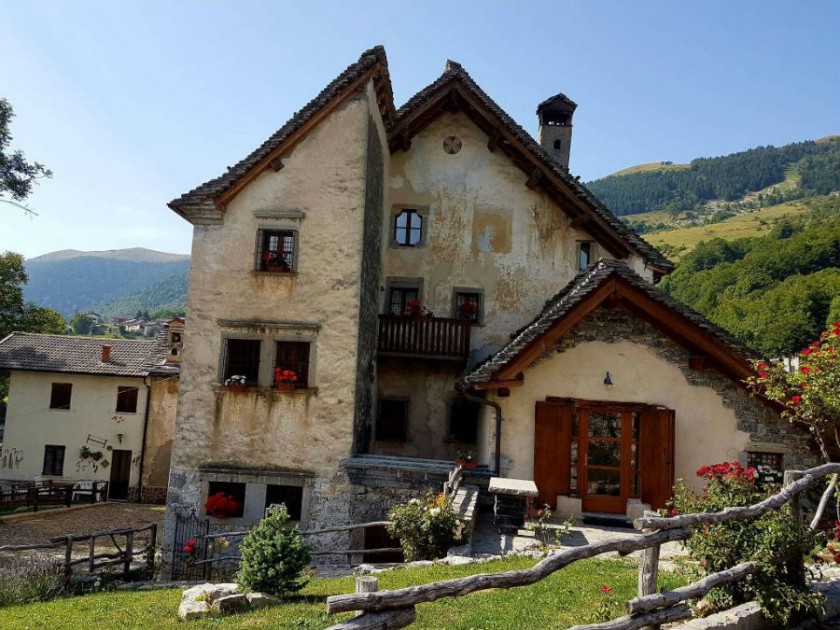 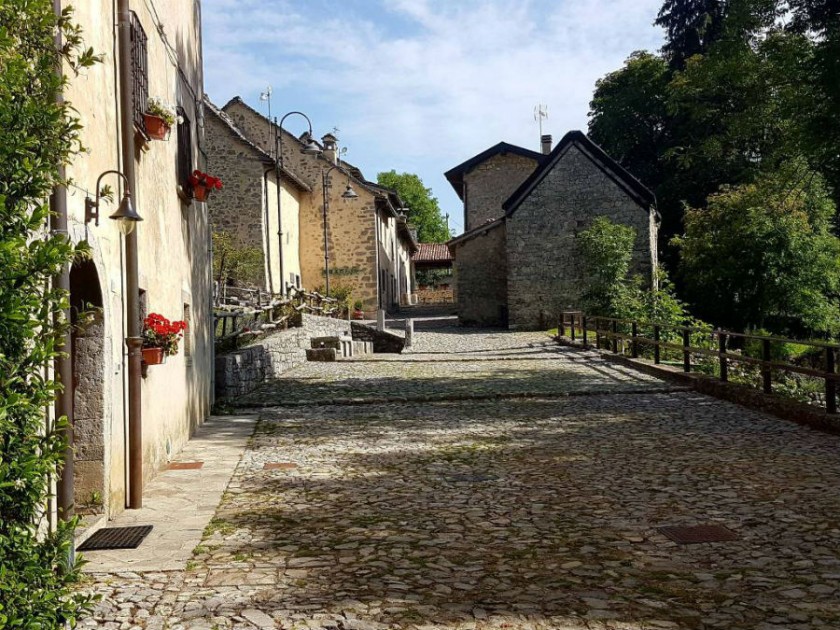 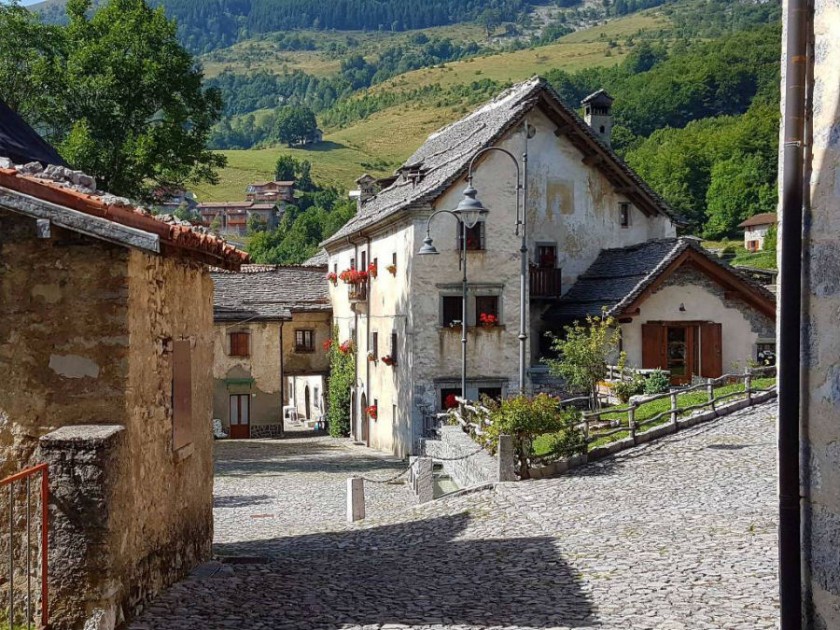 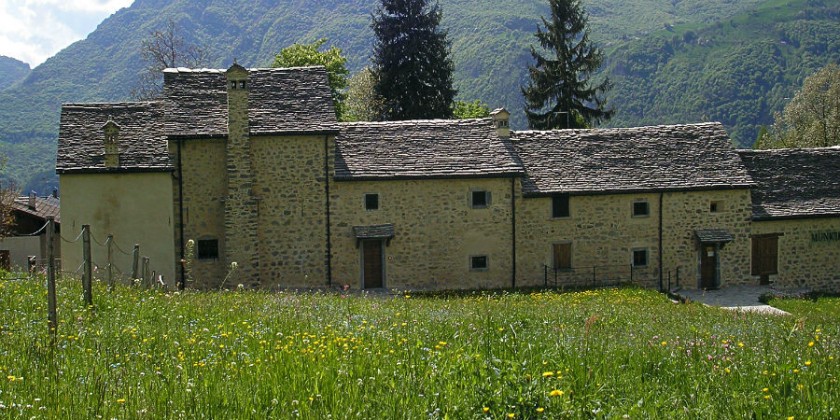 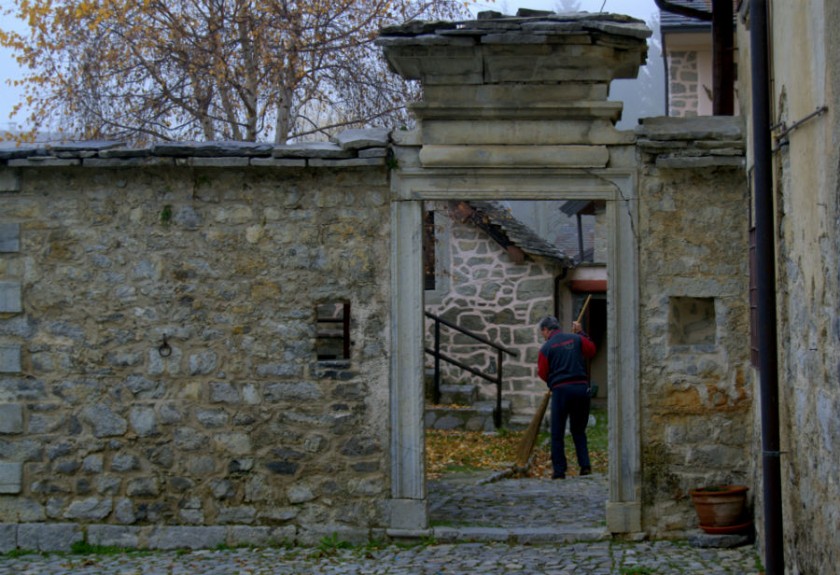 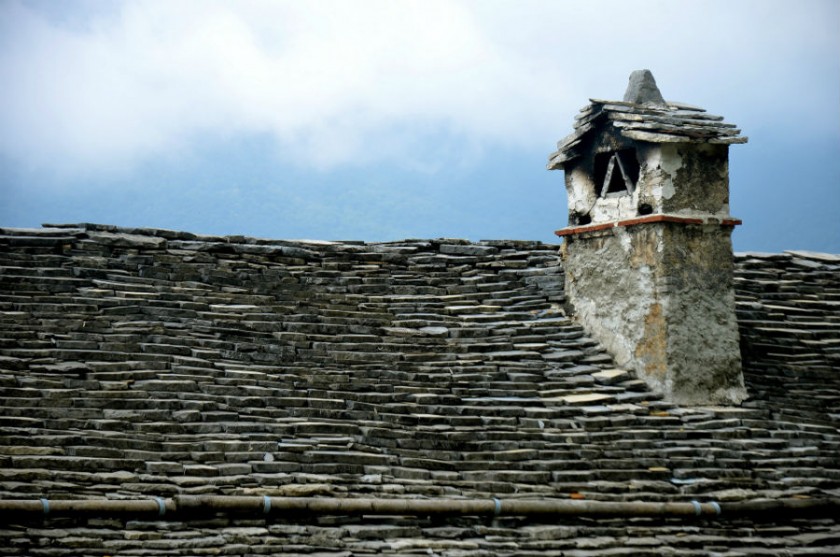 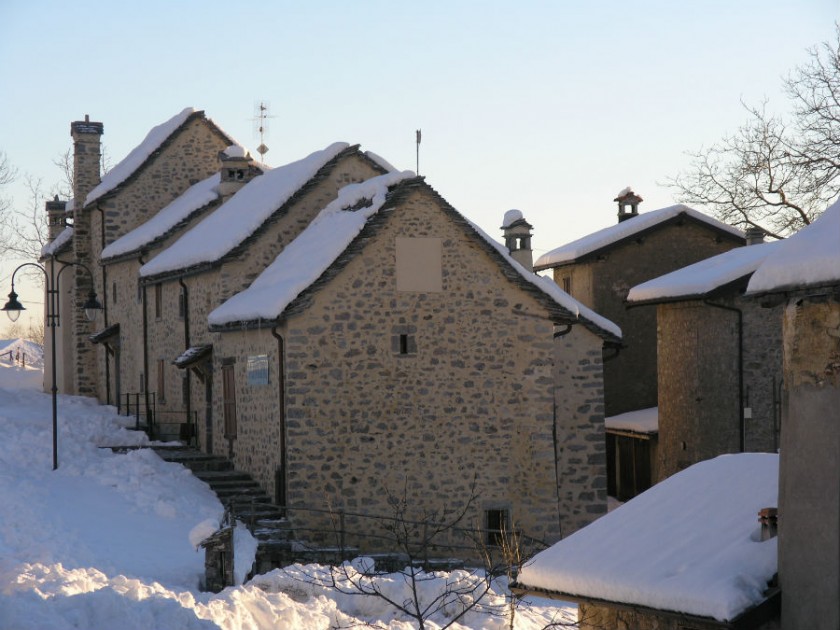 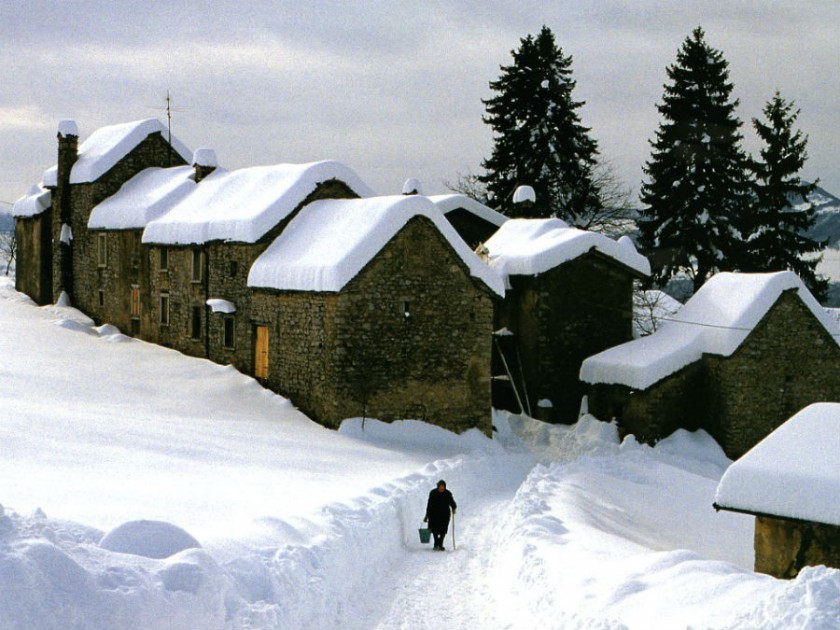 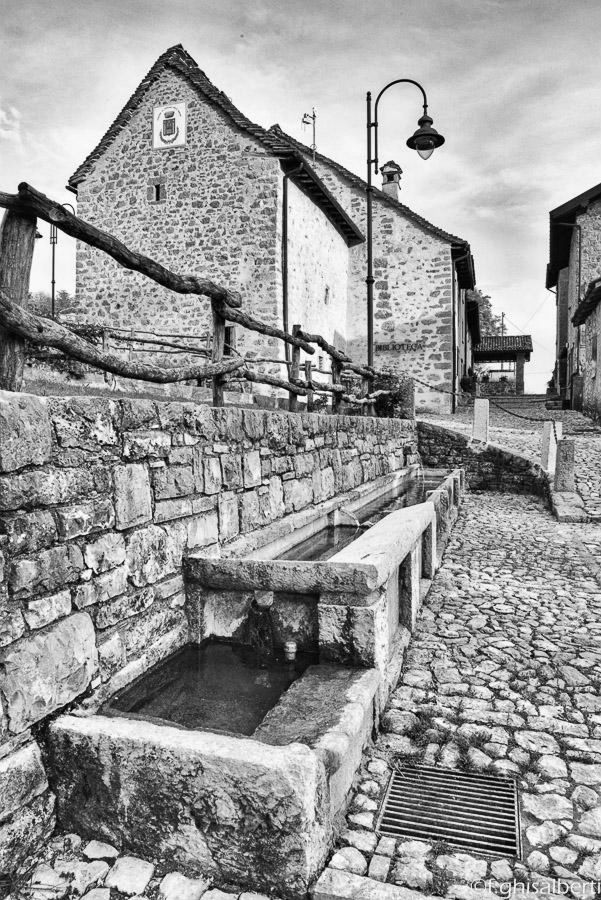 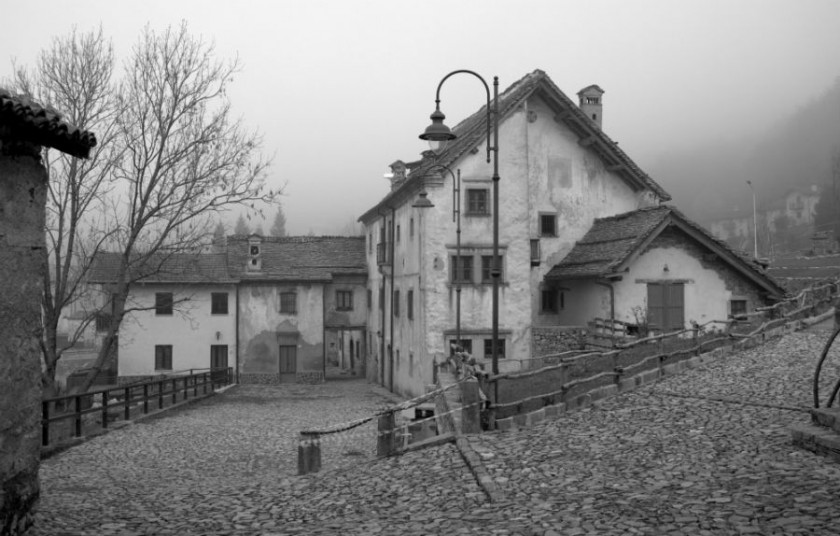 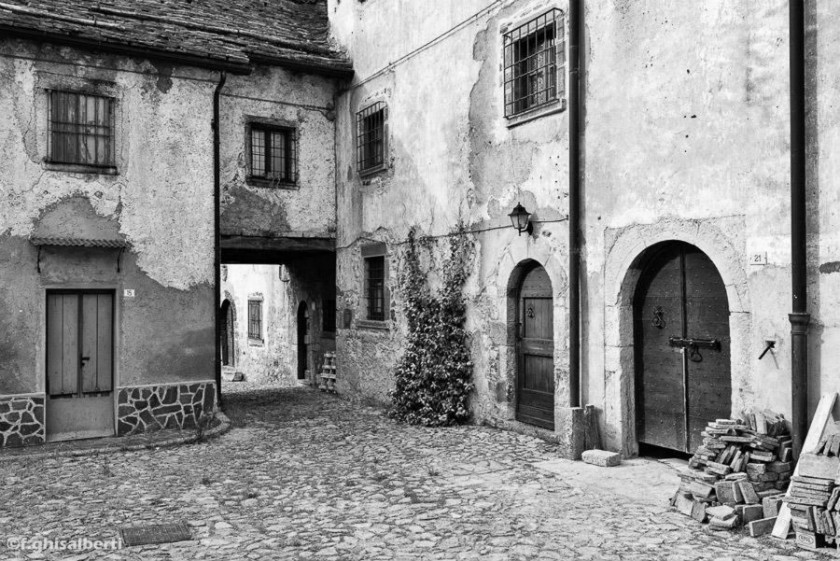 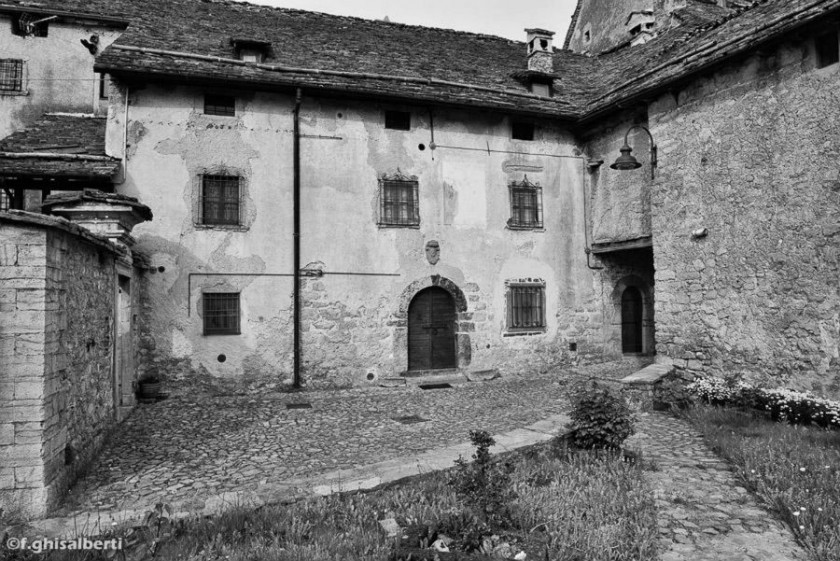 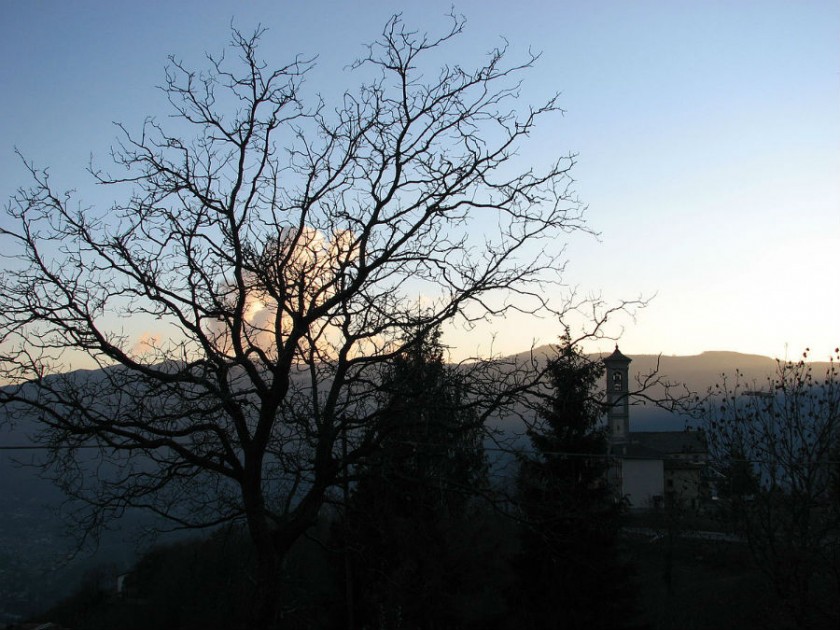 There are not many historical information which relate to the territory of Fuipiano: placed at the head of the valle Imagna, in the retracted position with respect to the main centers, has always maintained the characteristics of the small mountain village, with its inhabitants for the most dedicated to live what nature gave them. Consequently the main activities have always been those of the shepherd, breeder, woodsman and del Carbonaio, i.e. the one who transformed wood charcoal. The toponym seems to find origin in the local dialect, dialect bergamasco : it is believed to derive from the term foipià, which indicates a plateau with many beeches, even if other currents of thought consider derives from faveanud, understood as a puddle of water, element very present on the municipal territory.

The origins of the country should still go back to the medieval period when the territory, until then sparsely populated, saw an increase in housing due to the struggles between Guelphs and Ghibellines. These in fact forced some exponents of one or other of the faction (despite the valley was considered a sort of feud guelfo) to abandon their places of origin and to relocate in places protected from adverse persecution, among which precisely the area of Fuipiano. In this period the family of greatest importance was that of the Locatelli, which ran in the main activities also in neighboring countries, one of which (Locatello) took its name from the same family.

The inhabitants themselves in fact sought to remain strangers to disputes of power, which warranted their tranquillity sheltered by clashes and retaliation both during the aforesaid struggles, both after the advent of the Republic of Venice, which however occupied only a part of the municipal territory, between which the contrada of Arnosto where you put a customs, considering it a kind of outpost toward the Duchy of Milan who had control over the remaining portion of the territory. The following centuries saw no significant events involving the small community that, strong of its insulation, followed the events of the rest of the province without joining in a direct way. However the country greatly resented the lack of employment, a factor which determined the emigration of its inhabitants to cities and nations that could ensure the highest income. Only in the last few decades the tourism and the consequent upgrading of the territory have buttressed this phenomenon, giving new life to the country.

Arnosto is the most significant among the remaining facilities on the territory valdimagnino. In ancient times it was the seat of the Dogana Veneta until 1797 where you marked the boundary between the Duchy of Milan and the Serenissima. The ancient village dates back to the XIV century and preserves buildings of great artistic value. The accuracy of the drawing can be seen not only in the superimposition of the rocks of roofs, but also in the composition of the houses, so in exquisite workmanship of the portals, significant for the machining of wood and that of batacchi and latches. Even if almost disappeared, frescoes, often symbolise the strong popular religiosity of the place.

Another testimony of interest is the small chapel dedicated to Saints Filippo Neri and Francesco da Paola. Can contain a maximum of 20 people and preserves a painting by Francesco Quarenghi, grandfather of Giacomo Quarenghi. Also the museum offers a glimpse of tools from the farmer work, in addition to the photos that tell the story of the people of the place. Their faces tell better than anything the charm of this country.

the Municipality is part of:
Comunità Montana Valle Imagna

Viale Papa Giovanni XXIII, 30, Sant\'Omobono Terme (Bergamo)
6.62 Kilometers from Arnosto
Ancient Icebox
The ancient icebox of Amagno, in the Imagna Valley, is located near the village of Strozza.

località Amagno, 31, Strozza (Bergamo)
9.70 Kilometers from Arnosto
Church of Saints Cornelius and Cyprian
It rises in the highest point of the village of Cornello dei Tasso and is the oldest of the village.

Via Cornello snc, Camerata Cornello (Bergamo)
10.73 Kilometers from Arnosto
Badger and Postal History Museum
Inside the Badger Museum it is possible to make a real excursus in the history of the postal serv...

Via Cornello, 22, Camerata Cornello (Bergamo)
10.74 Kilometers from Arnosto
Municipal Casino
The Casino together with the Grand Hotel cooperated to create an effective tourist attraction for...

Via Tesuolo, 1, località Boario Spiazzi, Gromo (Bergamo)
34.52 Kilometers from Arnosto
Badger and Postal History Museum
Inside the Badger Museum it is possible to make a real excursus in the history of the postal serv...

V.le Papa Giovanni XXIII,20 , San Pellegrino Terme (Bergamo)
12.27 Kilometers from Arnosto
Ancient Icebox
The ancient icebox of Amagno, in the Imagna Valley, is located near the village of Strozza.

Find where to sleep in Arnosto

Arnosto, the fairytale village that wants to become a splendid tourist reality
On the slopes of the Orobic Alps, at about a thousand meters above sea level, there is a tiny mountain village that perhaps few know but soon many will know because such a characteristic village certainly cannot go unnoticed. So much so that, recently, the local administration has promoted some initiatives to enhance the cultural and tourist aspect of this small town in Valle Imagna, in the Bergamo area. We are talking about Arnosto, part of t...
Continue
Lombardy to taste: some of the typical traditional dishes in the most beautiful villages
Lombardy is a land to be discovered, perfectly kept historic villages and food and wine traditions preserved thanks to the expert hands of housewives who have been able to pass on the secrets of the oldest cuisine in this region. Cultures that have intertwined over the centuries to create authentic and genuine flavors, linked to the land and the products it offers generously. Crossing the most beautiful villages of this region we will present you some of the typical dishes most loved by the Lombards and its visitors. T...
Continue