Share
Polignano a Mare has many places that are worth a visit during your vacation. In addition to the natural beauty of the coastal landscapes, you can discover the splendid walks in the historic center, or learn about the sites that are located in the immediate outskirts of the country, or choose one of the splendid beaches with a blue and transparent sea, real pearls of the Puglia. 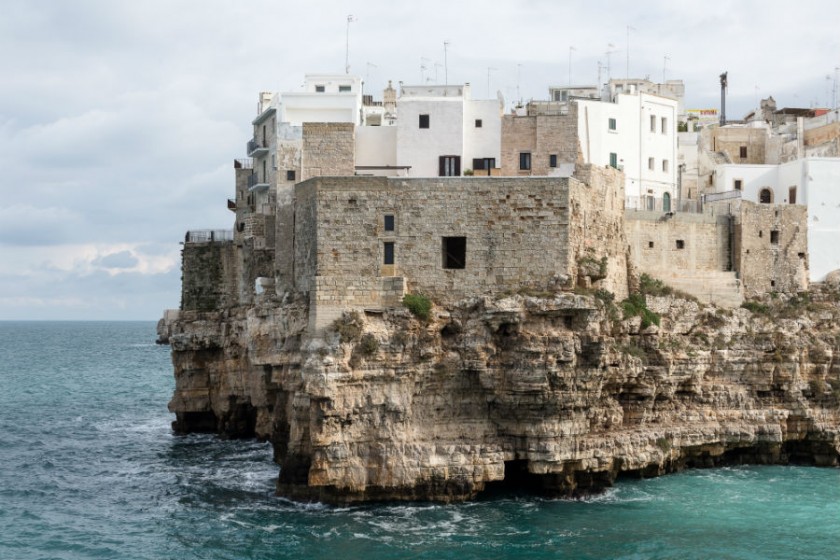 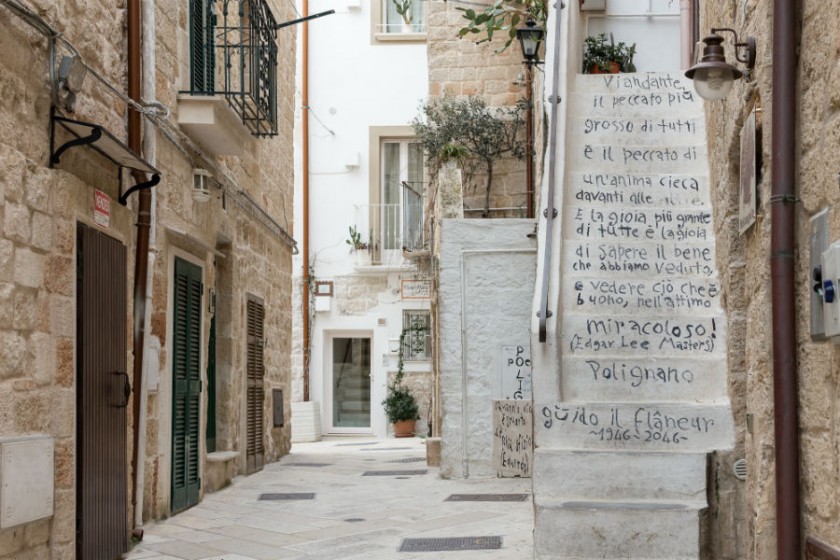 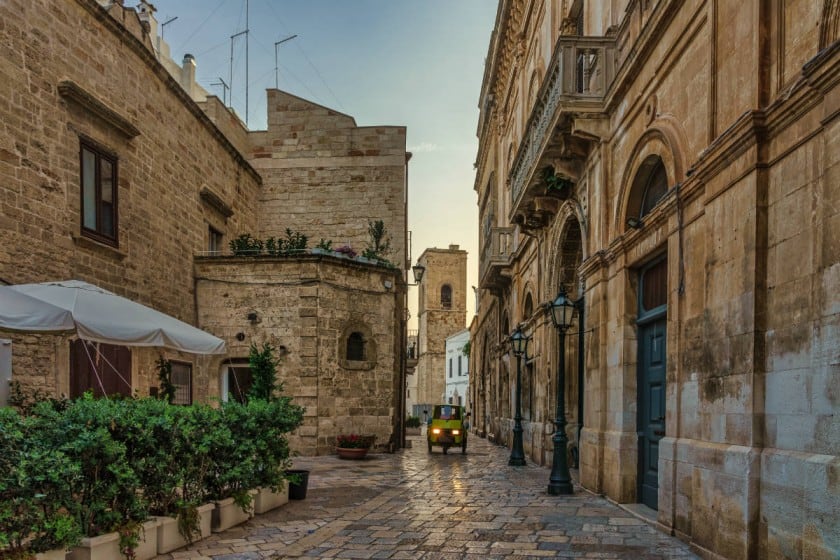 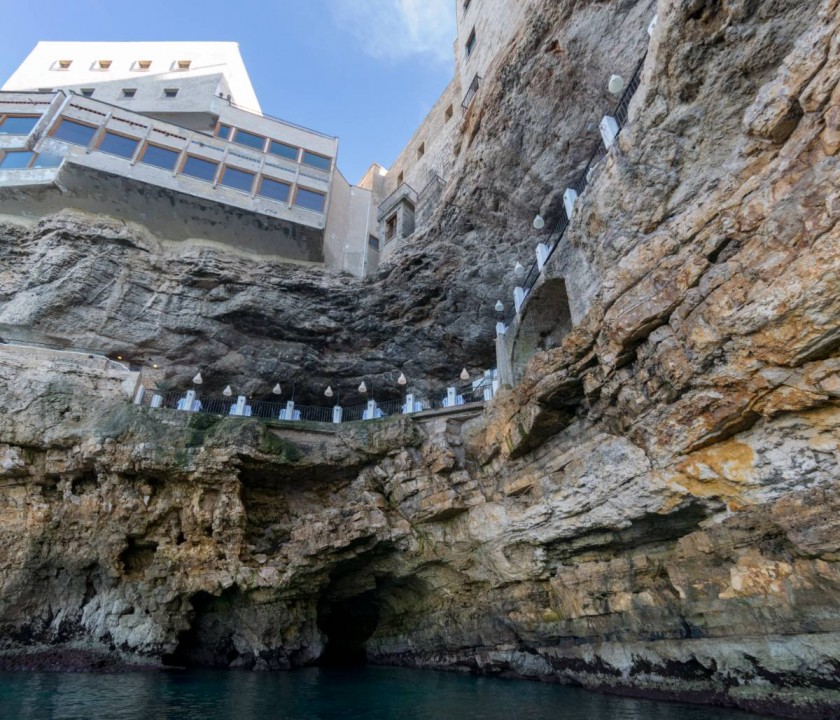 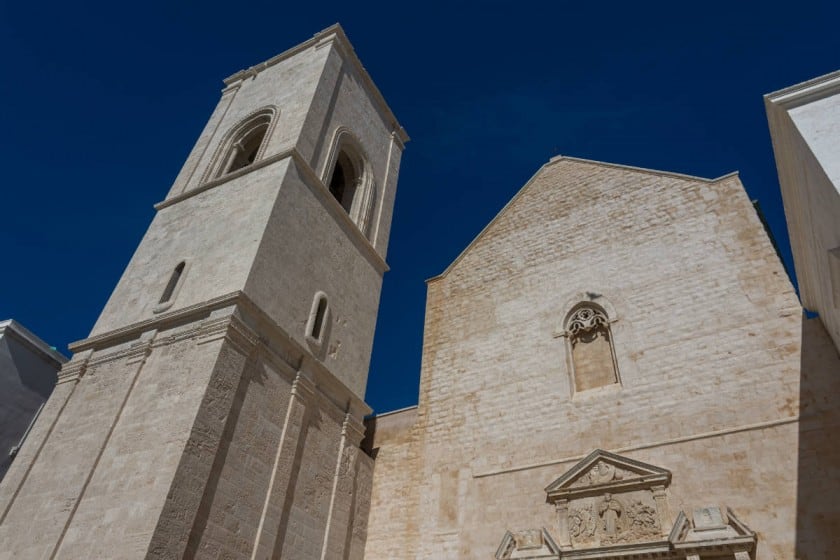 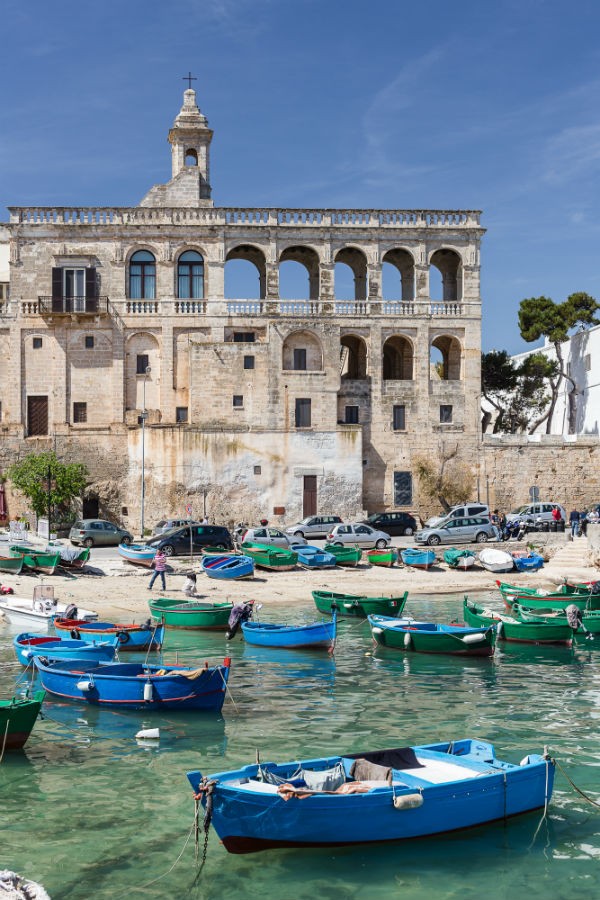 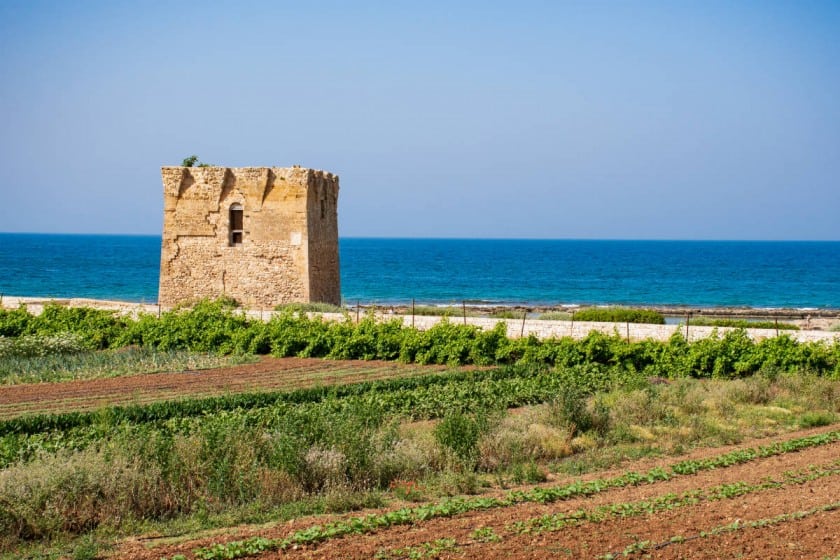 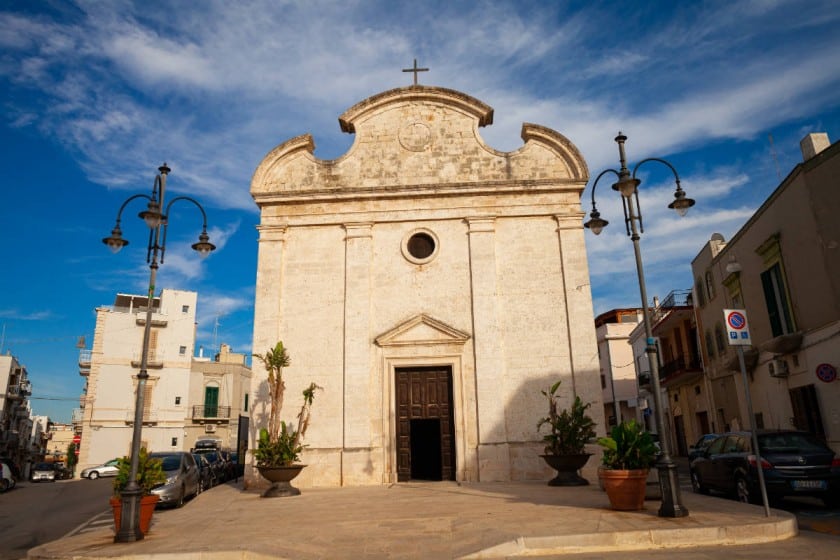 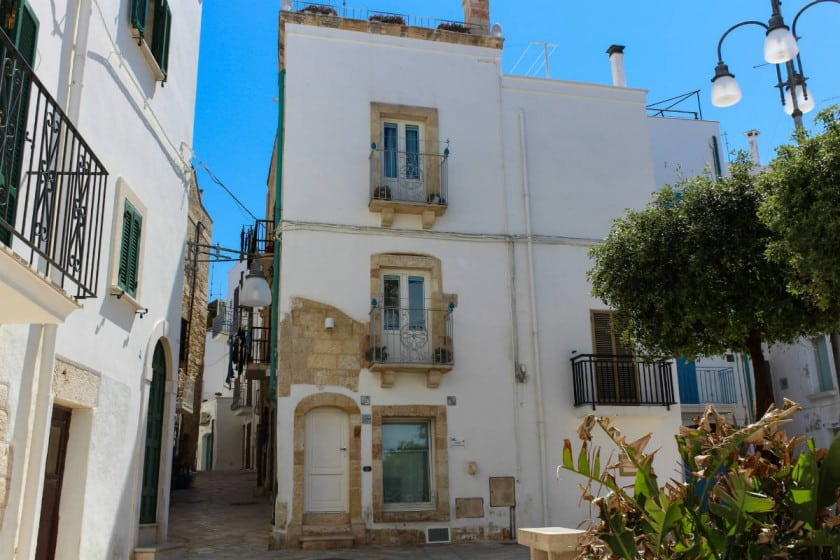 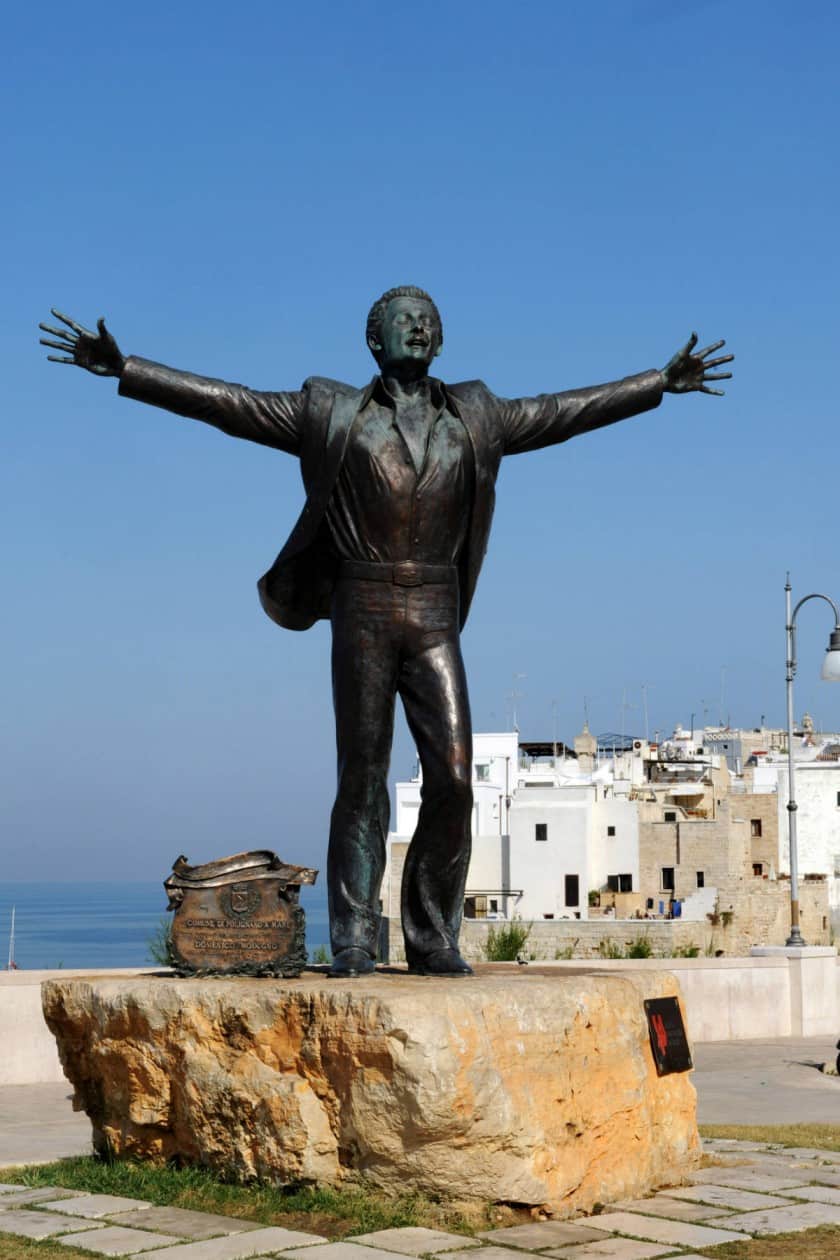 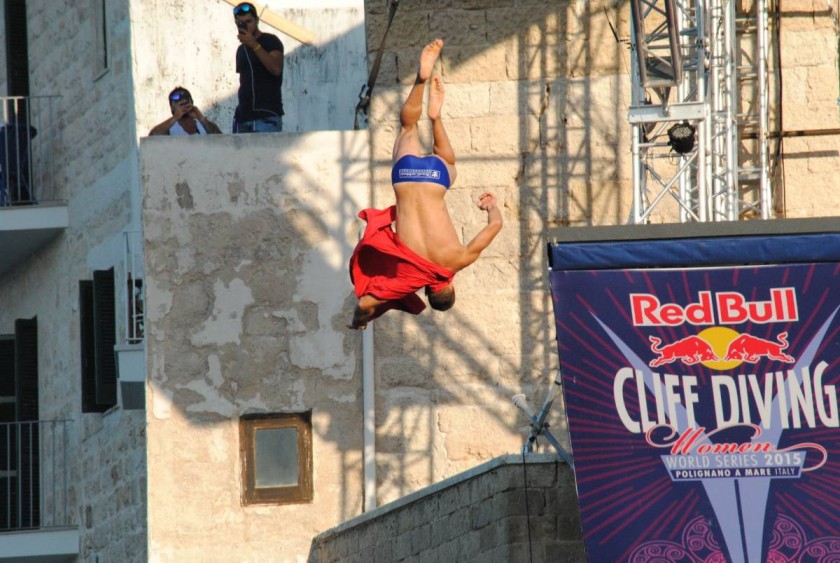 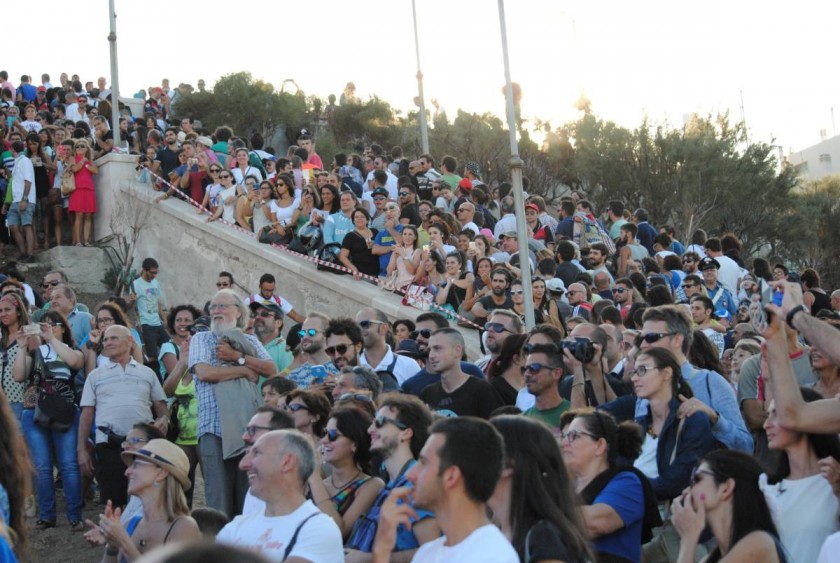 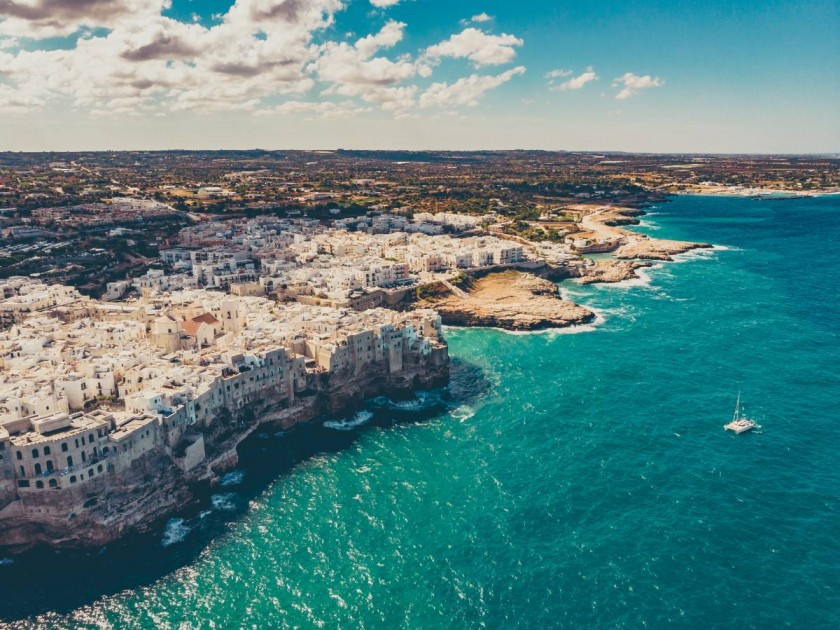 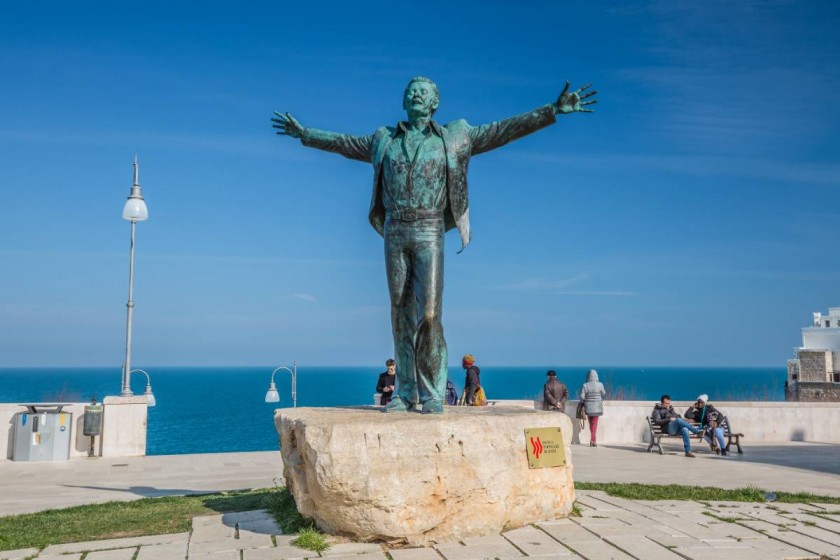 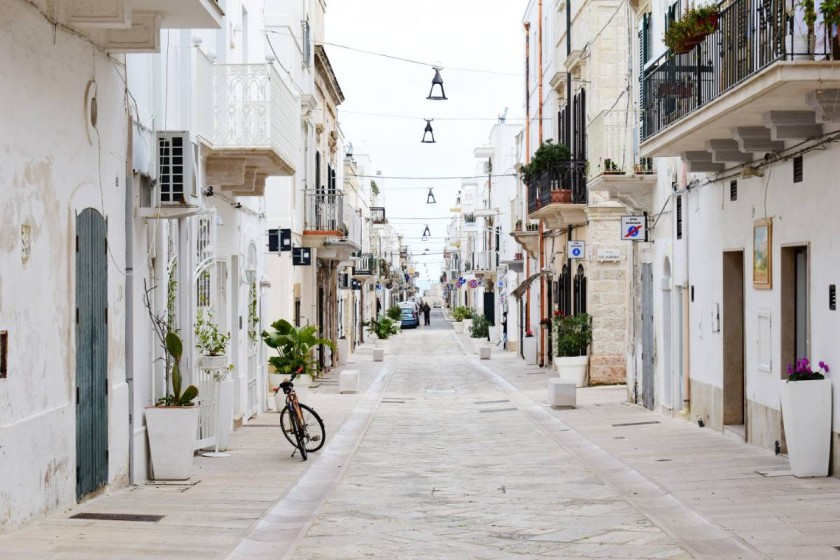 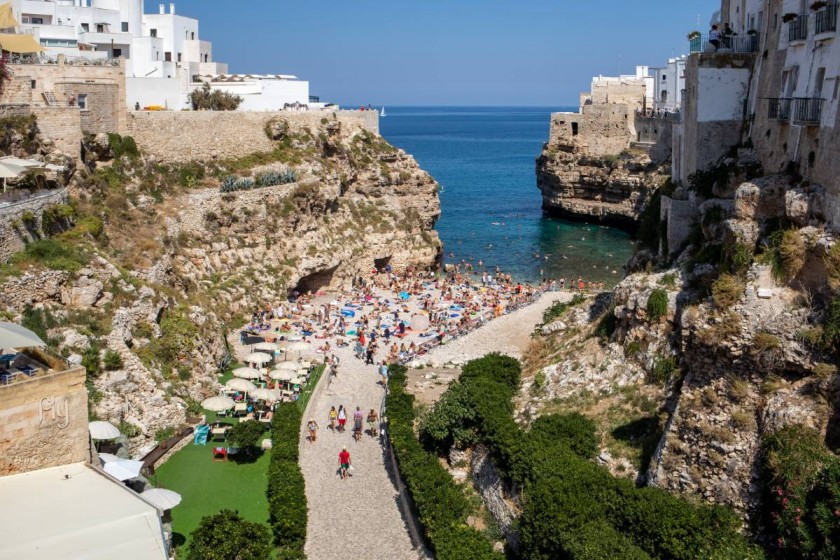 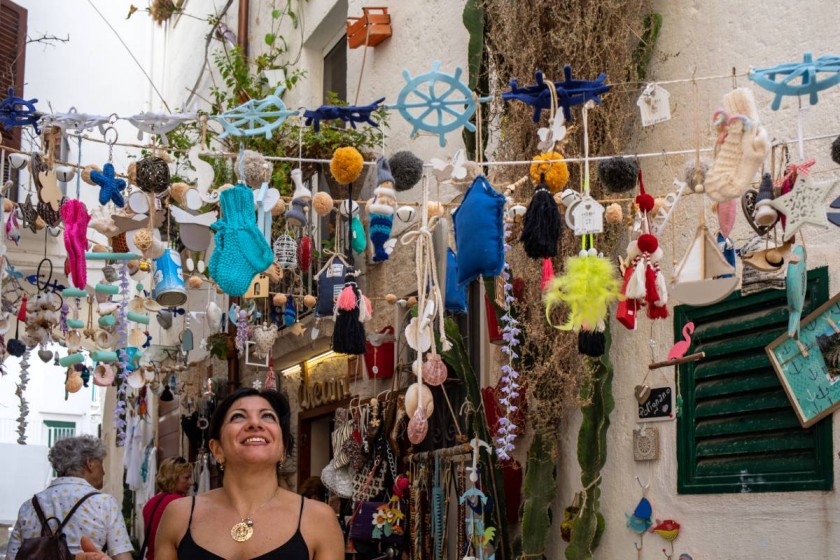 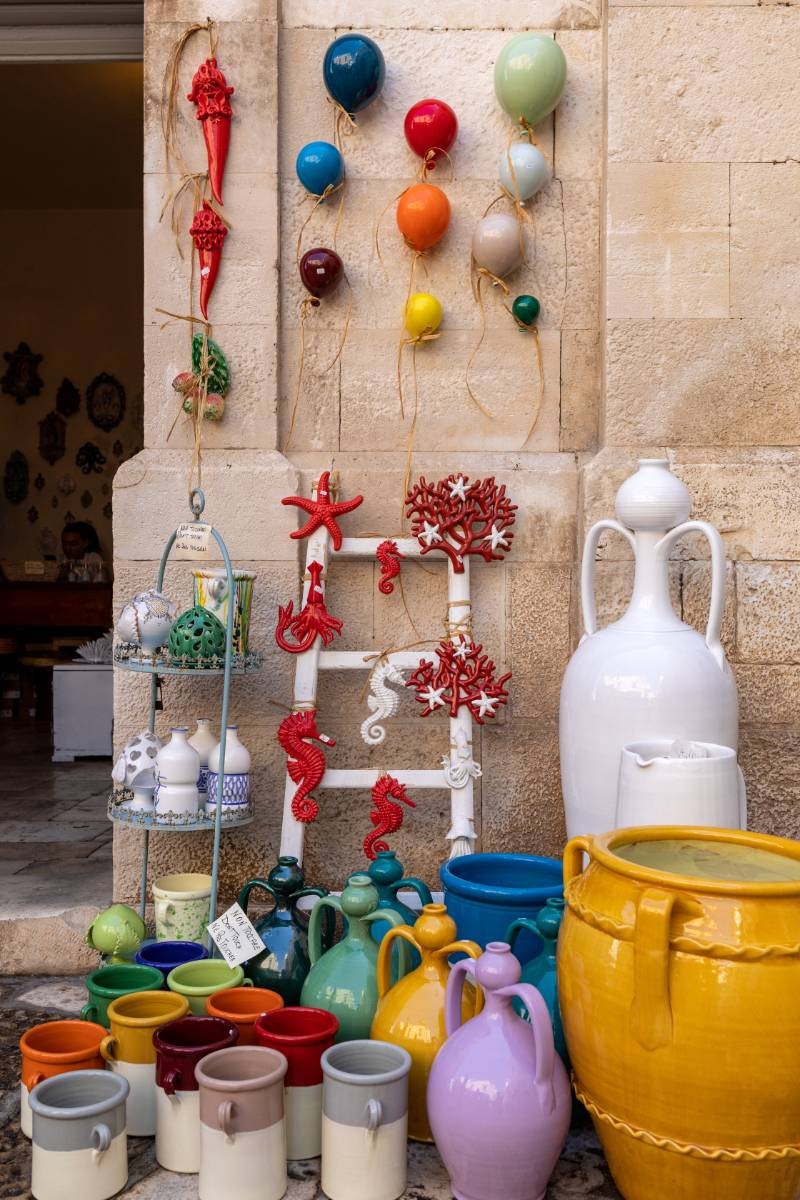 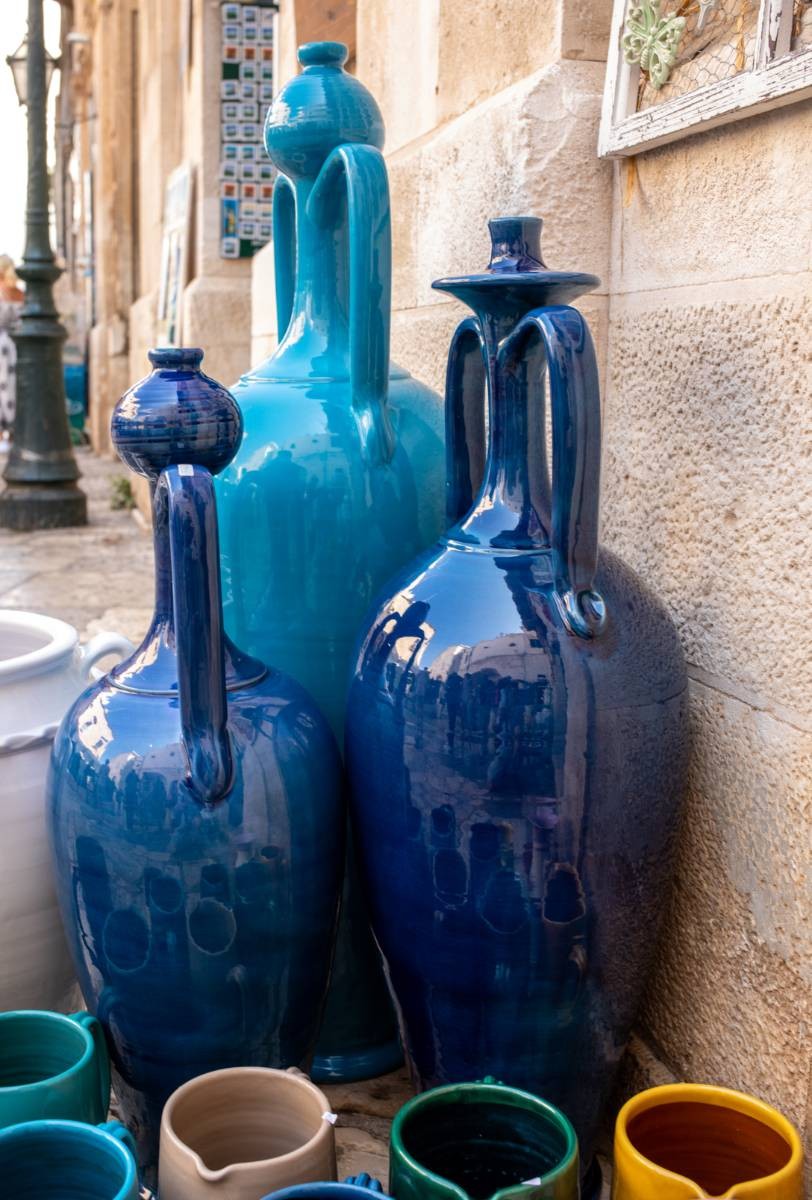 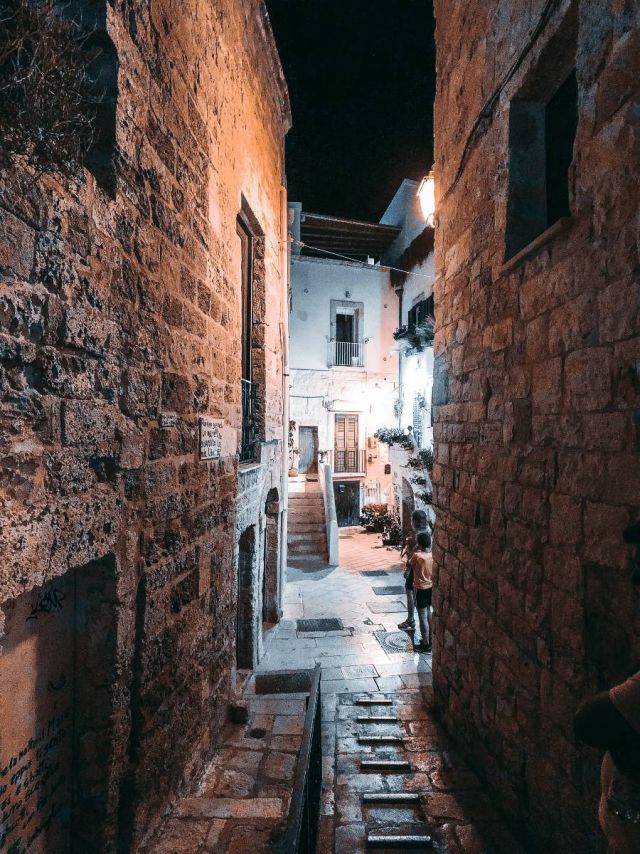 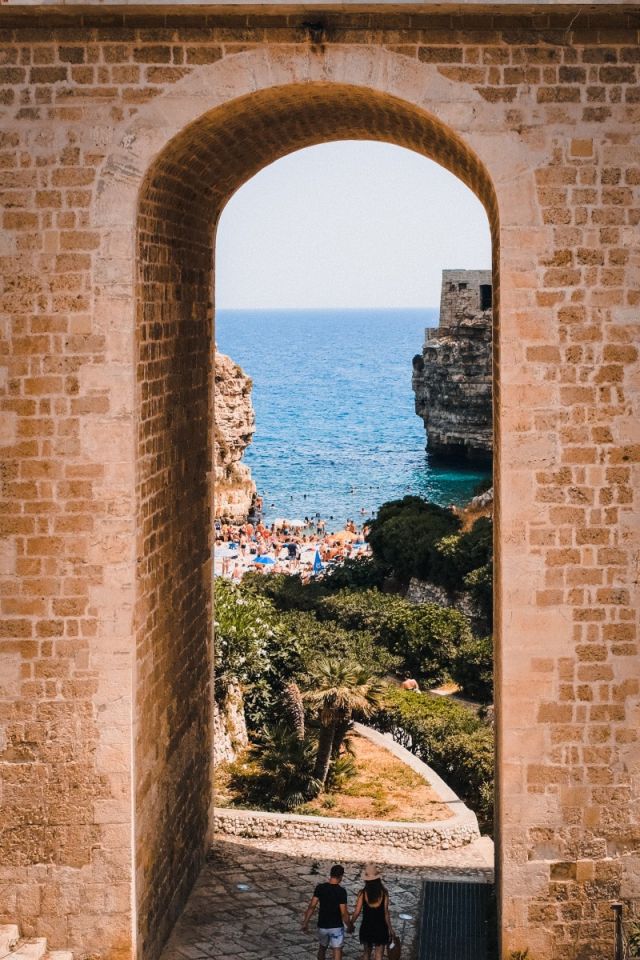 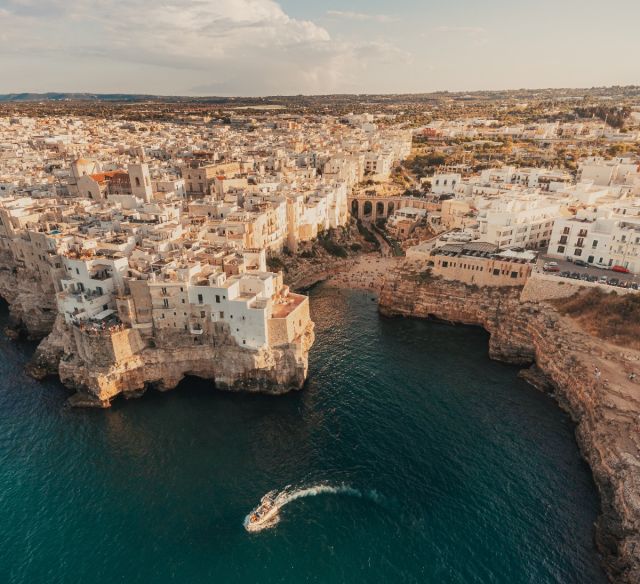 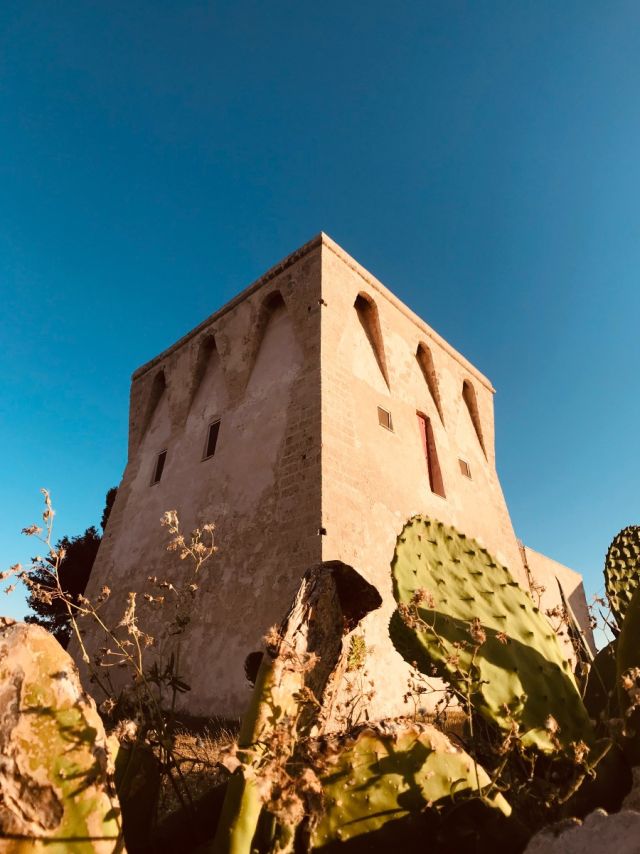 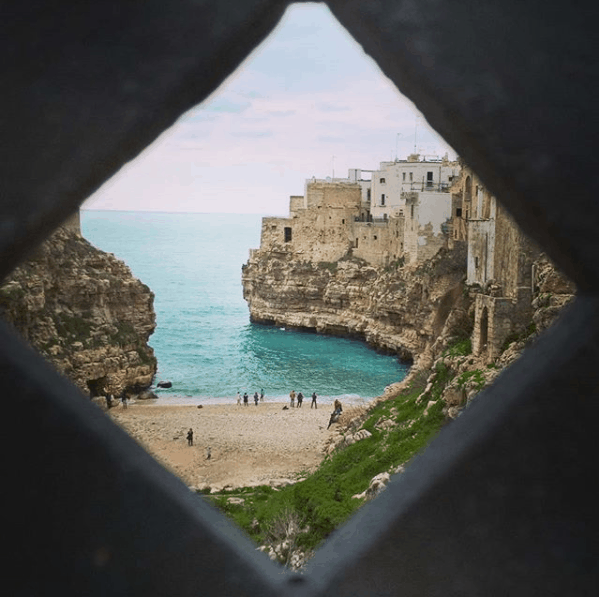 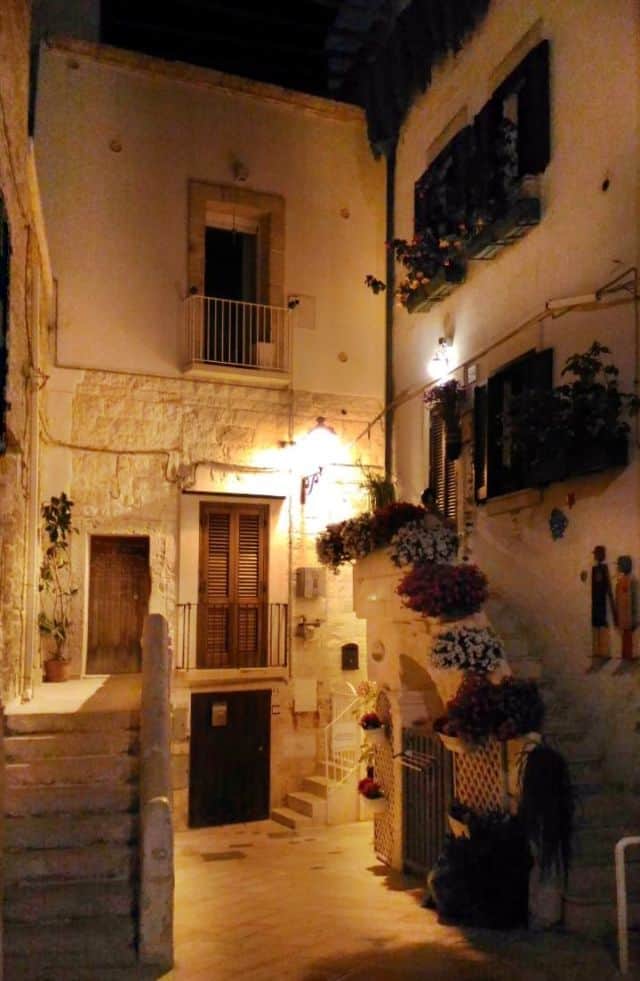 Polignano a Mare (Peghegnéne in Barese dialect), in Puglia, is the birthplace of Domenico Modugno. Stands on a rocky spur overlooking the Adriatic Sea. Of remarkable naturalistic interest are its marine caves and historically important are the historic center and the remains of Roman domination. Among the latter the bridge of the via Traiana, still viable, that crosses Monachile blade, a deep cove immediately to the west of the historic center, so called because in the past there stood the presence of monk seal.

The country has a very ancient history, as in the entire area of the south east of Bari, have been found traces of human presence in the hamlet of Santa Barbara, dating back to the neolithic age. In the II millennium B.C., the landing place of the Iapigi impelled the inhabitants of the villages to move into the area of the present historical center. The thriving center of traffics, was for the Romans an important statio along the track that connected Rome to Brindisi. In the VI century, Polignano was under the jurisdiction of the Byzantine Empire which he adopted the orthodox religion. With the advent of the Normans, who dominated until 1194, the prestige of the country grew, thanks also to the work of the Benedictine Monks, present with two monasteries. The Angevin domination made even more dense commercial relations with other coastal centers and many businessmen and merchants, even Venetians, elected Polignano their residence. In the sixteenth century also Polignano fall under Venetian rule for twenty years. Still today in the historical center there is the Palazzo del Doge where he lived the Venetian governor. During the Aragonese domination, commercial activities developed under the control of experts Venetian merchants. Were Erected works of defense of the country, to start from the coast. The country was often visited by real: in 1797, King Ferdinand I of the Two Sicilies, accompanied by his wife and his son, there stood during the trip to Lecce and, after 10 years even the king Joseph Bonaparte there was received with great feasts. Abolished the feudalism, Gioacchino Murat wanted to visit the Kingdom of Naples, including Polignano, to enhance their military capabilities. He is currently a agricultural and craft center.

Despite the facing the sea and the absence until recent years of a safe harbor for the mooring of boats has not allowed in Polignano a Mare to develop the fishing tradition that distinguishes other coastal towns of Puglia. The economy of the country was therefore bound to the agriculture. Particularly note is the production of vegetables - especially salad and potatoes - and that of olives. Very famous is also the production of the typical Carrot of Polignano, also called "Bastinaca of San Vito", a traditional ecotype of carrot, produced mainly in the rural area of the hamlet of San Vito and recognized also by Slow Food. Today, the local economy is mainly connected with the activity of tourist-receptive. In spring, the sale and tasting at the place of sea urchins animates the hamlet of San Vito.

Piazza Sacramento, 10 - 70011, Alberobello (Bari)
23.29 Kilometers from Polignano a Mare
The Badia di San Lorenzo
The Badia of the village of Casamassima, in Apulia, which is believed to date back to the X centu...

Piazza Canonico Don Antonio, Via Angelantonio Lippolis, 16 - 70011, Alberobello (Bari)
23.61 Kilometers from Polignano a Mare
The Church of San Marco
To the north, about five kilometers from the village of Locorotondo, in proximity of the Selva di...

Via Santa Chiara, 3, Casamassima (Bari)
25.50 Kilometers from Polignano a Mare
Mother Church of San Giorgio Martire
The Mother Church in the village of Locorotondo is dedicated to San Giorgio, the patron saint of ...

Piazza Rodio Frà G. A., 7, Locorotondo (Bari)
28.62 Kilometers from Polignano a Mare
The Church of San Marco
To the north, about five kilometers from the village of Locorotondo, in proximity of the Selva di...

Chiasso Carità, 7, Casamassima (Bari)
25.57 Kilometers from Polignano a Mare
The Church of Santa Croce
The Mother Church of the village of Casamassima, in Puglia, in romanesque style, dates back to 13...

Piazza Santa Croce, 3, Casamassima (Bari)
25.56 Kilometers from Polignano a Mare
The Church of Our Lady of the Greek
Is the oldest church in the village of Locorotondo.

Via Cavour, 183, Locorotondo (Bari)
28.58 Kilometers from Polignano a Mare
= distances as the crow flies

Via San Vito, 149 - 70044, Polignano a Mare
Trulli Donna Isabella B&B
In the frame of the beautiful Itria Valley, in Locorotondo you can stay at the welcoming B&B Trul...

Via dei Trullari, 11, Locorotondo (Bari)
27.85 Kilometers from Polignano a Mare
= distances as the crow flies
Trattoria-Pizzeria Il Cuccundeo
Open at lunch and dinner, this trattoria offers traditional dishes of Apulia with a touch of orig...

Procession of the relic of San Vito

Festival of the kytes

Feast of Saints Cosma and Damian

Feast of Our Lady of Peace

Feast of the SS Crucifix

Adoration of St. Pius by Pietrelcina

Feast of Saints Cosma and Damian

Our news about Polignano a Mare