Share
Sirolo, in the Conero Regional Park, is one of the most important places in Italy for birdwatching. The historic center, of late medieval origin, retains an ancient charm linked to its origins as a fortified castle and consists of a maze of characteristic alleys, passable only on foot, between corners and glimpses of great impact. 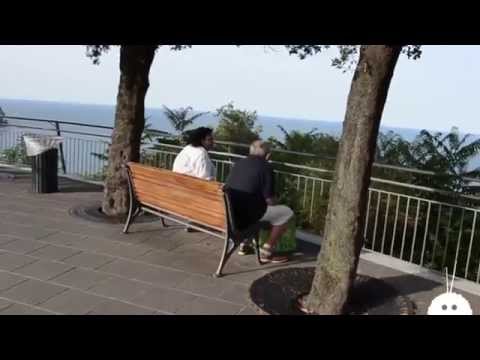 almost the whole of the territory of the village of Sirolo, in the Marche region is part of the Regional Park of Conero, one of the most important sites of Italy for birdwatching and rich of flora, typical of the Mediterranean stain (arbutus, ilex, the Aleppo pine, broom, rate, etc.) and fauna (roe deer, boar, Apennine Wolf, foxes, squirrels, beech-martens, weasels, hares, pheasants, partridges, Jays). Place the nests of the peregrine, Lonely Sparrow and the valve of the strawberry tree, only as regards the Adriatic coast of the peninsula. The name derives from the condottiere Sirio, following general Belisario, to which around the year 540 Justinian I gave the territory of Sirolo, after the defeat of the Goths who had invaded the Piceno.

Sirolo records one of the most remote human presences of the Marche. Since Prehistory mysterious dwellers left their signs of their presence dating back to 100 thousand years ago. In the neolithic age other community occupied Sirolo and the Conero and still falling down in time, other presences in the bronze age, and other settlements, those piceni, figured highly in this land, seminandola villages and then of Necropolis, still today not all dissepolte. In Sirolo there is an archaeological journey in the largest Piceno necropolis of Marche (VI century a.C.) - the only visitable in the region - in which were found extraordinary and numerous artifacts that compose the funerary associations of an extraordinary burial what is the so-called "Tomba della Regina". The nearly two thousand discoveries of the abovementioned tomb confirm the existence of a community that had reached a high conception of the role of women within the ancient society italica. Chiara is also the Hellenic impression in places. The Greeks who, starting from the IV century B.C., sailed the coasts of southern Italy, in these places they found a land rich and fertile ground in which to build the city. Here impacted their dwelling and called the Conero Komaros, renamed by the Romans Cumerium - strawberry tree - because in october the Monte Conero is colored by strawberry trees, small, round and colored fruits have become the symbol of the cordiality and welcome to the host. Even the Romans came and settled in Sirolo, I appreciated the put and the wine and they have left their witness hydraulic works like the aqueduct and artistic furnishings in the villas of the territory. During the Roman domination was part of the cives Humanae. Around the year one thousand, the need to defend themselves from the invasions of the barbarians, favored the rise of the castle of Sirolo. Sirolo, inespugnata, resisted throughout the Middle Ages as a fortified structure, with its towers, its walls, its court and its gothic arch of 1050, the gate of the city. In 1225 the family of auditors courteous, the lords of the place, ceded the town to Ancona in exchange of the noble title. For this reason Sirolo is considered one of the castles of Ancona. Sirolo had a certain degree of autonomy from 1465 to the end of the XVII century, when it became part of the state of the Church.

The historic center is a village of origin late medieval, preserves an ancient charm linked to its origins of a fortified castle and is constituted by a maze of alleys characteristic, passable only on foot, between angles and glimpses of great impact. From piazza overview in the center of the village you can admire the most beautiful beaches of the Riviera del Conero, a large part of The Marches Coast and on the clearest days, the Kornati islands and Croatia. There are important monuments including the Badia di San Pietro on the Conero (XI century), the small church of Romanesque architecture, which looks on to a small square and a Baroque portal, the parish church of San Nicola of 1765, built on the remains of a previous church dating back to 1230, the church of the SS. Rosario of the XVIII century a few steps away from the medieval gate, the little church dedicated to the Madonna (year 1536) in the locality of the "Madonnina" and the Teatro Comunale Cortesi, Tiny jewel of architecture of the end of the '800.

Village of Sirolo
Municipality of Sirolo

Porta San Lorenzo, Palazzo Marinozzi, Via G. Mazzini, 64, Montecosaro (Macerata)
23.09 Kilometers from Sirolo
Priors' Palace
The Priors' Palace is the municipal seat of the village of Montecassiano in Marche Region.

Via dell’Incancellata, Corinaldo (Ancona)
48.23 Kilometers from Sirolo
The Piaggia
La Piaggia, situated in the heart of the village of Corinaldo, in the Marche Region, is one of th...

Via Mura del Mangano, 4, Corinaldo (Ancona)
48.07 Kilometers from Sirolo
Frasassi Caves
The Frasassi Caves of Genga are located within the Regional Natural Park of the Gola della Rossa ...

Ten seaside villages in the centre of Italy worth visiting during this summer
10 villages overlooking the sea, 10 rare pearls of our italian landscape, 10 locations that can not be missed during the year of the villages. Ok, we have a lot of pearls in Italy but today we want to show you just some we believe are really worth visiting during the summer on the central coasts of our country. 1. Our tour starts from Tuscany with the hamlet of Giglio Castello, a fraction of the Giglio Island which is located in the highe...
Continue
Ancona: a day through sea and hills
The picturesque village of Sirolo, overlooking one of the most beautiful stretches of sea of the Adriatic coast, the view over the Mount Conero, the suggestive underground Camerano and a good glass of Rosso Conero. In particularly clear days, you can glimpse the Croatian coast. The picturesque village of Sirolo gives the extraordinary pleasure of such a view. Situated in the south of Conero’s slopes, it overlooks one of the most beautif...
Continue
Marche Dream: 5 villages to taste through their typical dishes
Set like a gem in the heart of Italy, the small region of Marche attracts visitors with its unspoilt landscapes: wandering through its rolling hills, discovering its medieval villages and reaching the crystal clear waters of its beaches is a pleasure for body and mind. And what about the local cuisine? Simple and tasty, it reflects the soul of this region and is an integral part of the holiday.In this article we will savour 5 charming villages in the Marche region through their typical dishes. The journey starts from the beaut...
Continue
5 unmissable wine villages
Gavi, in the lands of Alessandria, Castagneto Carducci, the heart of the Maremma, Sirolo, pearl of the Conero lands, Venafro, in the Molise hinterland and Sant’Agata dei Goti in the Benevento area, are five destinations to discover extraordinary landscapes and discover wines rich in history. Wine is among the treasures of Italy. Extraordinary nectar, excellence exported to every corner of the world, from the Alps to Sicily it produces white and red, light and full-bodied, with and without bubbles. Each region has its places ...
Continue
Curiosities about the legend of St. Nicholas that gave birth to a Palio in the village of Sirolo
In the italian village of Sirolo (in the Marche region) each May 9 is celebrated the Palio of St. Nicholas, patron of the town, divided into two chanllenges inspired by the life of the saint. Between the two challenges, that of the Contrade and that of the Canaja, it is curious to note that one of them has taken originally from a "bad" translation of a legend about the saint handed down over the centuries. We are talking about the "Disfida della Canaja", challenge that sees children aged 11 to 13, compete in a race to "recompose" ...
Continue