Recipe: the Culurgiones of Ogliastra

Very tasty ravioli typical of Ogliastra, unique both for the taste and for their spike form of wheat. 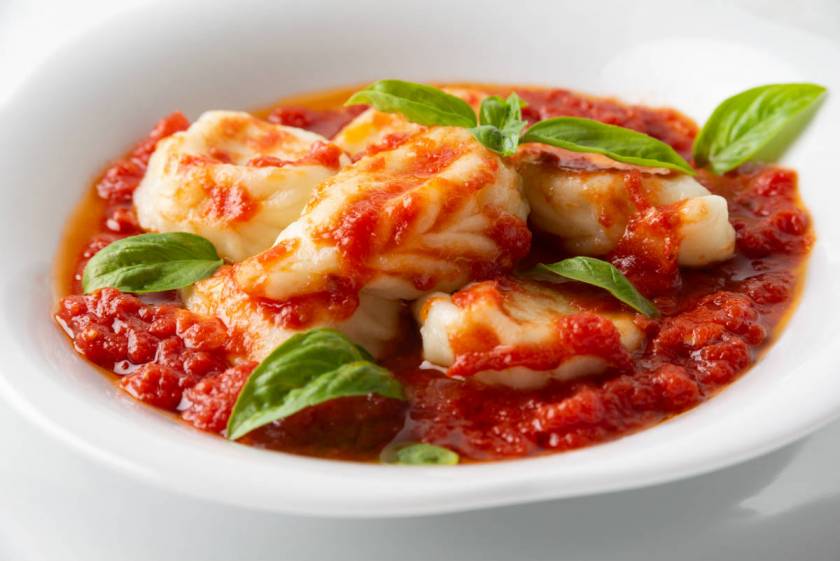 A particular type of stuffed pasta typical of Ogliastra. What makes them unique is not only the taste but also their particular ear-shaped closure, specially designed to retain the tasty filling.
These ravioli, also called "culurgiònis", "culurzònes" or "culunjònis" in the Sardinian language, were originally prepared only in the family and in many areas represent the dish of Sunday and holidays.
A poor dish, born from the agropastoral cuisine of Ogliastra, spread throughout Sardinia with many variations.
Their preparation takes place initially with the filling which depending on the location may undergo small variations in the type of ingredients. In fact, in some areas, instead of mint, basil is used, in others the onion is used instead of garlic and in others, the filling is made only with potatoes and cheese.
In the Gallura area, culurgionis are flavored by adding the grated lemon or orange rind to the filling.
These tasty ravioli are served simply with tomato sauce, basil and a sprinkling of grated pecorino.
Now let's see how to prepare them.

Let's start with the preparation of the filling, infusing a clove of garlic peeled in oil, letting it rest for at least 8 hours, better if a whole night. After the necessary time, we remove the garlic, which has already flavored the oil. Then we begin to boil the potatoes; peel and mash them, then cool them. Add the grated Pecorino cheese to the potatoes, the chopped mint leaves and mix everything with the addition of salt and pepper; add the flavored oil and mix everything. We cover the filling with plastic wrap and let it rest in the refrigerator overnight.
Now we prepare the pasta. Pour the semolina and flour into a bowl and add a little oil and the water at room temperature. We knead until the mixture is smooth and homogeneous. Let's cover it with the film and let it rest for half an hour at room temperature. We spread the dough thinly and with the help of special shapes or a simple glass we cut discs of about 6 cm in diameter. Place a spoonful of filling in the center of our disks and close them on themselves by alternately pinching the sides to form a shape similar to an ear of corn.
All that remains is to cook our culurgiones in boiling water and season them with plenty of tomato sauce and grated cheese.

What to see in Arbatax

Nuraghe S'Ortali 'e su Monti
More...
are you an Italian villages lover?
Join our Community
and share you experiences!