A typical vegetable from the Polesine area that is distinguished by its bright white color and unmistakable flavor, the protagonist of several dishes

We are in Rovigo, Polesine, in the area framed by the flow of the Adige and Po rivers, where the first element of this land is water, the same water that has forged the land into the ideal soil for the production of Aglio Bianco Polesano. The presence of this prized product can even be traced back to Roman times, with garlic cultivation being among the most widespread at the time. It was such an important plant for the economy of the area that it became an industrial crop in the mid-1900s.

To protect and promote this food in the world, the Consorzio di Tutela dell'Aglio Bianco Polesano DOP was established in 2010 at the Rovigo Chamber of Commerce. The same year Aglio Bianco Polesano received the DOP (protected designation of origin) label from the European Union. The Consortium had the merit of reviving the fortunes of a product that was gradually disappearing, to the advantage of cheaper, but also lower quality imported garlic. An initial group of farmers, after a long process, obtained the PDO designation, and today the Consortium consists of 30 members and exports about 6,000 quintals of Aglio Polesano to the world.

Aglio Bianco Polesano is slightly smaller than the other types of garlic, has a bright white color and its structure is compact, but the real peculiarity of this product is its unique fragrance that perfectly matches the needs of any palate, its more persistent and less pungent aroma, and its high percentage of dry matter, which translates into less water inside and greater shelf life.

For any cook, the raw material is that indispensable added value that gives quality to each of his creations. That is why the protagonist can only be Polesine White Garlic, whose unmistakable flavor is not only the fruit of a fertile soil and a temperate climate, but is the passion for its cultivation, which is handed down from father to son, and the ability to select the best material.

In this video, thanks to chef Enrico Rizzato, we will learn about some dishes based on Aglio Bianco Polesano DOP. 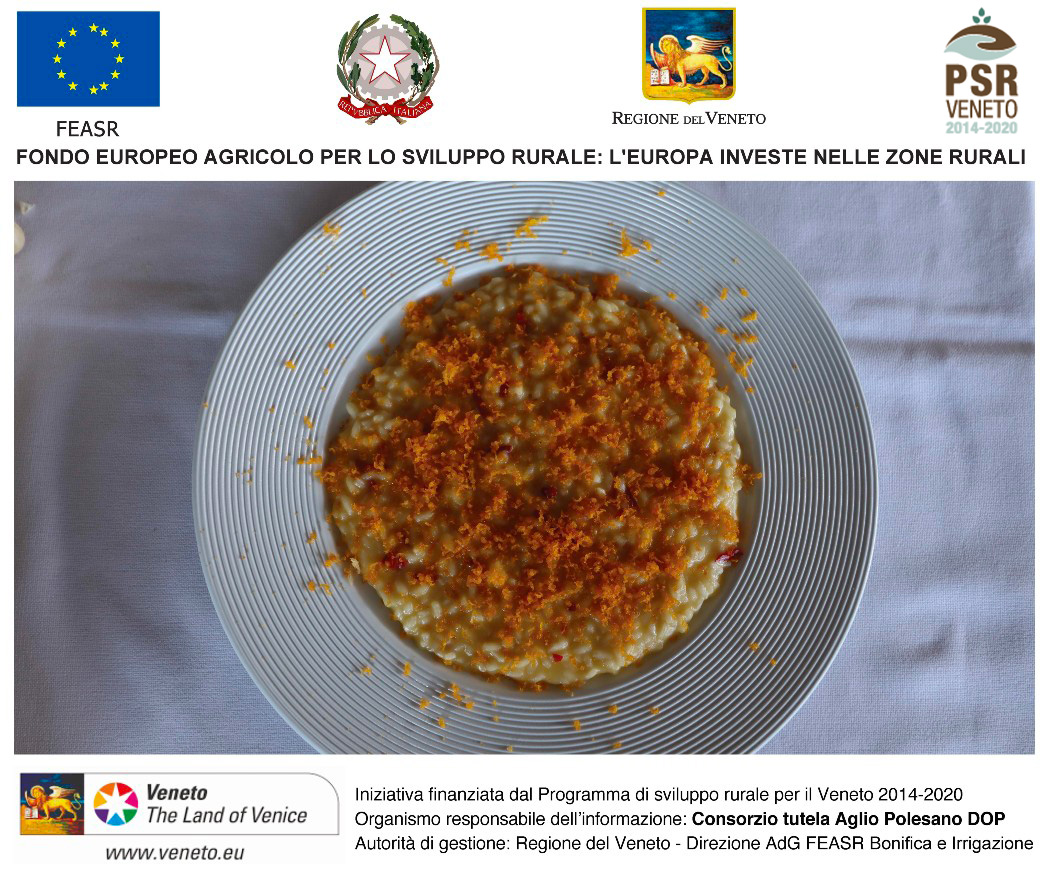 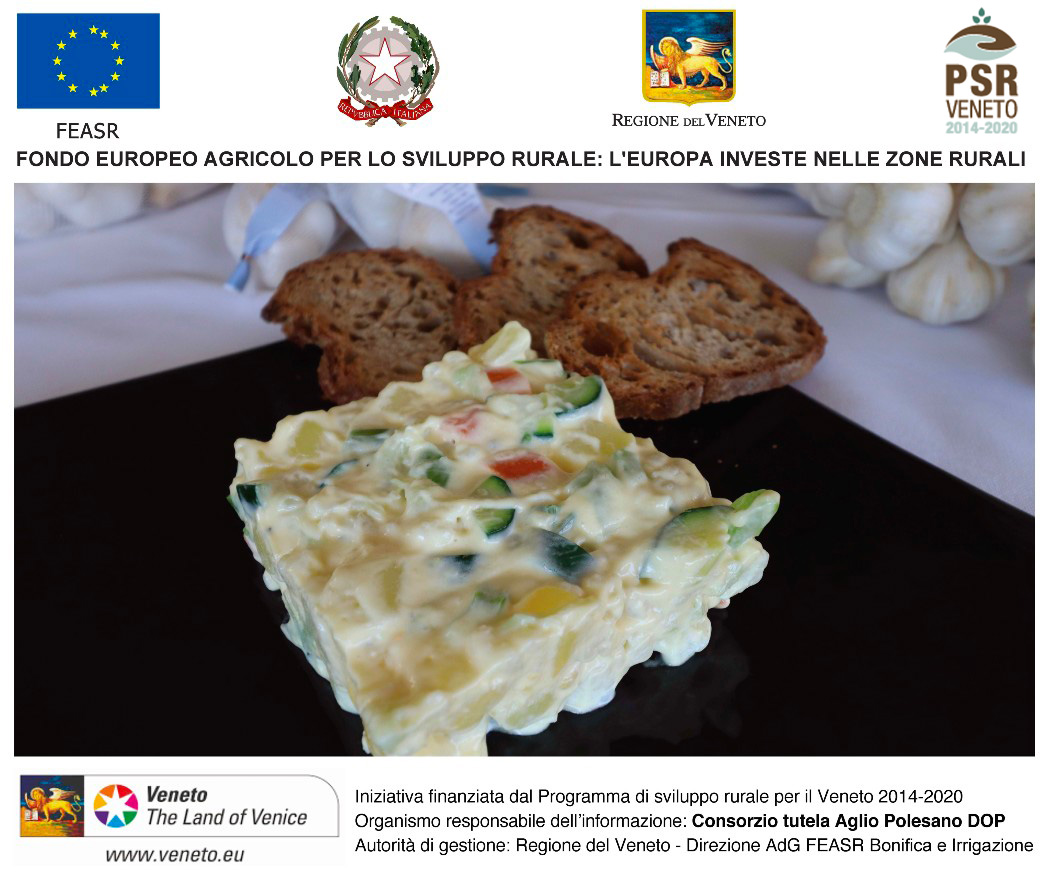 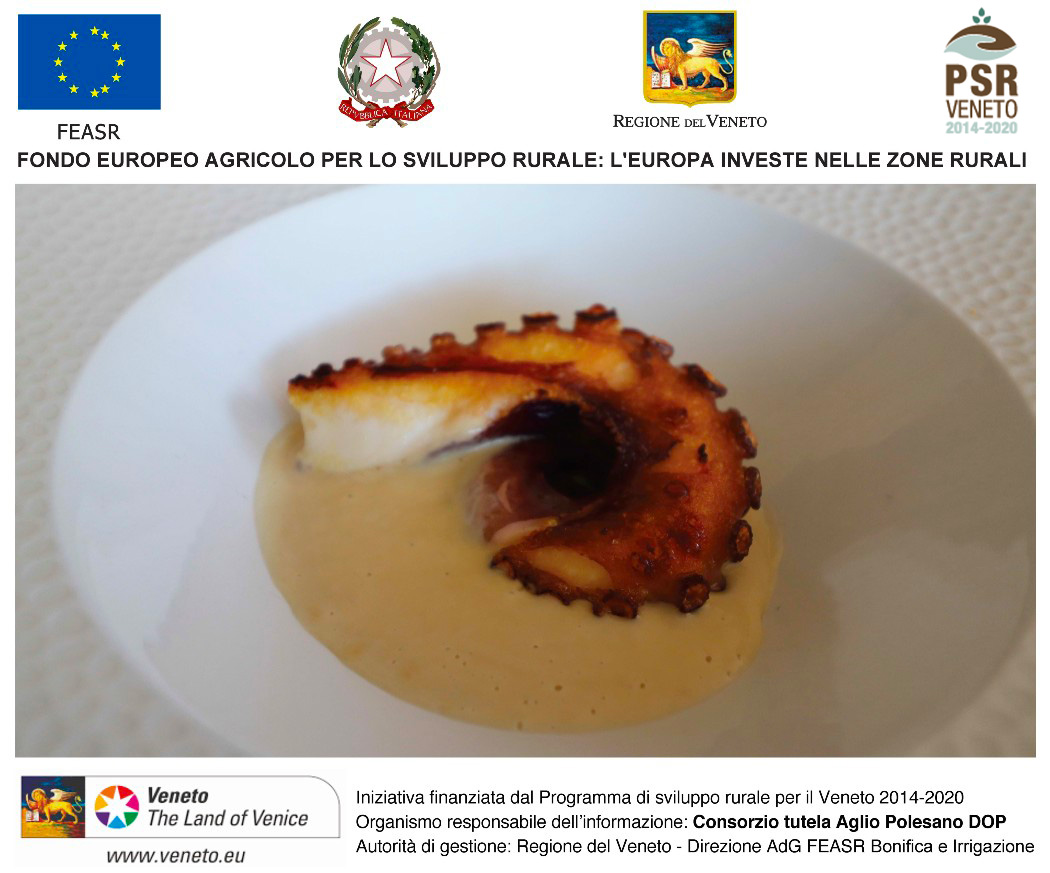 Discover other dishes based on PDO Polesano White Garlic