What to see in Monteriggioni, Siena, Tuscany 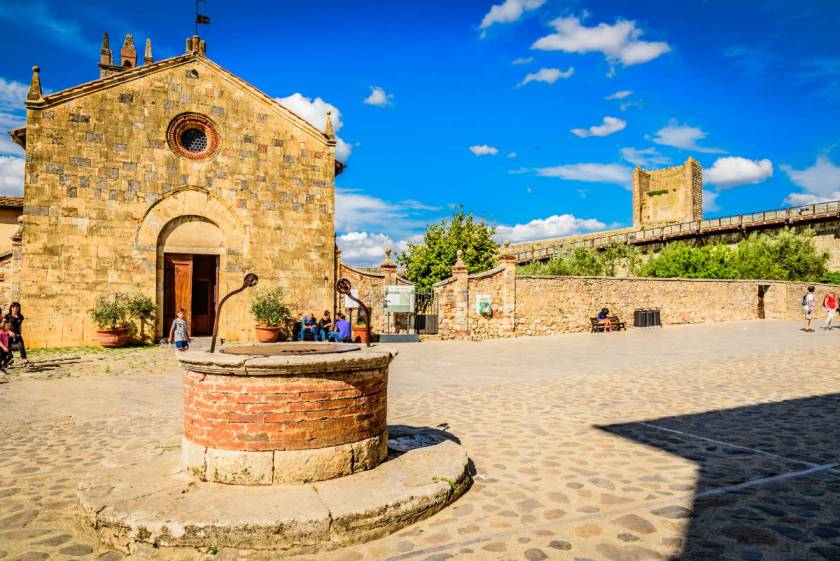 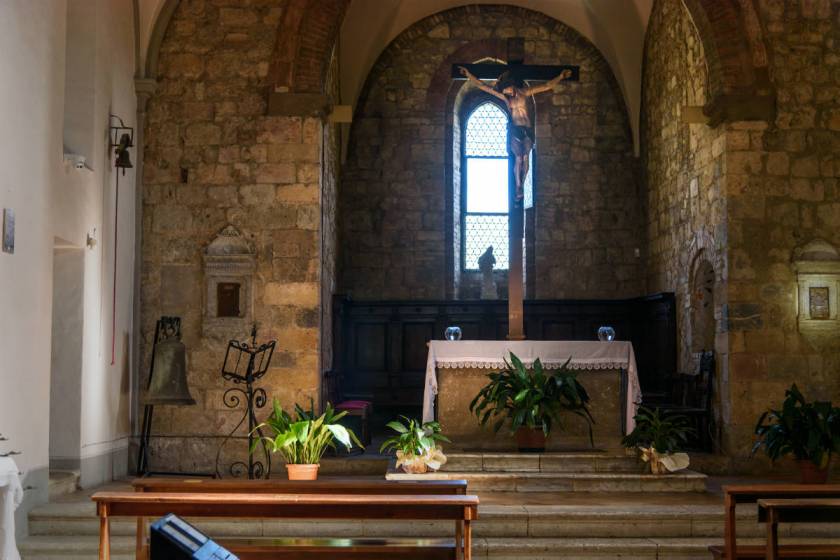 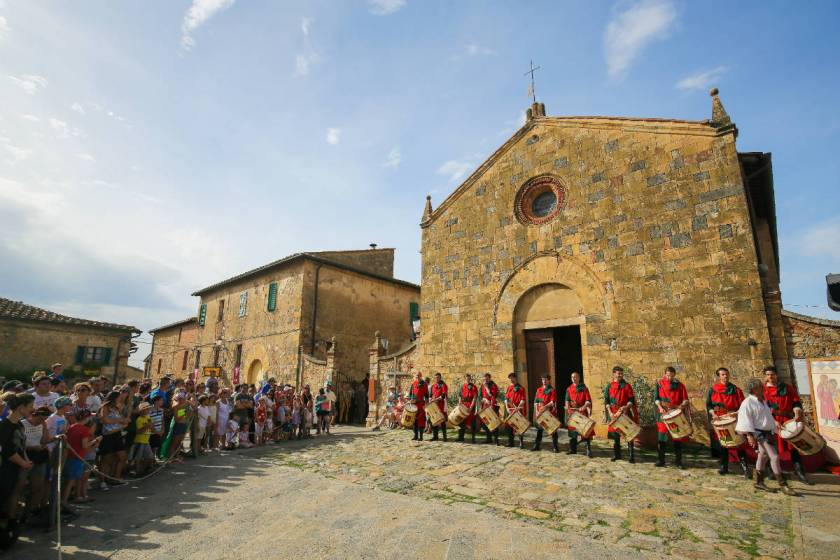 the history of the Church of Santa Maria Assunta of Monteriggioni is closely linked to the events of the castle. It was built between 1213, the year of foundation of Monteriggioni, and on 10 June 1235 when, in its inside, the delegates of the municipalities of Siena and Poggibonsi accepted the conditions of peace with the Florentines. The development of Monteriggioni did increase the importance of the Church, so much so that at the end of the XIII century was promoted to Pieve: there was transferred to the title of Canonica Sanctae Stemennano Marie and there was placed the baptismal font.

The church is located in the main square of the village and consists in a building with a single rectangular nave concluded with a scarsella and covered with vaults. The facade has been carried out within the 1235 and is a hut with an opening to eye located above the portal. Presents a facewalls of travertine golden hue and whose ashlars are arranged on horizontal courses and parallel and very regular. The eye was made with pieces of cooked carved in folios and is surrounded by a ring coordinated with the portal. The northern side is opened by two single lancet windows with double sguancio with archivolt in bricks and two portals of which one is buffered. The south side has only two single lancet windows are identical to those on the other side and identical to the other side is also the crowning realized by means of a series of shelves in a terracotta where are carved out of human heads as in the church of San Jacopo the Temple to San Gimignano. The Forum has the volume of the scarsella square covered with a cross vault, work which belongs to the first phase of the construction of the Church saw that the crowning is coordinated to the brackets of the sides. The bell tower built using ancient materials, dates back to the XVIII century and is located on the northern edge of the tribune.

The interior of the church is covered with barrel vaults bezel. The nave is divided from the presbytery, raised by three steps, from a arcone acute in bricks. The scarsella is covered by a cross vault. Inside the church you can admire two tabernacles of the XV century, a painting of the Madonna of Lippo Vanni, a wooden crucifix and the bell donated to the church by the Republic of Siena in 1298 and the wooden choir dating back to the XVI century.