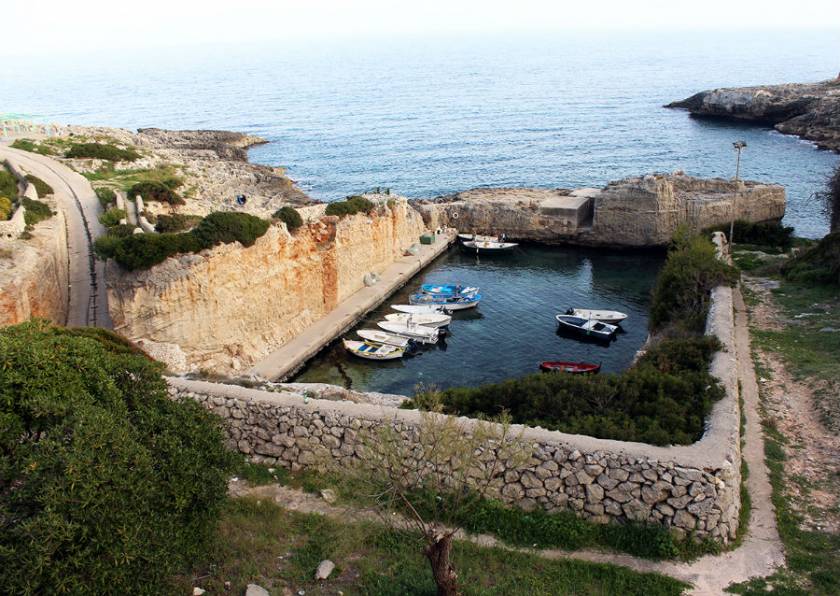 Marina of Novaglie, or simply Novaglie is a seaside resort of Alessano. The locality was inhabited from ancient times as evidenced by numerous caves used to Laure Basilian in the Middle Ages and a shelter for fishermen in below. The origins of the name are uncertain: è perhaps datable to the land reclamation in the XI century included the area by calling "new" wooded areas and stony making them habitable. The existence of a number of springs of fresh water made Novaglie one locality strategic for the Saracen pirates who went to refuel. Since the antiquity the coast of Novaglie was used as a point for the mooring of boats and ships, as evidenced by the toponym Porto Vecchio given to the stretch of coast più to the north-east. Novaglie hosts two ancient laure basilian in the area of the new harbor, dug into the rock from two Natural caves; used in time as a shelter for boats, we can discern in them writing stroke graffito scratched. There is also a chapel dedicated to Our Lady of Sorrows dating back to the XX century, forming part of a private residence. The main caves of costa novagliese, from north to south there are the following:

From 2013 the ancient sheep track that from Novaglie led to Gagliano del Capo skirting the two caves has been managed and opened to the public as trail; through it it's possibile to access to the two upper chambers of Cipolliane. 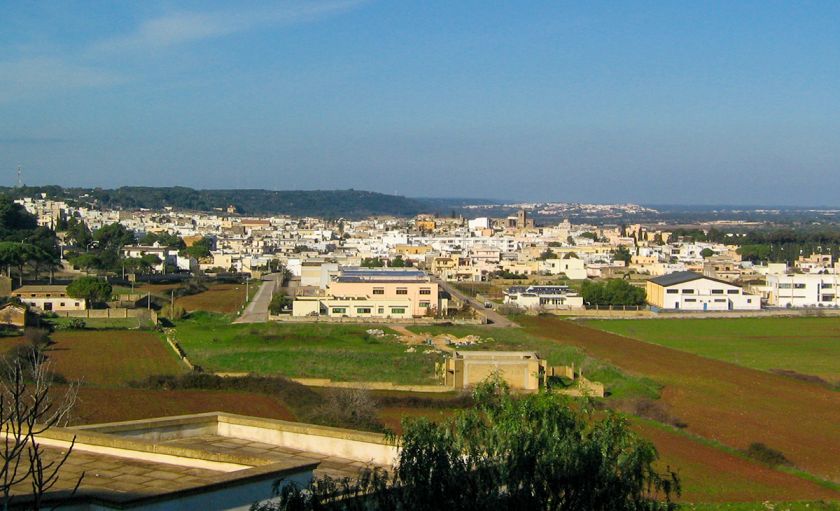 Via Madonna di Fatima - 73039, Tricase (Lecce)
7.14 Kilometers from
Hotel Salento
Hotel Salento and Noviera restaurant are located in the village of Specchia, the heart of the Sal...

Strada Provinciale per Miggiano, km 1, n. 53, Specchia (Lecce)
12.56 Kilometers from
B&B Centro Storico
The Bed & Breakfast Centro Storico rises in the heart of Otranto, on the ground floor of the anci...