What to see in Ausonia, Frosinone, Lazio 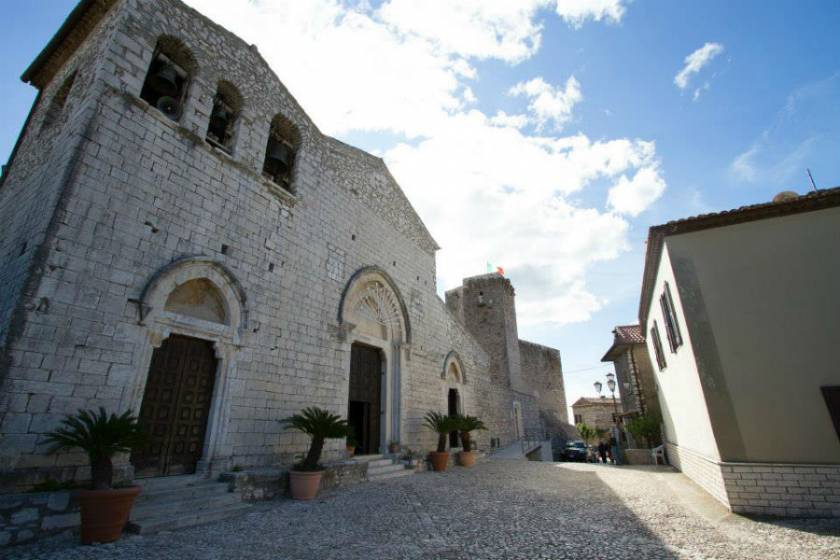 the Collegiate Church of San Michele Arcangelo of Ausonia was built between the end of the XII and the beginning of the XIII century on the ruins of an ancient pagan temple dedicated to Hercules, still today the ares and the stones of the ancient temple are visible inside. Beautiful the three portals framed by round arches with the frescoed lunettes with images of Christ, S. Michele and of the Virgin. Already from the main door was affected by the grandeur of the basilica, arranged on three naves divided by pillars, that not even the heavy restructuring neoclassical baroque and sustained in the Nineteenth Century manages to diminish. At the entrance, two funerary Ares, today used as stoups. On the sides of the presbytery two flights of stairs lead into the crypt, today the plain, used for a long time as ossuary. The other two specimens, inserted in the medieval era in the second and fourth pillar of the right, were brought to light with the restoration work: an altar depicting a clava and a skin Leonina, emblems of Hercules and, at the base of the second pillar, a cippus, always with emblems of Hercules on the sides.