What to see in Sambuca di Sicilia, Agrigento, Sicily 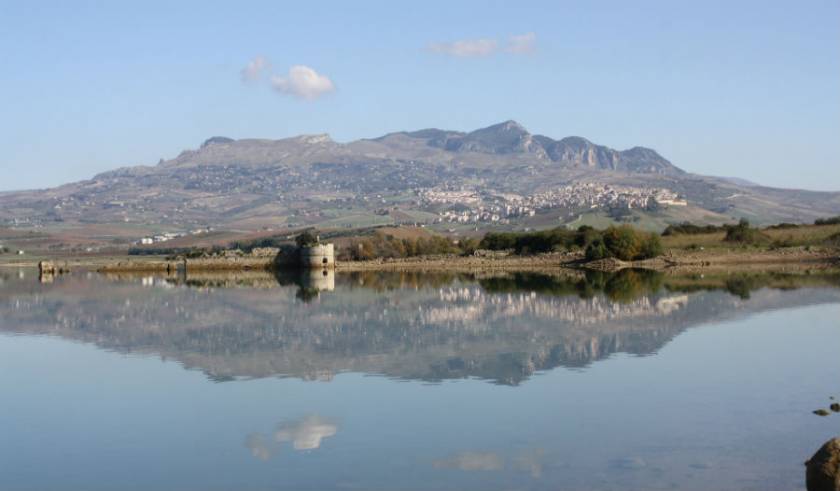 The arab Fort of Mazzallakkar, near Lake Arancio, is located in the area of the Mills, so called because of the presence of several mills operating thanks to the waters of Rincione, between the hill Castellazzo and Tower Cellaro which extends in the lower part of the territory of Sambuca di Sicilia.

Its construction was made in the same period in which Arabs were founding Zabut (Sambuca) and that is next to the 830. This was probably an outpost to defend the territory around the castle of Zabut. Until the fifties, even if used to shelter of flocks and herds, the fort was in excellent condition. Following the construction of the dam Carboj remains partially submerged by the waters of the lake Orange for at least six months of the year.

The Fortino has a quadrangular shape; in every corner there rises a tower of circular shape, covered by a dome in calcareous stone with a cuspidate adorned that perhaps was a flame or a crescent. The towers are equipped with slits and the height of the walls reaches approximately 4 meters.

Contrada Pandolfina , Sambuca di Sicilia
Puesta de Sol Residence
Puesta de Sol, in Cala Palme, is the ideal choice for those who want to enjoy every moment of the...

Via Lungomare Luigi Rizzo, 113 - 92010, Lampedusa e Linosa (Agrigento)
240.50 Kilometers from Fort of Mazzallakkar
Balata Bianca Charming Rooms
An elegant design accommodation in Lampedusa, cared for in every detail by its owners.