Metaponto, Cerveteri, Volterra and Populonia: discovering some of Italy's most beautiful archaeological sites

Italy's ancient history is reflected in the remains of ancient and diverse civilisations, thanks to the presence of some of the most important archaeological sites in the world. 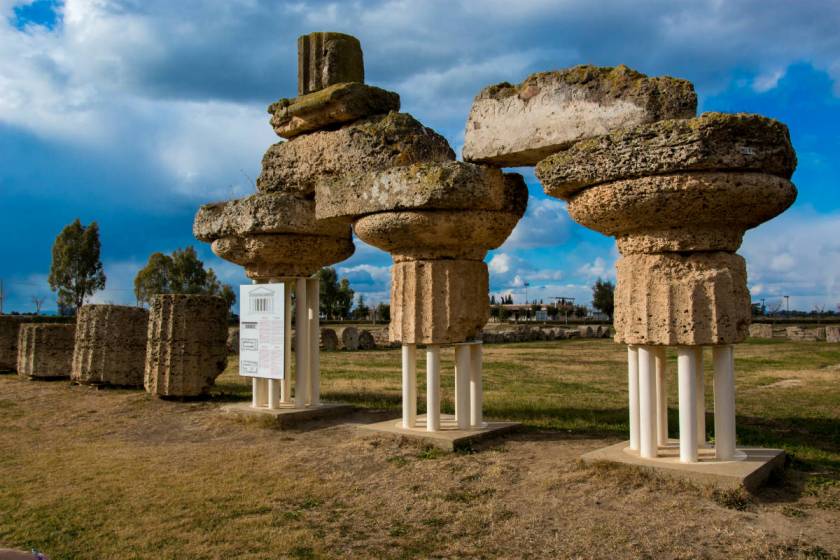 Italy is a country with an ancient history that goes well beyond the glorious Roman civilisation, reaching times when Greek and Etruscan settlers alternated on Italian soil. It is to these peoples that some of Italy's oldest and most fascinating archaeological sites are linked: Populonia, Cerveteri, Metaponto and Volterra.

Metapontum and Cerveteri
In the 7th century BC, the Achaeans arrived in southern Italy. They were a Greek people who founded many colonies in southern Italy, including the ancient Metapontum, now part of the Lucanian town of Bernalda, built between the Basento and Brandano rivers. The city, where the mathematician Pythagoras took refuge after his expulsion from Crotone, soon became the centre of Magna Graecia, although support for Pyrrhus first and then Hannibal led to its inexorable decline. The symbol of the archaeological site are the Tavole Palatine, the remains of the ancient Doric temple dedicated to Hera dating back to the 6th century BC. We can still see the sacred area with the remains of the Doric temples of Athena and Apollo and those of the Ionic temple consecrated to Aphrodite, the agora and a theatre with a semi-circular cavea, a precursor of the future Roman amphitheatres. In the ceramists' quarter, the kerameicos, you can see the remains of the kilns where the first ceramics painted with red figures on a black background were produced. 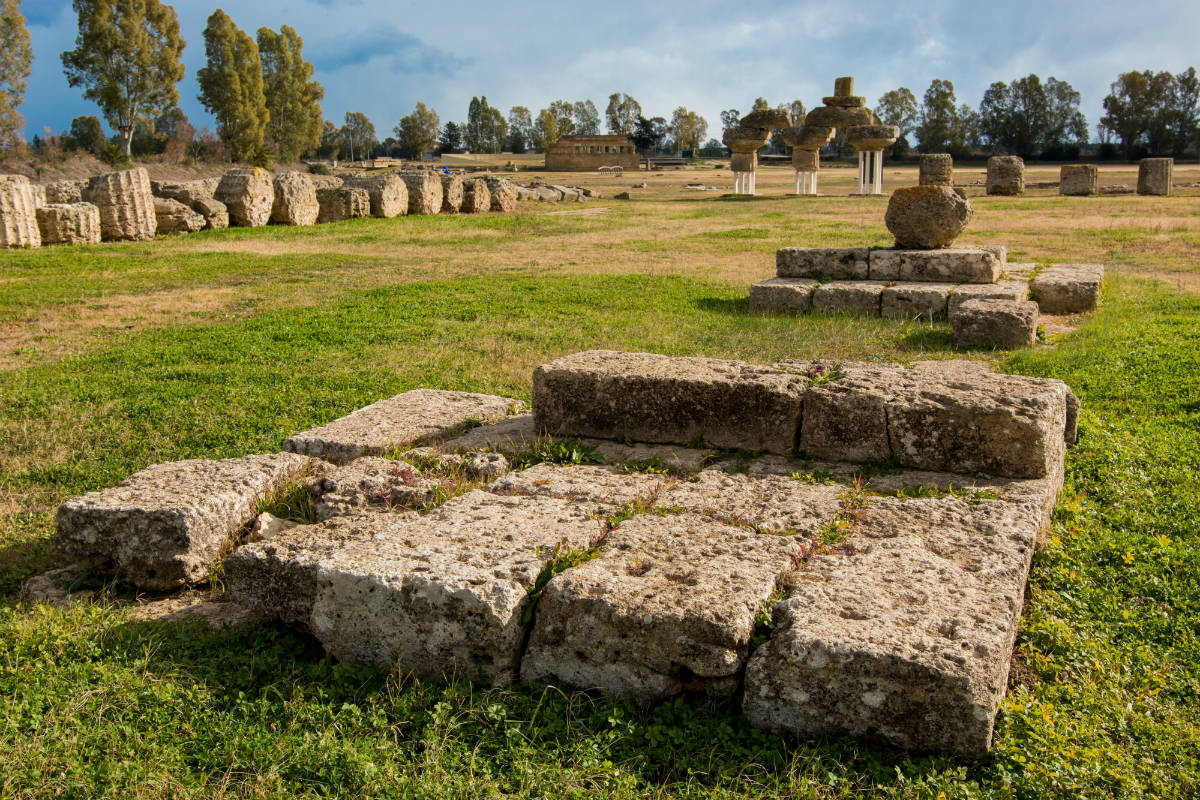 Going further north, in the province of Rome, we reach the Necropolis of Banditaccia in Cerveteri, declared a UNESCO World Heritage Site and representing the most important and best-preserved Etruscan site in the Mediterranean. The burial area stands on a tufa plateau and developed, between the 7th and 1st centuries BC, as if it were a city with streets, quarters and squares.
In the area of the Old and New Enclosure there are dado tombs arranged in rows, circular tumuli with a hemispherical roof covered with turf and underground sepulchres such as the spectacular Tomb of the Reliefs. The interior of this 4th-century tomb features stucco images of animals, domestic objects and red cushions.
Equally impressive are the Tomb of the Capitals with roofs similar to those of Etruscan houses, the Tomb of the Cornice and the Tomb of the Five Chairs with stone seats in the Autostrada area. 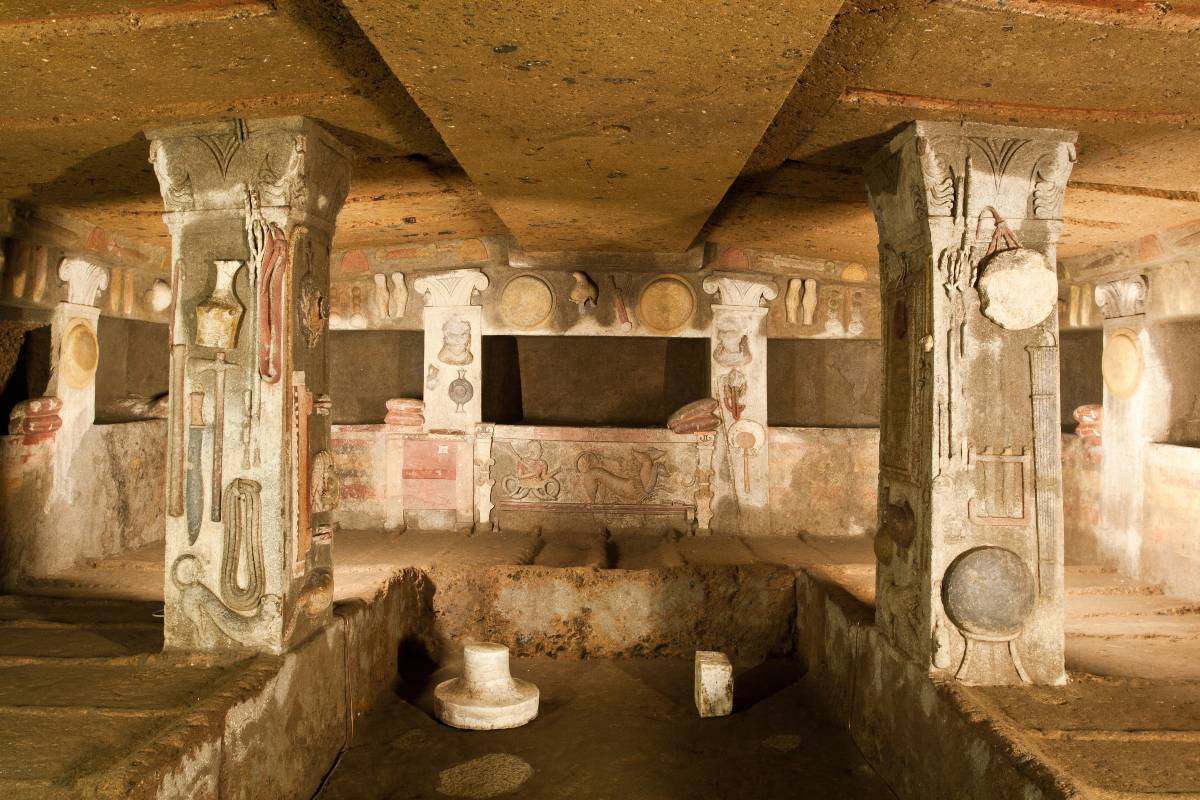 Volterra and Populonia
In the province of Pisa lies the picturesque village of Volterra, an ancient Etruscan centre founded around 2300 years ago, whose Archaeological Park of Enrico Fiumi is one of its most splendid jewels. The site stands on a plateau, a stone's throw from the Etruscan walls and the Medici Fortress: visiting the Etruscan Acropolis of Piano di Castello, one can see civil buildings such as warehouses, but above all religious buildings dating back to the period between the 6th and 5th centuries BC, whose friezes are preserved in the Guarnacci Museum. Little remains of the Etruscan structures, only a few stone plinths as the rest were made of terracotta, clay and wood: the best preserved vestiges are those linked to the Hellenic period, namely two temples and a complex of cisterns including the Augustan Pool.
Anyone who goes to Volterra should not miss a visit to the Guarnacci Museum, which houses what is considered the symbol of the archaeological area, the Ombra della Sera: this small bronze sculpture dates back to the 3rd century B.C. and its elongated shape, similar to the human shadow reflected at sunset, inspired its curious name by Gabriele D'Annunzio.
Less well known is the Archaeological Park of Baratti and Populonia, in the present-day village of Populonia overlooking the Gulf of Baratti: the site of the ancient Pupluna, known for its metallurgical production also mentioned by Livy in connection with the supply of iron to Scipio Africanus, was part of the Dodecapolis, the Etruscan city-states.
A visit to the Necropolis of San Cerbone allows you to see the oldest monumental Etruscan tombs in Populonia, including the famous Tomba dei Carri. The upper part of the site houses the Acropolis with the remains of temples, paved roads from the Roman era, as well as sanctuaries and baths, mosaics and Etruscan huts belonging to Populonia's most aristocratic class. 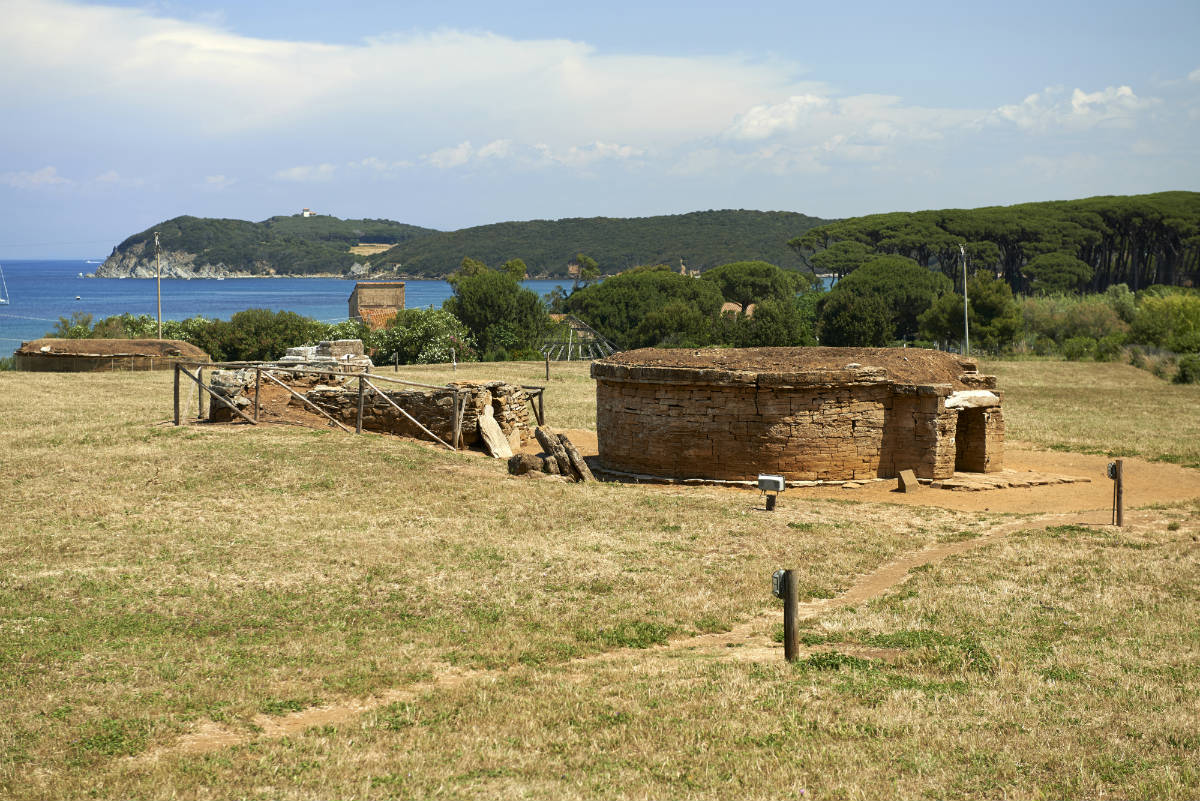 What to see in Metaponto

National Archaeological Museum of Metaponto
More...
are you an Italian villages lover?
Join our Community
and share you experiences!