Tour on the Tuscan coast, for those arriving by car or by ship

From Versilia to the Maremma, a journey to discover splendid villages that, in addition to offering excellent bathing services, preserve priceless works of art. And for those arriving from Sardinia there are ferries available all year round 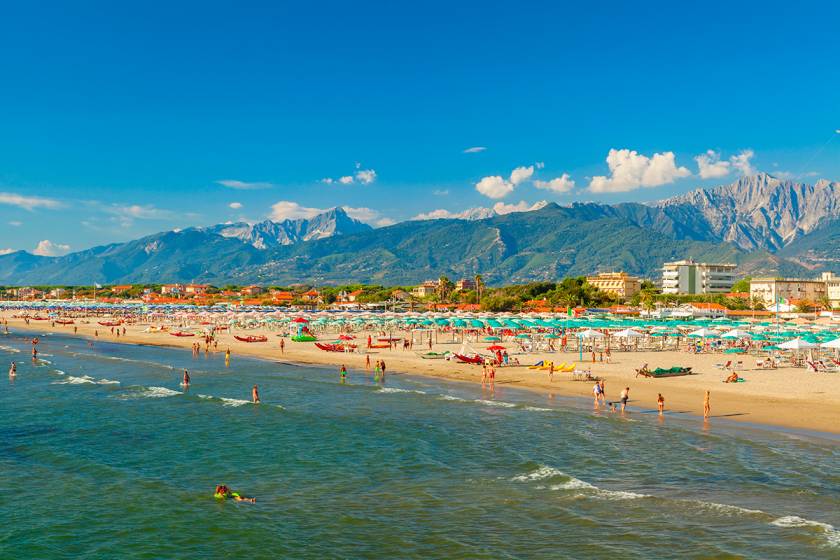 The Tuscan coast is not just sea, sun and tan. Of course, summer is approaching and thoughts are turned to the beaches of one of the most well-equipped Italian regions from a bathing point of view, so much to be taken up each year by Bandiere Blu. But the coast of Tuscany, besides excellent quality establishments, includes a series of jewels that already existed many centuries before umbrellas were planted on the sand. We are talking about the villages that overlook the Tyrrhenian Sea and that in any season of the year attract tourists from all over Italy and from all over the world thanks to their architectural charm and their strategic position between the shore and the hinterland, as we explain also in the fourth issue of our digital magazine e-borghi travel, dedicated to fishing villages, including those of Tuscany.

For those who love figurative art, Pietrasanta (Lucca) is a must not to be missed. The capital of Versilia, as well as the birthplace of Giosuè Carducci, is a real open-air museum: walking through the historic center, one can appreciate sculptures and works of contemporary painting, including Fernando Botero's Warrior in Piazza Matteotti, the St. Francis by Harry Marinsky in front of the Church of San Francesco, the Boxer by Francesco Messina in Via Garibaldi, the Centaur by Igor Mitoraj in Piazza Centauro; among the paintings, inside the Church of Sant’Antonio it is possible to admire the fresco by Fernando Botero with Paradise and Hell. If the village is a concentration of masterpieces, Marina di Pietrasanta, part of the municipality of Pietrasanta, is a concentrate of fun, with its fashionable clubs and its baths that stretch for about five kilometers on the Tyrrhenian coast. 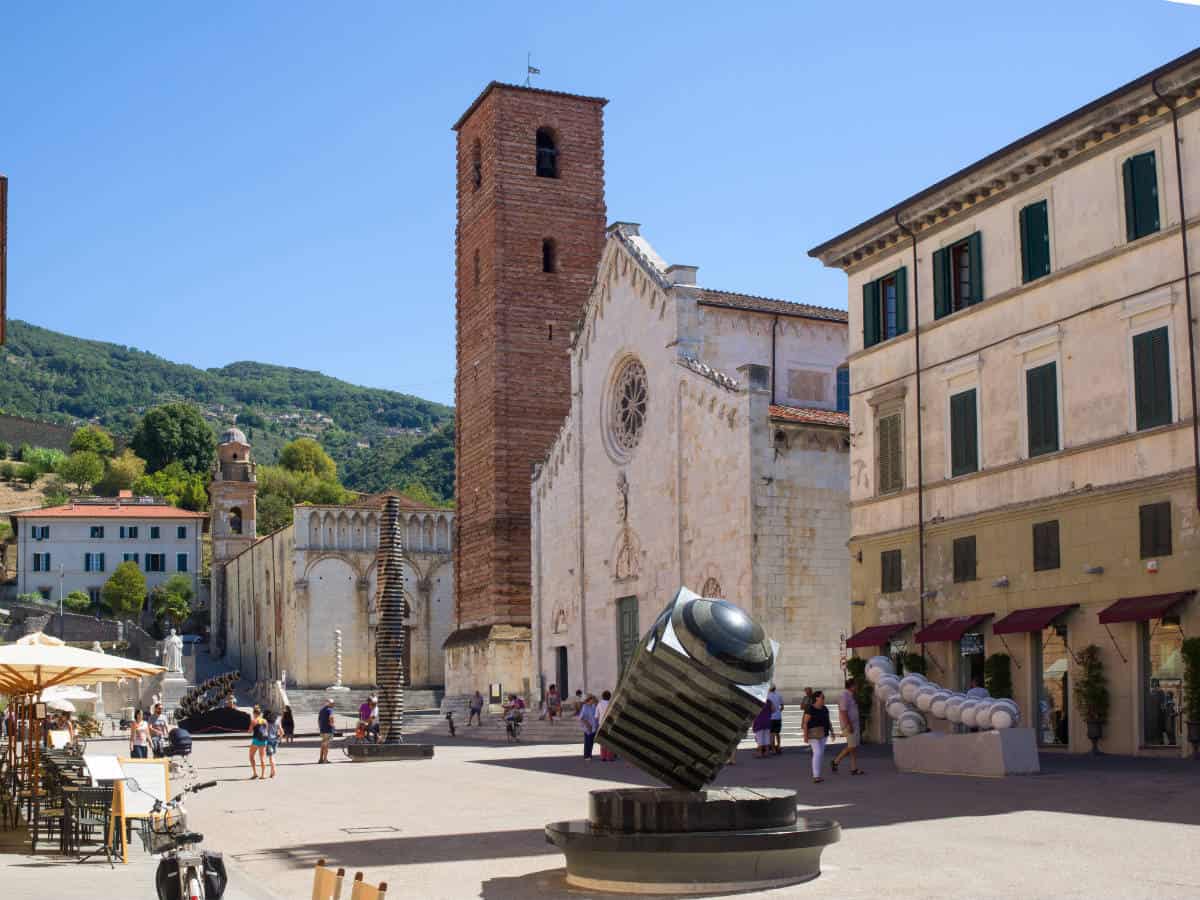 From the second post-war period, Camaiore (Lucca), a village of Roman origins, owes its fame above all to its Lido, which is characterized by the presence of numerous villas surrounded by greenery, very wide streets, beautiful squares with artistic fountains and gardens near the sea. Children have the opportunity to play in a park created from a pine forest and, during the entire summer season, there is also a funfair for young and old.

In Maremma, and, just over twenty kilometers from Grosseto, Castiglione della Pescaia will captivate you with its exquisitely vintage flavor that mixes elegantly with the sea breeze. The medieval center, perched on a hill and perfectly preserved among its imposing bastions, houses within itself buildings of great interest, such as the eighteenth-century Church of Santa Maria del Giglio or the sixteenth-century Church of San Giovanni Battista. Outside the ramparts, there is the eighteenth-century Casa Rossa, which represents the direct access to the Diaccia Botrona Nature Reserve, or what remains of the marshes that once covered the uncontaminated territory of the Maremma. 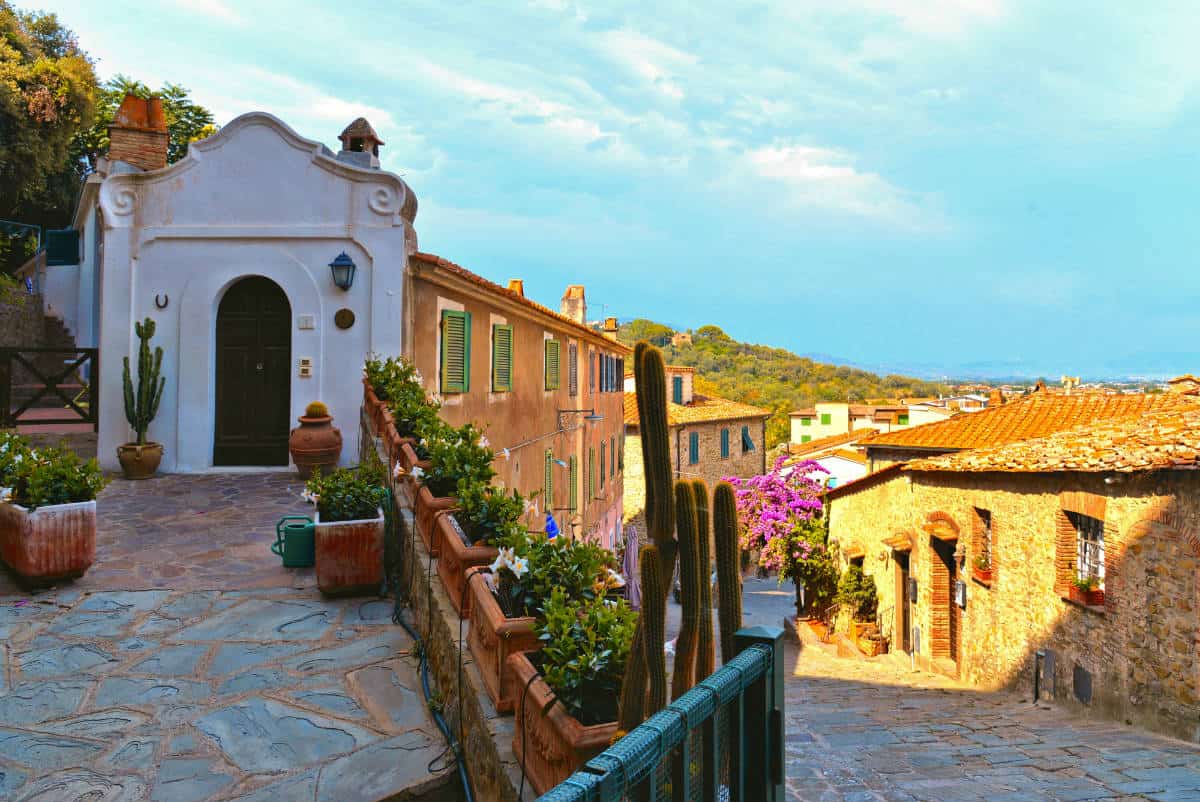 We end our tour to the most suggestive seaside villages of the Tuscan coast with Piombino, whose history can be known through the architectural monuments that are preserved in the historic center: talents such as Leonardo da Vinci and Andrea Guardi have contributed to the artistic splendor of a city today famous mainly for its port activity. The Port of Piombino, considered of international level, is included in the list of Motorways of the Sea. A very important freight terminal, it is equipped with large docks and industrial platforms, whose main task is to transport passengers. 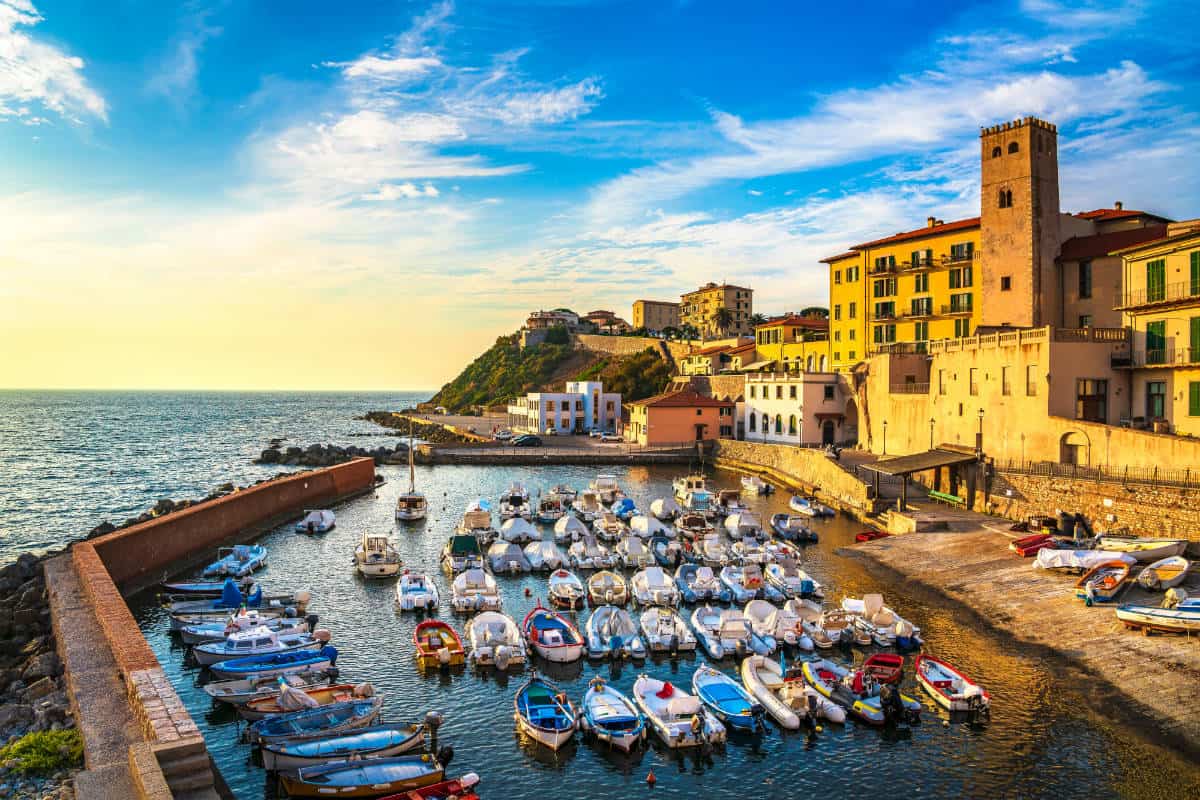 For our Sardinian friends who want to reach Tuscany to discover the most characteristic and authentic coastal villages of the region, we recommend traveling on the routes from Olbia to Livorno or Piombino.
Check out all departures, prices and availability on the Traghetti Sardegna website.

Strada Provinciale delle Rocchette, snc, 58043, Castiglione della Pescaia
B&B Antica Fattoria La Verdina
An ancient farmhouse of the eighteenth century used as a B & B, located in the beautiful countrys...

What to see in Piombino

Rocchetta lighthouse
Archaeological Park of Baratti and Populonia
More...
are you an Italian villages lover?
Join our Community
and share you experiences!