5 must-see villages of the Tuscan-Emilian Apennines 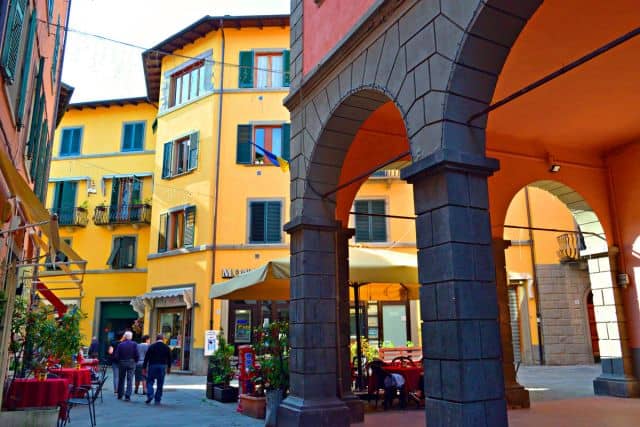 Its highest peak is Monte Cimone, with its 2165 meters of altitude. Only four peaks of the Tuscan-Emilian Apennines exceed two thousand meters. From the Parma to the Reggio Apennines, from the Modena area to the Bolognese area up to the Tuscan side, from the Lunigiana to the Pistoia mountains, from Switzerland Pesciatina to the Marliana mountain, from the Garfagnana to the Bisenzio valley, from the Calvana mountains to the Mugello to the Casentino. The Tuscan-Emilian Apennines is the set of all these natural regions, lands of woods and valleys, lakes and streams but also of villages, sometimes lost in the woods, sometimes hidden in the valley floor, others located in scenic areas. Fiumalbo, Compiano, Bagnone, Castelnuovo di Garfagnana and Coreglia Antelminelli are some of these villages, places to be discovered, in the heart of the Tuscan-Emilian Apennines. 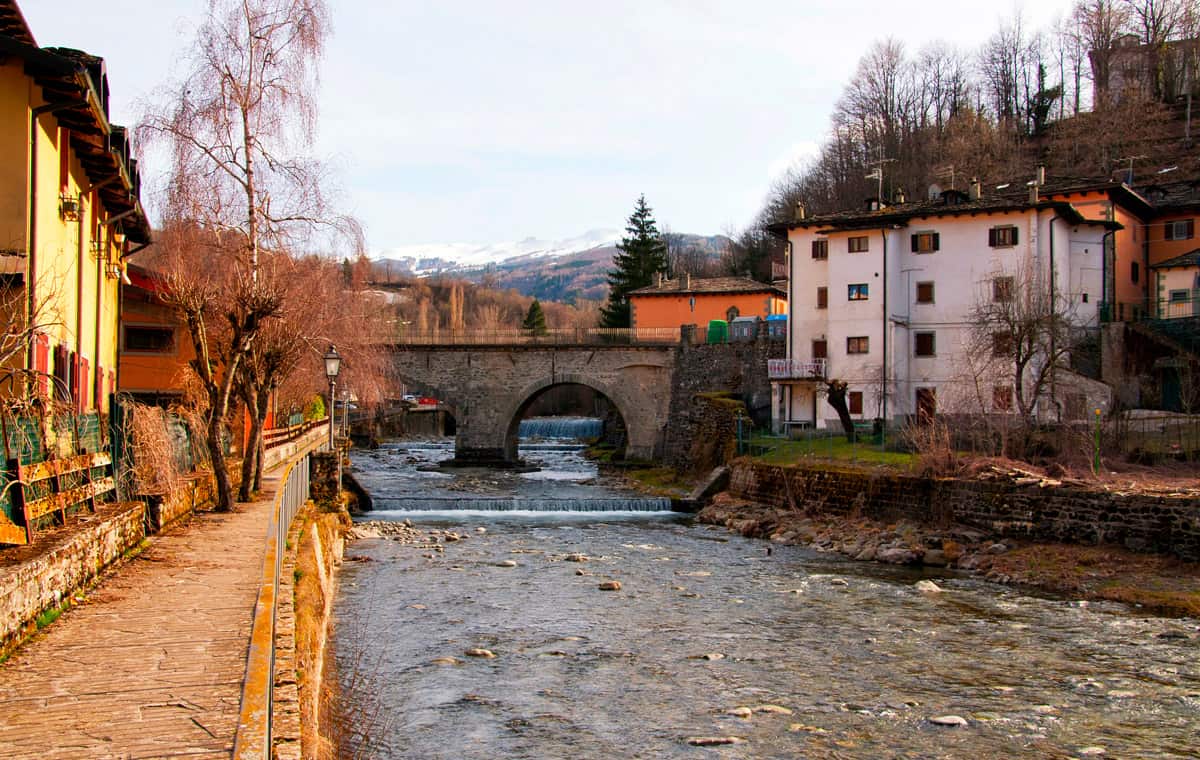 It is in the shadow of Monte Cimone, a few kilometers from Abetone, which rises Fiumalbo. A medieval center with old stone houses and sloping streets, surrounded by woods, it has an interesting historic core. In the central square, the church of San Bartolomeo Apostolo and the church of the Immaculate Conception are worth seeing. Other architectural features include the church of Santa Caterina, which houses the museum of sacred art, and the fifteenth-century oratory of San Rocco. On the Fiumalbo tables there are tortellini and ricotta tortelloni, the traditional black cabbage soup, the typical borlenghi stuffed with lard and salami and tigelle. The bilberry from the Fiumalbo woods is famous, also used for medicinal purposes.

COMPIANO - WALLED VILLAGE IN THE LAND OF PARMA 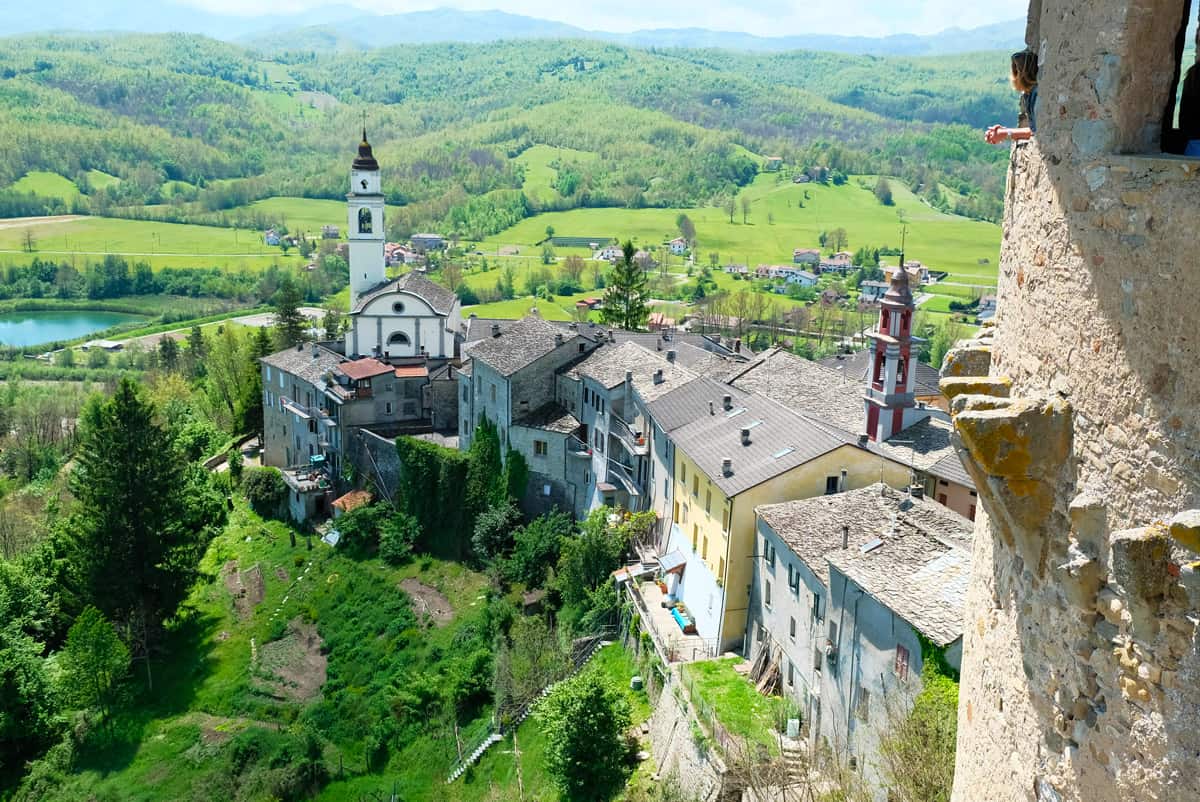 Walled village of the lands of Parma is included in the circuit of the most beautiful villages in Italy. Of medieval origin, with paved alleys overlooked by noble palaces and tower houses, Compiano was the land of the Malaspinas until the 12th century when the latter ceded it to Piacenza making it a fief of the Landi. Often at the center of territorial disputes, Compiano was an important bastion of defense of access to the upper valley of the Taro river. The town is dominated by the beautiful castle, a powerful manor house with three circular towers, which can be visited inside with its elegant rooms rich in works of art. For the gourmets in Compiano you must taste the chestnut gnocchi with ricotta, the valtarese veal, roast with a side of mushrooms, and the guinea fowl alla castellana, stewed with the flavors of the vegetable garden. 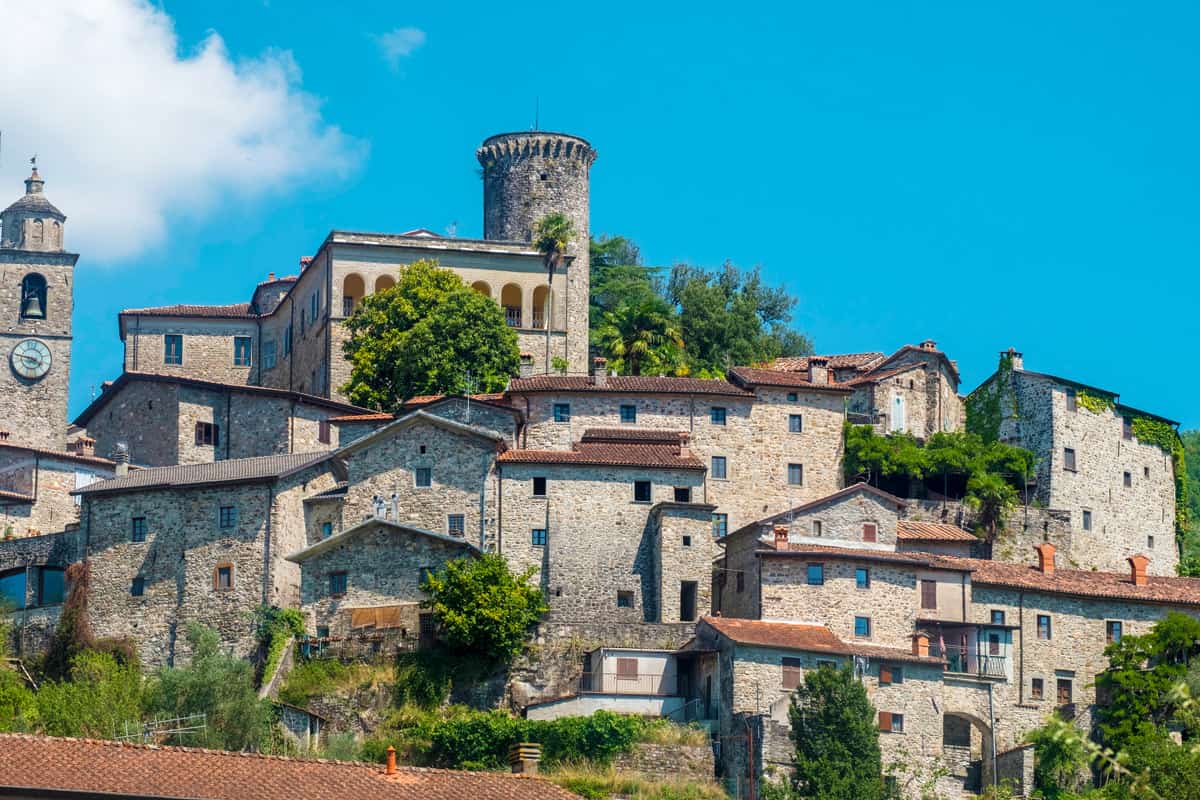 Also known as the pearl of Lunigiana, Bagnone is a small town in the province of Massa Carrara. Located at two hundred and fifty meters of altitude, in the National Park of the Tuscan-Emilian Apennines it is bathed by the waters of the river of the same name, a tributary of the Magra, and is immersed in a dense forest of pines and oaks. A crossroads for important communication routes, Bagnone played an important role in the area during the Middle Ages, but also in more recent times. Rich in historical evidence, it presents various places of artistic interest such as the Castle of Bagnone and its Church, the Church of San Rocco and the Church of Santa Maria. Among the hamlets there is the beautiful village of Castiglion del Terziere with the castle. 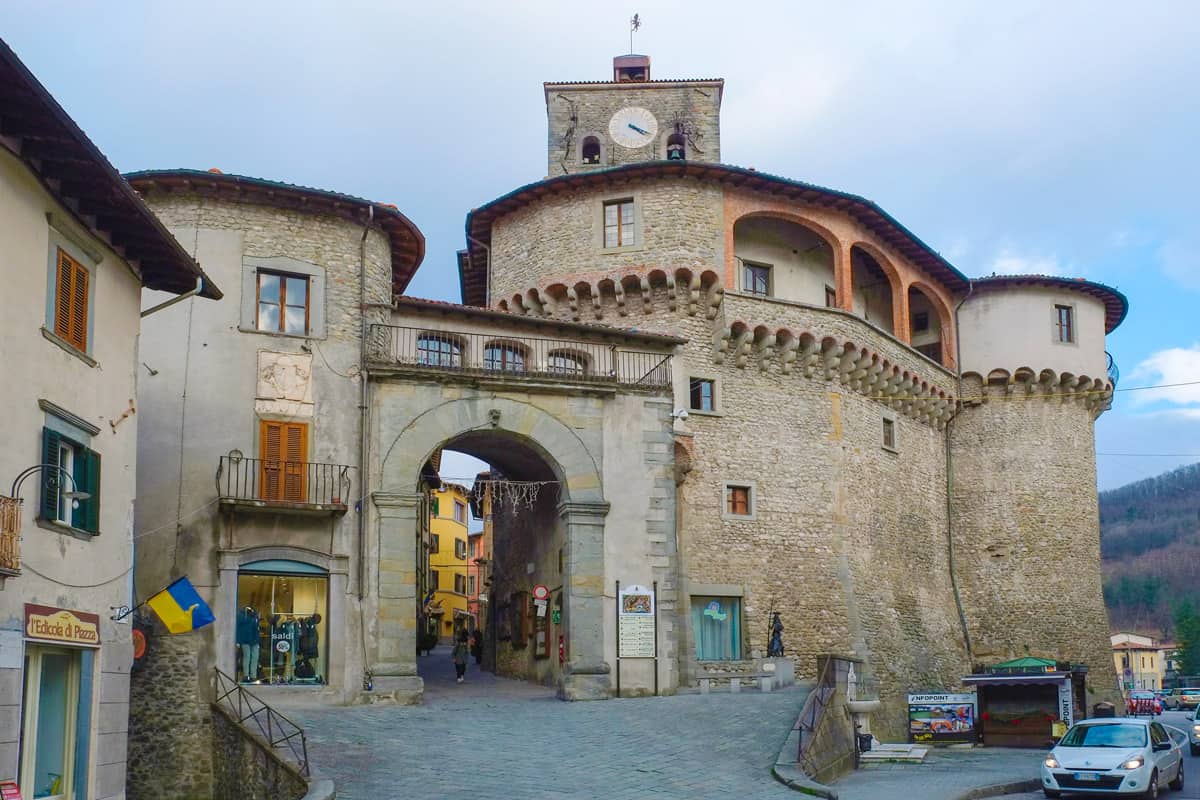 There are reports of Castelnuovo, the main center of the Garfagnana, since 740. In 1300 the village was particularly important in the lands of Lucca domination, a period in which the bridge was built between the Castle and the village of Cellabarotti, today Santa Lucia . Among the treasures of the village are the sixteenth-century Cathedral of Saints Peter and Paul and the Rocca Ariostesca. Also worth seeing is the Fortress of Mont'Alfonso, located on the hill overlooking the town, dating back to the end of the sixteenth century, the interesting complex of the Convent of San Giuseppe and the Alfieri Theater, dating back to 1860, second, by size, of the province of Lucca. 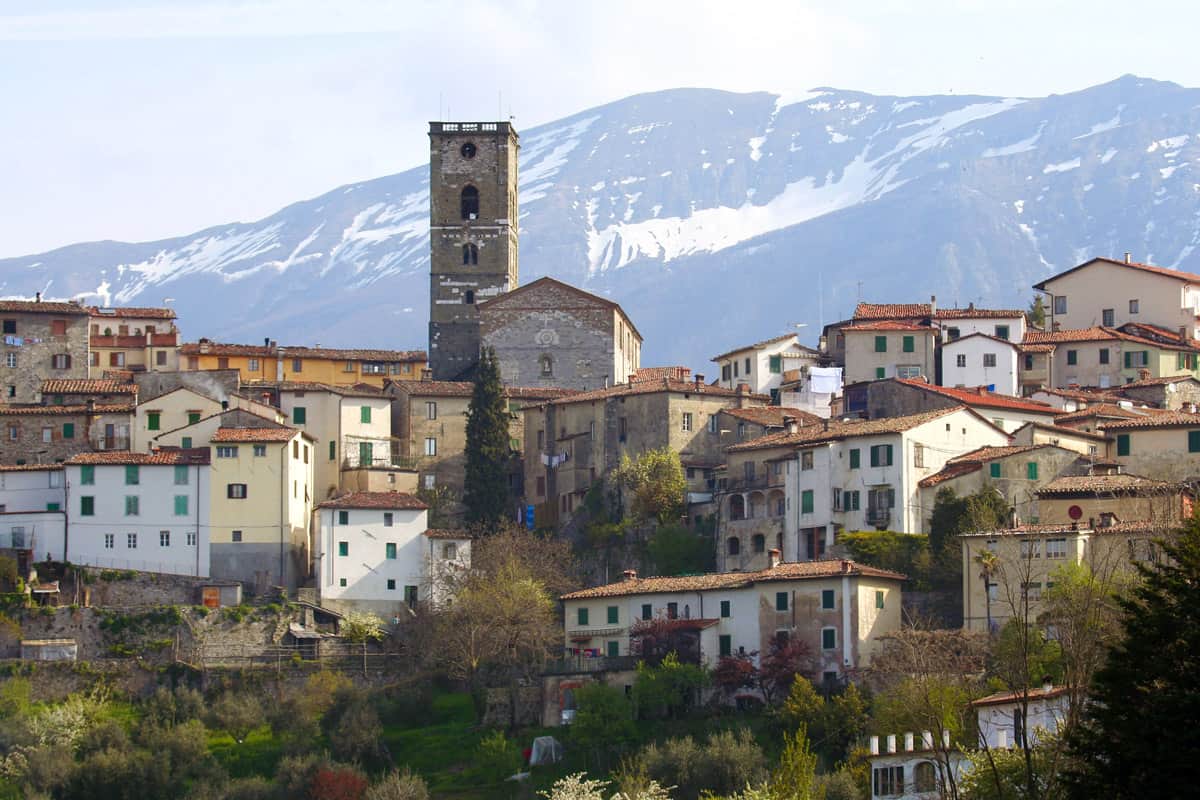 They are all dishes based on the processing of chestnuts to characterize cuisine and flavors of the delightful Lucca village of Coreglia Antelminelli, located in the middle valley of the Serchio, a stone's throw from the Apuan Alps. Art, nature and history mix in this village with an urban fabric of 16th century origin where two churches stand out that are worth a visit.

The pre-Romanesque church of San Martino, dating back to the 9th century, and that of San Michele, dating back to the year 1000. The 16th century Palazzo del Comune, the Antonimi and Vincenti palaces and, in the upper part of the town, Palazzo Vanni, which houses the plaster figurine and emigration museum, are beautiful.

Sanctuary of the SS. Peregrine and White
Fortress of Castiglione di Garfagnana
Church of San Michele
More...
are you an Italian villages lover?
Join our Community
and share you experiences!