Discovering Sardinia with the 100 Towers Walk

A slow route that takes about 60 days and leads the visitor to some of the most beautiful places on the big blue island. 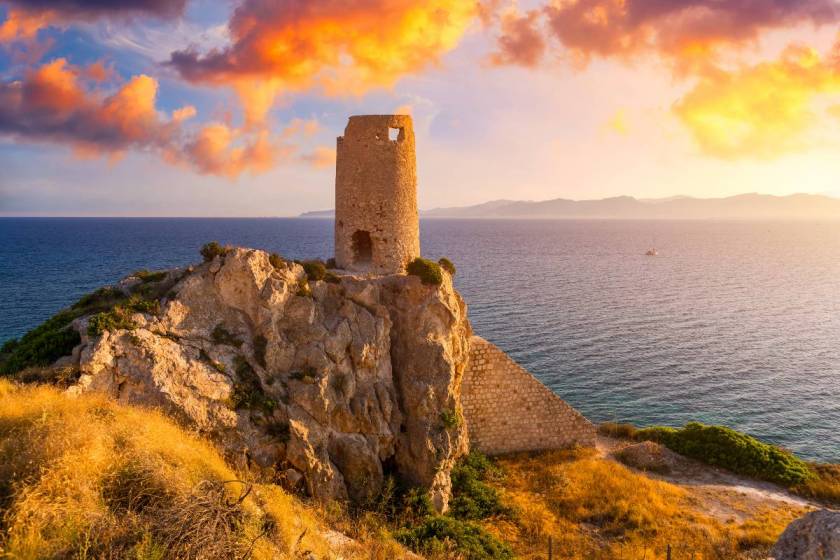 Visiting 105 towers scattered across 88 Sardinian municipalities: this is the aim of the 'Cammino delle 100 Torri, in Sardegna', a slow route that takes visitors to some of the most beautiful places on the big blue island in about 60 days. The itinerary crosses 450 kilometres of beaches and endless expanses of sea that are lost in the horizon of spectacular panoramas, sunsets with spectacular colours and pieces of Italian history that show the glory of the ancient peoples that have crossed its shores.
This is undoubtedly an alternative to the usual tourist routes, a proposal suitable for those who like to combine the sea with physical activity, more or less intense depending on their possibilities. Let's take a look at how the 100 Tori Trail unfolds and all the secrets for an unforgettable experience.

How the 100 Towers Walk came about

The Way of the 100 Towers was born from the idea of a group of passionate walkers and experts in sports and history, who, after having walked the entire itinerary, decided to trace the route around Sardinia, giving life to this exciting trail. From the team's initial project, an association was subsequently born, which provides information and organises trekking meetings with expert guides who lead visitors to the most evocative corners.

The route can be covered on foot, on horseback, by bike or even in a canoe, and includes no fewer than 70 stages to be covered slowly in order to enjoy all its beauty.
The name of the itinerary comes from the presence of the 105 towers along the coast, which mark out the stages while remaining close to the crystal-clear waters of the coastline. Suffice it to say that the path never strays more than two kilometres from the sea, crossing beaches, churches, dunes, lighthouses and inaccessible ravines. 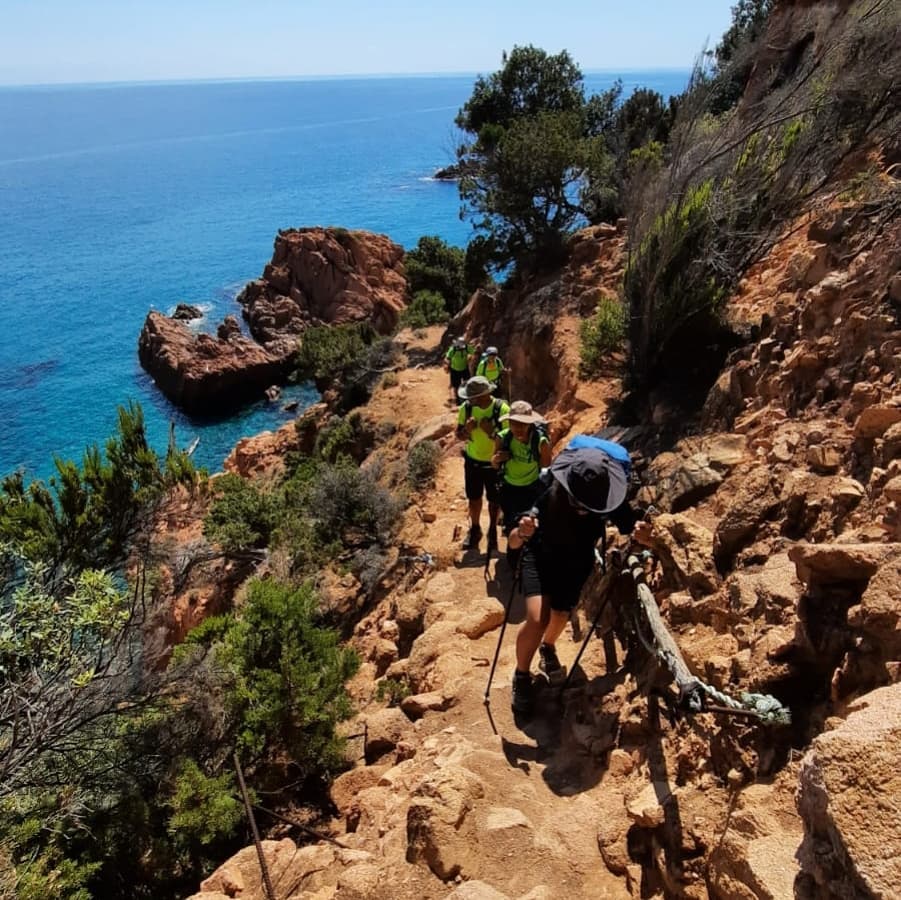 The real charm of this experience lies in the diversity of the landscape of the west and east coasts: places that have not yet been touched by human hands, allowing you to admire the power of nature, which in this region is the absolute master. The presence of the towers does not contrast with the landscape but, on the contrary, complements it and enhances its beauty. As explained by the association's guides, these constructions have medieval origins and in the past they represented a real defensive system, which made it possible to sight the island's enemies and communicate with the entire coastal strip.

Although the route is only five years old, historians have noted the presence of travellers on horseback as early as 1600 AD, when a knight had to ride the entire circumnavigation of the island by order of the king in order to take a census of the state of places in the region, pointing out the areas that were less ready for defence. But not only politics, the route also reveals the Christian spirituality of the Sardinians, since there are about 500 structures including sanctuaries and churches.

Every tourist has his own route: here are all the roads

Whether you are a tourist in search of adventure or a sportsman who likes to be in contact with nature, the 100 Towers walk is the perfect idea for your holiday. As mentioned above, the more energetic can tackle the 100 Towers challenge by hiking: a sport that requires agility and great physical preparation to cross the entire coastline while walking quickly. If, on the other hand, you are not very physically fit, you can go trekking to slowly enjoy its beauty, taking comfortable breaks and having time for panoramic photos. The idea of canoeing is very appealing to lovers of the sea, as it allows you to be in contact with the sea element while taking advantage of a few dips in the crystal clear waters.

The route winds its way along 8 wide streets starting from Via degli Angeli, passing through Via Sarcapos and Via Ogliastra, continuing on Via Gallura and Via Catalana to reach Via dei Giganti and Via delle Miniere, ending in Via del Martirio. The itinerary is always the same and does not contemplate any variations in the route, also because it is designed to enjoy the scents of the mountains without ever straying far from the sea. The most suitable walking time varies from 45 to 60 days, calculating breaks for refreshments, night rests and, of course, breaks for meals. 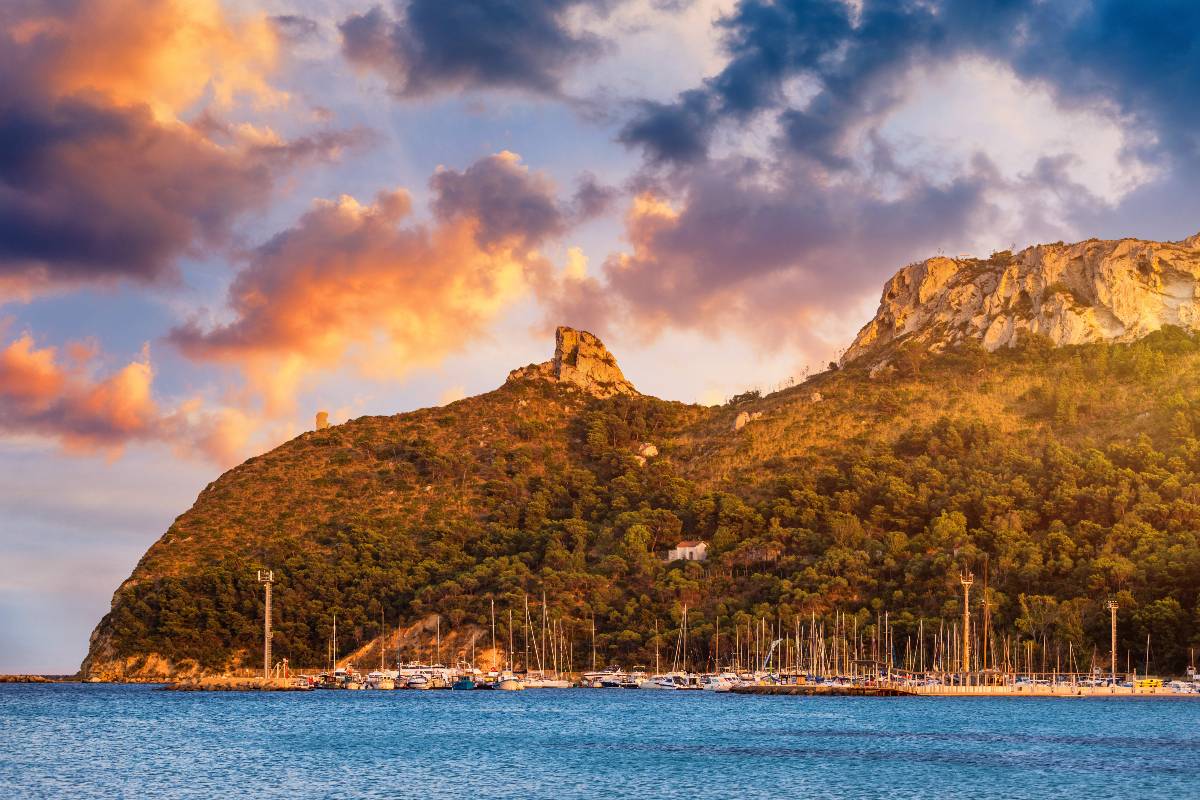 It does not present any particular criticality, although there are more tiring points such as the Golgo climb, which is in the tourist municipality of Baunei, the Masua area in the Iglesiente area and Argentiera, which belongs to the municipality of Sassari. Special attention is given to the Golgo climb, which involves a climb of over 800 metres, putting the leg muscles to the test, especially for the less experienced.
The remaining stages include port cities, ancient and modern mines, as well as salt pans and areas rich in flamingos, which have become a symbol of Sardinia's beauty and elegance.

The best times to set out

The ideal seasons for this experience are certainly spring and summer, when nature is at its best thanks to the mild but pleasantly breezy climate and the colours of the sky, which turn into an unforgettable colourful palette at sunset.
In terms of available accommodation, the route is dotted with hotels, campsites, private houses and Bed & Breakfasts offering the most diverse services and suitable for all budgets. Not only that, along the way you will also find emergency services such as hospitals, kiosks for short pit stops and refreshment points, with the possibility of carrying out various alternative activities both in the evening and during the day, to fully enjoy your holiday.

The association that organises the routes has also registered all the places where you can refuel with water and the fountains along the roads, as well as dividing the route into different colours:

A fun and intuitive way for participants to choose the level of difficulty best suited to their physical condition and level of training.

Viale I Maggio, Alghero
Lido Chelo
A very welcoming establishment overlooking the enchanting Bay of Bosa Marina in the province of O...

Lungomare Mediterraneo, 48 - 08013, Bosa
Bajaloglia Resort
An oasis of wellbeing and relaxation, where the scent of the Mediterranean vegetation will inebri...

Località Bajaloglia - 07031 , Castelsardo
Corte Fiorita Albergo Diffuso
The Sardinian sense of hospitality is one of the ingredients to have a pleasant stay on the banks...

Via Lungo Temo De Gasperi 45, Bosa
Carloforte Sail Charter
A young company, with main base in Carloforte in the Island of San Pietro, able to organize your ... 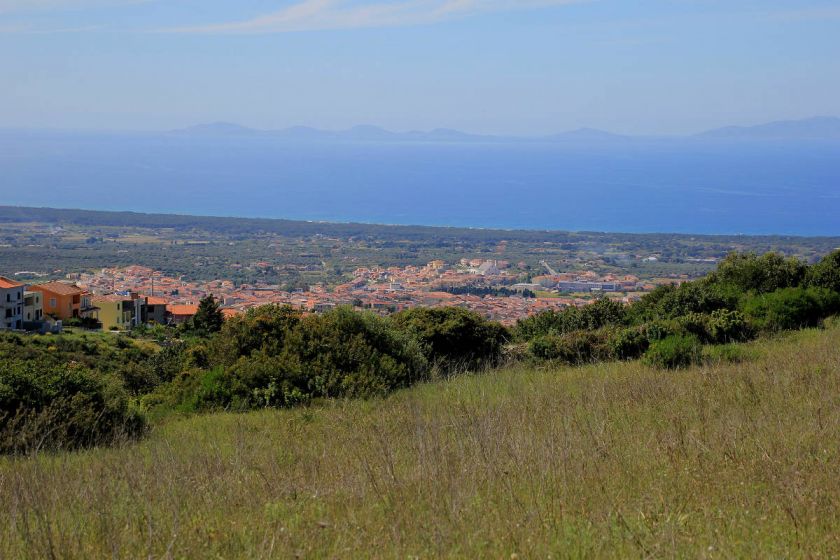 What to see in Sorso

Biddas - Sardinia's Abandoned Villages Museum
More...
are you an Italian villages lover?
Join our Community
and share you experiences!

The Cammino dei Borghi Silenti: a route through...
Where to collect chestnuts in Lombardy?
The Way of Etruria: from Volterra to Chiusi, 12...
More...