The Amalfi Coast from above: discovering the legendary Path of the Gods

A path that winds along the Sorrento Coast and the Amalfi Coast, connects in about 8km Bomerano, a hamlet of Agerola, with Nocelle in the beautiful Positano. 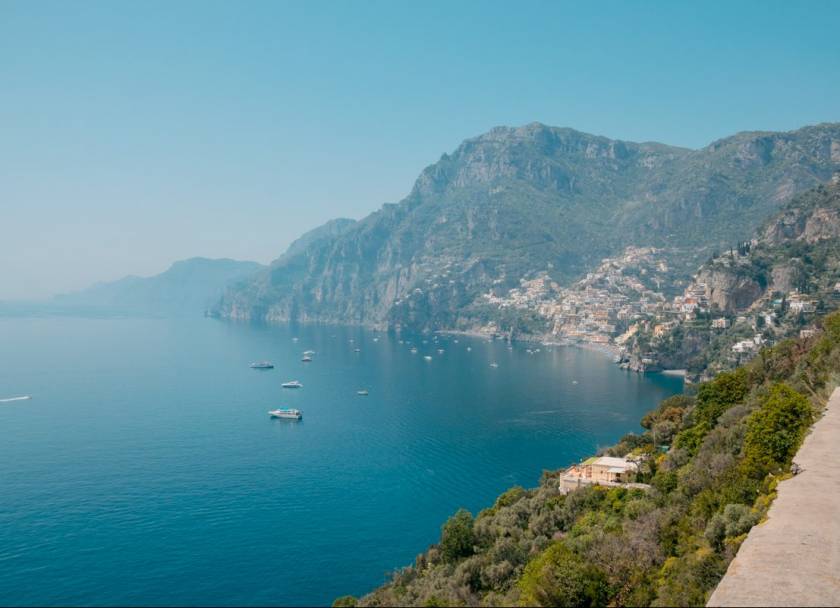 "That road suspended over the magical gulf of the "Sirens" still furrowed today by memory and myth": this is the phrase pronounced by the writer Italo Calvino imprinted on a ceramic plaque at the beginning of the Path of the Gods. The description is almost perfect to summarize the beauty and the essence of this path that, winding along the Sorrento and Amalfi Coast, connects in about 8 km Bomerano, a hamlet of Agerola, with Nocelle in the beautiful Positano. 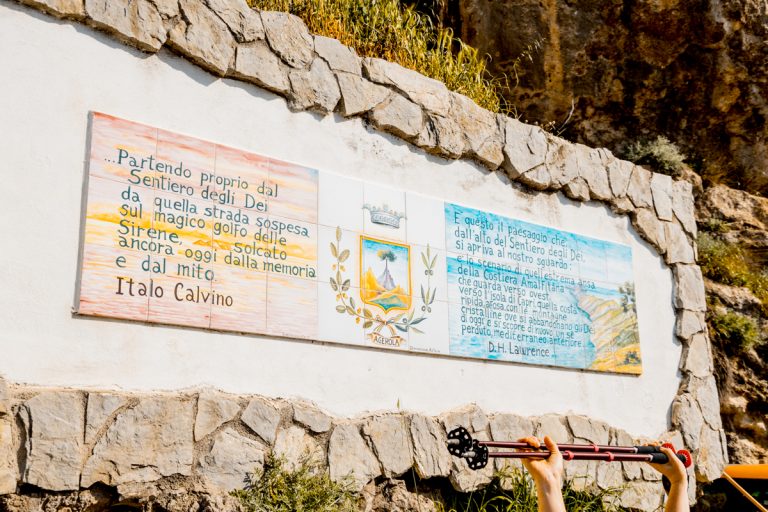 The legendary Path of the Gods
The Path of the Gods has a name that suggests poignant and evocative legends. There are those who say that it was walked by the goddess Venus in the act of rescuing a sailor she was infatuated with or that it was born from the roaring steps of the gods while they were rescuing Ulysses: the brave hero would have crossed the sea off the island Li Galli frequented by the sirens, challenging their bewitching song by being tied to the mast of the ship. To avoid the shipwreck of the ship, the gods of Olympus came down to earth off the island and then ran to his aid.
The story tells instead that this path was created in the time of the Bourbons and for a long time it was a refuge for bandits but also for Fairytales, that is to say witches like U Magio, who apparently kept a mysterious book with noted nefarious and happy events. 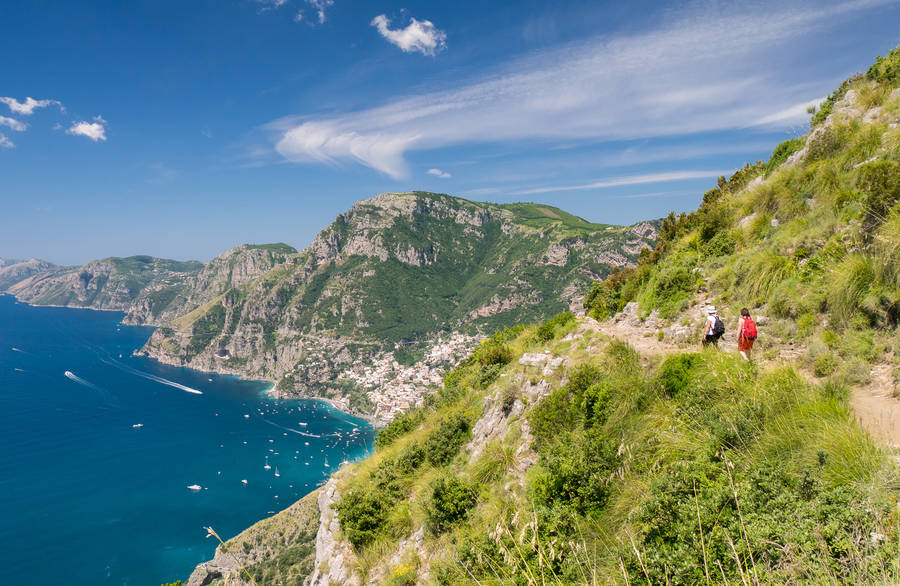 Today the Sentiero degli Dei is a marvelous route for trekking lovers, offering panoramic views with few equals in the world, ranging from Capri and its Faraglioni to Punta Campanella and the island of Li Galli. The path offers an experience in contact with nature, among a fragrant and thick Mediterranean maquis made of rosemary, laurel, myrtle, thyme but also holm oaks, alders, strawberry trees and heather: it is not rare to see weasels, owls, hedgehogs, foxes and the wonderful peregrine falcon during the excursion.
Along the path, which climbs the Lattari Mountains, there is no lack of panoramic terraces, benches, fresh water springs and red and white signposts to avoid any danger of getting lost in this naturalistic jewel. The more trained can opt for the Sentiero Alto (High Path), which is much more demanding and leads to Santa Maria del Castello up to the 1079mt of Capo Muro. Much more panoramic and easy even for novice hikers is the Sentiero Basso, mostly downhill. 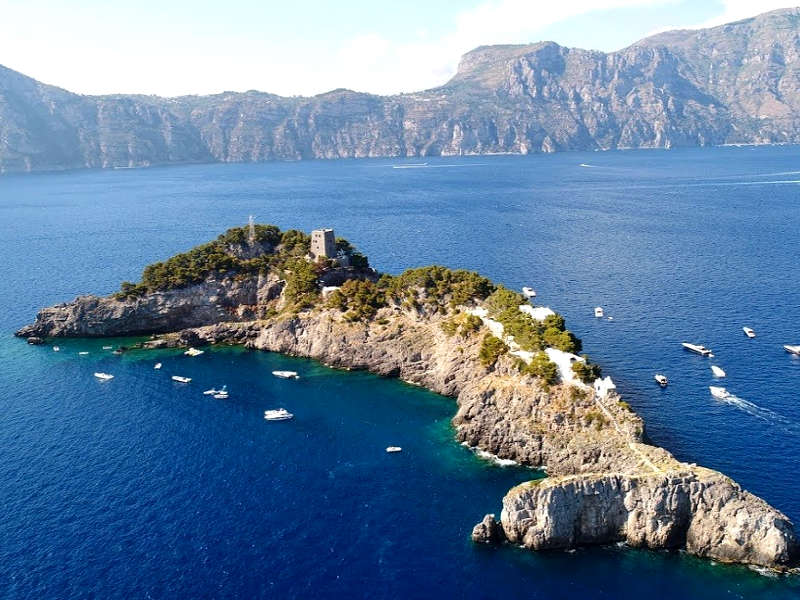 From Agerola to Positano
The starting point is therefore Agerola and there is no better place to recharge your batteries by tasting local delicacies such as Provolone del Monaco DOP and Fiordilatte Agerolese. After the first bends along the Sentiero degli Dei you will find the Grotta del Biscotto, a recess in the rock with a surface that is very similar to that of a biscuit: with a little attention you can see rock villages born in Saracen times, almost camouflaged in the rock so much that they seem to be suspended in the void. A little further on, the Sentiero degli Dei (Path of the Gods) offers another naturalistic beauty, a rocky staircase that leads to a calcareous spire affectionately called Pistillo.
At the height of Colle Serra there is a spring of water, perfect for refreshments, especially if you are walking along the path in the middle of summer: on the left there is an old mule track coming from Praiano, along which you can see the Monastery of San Domenico dating back to the 15th century, while on the right the Sentiero degli Dei continues in a much greener context rich in Mediterranean scrub. 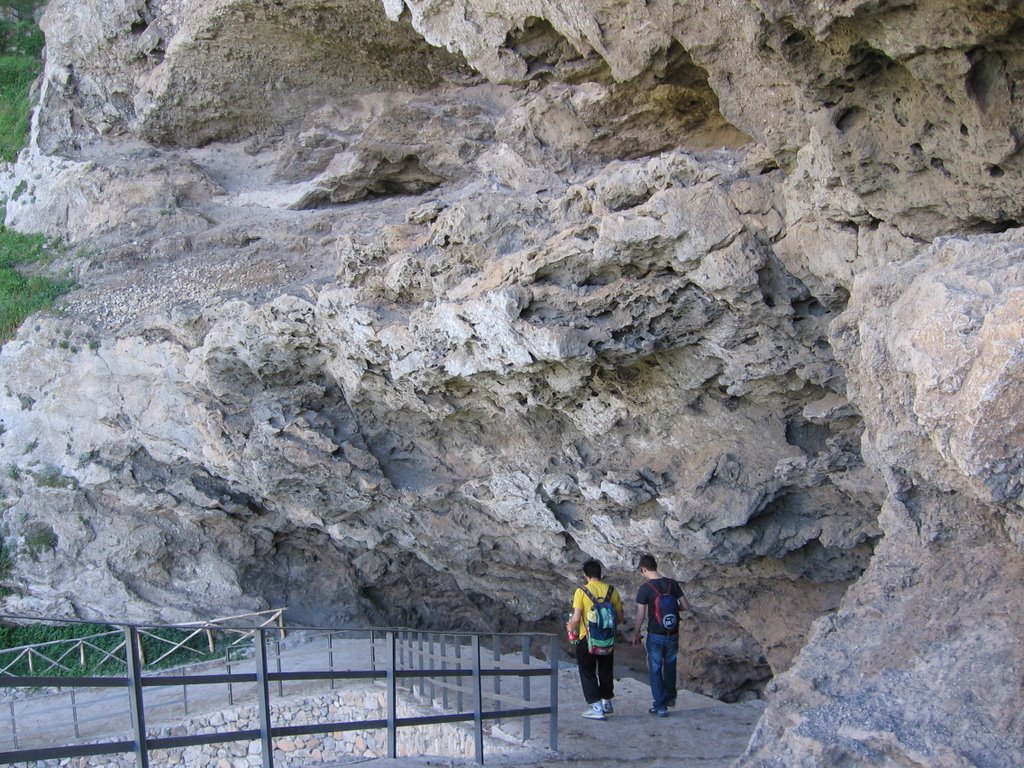 The route at this point becomes more winding between frequent but easy ups and downs: after passing a picturesque apple orchard in the shade of a pergola in the I Canneti area, you cross another rocky amphitheatre dotted with natural cavities known as Vallone delle Grotte until you reach your destination, the hamlet of Nocelle. Waiting for tired hikers there is a very pretty cloister, designed in the very recognizable Amalfi style, where you can refresh yourself with freshly squeezed Amalfi lemons to sip on a spectacular panoramic terrace overlooking the Gulf of Salerno. 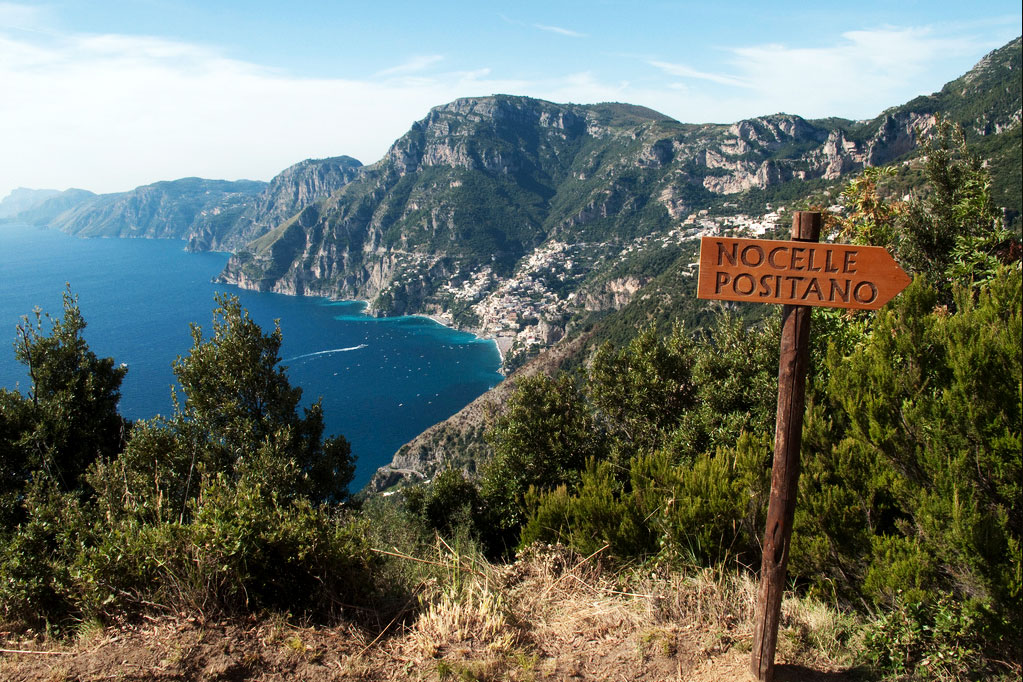 Nocelle is a hamlet of Positano, which is more rural, authentic and quiet. Anyone who wants to reach the pearl of the Amalfi Coast will have to go down the 1680 steps to the beach of Arienzo, one of the most beautiful beaches of Positano together with the Spiaggia Grande and the Spiaggia del Fornillo. Positano is a real wonder to live and discover, walking through picturesque alleys in search of the famous handmade sandals and visiting the Church of Santa Maria Assunta whose dome in green and yellow majolica tiles glittering in the sun characterizes every postcard of the coastal village. 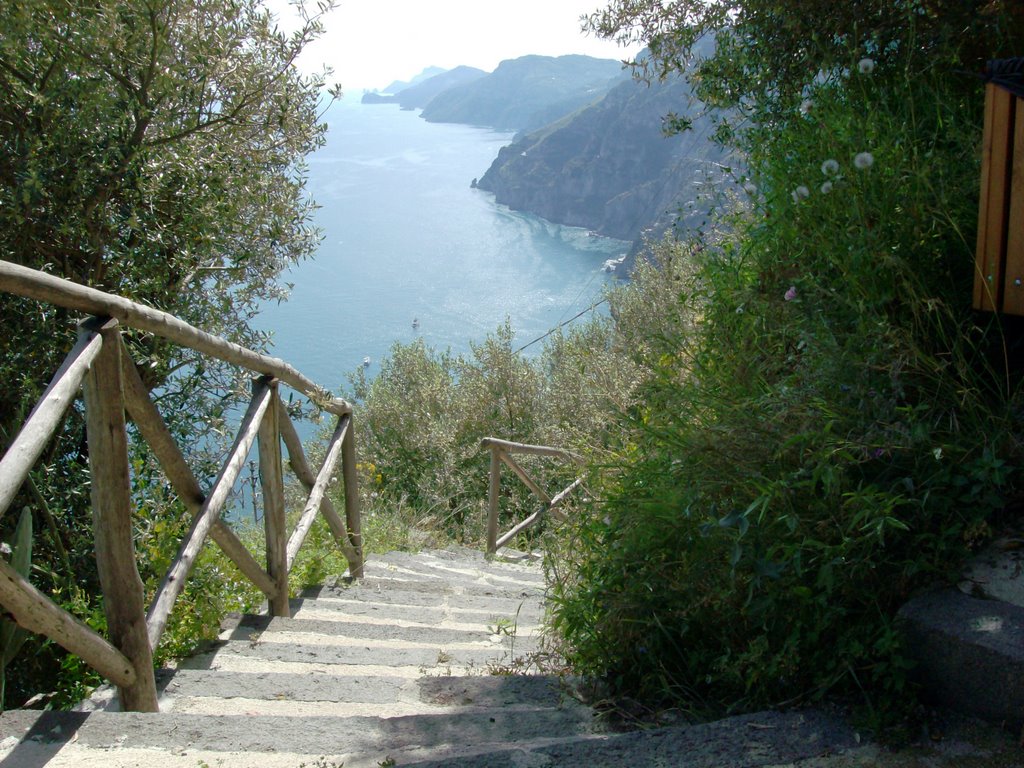 Via Campo, 16, Atrani
Lae Domus
Lae Domus is located in the heart of the Amalfi Coast, precisely in Atrani. 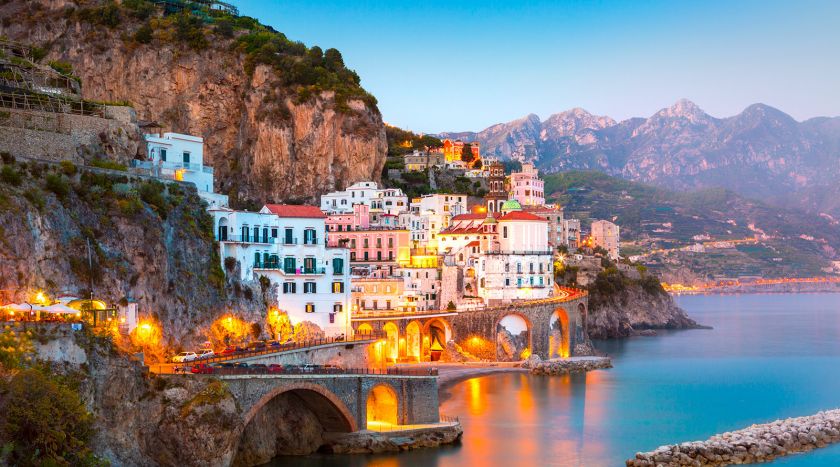 What to see in Atrani