At Castel Rigone, behind the Sanctuary of Maria Santissima dei Miracoli, the symbolic monument of the small village, lies a fascinating and curious legend 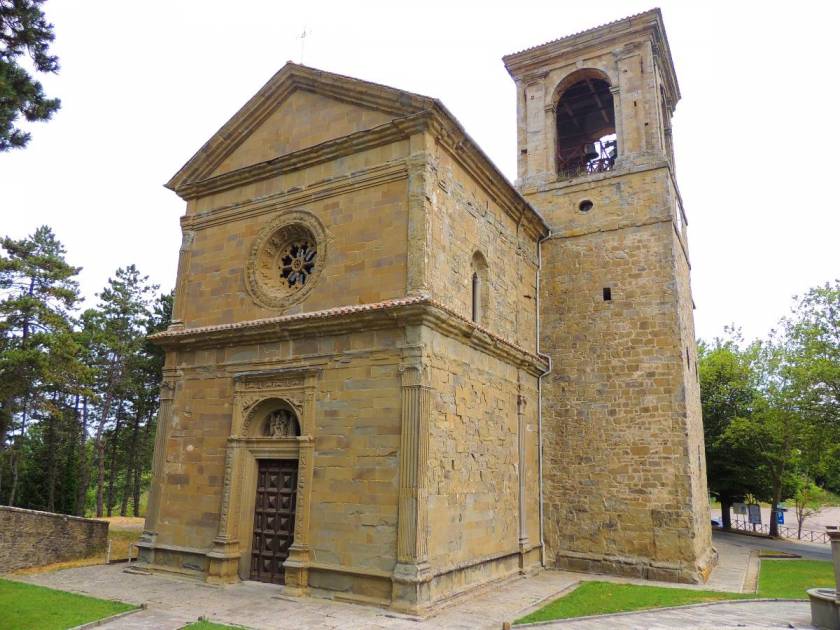 Lake Trasimeno is one of the most enchanting spots in Umbria, one of the symbols of the natural wealth that only this verdant region of central Italy can offer. Passignano sul Trasimeno is one of the villages located right on the shores of the lake, and one of its hamlets is Castel Rigone, a tiny medieval village with a few hundred inhabitants that is home to one of Umbria's most important spiritual jewels, the Sanctuary of Maria Santissima dei Miracoli.

The legend of the Sanctuary

Castel Rigone stands not far from the shores of Lake Trasimeno, on a panoramic hill 653 m above sea level: it seems that the origins of this pretty village are linked to the Ostrogoth lieutenant Rigone or Arrigo, who set up his own camp on this hill during the siege of Perugia in 543 AD. It was only in the 13th century that the castle was built, of which the two entrance gates, the three towers, the keep and some walls remain. The symbolic monument of Castel Rigone, however, is the Sanctuary of Maria Santissima dei Miracoli, located just outside the centre of the village, shrouded in a legend that still adds to the mysticism of this small corner of Umbria.
The legend that hovers around the Sanctuary tells of an event involving the parish priest's maid, Don Mariotto di Antonio, named Marietta: one day in 1490, the woman saw a beautiful woman coming out of a thorny bush near which there was a wall with frescoes depicting the Virgin Mary, near a public well from which water was drawn for domestic use. She expressed a wish to Marietta to build a church in her honour on that very spot. Returning to the centre of the village, the maid told of this encounter, but no one believed her. On the contrary, the whole town made fun of her and poor Marietta was taken for a visionary.
The apparition was repeated several times until the "Lady" revealed her true nature to the incredulous inhabitants: the girl returned home with the jug overturned on her head, but still full of water, probably on 25 April, and everyone believed her, shouting at the miracle!
With the permission of Pope Alexander VI, which was granted by a bull in December 1494, the construction of the church began, with the participation of not only the faithful but also the city of Perugia, which hoped to be saved from the plague.
Pope Clement VII also showed great interest in the construction of the Sanctuary. It was he, in fact, who established the Lay Congregation of Mary Most Holy of Miracles and granted the place a series of recognitions and benefits, such as the Plenary Indulgence to all those who crossed the doors of the Sanctuary after a sincere confession.

The most beautiful jewels of the Sanctuary Maria Santissima dei Miracoli

Although it has been assumed that it was designed by Bramante, the Sanctuary of Maria Santissima dei Miracoli is probably the work of Francesco di Giorgio Martini. The church, which incorporates the "miraculous" wall, has a very simple sandstone façade, embellished with a rose window depicting the Wheel of Fortune. The bell tower, which replaced the original 16th-century one in 1851, which collapsed at the beginning of the 19th century, is also noteworthy.
The interior of the Sanctuary, in the shape of a Latin cross with a single nave, contains many valuable works of art, although the attention of the faithful is mainly focused on the Niche of the Madonna dei Miracoli. It is here, behind a 16th-century wrought-iron gate, that the ancient wall from which the Madonna appeared to Marietta is said to have come is located: the author of the work is unknown, but it was probably made by one of the artists who in the late Middle Ages offered their art in exchange for money or board and lodging.
The Sanctuary of Maria Santissima dei Miracoli also houses a fresco by Papacello depicting the Deposition dating back to the 17th century, frescoes by the Perugia school, a painting by Giovan Battista Caporali and a Cross, present in the Sacristy, by Pomarancio and a splendid altarpiece by Alfani decorating the Baroque high altar: this is, however, only a copy, as the original was taken away by the Florentine troops of Ferdinand II de' Medici during the Barberina War.
There is another work of art in the church linked to an alleged miracle and it is a wooden Crucifix: it seems that this work of art by an unknown author was destined for a different destination but, on the way, the mules stopped and knelt down in front of the Sanctuary of Castel Rigone. This gesture was seen as an unequivocal divine will and since then the crucifix has never moved from this place of worship. In the square in front of the Sanctuary there is an elm tree, planted in the exact place where the donkeys stopped. 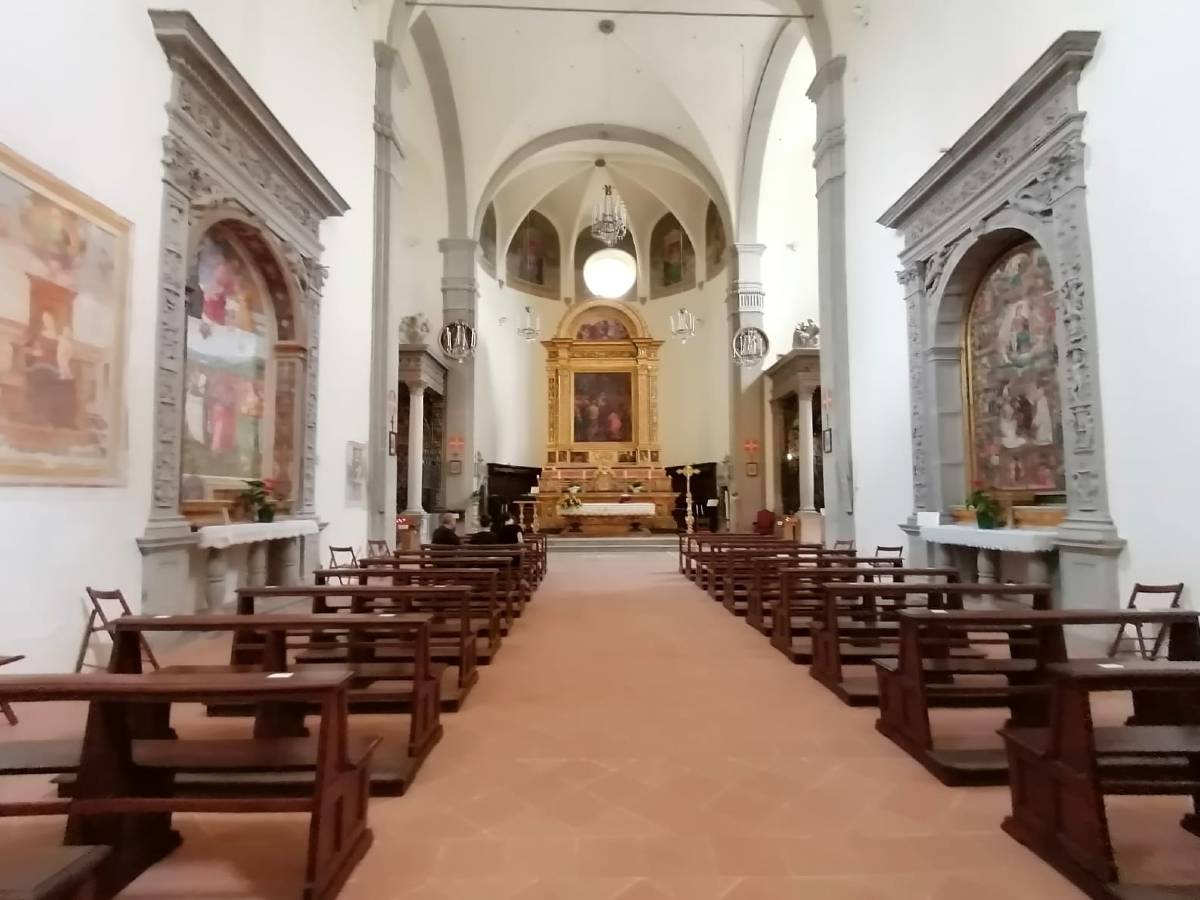 What to see in Castel Rigone

Sanctuary of Mary Most Holy of Miracles
Teatro Giuseppe Verdi e Belvedere
Church of St Bartholomew
More...
are you an Italian villages lover?
Join our Community
and share you experiences!