Share
Vitorchiano is one of the many and pretty villages of Tuscia, located at the foot of the Cimini Mountains. It is renowned for the various activities related to the extraction and processing of peperino, a typical Tuscia rock of volcanic origin. Very interesting are the walls that delimit the ancient village to the south. The meeting point between the new and the ancient Vitorchiano is Piazzale Umberto I, which is rich in monuments and is the obligatory passage point to access the ancient village. 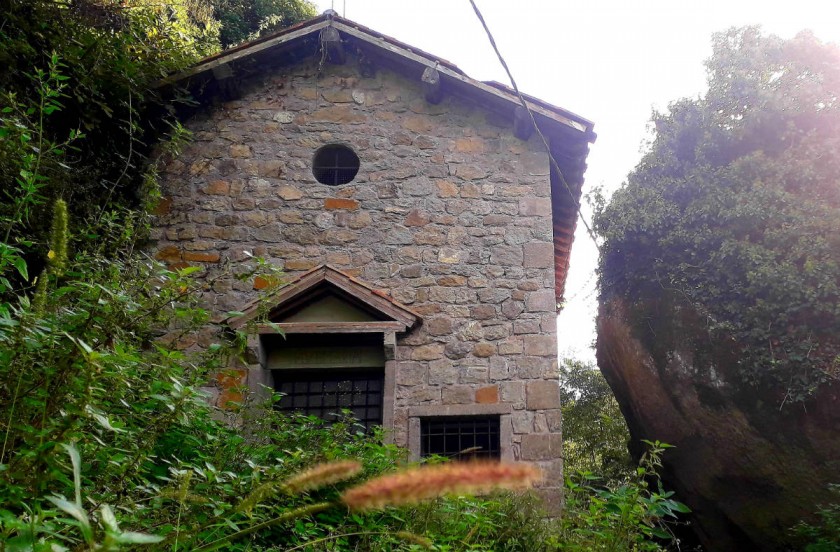 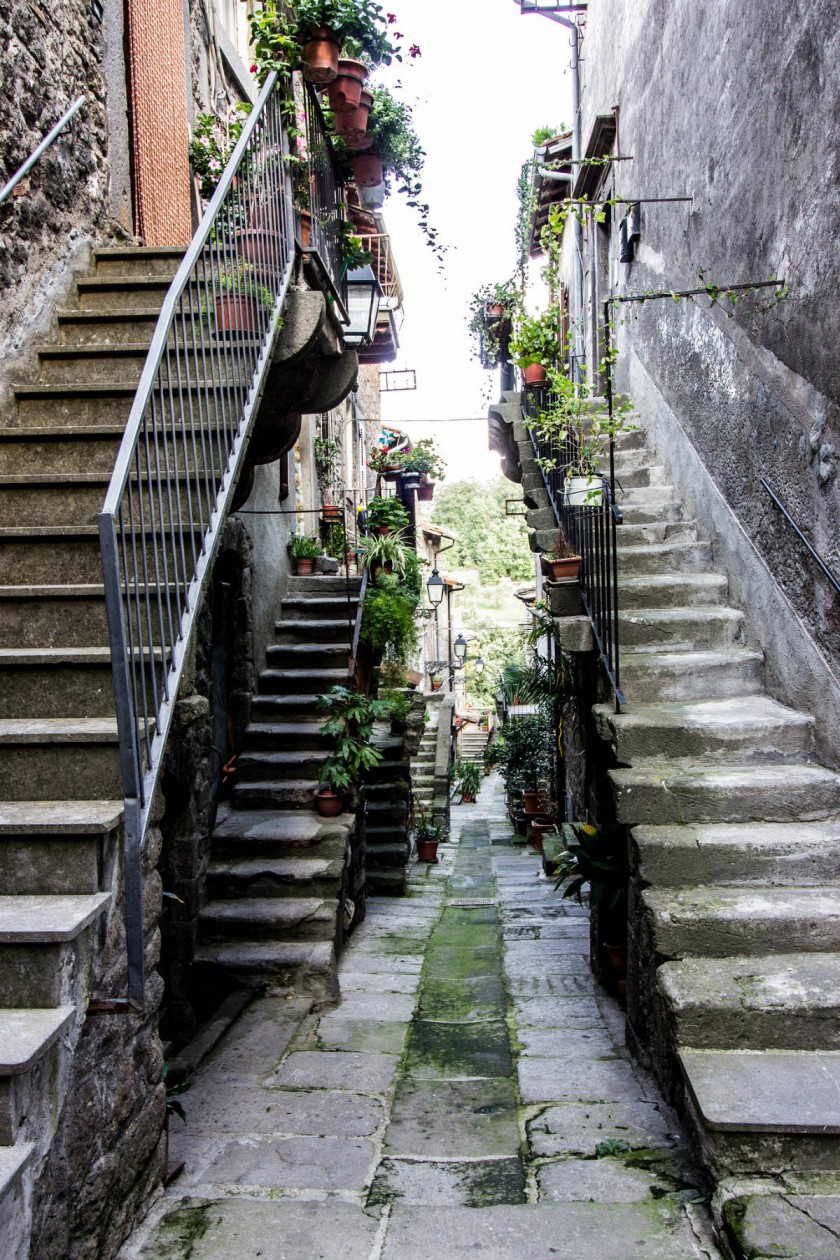 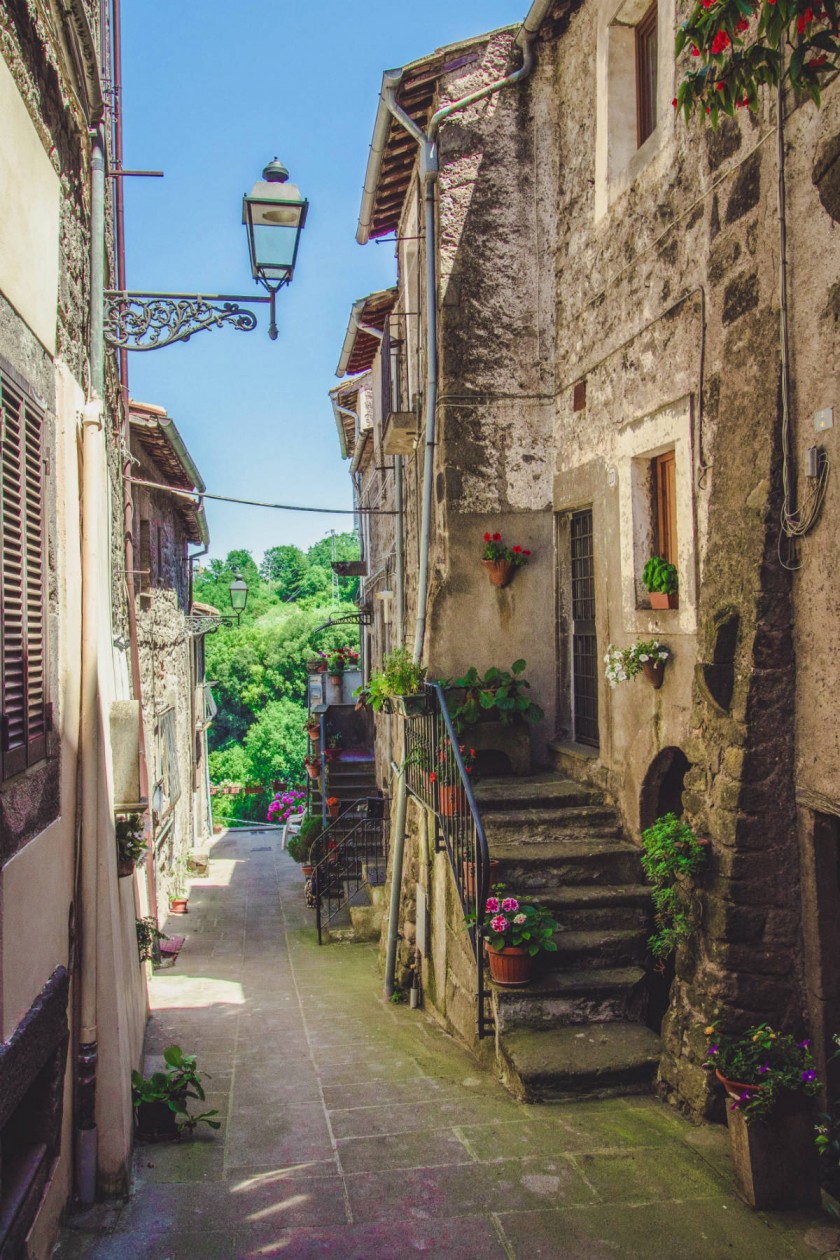 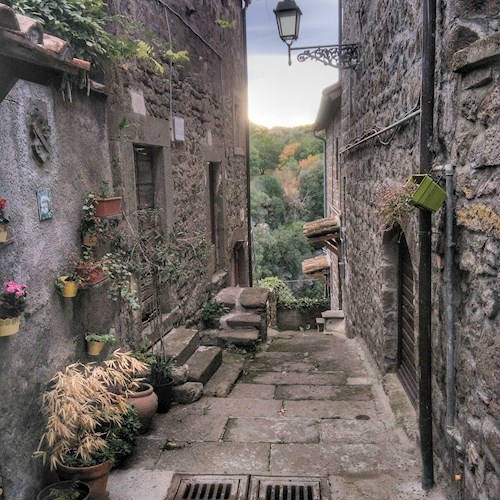 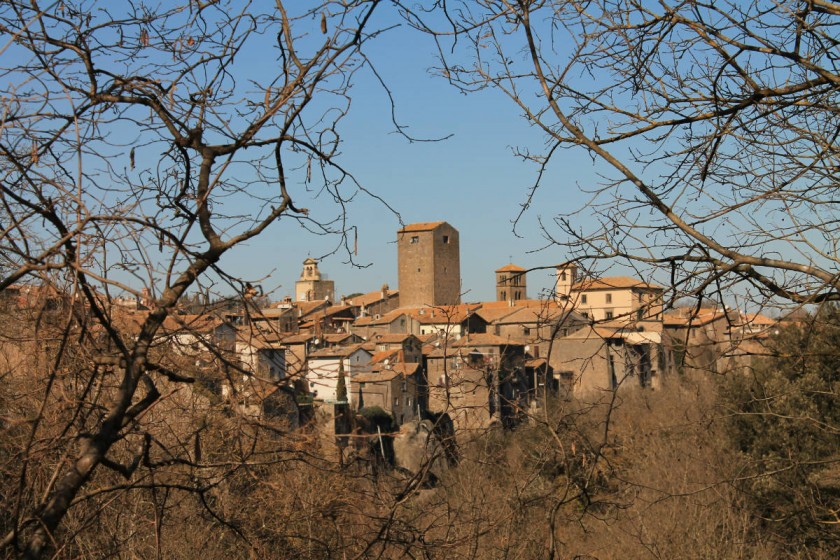 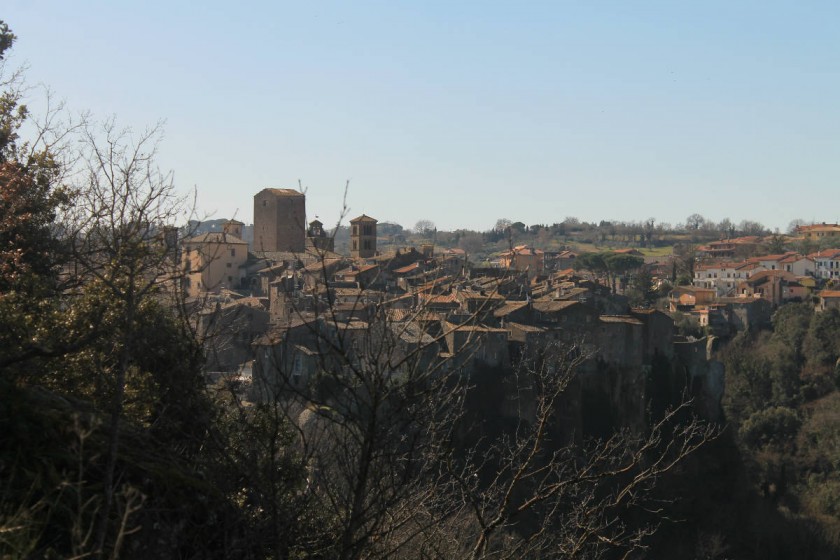 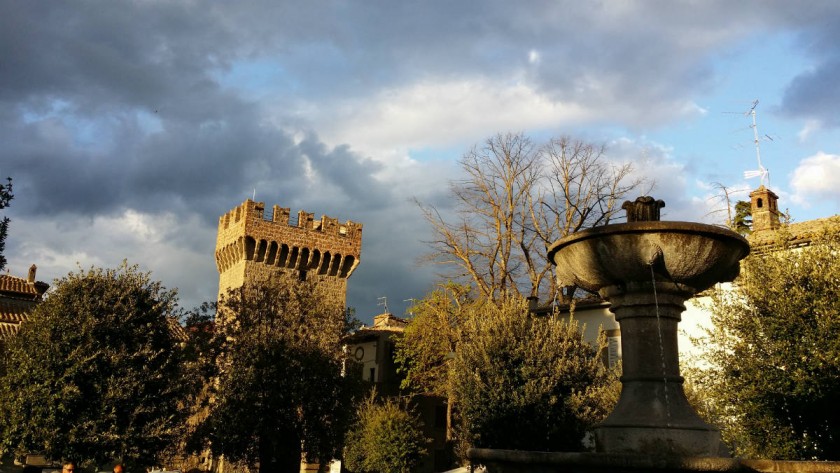 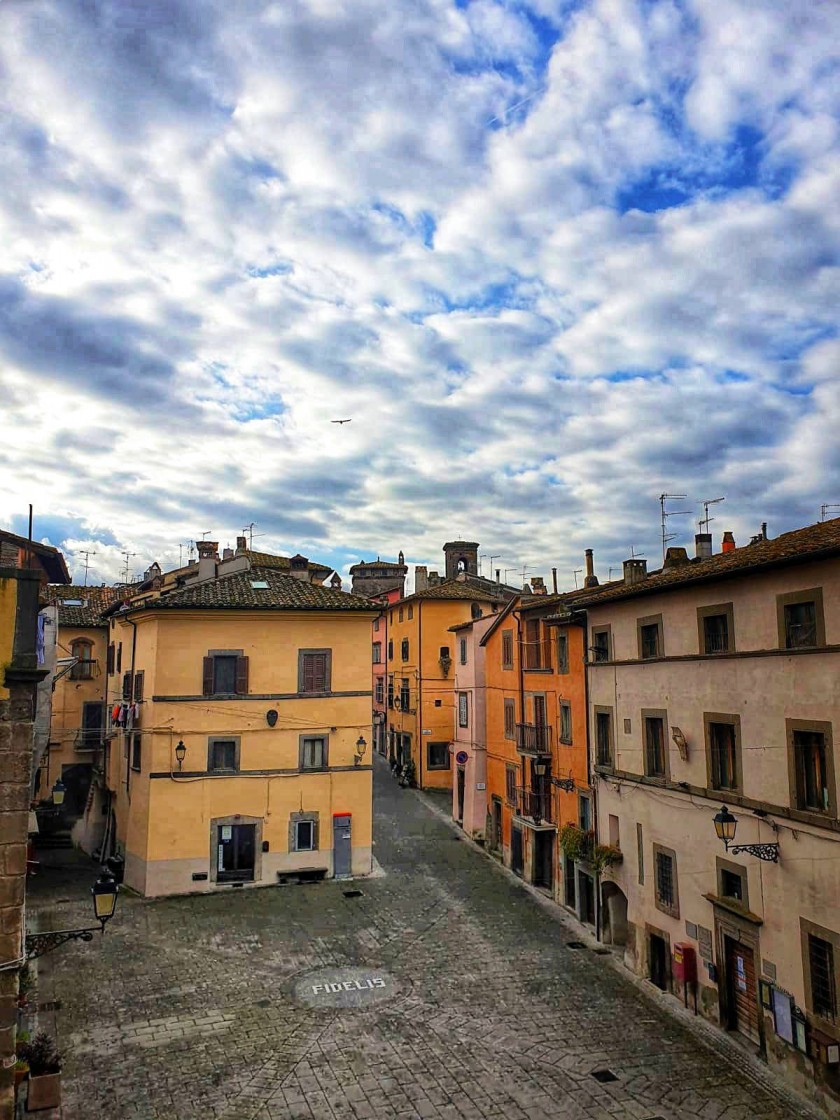 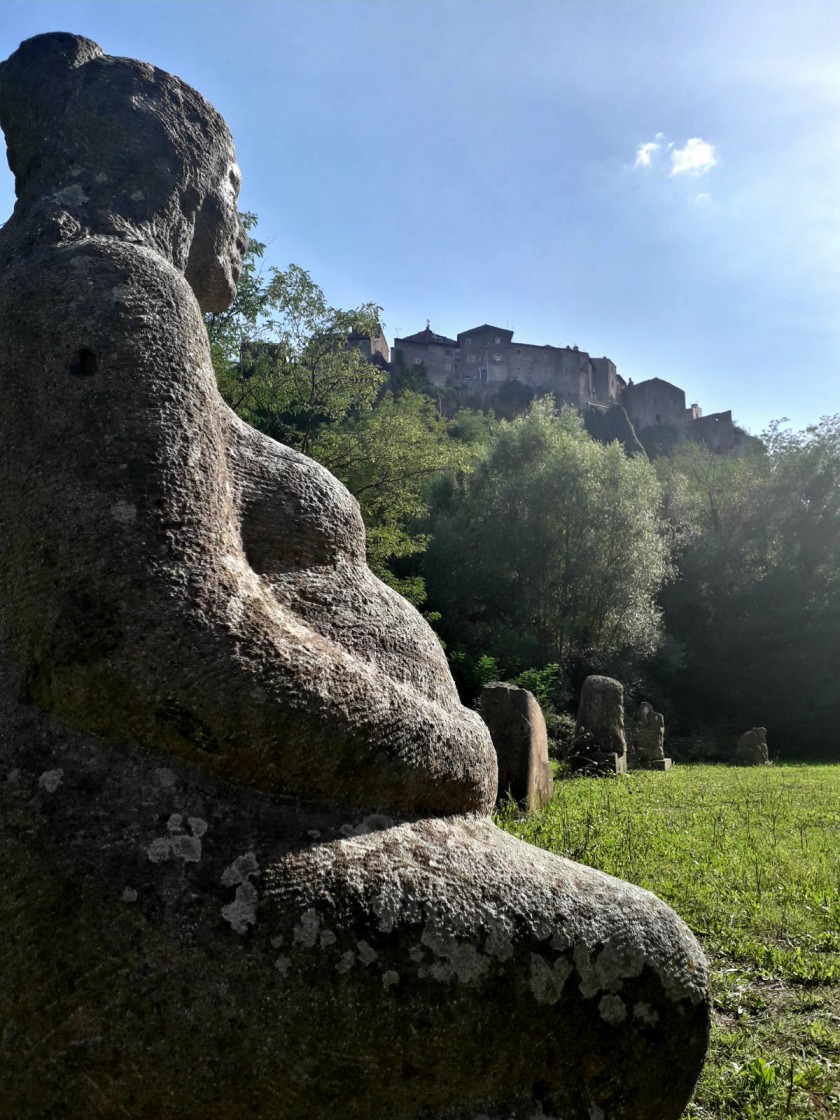 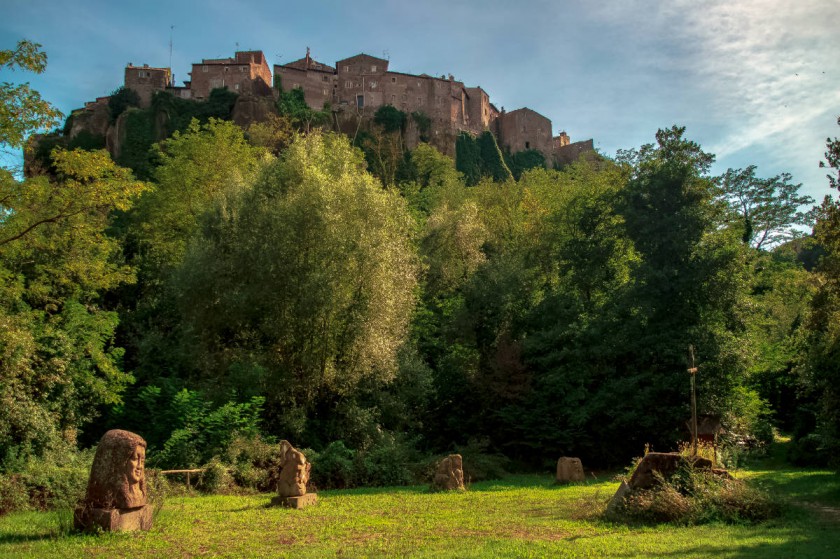 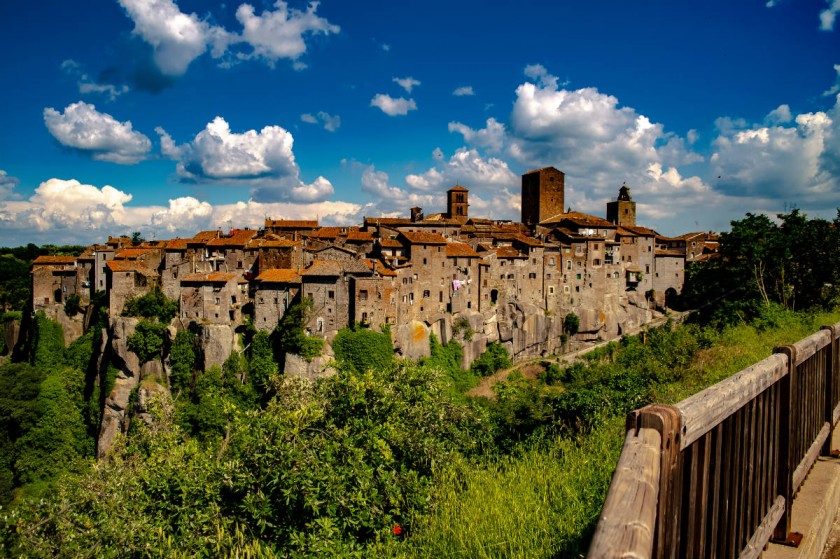 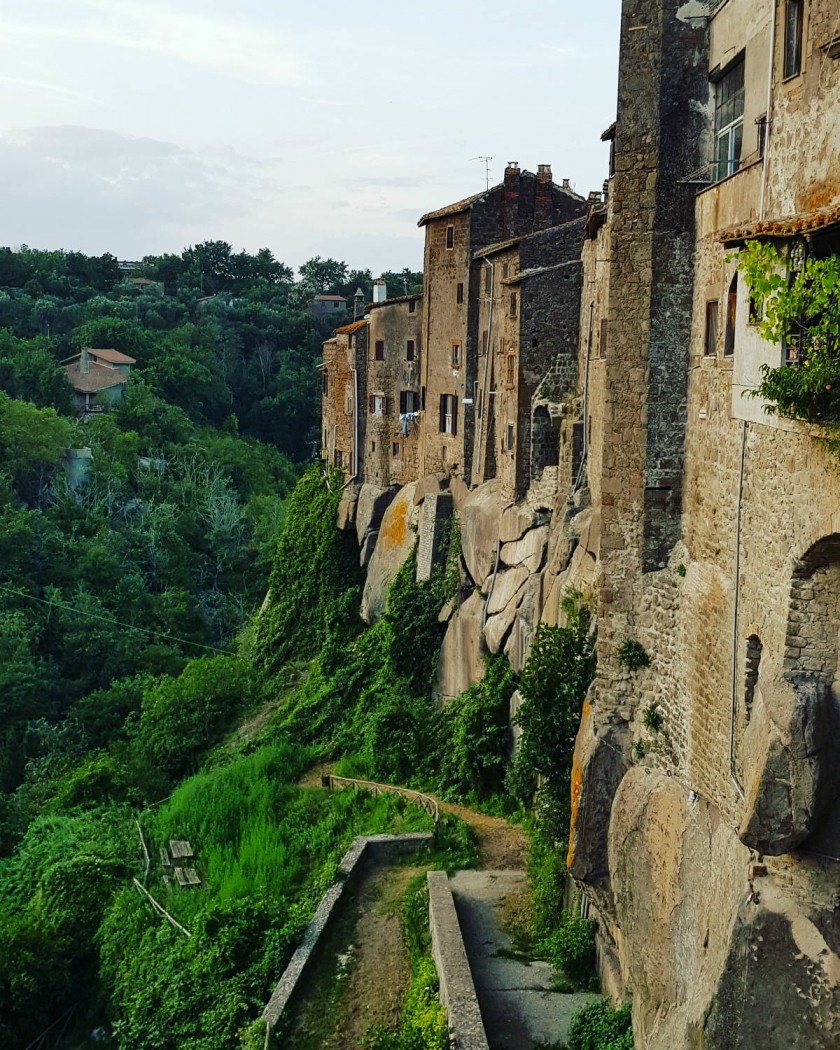 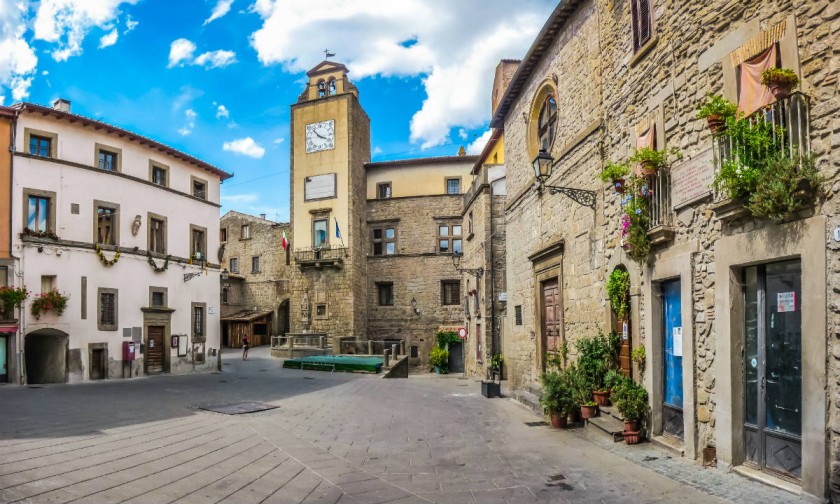 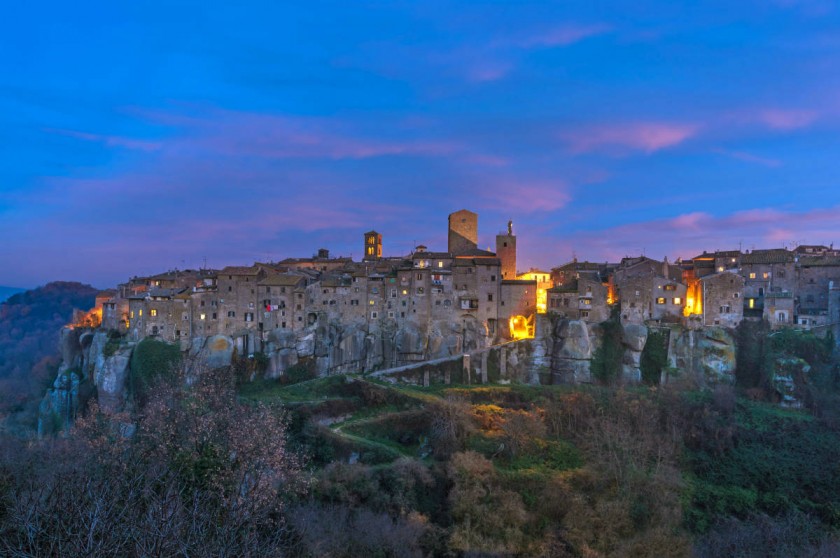 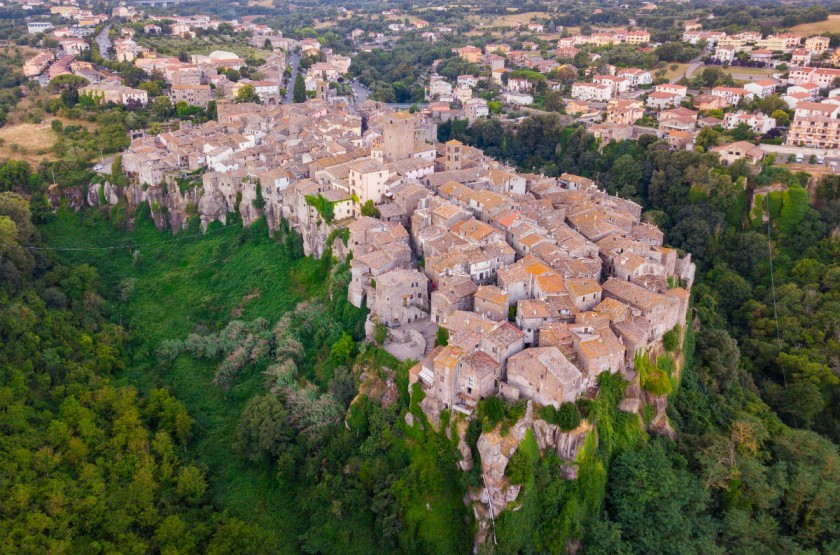 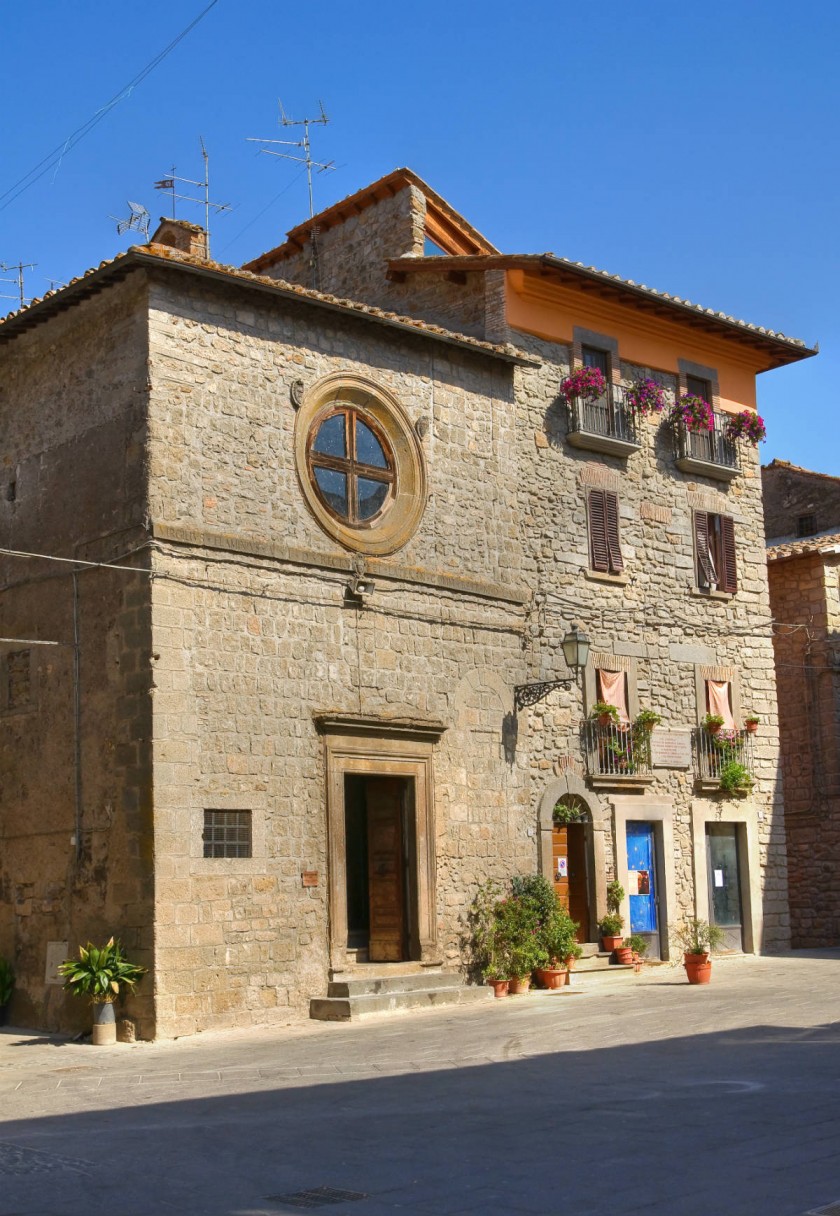 A look at Vitorchiano

Vitorchiano is a small medieval village leaning on huge blocks of peperino, a local volcanic rock. Its name derives from the name of this rock and due to its position it is also called "Hanging Hamlet". Its origins seem to date back to the time of the Etruscans, but it was also inhabited in Roman times.
A particular characteristic of the village is the presence of two defensive walls.

The history of Vitorchiano is linked to that of the nearby Viterbo. In 1199 Vitorchiano declared himself free from all ties with Viterbo and for this reason he was besieged by the Viterbo militias against which Rome's aid was invoked. In 1201 Vitorchiano was liberated and became a feud of Rome under which the inhabitants were submitted.
The Roman Senate then named Vitorchiano "Terra Fidelissima Urbe", allowing it to add to its emblem the initials S.P.Q.R., to bear the Capitoline Wolf and to use the motto "Sum Vitorclanum castrum membrumque romanum", i.e. “Vitorchiano, castle and part of Rome”.
The most important privilege was to provide the men for the Capitoline guard, called "Fedeli di Vitorchiano". Even today it is possible to admire the Capitol Guard in the official manifestations of the municipality of Rome. They wear the costumes that, according to tradition, were designed by Michelangelo Buonarroti,

The peperino is a volcanic origin rock, typical of Tuscia area. It is characterized by the presence of black biotite particles, similar to peppercorns; hence the name peperino which derives from the Latin piper. The classic colour is mottled gray and it is used in construction. The ancient village of Vitorchiano, in particular, is entirely made of this material and is leaning on huge blocks of peperino.

the Municipality is part of:
I Borghi più belli d'Italia
Città della nocciola

SP20, Bomarzo (Viterbo)
7.62 Kilometers from Vitorchiano
Farnese Palace
The Farnese Palace (or Villa Farnese) is located in Caprarola, in Lazio.

01017, Tuscania (Viterbo)
23.68 Kilometers from Vitorchiano
Necropolis of the Peschiera
Also known as the Tomb of the Nut, the Peschiera Necropolis is an Etruscan necropolis in Tuscania.

01018, Valentano (Viterbo)
37.45 Kilometers from Vitorchiano
Church of Santa Maria delle Colonne
Not far from the centre of the village of Grotte di Castro, the church dates from between the 12t...

Find where to sleep in Vitorchiano

Via Regina Elena, 21, Bomarzo (Viterbo)
7.64 Kilometers from Vitorchiano
B&B Il Grifo
The B&B "Il Grifo" is located in the historic center of Bomarzo, reachable only on foot, by bike ...

Piazza Pepe, 4, Bomarzo (Viterbo)
7.67 Kilometers from Vitorchiano
B&B Il Grifo
The B&B "Il Grifo" is located in the historic center of Bomarzo, reachable only on foot, by bike ...

Travel proposals in Vitorchiano and in its territory

Our news about Vitorchiano

A walk through the villages with the scent of lavender
Photo by iviaggidiliz.it Our country is home to vast expanses of lavender. The purple, blue and lilac-coloured flower gives shape to fragrant parks, which are the most popular destinations for lavender lovers. A walk through Italian villages and lavender fields is therefore one of the best ways to leave the greyness of winter behind and to welcome spring and its scents with enthusiasm. The purple fields of northern ItalyThe flower is on...
Continue
The 10 most beautiful villages set in the rock
The Italian territory is rich in wonderful landscapes. Some of the places able to combine history and charm are the villages. From north to south, the villages are numerous and scattered in every region. They can be found in the most varied places: from islands to inland areas, from lakes to mountains, from hidden bays to jagged cliffs. But each of them is capable of making anyone who takes the time to visit them fall in love. Among the most c...
Continue