Share
Historic village, in a splendid landscape between lake and mountains, Cannobio is the first town that tourists from Northern Europe meet on Lake Maggiore. In the historic center there are numerous architectural buildings: the core of the fourteenth-century bell tower and Palazzo della Ragione (1291), Casa Pironi, an elegant medieval building and the facades of the Omacini lakefront. For the quality of the water and the positive environmental characteristics, from 2002 to 2007 Cannobio was awarded the Blue Flag, a prestigious international recognition. 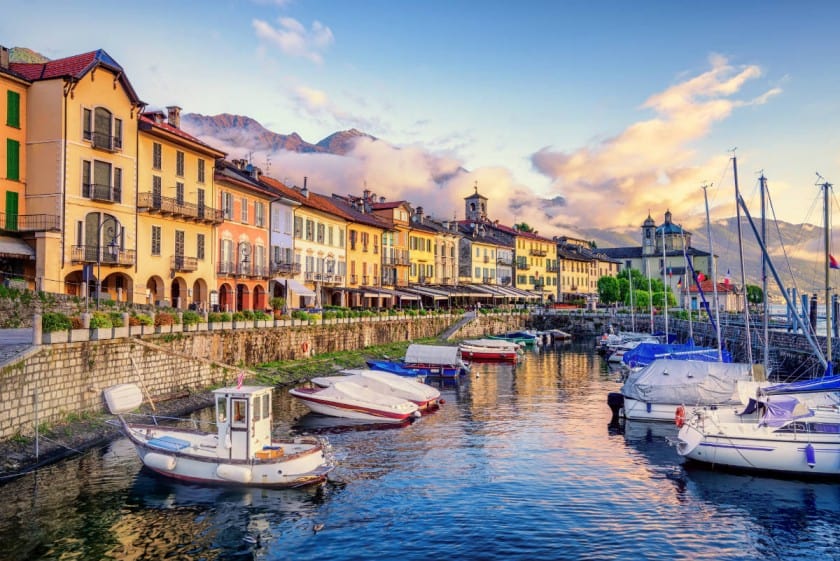 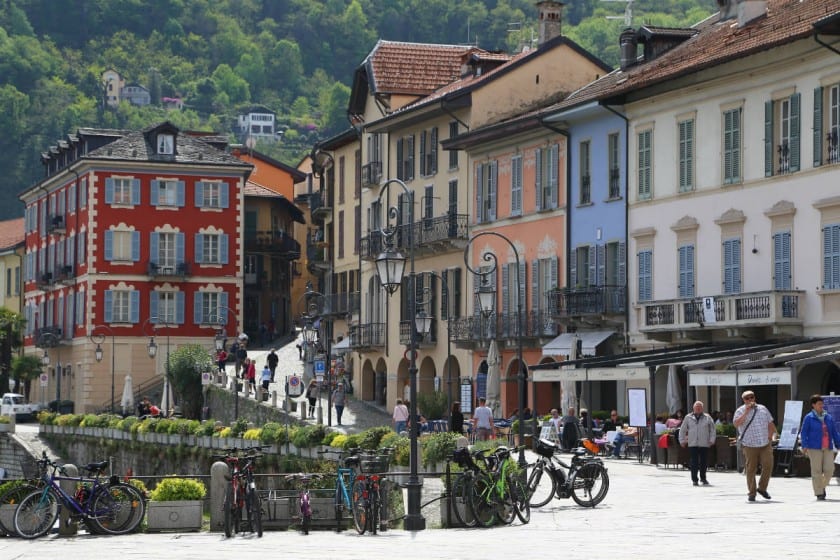 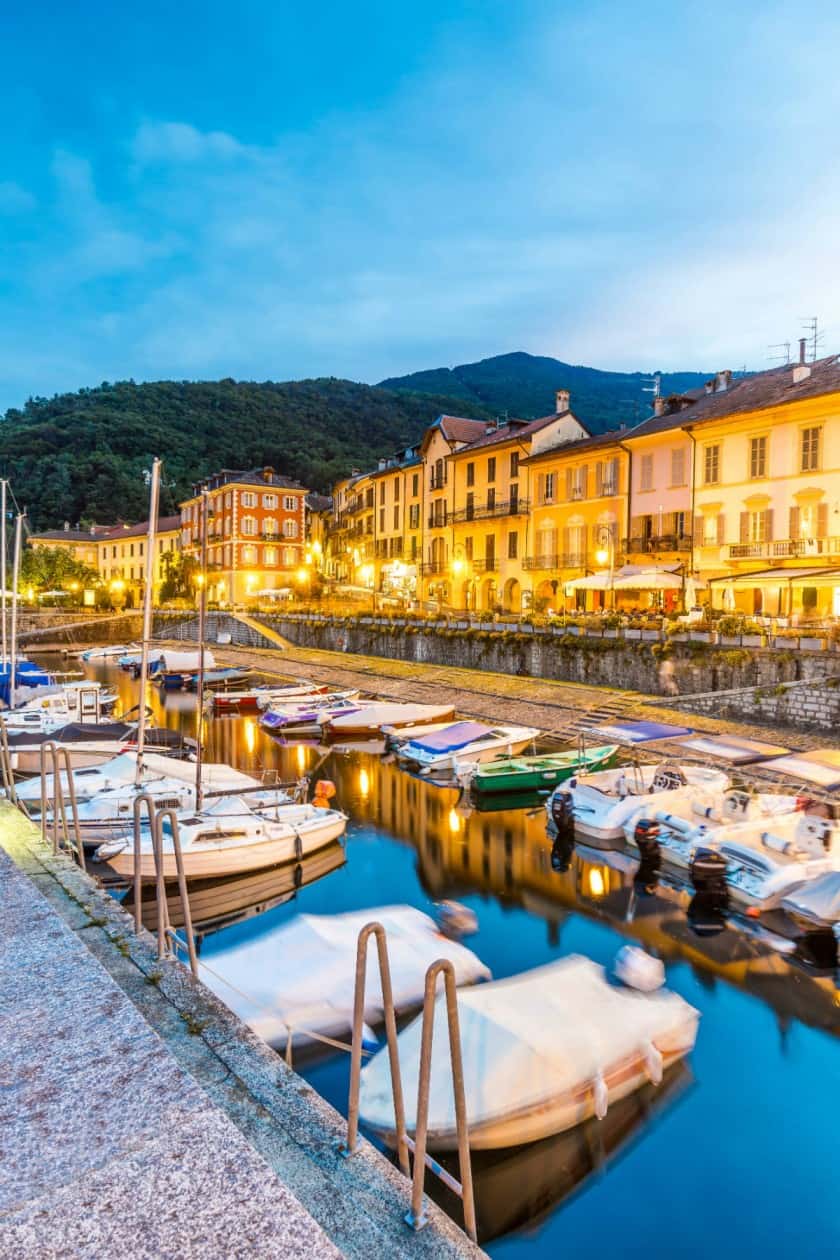 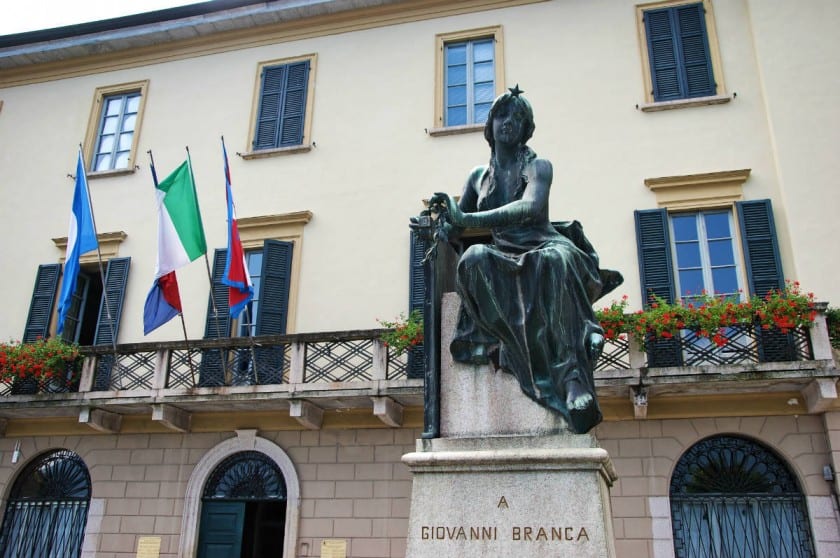 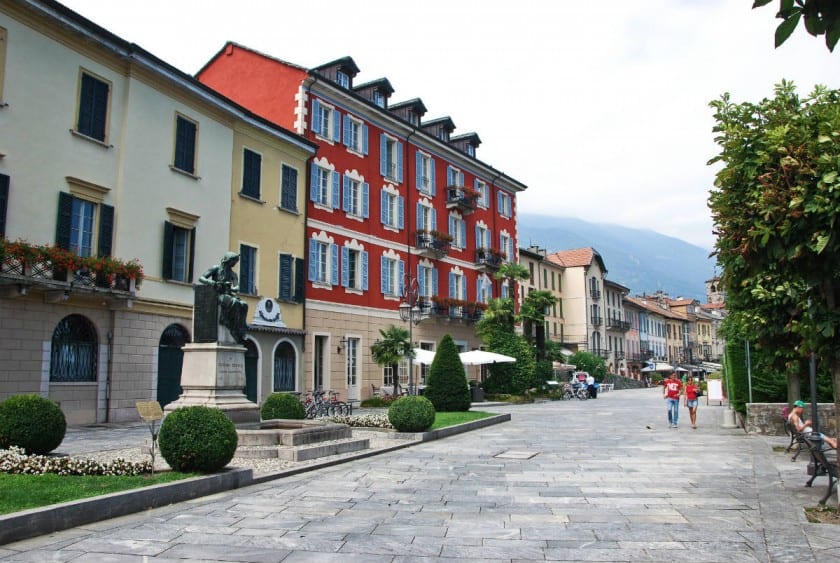 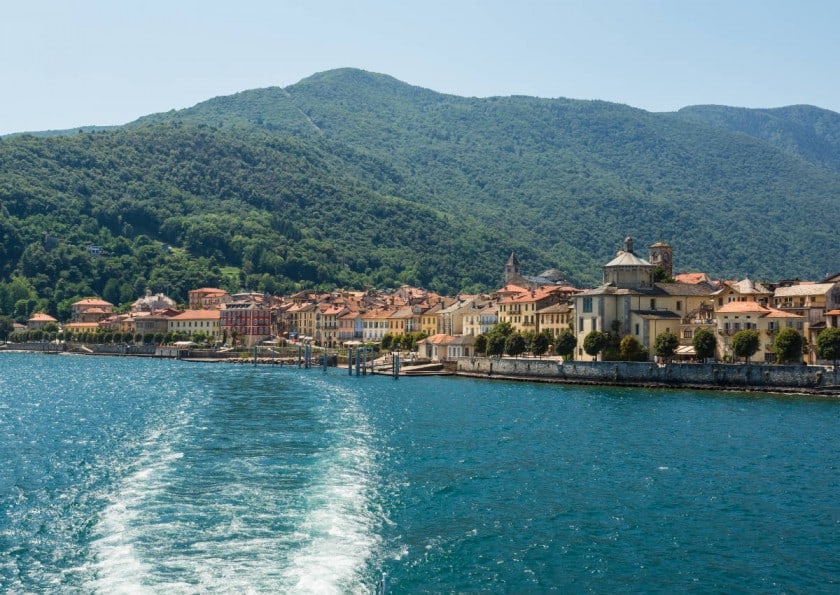 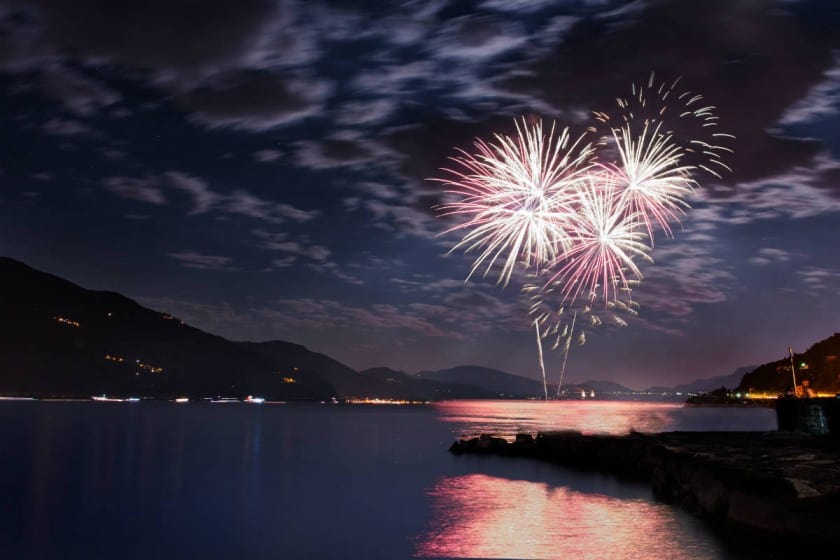 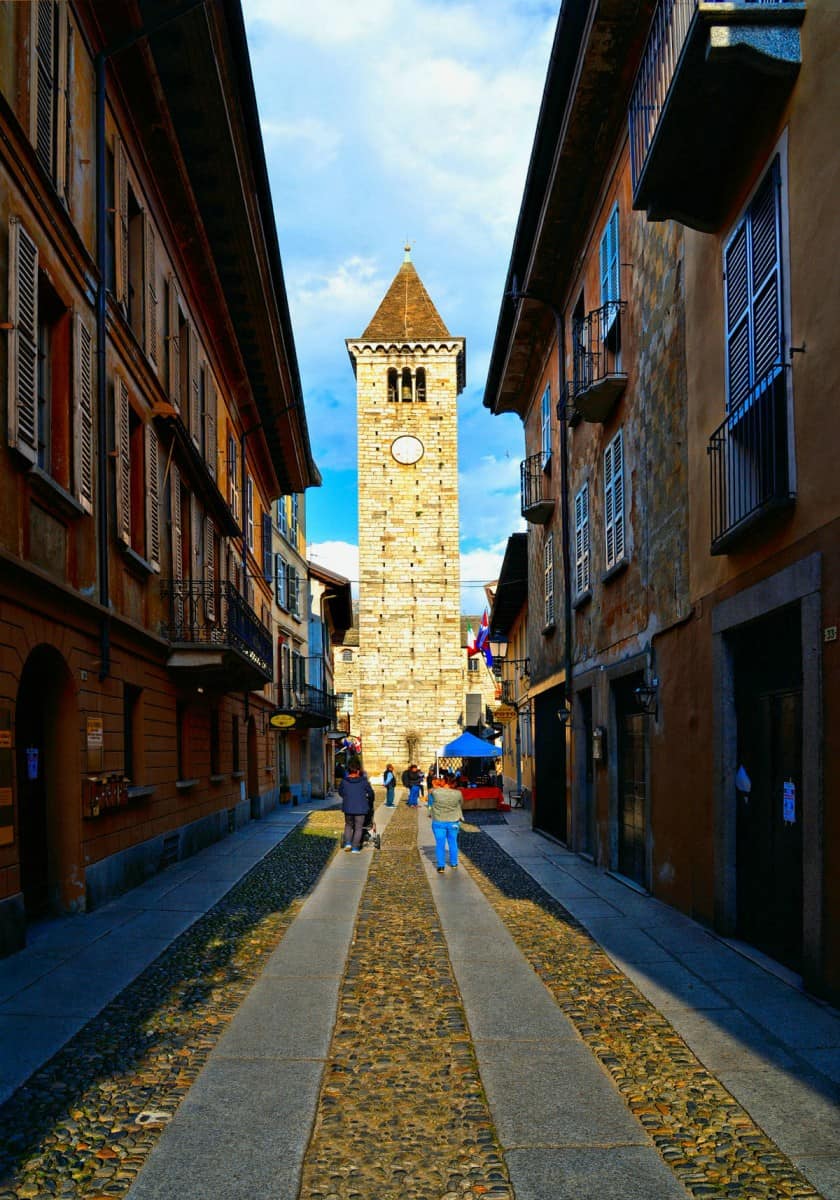 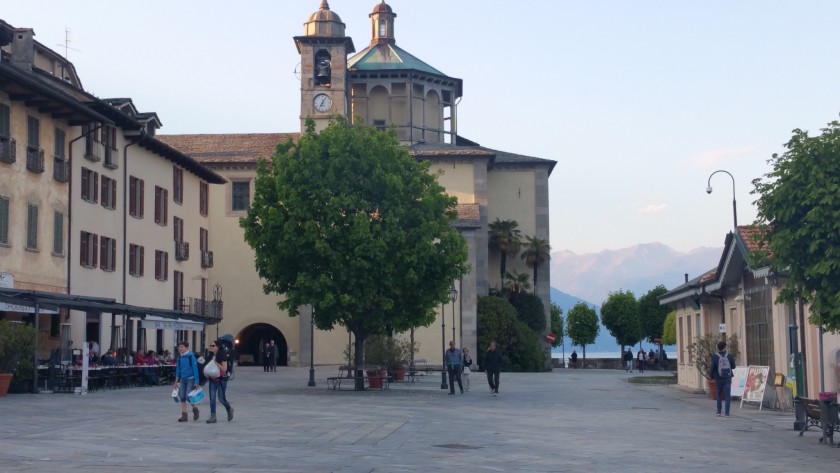 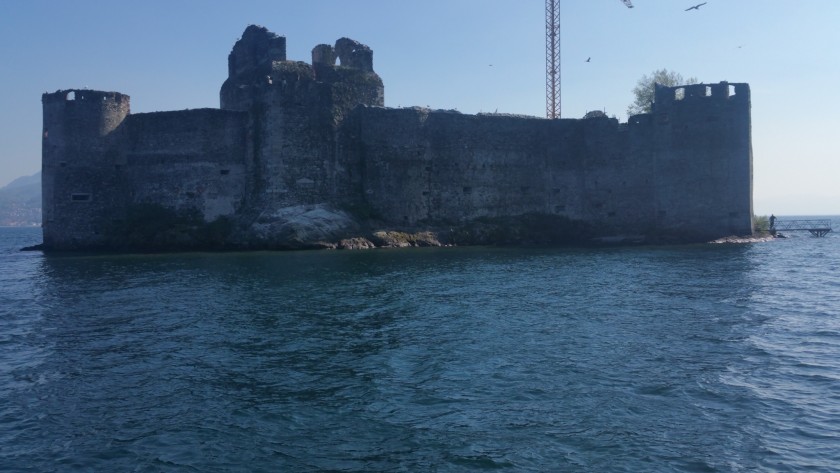 A look at Cannobio

Cannobio is a frontier village with Switzerland on the Riva north-west of Lake Maggiore and the mouth of the valley Cannobina, in Piedmont. In spite of the scarcity of the number of inhabitants (little more than 5000), is characterized by a high extension, due to the number of fractions that belong to the village.

The country has ancient origins, perhaps preromane; the demonstrate some burials to cremation, return the light between the XVI and the XVII century near the current track Rezio Field. After the annexation to the Roman Empire in the north of Italy and the alpine valleys (I century a.C.), Cannobio was certainly a commercial center and strategic and seat of a fleet of the lakes. Certain facts about the existence of the village we find them in the X century: in 929 it is known that for certain that it was the seat of a Curtis Regia. The medieval age was without doubt very prosperous, especially from the point of view of manufacturing and commercial, and in 1207 Cannobio had the title of "Borgo". The period of the late-medieval was characterized by the historical bond with the city of Milan, even in the context of the diocesan ecclesiastical and: by virtue of this link Cannobio and some neighboring municipalities used and still use the Ambrosian rite for liturgical functions in contrast to the other centers of the Piedmontese shore of the lake, always linked to the Roman rite. The end of the XIX century was characterized by the introduction of numerous industries, now disappeared, that have characterised the history of the country: silk mill, tanneries, Cartiera, etc.

On the lakeside and along the streets that lead up to the main road you can admire the palaces of the sixteenth and seventeenth centuries. Strolling among the ancient cobbled lanes you can discover the Palazzo della Ragione of the XII century and the Tower of the town, the fifteenth-century house of the pyrones, the sixteenth-century Sanctuary on the lake, the Collegiata di San Vittore of the eighteenth century (the facade dates back however to 1842). In the locality of Traffiume is surprised by an unmissable natural spectacle: the Orrido di Sant'Anna. This is a sparkling waterfall, dug in the rocks by the waters of the torrent Cannobino; nearby is a small church of 1665 dedicated to the Saint. A pleasant excursion, from the lakeside promenade on the road for Cannero, leads to the village of Carmine above that stands alone on a spur of rock overhanging the lake. Here, with a job that lasted for almost a century (1334-1431), was built the church of San Gottardo. Despite being called the Castles of Cannero, actually belong in the municipal territory of Cannobio the two rocky islets that still bear the traces of the ancient fortifications now in ruins.

The constant and favor the presence of wind has allowed Cannobio becoming an important center and a destination of reference for those who practice sailing sports, but also other water sports are well represented also thanks to the fact that, since 2002, and with few interruptions, the country has been awarded the Blue Flag, as the nearby Cannero.

Among the events characteristics is to remember the feast of Lumineri (7 and 8 January) in commemoration of the miracle of piety. On the lakeside develops throughout the period of the year in the picturesque market of Sunday, recall also for neighboring Swiss buyers.

Via IV Novembre, 5H, Cannero Riviera (Verbano-Cusio-Ossola)
4.81 Kilometers from Cannobio
Isola Madre
Isola Madre is the largest of the Borromean islands and is located halfway between Baveno and Pal...

28838, Stresa (Verbano-Cusio-Ossola)
22.49 Kilometers from Cannobio
Isola Bella
Isola Bella, located in Lake Maggiore, is part of the group of the so-called Borromean Islands an...

Frazione Viceno SNC - 28862 , Crodo (Verbano-Cusio-Ossola)
33.68 Kilometers from Cannobio
Isola Madre
Isola Madre is the largest of the Borromean islands and is located halfway between Baveno and Pal...

28866, Premia (Verbano-Cusio-Ossola)
35.04 Kilometers from Cannobio
Isola Bella
Isola Bella, located in Lake Maggiore, is part of the group of the so-called Borromean Islands an...

28838, Stresa (Verbano-Cusio-Ossola)
22.49 Kilometers from Cannobio
Palazzo Pretorio
The Palazzo Pretorio of the borgo of Vogogna, in Piedmont, was built in 1348.

Via Castello, 4, Vogogna (Verbano-Cusio-Ossola)
31.58 Kilometers from Cannobio
= distances as the crow flies

Via A. Giovanola, 75, Cannobio
Chalet La Baita
Located in the charming village of Baceno, Chalet La Baita is a perfect location to stay in touch...

Strada Statale 659 Nr. 41 , Baceno (Verbano-Cusio-Ossola)
36.65 Kilometers from Cannobio
Farmhouse La Tensa
Nestled in the nature of Piedmont, in the province of Domodossola, Agriturismo La Tensa is the id...

Travel proposals in Cannobio and in its territory

Explore historic vineyards at the foot of the Alps in the Ossola... - from 27 €
Walk among the vineyards and explore one of Italy's historic estates in the Ossola Valley
| Travel proposal valid until: Friday 30 june 2023
2 hours | September 2022 to June 2023 | Max: 15 people
Interested villages: Vogogna, Crodo, Baceno

Feast of the Holy Piety

Villages of Piedmont, authentic harmony
There is a world of widespread beauty in Piedmont, of stories to be told, of scents and flavours to be experienced: 14 small towns included among the Most Beautiful Villages in Italy, 34 awarded the Orange Flag as a mark of tourist-environmental quality, 5 marked with the Green Ear for sustainable rural development. And throughout the region there are more than a thousand municipalities with less than five thousand inhabitants, custodians of a...
Continue
Verbania: excursion to Cannero Riviera and Cannobio
It is from the small capital of Lake Maggiore, where one of the most suggestive itineraries of Verbano begins. Geographic heart of the basin, Verbania is somewhat the meeting point between the northern and southern arms of the lake; It is also the starting point for an interesting cross-country tour of the Borromean islands. We leave Verbania along the state road 34 of Lake Maggiore, one of the most panoramic tracts of Piedmont, long path...
Continue
Castles of Cannero: floating fortresses for petrified pirates and ghostly sailors
Castles of Cannero, also called in the local dialect Castei...
Continue
Events in the villages not to be missed from New Year's Eve to the 2018 epiphany
Time is running out. 2017 is leaving us and, while the last preparations are being made to celebrate New Year's Eve, we look to the future, at 2018, and specifically to the first week of January. What will the villages offer to entertain us from the first of the year to epiphany? Concerts, patron festivals, festivals, historical re-enactments, religious festivals, shows and much more to discover the magic, history and traditions of our villages. Have fun! Gospel Concert at Monteriggioni Castle |&...
Continue