Share
Located in the Upper Adriatic between Trieste and Venice, Caorle is the tourist center where the sea and the beach marry history and culture. A seaside town that thrives on tourism and fishing; this can be seen by walking along the entrance road, observing the boats along the canal port and glimpsing the hotels towards the sea. 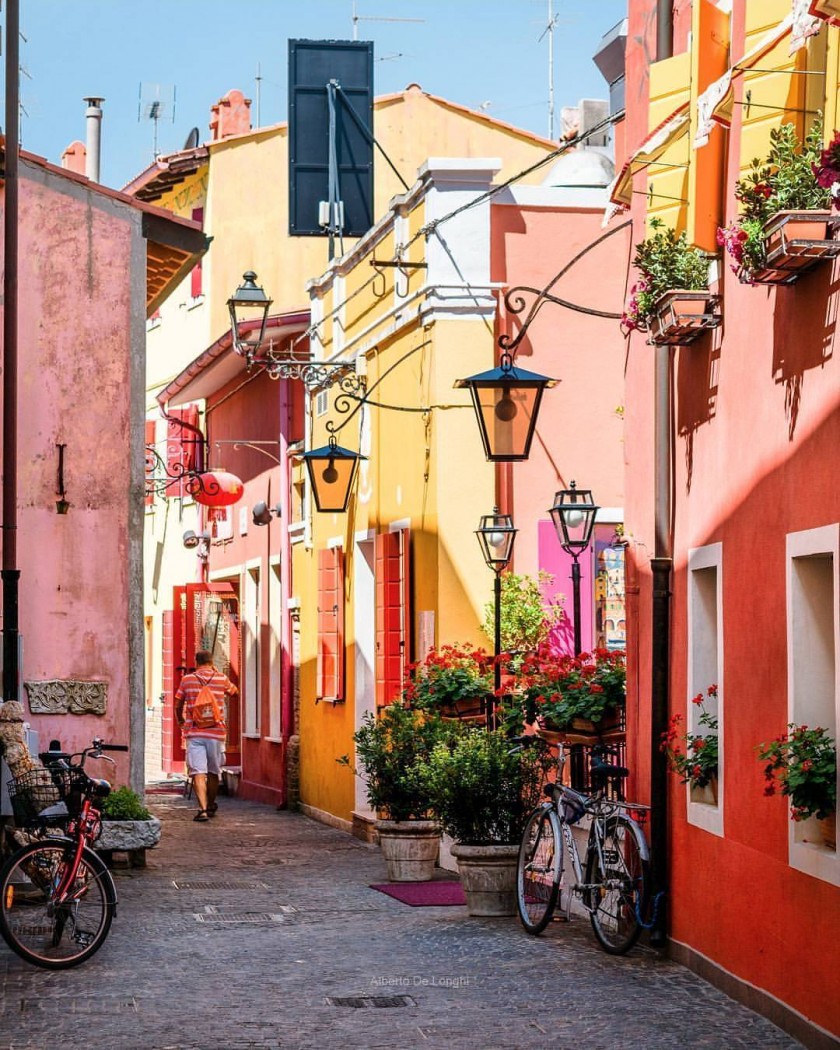 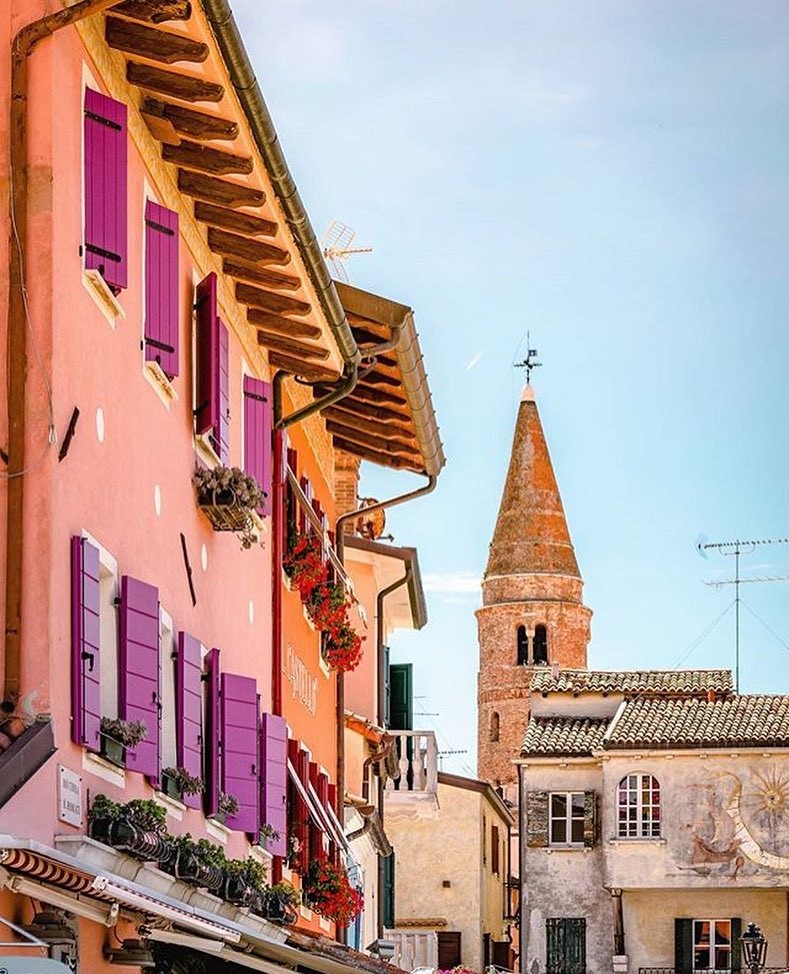 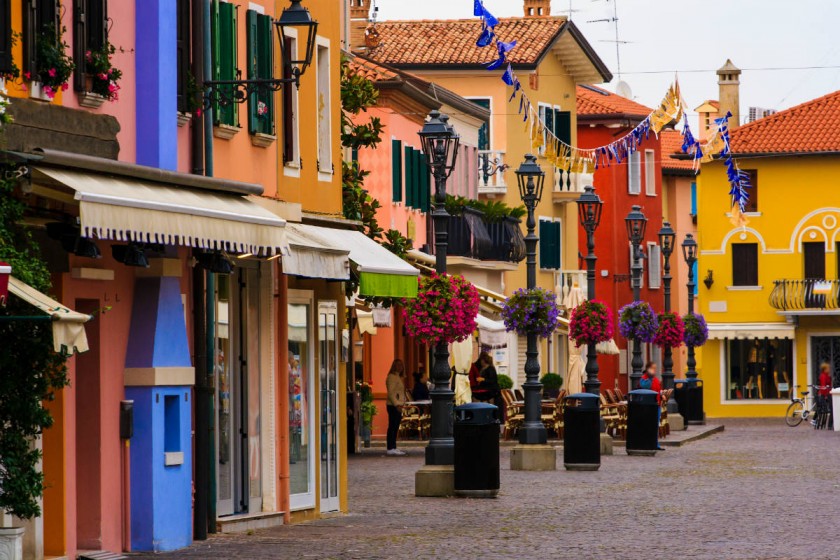 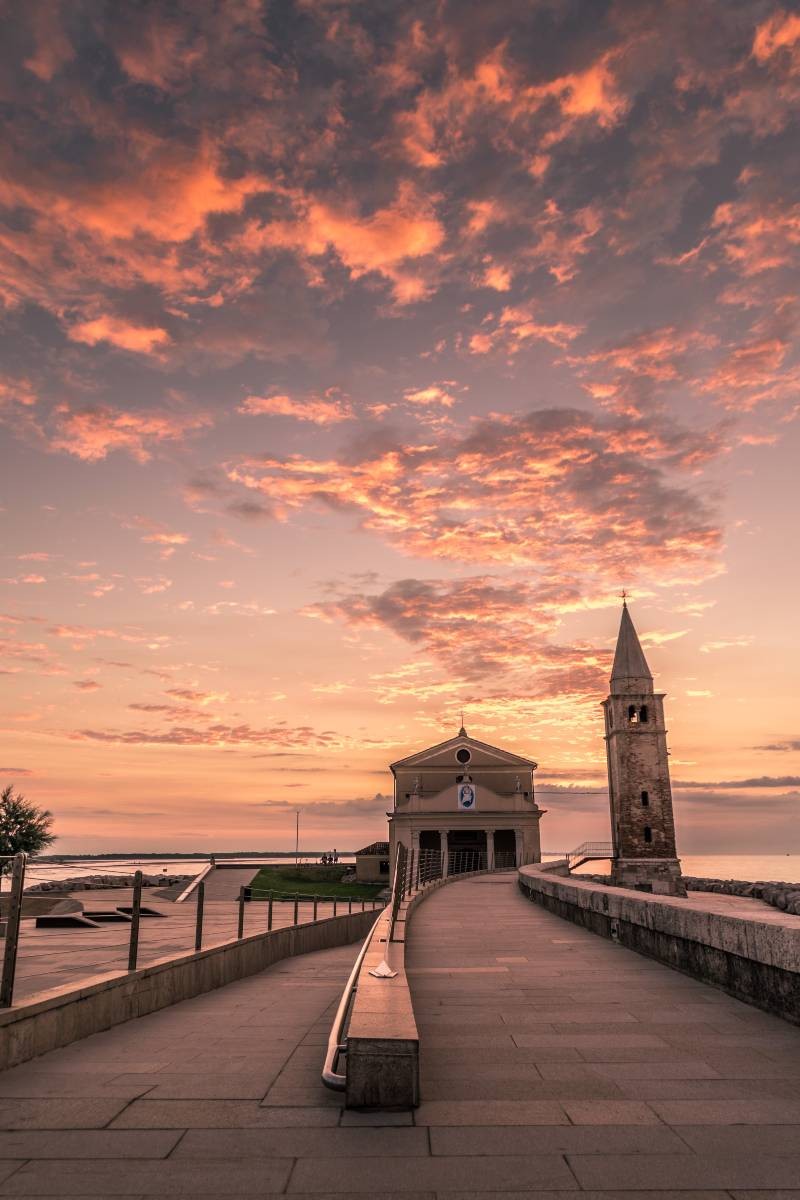 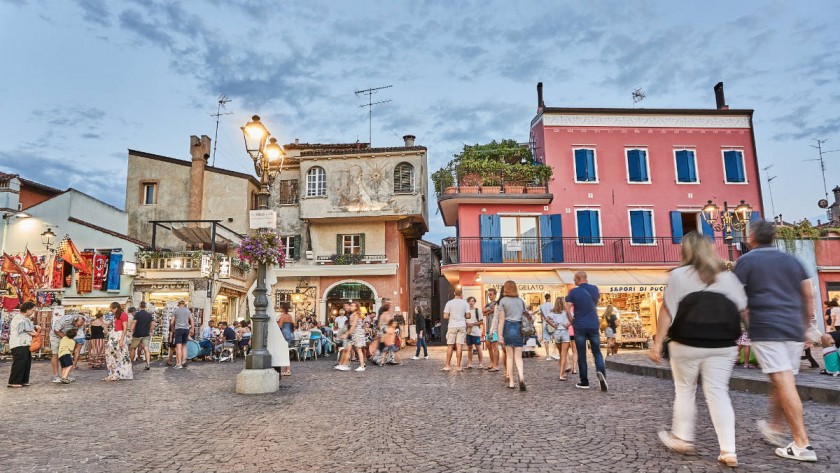 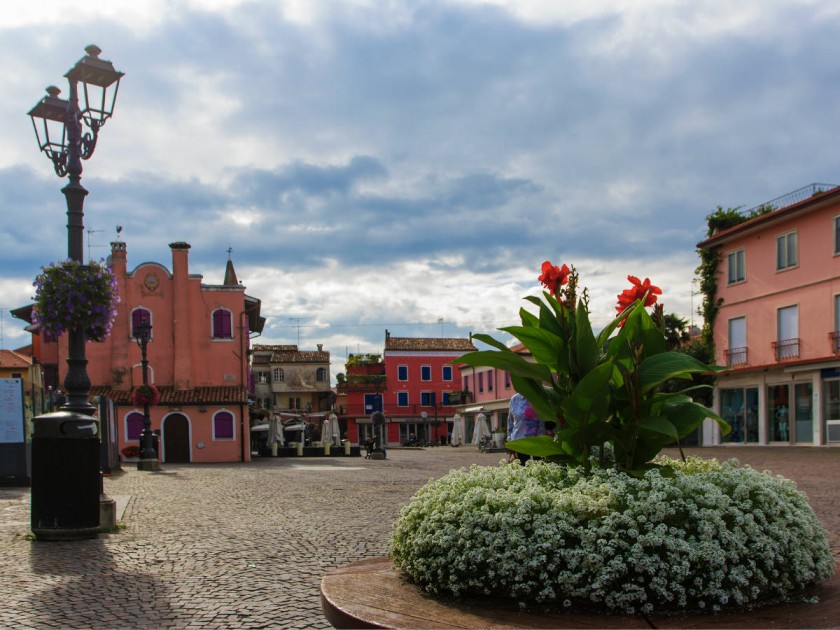 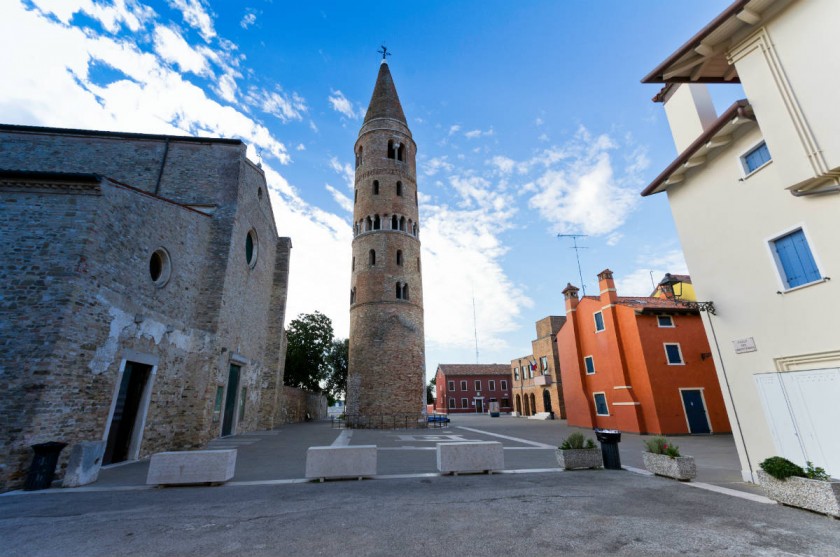 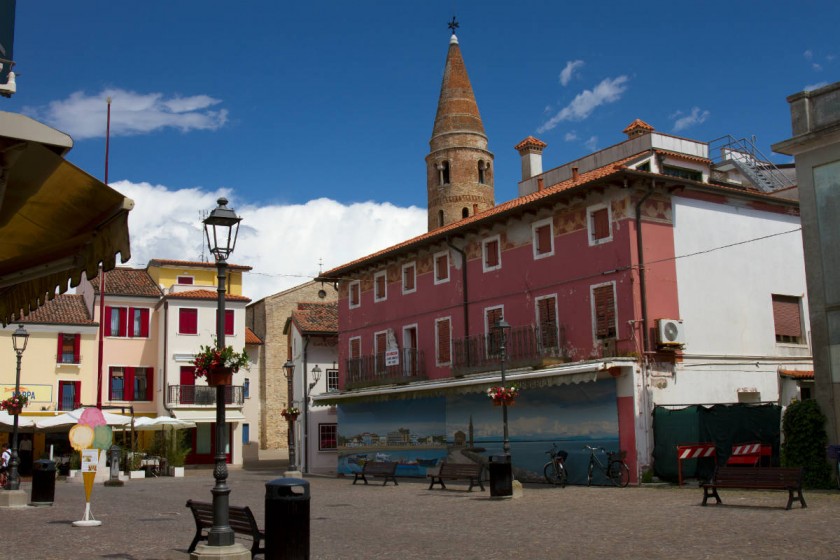 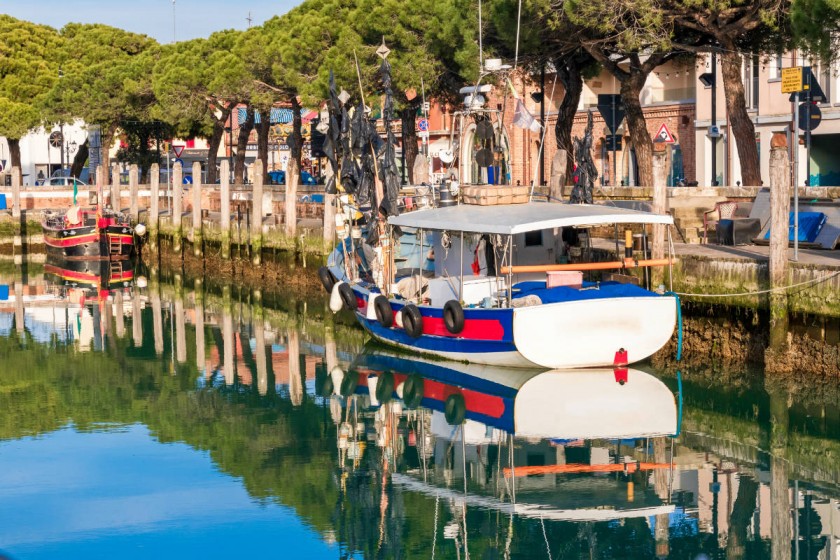 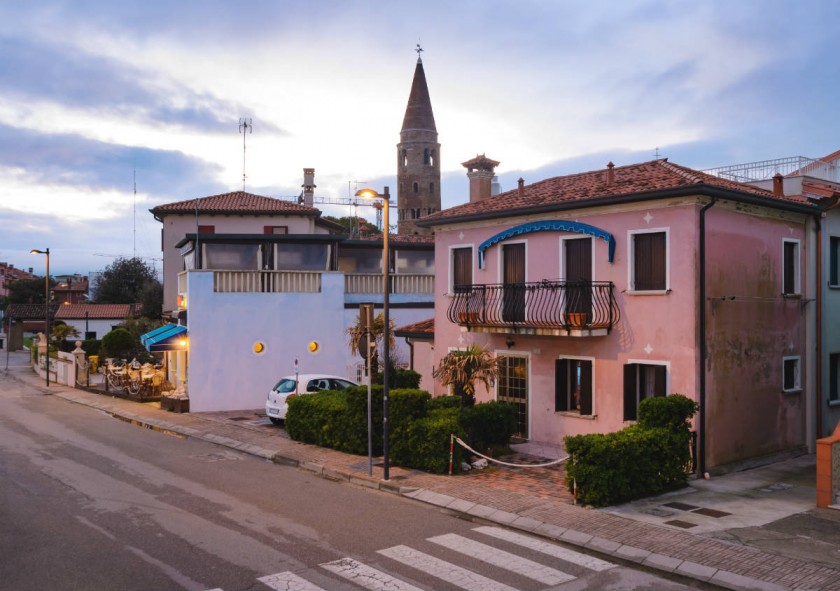 A look at Caorle

Càorle (Càorle in veneto, Cjàurlis (Cjàorle) in western friulano) is situated between the mouths of the river Livenza and Lemene, which overlooks the Adriatic Sea to the north east of the lagoon of Venice between tourist locations in Eraclea and Bibione.

The roots of Caorle sink in the I century B.C. (the name derives from the latin Caprulae, probably because of the wild goats that there grazing), as testified by several finds of the Roman era, as the Ara Licovia, sacrificial altar guarded now in the duomo, or the archaeological finds in the sea. However the city grows and becomes as important as the port of the nearby Concord, for its position at the mouth of the Lemene, particularly as a result of the barbarian invasions of the Huns, who drove many concordiesi from the inland to the coast; it was in that period, around the VI century, that Caorle became a bishopric. In the following centuries the fate of Caorle were linked to those of the Serenissima Republic; the city territory was part of Dogado, i.e. of the metropolitan territory, as well as original nucleus, the Republic. In the XIII and XIV centuries, because of the frequent invasions of the territory by the Trieste can and pirates, many families were forced to relocate to Venice; it was thus that Caorle began the descending parable, that accompanied him until the Napoleonic era, losing its importance compared to other cities of the Venetian Dogado. Insulation which became even more serious when, in 1379, the genoese landed on the island caprulana and while trying to conquer the territories of the Serenissima, devasted the entire city, obliging the bishops to leave the episcopal seat vacant. In the XVII century Caorle had its only outlet in the fluvial connection with harmony and Portogruaro; but this was also the time of the end of the Republic, for the hand of the Napoleonic troops; were to cease the ancient privileges on the waters, which had ensured subsistence to the city, and it prepared a long period of foreign domination.

In the nineteenth century, as all the Veneto, Caorle passed to Austria; the small town leaked, thus definitively its importance, being its economy is essentially based on fishing; must wait until the seventies because Caorle lathes to a most prosperous period, when is reoriented so impressive toward tourism. In 1818 is suppressed the diocese and the territory is annexd to the Patriarchate of Venice; so are also lost many of the popular traditions and religious, who had animated the life of the island in previous centuries. The XX century is also for Caorle the century of the great wars. In particular it ignites the lagoon life after the defeat of Caporetto, becoming a strategic territory for the front that fought on the Piave. In the last offensive of 1918 also the caorlotti you did honor. It is not by chance that one of the sections of the San Marco Battalion was called its "Battalion Caorle" and, together with the Battalion Bafile, played an important role in the battle of liberation on the Piave. During the second war, instead, serious was the weight of the german occupation, who came to threaten to flooding, for strategic reasons, the whole coast to a depth of 10 kilometers; the alarm came unexpectedly and still today the caorlotti, in memory of a vow made on 2 January 1944, attach the merit of this to the intercession of their Madonnina del Mare.

Of particular interest is the Cathedral of 1038 (already cathedral and the Episcopal Seat until 1807) and the cylindrical bell tower and surmounted by a conical cusp, in romanesque style, of the same age. On the coast there is the Sanctuary of the Madonna dell'Angelo, rebuilt in the XVII century on a pre-existing church of basilican plan and restructured in 1944.

Caorle, unique on the Adriatic, is capable of reconciling the bathing season and a valuable historical center, with its multicolored houses distributed among calli and campielli; originally crossed by a network of artificial channels now buried (so-called Rio Terà) still gives the impression of walking through a small glimpse of Venice; in the heart of the city there is the fishing harbor, witness of the flourishing fishing activities and the last bastion of the network of canals that crossed the old island. In winter the city does not become empty, but continues to offer opportunities for tourists, with hotels and apartments for holiday open all the year and, in the historical center, the Christmas markets and an ice-skating rink to open from December to the first days of February (initiative launched with success from some year).

Village of Caorle
Municipality of Caorle

the Municipality is part of:
Veneto Region Historical Villages

St. Stephen's Cathedral
St. Stephen's Cathedral is the oldest church of Caorle, in Veneto.
Piazza Vescovado, 7, Caorle
National Museum of Sea Archeology
The National Museum of Sea Archeology is located in Caorle, in Veneto.
Strada Nuova, 59, Caorle
Sanctuary of Our Lady of Angel
the Sanctuary of Our Lady of Angel of Caorle, in Veneto, is located on the shore of Adriatic Sea.
Viale Madonna dell'Angelo, 12, Caorle
River Stella Mouth Natural Reserve
One of the peculiar and distinctive environments of the entire lagoon of Marano, from the remarka...

Travel proposals in Caorle and in its territory

Bicycle & Nature along the Sile to the lagoon of Venice - from 139 €
Follow by bike the course of the Sile from Treviso to the Lagoon of Venice
| Travel proposal valid until: Friday 11 november 2022
5 hours | from Thursday 19 May 2022 | Max: 8 people
Interested villages: Quarto d\'Altino

Find where to sleep in Caorle

Via Colombera, 4/a, Quarto d'Altino (Venezia)
40.72 Kilometers from Caorle
= distances as the crow flies

Fire of the Bell tower

Tasty Veneto: North-East tastes
Veneto has a thousand facets. The sea, the mountains, the lagoon, the hills, the plains, the lakes, the cities of art and the historical villages. It’s one of the most varied mosaics of Italy and it’s one of the best known Italian geographical areas. It’s the Italian region where the most tourists go. It’s an area that can meet all the tourists’ needs even the most demanding ones by offering a wide range of option...
Continue
Hilton Molino Stucky: starry lagoon
Caorle and Chioggia are seaside villages to visit slowly to appreciate all their seduction, but it is unthinkable to leave the province of Venice without going to the discovery of the Serenissima and its malia. In fact, in this historic and ancient maritime republic, Hilton Molino Stucky Venice allows you to rediscover the delicious flavors of classic cuisine in the fifth of the terrace of the Aromi restaurant, overlooking the Giudecca canal ...
Continue
Recipe: Caorle Polenta Cake
Torta Polenta belongs to the culinary culture of Caorle, a small town in the province of Venice near Jesolo.The peculiarity of this typical recipe lies in its name, since polenta does not appear among the ingredients. A real paradox that finds light in the fact that according to tradition, and just like polenta, both are presented on a cutting board. But that's not all, the cake is also reminiscent of polenta in its aesthetic form. Ingredients for the sponge cake6 eggs
Continue
Recipe: Brodetto di Caorle, the treasures of the sea in the village of Caorle
In the past it was the protagonist on the tables of the fishermen's families: the broth of Caorle - or "broetto", in Venetian dialect - is a unique dish based on fish and can be eaten alone or served together with the proverbial and local white polenta or even with slices of homemade bread. It can be tasted in infinite combinations because every inhabitant has its own secret that makes it unique and its simplicity tells the story of the sea, when during the navigation the fishermen improvised recipes with what they had available from the ...
Continue
Recipe: the Pinsa, the typical Veneto dessert of the Epiphany
ALSO FOR VEGETERIANS The Pinsa, or Pinza, is a typical dessert of Veneto, Friuli and some valleys of Trentino. Even with the same name are also desserts completely different depending on the location, but in the northeastern regions has some simple and special features, and you can find two very distinct variations, the leavened Pinsa, typical of the area to the left of the Piave, and the unleavened Pinsa, typical of the area to the right of the Piave. The ingr...
Continue