Share
Muggia is a characteristic town with an istro-venetian aspect. Arriving in the picturesque dock, it almost seems to enter the streets and squares. The Venetian-style atmosphere is not only breathed thanks to the architecture: even the dialect, customs and gastronomic traditions reveal an intense past shared with the Serenissima Republic. 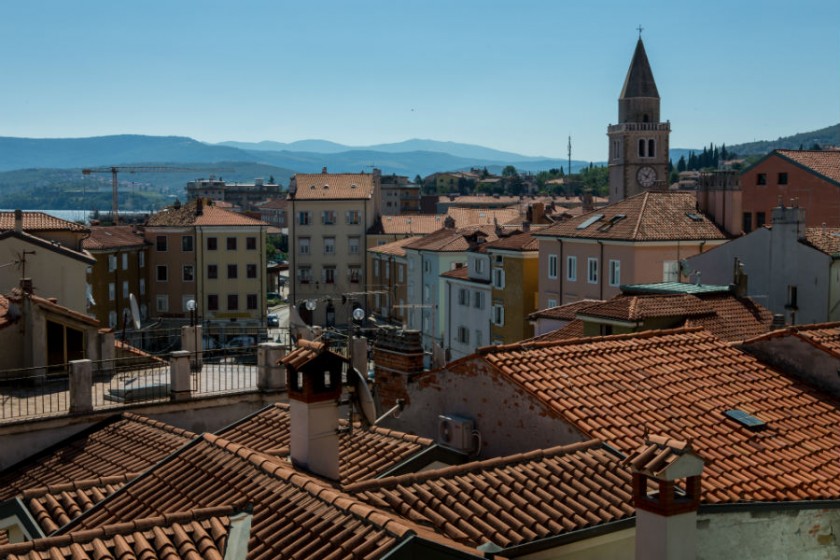 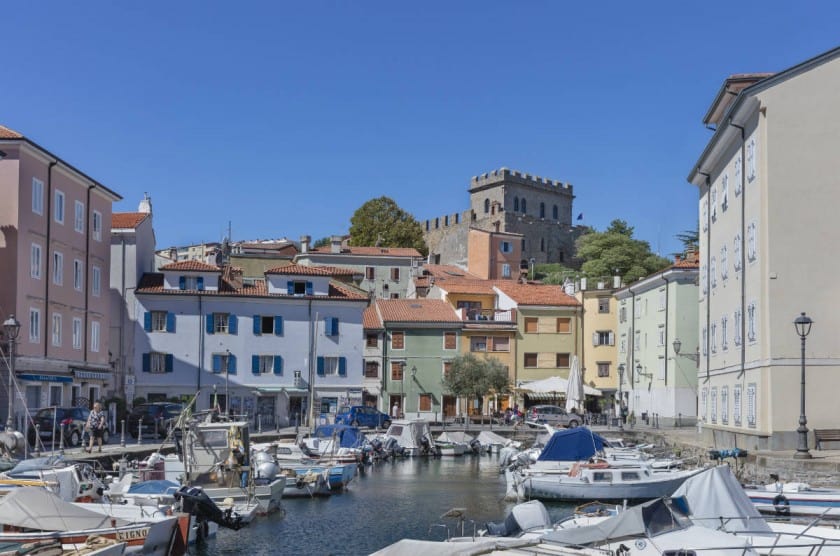 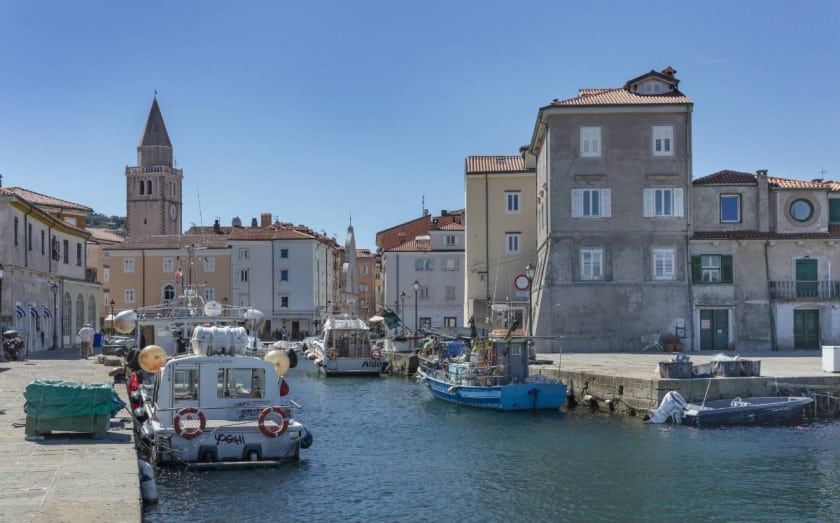 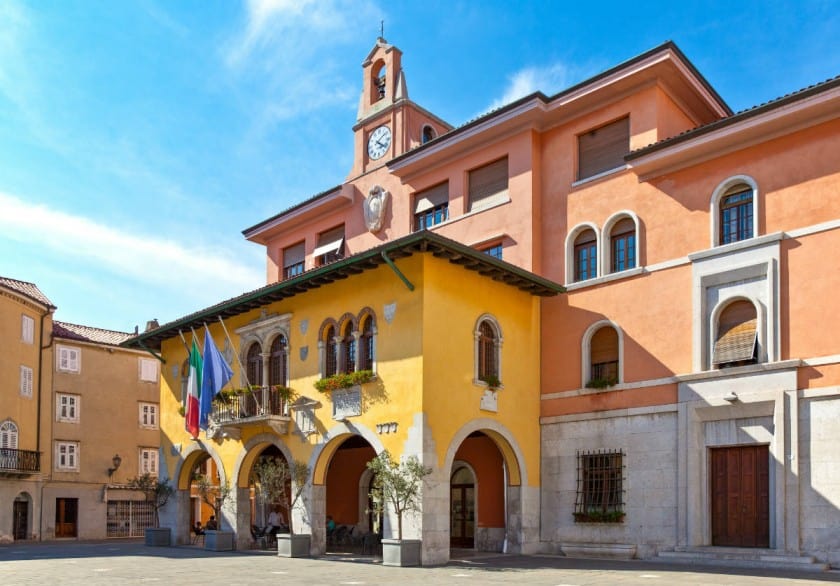 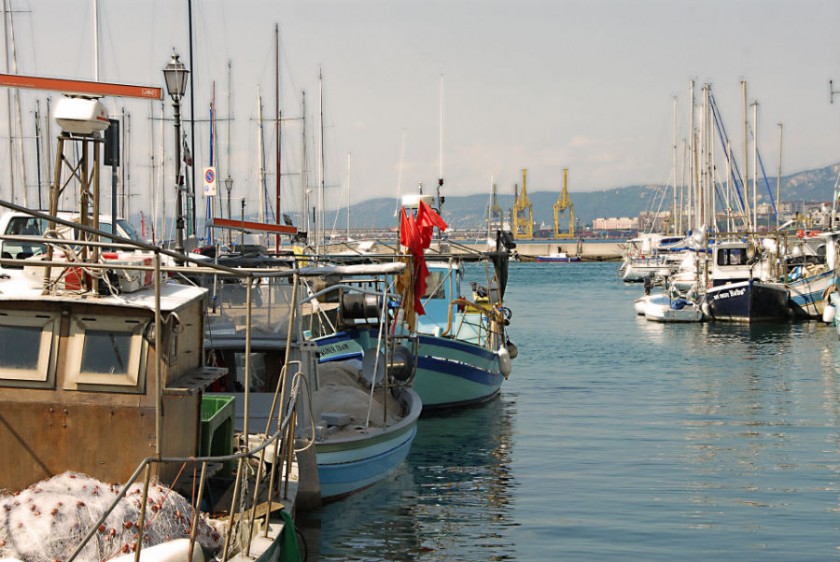 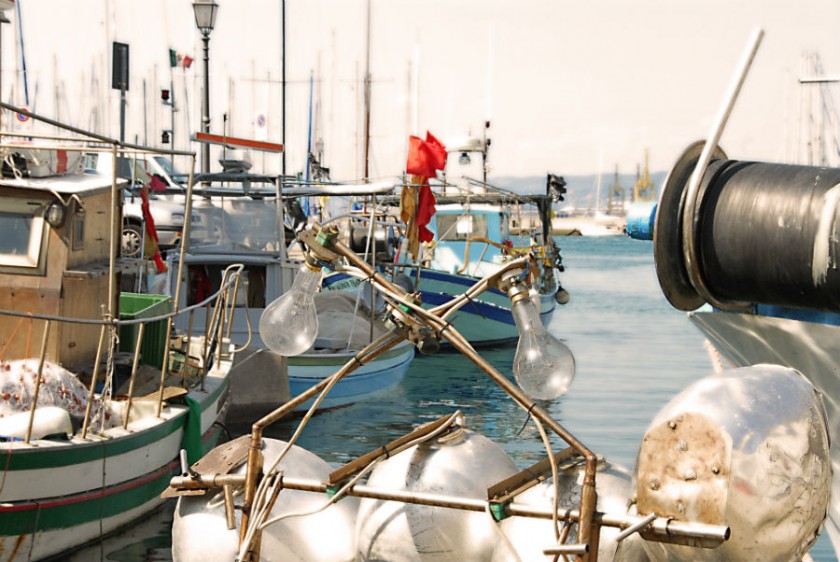 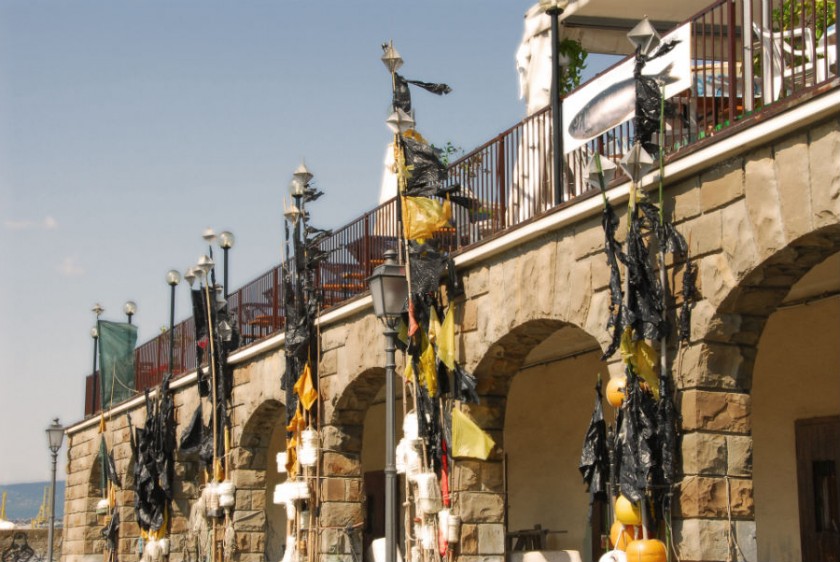 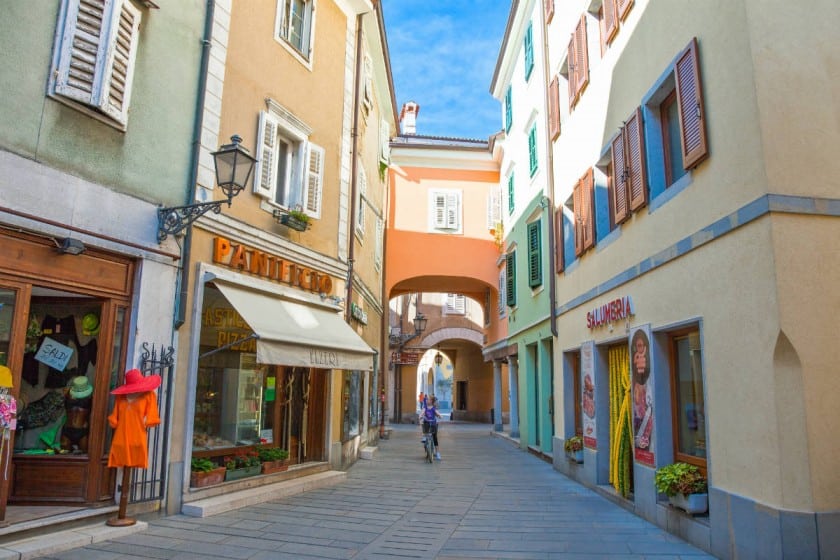 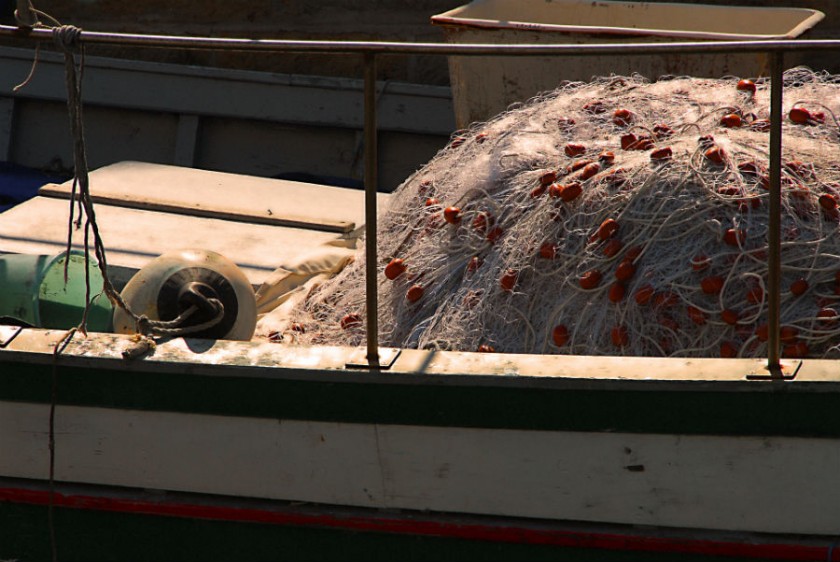 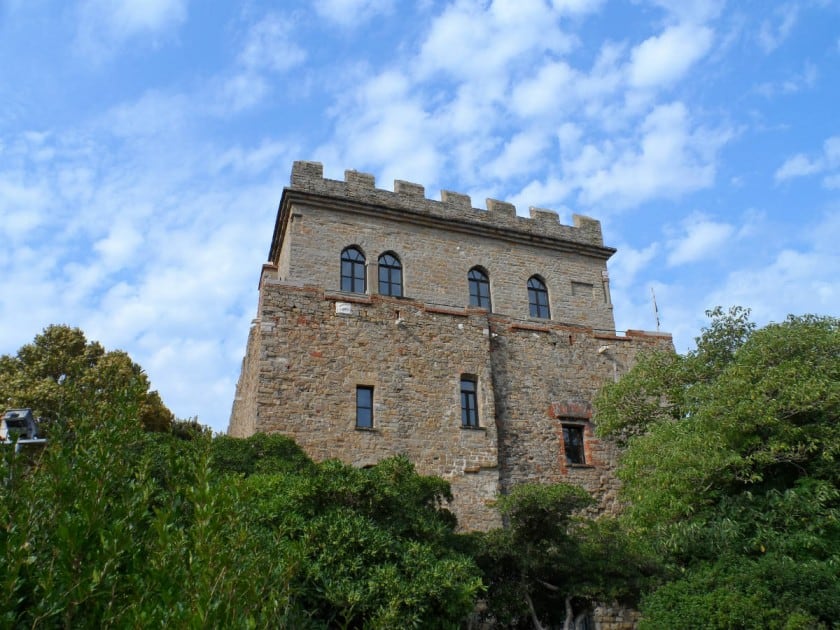 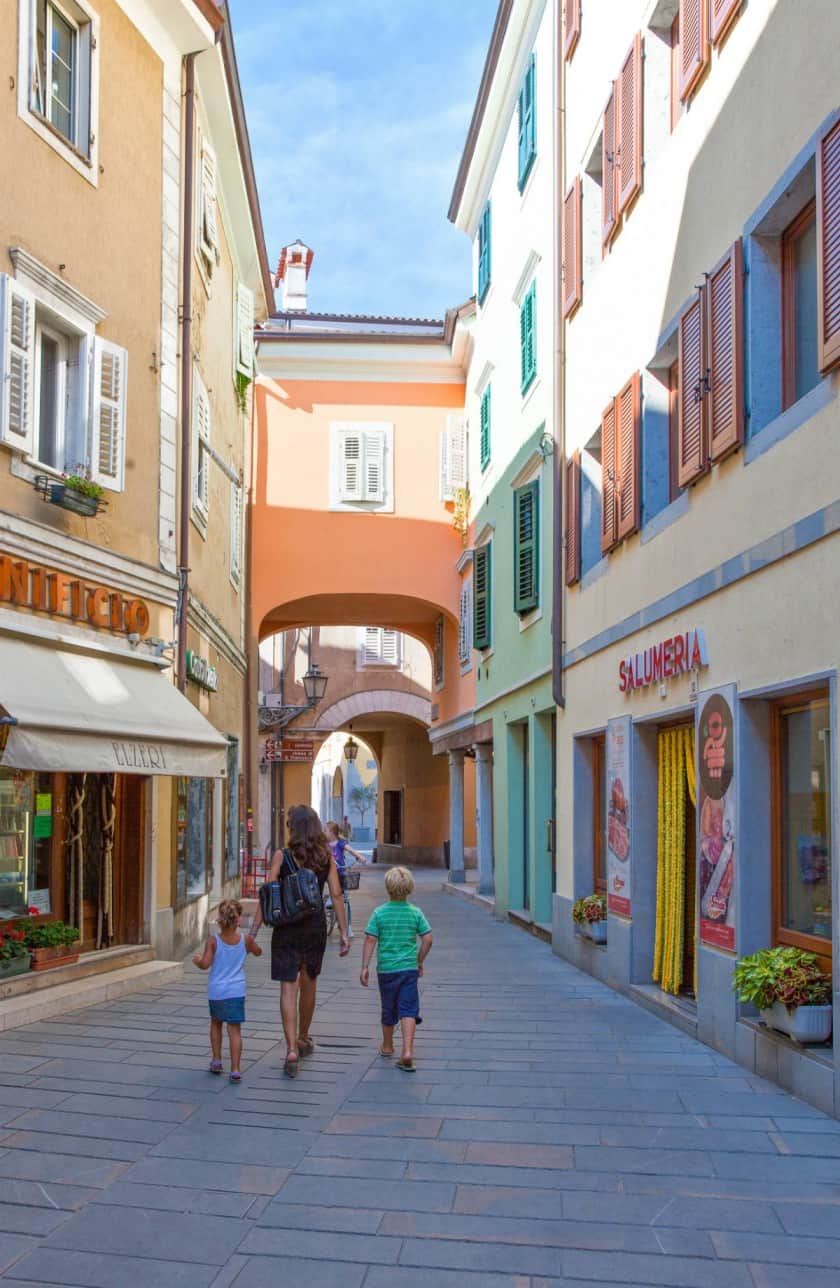 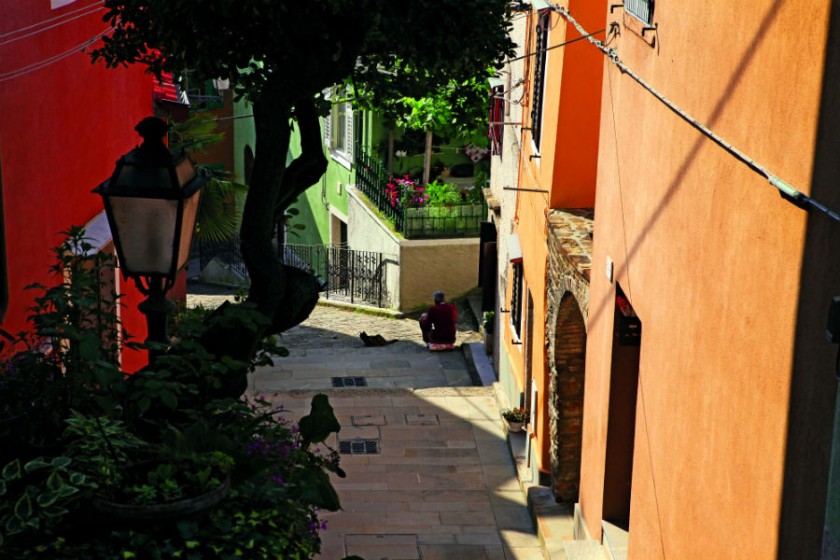 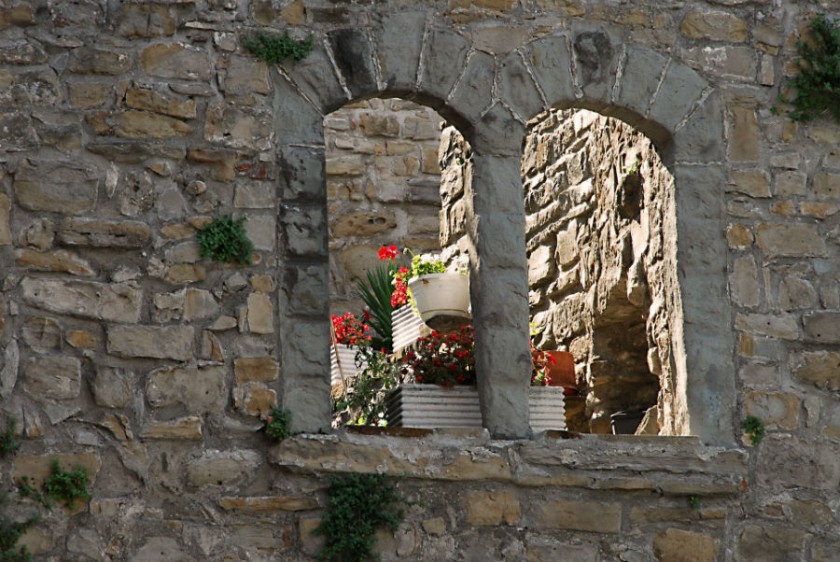 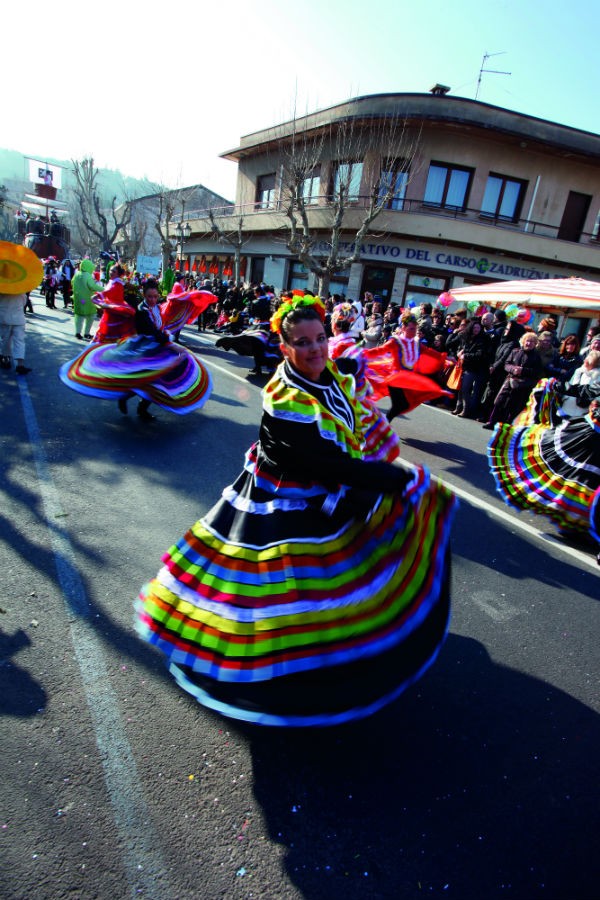 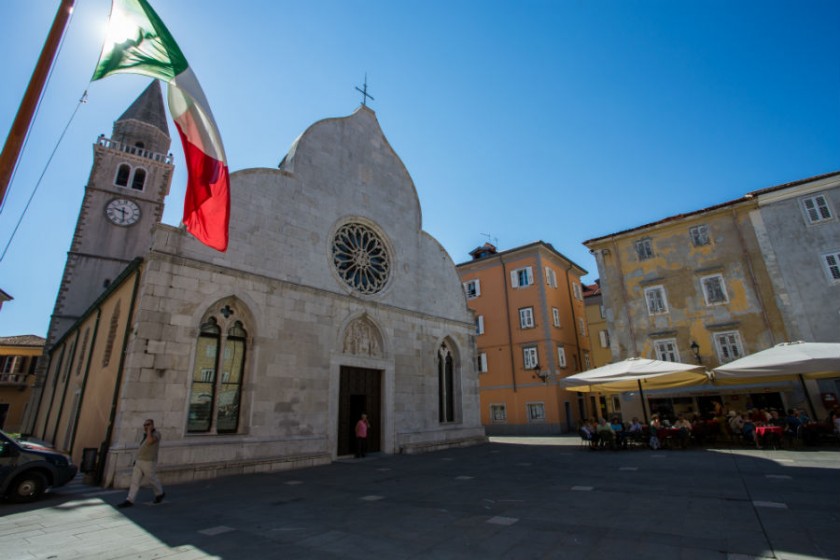 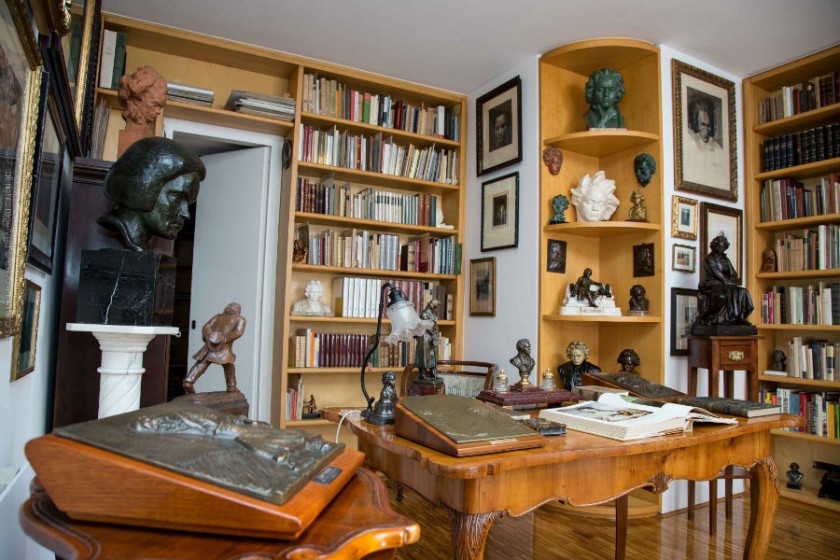 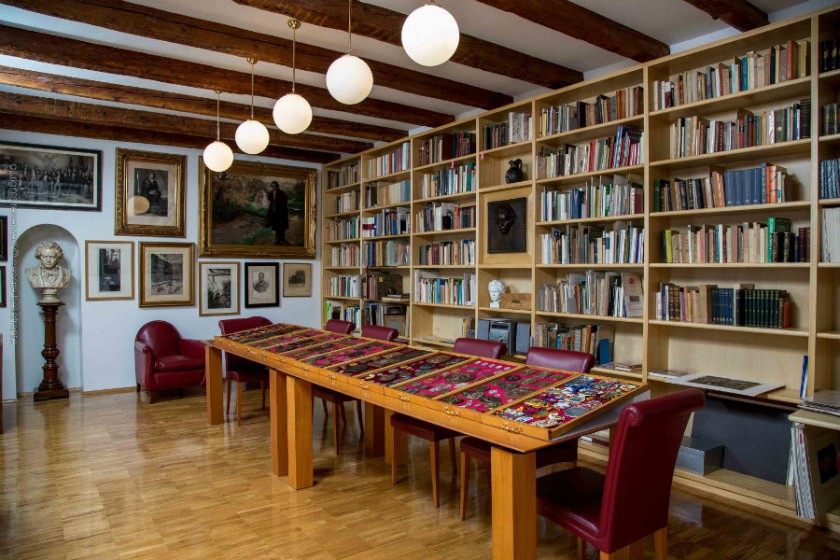 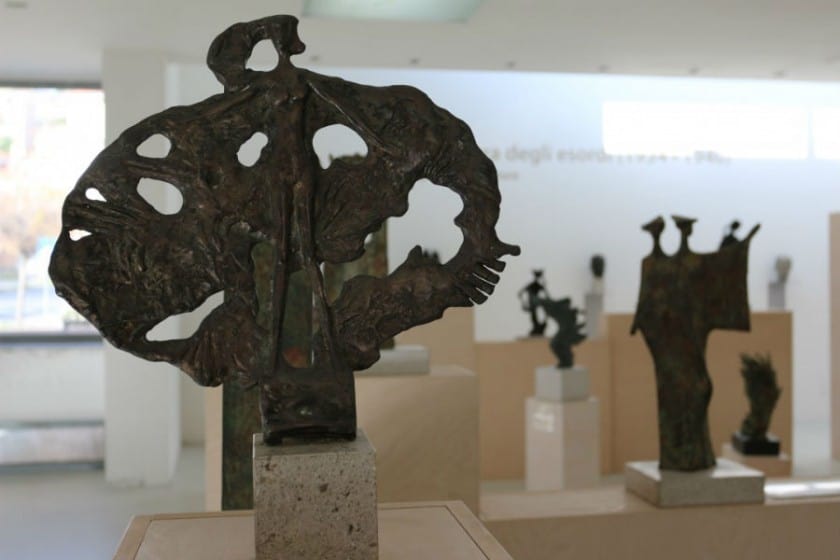 There were two main protohistoric settlements hills of muggesana peninsula, to Elleri (Middle Bronze Age, 1600 a.C.) and the one placed on the site, today called Muggia Vecchia (Iron Age, VIII and VI century a.C.). After the beginning of the roman penetration in Friuli and the foundation of Aquileia in 181 a.C., the muggesano territory was conquered together with the rest of Istria with campaigns in 178-177 B.C. after the fall of the Western Roman Empire, the territory muggesano sottostette to various dominations of the Longobards, the Byzantines and the Franks and in 931 the land of Muggia was donated by the king of Italy Ugo and Lotario to the patriarchate of Aquileia. In 1353 the Castrum on Colle underwent a heavy incursion by the dirimpettai Trieste can, that put in knee the community, already in phase of slow transfer in Borgata at sea, in phase of enlargement. With the loss of the temporal power of the Patriarch of Aquileia in 1420, the now consolidated Muggia downstream chose to submit to the Republic of Venice with an act of dedication. Already in the thirteenth century we find mentioned a village on the sea, called Borgolauro, which was enlarged in the course of the centuries and fortified by strong walls and towers and for the most part are still visible today.

After the end of the Republic of Venice (1797) and completed the alternate napoleonic presences in 1813, the town passed under Habsburg rule until 1918, then was annexd to the Reign of Italy in 1921, after the first world war; once the second, after forty days in the presence of the Yugoslav army, took over the administration anglo-american until 25 October 1954 and then the Italian one from that date. In this occasion was corrected the border and the municipal territory lost a good half of its territory on the southern side, with a consequent and painful "exodus inside".

In the 1858 s the began the construction of the Shipyard San Rocco, set up in the hamlet of the same name for the will of the family Strudthoff. Soon it became a point of reference for the shipbuilding industry, that attracted labor from Venice and from neighboring territories. In the seventies of the XIX century was built the dry dock, the largest private structure of this type present at the time in the eastern Mediterranean. The yard was downgraded at the end of the XIX century with consequent and heavy repercussions on the working class town. A dangerous mass exodus toward the nearby Trieste was dammed, constituting the Shipping Company Muggesana (1897) following municipalizzata, which allowed a daily movement of labor in the yards of the opposite shore of the gully. After the second world war were developed yards Martinuzzi and Felszegy, the latter had resonance and reputation at international level, to then continue with other names, up to be closed following the crisis in the sector. At the end of the XIX century there was still a few elderly, expressed in muglisano, a Ladin spoken to consider as a variant of the Friulian language. The testimonies of this idiom were collected by the abbot Jacopo Horses and published on the magazine triestina Archeografo Triestino in 1894.

Muggia, placed at the extreme edge of levante the italic peninsula popularly Muia and Slovenian Milje, proposes the characteristics architectures of the coastal villages of Istria. The town is separated from Trieste from a broad valley, in the middle of which passed the state border between the house of Austria and the Republic of Venice until 1797. The secular relations with Venice you highlight in the perspectives that you capture walking for the streets of the town, rich of coats of arms and other decorations in relief and unique details as the graffiti of calle del Ghetto to then finish in the main square with the marvelous image of the facade of the duomo, cited and exemplary example of Venetian gothic architecture. At his right hand the building of the Town Hall, rebuilt according to the architectural lines of the moment following the fire in 1930. It should not be forgotten the church of the early years of the XIV century, with adjacent convent, belonged to the Franciscan Order; on the ruins of the convent was built the parish house in the mid-sixties (20th century).

The castle was built by the Patriarch of Aquileia, which the town belonged, beginning in 1375 (it was finished in 1399), in order to keep under control the ever restless Muggia, in particular after the motions, that saw the muggesano Raffaele di ser Steno, the faction wire veneta, seize the town and reggerne the fate dispoticamente for two years, by early November 1372 at the beginning of November 1374. Purchased in 1991, the sculptor muggesano Villibossi has reported to ancient splendour.

From the hill of Muggia Old enjoys a wonderful view on the gulf of Trieste and fin to the venetian lagoon when the sky is clear of beautiful weather. The local sandstone, already mentioned in the statutes citizens of 1333 and 1420, is still extracted in particular for selciature and small interventions of embellishment.

Do not miss the Carnival of Muggia or Carnevàl de Muia, with origins which are lost in the mists of time, a great show that from 1954 proposes every year allegorical floats ravvivati by a large following of masks from the colorful and flashy clothes.

The traditional foods are the soups or brodèti fish with polenta or fried fish. How Sweet the fritòle for Christmas, the cròstoli for Carnival, the pìnse and tìtole for Easter with xùza of Slovenian tradition, the classic gelatin made in house, characteristic in the hamlets devices.

the Municipality is part of:
Città dell'olio

SS14, Duino-Aurisina (Trieste)
22.12 Kilometers from Muggia-Muglae
Devin Castle
The Devin Castle is situated in the village of Duino, in Friuli Venezia Giulia.

Frazione Duino, 32, Duino-Aurisina (Trieste)
22.57 Kilometers from Muggia-Muglae
Duino Cliffs Natural Reserve
The Reserve extends along a strip of territory rich of tracks that bear witness to the transition...

Foresteria, 39, Duino-Aurisina (Trieste)
22.58 Kilometers from Muggia-Muglae
Antonio the Dinosaur
at the former limestone quarry located between Duino and the village of fisherman was found the s...

Pozzo c/o il Villaggio del Pescatore, SP33, Duino-Aurisina (Trieste)
23.87 Kilometers from Muggia-Muglae
Mithraeum's Cave
The Mithraeum of Devin, in Friuli Venezia Giulia, is a natural cavity where it is practiced the c...

SS14, Duino-Aurisina (Trieste)
23.96 Kilometers from Muggia-Muglae
Devin Castle
The Devin Castle is situated in the village of Duino, in Friuli Venezia Giulia.

Frazione Duino, 32, Duino-Aurisina (Trieste)
22.57 Kilometers from Muggia-Muglae
Duino Cliffs Natural Reserve
The Reserve extends along a strip of territory rich of tracks that bear witness to the transition...

SS14, Duino-Aurisina (Trieste)
22.12 Kilometers from Muggia-Muglae
Antonio the Dinosaur
at the former limestone quarry located between Duino and the village of fisherman was found the s...

Pozzo c/o il Villaggio del Pescatore, SP33, Duino-Aurisina (Trieste)
23.87 Kilometers from Muggia-Muglae
Mithraeum's Cave
The Mithraeum of Devin, in Friuli Venezia Giulia, is a natural cavity where it is practiced the c...

Find where to sleep in Muggia-Muglae

Travel proposals in Muggia-Muglae and in its territory

Explore the Giant Cave and Duino Castle - from 88 €
Discover two of the most extraordinary places in Friuli, starting from Trieste.
| Travel proposal valid until: Tuesday 25 april 2023
4 hours | Valid all year round | Max: 15 people

Recipe: Jota, the tasty minestrone of the Friulian villages
In the past, the jota was based on essential and protein ingredients: sauerkraut, beans and cornmeal. The only concession to the throat was given by the pestat, a mixture of lard and aromatic herbs. Nowadays this typical cuisine cooked in the villages of Friuli-Venezia Giulia - also present on the tables of the provincial capitals - is served all year round and, depending on the climate, hot, cold or lukewarm, usually accompanied by wine glasses of the Carso that enhance its flavor. The jota also represents the pleasure of meeting and lig...
Continue
Recipe: Chifel from Muggia (Trieste)
ALSO FOR VEGETERIANS Chifel or chifeletti are an original recipe of Friuli Venezia Giulia, and particularly of the Trieste area, made of smashed potatoes, flour, butter and eggs. Once fried in a big amount of oil, they are great to taste as a first course or as a side. The name comes from the word Kipfel, which in German means half-moon, and, in fact, it recalls the classic half-moon shape of this specialty of the city. However, want to introduce you to...
Continue